Disclaimer: I’m the new Community Leader for This Mum Runs in Cardiff but wrote this post for Cardiff Mummy Says because I love the organisation so much and want to promote what they do rather than this being an official part of my job.

If you follow my Cardiff Mummy Says Facebook and Instagram social media accounts you’ll have seen I’ve started working with This Mum Runs as their new community leader for Cardiff.

I’m so proud to be part of this amazing organisation which inspires, empowers and supports women of all ages and levels of fitness to take control of their health and well-being through running and to make time for them, away from their families, jobs and busy lives.

I’ve been documenting my own running journey here on Cardiff Mummy Says over the last year or so. I started running again for the first time in more than 10 years in December 2017 and went from barely being able to run for five minutes before being out of breath, to running a half marathon 10 months later. Although I had run before, I’d never run this far or this consistently. I’ve achieved things I never thought possible.

Running (just like yoga, my other love) has given me so much, not just physically but mentally and emotionally too. I feel stronger and calmer when I run. I feel more focused and in control. And I know lots of you feel the same. The response I get when I write about running is always incredible, so to be able to support other women on a wider scale with This Mum Runs is something I feel truly privileged to be able to do.

Today – at 9am in the wind, rain and mud – This Mum Runs officially launched in Cardiff with 50 women turning up for a half hour run in the beautiful grounds of Bute Park. 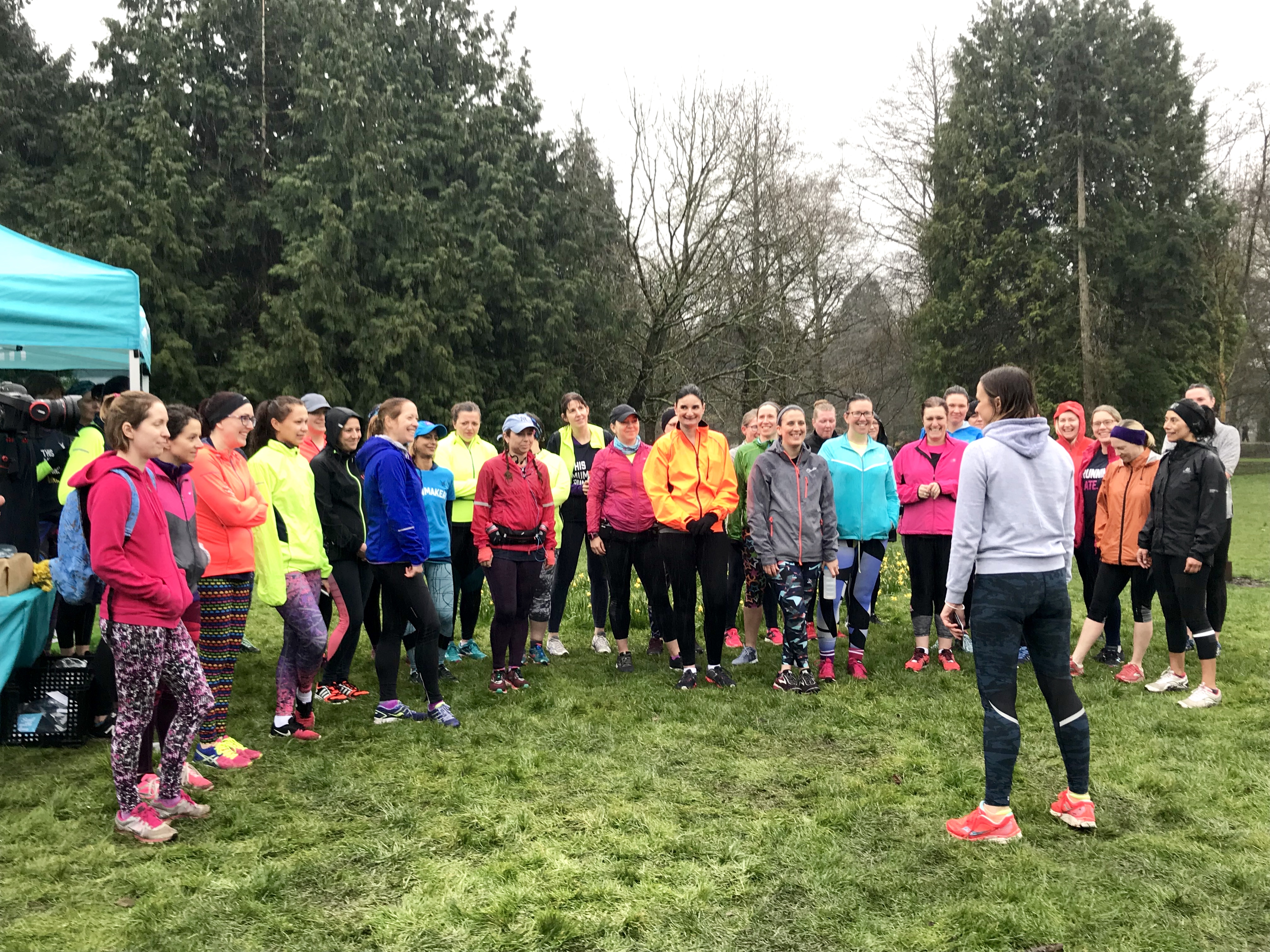 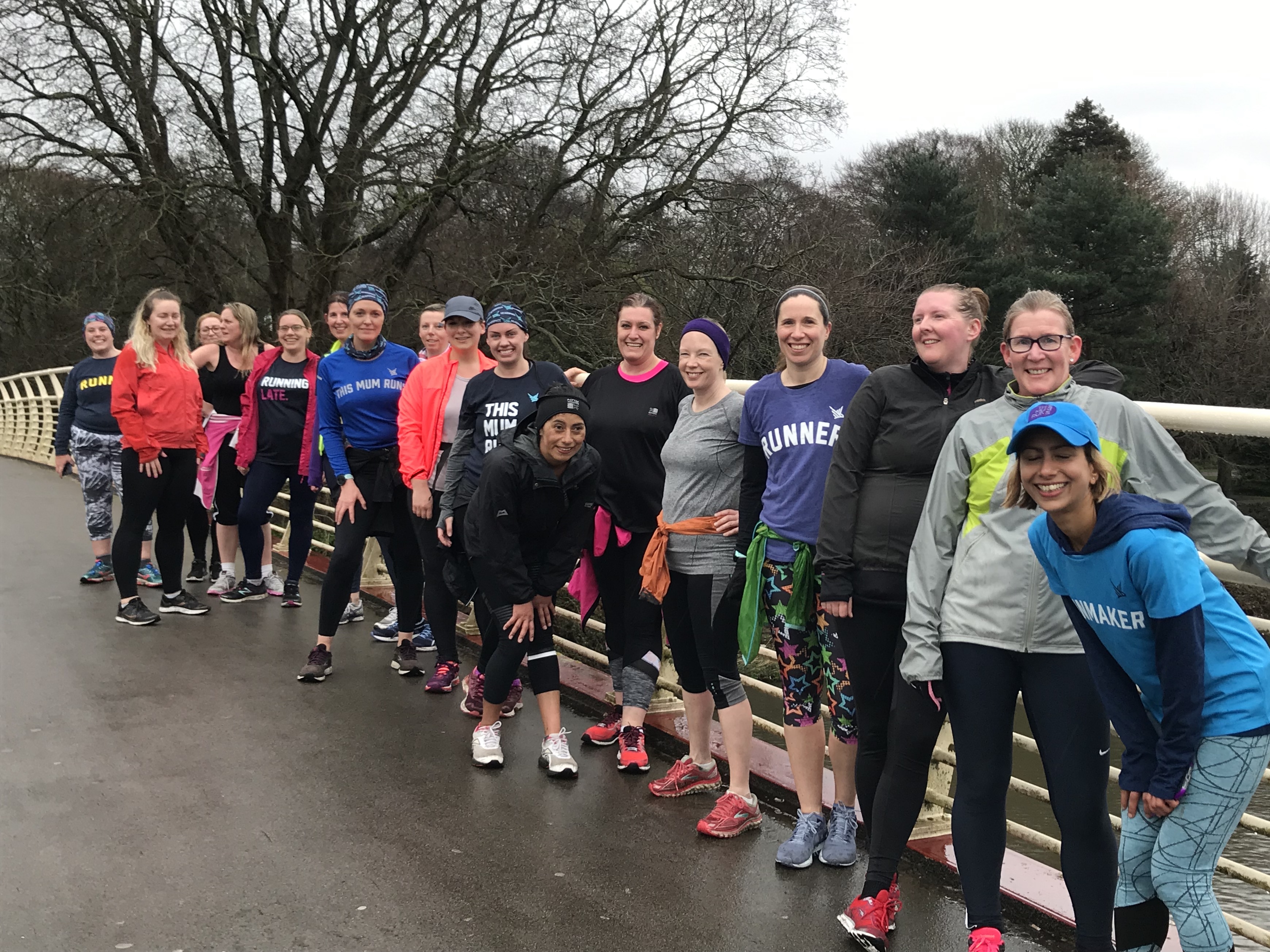 The ever-inspiring Mel Bound, who founded This Mum Runs quite by accident, gave an introduction to the organisation. Back in 2014 Mel, who lives in Bristol, was a mum of two young children wanting to get back to fitness. She posted in a local mums’ Facebook group that she was looking for a running buddy – and 75 women turned up to meet her. Week upon week, women of all levels of fitness ability joined Mel to run.

But it was a post from a mum who said, “I’m a porky, unfit mum of two and I’ve been inactive for the last 20 years. I’ve loved seeing your photos of you guys going out for a run, but I can’t run for a bus. I can’t come with you.” that stopped Mel in her tracks. She was devastated that someone in her community was feeling this way. Not to mention the dozens of other women who replied saying they felt the same. It made Mel realise that while she thought her group had been inclusive, for some women it wasn’t inclusive enough. And so Mel promised to teach the first 15 women who responded to run, taking them from not being able to run at all to running for 30 minutes. 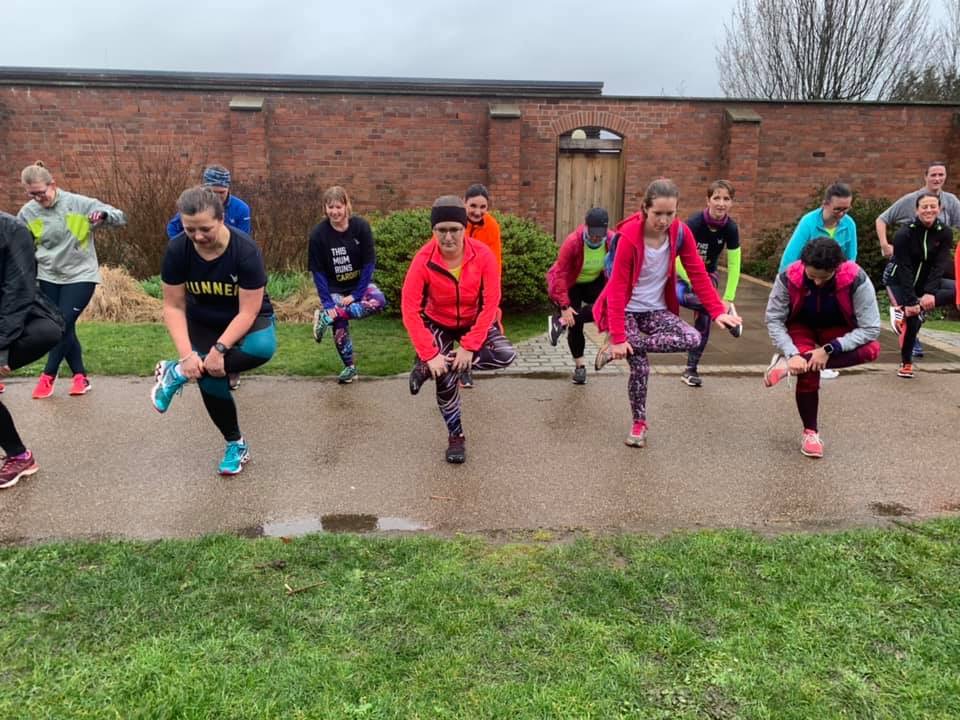 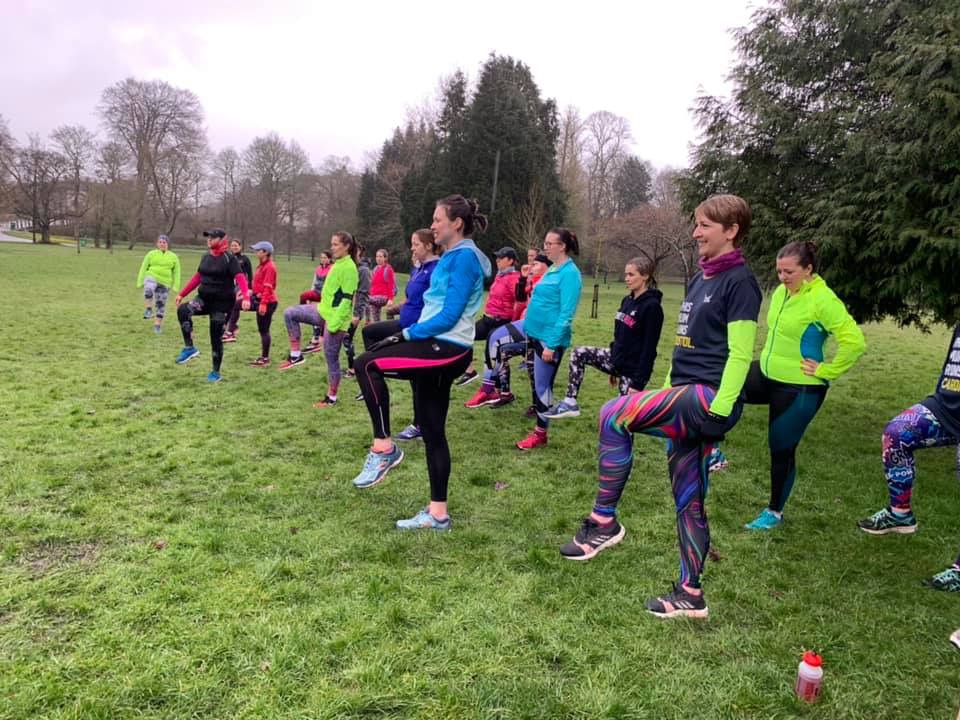 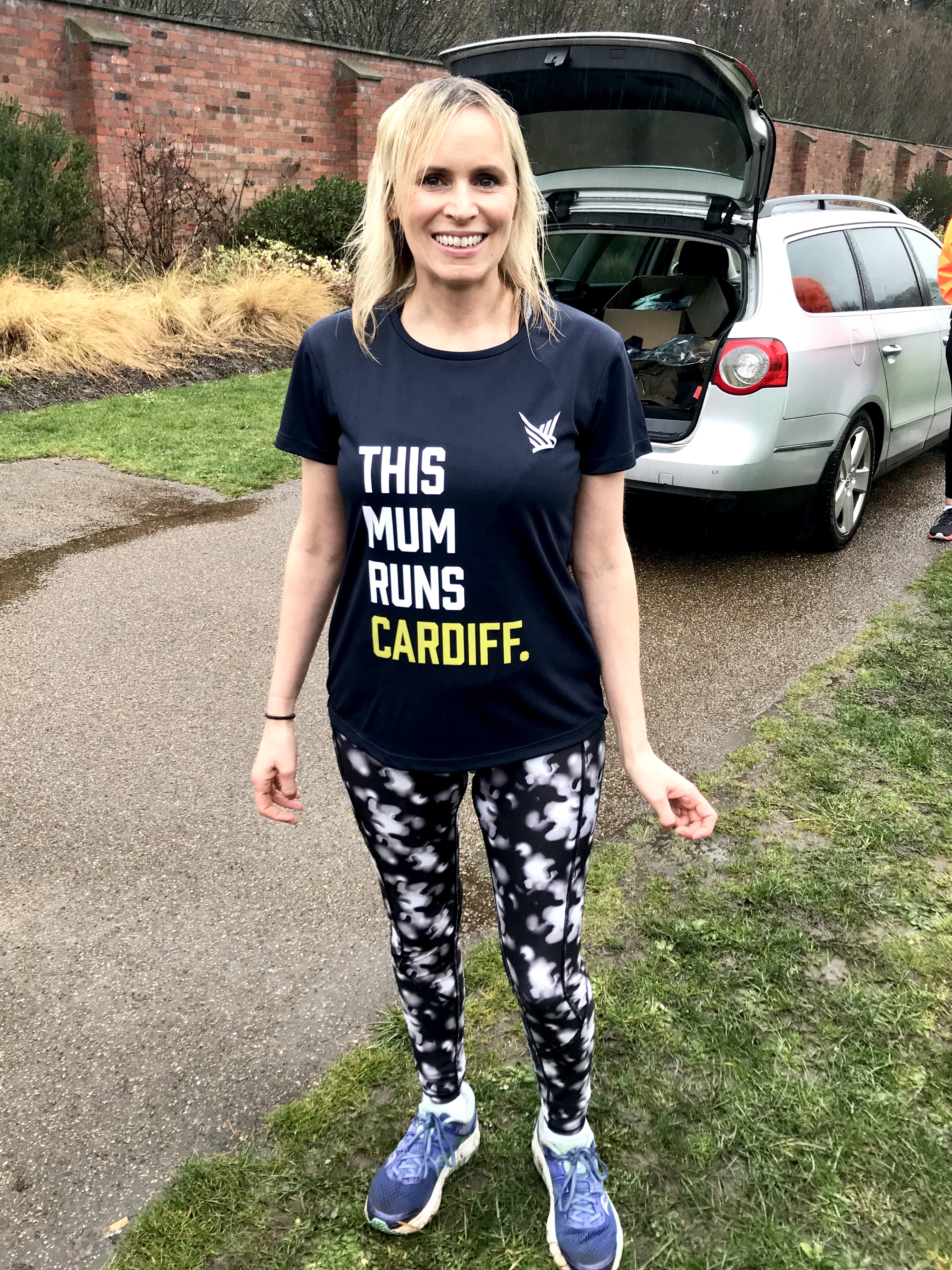 This Mum Runs is now a community of more than 50,000 women, and its growing by the day. Thousands of runners take part in hundreds of free weekly runs in cities including Bristol, Bath, and London. The organisation has supported hundreds of women to learn to run through its training programmes. They make some amazing clothing including slogan t-shirts and jumpers. They’re planning to launch in 10 more cities this year plus have just launched Military Mums – women in the military often struggle with isolation, mental health problems and other challenges due to the nature of their lives, which can involve frequent moves and the stress of their partners being away in war zones. This Mum Runs is also involved in a Social Prescribing pilot working with GP practices in Croydon. GPs can refer women to TMR for many reasons including postnatal depression, weight issues, diabetes, etc. TMR is offering free programmes where the women can come along and run a couple of times a week.

And now they’ve come over the bridge to Wales, having officially launched in Cardiff today.

Following today’s launch run, This Mum Runs Cardiff will begin offering free weekly 30-minute runs for women at 8am every Sunday morning, meeting at Roath Lake. Once these runs are established, the organisation will look to offer runs in different areas of the city, as well as Wednesday evening runs and longer 45 and 60 minute runs. TMR will also begin to offer its training programmes for those women who have never run before. 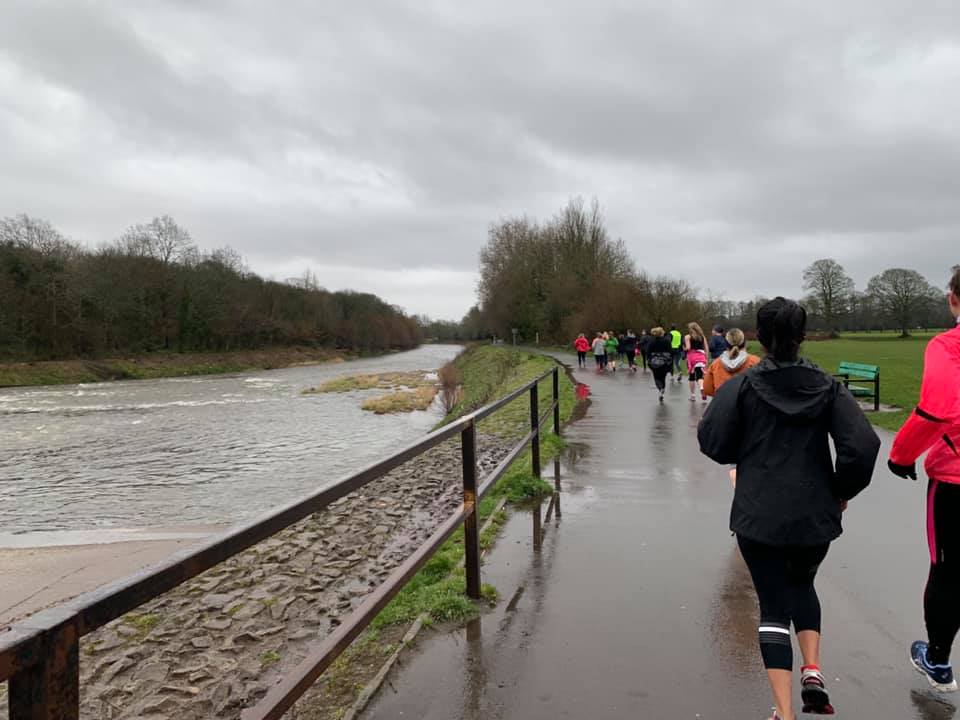 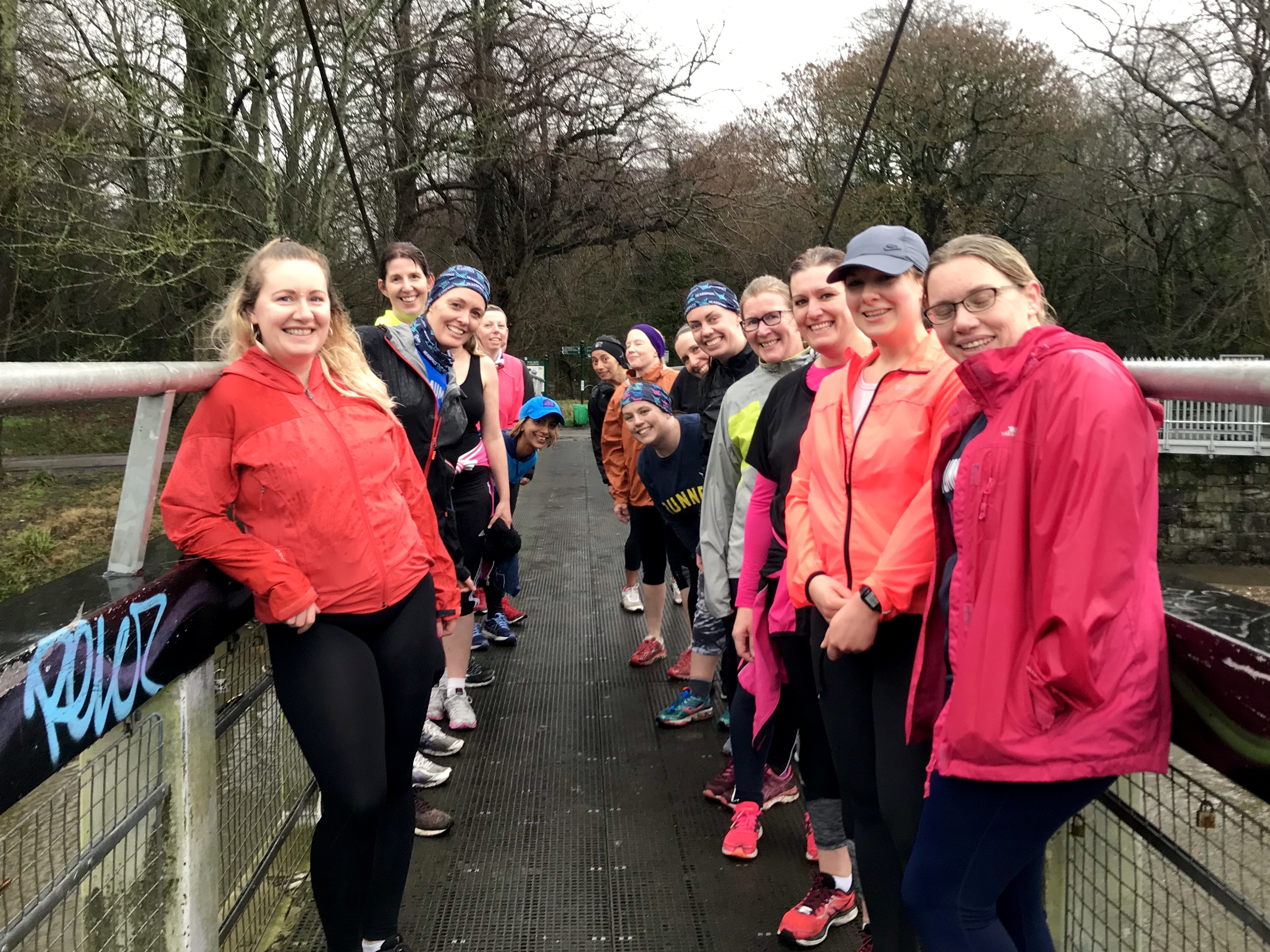 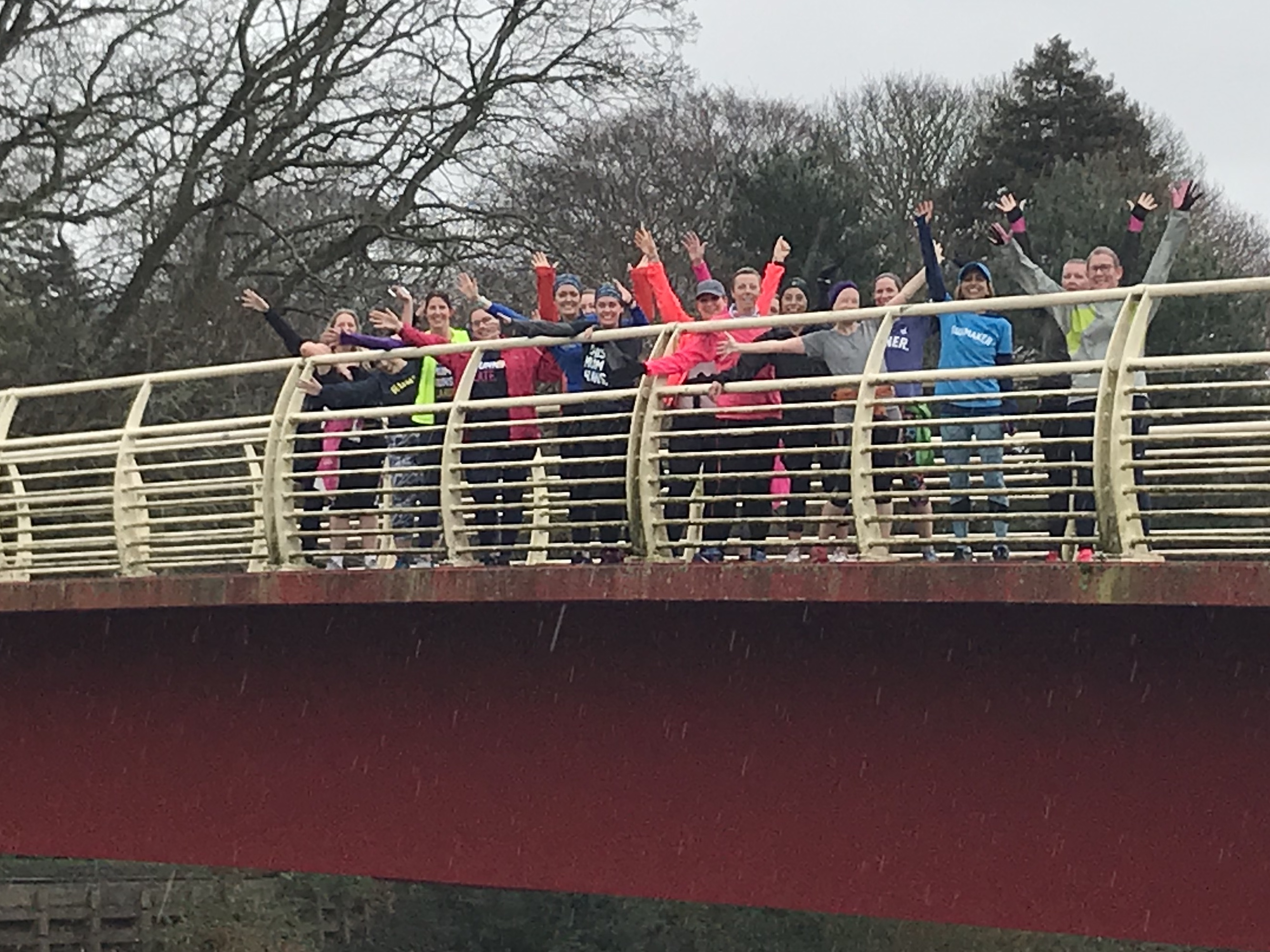 Being inclusive is central to This Mum Run’s approach to running. The weekly runs are led by volunteer Run Angels who ensure that everyone runs as a group, no one is left behind and that everyone has someone to talk to.

We do this through a technique called ‘looping’ where those at the front turn around and run back on themselves, joining the back of the group so that everyone gets a go up front. This Mum Runs recommends being able to run for 30 minutes before joining in with the weekly runs – but speed isn’t important.

There are six of us who have just completed the Run Angel training in Cardiff – but it was great to have a group of experienced Run Angels from Bristol on hand today to show us the ropes and to see that looping in action. It’s testament to the organisation that these ladies are so passionate about This Mum Runs stands for that they willingly gave up their Sunday morning to run in the rain in Cardiff. 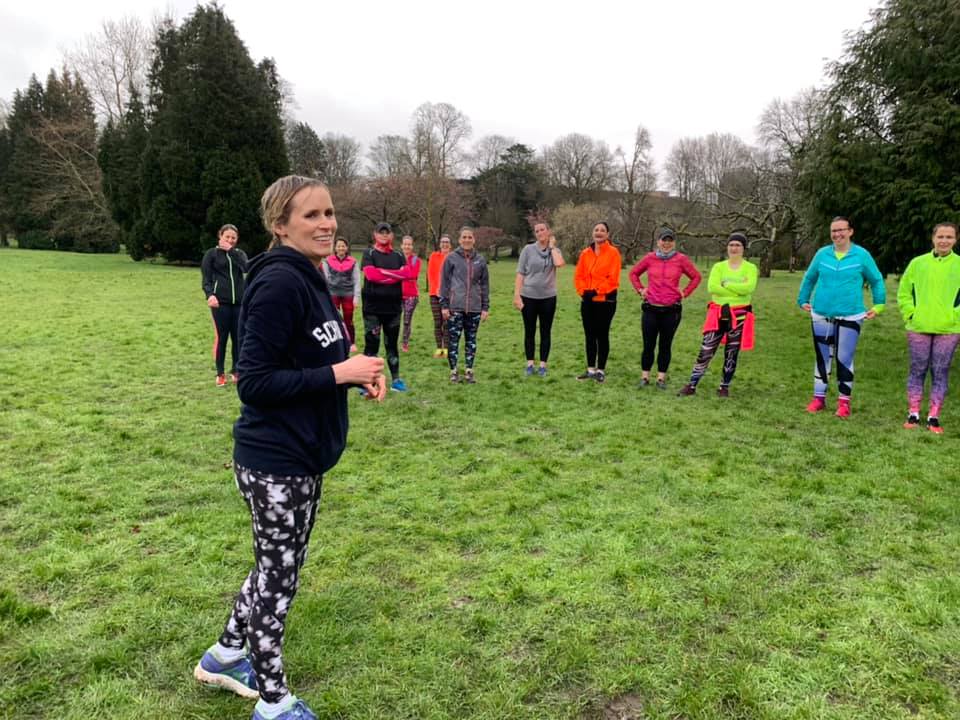 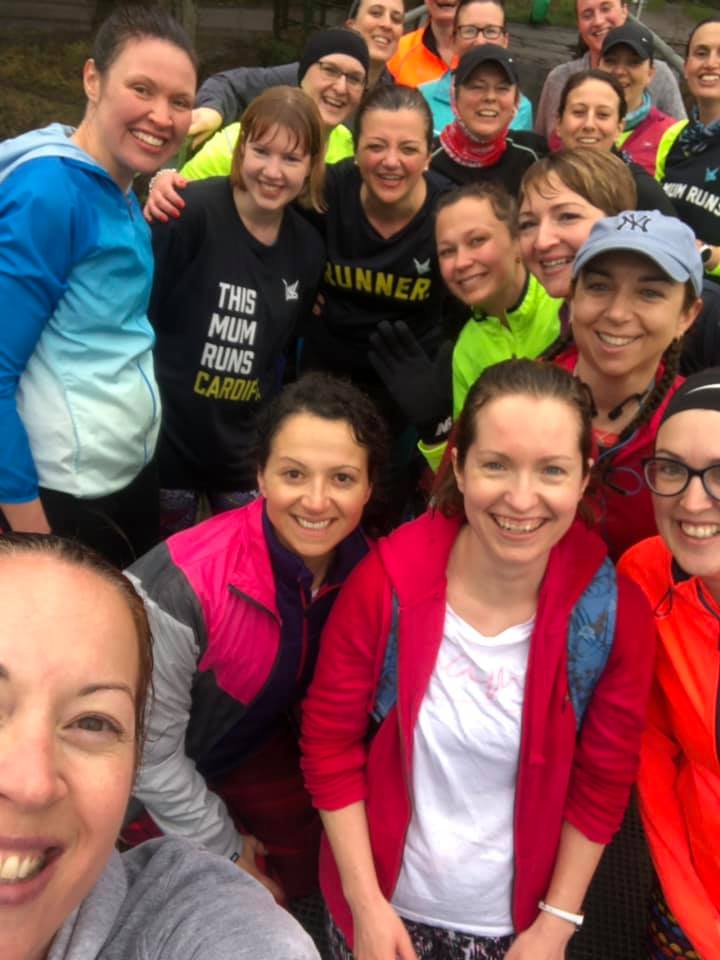 We run at the pace of chat. The runs are fun and friendly. And we never leave anyone behind.

More than one woman told me today that she hadn’t run that far in a long time and in some cases, ever.

Lots of mums told me being surrounded by like-minded women spurred them on.

I lost count of the number of mums who said they wanted to come to the next run.

I’ve been buzzing all day. I am so excited to be a part of this amazing community and can’t wait to see it growing in Cardiff and surrounding areas. We know that not everyone can make the weekly runs – so there’s plenty of support via the This Mum Runs social media channels too. Women post their running selfies – from the good runs and the bad. They ask questions. They answer. They support each other.

Thanks to all those who have already supported This Mum Runs. If it sounds like something you might be interested in then please don’t be shy about joining the group or coming along to a run. We would love to see you. 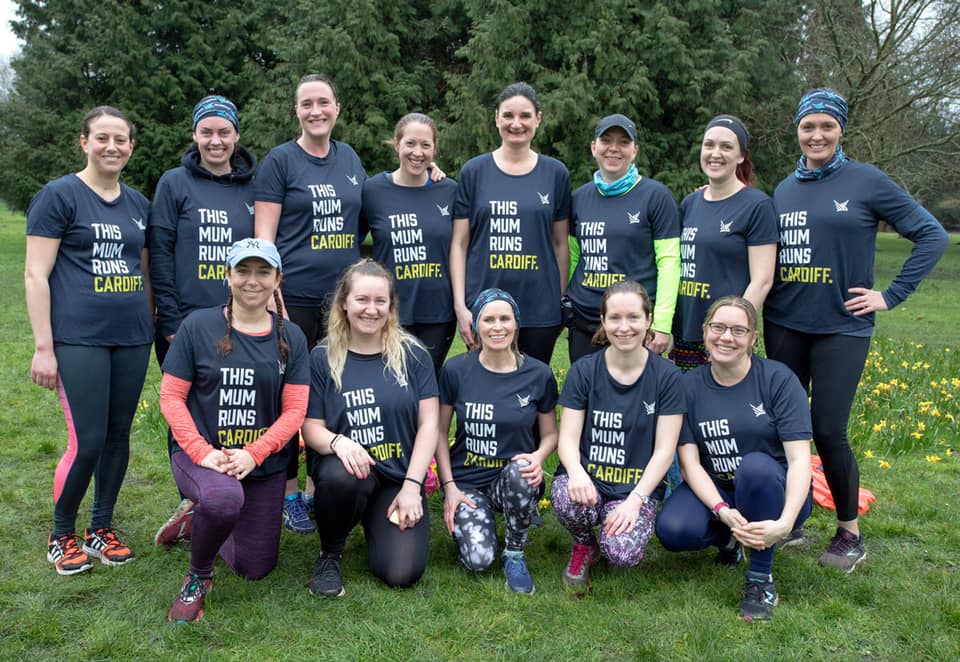 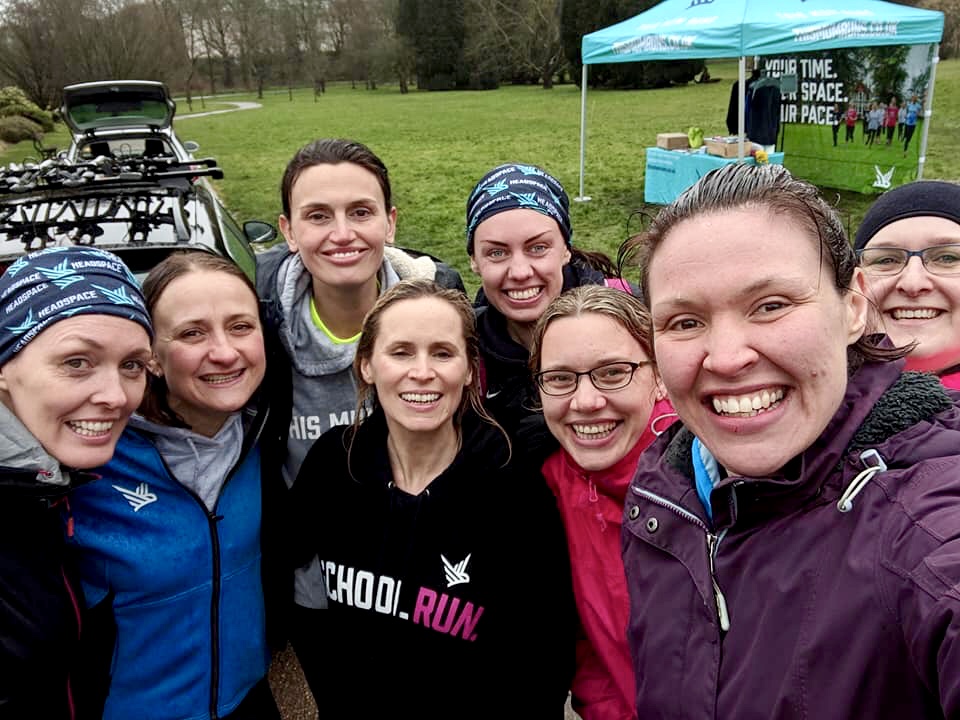 The This Mum Runs Cardiff Facebook group already has more than 500 members, supporting each other.

Thank you to the ladies at the event today who have kindly let me use their photos.