Like a lot of families, Roald Dahl’s Matilda is a huge favourite in our house. It is especially loved by my nine-year-old daughter who could give the book-loving character a run for her money with her passion for reading.

First published in 1988, the tale of the little girl who seeks revenge on her neglectful and cruel parents and bullying headmistress has sold more than 17 million copies worldwide and the 1996 film starring Danny DeVito and Mara Wilson has become a family classic in its own right.

The Royal Shakespeare Company’s musical adaptation has also captured the public’s imagination, having been seen by more than seven million people worldwide since it opened in 2010 and with more than 85 international awards to its name.

We’ve been waiting more than a year to see the show, ever since Wales Millennium Centre announced Matilda would be visiting Cardiff as part of its first UK tour. The soundtrack has been on constantly in the car, so much so that all five of us know the show’s songs off by heart.

Tonight’s press night fell in the same week as my daughter’s 9th birthday, and my children were so excited when they arrived at Wales Millennium Centre I thought they might burst. 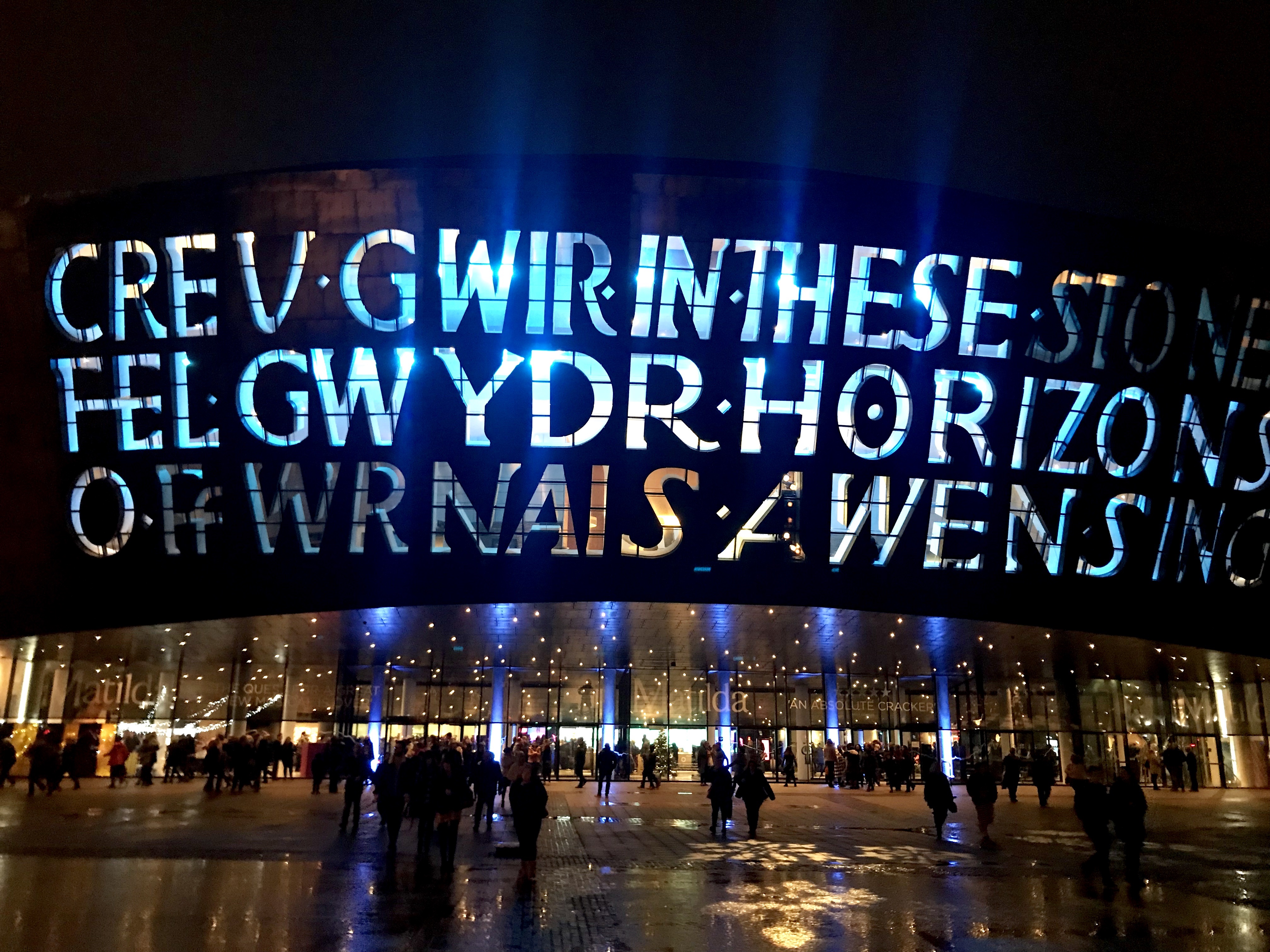 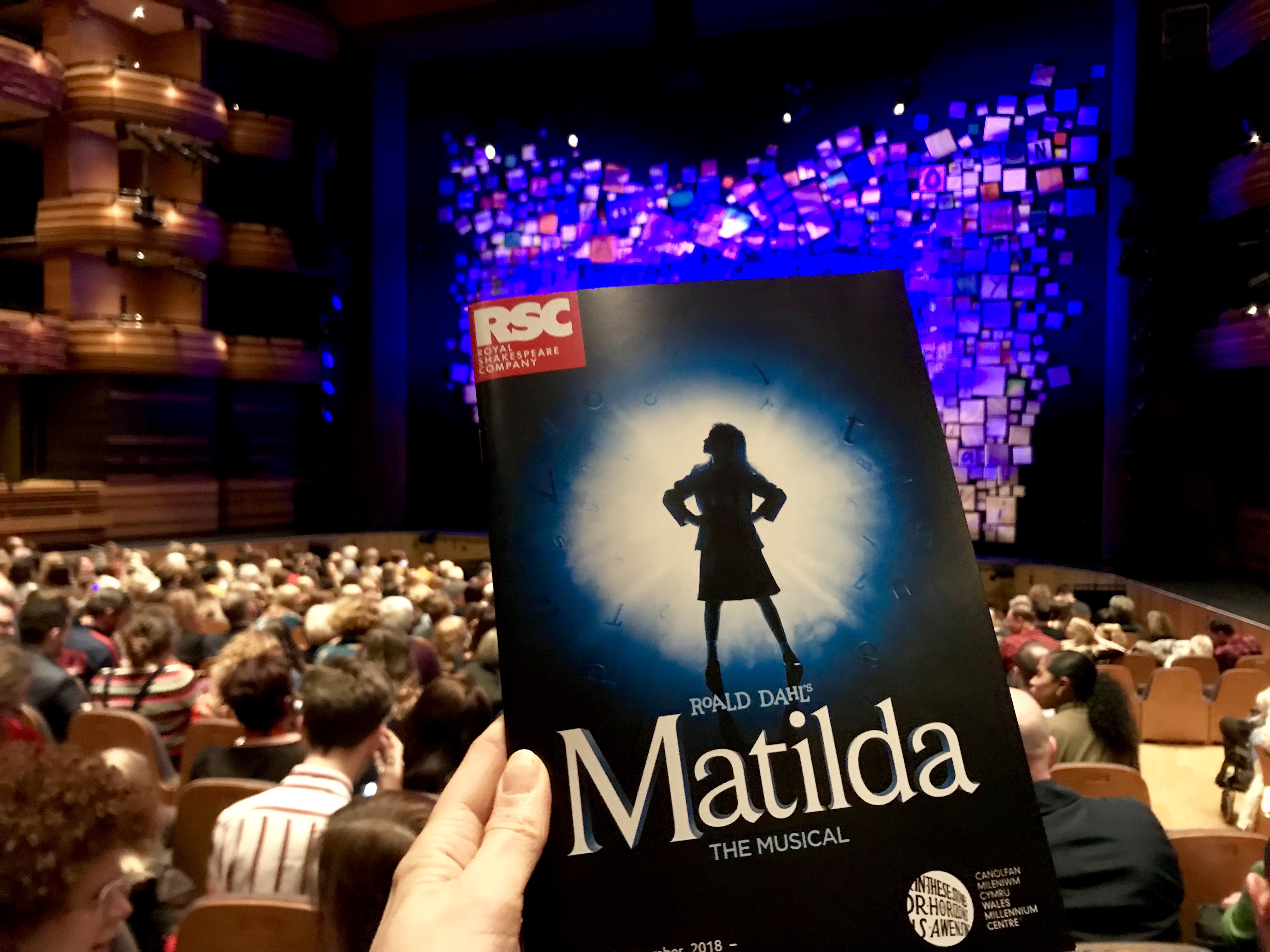 The centre has truly welcomed Matilda into the city where Road Dahl was born with the famous letters on its front lit up blue in honour of the show. Lego Matilda is now on display in the foyer, joining the six other brick characters of some of Dahl’s most famous child characters; and the press room was filled with blue balloons.

But would the show live up to our expectations? Yes, yes, and a hundred times yes! All five of us loved it from start to finish. Read on to find out why. 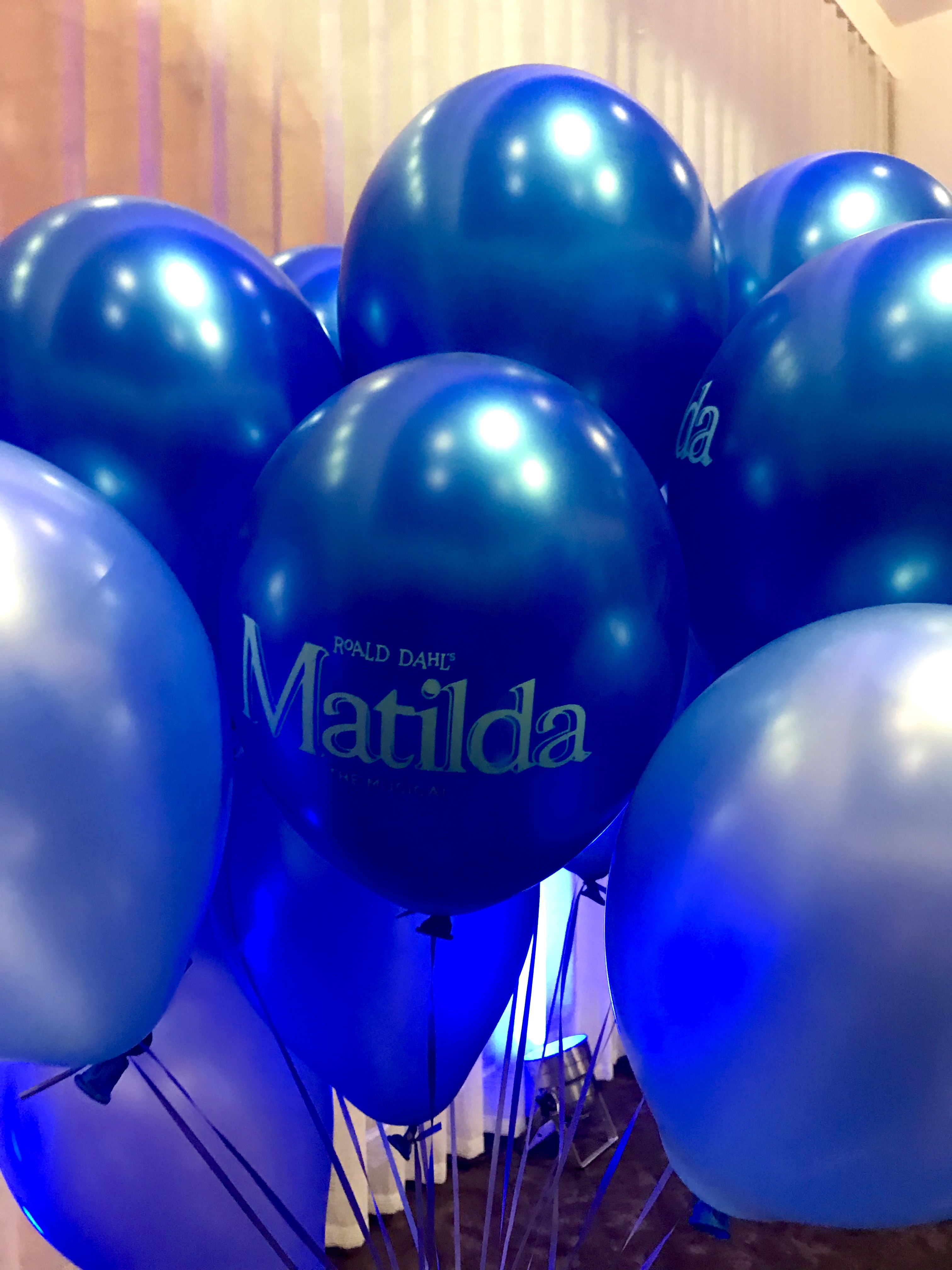 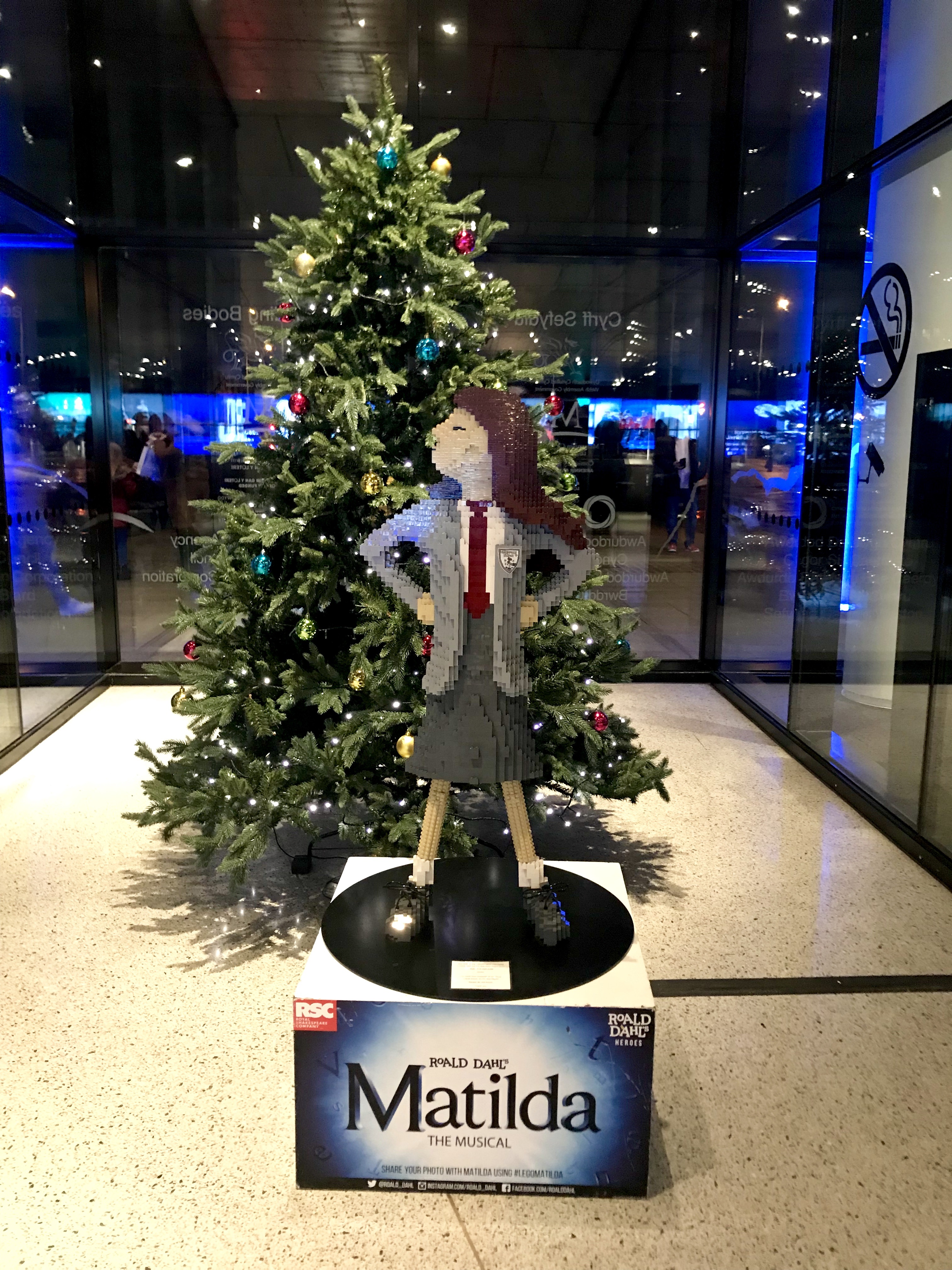 Our review of Matilda the Musical at Wales Millennium Centre

Written by Dennis Kelly and Tim Minchin, Matilda is wonderfully dark at times, but always with just enough humour and grotesque elements to break any tension and to avoid frightening the children in the audience. Roald Dahl is an expert at this in his books so it’s great to see the stage adaptation remaining true to his ideals and not sugarcoating it into something entirely different.

Much of this comes from the brilliant characterisations of the villains of the piece. Miss Trunchbull is an evil bullying tyrant but she’s played in drag by a charismatic Craig Els. Although he never slips out of her menacing personality, the fact the children can see it’s a man make her less scary.

Mr and Mrs Wormwood – Matilda’s parents – are equally good. Rebecca Thornhill’s Mrs Wormwood is an over the top ballroom dancer with big hair, loud clothes and a squeaky Cockney accent. We particularly loved her musical number Loud, in which she tries to persuade Matilda’s teacher the timid Miss Honey (played by Carly Thomas with a voice as sweet as her character’s name sounds) that she needs less flat shoes and facts and more big heels and hair. 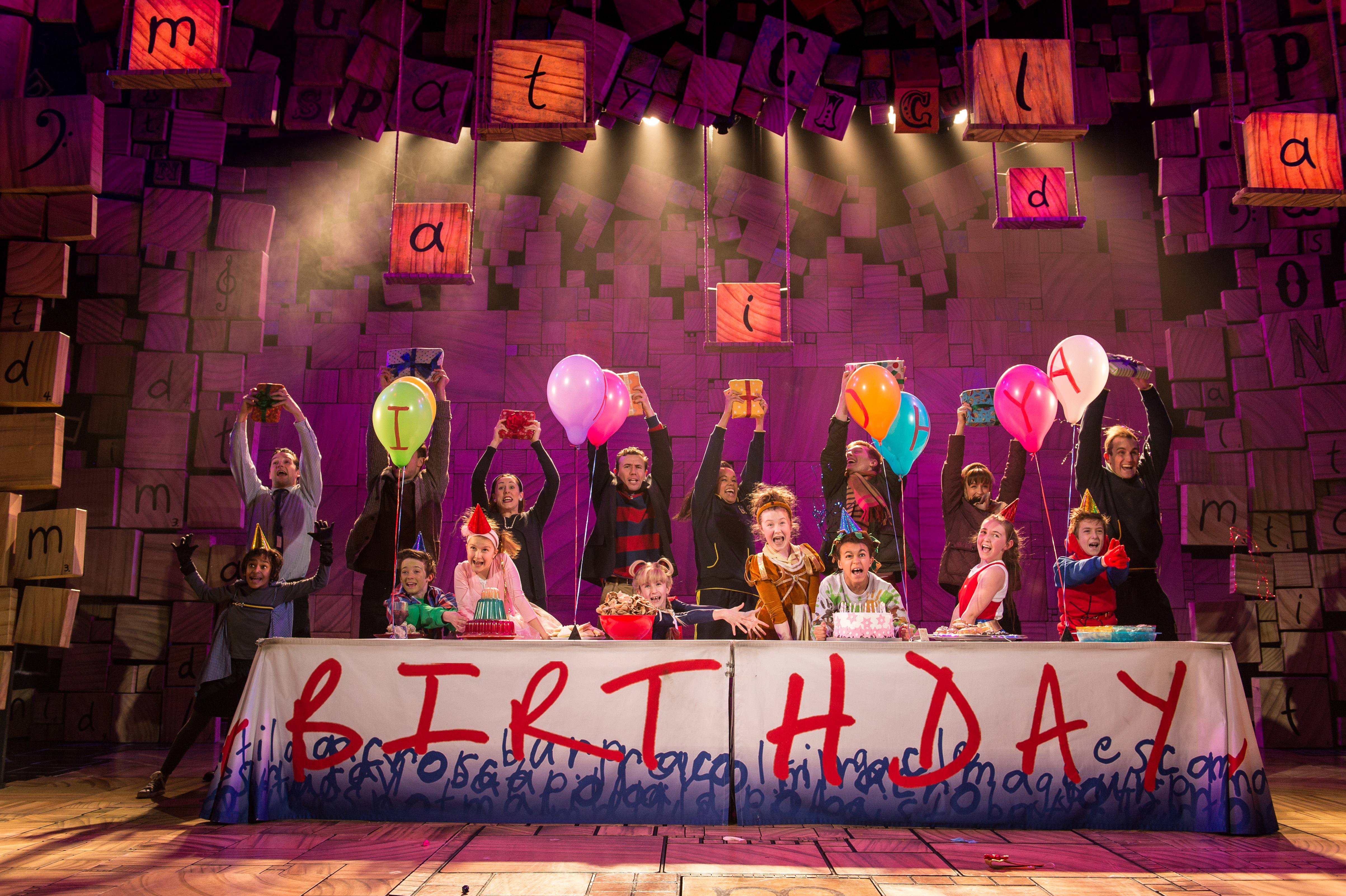 Sebastien Torkia’s Mr Wormwood is a criminal wheeler-dealer clad in a yellow checked suit. His solo number Telly, where he derides his daughter’s love of books is a real highlight, with comedy delivery and fantastically funny lyrics – “the bigger the telly the smarter the man”. 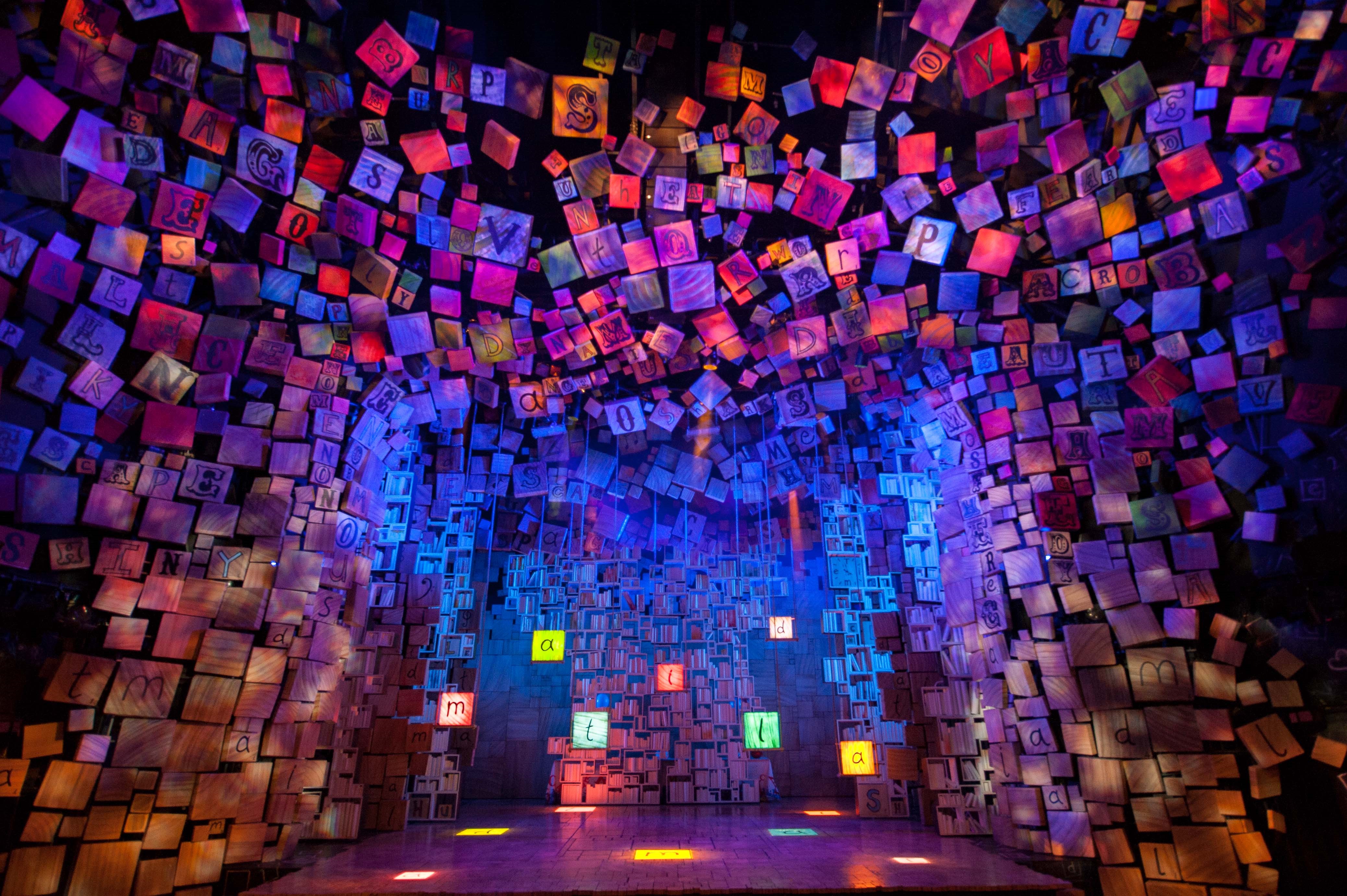 The stage is simple but effective. Huge different coloured blocks with letters on them provide an ever-present background while the centre of the stage changes for the different scenes. They’re very cleverly constructed and often incorporated into the song and dance numbers with the actors climbing and moving around them. I particularly liked the swings in the act two number When I Grow Up, one of the musical’s most famous songs, which saw various characters stepping on and off the seats and swinging back and forward with beautiful synchronicity. 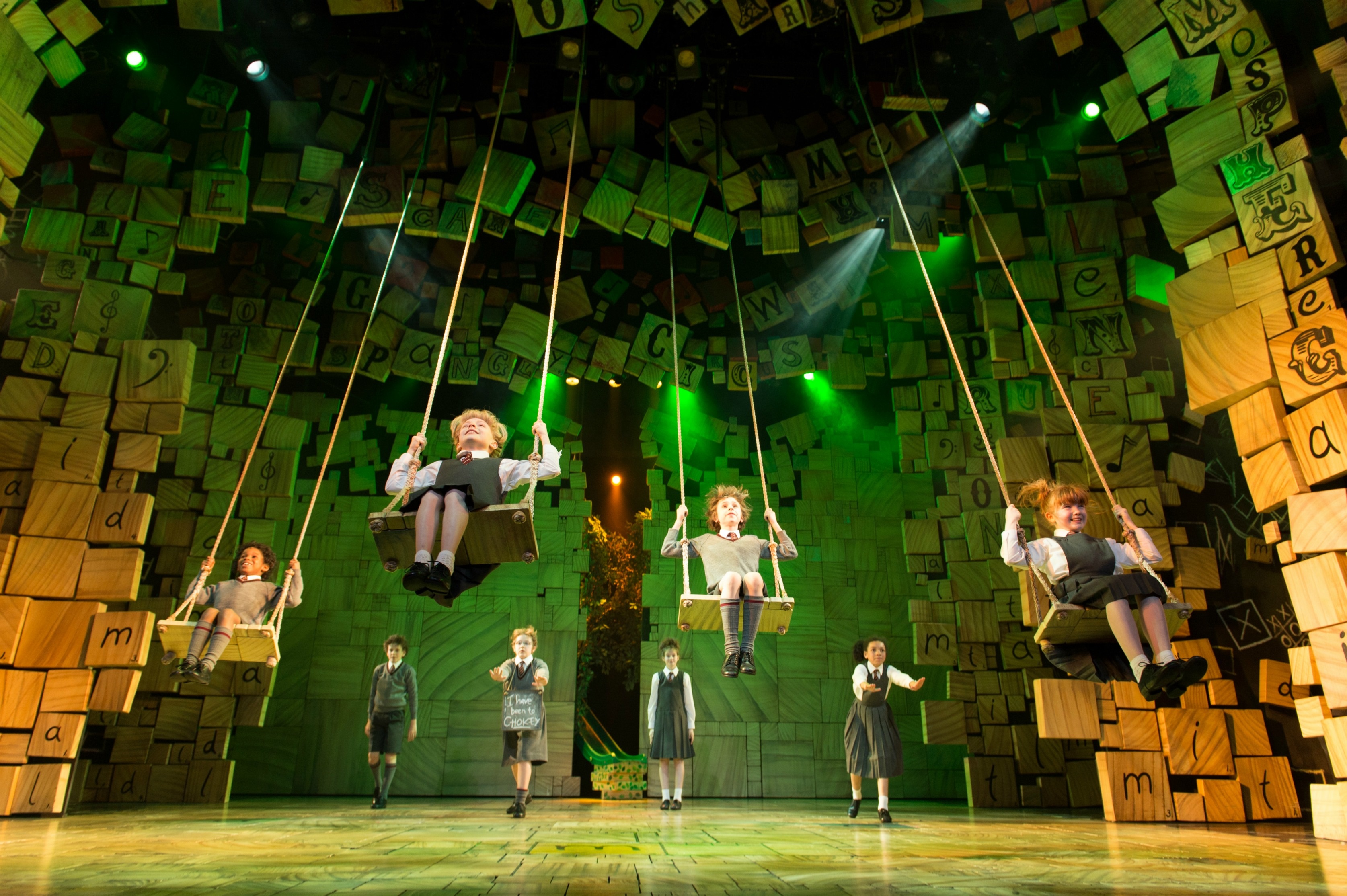 I can’t talk about this musical without mentioning the incredible child cast who truly own this show with their faultless, confident performances. It’s amazing to read in the programme notes that when the show was first devised, the children were going to be played by adults and at one point Matilda was going to be a puppet. But children love seeing other children perform and my three were in awe of these youngsters on the stage, not much older than them. 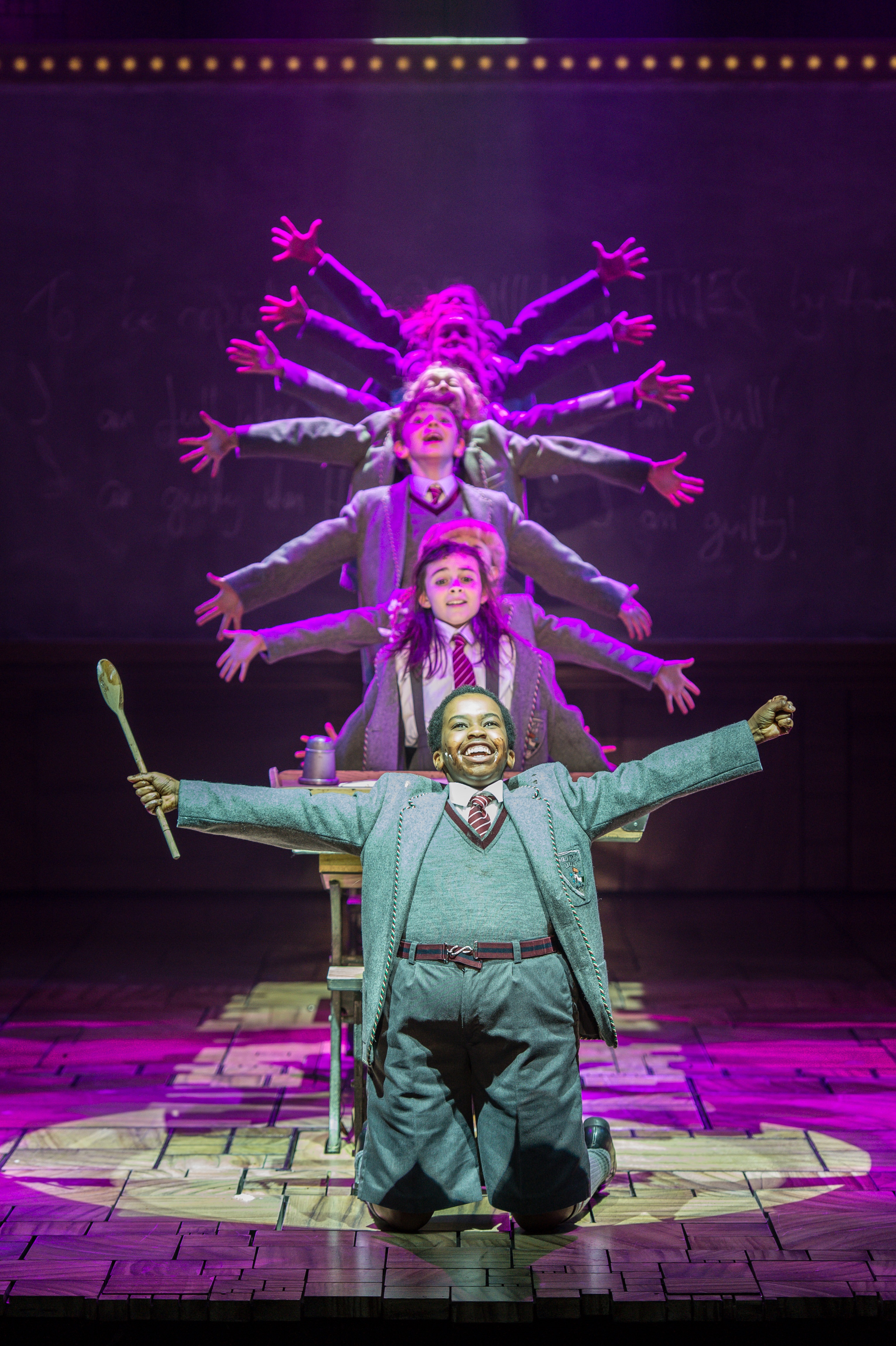 There’s a rotating team of child actors on the U.K. tour who I’m sure are all equally as competent, but tonight our Matilda is played by Scarlett Cecil. And she’s wonderful! It’s a huge role to play with so many lines to say and solo musical numbers, but she truly delivers with a faultless performance. She’s funny at times; at others she almost had me in tears. I also loved Chantelle Tonolete as Matilda’s self-appointed best friend Lavender and Cuba Kamanu as Bruce, forced to eat a whole cake by Miss Trunchbull.

The whole team of children perform slickly choreographed musical numbers with the catchy Bruce, When I Grow Up and anthemic Revolting Children all highly entertaining.

The whole show is absolutely incredible from start to finish and worthy of all the brilliant reviews its received. The programme mentions there’s talk of a film version of the musical. I really hope that’s true because it has the potential to sit alongside Annie, Oliver and Bugsy Malone as one of the truly great child-led musicals. In the meantime, we highly recommend Matilda the Musical as great family entertainment.

Matilda the Musical is at Wales Millennium Centre until 12 January. Limited availability on tickets. Call the box office on 029 2063 6464 or visit the website.