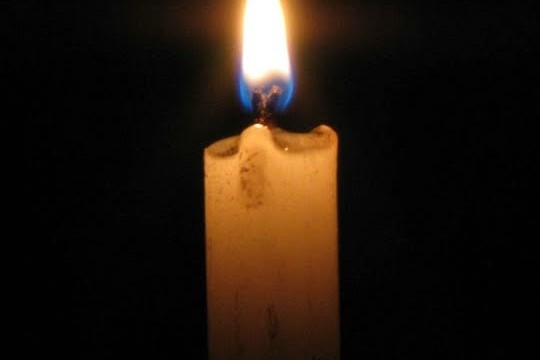 Today is always a strange day for me. It’s the anniversary of my very first antenatal scan, back in 2008. The one I went to after weeks of nausea, with a little bump, and full of excitement at seeing our baby for the first time. The one I went to 13 weeks pregnant, happy that I would finally be able to tell everyone our news.

Except that’s not what happened at all. Even now I can remember the sensation as the sonographer pushed the scan equipment into my tummy, moving it around with a force that surprised me. “How many weeks pregnant do you think you are?” she asked me.

At that point, I just knew.

“Something’s wrong, isn’t it?” I replied.

Those words. I can still hear her voice saying them. No emotion, no “I’m sorry.” So matter of fact.

My whole world collapsed with those words. I guess she was just doing her job and saw it all the time.

I heard myself scream, but it wasn’t a conscious response. I cried like I’d never cried before. My husband tried to comfort me but I instinctively pushed him away. I don’t know why.

We were ushered out of the scan room and into a pokey little side room, via the waiting room which was full of expectant parents, some clutching scan photos, others now probably dreading what was waiting for them in that room.

It was all a blur as someone – a nurse, a doctor, I have no idea – told me it was a missed miscarriage. This is where the baby’s heart stops beating but the body continues to think it’s pregnant.

A thousand thoughts punctuated my tears. Why had my body let me down so badly? What had I done wrong? Why didn’t I know? Why was there no bleeding? Or cramping? Why was I getting all the classic pregnancy symptoms? Why was I so stupid for believing I was actually going to have a baby? Is this a bad dream?

It’s hard to accept that sometimes there are no answers.

We were given our choices of waiting for nature to take its course, or medical management of miscarriage. This involves taking some tablets and pessaries so the “products of conception” can pass through the body. Their words, products of conception, not mine. To us, it was our baby. Our future.

Why am I telling you this seven years on, you might be wondering. I have three children, so why am I still living in the past, you might well ask.

Because when it happened to me, I had never felt so ill-prepared to deal with anything in my life. It was completely and utterly devastating. People kept telling me I could try again, at least I knew I could get pregnant, it was meant to be. I know they probably didn’t know what to say, but I didn’t find their words comforting at all. (I’ve written about that here.)

The biggest thing I felt was alone. My husband was amazing, but I was going through it physically, hormonally, emotionally and I didn’t know how to deal with it. He told me that when I cried, every single part of me looked like it was sobbing. I cried endlessly for days.

Other than one friend, it struck me that I’d never really heard anyone talk about miscarriage. I looked for advice online, and so many women were saying what I was saying. It’s such a lonely pain and you’re not supposed to talk about it.

I vowed then and there to always be open and honest about it.

I vowed then and there that I would use my position as a journalist to raise awareness of miscarriage and how it feels.

Everyone deals with miscarriage differently, and I know not everyone will feel like I did. Some will be less affected than others. Some won’t feel the need to talk about it.

But the more I talked about it, the more I realised that other women felt the same. Other women (and their partners) wanted to talk about it, but not all of them felt they could.

I had just found out I was pregnant with Little Miss E when I first wrote about it for a women’s magazine. I was so scared and anxious during that pregnancy that it would happen again and the experience was still so raw.

I cried mid-way through a phone interview with a lady from The Miscarriage Association. “Should you be writing about this?” she asked me. “I need to,” I told her. “I have to.”

Writing has always helped me process what I’m going through but I was also desperate for other people to understand how it felt, and for those also experiencing it to have something to relate to.

I’ve written dozens of articles and blog posts about miscarriage since. I’ve spoken about it on the radio. I’ve been on the television.

In 2014, I was filmed for Channel 4 Dispatches as part of a documentary about the fact that babies’ remains were being incinerated with hospital waste, rather than women being given the option for a more humane and sympathetic cremation.

It resulted in a change in policy in England and Wales and blanket coverage in all the national newspapers. I hope it’s made the unbearable a little more bearable for women and their partners to have the option to say goodbye to their baby in a fitting way.

Last week my husband sent me a text message with a link to an article in a national newspaper about miscarriage. Why don’t we talk about it? the writer wanted to know. Why do women feel so alone when it happens to them?

I messaged him back. “The saddest thing is that in the six years since I wrote my piece for this very same newspaper, not much has changed.”

I’ve read another three new articles and blog posts about it in the last couple of weeks. Each of them has taken my breath away with the raw pain and emotion of their grief. Each of them is consumed with grief, the desperation of wondering if they will ever become a mother. Because not everyone who has a miscarriage will have a happy ending. Yet each of them is brave enough to put their feelings out there to offer support and help to others going through the same.

They will know, just like I know, that every time you speak publicly about miscarriage, you are inundated with messages from people – strangers and also friends you had no idea had been through miscarriage – thanking you for saying what they have been feeling. People telling you that you have voiced what they are too scared to say. That it’s difficult. That it’s painful, emotionally and physically. That you’re not okay after a couple of days. That this is full-blown grief. That you mourn your due date and other significant dates. People have opened up to me, telling me I’m the first person they have spoken to about it. People have told me that they still cry about a miscarriage that happened 20 or 30 years ago.

I’ve questioned whether it’s self-indulgent of me to write about miscarriage when it happened so many years ago and now that I am mum to three beautiful children.

Even though so many miscarriages can’t be explained, I sometimes think the reason it happened to me was because I am in a position to raise awareness.

I doubt anyone else remembers that today is significant to me. I wouldn’t expect them to. Cardiff Daddy didn’t even realise until he looked over my shoulder while I was writing this article. But I always take time on this date every year to think about our baby.

I’m proud of my baby. Even though I never held him or her in my arms, never saw a first smile or a first step or heard a first word, through talking about our experience, he or she has made a little bit of a difference in the world.

As the famous quote goes, “The purpose in life is to contribute in some way to making things better.”

I’m proud that my baby had a purpose.

If you would like information and support on miscarriage, visit www.miscarriageassociation.org.ukfollow

You might also like these posts: 11 reasons to think twice before asking someone when they’re planning on having another baby  and What to say to someone who has miscarried.