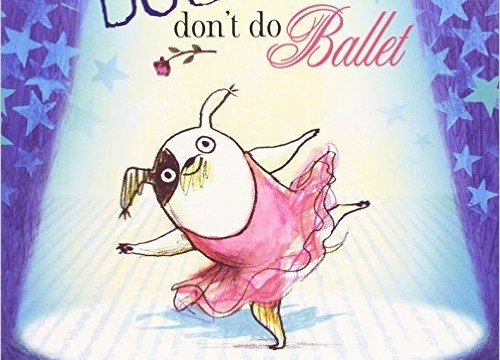 Book of the Week, books for pre-schoolers, children's books

Little Miss E was given Dogs Don’t Do Ballet for her first birthday – and now she’s five and a half it’s still well-read in our house. Little Man O, now 3¾, enjoys it just as much as her, and I’m sure it won’t be long until Baby Boy I starts requesting it before bed too.

Dogs Don’t Do Ballet is about a dog called Biff, who doesn’t do the usual doggy stuff, such as weeing on lampposts or scratching his fleas. If you throw him a stick, he’ll look at you like you’re crazy.

Instead, Biff likes “moonlight and music and walking on his tiptoes”. This little dog doesn’t think he’s a dog; he thinks he’s a ballerina.

However, nobody else agrees with him. People are quick to tell him “dogs don’t do ballet”, especially the dad of the little girl who owns him.

Still, Biff is undeterred and manages to sneak off to watch his owner’s ballet classes. And despite Dad saying dogs can’t go to watch the ballet at the theatre, Biff makes his way there too – and when the prima ballerina falls off the stage, we discover that actually, dogs can do ballet.

I love this book for the positive messages it conveys and the fact that it does this subtly without preaching or being patronising. Biff is short and stubby and a little rough-looking – nothing like a traditional ballerina. Yet despite everyone telling him otherwise, he follows his dreams and believes in himself, proving that we shouldn’t judge on appearances or pigeon-hole others. 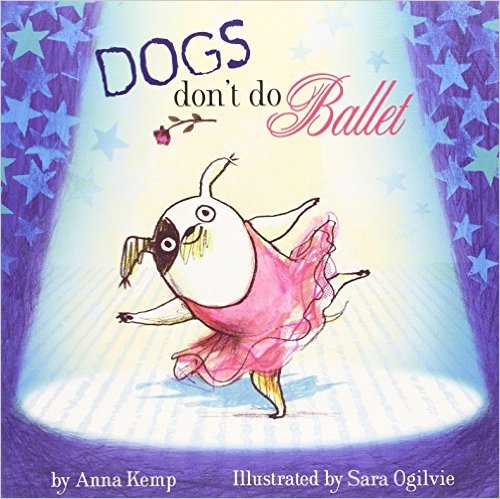 Dogs Don’t Do Ballet is an engaging and quirky picture book perfect for pre-schoolers with some great illustrations from Sara Ogilvie. She perfectly captures the book’s inspiring messages in a fun and bold way.

This book is so different to the other ballet-based books we own. Not that there’s anything wrong with the likes of Angelina Ballerina or Lettice The Dancing Rabbit, but I love this book for giving my children a different take on a world that certainly has its stereotypes.

Have you read Dogs Don’t Do Ballet with your children? I’d love to know what you thought of it, either in the comments below, on the Cardiff Mummy Says Facebook page or you can tweet me on @cardiffmummy

You might also like my posts on Winnie The Witch and The Pirates Next Door. You can see all my children’s book posts here.

I am a member of Amazon Associates.