*paid collaboration with Sky One and A Discovery of Witches

Tense, atmospheric and gripping, A Discovery of Witches is the much-anticipated new drama premiering on Sky One this Friday.

The eight-part series is set in Oxford but a lot of the filming actually took place here in Cardiff. I’ve been following the show on Instagram for some time now since I discovered it was being filmed in my home city. I loved seeing what the cast and crew got up to in Wales so I was excited to be invited to a special preview event for bloggers in Oxford last week.

Not only did we get to attend an advanced screening of the first episode ahead of its transmission on Friday 14 September (you can watch the series trailer below) but we also got to meet Teresa Palmer, who plays lead character Diana Bishop, and Deborah Harkness, author of the best-selling book on which the historical fantasy drama is based.

Our day started at the Oxford branch of Waterstones, where Deborah was signing copies of the book and Teresa was meeting and posing for photos with fans. The store was buzzing with fans of the book who had been waiting for hours to meet their literary idol. The queues were half way down the street. 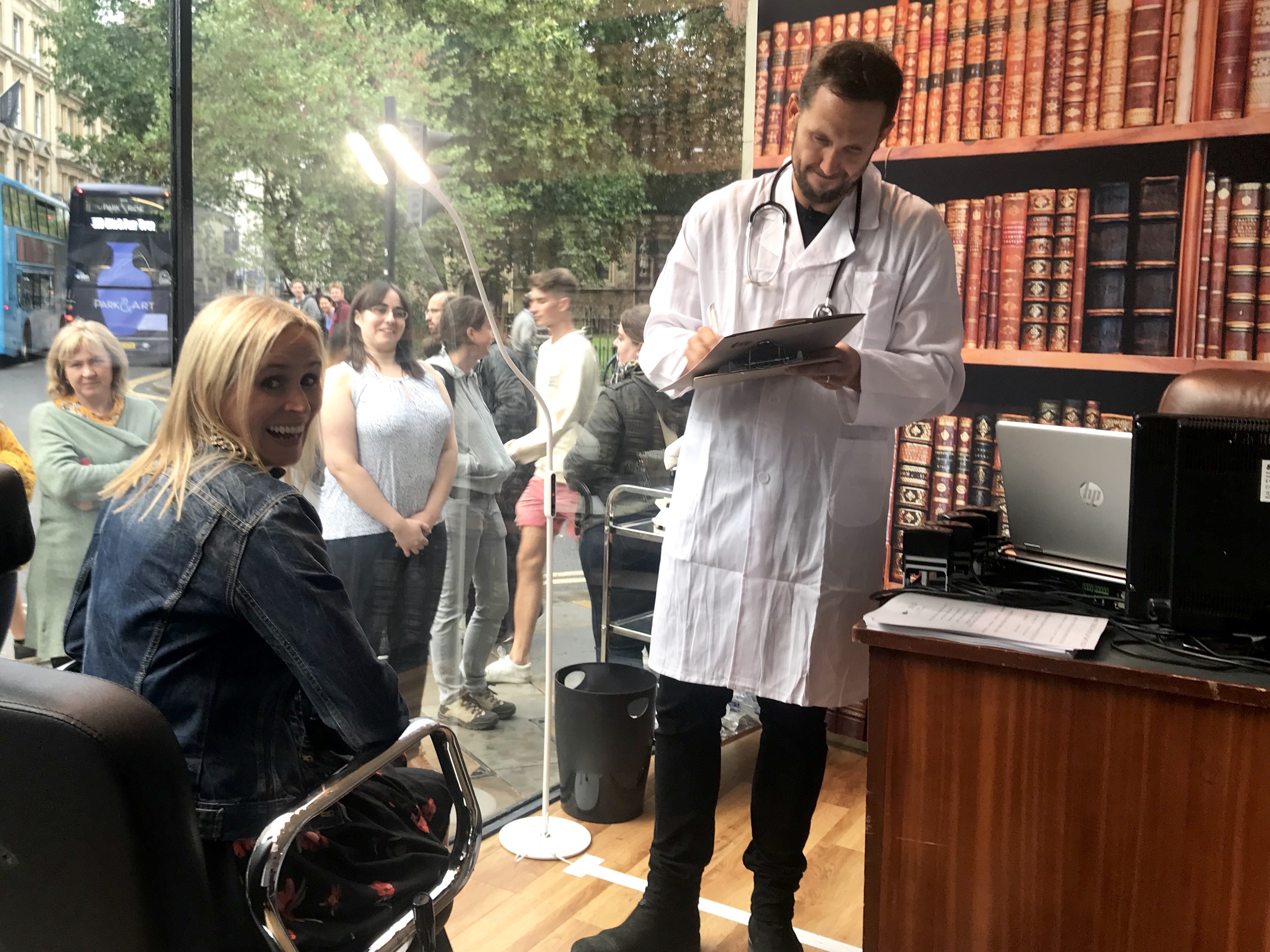 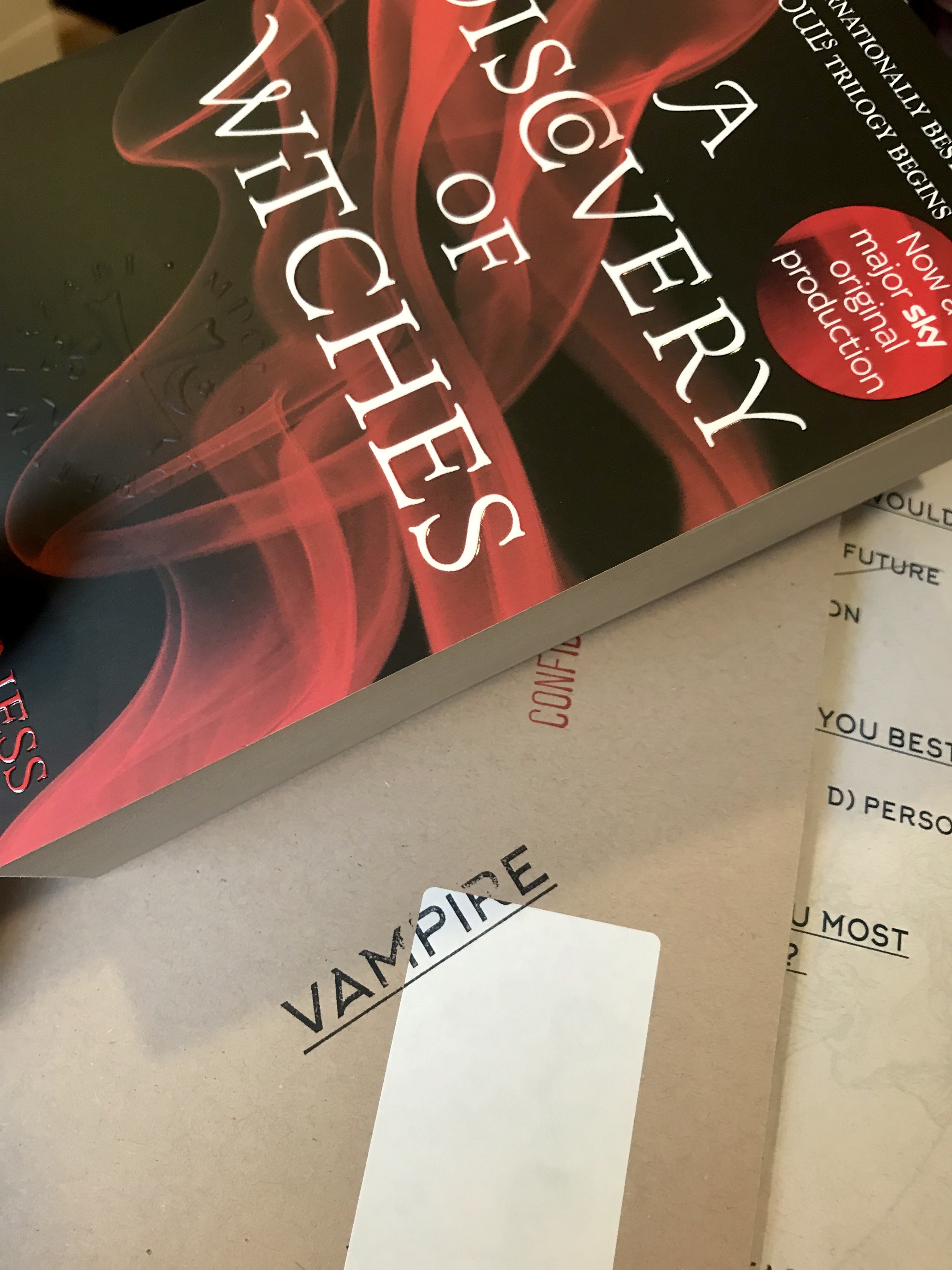 We bloggers also got to enter the Discovery of Witches laboratory, set up in Waterstones’ window area, to find out if we were a witch, a vampire, a daemon or a human. A ‘DNA test’ and a quick personality quiz determined I am in fact a vampire, but luckily I didn’t feel the need to suck any blood that evening.

We were also invited to a private viewing of the new exhibition of Spellbound: Magic Ritual and Witchcraft at the Ashmoleum Oxford University’s museum of art and archaeology where the preview took place. 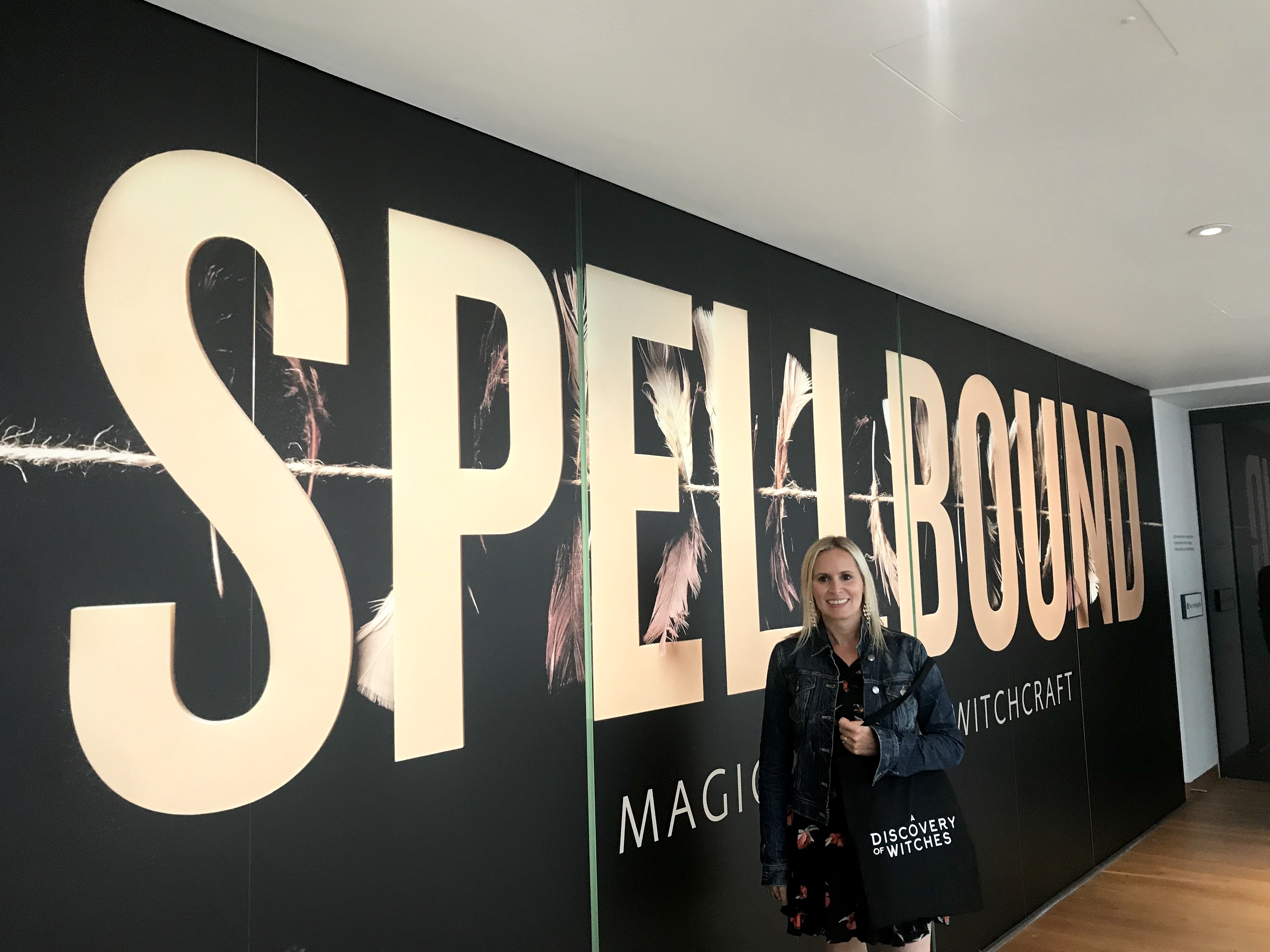 Photography was strictly forbidden inside Spellbound other than two or three exhibits but it was a fascinating look at the history of magic. It includes artefacts from over eight centuries showing how our ancestors interpreted things they didn’t understand in the world around them including emotional confessions from women who were accused of witchcraft. Spellbound is on until 6 January 2019. More details here. 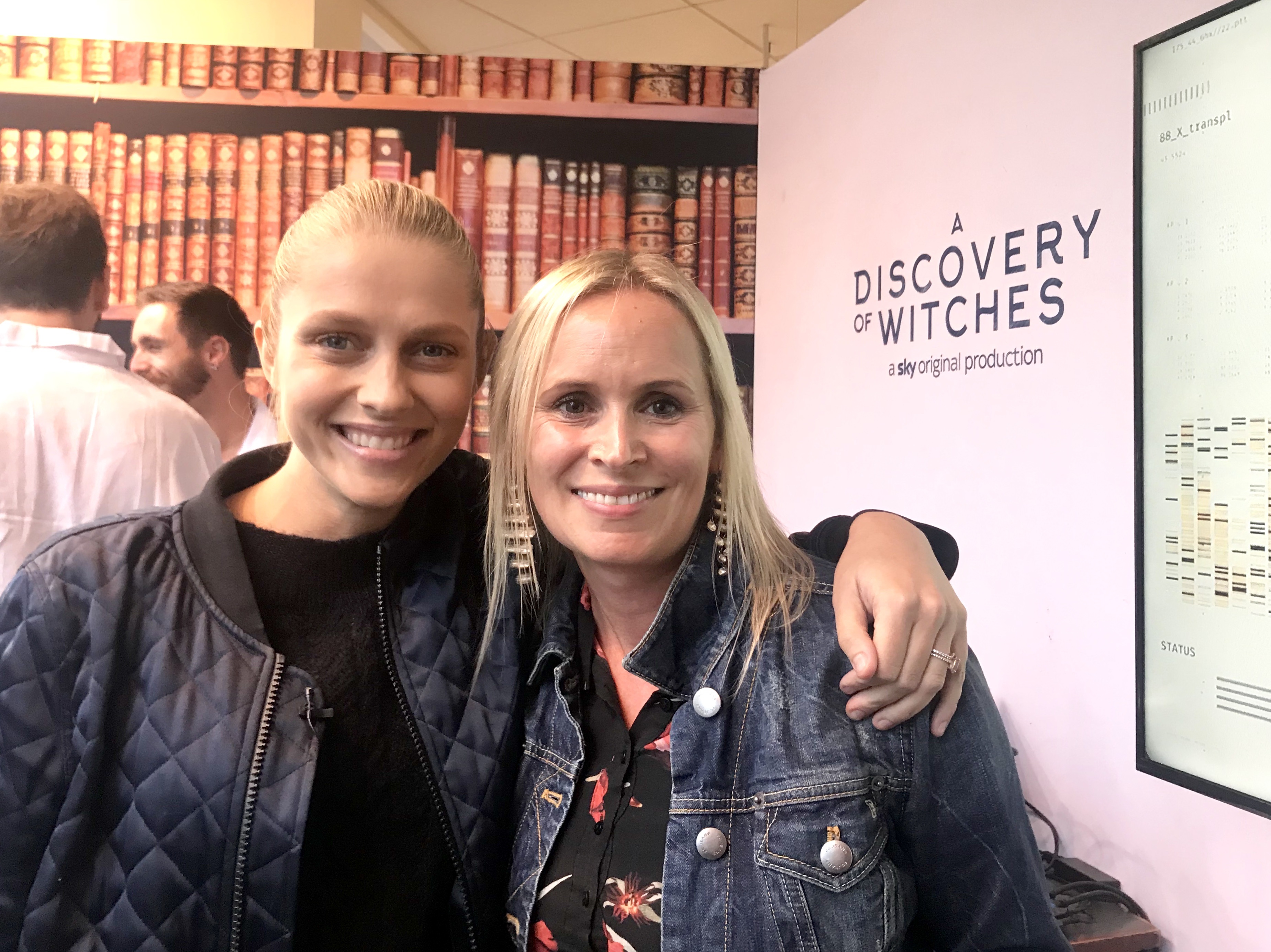 Teresa Palmer was every bit as lovely as I’d hoped she would be. She was very approachable and spent a lot of time with fans. Teresa and her family lived in Cardiff for several months during the filming of the show. I was thrilled when we connected on Instagram and even more thrilled that she remembered who I was when I introduced myself as Cardiff Mummy. It’s clear from the way Teresa thanked the fans at the screening for embracing her as their Diana that she feels privileged to be playing such a well-loved role. 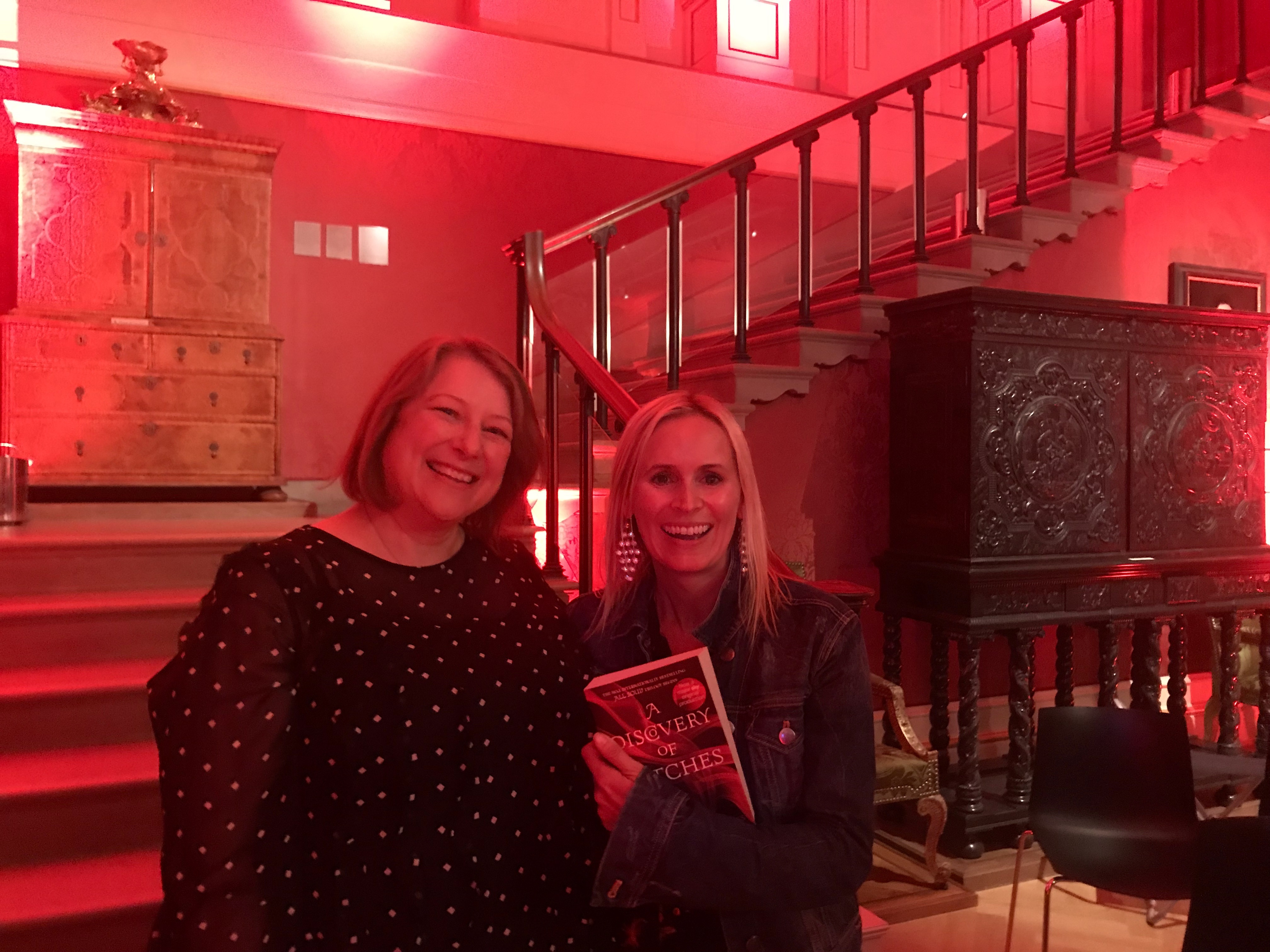 A Discovery of Witches is the first in the All Souls trilogy of books which have a huge international following and have been translated into 36+ languages. We got to meet Deborah and had our books signed. She told us she has loved watching her creations come to life and had a great time in Cardiff when the series was being filmed.

A Discovery of Witches tells the story of Diana – an academic at Oxford University who refuses to acknowledge she is a witch and has pushed her magical powers to the side. However she finds all kinds of darkness unfolding when she unwittingly discovers a long lost ancient manuscript, and embarks upon a forbidden love affair with vampire Professor Matthew Clairmont (played by Matthew Goode of The Crown and Downtown Abbey fame), a geneticist researching why his species seems to be dying out.

It’s a modern love story in a world where vampires, witches and daemons live and work among humans without them realising – hiding in plain sight. Teresa and Matthew set out to understand the manuscript’s secrets and why their species are in decline. But their love affair and their discoveries could shatter the fragile peace that exists in the supernatural world. 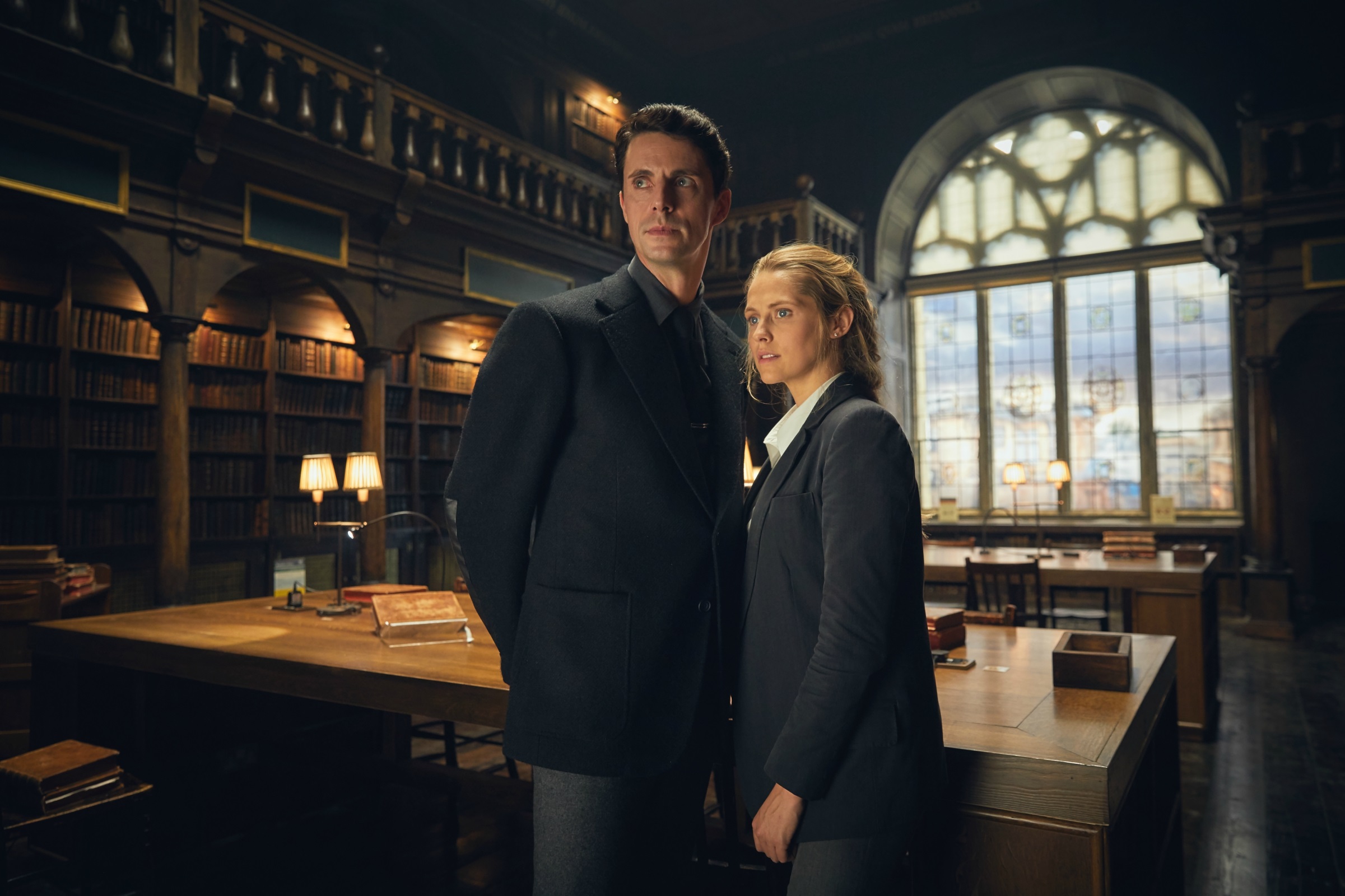 The beautiful and distinctive historic buildings of Oxford feature heavily in the first episode. However much of the action was actually filmed at Wolf Studios in Cardiff Bay. Wales’s largest film studio is home to TV production company Bad Wolf, which was founded by Doctor Who creatives Jane Tranter and Julie Gardner, who along with Russell T Davies brought that show to Cardiff and transformed the television production scene in the Welsh capital. Incidentally work has commenced at the world-class facility on Phillip Pullman’s His Dark Materials. 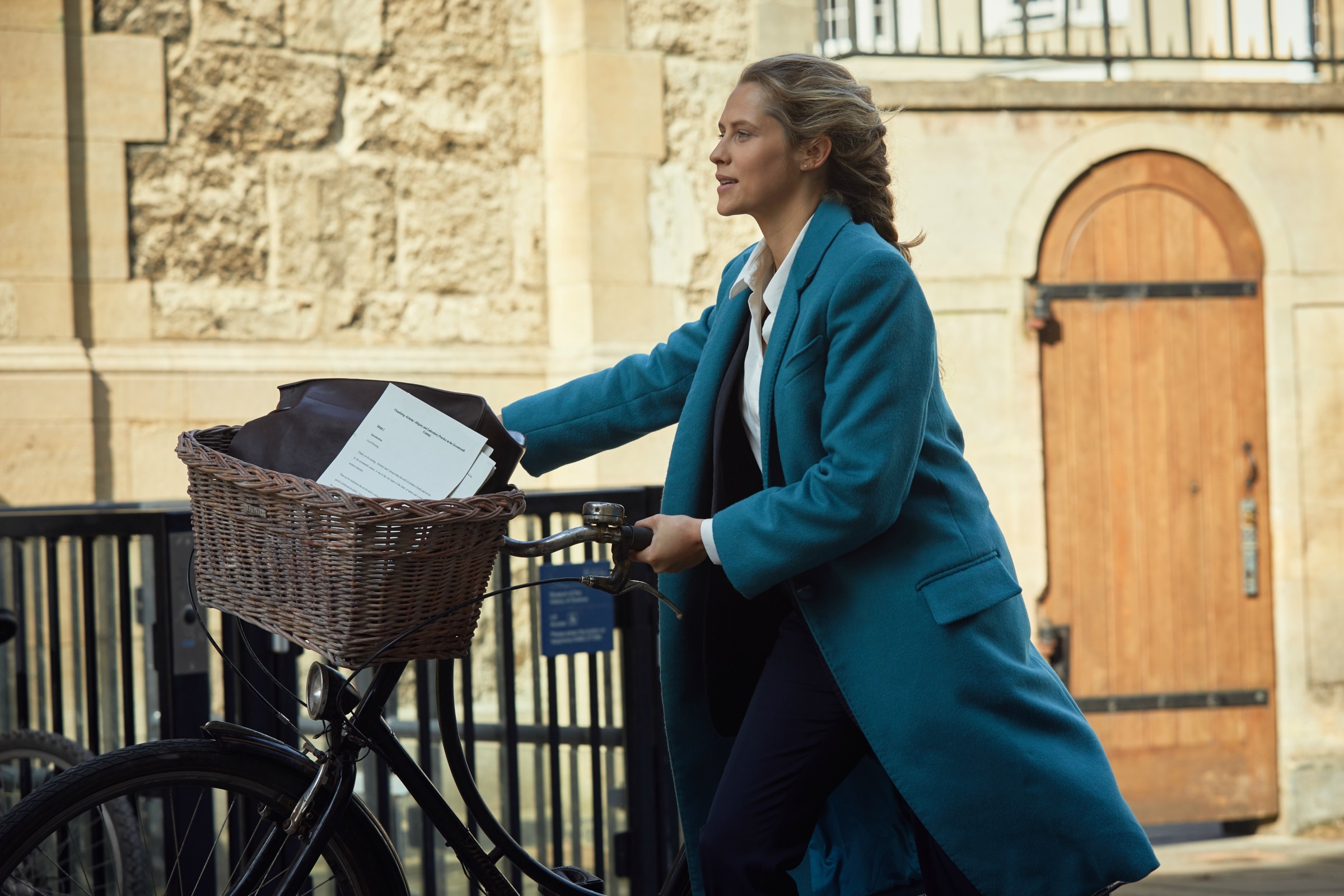 The studio hosted many of the larger sets for A Discovery of Witches including a huge replica of Oxford University’s acclaimed Bodleian Library which is central to the story.

Cardiff’s grand mansion Insole Court – which was recently saved by a local community campaign – was used as Matthew Clairmont’s lodgings at All Souls College within Oxford University. Gareth Skelding, Location Manager for A Discovery of Witches, told Visit Wales that “It was the ideal backdrop for a vampire’s lair – dark and brooding.”

Cardiff Market also stands in as the Oxford food market where Diana shops for fresh food. Filming took place in the early hours of the morning before I was open to the public.

Elsewhere in Wales filming took place at Aberglasney Gardens and Llyn y Fan Fach in Carmarthenshire and Carew Castle, Pembrokeshire. You can read more about the locations used for A Discovery of Witches here. 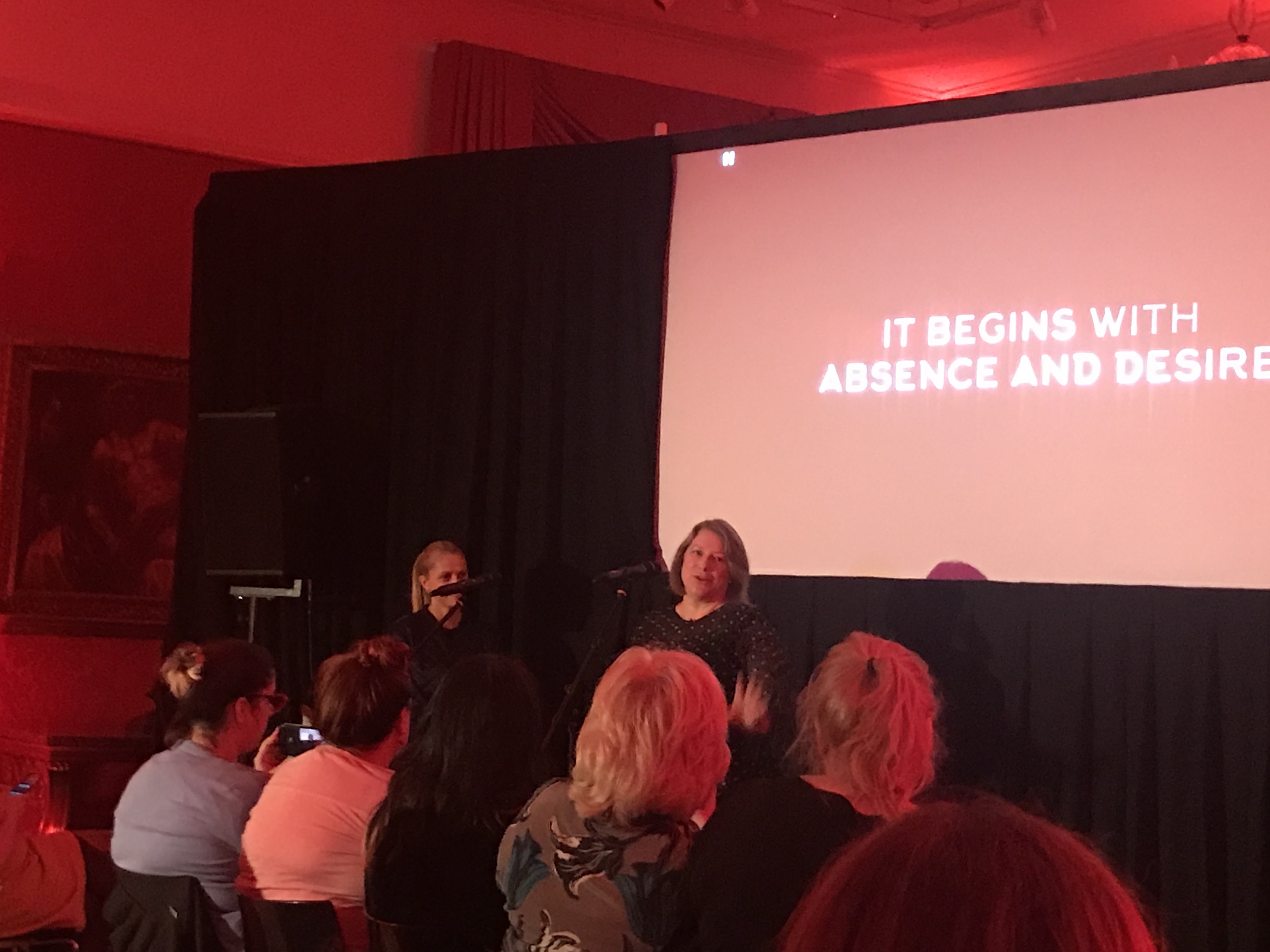 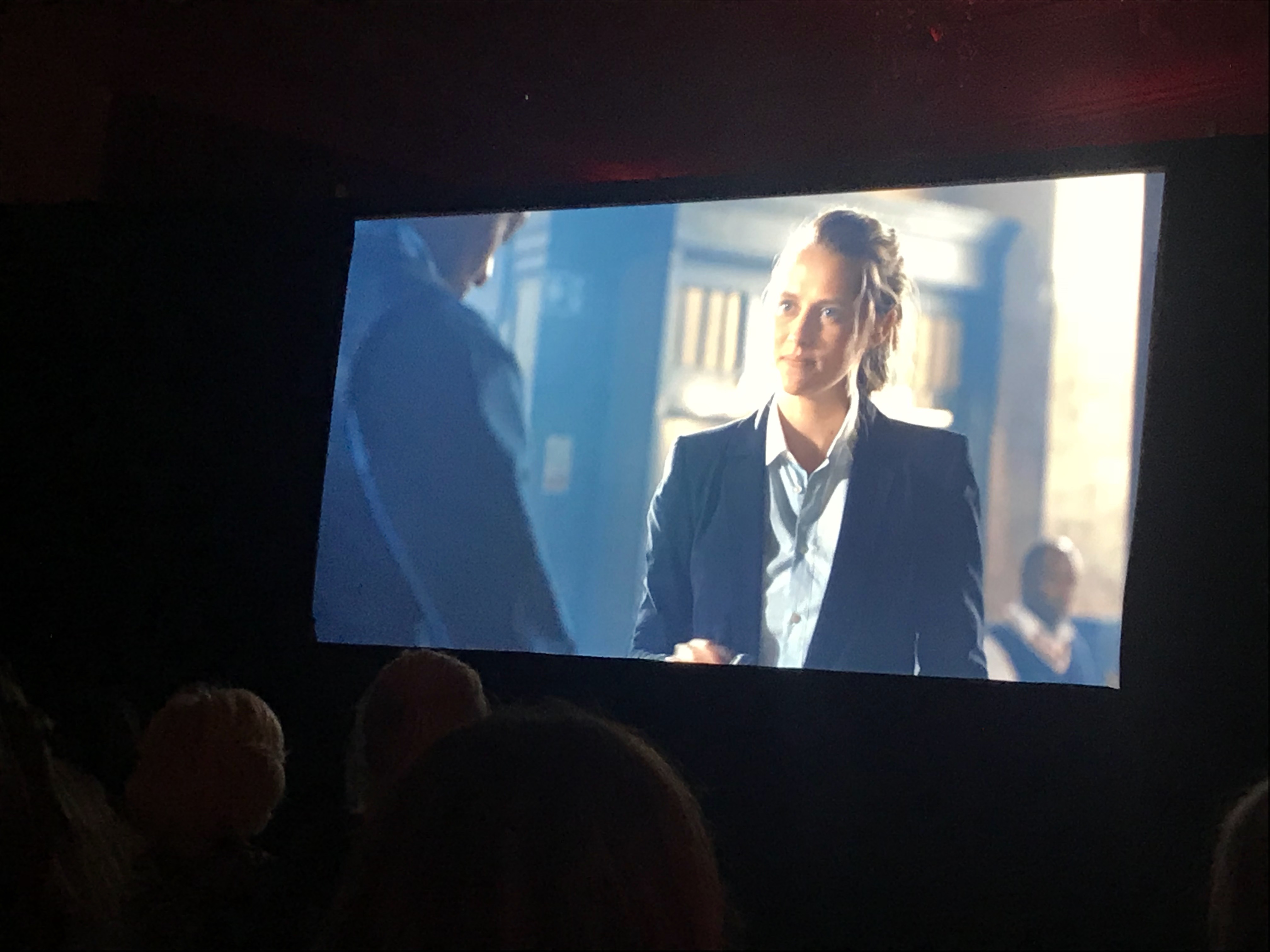 The first episode had me on the edge of my seat. I was holding my breath on more than one occasion and felt goosebumps on others. I hadn’t read the book and only had a vague notion of the storyline so didn’t quite know what to expect. But it’s dark and mysterious; tense and magical; and even seductive. The first episode has certainly sewn the seeds for the rest of the series.

I’ve series linked it and can’t wait for the next episode. I hope you’ll be watching too.

A Discovery of Witches begins on Sky One at 9pm on Friday 14 September with episodes shown weekly. After broadcast on Sky One it will then be available on Now TV the subscription internet TV service.

Homepage » Beyond the kids » A Discovery of Witches: meeting the author and star of Sky One’s new supernatural series (which was filmed in Cardiff)

1 Comment to A Discovery of Witches: meeting the author and star of Sky One’s new supernatural series (which was filmed in Cardiff)