I’ve written about the Fforest Fawr sculpture trail before on Cardiff Mummy Says – but that was way back in the summer. It’s a whole different experience in the winter, when you need to wrap up warm and the rain means there’s plenty of mud to squelch in (even more than in the wet Welsh summers!).

We headed up at the weekend with my children’s grandparents, auntie, two cousins, and two dogs – my lovely inlaws who’d all journeyed over for the day from Bristol.

Just a short drive from Castell Coch, the sculpture trail is a woodland walk of around 1.5 miles/2.6km, perfectly accessible for children and buggies. The trail is based on the idea of a giant creature who lives in the woods and has discarded various objects around the woods. We found a cauldron, a watch, treasure chest and some books, among other objects, all intricately carved from wood. There’s also a dragon, wizard and other mythical creatures dotted around the trail, plus wooden obstacles to walk and balance on and dens and shelters to build. 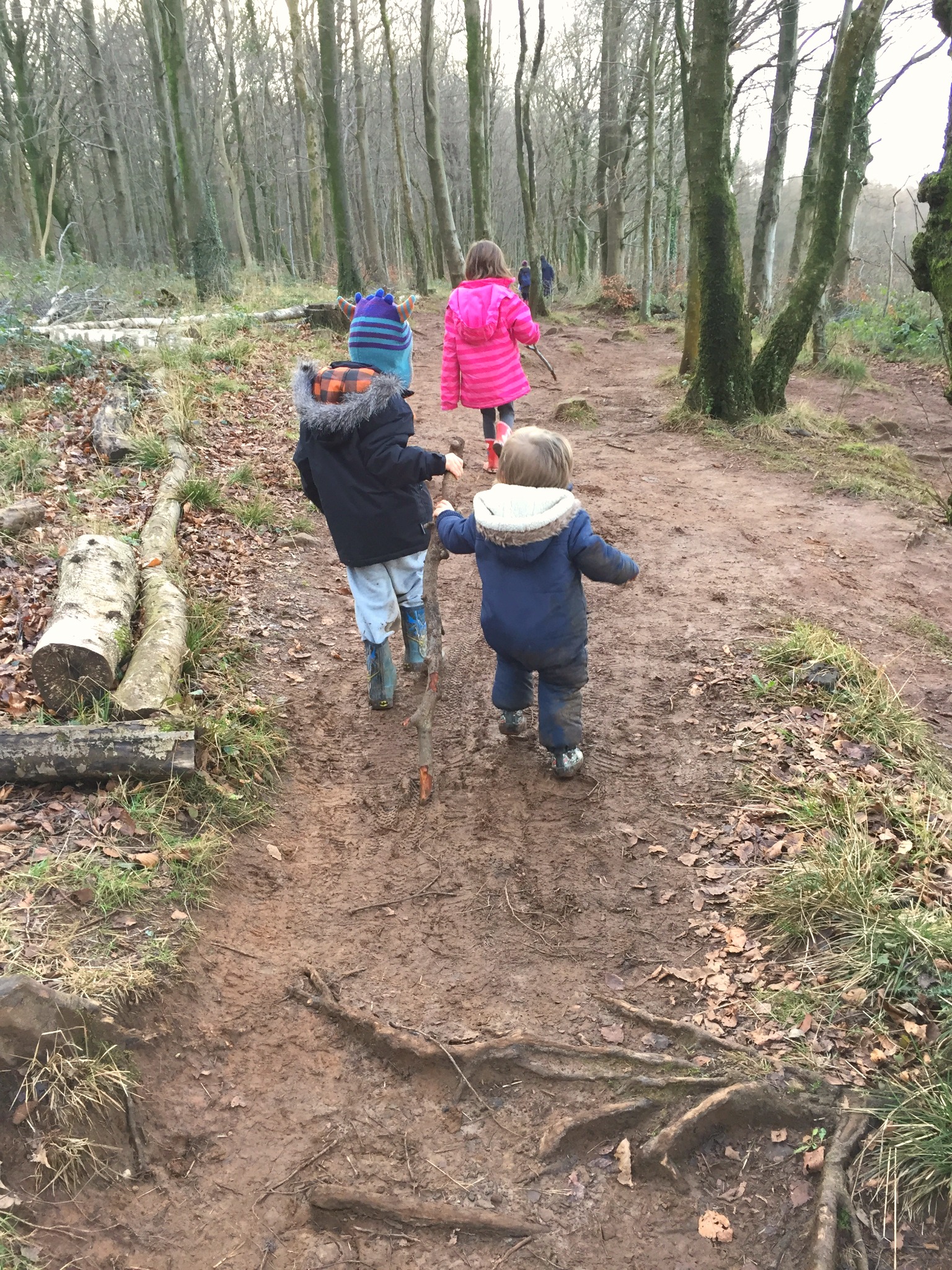 Fforest Fawr sculpture trail has been open since 2007 and is managed by Natural Resources Wales, which now incorporates the former Forestry Commission Wales. There’s a free car park (although no toilets). Last time I wrote about Fforest Fawr, quite a few people told me they’d previously tried to go there but couldn’t find it. If you’re coming from the A470, it’s about a mile or so down the road after the castle’s entrance, on the left. 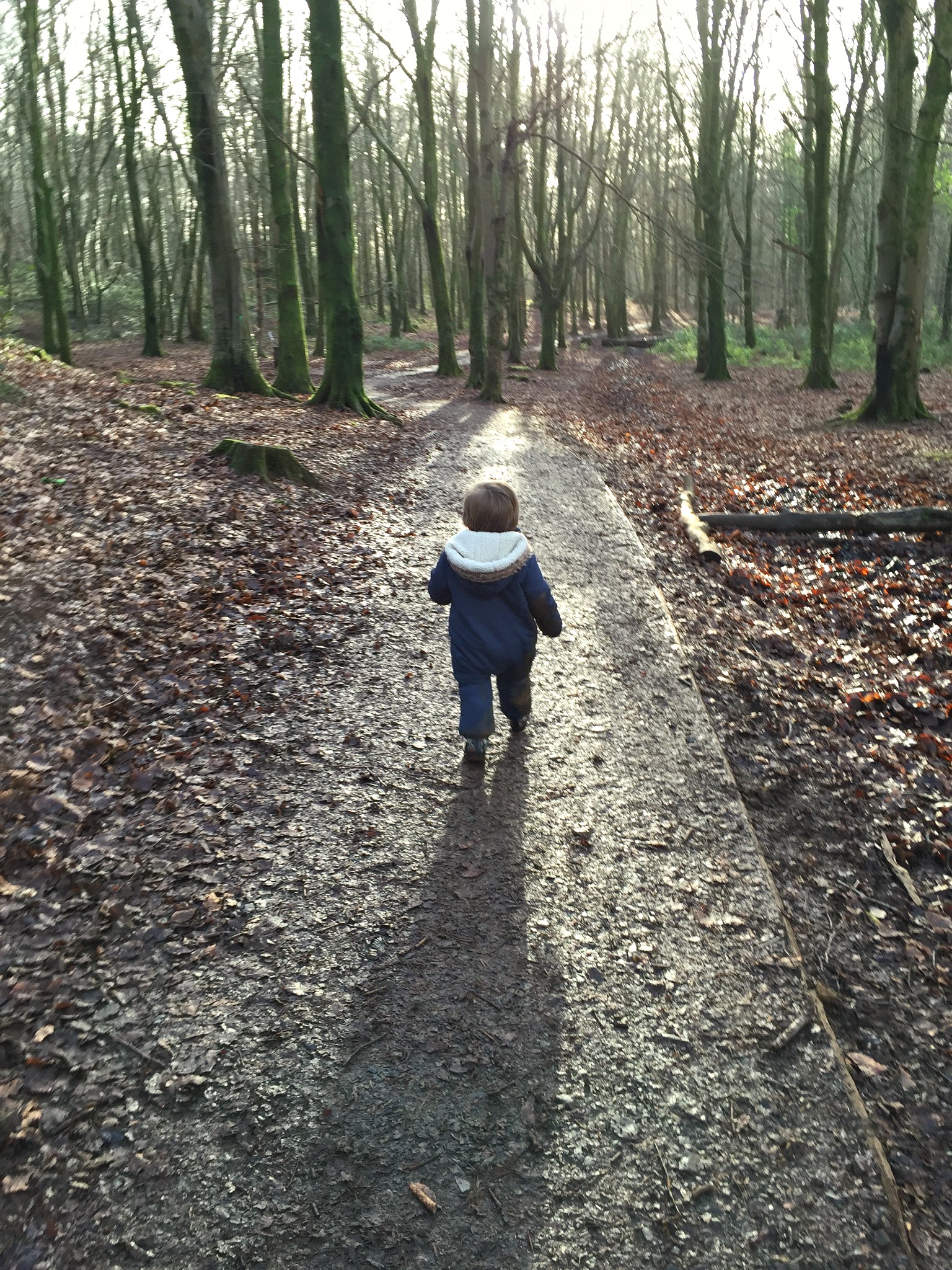 At this time of year, naturally it’s muddy and wet in parts, but the paths are still really accessible and perfect for a family day out.

I absolutely love seeing my children and their cousins running around in the fresh air and exploring. They thought it was great fun to hide behind trees and sculptures and surprise us grown-ups by jumping out and shouting “boo”. 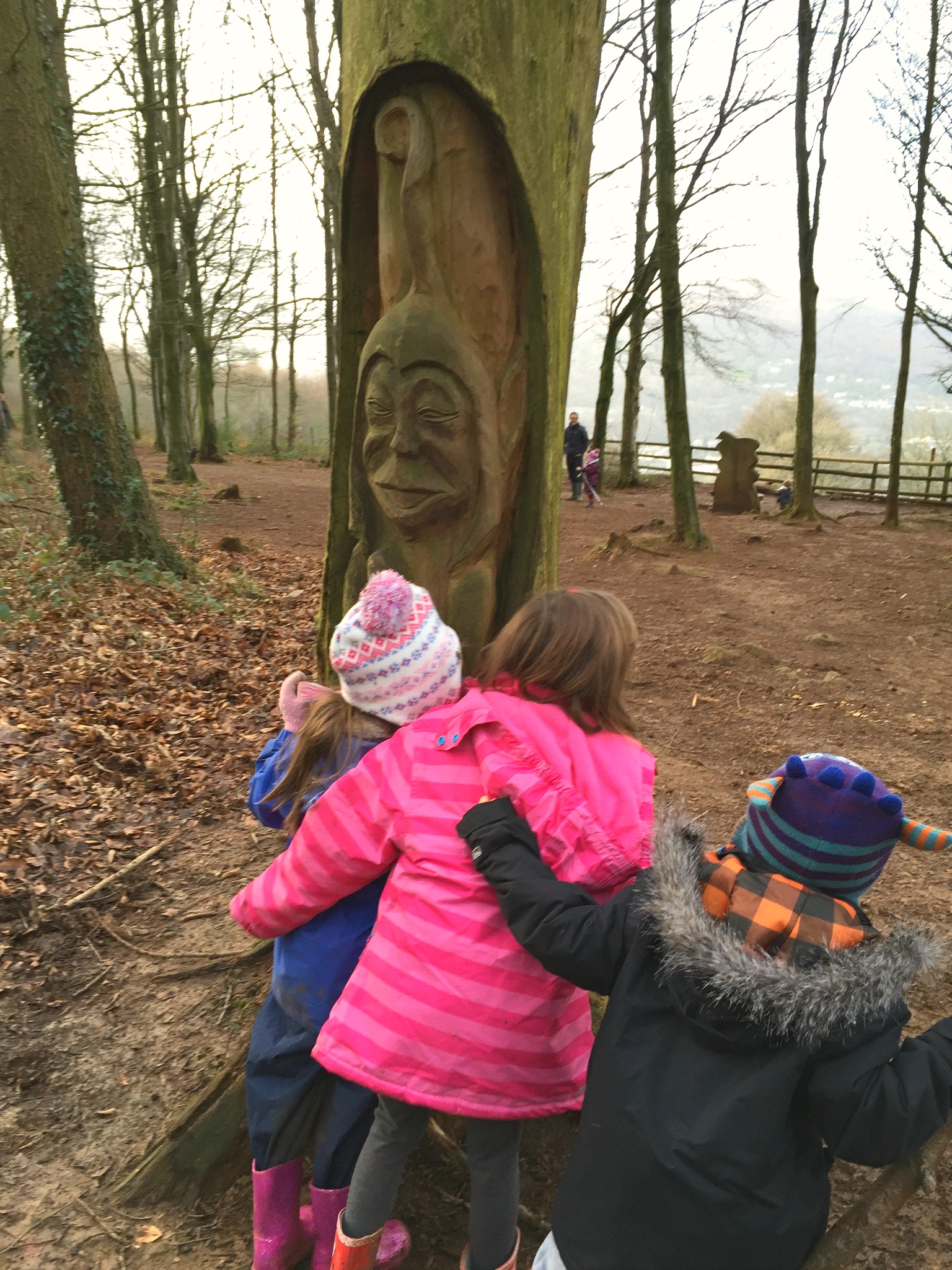 They made their own walking sticks out of fallen branches, and loved playing mummies and daddies inside the dens. We had one or two near misses in the puddles where wellies were nearly lost, or where we had to rescue children before puddles got too deep, but thankfully other than that, we got around without too much trouble. 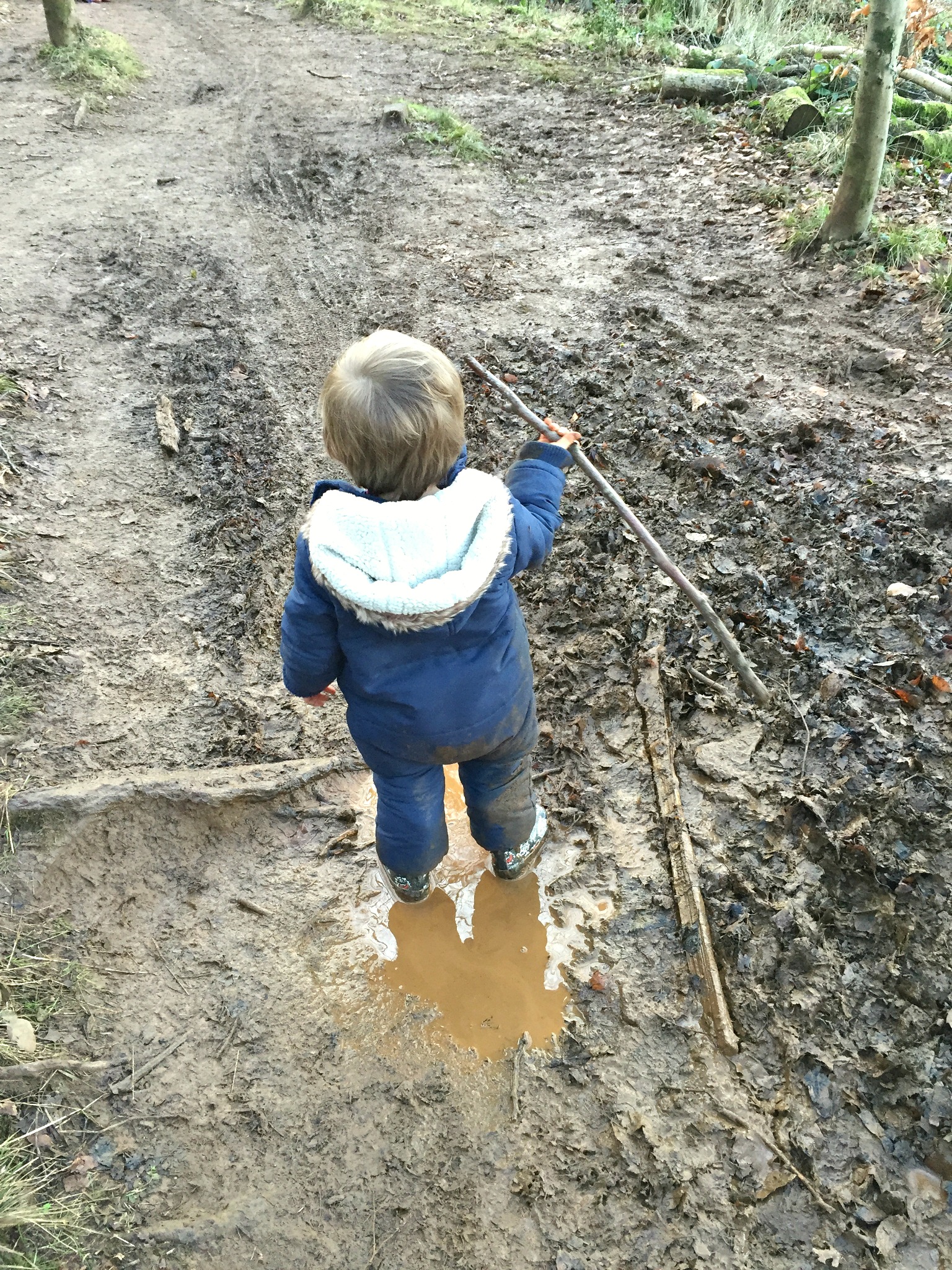 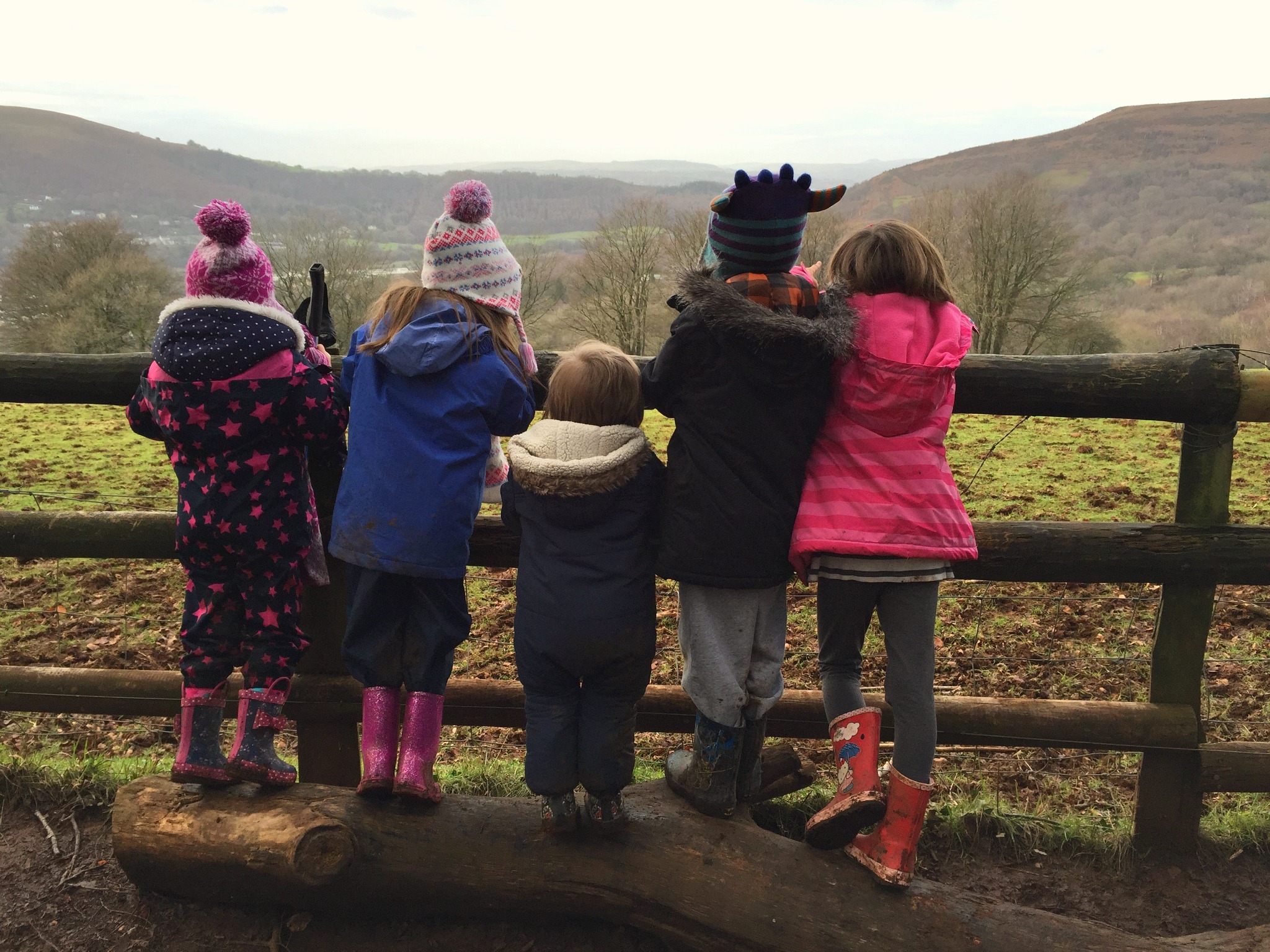 It was such a clear and bright day yesterday that were greeted with the most amazing views at the end of the trail. It was quite breathtaking.

My advice here is that if you don’t want to get too muddy, or if you have a buggy with you, then turn back on yourself after the treasure chest and return to the car park the way you came. Otherwise, you can carry on down through the woods to the impressive three-bears caves, as we did. I managed this stretch fine in the summer with three children and one buggy on my own – but this time it did get tricky in parts, with Cardiff Daddy having to carry the buggy over one particularly muddy stretch, and the rest of us clambering onto the banks to get past. 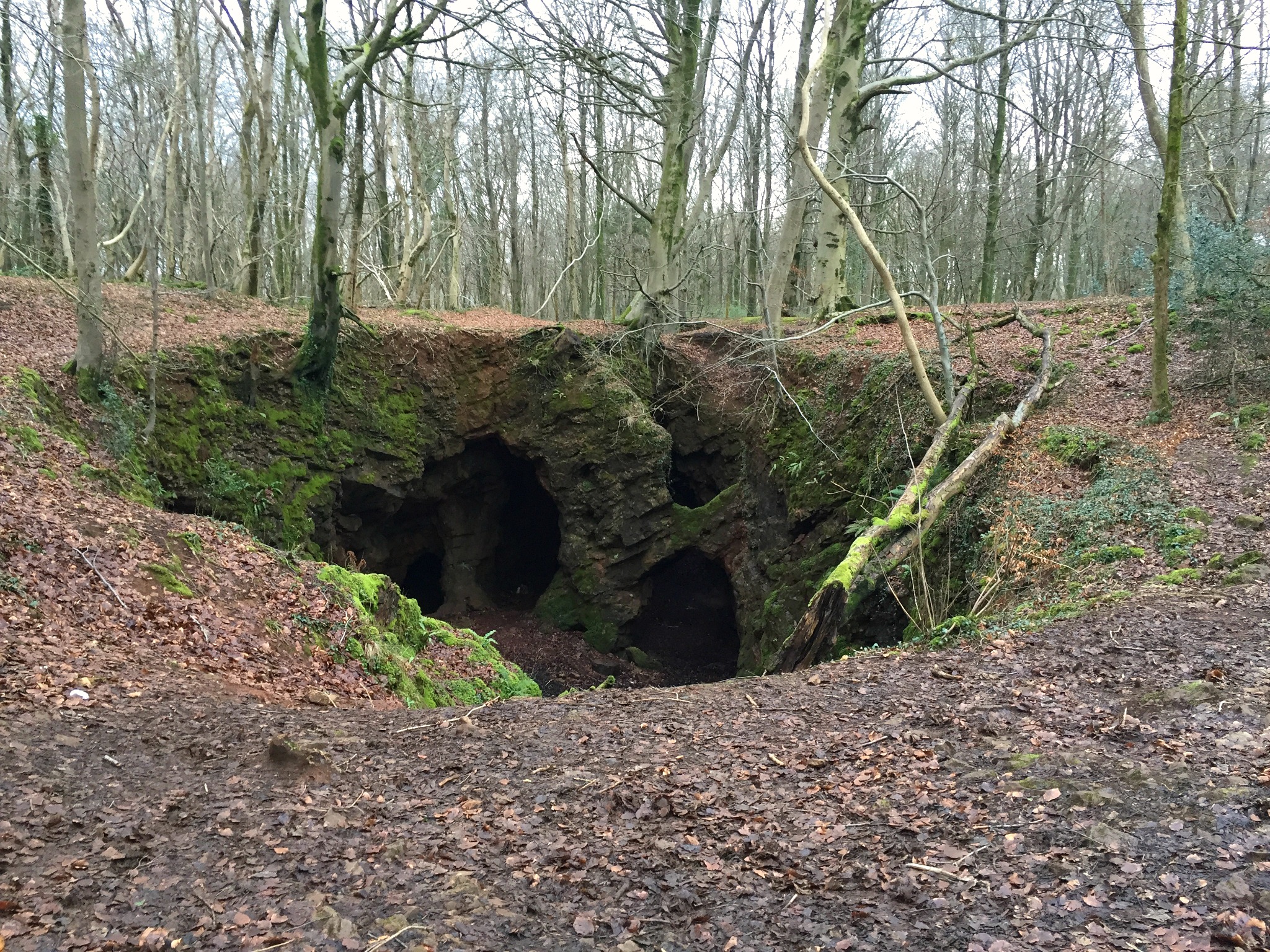 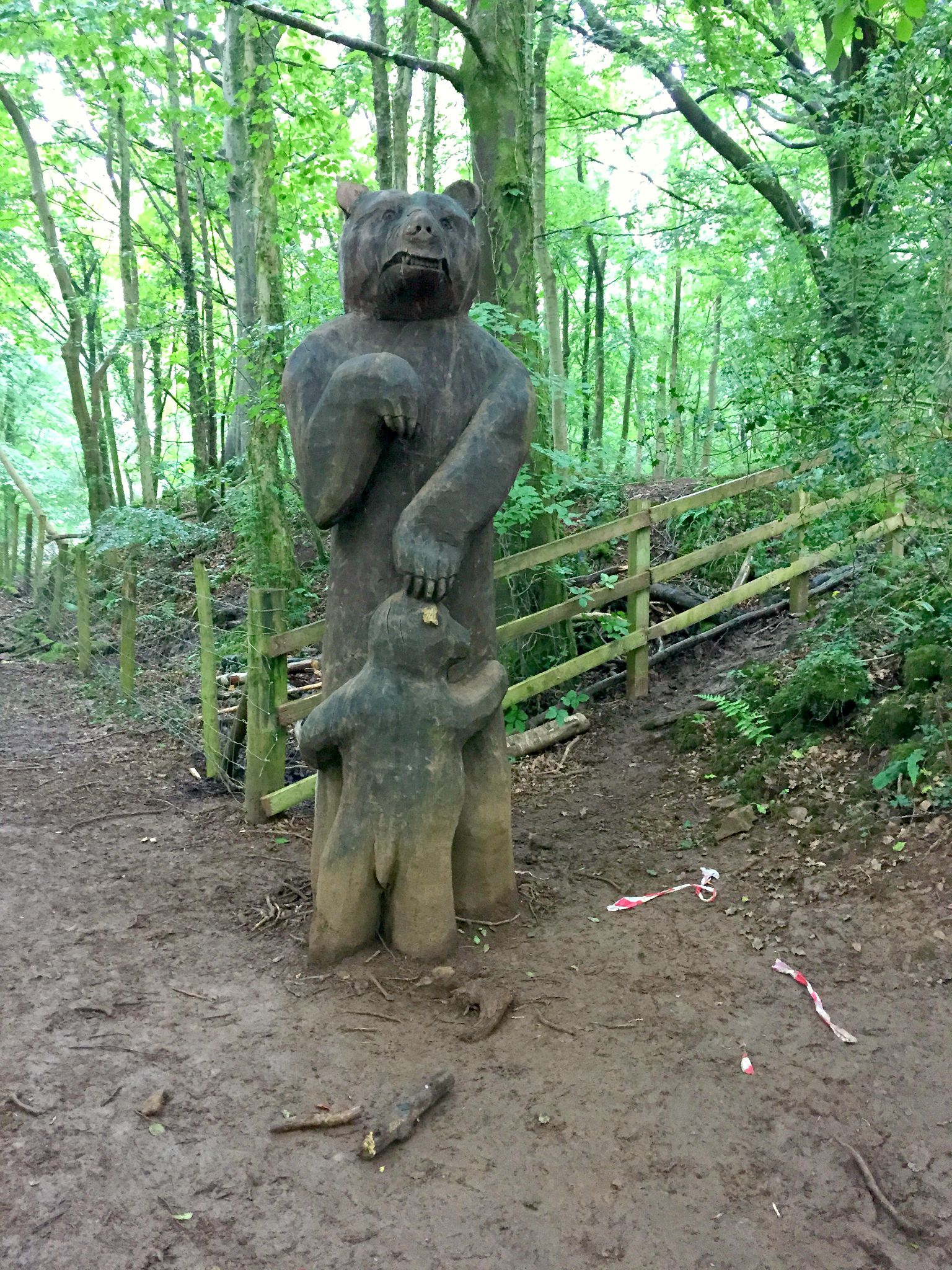 I forgot to take a photo of the bears at the weekend… but here they are back in the summer.

The children all thought it was a big, magical adventure though – and what more can you ask for from a winter’s day out?

For more ideas of family-friendly days out in and around Cardiff, see the Cardiff section of Cardiff Mummy Says.

You can see more photos from our days out on the Cardiff Mummy Says Instagram feed. 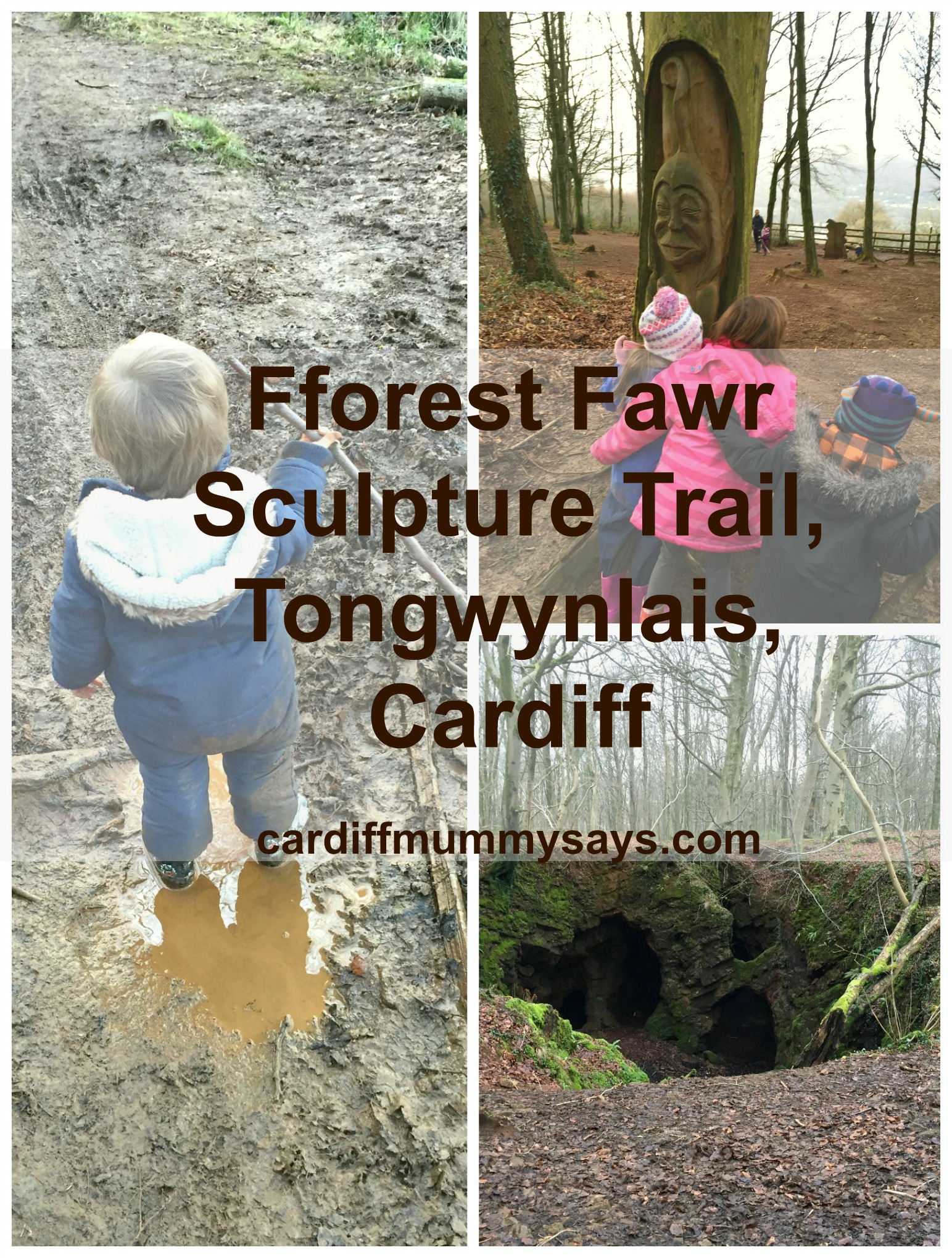