If you’ve visited or driven past the Celtic Manor Resort over the last few months, you will have noticed the huge new International Conference Centre Wales situated next door. The ICC is a joint venture between the Welsh Government and the Celtic Manor Resort designed to bring world class conventions, events and meetings to Wales. And it’s doing really well, with the Association of Stoma Care Nurses annual conference, an Experience with Arnold Schwarzenegger gala dinner for more than 1,200 people, BBC Wales Live Debate, and the prestigious 2019 UK Space Conference which saw UK astronaut Tim Peake take to the stage among the high profile events hosted by the venue since it opened in September.

But don’t be fooled into thinking it’s all stuffy business meetings and conferences taking place inside though.

This Christmas, the centre’s tiered theatre is home to the most magical of Christmas experiences – The Nutcracker on Ice. 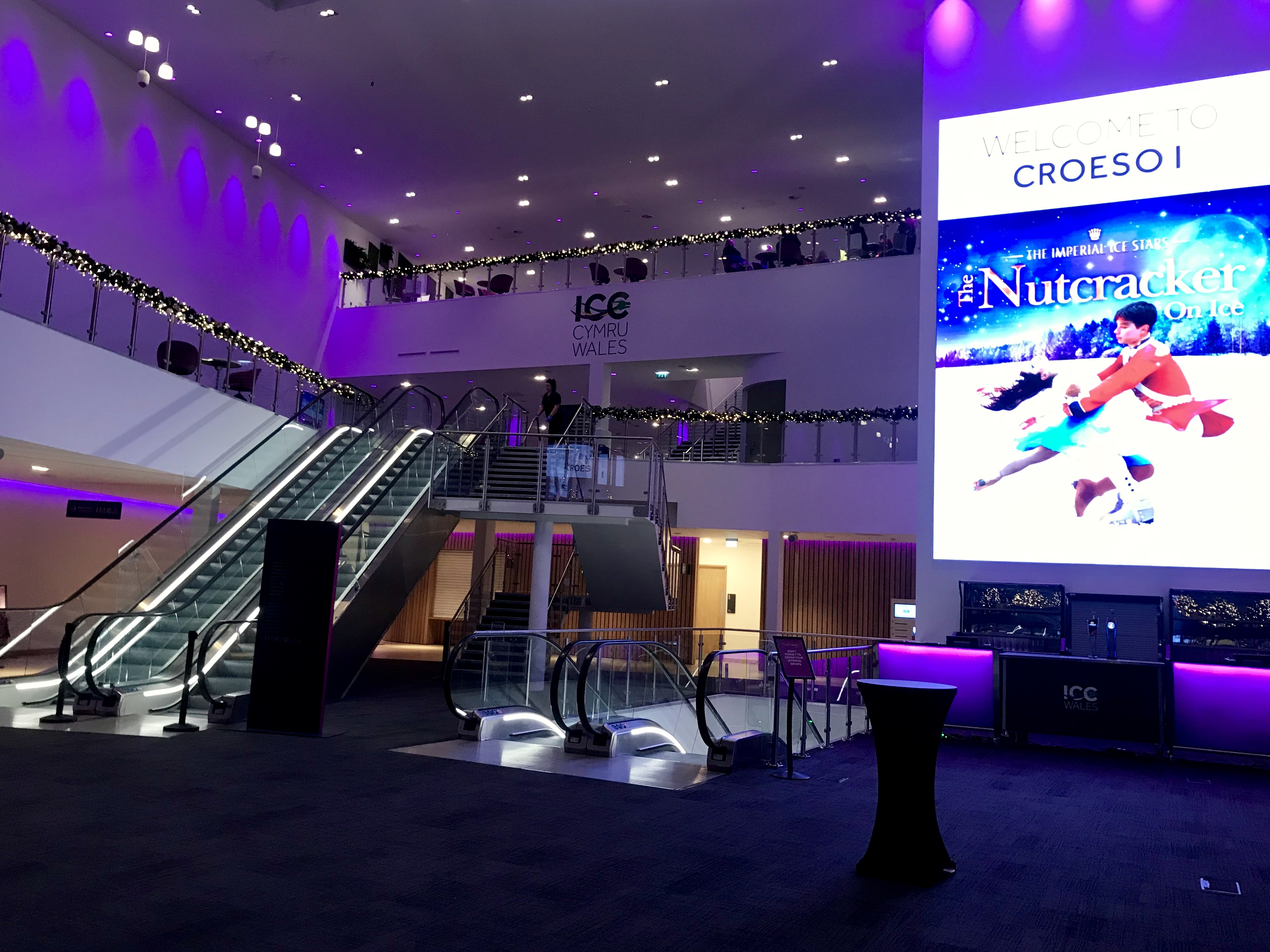 The world-famous Imperial Ice Stars have journeyed from Russia to present this retelling of Tchaikovsky’s famous 1892 ballet, The Nutcracker, with the stage transformed into an ice rink for the best part of a month. The production blends the traditional elements of the famous story with some incredibly impressive manoeuvres on the ice, some wonderful acrobatics, magic and even circus skills.

My children and I were lucky enough to attend last Thursday’s press performance, and thought it was wonderful. 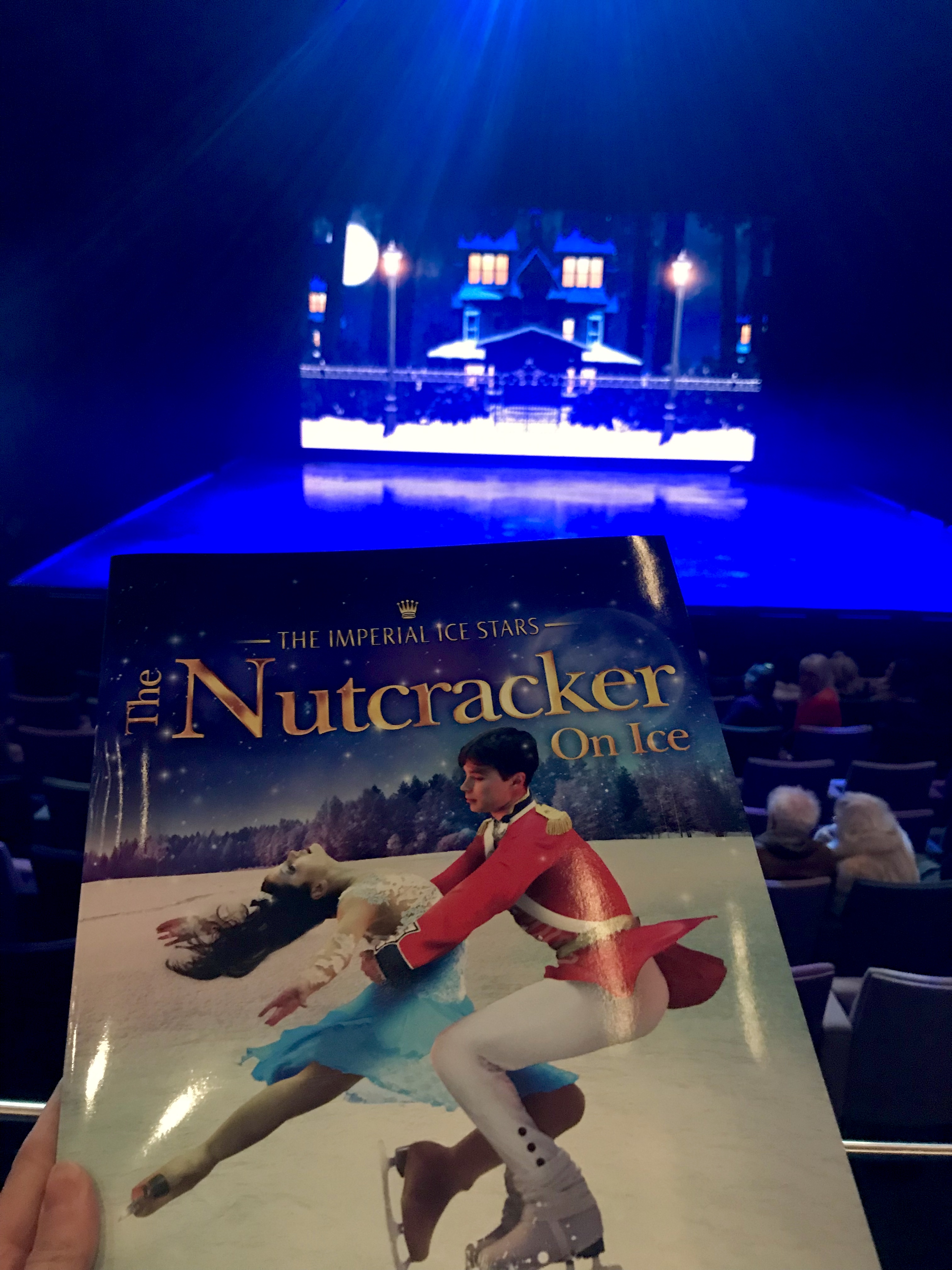 Our evening began with a two-course meal in one of the centre’s many function suites, with guests in attendance including former Welsh international rugby players, high profile business leaders, and even the Mayor of Newport. The food was incredible, with starters of Welsh chicken and prune ballotune, beetroot and asparagus with candied walnuts, or a leek and potato soup for the children; and mains of herb roasted Welsh lamb rump, or spelt and lentil roulade. It was my children’s first experience of a formal banquet and they thought it was really exciting.

Dessert came during the interval, with an array of choices inspired by the performance, including The Mouse King’s chocolate cheesecake, the Nutcracker’s Red Velvet Cake, The Sugar Plum Fairy’s plum compote and vanilla sponge, and midnight macarons. 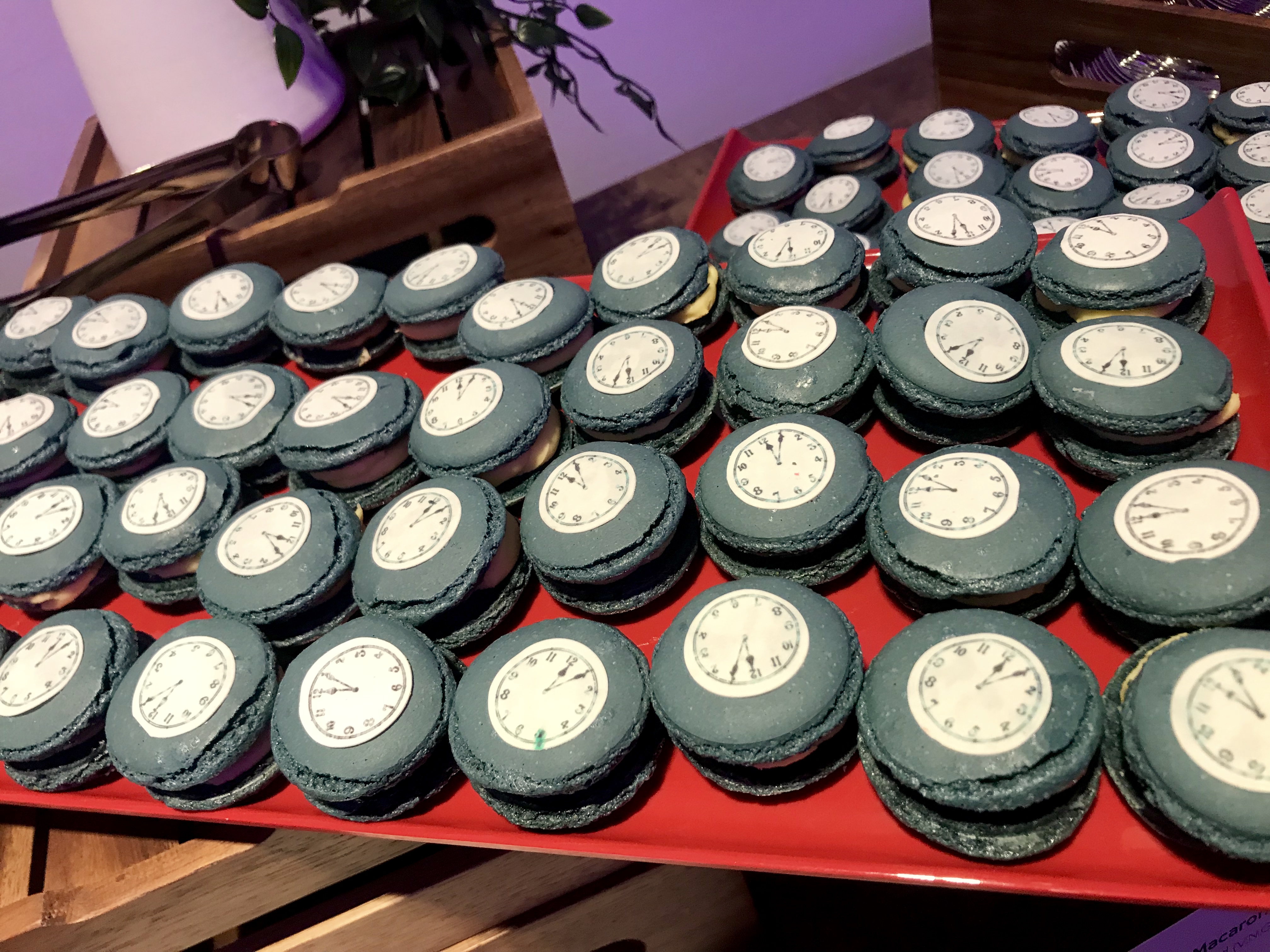 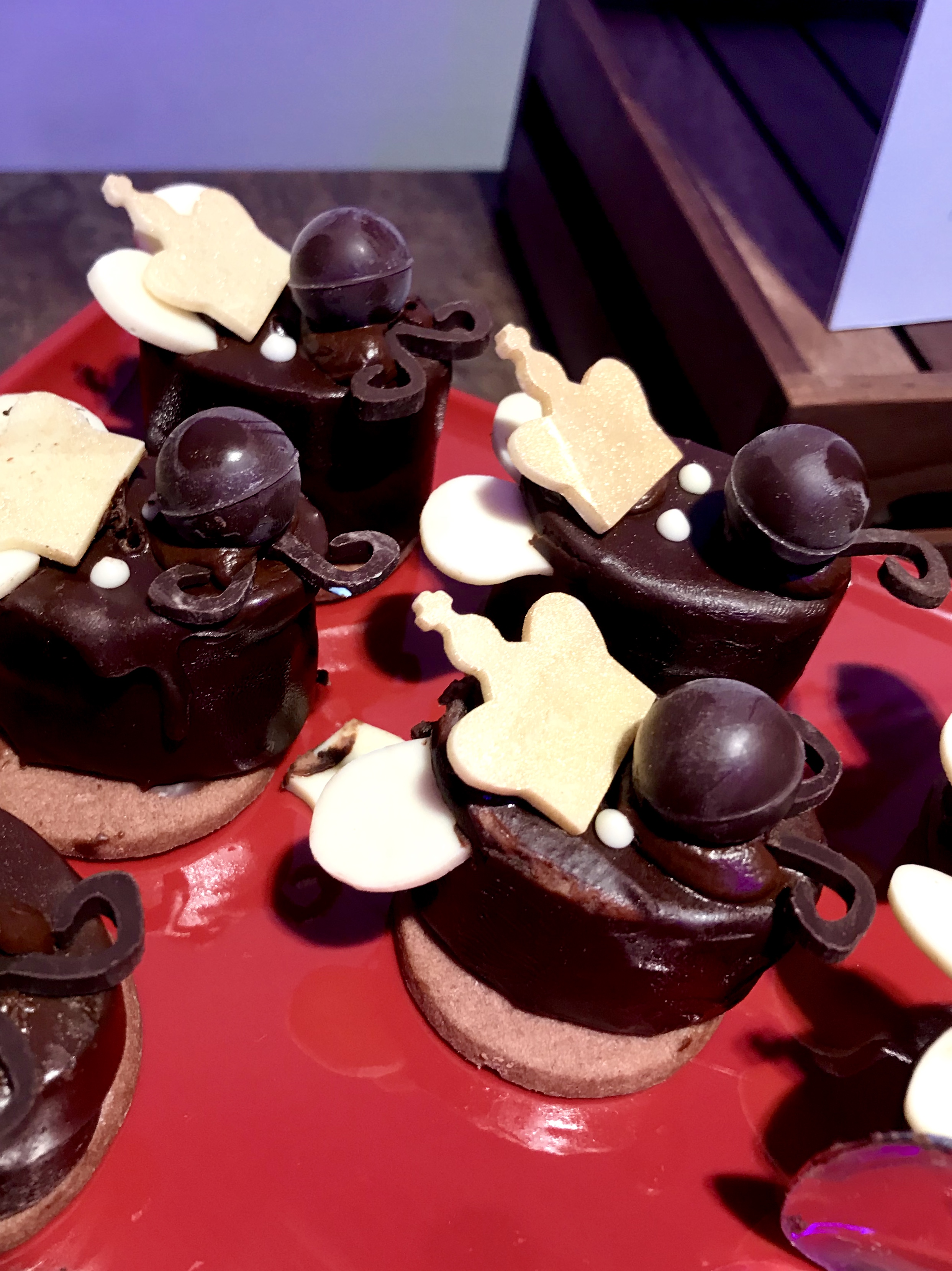 It’s worth having an understanding of the story of The Nutcracker if you’re planning on seeing the production, as there’s no dialogue at all during the performance. The souvenir programme has a good synopsis of the plot, although my children were familiar with it from a cartoon version they watch every Christmas and a beautiful pop-up edition of the book that we all love. My 10 year old daughter had an extra understanding as she’d studied the music at school two years ago. She loved telling us all about it, and was thrilled to recognise some of the tunes she’d learned about.

For those new to the story, The Nutcracker takes place in the Russian city of St Petersburg at a Christmas Eve party. As the grown ups drink and dance, the children excitedly unwrap presents of colourful toy soldiers and beautiful dolls. However, the atmosphere changes when the mysterious Herr Drosselmeyer enters and begins to perform his magic tricks, with alarming results. He presents young Marie with a nutcracker doll. After the partygoers have left, Marie sneaks downstairs to check on her nutcracker – and finds herself entering a magic world where the toy soldiers defend her from the Mouse King and his army, and heading on a journey with the nutcracker prince to the magical Kingdom of Sweets where the Sugar Plum Fairy organises a grand celebration of dancing. We’re left at the end asking whether Marie’s adventures were just a magical Christmas Eve dream, or whether they really happened. 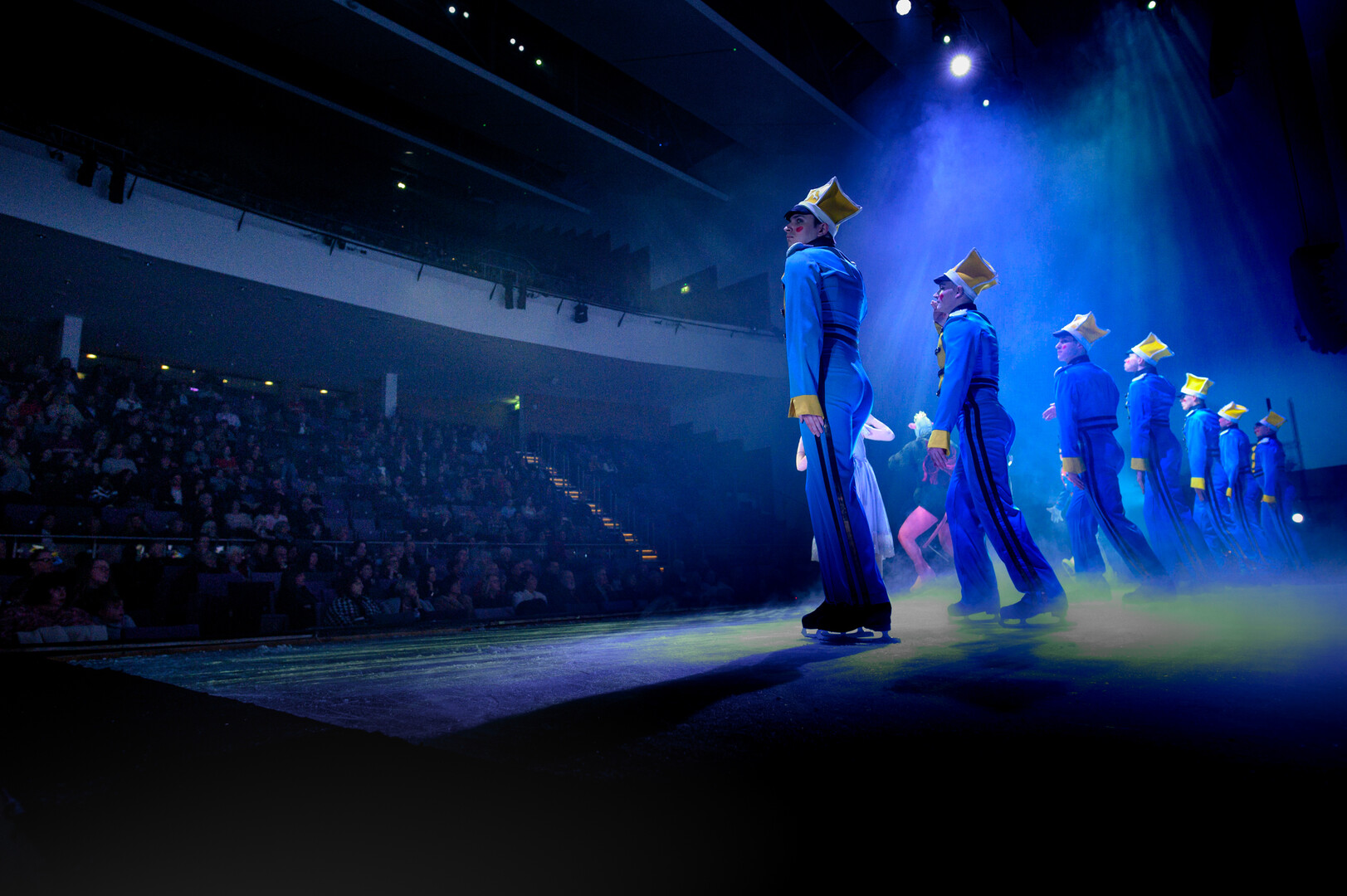 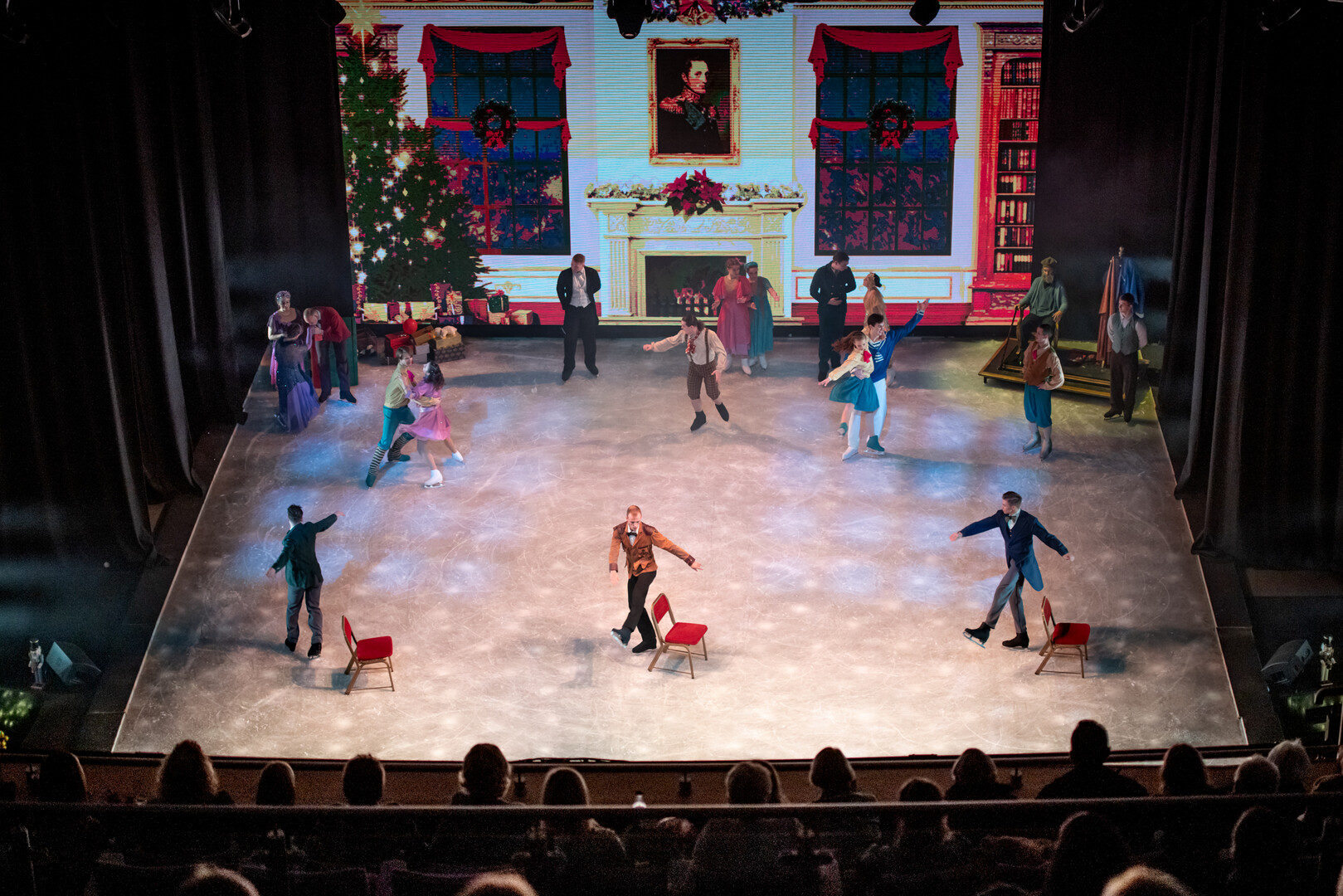 I’ve seen the ballet a couple of times previously, and it’s always impressed me with its enchanting storyline and memorable music. However, seeing it performed on ice brings it to another level entirely. Some of the skating was jaw-droppingly amazing, with jumps, lifts and twirls all expertly executed. The second act in particular really impressed us, with acrobats hovering over the stage, stilt-walkers skating on the ice, and even flame-throwing jugglers.

It was interesting to read in the programme notes just what a physical journey the cast (many of them just in their late teens and early 20s) have been on in staging this show. Tony Mercer, artistic director for the company, talks of an intensive seven week rehearsal period with six day weeks of up to 11 hours. “In search of exciting new elements (by that I mean lifts, jumps, spins) the boys and girls have suffered broken bones, stitches, muscle damage, ligament damage and dislocations.” He says it might sound horrendous but it goes with the territory of pushing the boundaries and seeking something new that will bring audiences to the edge of their seats. 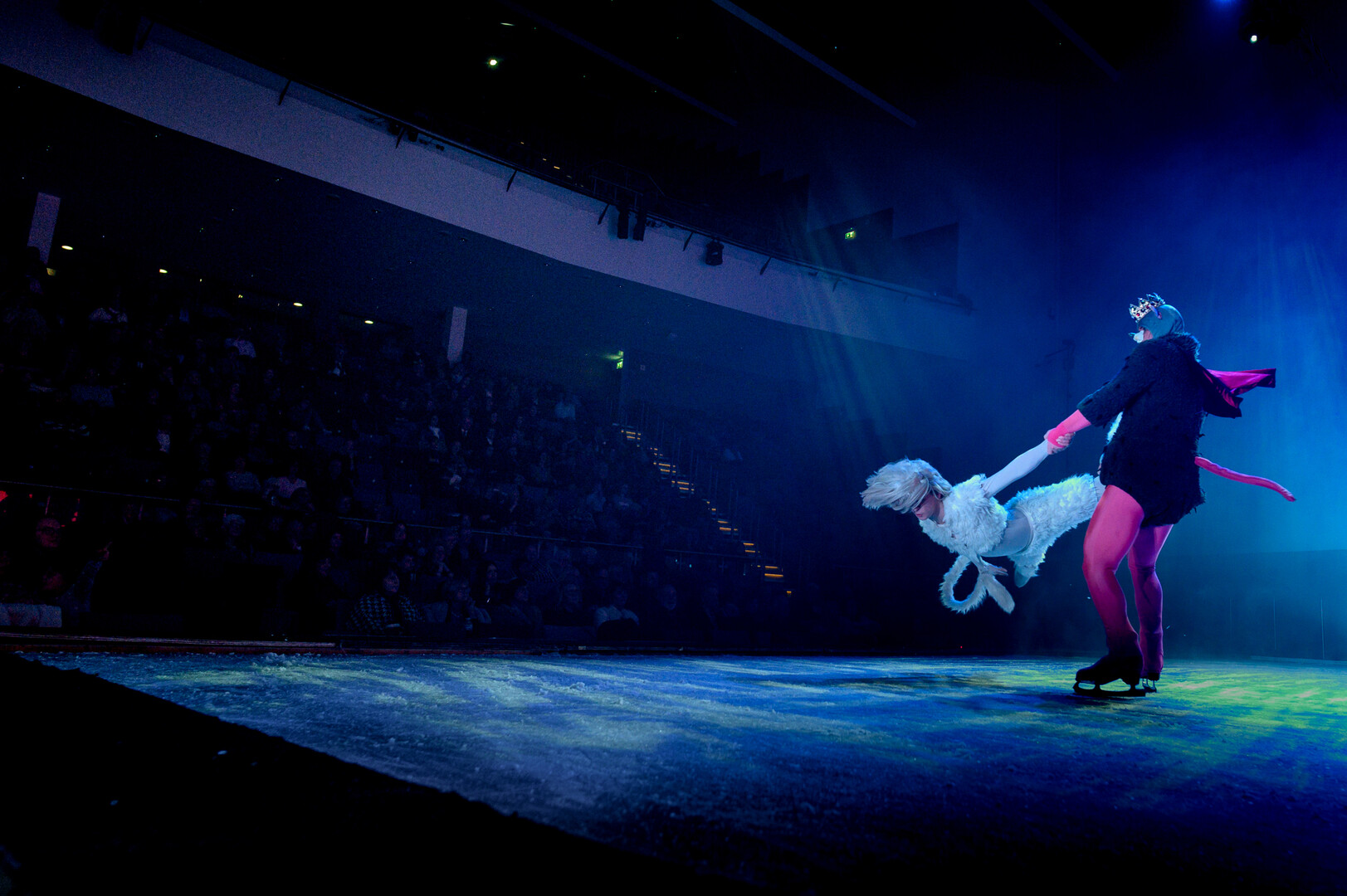 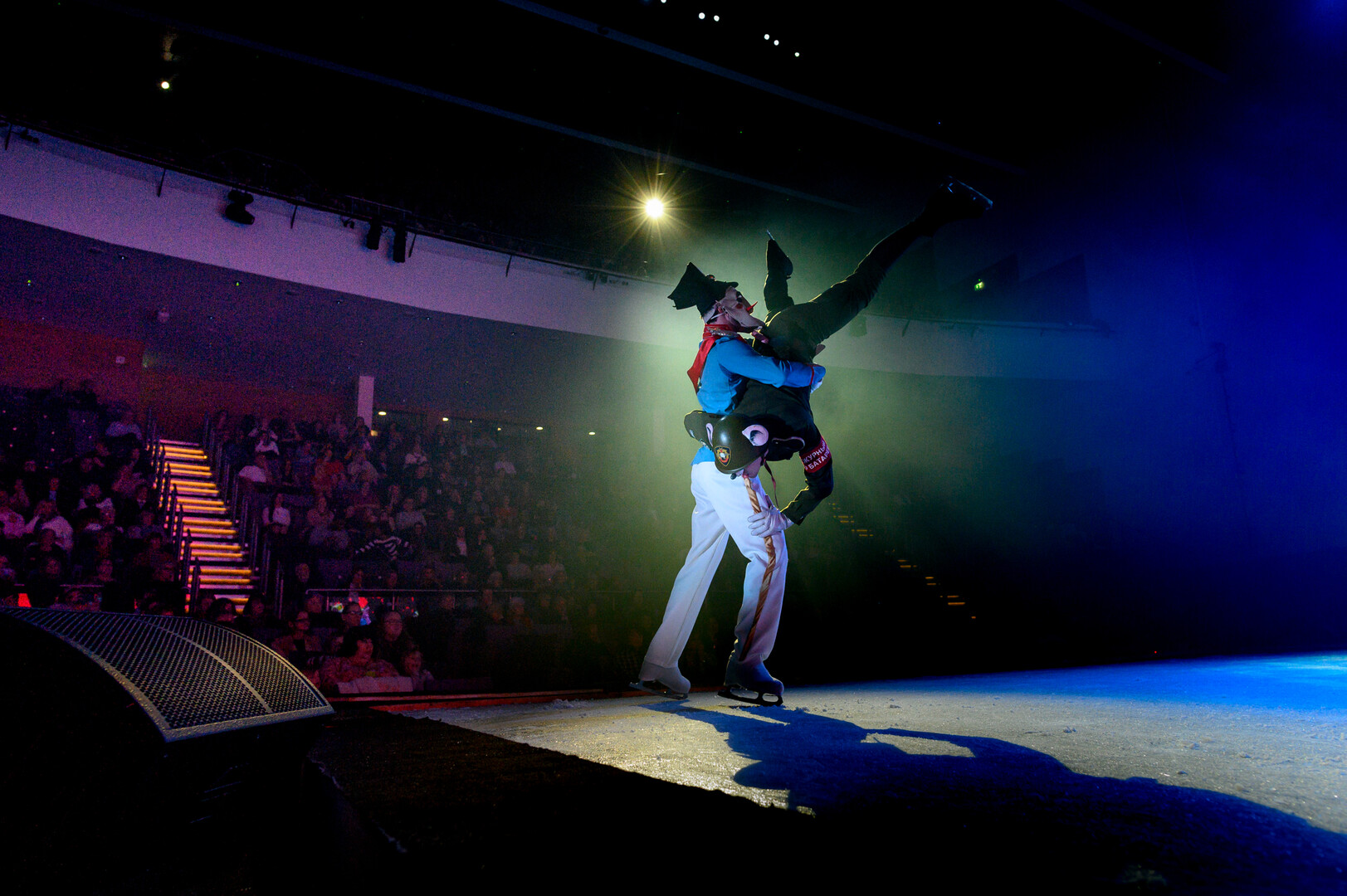 My daughter particularly liked the love story between Vasilisa Ozerova as Marie and Maksim Bobrov as the Nutcracker Prince, while Alfred Morus gave a very captivating performance as Herr Drosselmeyer. All of the cast were incredible though, dancing with so much energy and confidence and performing difficult stunts with ease and grace.

A 7 by 12 metre LED wall at the back of the stage portrays all the backdrops for the different elements of the story. It’s not quite the same as proper scenery, but with the action taking place on every inch of the ice, the stage needs to be clear so the video works really well at bringing, in particular, the magical worlds of the second act to life.

My children are 10, 8 and 5 and we all loved this show, although it’s definitely better suited to older children. The ice skating and circus skills are wonderfully impressive and the story so magical it’s perfect seasonal entertainment.

The Nutcracker on Ice is at the International Conference Centre, Celtic Manor until 5 January. Tickets cost from £20.25, with family tickets, dining packages and cast meet-and-greets available. See the website for information. The show is around two hours, including interval. Age guidance is 5+ with no admittance to under 2s.

If you’re planning on watching The Nutcracker on Ice then you might also like to take to the ice yourselves, with The Great Skate ice rink currently at the Celtic Manor Resort until 5 January. Look out for our review tomorrow.

Homepage » Cardiff » A review of The Nutcracker on Ice at the International Conference Centre, Celtic Manor Resort, Newport