The news that the majority of mums feel guilty about taking time away from family life to exercise came as no surprise to me.

The survey of 1,006 mothers of children aged six and under found that while more than three-quarters (77%) of mums want to do more exercise, three in five (61%) admitted they would feel bad about taking for themselves.

Lack of time was also a huge barrier for women, with three in 10 of the mums surveyed saying they had less than an hour of free time each day.

The poll might have been conducted by Sport England as part of its This Girl Can campaign (you can read more about it here) – but I know through my own experience as a mum of three, a yoga teacher, and community coordinator for This Mum Runs Cardiff that it’s a similar story here in Wales.

As I wrote last week, I hated PE at school, but since my early 20s, fitness has been a huge part of my life; in particular yoga, the gym and running. And although I continued teaching and practicing yoga right until the end of my first pregnancy (and I taught right until the end of my subsequent two pregnancies), when my daughter arrived I suddenly became one of those mums who struggled to find time to exercise. Having three babies in four years made it tough. Being a breastfeeding mum made it tough, especially as two of those three refused to take a bottle of expressed milk no matter how hard we tried. Having a husband who worked long hours made it tough. Running my own business around my children made it tough.

There were days when I barely had time to clean my teeth, never mind find an hour to go to the gym or for a run, so I really wasn’t surprised to hear that three in 10 of the women questioned by Sports England said they had less than an hour of free time each day.

And even if I could have found the time, while my children were young I definitely had an overriding sense of guilt about taking any time out for me, whether that was for exercise or anything else. I was the classic mum who joked about classing a solo trip to the supermarket as a me-time, but for whom that was, sadly, a reality. I tried fitness classes specifically for mums and babies, but inevitably my daughter would need feeding, or settling, and I felt like I had neither had a work out, nor been a good enough mum. I also felt like I needed time to exercise away from my children in order to get that headspace.

It’s a common feeling among mums I know. Those who work feel guilty for taking even more time away from their families. Those who stay at home to look after their children, often feel a sense of duty to continually be around their children and worry about handing over control to someone else. Those who don’t have a partner (and even some of those who do) wouldn’t dream of asking for support for something as ‘frivolous’ as going to the gym.

There’s a general feeling among mums that taking time for themselves is somehow selfish. We often forget to prioritise ourselves – indeed, the report found fewer than one in five mothers (17%) prioritise their own exercise.

And if we don’t prioritise our own needs, whether that’s sports or otherwise, then who else will?

Failing to do so is even putting our health at risk, according to the results of another survey released in April. The report, in which Well Pharmacy questioned 2,000 mothers with children aged 16 and under, found that more than two-thirds of women in the UK are “struggling” to keep up with their busy lives, with more than four in five (84%) admitting they continue with their usual routine even when they’re unwell because they “didn’t have time” to see their GP..

Yet it’s no secret that taking time for ourselves is vital.

In order to be the best we can for everyone around us, we need to ensure out needs are met too. We need time away from all our responsibilities to switch off, to clear our minds, to process our thoughts, and to remember who we are away from family and work. 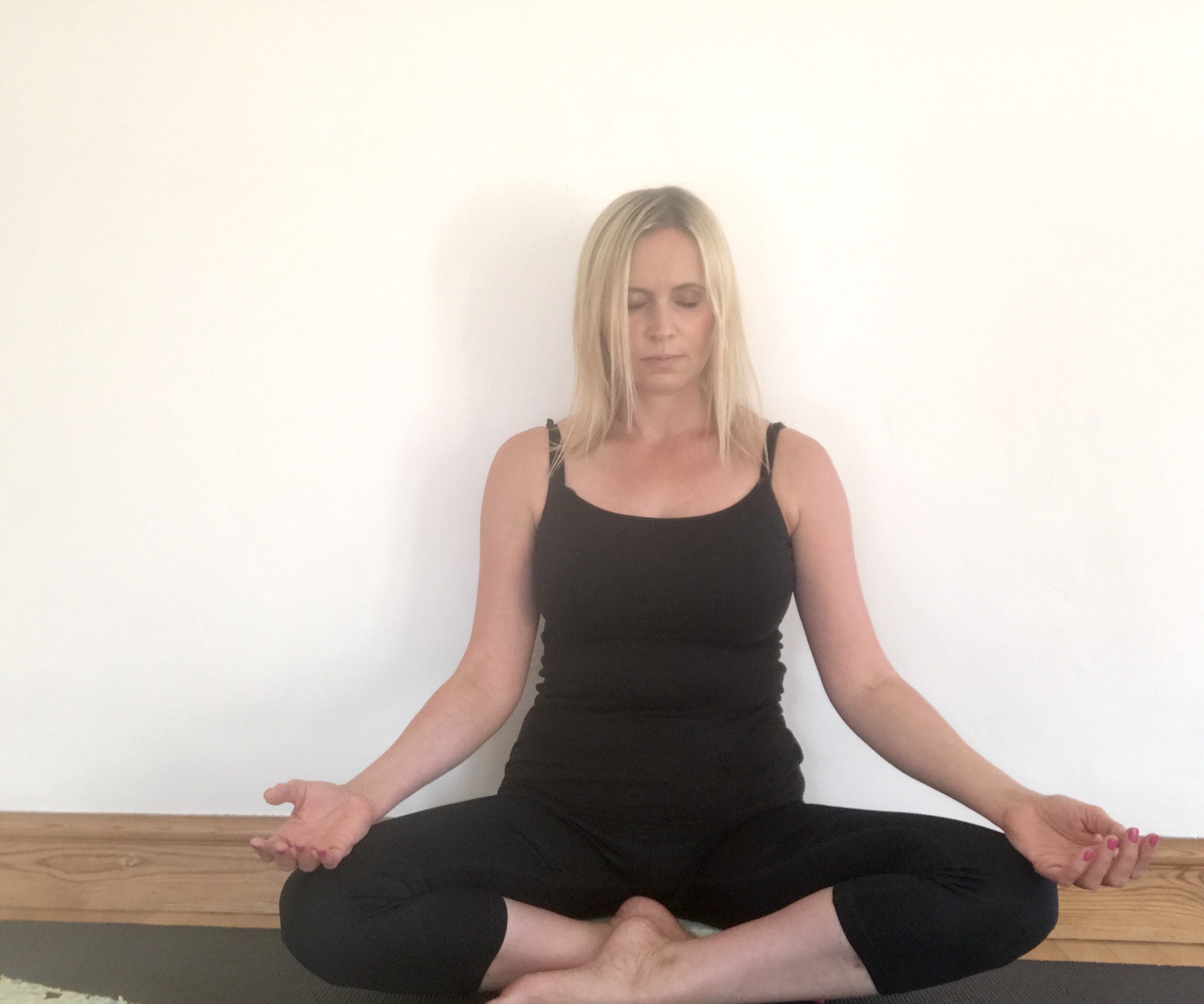 Having practiced yoga for 18 years and taught it for nearly 10, I know this only too full well. I was saying it in my classes for years before I had children.

I never thought I would be the one struggling to make time for something so important in her life… but suddenly I was the statistic.

There were a few things which helped me feel happier about carving out time for myself.

The first was my children getting older and being less reliant on me. For the best part of six years I was pregnant or breastfeeding. I had spells where I would get back to a regular yoga practice or the gym, but it was never as consistent as I would have liked. My youngest starting pre-school nursery was a huge life-change for me because suddenly I had child-free time for the first time in seven years. At first I fell into the trap of filling those 2.5 hours with cleaning or chores. But then one day I went for lunch on my own and I felt so calm and relaxed afterwards that I knew I had to be better at making myself a priority.

The second was a friend telling me that her best advice for anyone looking to get back into exercise was that I needed to timetable my fitness activities into the family calendar in the same way as I did my children’s various clubs and activities. Everyone in the house now knows when I run, when I go to the gym and when I do yoga. My husband knows not to make plans at these times, unless it’s unavoidable (and I do the same for him with his football night). 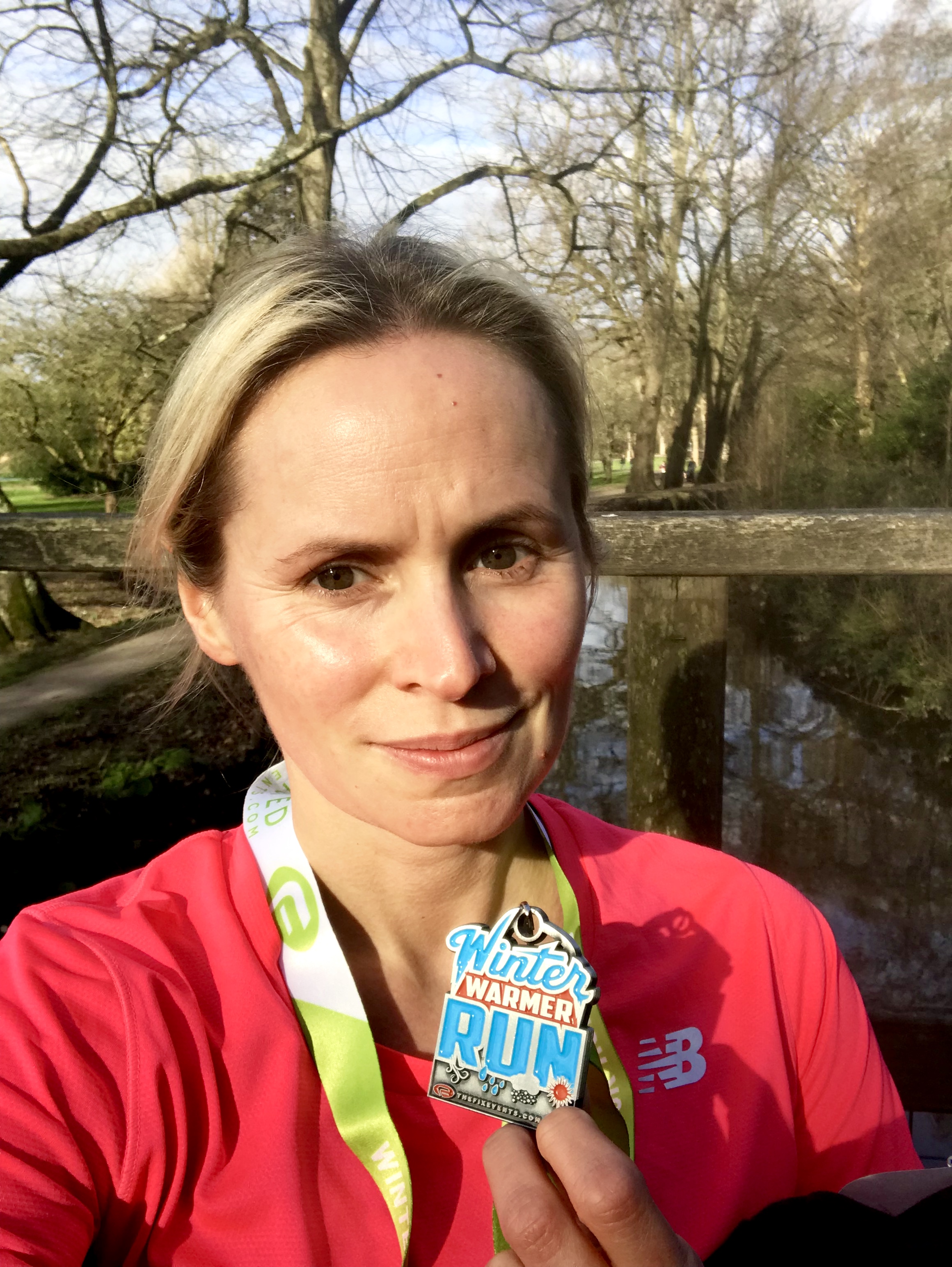 And finally, it was truly noticing what a better mum, wife and worker I became when I had taken that time for me. I can always tell when I’ve had a few days of not exercising, or if I haven’t had any down-time for me. I try not to go too long without exercising but sometimes it’s unavoidable. But as soon as I can feel those moody and irritable feelings taking hold, I know I have to do something for me.

Quite coincidentally, my daughter said to me this morning that she didn’t like it when she woke up in the mornings and I wasn’t there because I was at the gym.

I go early three mornings a week, arriving home at around 7.30am, so there’s never really more than half an hour between them waking and me arriving home (just in time for the chaos of the school-run mornings). I like going at this time because it causes minimal disruption to family life and it helps me feel focused and positive about the day ahead.

I was quite taken aback – I hadn’t spoken about this report to her and as far as I know she hasn’t seen it in the news. But her comment couldn’t have been more timely.

“I miss you when you’re at the gym and not here in the mornings,” she said.

Initially I felt guilty at not being there to cuddle my babies when they wake – but then I remembered why me going to the gym was so important.

“Oh, I’m sorry to hear you feel that way,” I said, putting my arm around her. “I miss you too. But why do you think Mummy goes to the gym?”

“To be healthy and fit?” she asked.

“Yes. But that doesn’t just mean my body. It helps my mind keep healthy too.

“Being mummy to the three of you is the most wonderful thing in the world to me but in order to help me the best mummy I can, sometimes I need time to be me as well. Just like sometimes you like time in your room to read on your own and to get some peace and quiet, or you want to have a friend around to play rather than playing with your brothers, sometimes I need time for me.”

I think she got it. I hope she understands. And I hope she remembers this conversation. 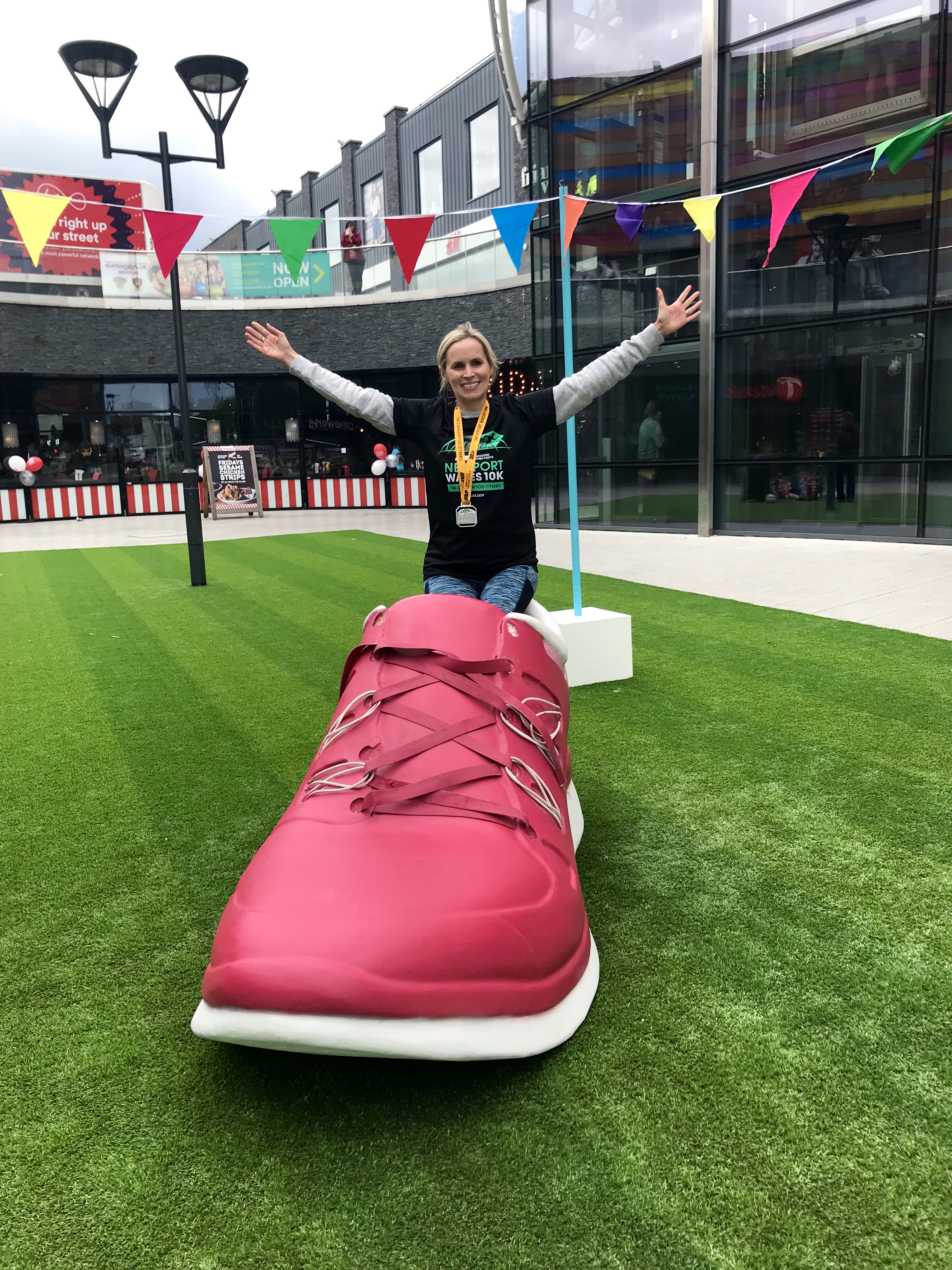 As Lisa O’Keefe, insight director at Sport England, said following the reports publication: “All of us have a role to play in making mums feel okay about prioritising getting active as they would other things in their lives.”

I hope that if and when she becomes a mum, she’ll know it’s okay to take time out for herself too.

And if she, or indeed any of my children or their partners, forget, I’ll be there to gently remind them that their needs are important too.

What do you think? Do you feel guilty about taking time away from your family to exercise, or to do other things you enjoy? I’d love to know your thoughts, either in the comments below, on the Cardiff Mummy Says Facebook page or you can tweet me on @cardiffmummy

Homepage » Current affairs » A few thoughts on mums feeling too guilty to take time out to exercise (or, in fact, to take any time for themselves)