This weather has been hot, hot, hot and so in an attempt to cool down I took the children to Barry Island straight from school on Monday.

We had the best time – paddling in the water in our swimming costumes, building sandcastles, eating chips and ice cream. We were still on the beach until gone 7pm, amazed at how hot it was at what is usually bedtime for my kids and so pleased to see so many people taking advantage of what might be our only chance of summer. 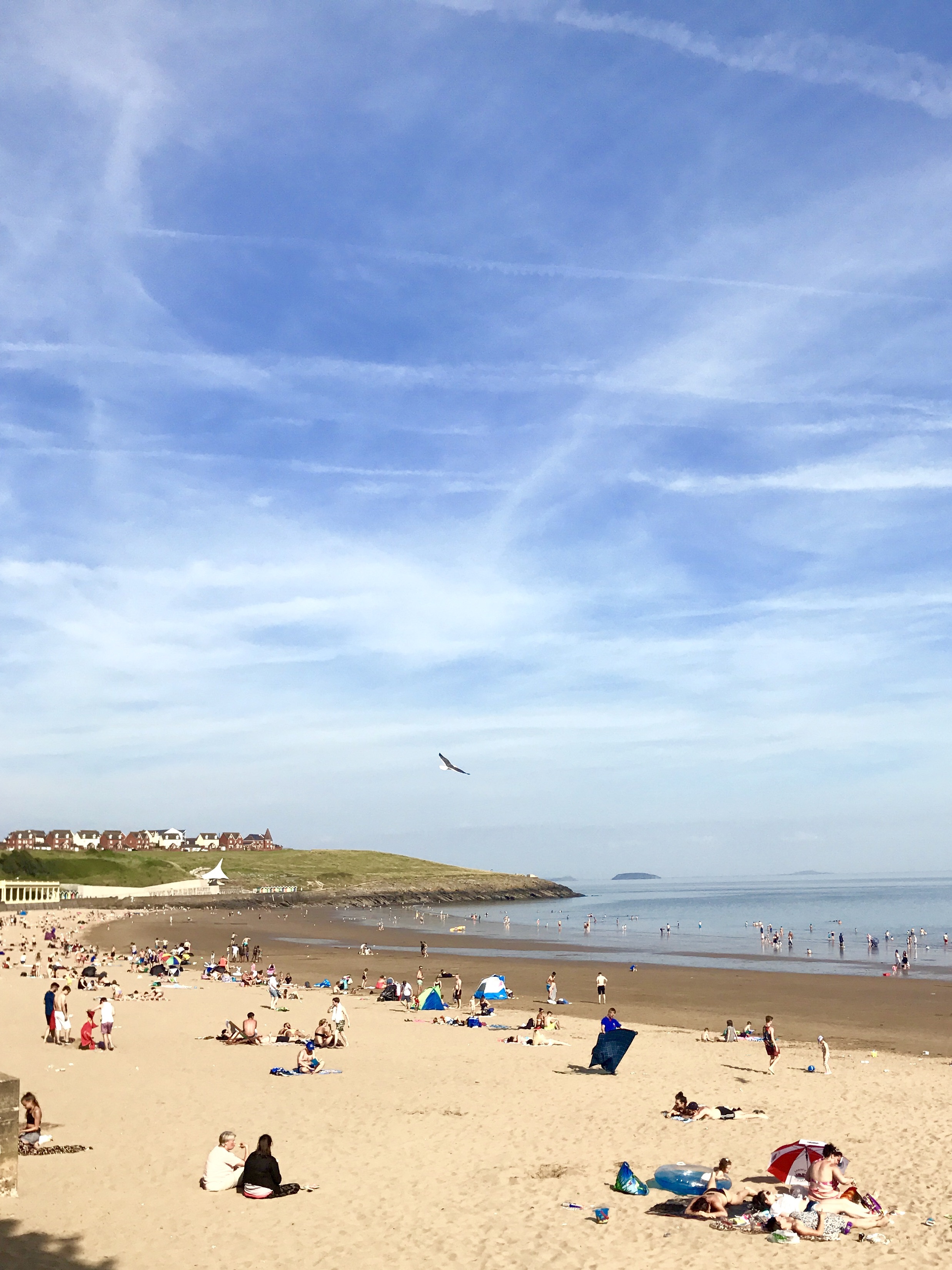 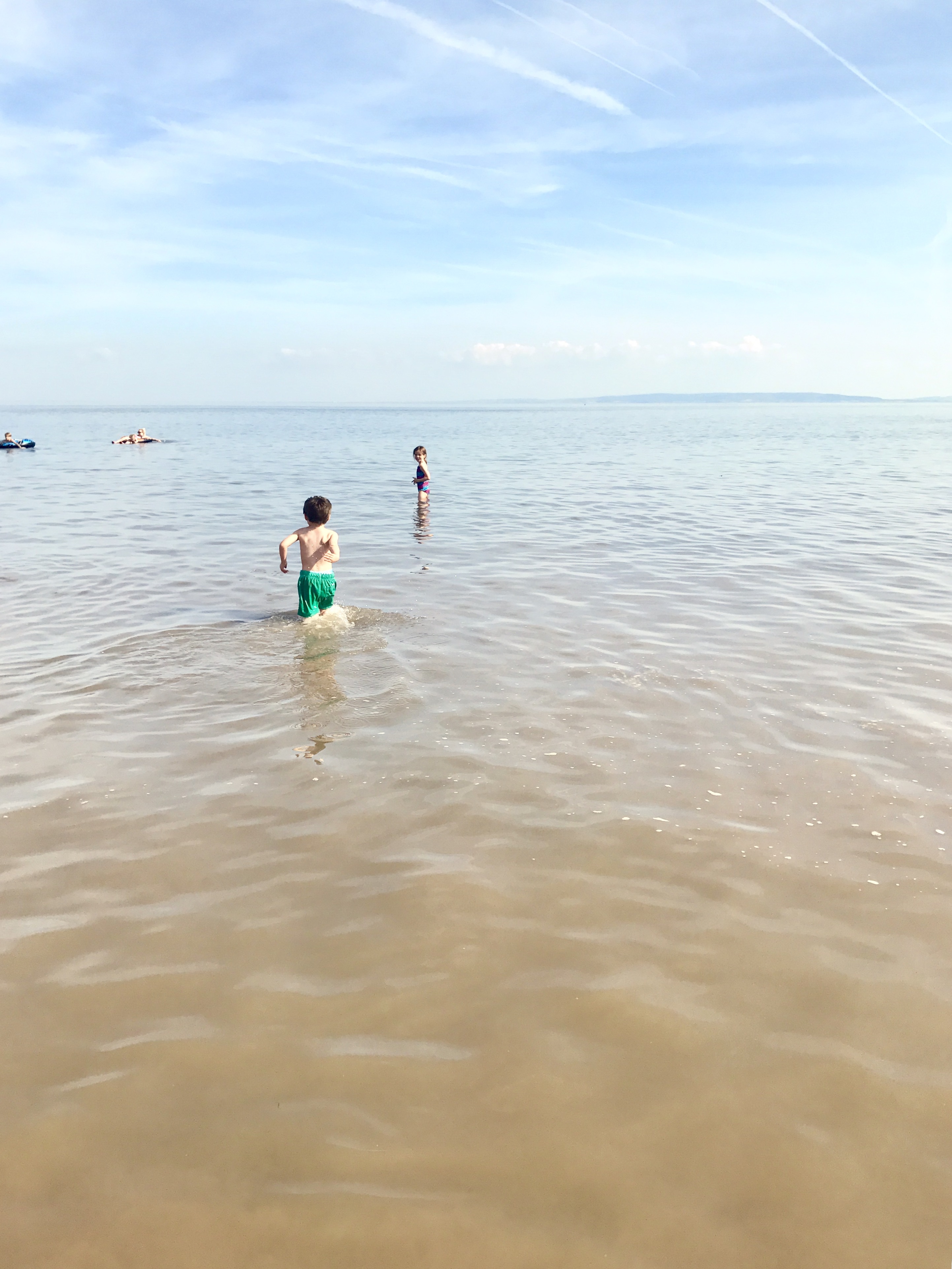 The beach was starting to get quieter as we finally gathered up our stuff to leave. As I packed away the beach towels, Little Man O, age 5, turned to me and said, “Mummy, why is there so much rubbish on the beach?”

And he was completely right. Plastic bottles, empty chip cartons, ice lolly wrappers, a pile of discarded wet wipes. And that was just within a couple of metres around where we had been sat. It was awful! I was about to suggest that we gathered up what we could to put in the bin but I didn’t need to say it; he’d already started picking up litter, his three year old brother and seven year old sister joining him in carrying as much as their little hands would allow.

He’s five and he already knows it is not acceptable to leave litter in our public spaces, and certainly not in our beauty spots. He still in reception class and he already has enough of a social conscience to clean up after other people. It’s not the first time he has done this when out and about.

So why then do so many grown ups think it is okay to leave a trail of rubbish behind them? 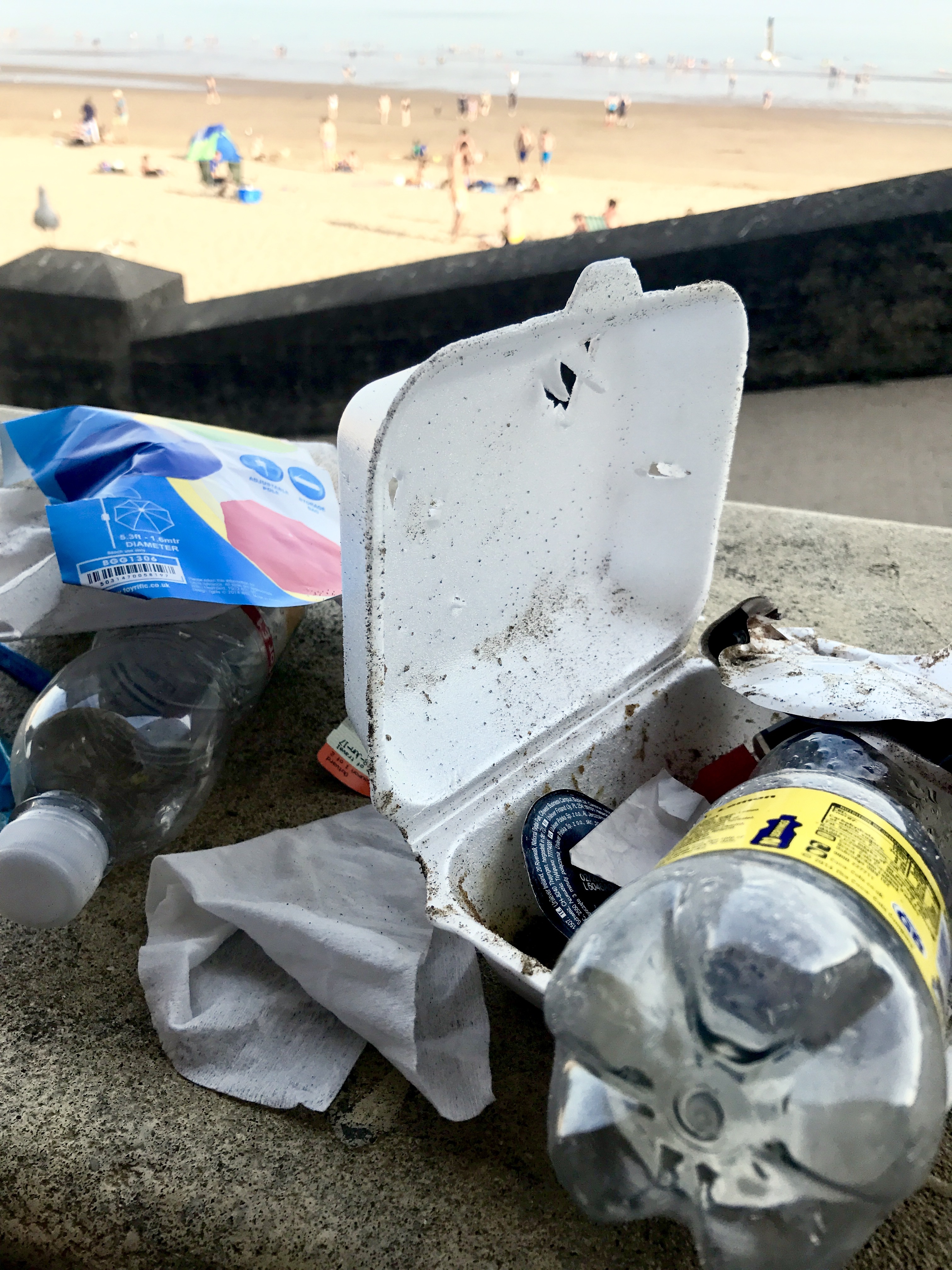 Some of the litter my children collected

It’s an absolute disgrace and these people should be thoroughly ashamed of themselves. I genuinely cannot understand how people can think this okay. How on earth can they leave a pile of litter on the floor around them and not have the intelligence or the consideration to pick it up and take it with them? And we’re not talking one or two rogue people here, we’re talking dozens, hundreds even.

At Barry Island, it’s not like they even have far to go to dispose of their litter. As you leave the beach, you head up onto the promenade and there are bins every couple of metres. And when we were there, the tannoy announcements were reminding people every half hour or so not to leave their rubbish on the beach.

As we deposited what we had collected in the bins, we looked down onto the sandy beach and could see patches of litter across its entire length.

It honestly made me want to cry.

I grew up in Barry and beaches such as Whitmore Bay were a huge part of my childhood. Back then the waters weren’t very clean; the rumour around the town was that raw sewage was pumped into the sea and we locals avoided the water, laughing at the tourists who dared venture in. I’m not sure how true that was but either way, things have changed massively at Barry Island. They have worked so hard to become a Blue Flag beach and to maintain that status, an award recognised in 46 countries around the world for good environmental awareness and behaviour.

What do the litter louts think happens to their rubbish?! It doesn’t magically disappear overnight. Well, the sea might sweep it away and it might kill or injure sealife before getting washed back up onto the beach again. No, the council has to pay people to trawl the beach picking it all up. Just consider that for a moment; someone gets up at stupid o’clock in the morning, heads to the beach and spends their working day clearing up other people’s crap. Literally in some cases as we also saw a discarded nappy on the beach. Don’t you think councils have better things to spend their money on?

I was a bit preoccupied with three kids to take more photos of the litter, but if you want a better look, then check out this article in the town’s local paper, The Barry and District News. Local councillors are calling for on-the-spot fines for people who litter.

And I know this isn’t the only place that has a problem with litter being left behind. Everyone I know thinks leaving rubbish behind is terrible… so who are these huge numbers of people who do it? Seriously, who are they and why do they not care? Why do they do it?

I know a lot of you reading this will have clicked on this link because you agree with me. I just hope we can get the message across to those who need to hear it.

What do you think? Do let me know in the comments below, on the Cardiff Mummy Says Facebook page, or you can tweet me on @cardiffmummy

1 Comment to Take your litter home, you disgusting people!