Anyone who has attended any kind of social occasion with me in the last 10 years or so will have tried these. They are one of my fail-safe, go-to dishes and they are always so popular.

They’re probably one of the simplest recipes I’ve ever featured on my blog, but that doesn’t mean they lack in taste. They’re always really popular at barbecues and parties, and lots of my friends have told me they’ve made them themselves after trying mine. I can’t claim them as my own invention, however, as I completely stole the idea from someone else after she bought them along to an event. As the old saying goes, imitation is the sincerest form of flattery.

Here’s how to make them.

200g feta cheese, cut into cubes of about 2cm

A good handful of fresh basil leaves, cut or torn to just bigger than the feta cubes 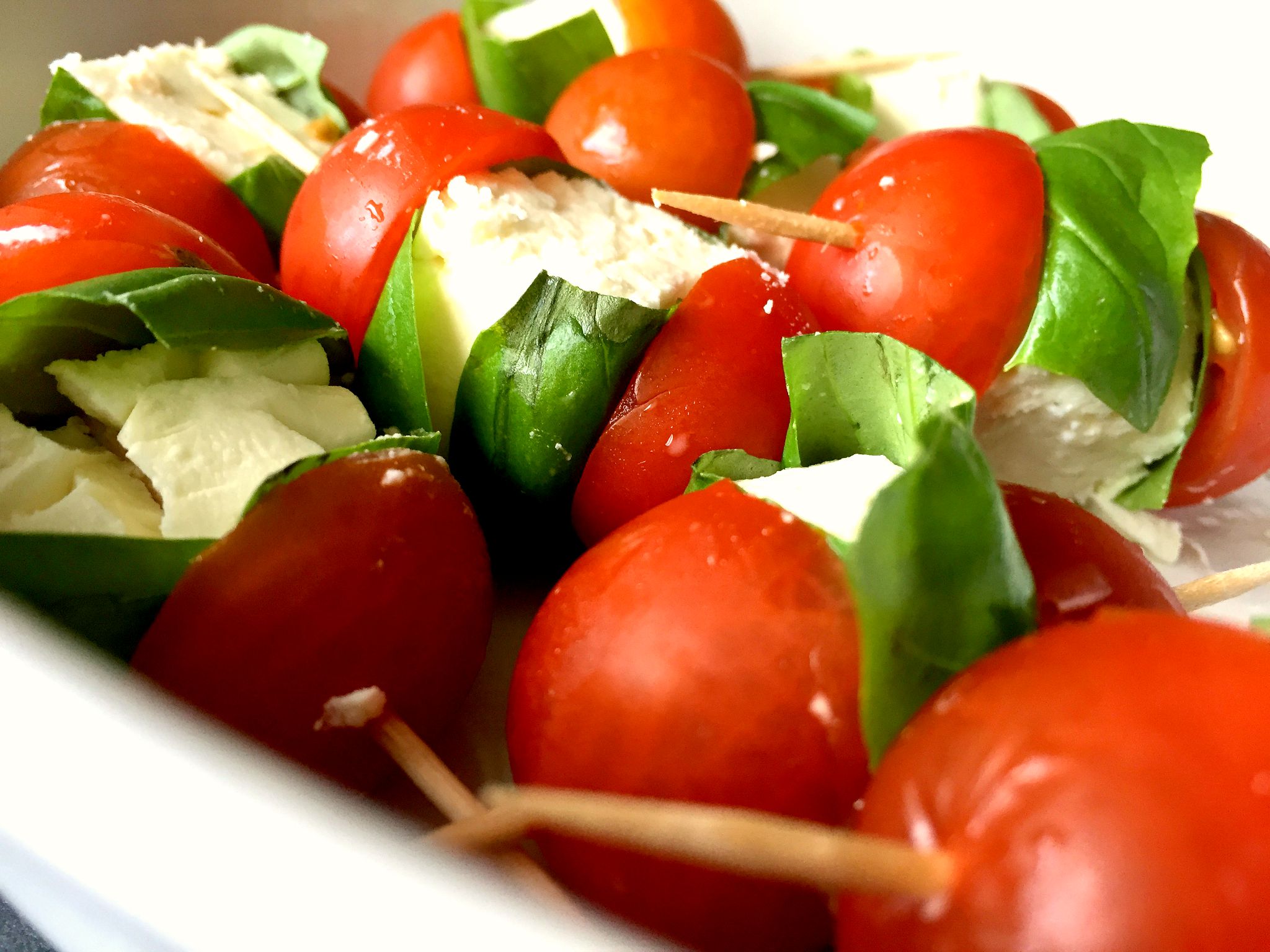 The trick with assembling them is to put a piece of basil leaf either side of the feta before putting it onto the cocktail stick, so that the cheese doesn’t crumble. Then, place the tomato halves either side.

You can drizzle with olive oil if you wish, or season with black pepper.

Variations include using sun-dried tomatoes instead of the fresh ones, or using mozzarella balls instead of feta.

Admittedly, not all children will like the strong taste of feta, but whenever I serve these, I find a lot of them are intrigued by the way look and even children who are usually reluctant to try new foods want to give them a go. Two out of my three little ones love these – although I don’t let Baby anywhere near the cocktails sticks!

Hope you like them! Let me know if you give them a go.

You can see all of my recipes on my blog here, or follow my Cardiff Mummy Says Pinterest recipe board. You might also like these: sweet potato bites with garlic and salt or roasted peppers stuffed with quinoa, mushrooms and courgettes.