“You don’t look like someone who eats organic food,” is what Cardiff Daddy said to me as I left the house this morning. I was on my way to Penarth for #wakeuptoorganic – a nationwide event run by Organic Naturally Different encouraging people to see the benefits of organic food by giving them a free breakfast made from organic ingredients.

“But that’s exactly the point ,” I told him. “People have such stereotypes and preconceptions around organic food – that it’s only for hippie-types, or that it’s too expensive, or that the food is all misshapen and unappetising. Why can’t I dress like this and like organic food? You are allowed to do both. ‘Normal’ people eat organic too.” 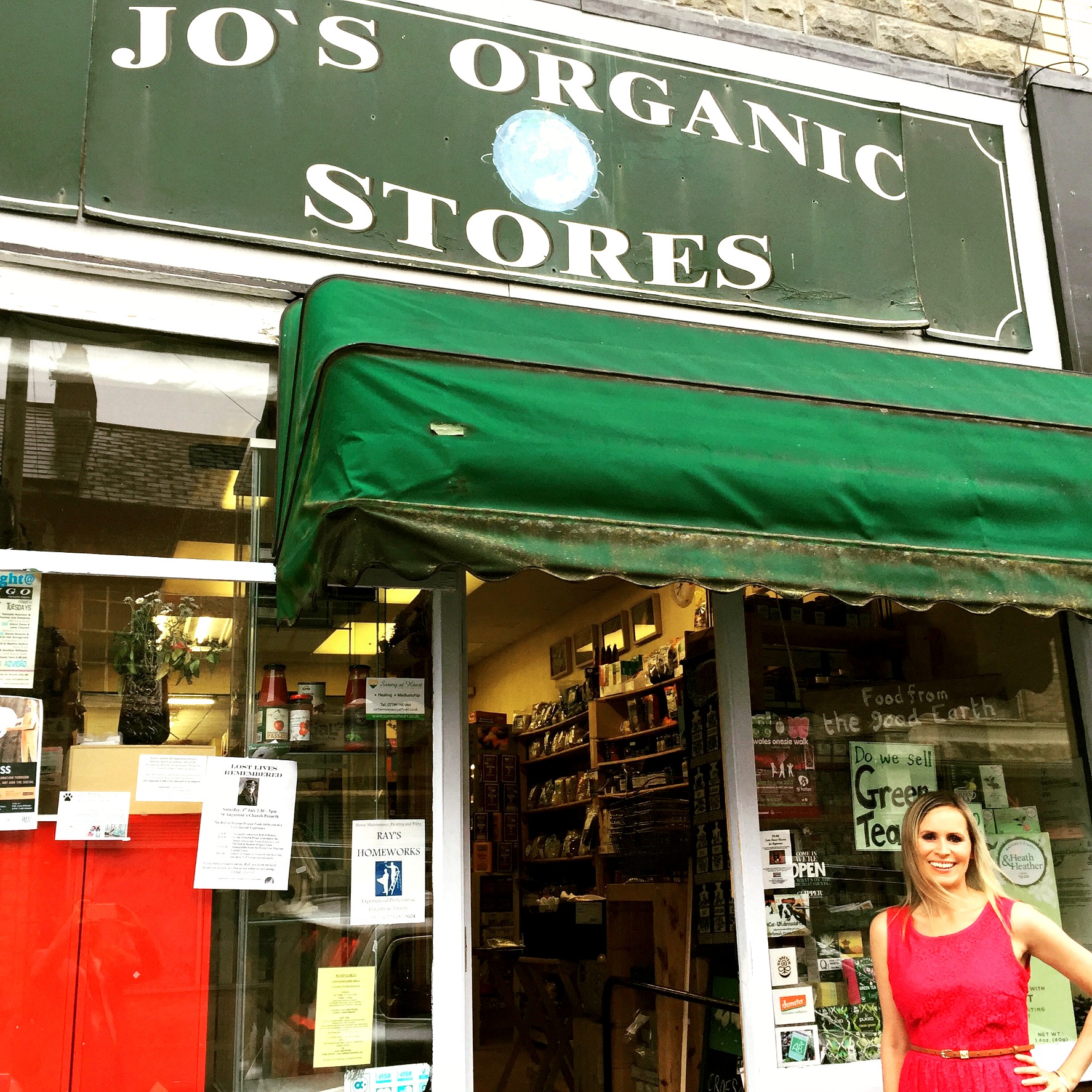 And so me and my bright pink dress (by my new favourite brand Yumi) stood outside Jo’s Organic Stores on Glebe Street in Penarth, helping to hand out samples of gluten-free, dairy-free organic oats and muesli from Alara, soaked in the fridge overnight in rice milk; beetroot juice, carrot and apple juice; as well as medjool dates stuffed with Meridian organic almond butter. 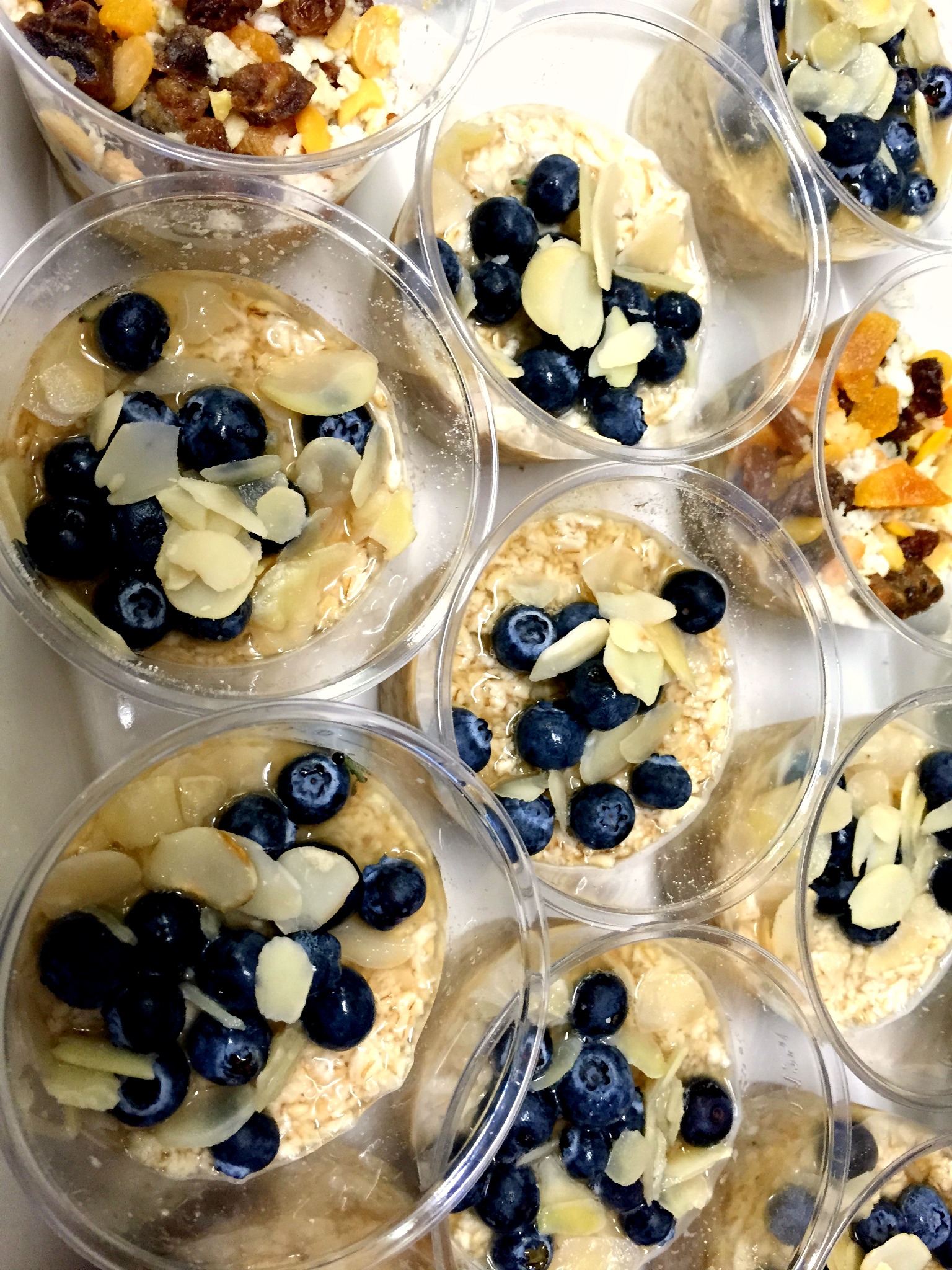 Jo and Neill Shah hosted the event in the shop they have run for 16 years, and we were joined by Catherine Fookes and Gaynor Jones of the Organic Trade Board and Organic Centre Wales, as well as Michelin-starred chef James Sommerin, who runs a successful restaurant in the town, and is passionate about sourcing locally-produced, often organic, produce. 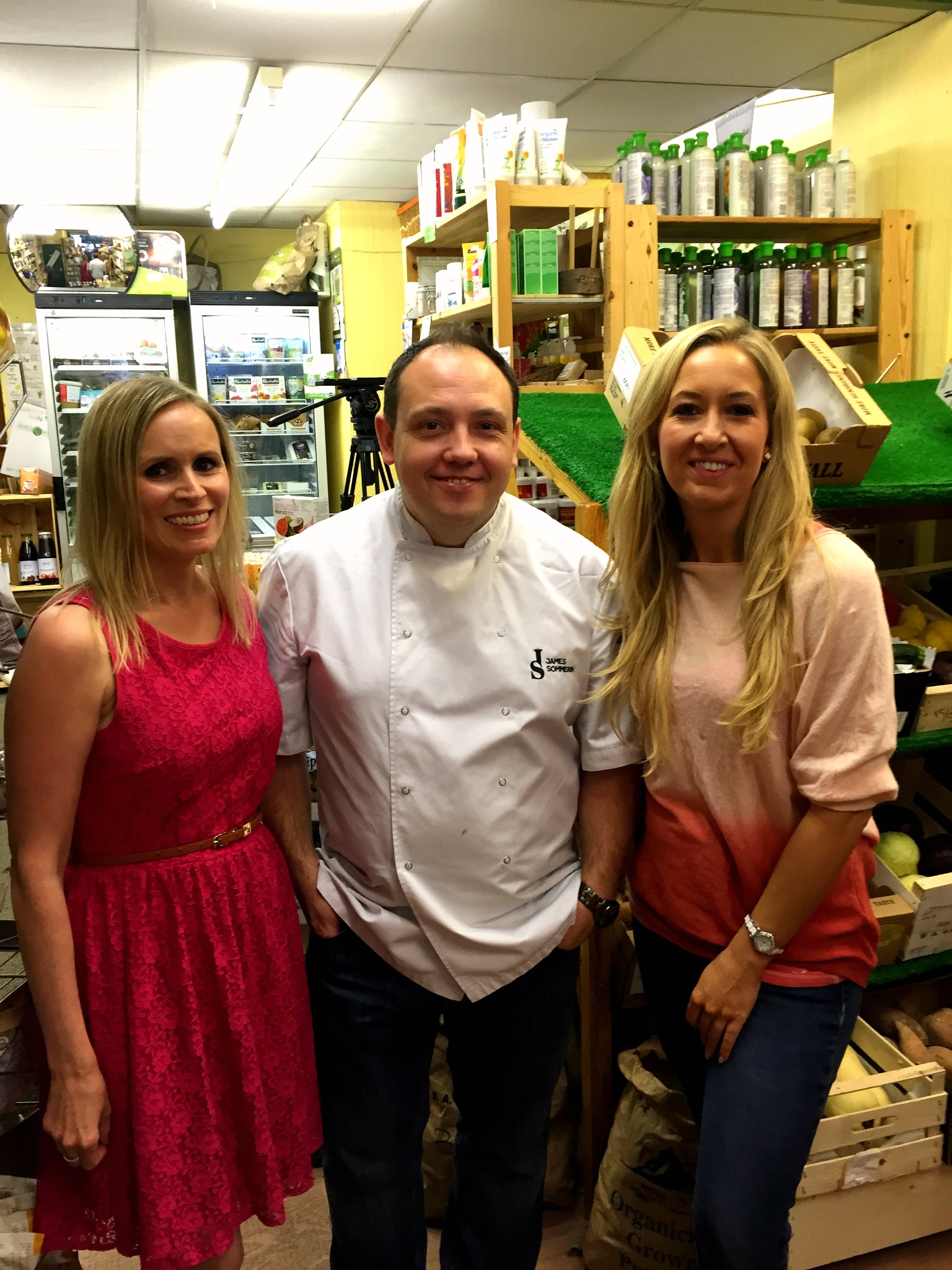 The fabulous MariClare Carey Jones from Made in Cardiff TV also came along with her crew to film – and the event will feature on the station’s What’s Occurin’ Cardiff show, tomorrow night, Thursday 18th June, at 8pm.

We had lots of people stopping by the store to try the food. One-year-old Martha, accompanied by her mum Jenny – who I was delighted to hear is a Cardiff Mummy Says reader – was our youngest visitor, and as you can see, definitely enjoyed her breakfast. 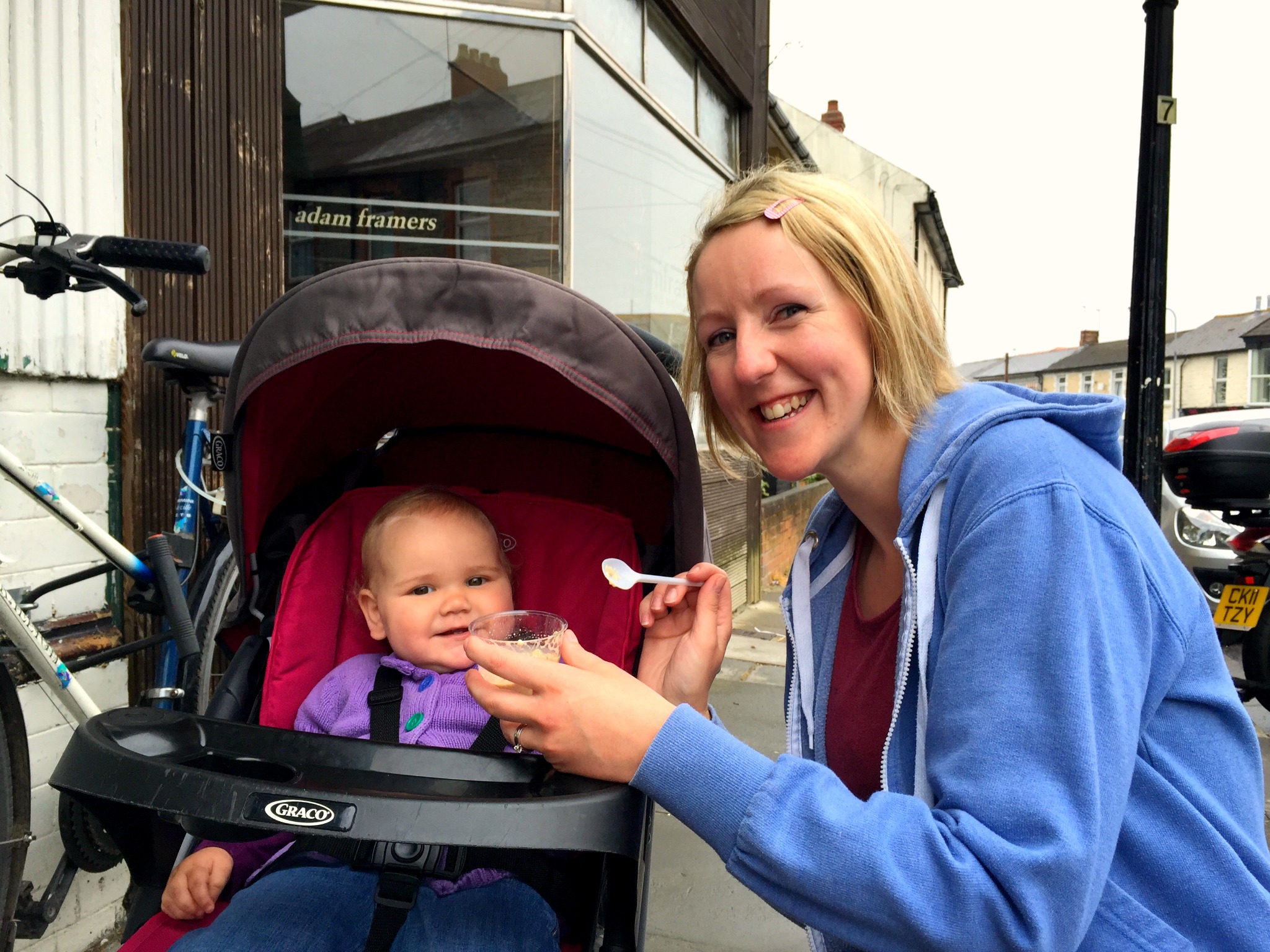 Baby Martha and her mummy Jenny trying out an organic breakfast

One lady told us she had suffered from arthritis for many years. She believes eating a wholesome organic diet helps alleviate her symptoms – much to the amazement of her doctors.

I’d like to say at this point, my own diet doesn’t consist solely of organic food. I am generally a healthy person when it comes to food and I choose organic where I can because it fits in with my wider principles – but I have a massive weakness for pizza and chip-shop chips. I’ve been vegetarian since I was 12. About 75% of what I eat is vegan. I home cook from scratch most of what we eat and use a lot of fresh ingredients – I’ve shared a number of these recipes on my blog. I very rarely eat processed food. 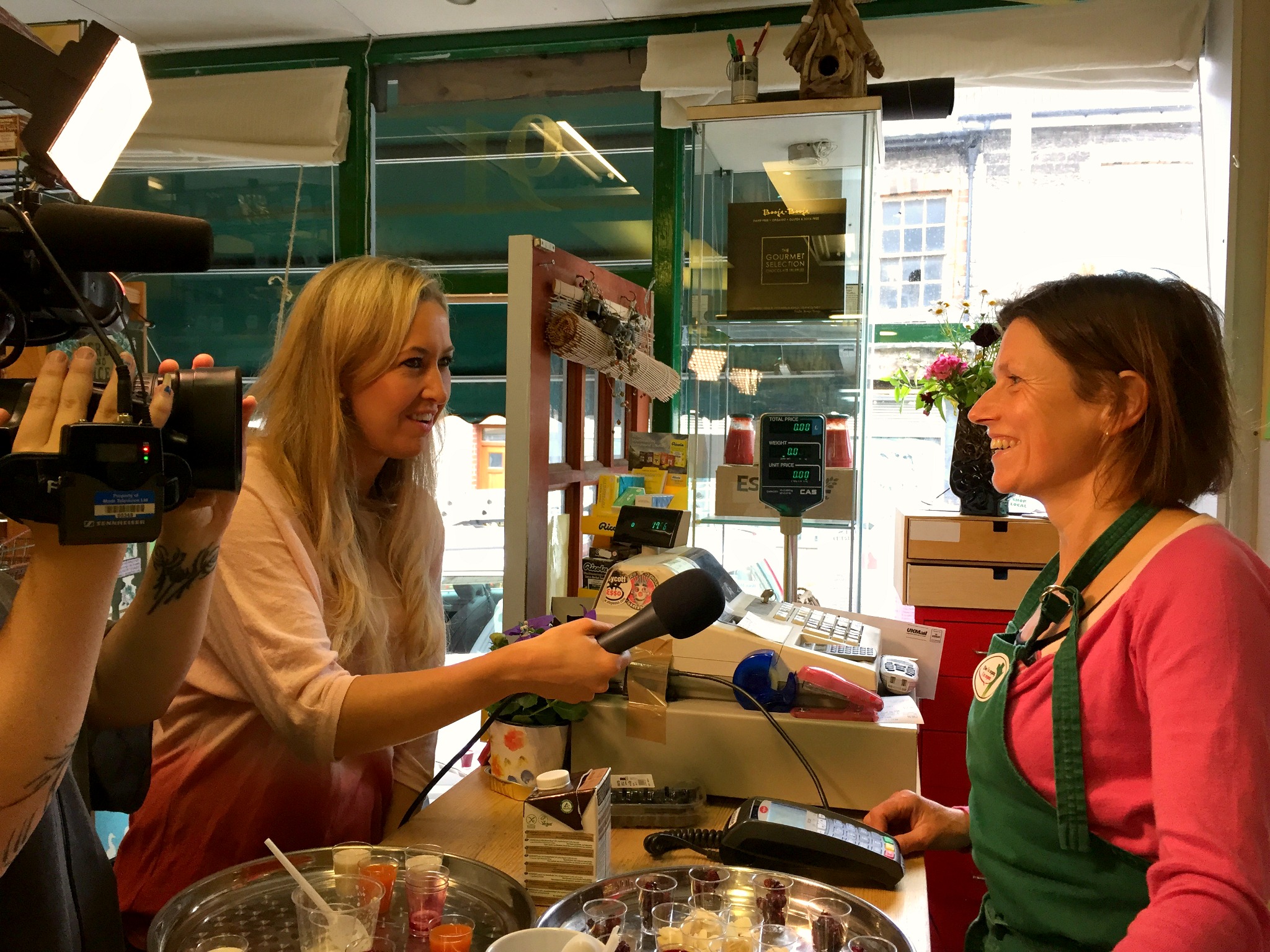 Since having my children, I am even more aware that we are what we eat. They still eat cakes, sweets and ice cream for special treats, but most of what they eat is pretty wholesome. I know that if I eat well, I feel well.

It doesn’t have to be expensive

A lot of people are put off organic food because they think it’s too expensive. And yes, some of it can be costly, due to the production methods and the fact that smaller companies and stores can’t produce or buy en masse like the supermarkets do.

However, I’ve learned to be a savvy shopper when it comes to organic. I pick up a lot of organic food in the reduced aisles. I once managed to get three massive bags of organic carrots for a total of £1.20 and made a big vat of soup.

It’s also cheaper if you go to farmers’ markets or buy directly from the companies themselves, either through box schemes or from their websites. It’s also worth remembering that not all organically-produced food will say it is organic. Being officially certified organic can be costly, so it’s worth asking in farm shops and at farmers’ markets about production methods. 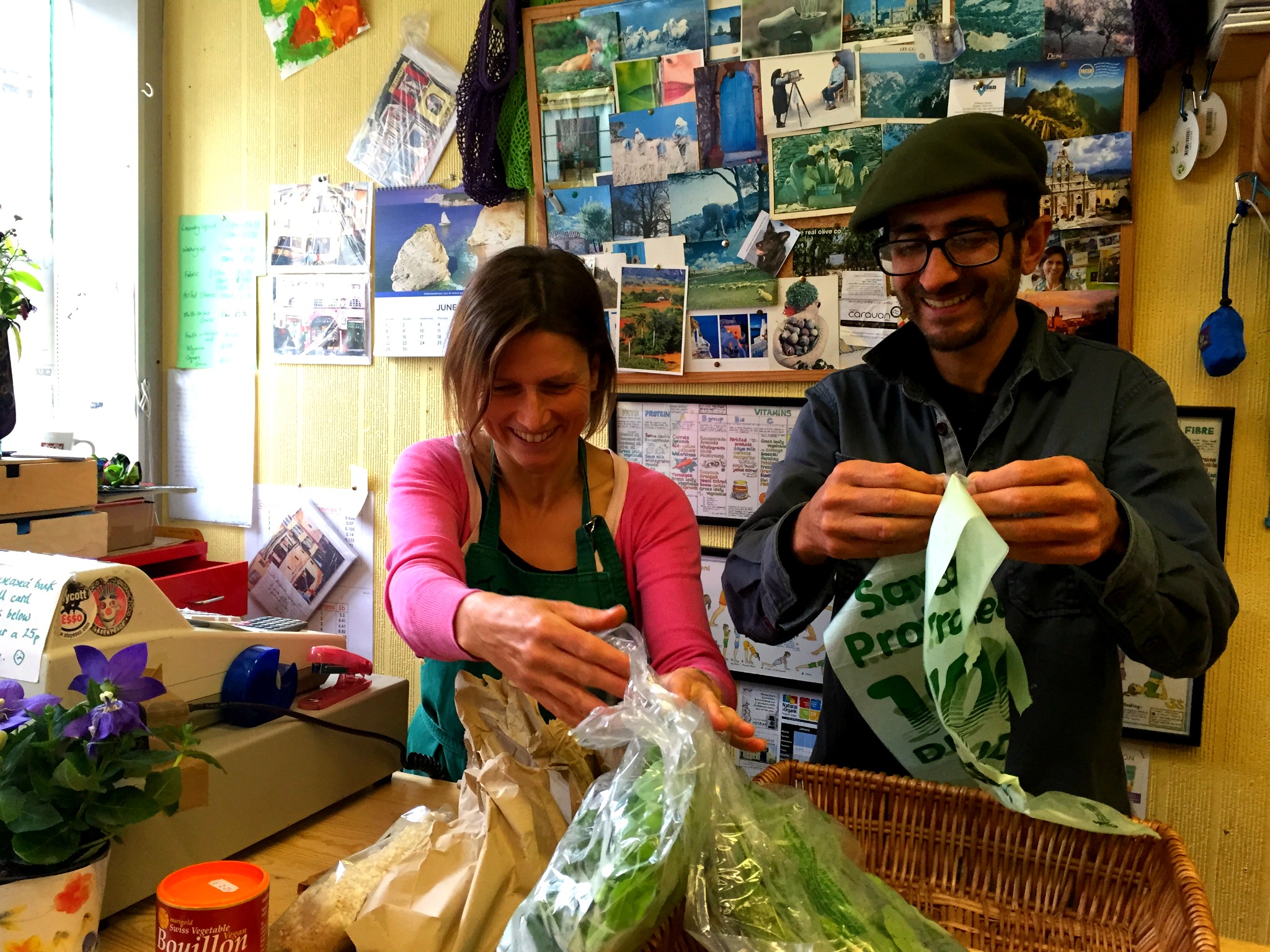 Eating organically doesn’t have to cost a fortune. I love this article from Deliciously Ella – she took part in a food challenge to prove that two people can eat entirely organically for a week on £30 a head, the price of the average shopping basket. You just have to be organised and prepared!

There are certain foods where it’s been proven that organic does make a difference. The Dirty Dozen for example, is a list of 12 foods that are most likely to be affected by pesticides used in farming. These are usually foods with thin skins that can easily be permeated by the chemicals, for example apples, nectarines, grapes and potatoes. In fact, one sample of grapes had signs of 15 different pesticides. In contrast, the Clean 15 are foods that are least likely to be affected by pesticides – such as avocado, pineapples and onions – and where organic doesn’t make so much of a difference.

For me, a lot of it comes down to taste too. The organic dates we used at Jo’s were so juicy and succulent compared to the organic ones I’d bought a couple of days earlier at Sainsbury’s. They were also about 50p cheaper for the same quantity too. Needless to say I bought a bag to take home with me.

I also bought a bag of organic baby plum tomatoes for just over £1 – cheaper than a similar punnet I’d bought in the supermarket earlier this week – and way tastier. I couldn’t believe how succulent and sweet they were. Baby devoured them at lunch time! I have a recipe using them coming up on the blog on Sunday.

The Wake Up To Organic event will feature on Made In Cardiff’s What’s Occurin’ Cardiff show tomorrow night at 8pm. You can watch it on Sky Guide 134, Freeview channel 23 and Virgin 159.

Do you buy any organic food? Any particular products you recommend? If not, what puts you off? I’d love to hear your thoughts either in the comments below, on the Cardiff Mummy Says Facebook page or you can tweet me on @cardiffmummy