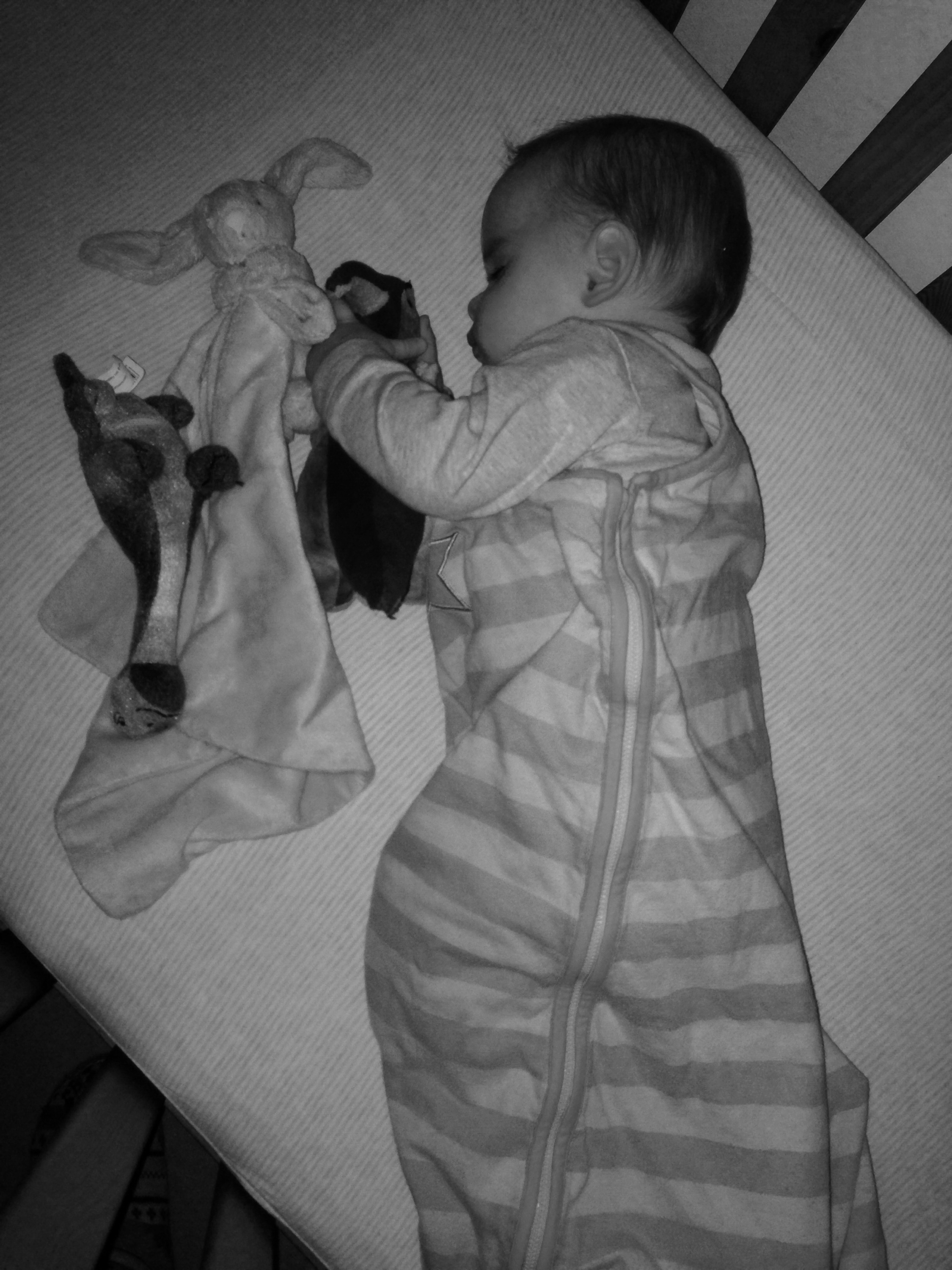 Baby I went into his own bedroom a few days ago. I didn’t intend for him to stay in his little cot in our room until he was nine and a half months old. It just kind of happened really.

I’m a real by-the-book person, so the fact the current NSH guidelines say that babies should sleep in the same room as their parents until they are six months old to lessen the risk of cot death meant there was no way any of my babies were going anywhere until their half birthday. That and the fact I am one of those emotional mummies who finds herself sobbing at every milestone.

First time round, the thought of my helpless Little E being in her own big room without her mummy and daddy there was just too much for me. Cardiff Daddy would have been happy for her to have been evicted weeks earlier, but I managed to persuade him to wait, although deep down I knew her moving into her own room was the right thing for us as a family. I cried so much that first night and didn’t sleep a wink because I was worried I wouldn’t hear her if she woke up. She looked so tiny in that big cot. She was fine though.

Second time round was the same. I was conscious that as the second child I wasn’t able to give Little O everything his sister had, and had those feelings of guilt about splitting my time between the two of them. Any area I could treat him the same as his sister, I did, and that meant six months in our room too. I cried just as much when he went into his own bedroom. He was fine too.

Third time round, I dwell a lot on the feelings that everything is happening for the last time, as this is our last baby. There will never be another baby sleeping in his or her Moses basket or crib alongside me. So there was no way Baby I was going anywhere until six months of age. When he reached that milestone, however, I was already an emotional mess as Little E was starting at school full-time, Little O was starting playgroup three mornings a week as well as turning three. I couldn’t deal with anything more. Once I’d just about got over all of that, Baby I started teething really badly, waking up crying in pain several times a night. I was worried the crying would wake his brother and sister up. I didn’t want him to go. Amazingly, Cardiff Daddy – who had been so keen to move out our previous two babies – didn’t want him to go either. And so he stayed, until he was nine and a half months old. He’s been in his own room about a week now. He’s been fine. The first night, he had a big grin on his face as we said goodnight, shut the door and I burst into tears.

Some of my friends think I’m crazy. Their babies were in their own rooms within two or three months. Babies grunting and keeping them awake was one reason. Snoring husbands disturbing the baby was another. Others said it was down to space, as once their babies outgrew their Moses basket, there was no room for a cot. Others were ready to move their babies out but didn’t have a spare room for them to go into. I have a couple of friends whose babies went in their own room from day one. I have other friends who co-sleep with their children who are now three or four years old. They would say six months, or even nine months, is far too soon for a baby to be in their own room.

What works for one family, won’t work for another. What feels right and instinctive to one family, will leave another feeling uncomfortable. And so to answer my question in the title of this blog post – a question other newer-than-me mums ask me a lot. When should you put your baby in their own room? Whenever feels right to you.

When did your baby go in their own room? I’d love to know what worked for you. Come join in the chat on my Facebook page, via @cardiffmummy on Twitter or on https://plus.google.com/+CardiffMummySays

Homepage » baby » When should you put your baby in their own room?

9 Comments to When should you put your baby in their own room?