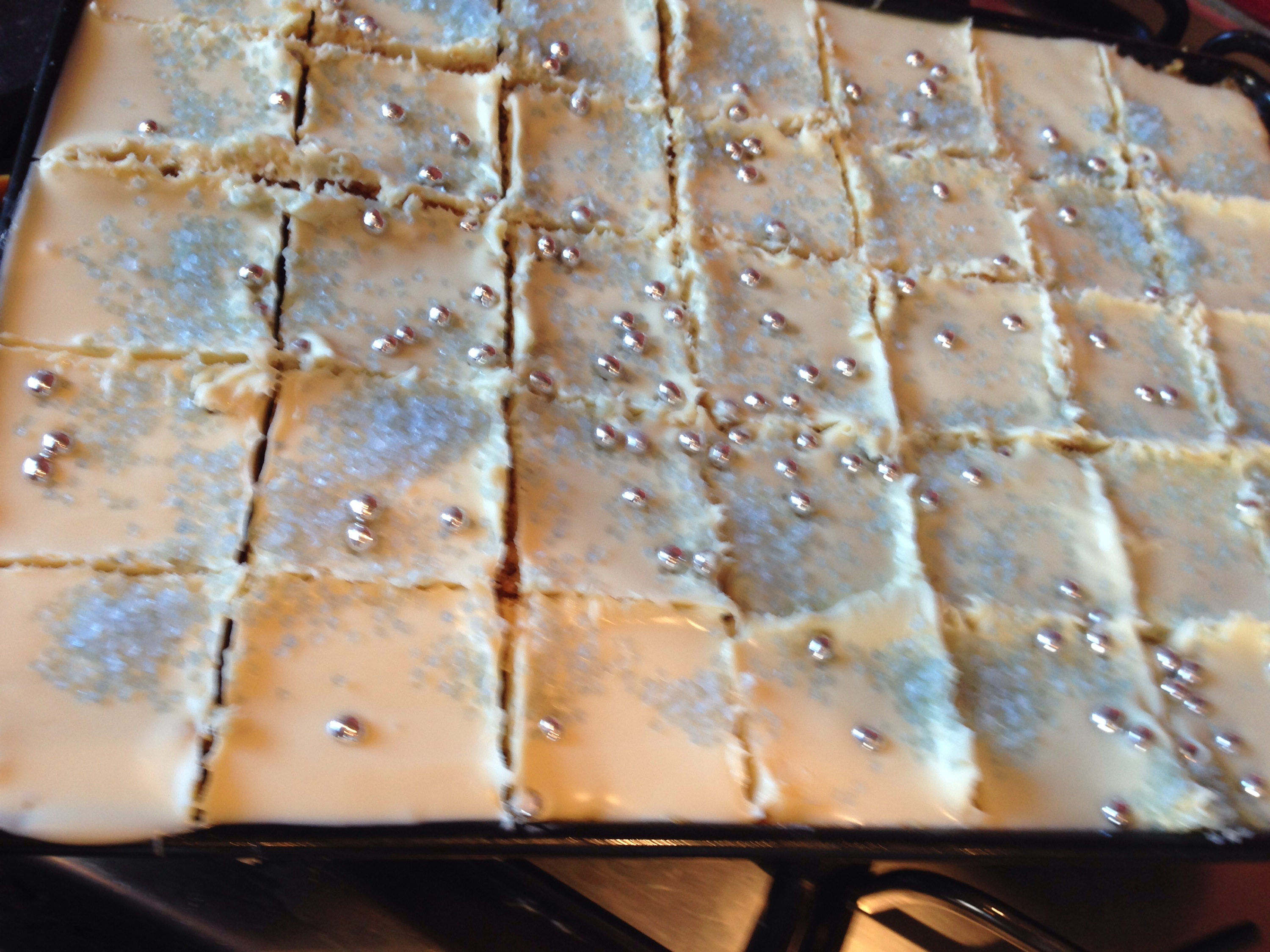 A few months ago I posted a recipe to my peanut butter and chocolate tray bake. It’s so easy to make, but tastes amazing, even if I do say so myself.

When Little E turned 5 last month, she wanted a Frozen-themed birthday party. Like most girls her age, she is obsessed with the Disney film, and everything Elsa and Anna-related. I was trying to theme the party food accordingly, but didn’t want to spend ages making loads of elaborate creations. I bought baby carrots and called them Olaf’s noses, Twiglets and called them Sven’s antlers, popcorn because it was white, white chocolate fingers… and then it occurred to me a few adaptations to the peanut butter squares would magically transform them into Frozen bites. They were rather popular among both the children and their parents, and as a few of my friends have asked for the recipe, I thought I would share it here. They’re also great to make with children. Little E and Little O helped make these ones pictured.

450g digestive biscuit crumbs (I do mine in the food processor)

One jar of baby blue glimmer and one jar of silver chocolate balls (or similar – these were both from Tesco, but most supermarkets and cake shops sell something similar)

1. Lightly grease a baking tray, of around 20cmx30cm in size.

2. In a large bowl, stir together the digestive biscuit crumbs, the icing sugar, and the melted butter.

3. Spoon onto the baking tray, spread with a palate knife and press it firmly into the tray, so that the mixture is level and tightly packed together.

4. Melt the white chocolate in a glass bowl over a gently simmering saucepan of water.

5. Spoon the chocolate onto the biscuit base, and use a spatula or a palate knife to ensure it covers the base completely. Sprinkle on the baby blue glimmer and silver balls.

6. Chill for 10 to 15 minutes in the fridge until the chocolate is slightly set. Take out of the fridge and cut into squares with a sharp knife. Leave to set fully before serving.

If you try them, let me know how you get on.