Thanks to Alexandra’s Enchanted Garden for providing us with press tickets in exchange for this review.

Wow, what a magical evening we had at Alexandra’s Enchanted Garden in Penarth on Friday evening. We’re so glad we braved the rain for the opening night of the light installation at Alexandra Park. It’s such a beautiful and captivating open air event; successfully ambitious in delivering something a little different amid all the stormy weather.

We did get wet; I won’t lie about that. The whole thing is outdoors, twisting through the paths of the park. But, wrapped up warm and with waterproofs on, my children never once complained. I think that’s because there was so much to see as we made our way around. 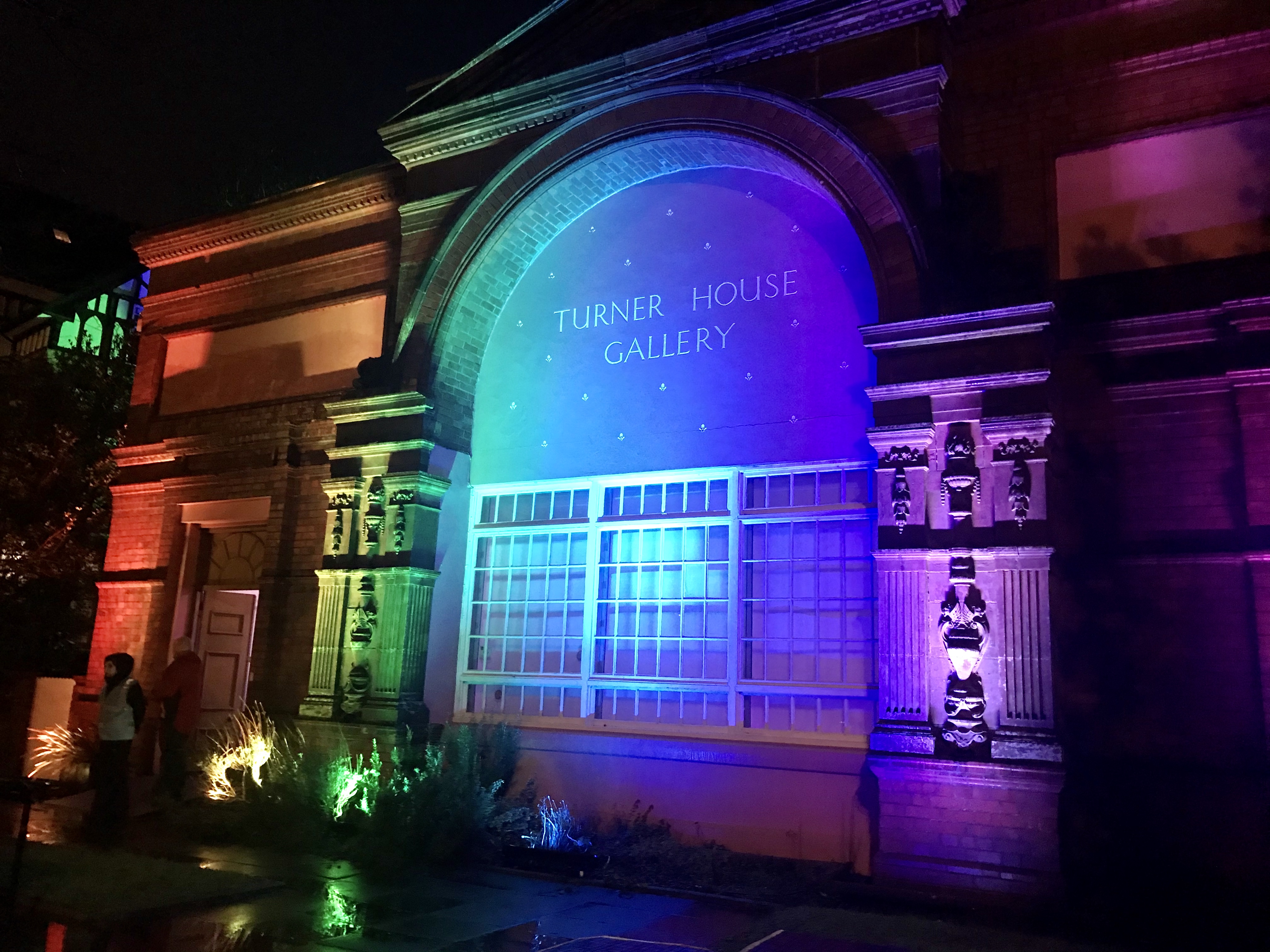 Our evening began in the Turner Gallery which is acting as ticket office for the event. It’s worth pre-booking as some slots are selling fast, although if there is availability you can just turn up and pay. Visitors set off at timed slots 20 minute intervals between 5.20pm and 8.40pm, but once you’re inside there’s no time limit. Children are given bird cage style lanterns and wooden stars which we were told were so we could make wishes along the way.

From the gallery, it’s a short walk to the beginning of the trail, where we were greeted by a gateway adorned with lights which sets the mood for the evening.

Illuminated arrow signs lead the way, as visitors follow a visual story around the park. It’s worth reading about the inspiration on the website beforehand to get the most from the experience but even if you don’t, you’ll still have a magical experience. 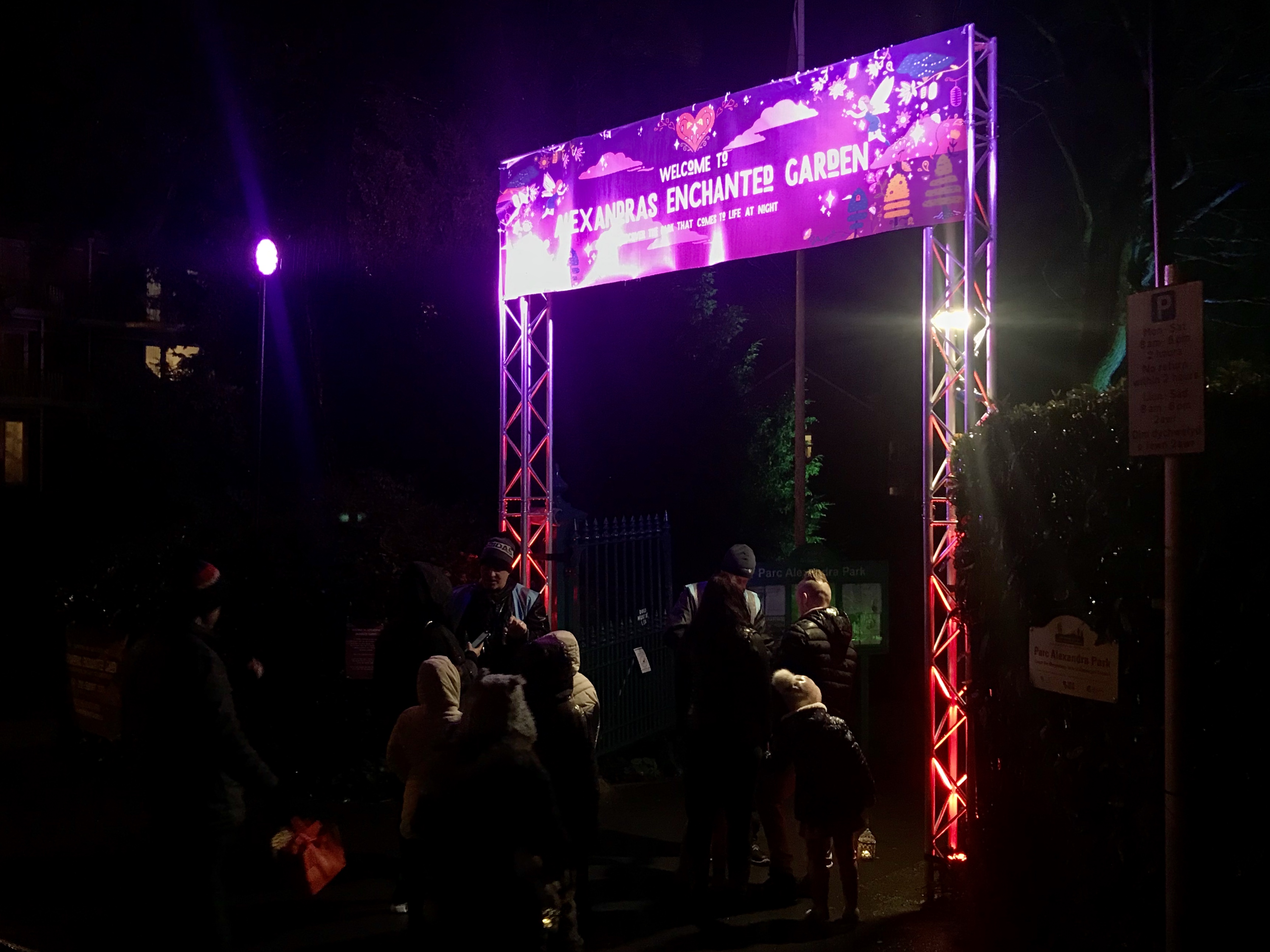 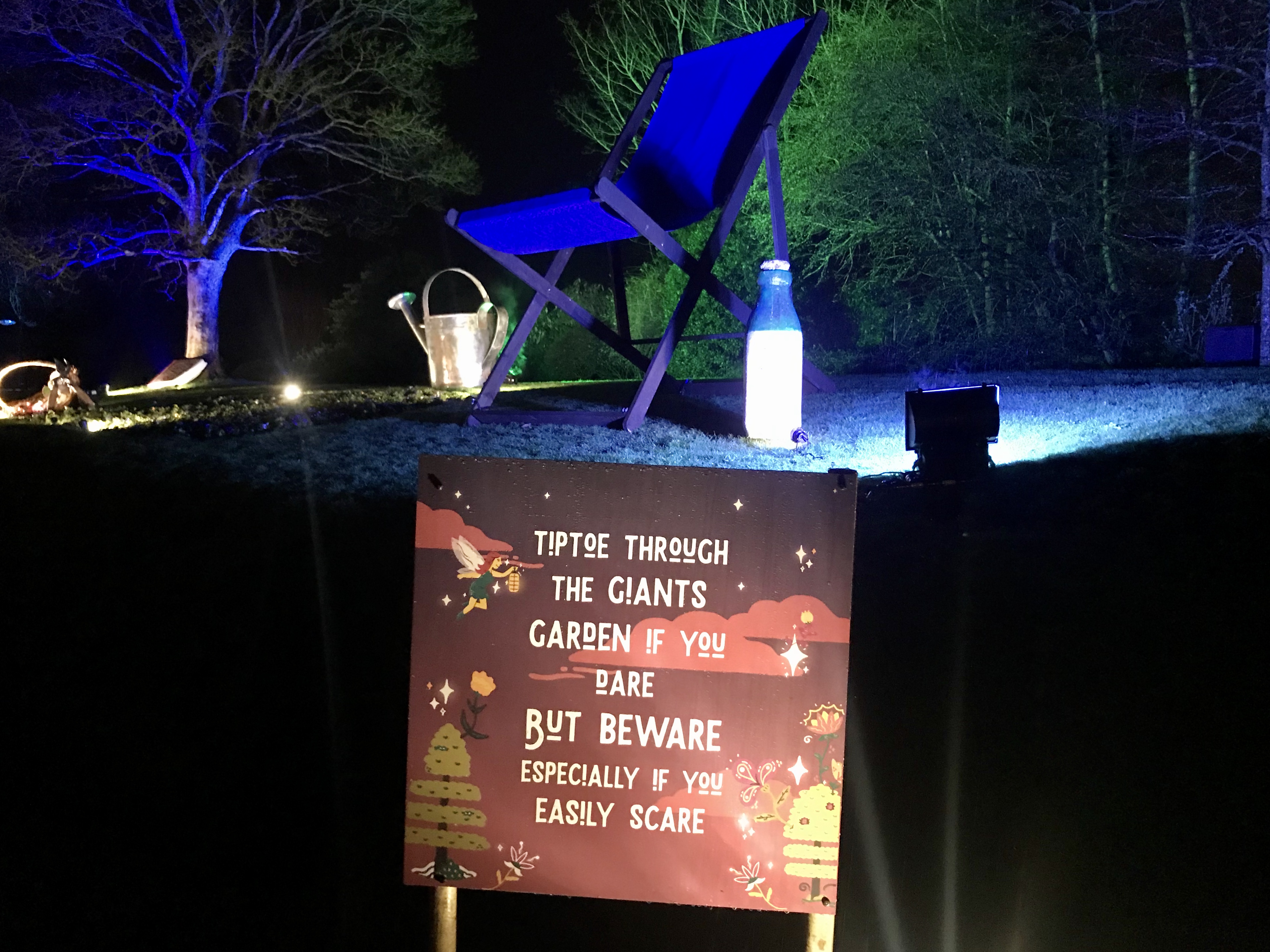 According to the story, Alexandra was a little girl who loved to escape into the adventures on the pages of her book, becoming a warrior, a knight, an explorer, and a dancer. But as the only child in the kingdom where she lived, she was lonely. One day her father asked a sorcerer to enchant the garden where she would go to read her books. He filled it with magical woodland creatures, pixies and imps, giants to watch over her, and fairies to tell stories to. Every evening they would come alive under the magic spell. However, what the little girl was real boys and girls to play with. She cast her wish at the well and the pixies sent it to the wishing factory… and that’s where the visitors come in, to make her wish come true. 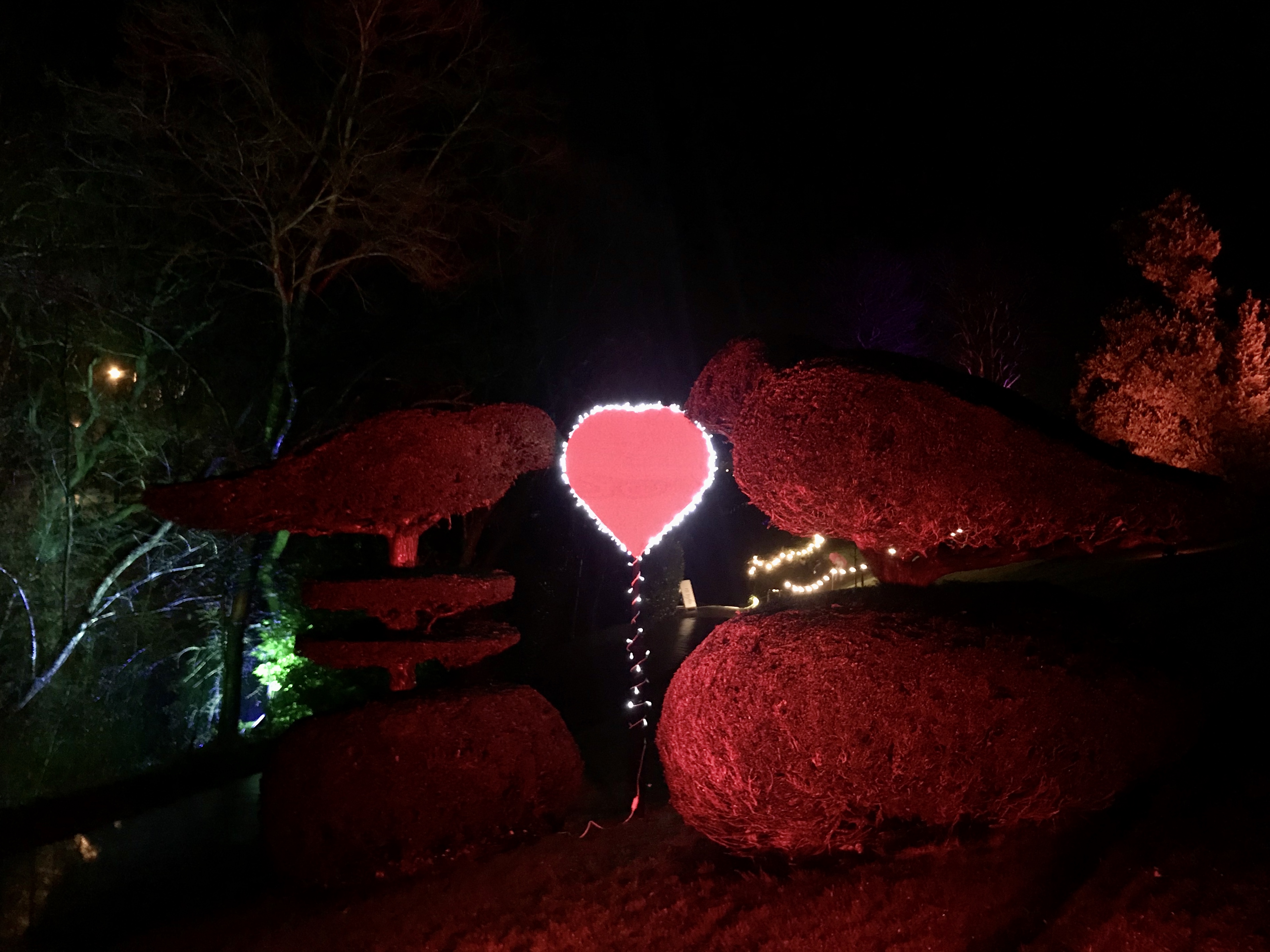 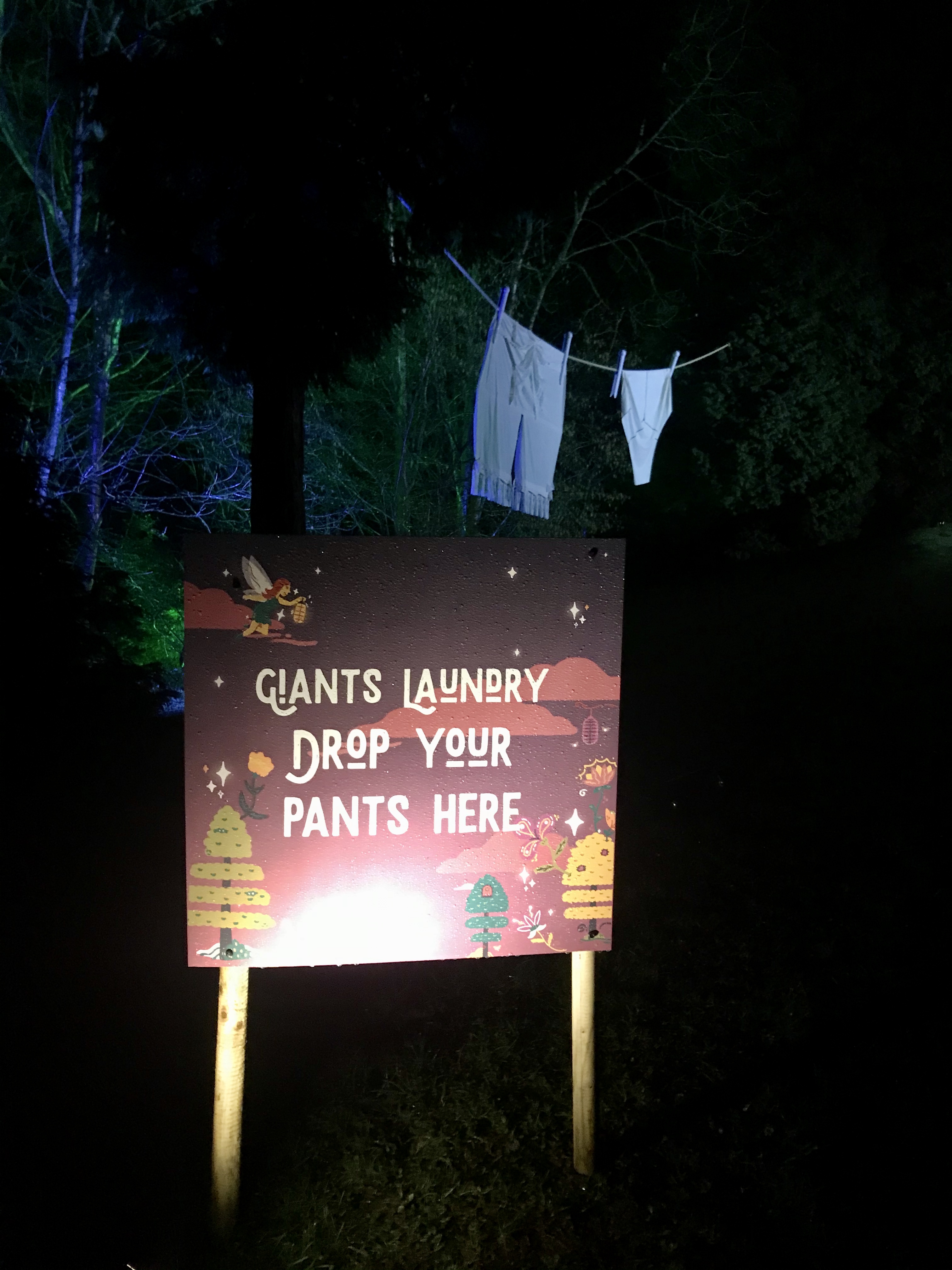 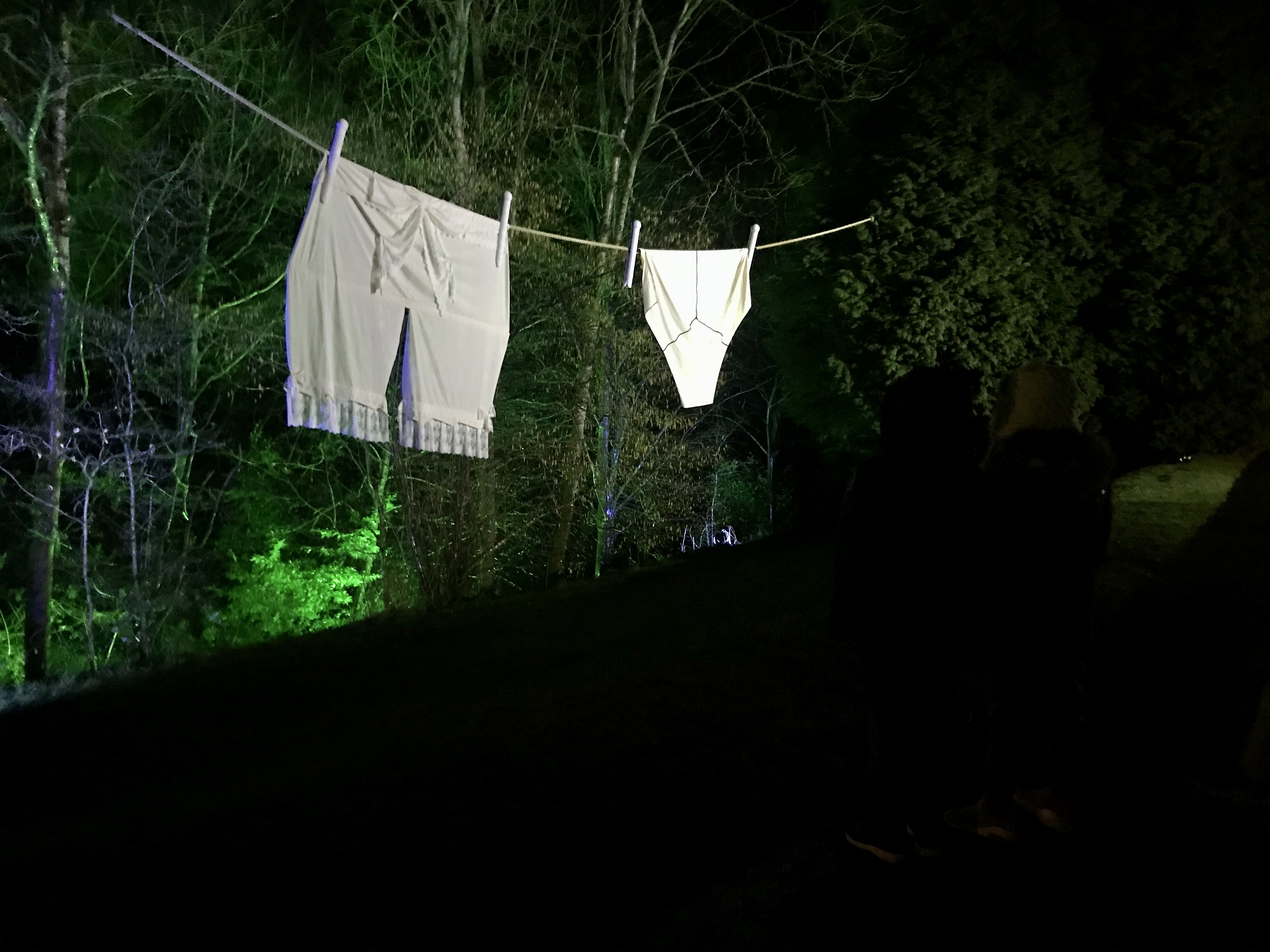 Our favourites moments were the giant underwear hanging on the line, the fairies fluttering around in the cages and the ones living in the fairy garden, making wishes in the well, the woodland which sparkled and glistened with hundreds of lights and a couple of glitterballs hanging from the trees, as if fairies were flying around sprinkling their magic dust everywhere, and the wishing factory where we could hear the pixies working away.

We were in the park for around 45 minutes, but if the weather had been better we could have easily spent more than an hour there – everything looked so beautiful. Half way around, there’s an open ait refreshments area, serving hot drinks, brownies, and marshmallows and biscuits to toast on the fire pits. These ranged from £2.50 to £3.50 or the vegan option, so a little pricey, but it was a lovely addition to the experience.

Before and after the trail, there’s colouring and crafts in the entrance of the Turner Gallery, which is a lovely idea to extend the experience. 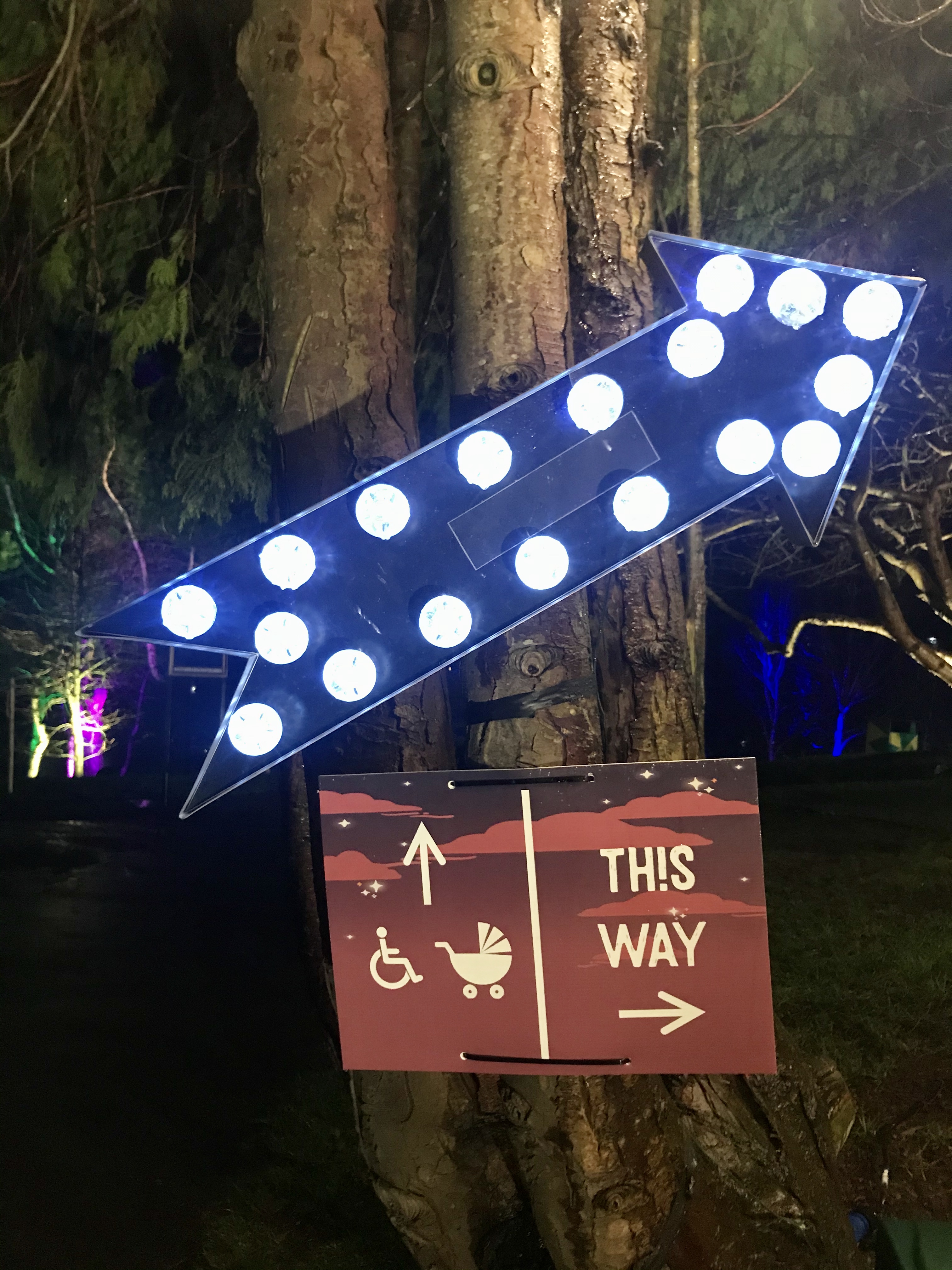 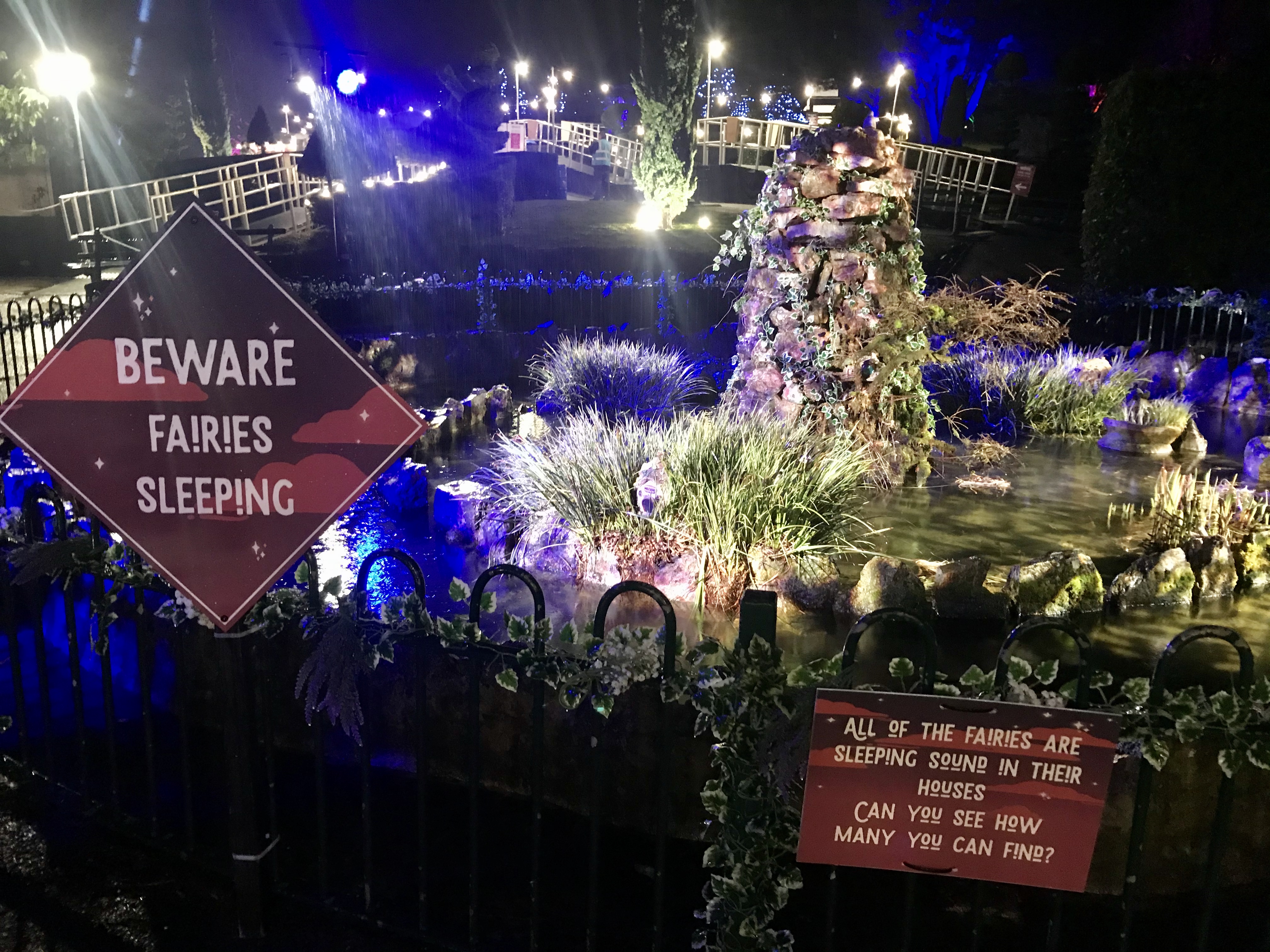 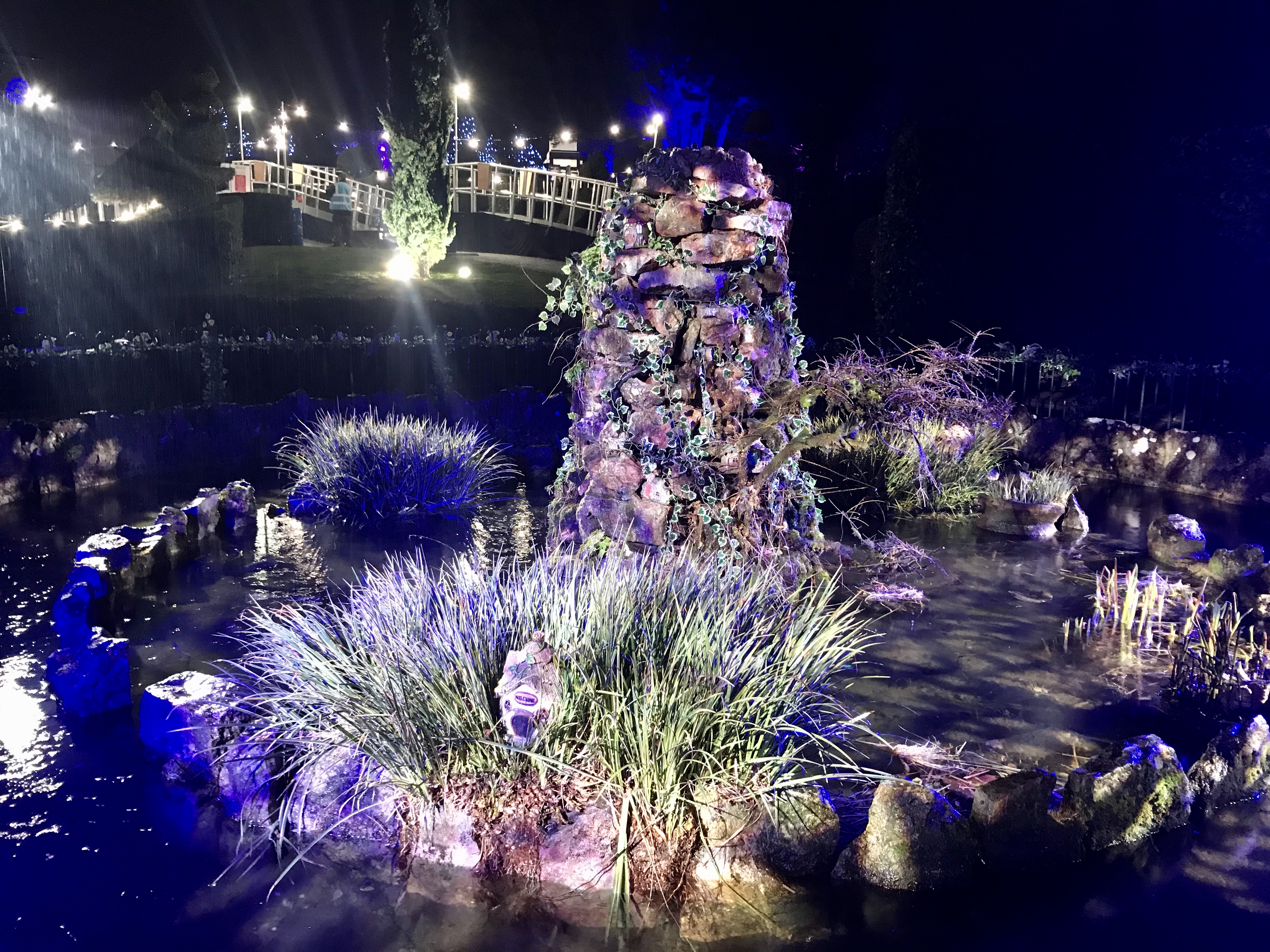 The paths of the trail are accessible for buggies and wheelchairs, although the natural slopes of the park mean it is steep in parts and some areas are dark. Children are given lanterns to take around the trail with them, but the website advises to bring a torch if necessary.

It was lovely to meet Lizzie Raynor when we arrived who, along with her husband Rich, has created the event. They do this kind of work all over the country, but with Lizzie’s family hailing from Penarth, and her talking about how her grandad used to take her dad to Alexandra Park, it feels like such a special connection. 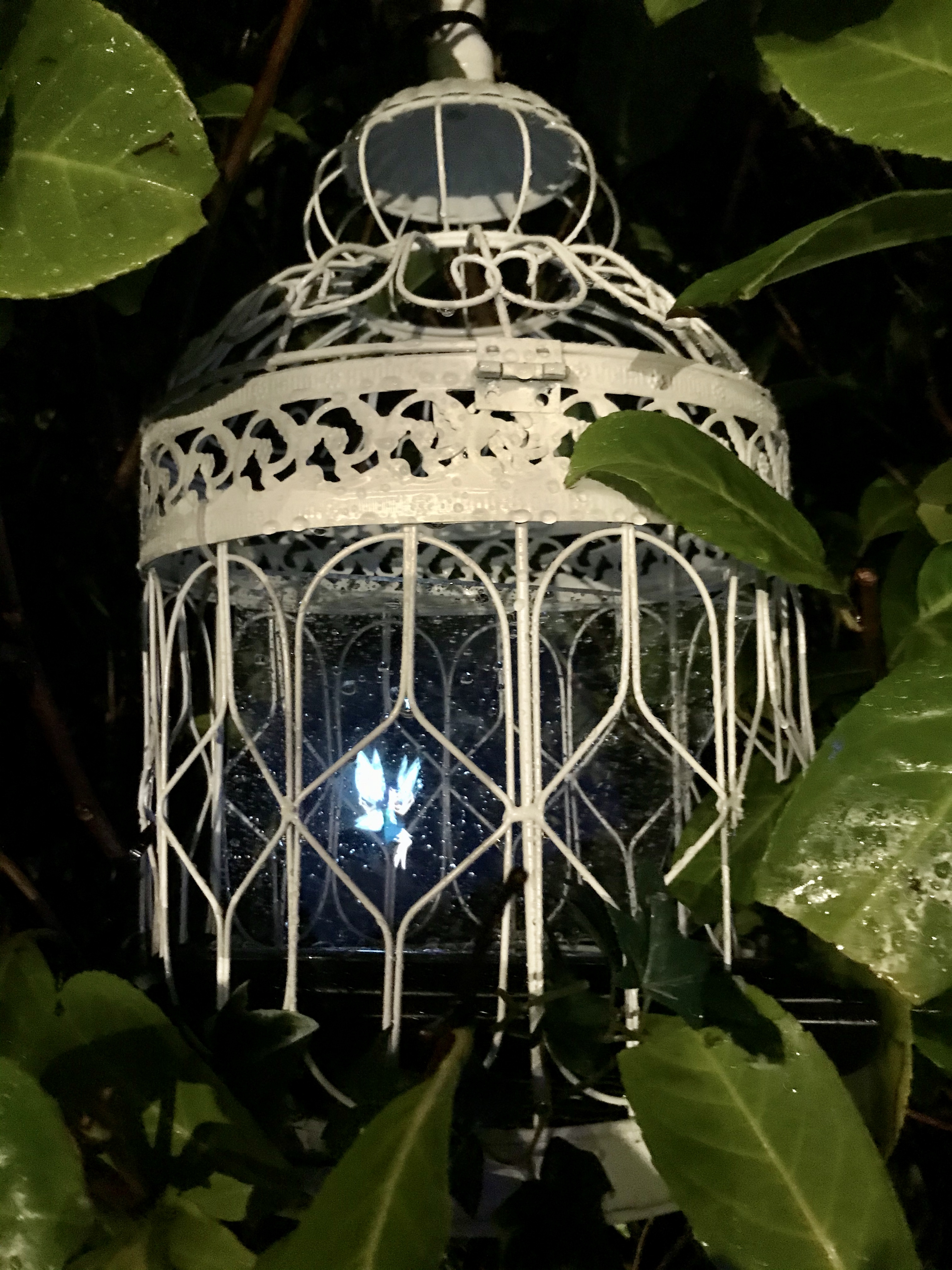 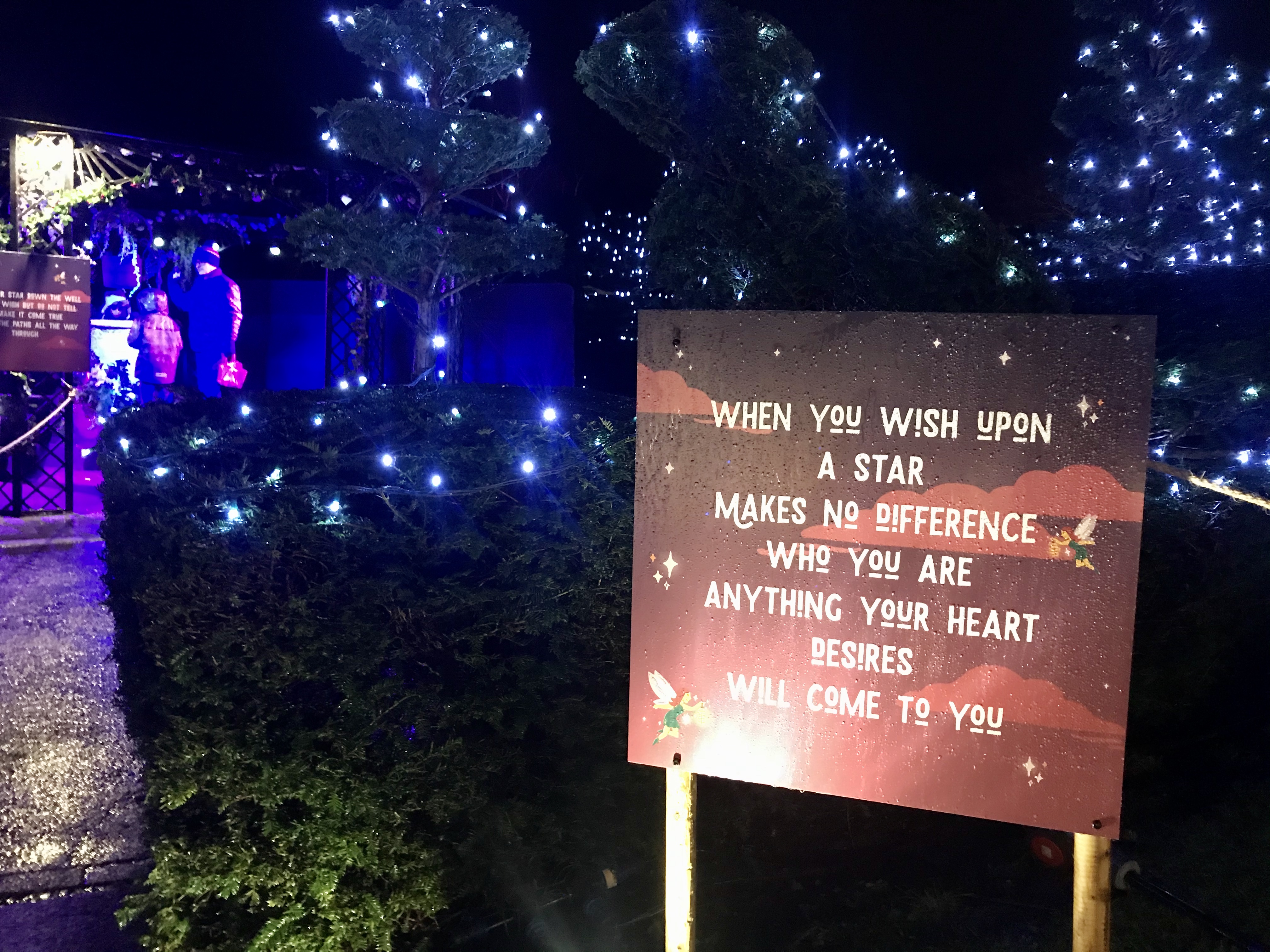 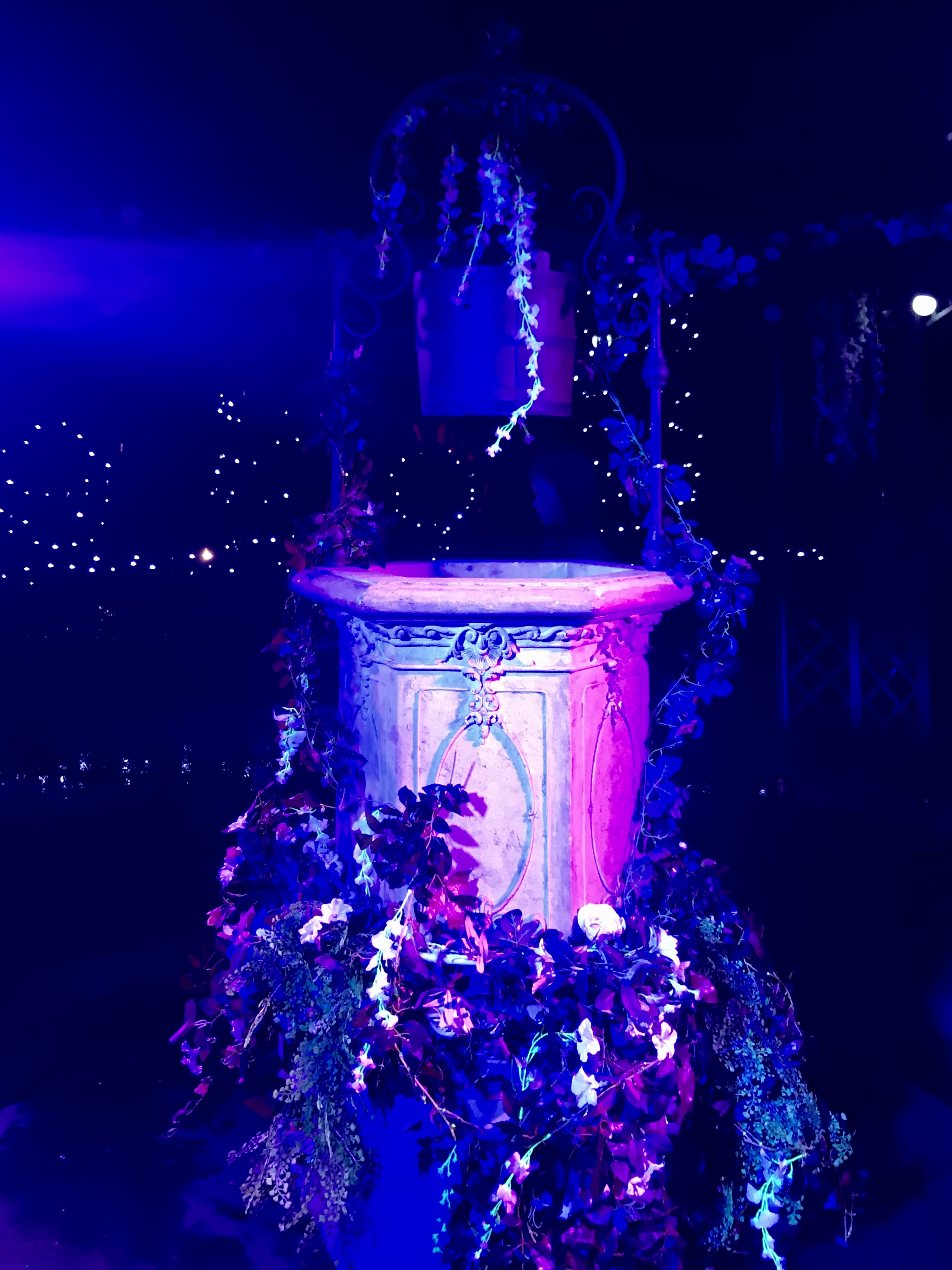 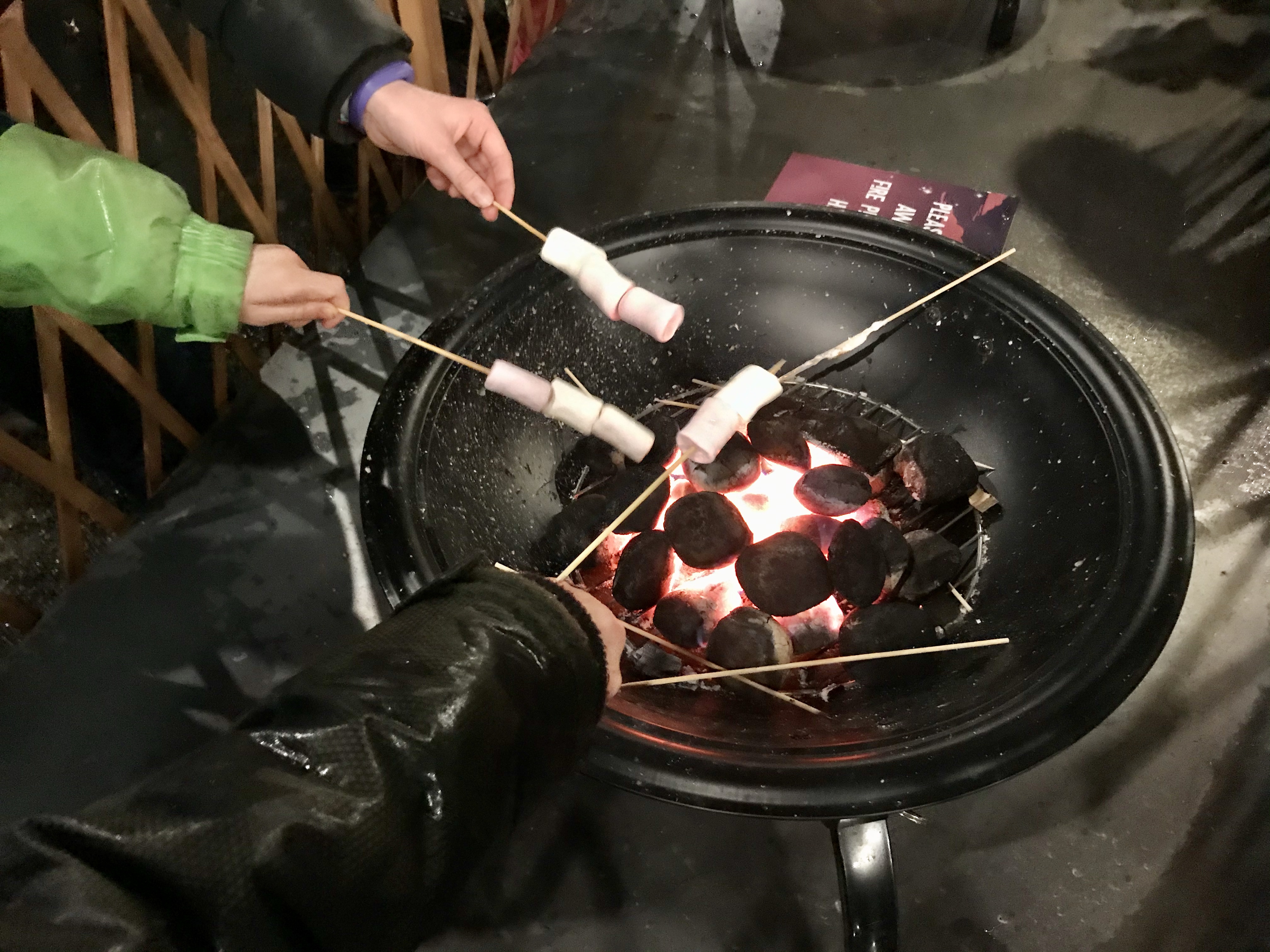 It’s also really lovely to have something like this in the winter months, rather than just at Christmas, which is always such a busy time. February half term often gets a little forgotten about, sandwiched in between all the Christmas and Easter events.

Evening sessions start from 5.20pm and if you’re driving from Cardiff it’s advisable to leave plenty of time as the early evening traffic can be rather busy. Parking isn’t great; we were lucky to find somewhere on the road nearby but there are also car parks at Penarth railway station, Cliff Parade and Penarth Quays Marina. It’s also accessible by train with Penarth and Dingle Road stations both a short walk away.

Don’t let the weather put you off; grab your wellies, waterproofs and a big umbrella and let Alexandra’s Enchanted Garden truly enchant you. 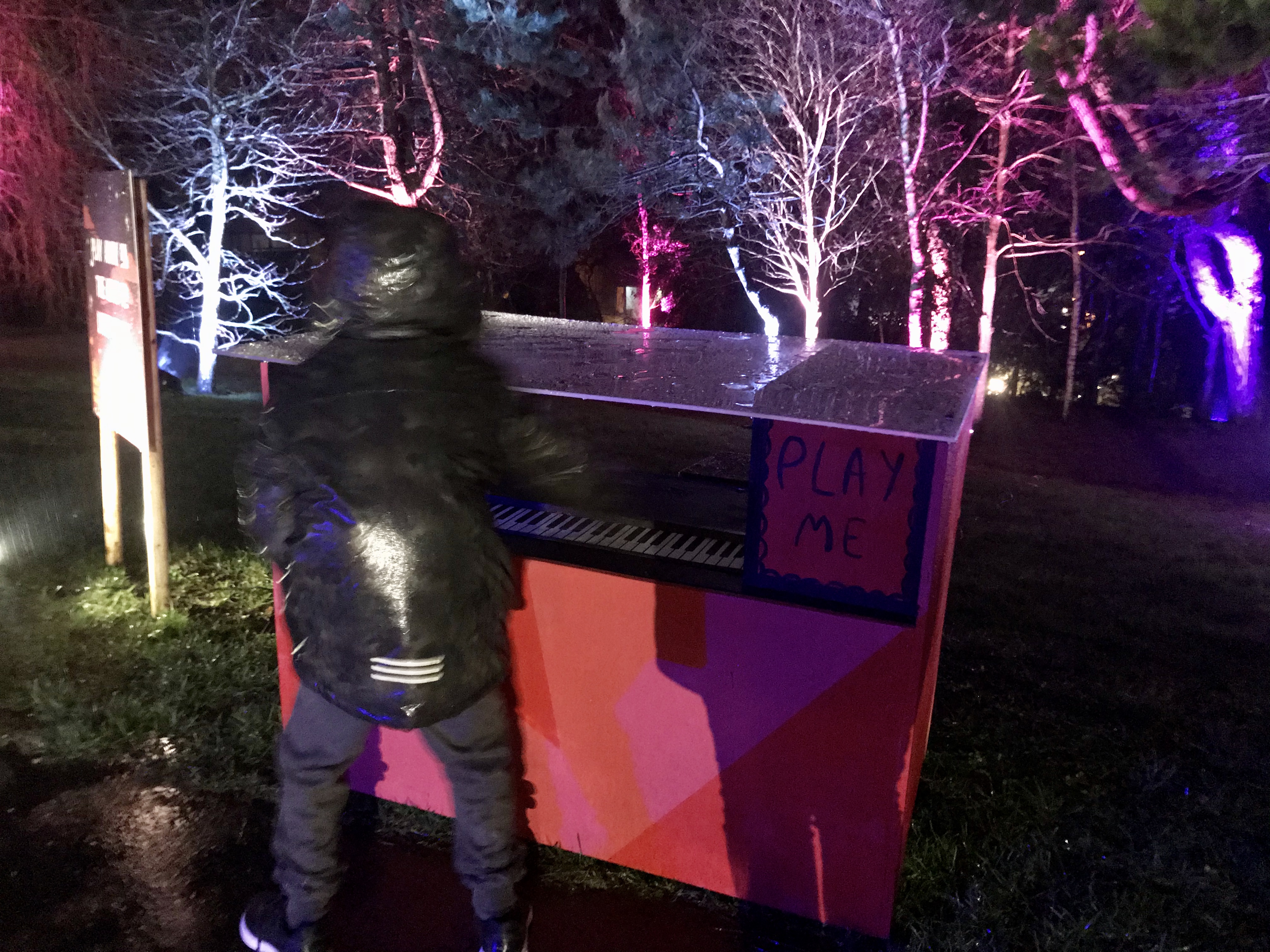 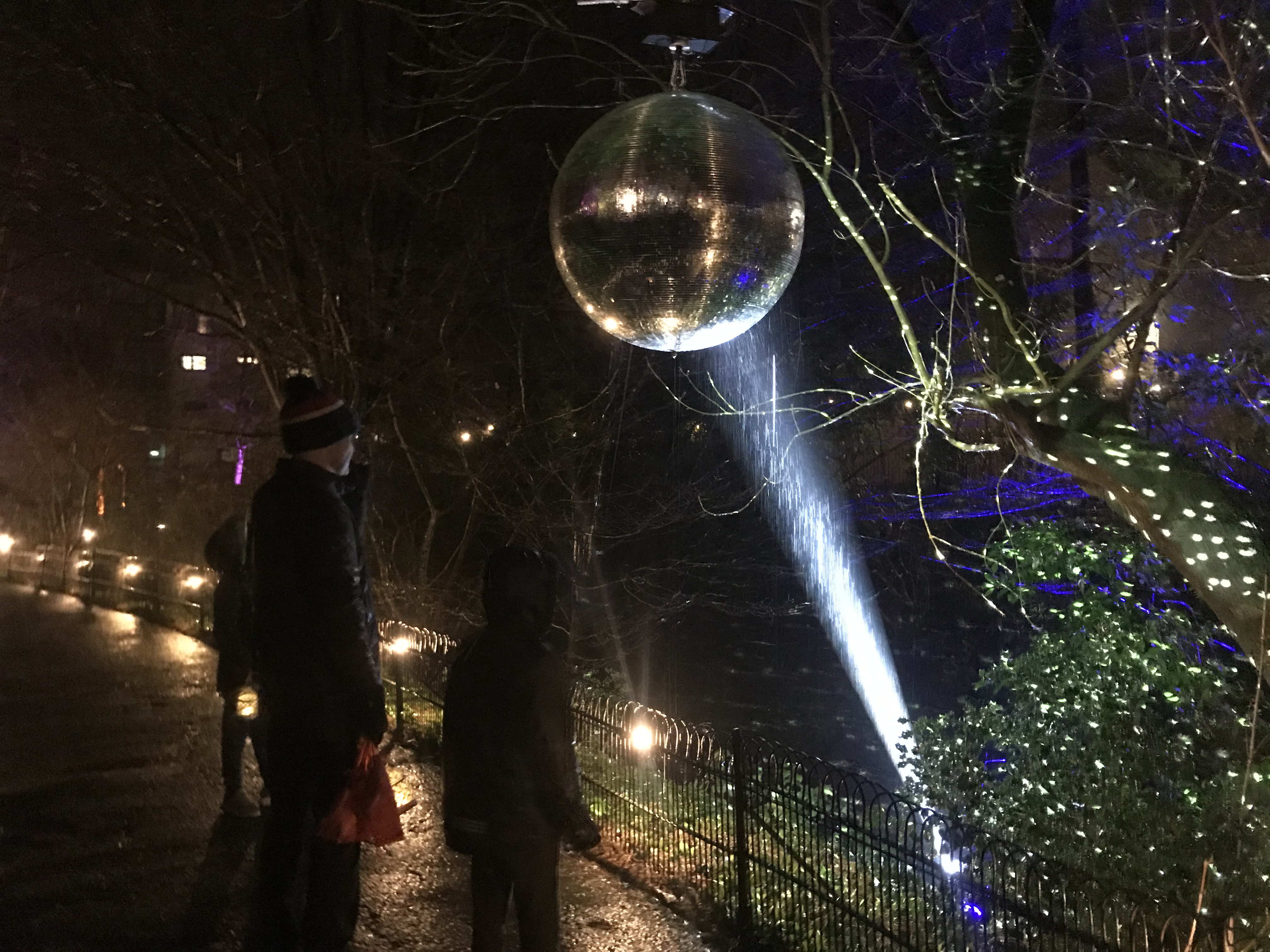 Alexandra’s Enchanted Garden is at Alexandra Park in Penarth until Saturday 22 February. Tickets cost £8.50 per person plus £1 booking fee, or £30 for a family ticket (two adults and two children).