Two weeks after seeing the brilliant Alice in Wonderland, today we found ourselves back at the Sherman Theatre to watch Little Red Riding Hood. And what a charming and heart-warming production it is.

Aimed at children aged three to six and their families, Little Red Riding Hood is staged in the theatre’s smaller studio space. Children have the choice to sit on the floor right next to the stage or with their grown-ups on the chairs just behind. The show is around 50 minutes long so it’s an ideal first theatre experience for those who aren’t yet able to sit still for too long. As a family, we have been attending the Sherman’s Christmas shows for younger children for at least six years now and are always so impressed with the content and quality of the productions. This year is no exception with a show that is slightly dark at times (but not scary), funny at others and which left me with a tear in my eye at the end. 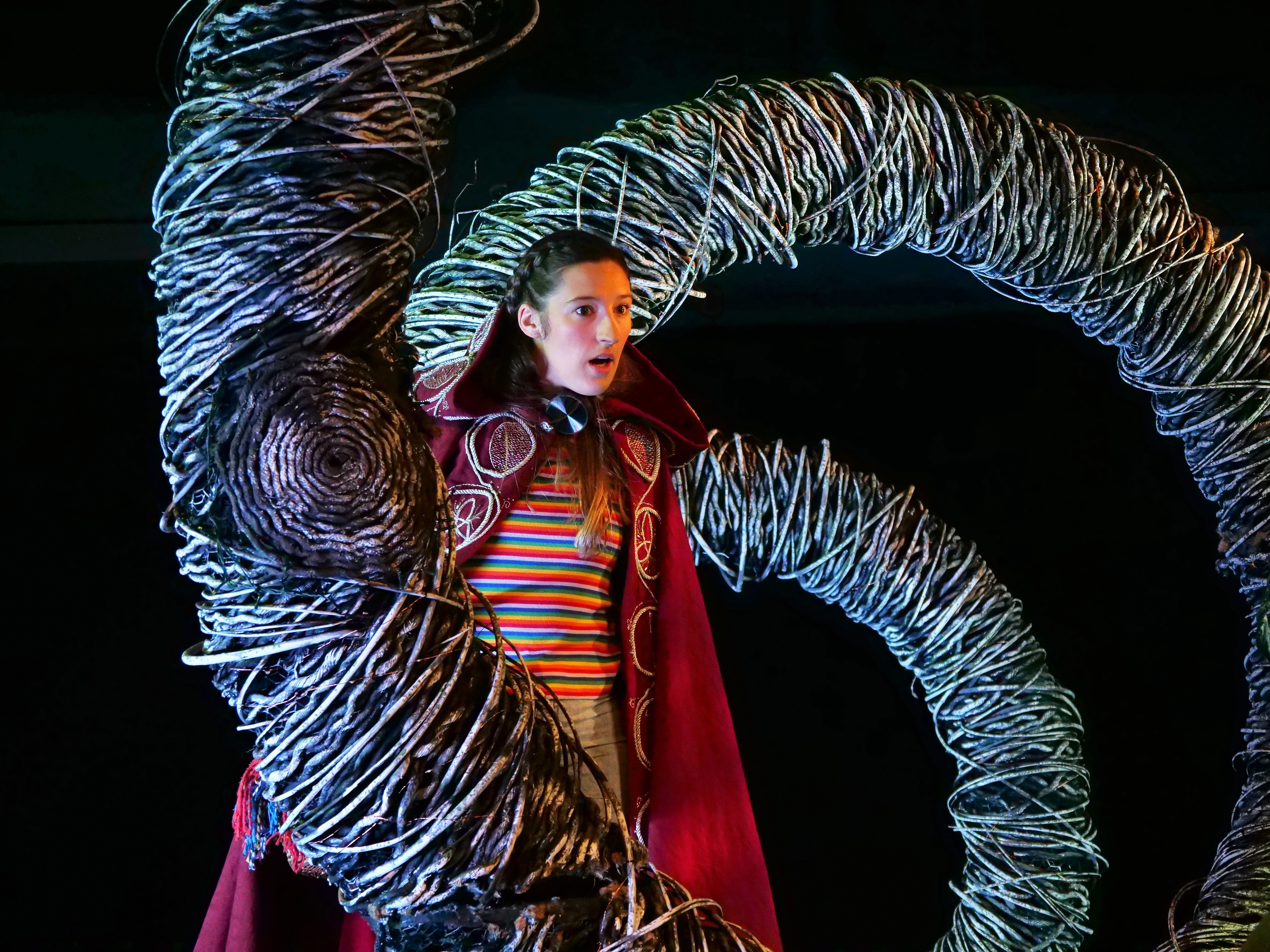 Under the guidance of Gethin Evans, who devised and directed this production and the Welsh-language version Yr Hugan Fach Goch, this is a completely new take on the classic fairy tale. The familiar story is cleverly set against the backdrop of a granddaughter and grandmother during a difficult time in both their lives.

Heti is a little girl who has come to live with her fun and cool motorbike driving Nan after what we presume is the death of her mother, although it’s never explicitly said. Heti is struggling…. until Nan gives her a treasured red cloak. All manner of adventure occurs as Heti plays at being Little Red Riding Hood and the lines between imagination, reality and magic are blurred. 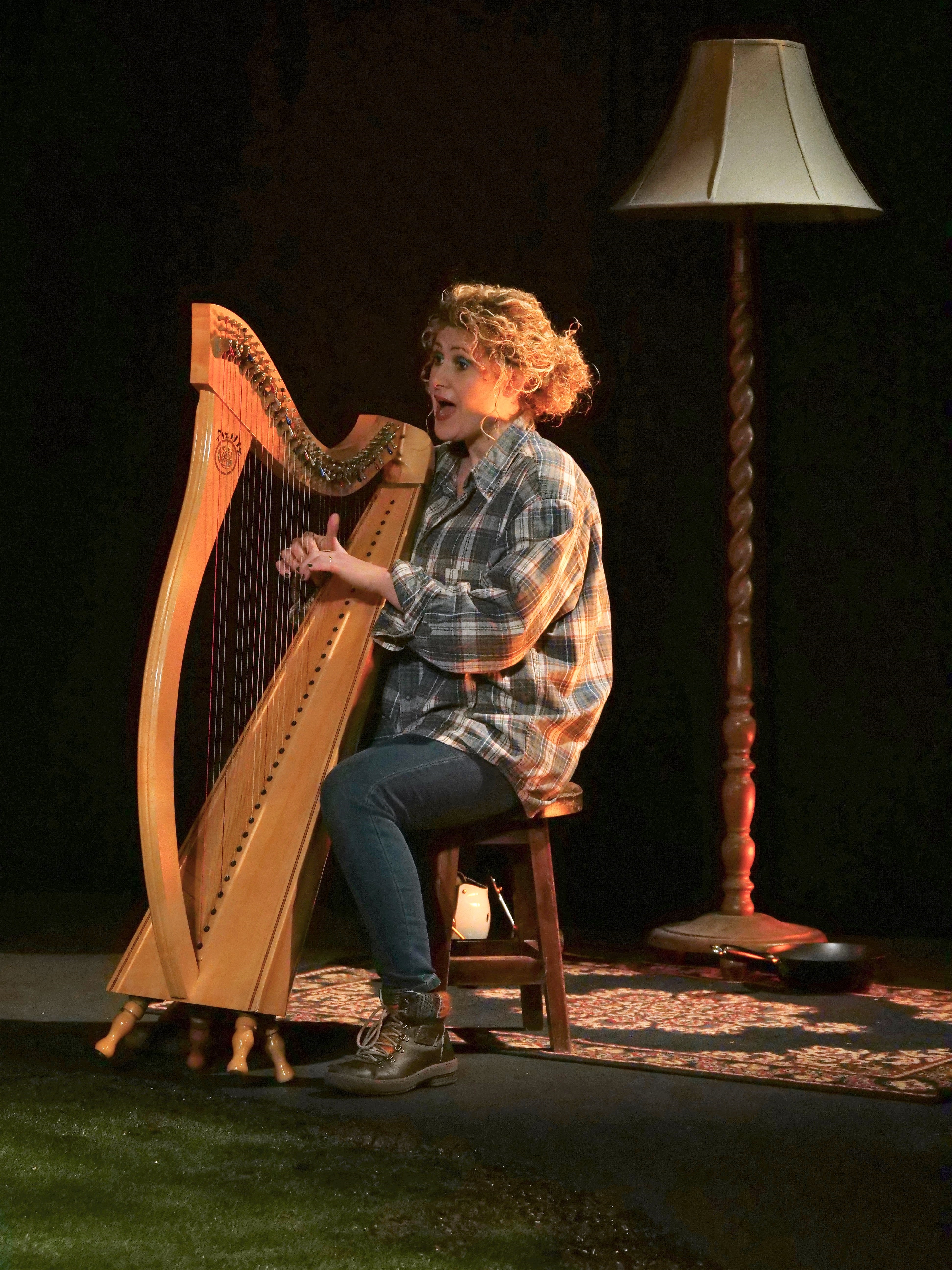 The cast of two features Leah Gaffey as Heti and Llinos Danile as Nan and the wolf. Both give delightful performances that really engage the young audience. Their mannerisms and actions are perfectly age appropriate although never dummed down. There were occasions where I was worried the children might be scared, such as when Little Red Riding Hood heads off to the woods, but there’s so much tenderness and elements of humour in the show that these moments are so fleeting that the children don’t seem phased at all. 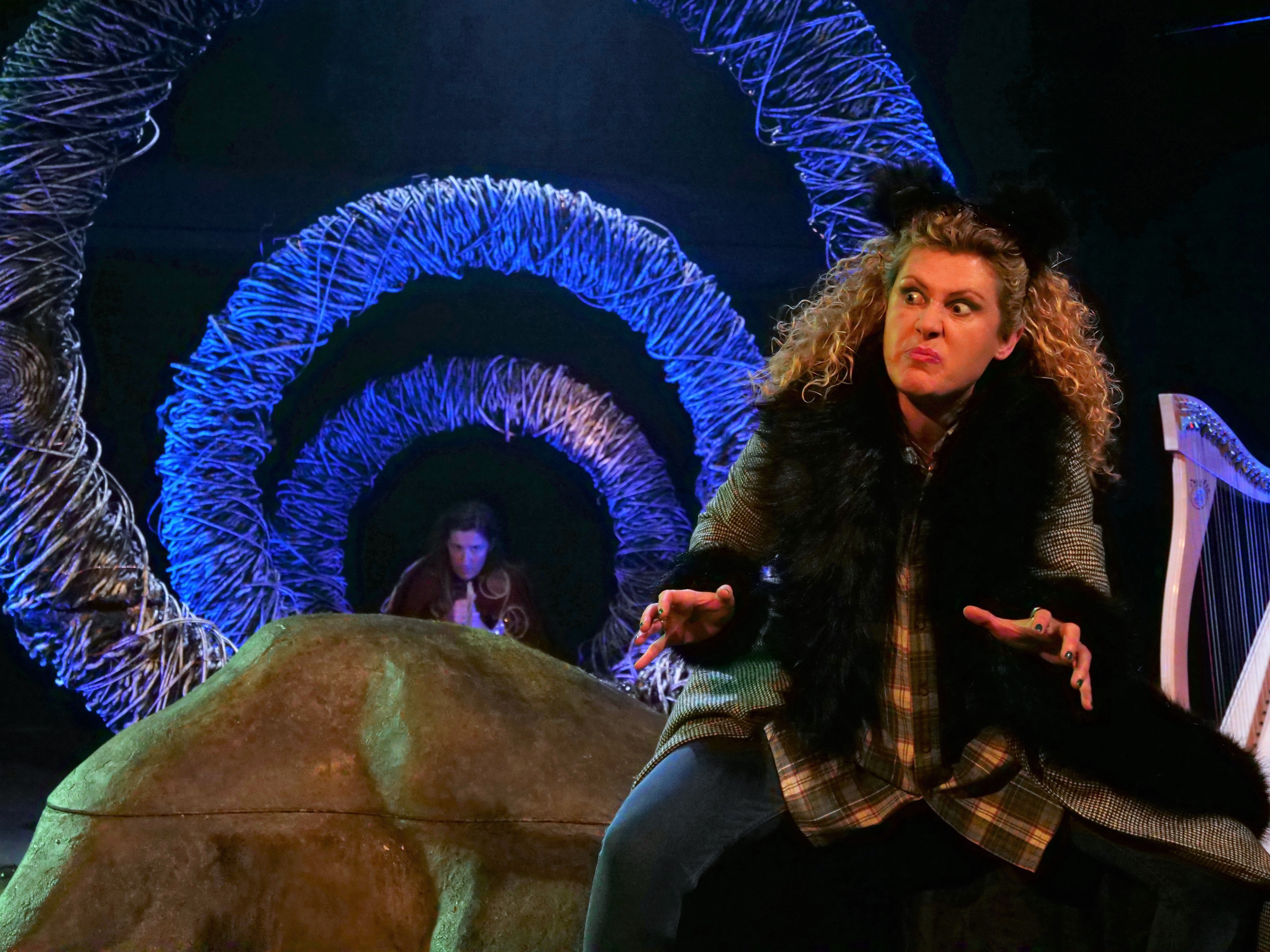 I wasn’t sure whether my nine-year-old daughter would find the show too young for her. But despite her being outside the target age range she really enjoyed it too and picked up on the intricacies of the plot on a deeper level than her brothers who are four and seven.

With original songs punctuating the performance, and even some harp playing, Little Red Riding Hood is an utterly delightful show, perfect for younger children this festive season. We loved it. 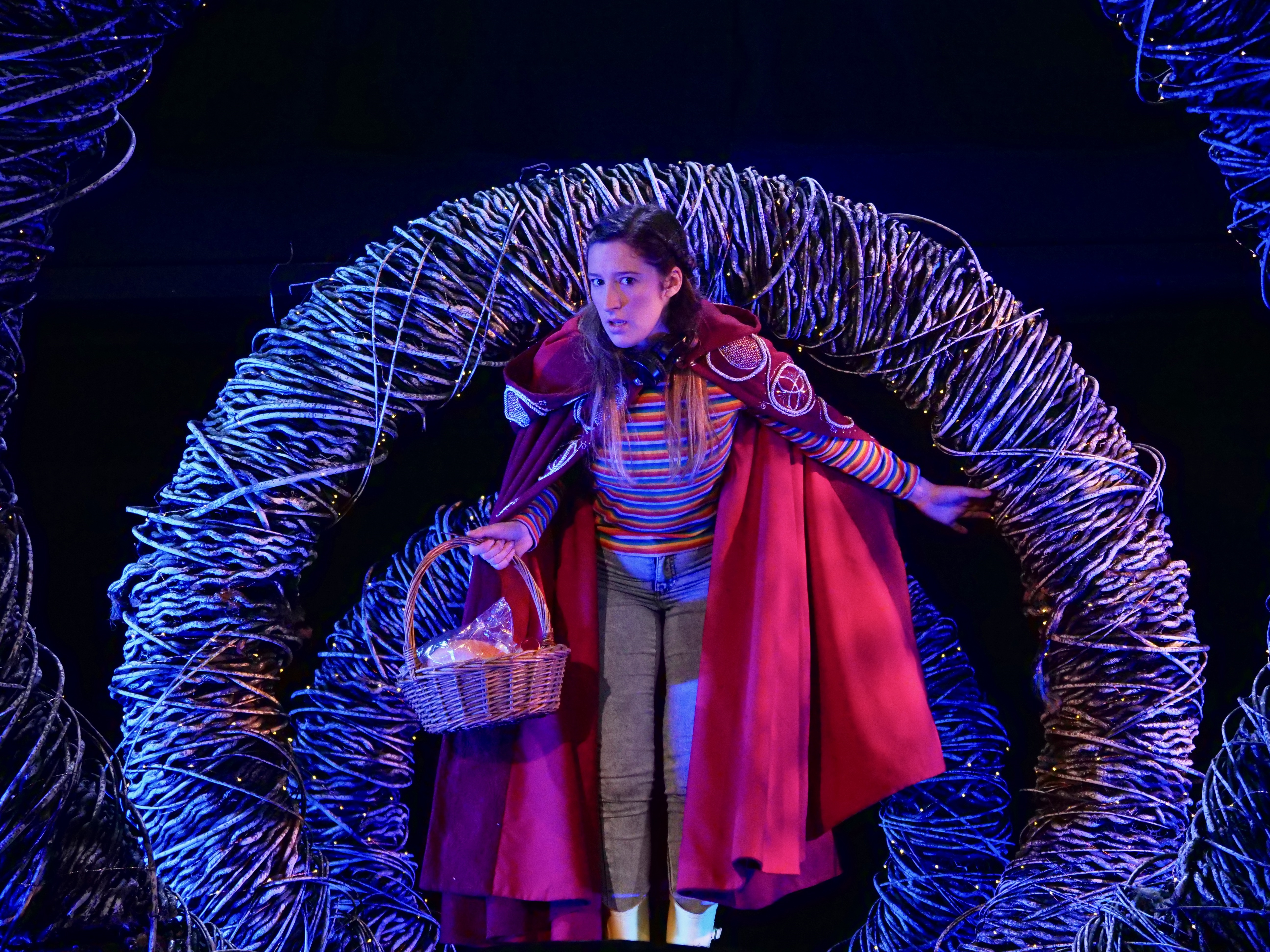 Little Red Riding Hood and Yr Hugan Fach Goch are at the Sherman Theatre until Saturday 29 December. Tickets cost £9 per person. For more information call the box office on 029 2064 6900 or visit the website.