It took more than three months to build, used around 500,000 building blocks and is every bit as impressive as you would imagine. Lego Santa, his eight reindeer and sleigh have arrived in Cardiff Bay for the festive season and are certainly proving popular with visitors of all ages. 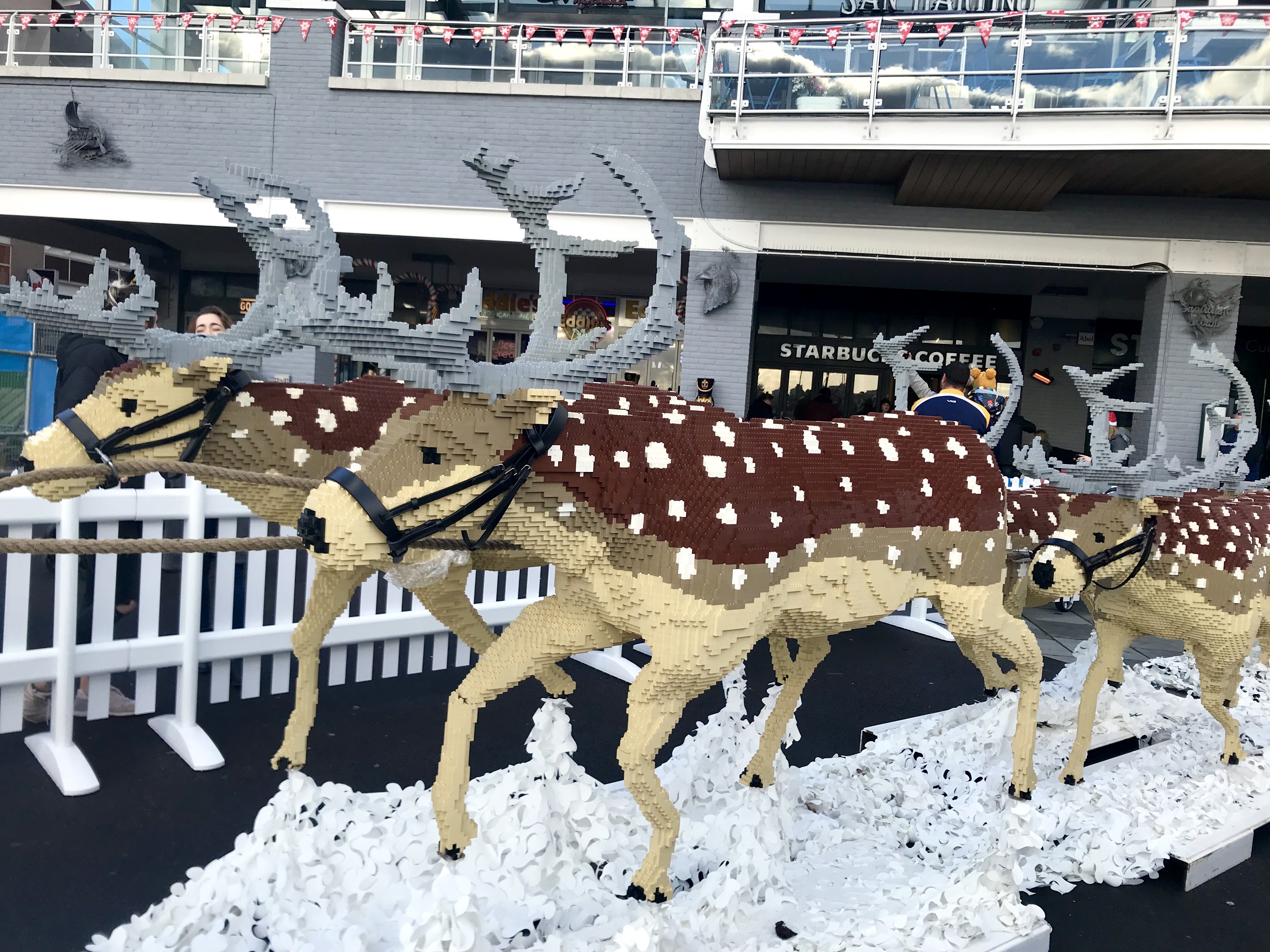 The impressive model arrived on 1 December – and we finally got to see it on Sunday when we were in the Bay taking part in the 5K Cardiff Bay Santa and Elf Dash in aid of Welsh Hearts (if you follow me on Instagram you may have seen my updates from the fun run there). 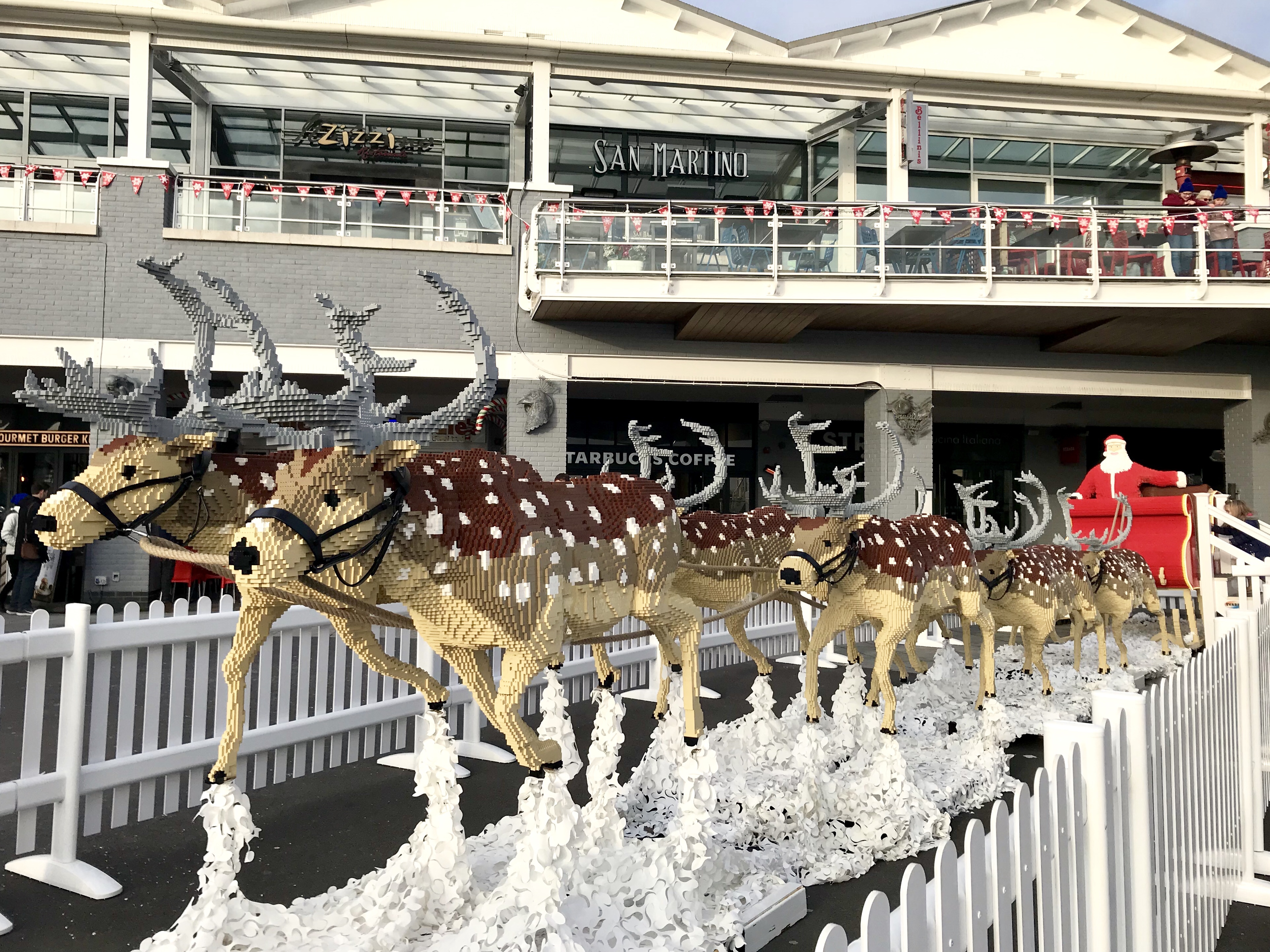 The sleigh can be found in Tacoma Square, overlooking the water and next to the main restaurants and bars of Mermaid Quay. You can even climb on board the sleigh and have your photo taken with Lego Santa himself. 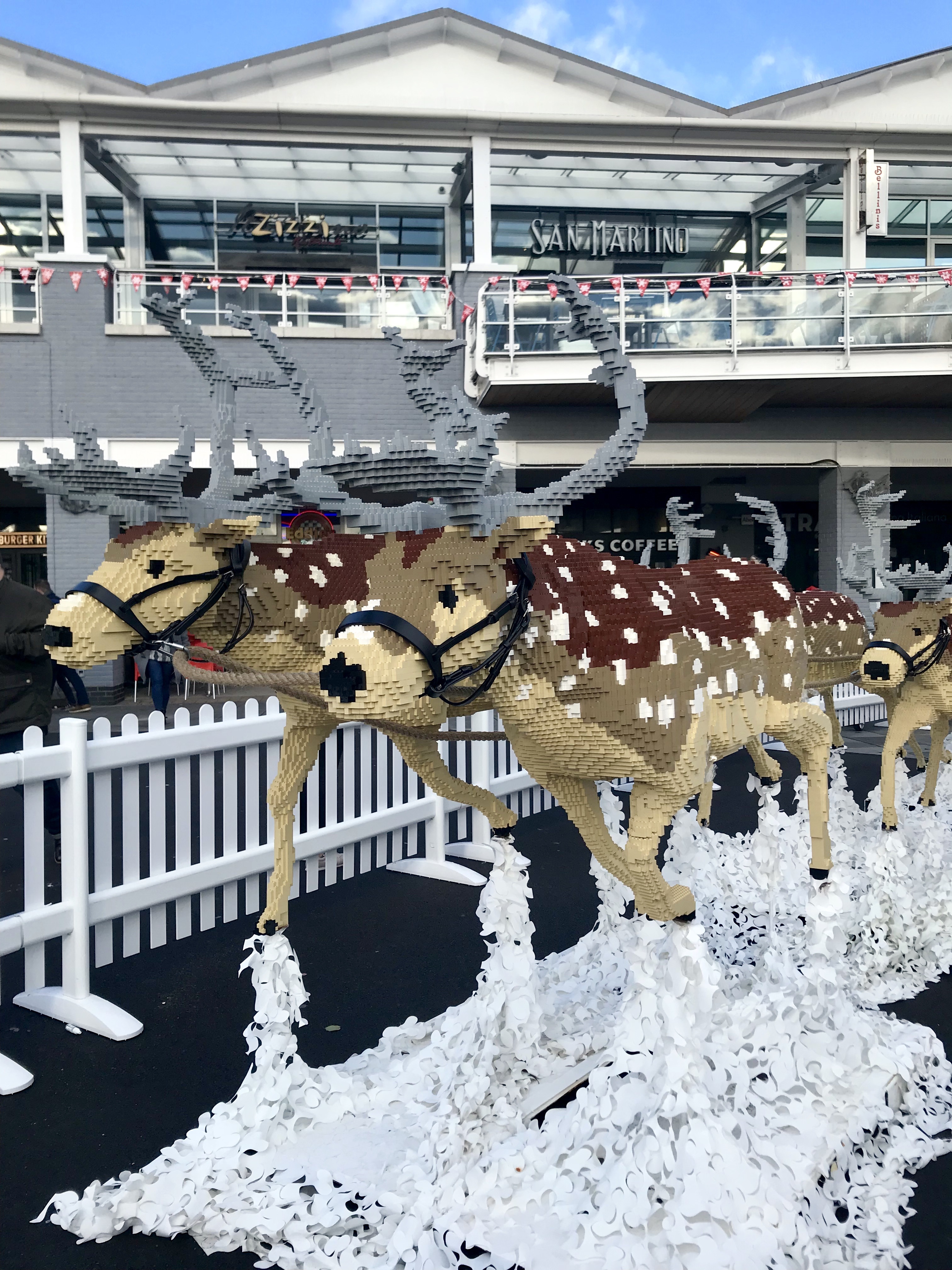 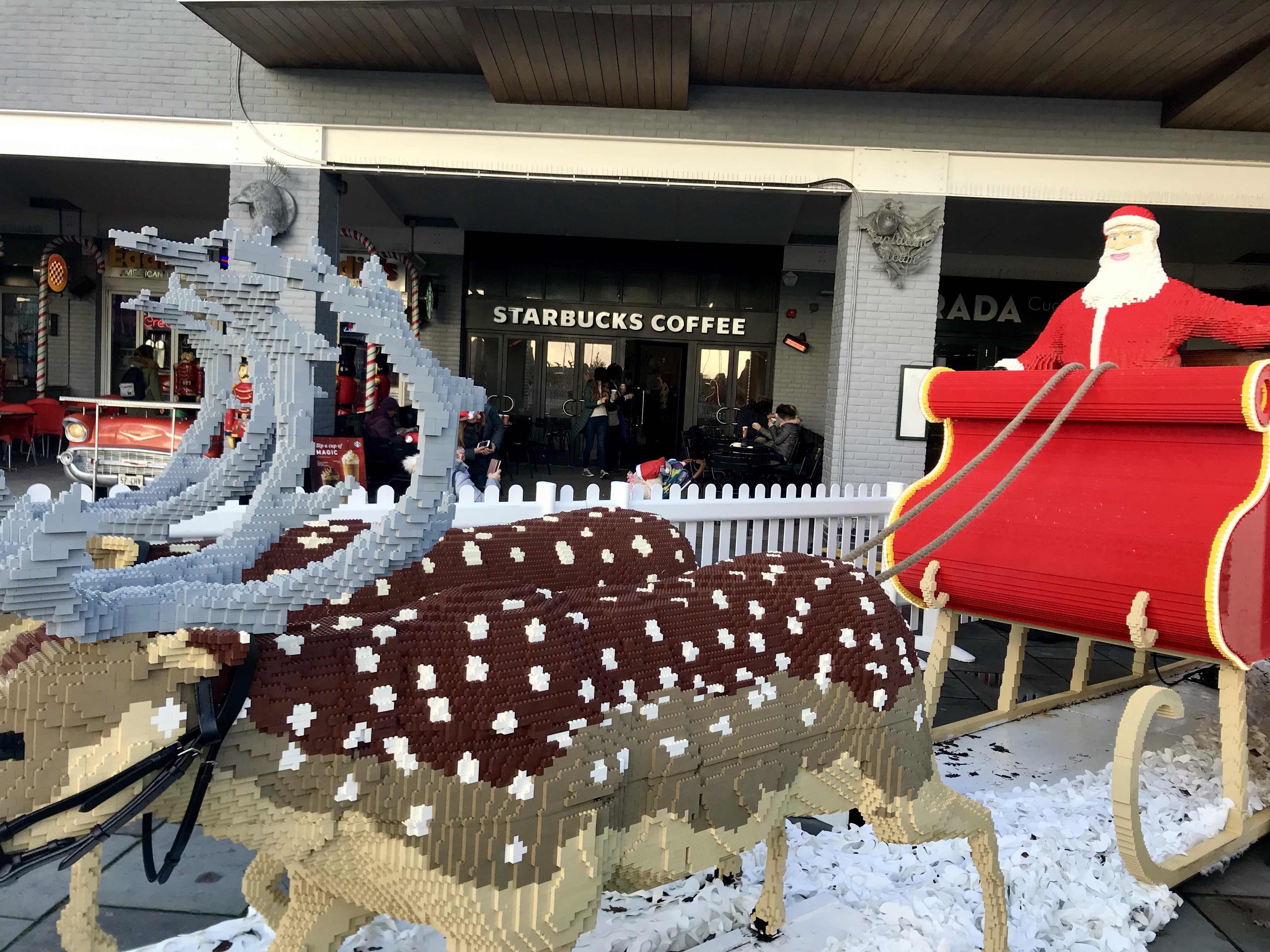 Created by Bright Bricks, the same people behind the Big Cats display and Great Brick Safari from earlier in the year, the level of detail in the sculpture is phenomenal with the different colours of the reindeer’s fur and their legs looking as though they are mid-gallop. 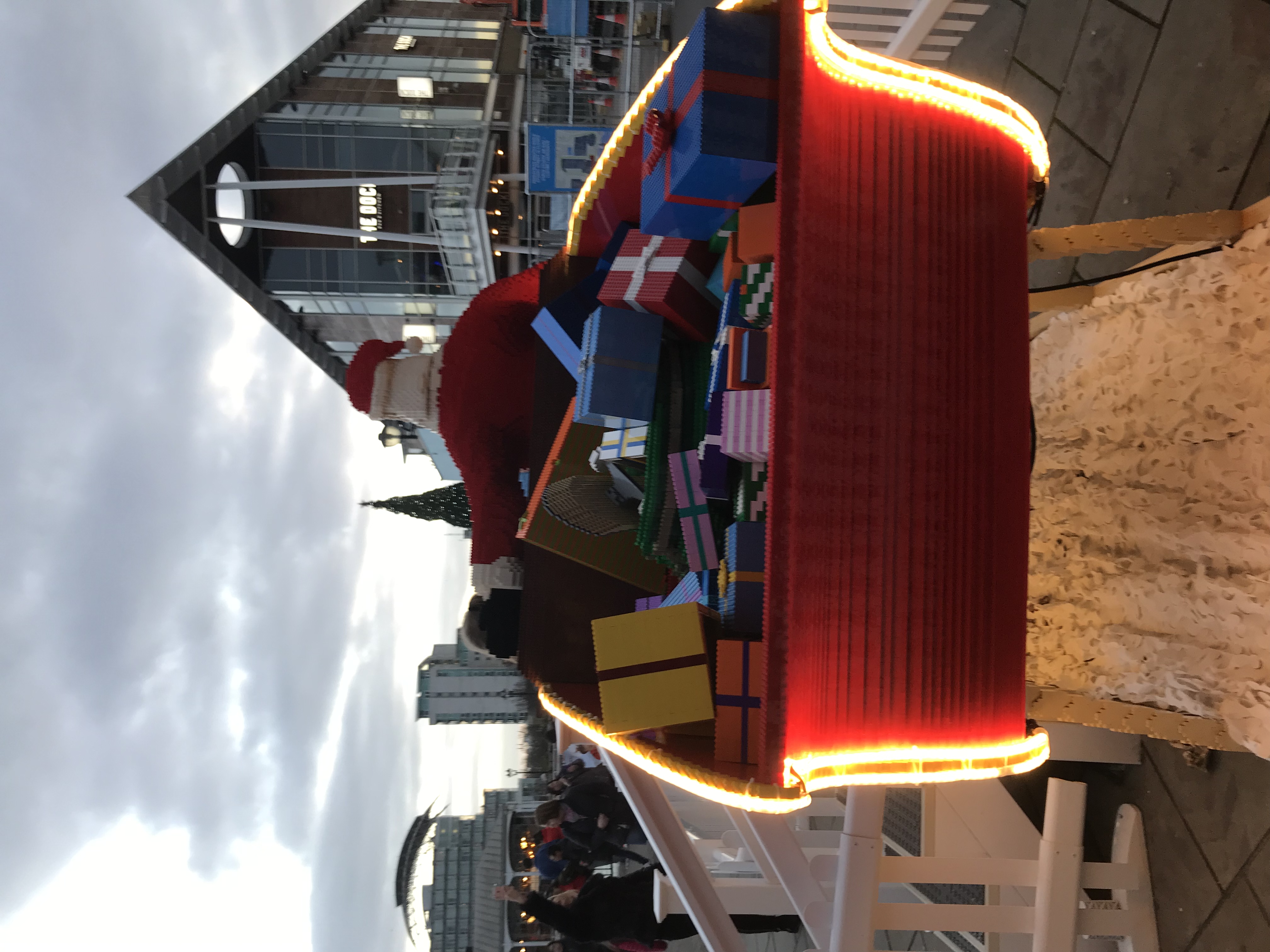 Taking photos is not easy due to the number of people visiting the attraction, but hopefully these snapshots will give you an idea of what to expect and inspire you to visit yourself.

Lego Santa and his sleigh can be found at Tacoma Square in Mermaid Quay until Thursday 3 January. It’s free to visit.

Have you seen Lego Santa yet? Do let me know your thoughts in the comments below, on the Cardiff Mummy Says Facebook page, of you can tweet me on @cardiffmummy

Homepage » Cardiff » Have you seen Lego Santa, his reindeer and sleigh in Cardiff Bay yet?