As part of their half term activities, all this week, St Fagans National History Museum have been asking visitors to help them create a giant wicker man. The last day is tomorrow, Friday, between 12pm and 3pm.

Made from straw cased in chicken wire, the 16-foot effigies will be burned this weekend, one on Saturday and one on Sunday, at around 4.30pm. The event echoes the traditional Celtic celebrations around Halloween, which marked the end of the old year and the beginning of the new, or the end of harvest and the beginning of winter.

There’s much mystery around the wicker man. According to Julius Caesar, the ancient druids used to sacrifice people in the large wicker statues. However, later evidence suggests it’s not true and that the Romans and Greeks made it up out of disdain for the Celtic pagans. The myth is perpetuated by the famous 1973 film The Wicker Man, which does indeed feature such a sacrifice.

Thankfully, the activity surrounding the wicker man at St Fagans is a lot more family-friendly!

We headed along today as part of our blogger ambassador role with St Fagans National History Museum and National Museum Cardiff. 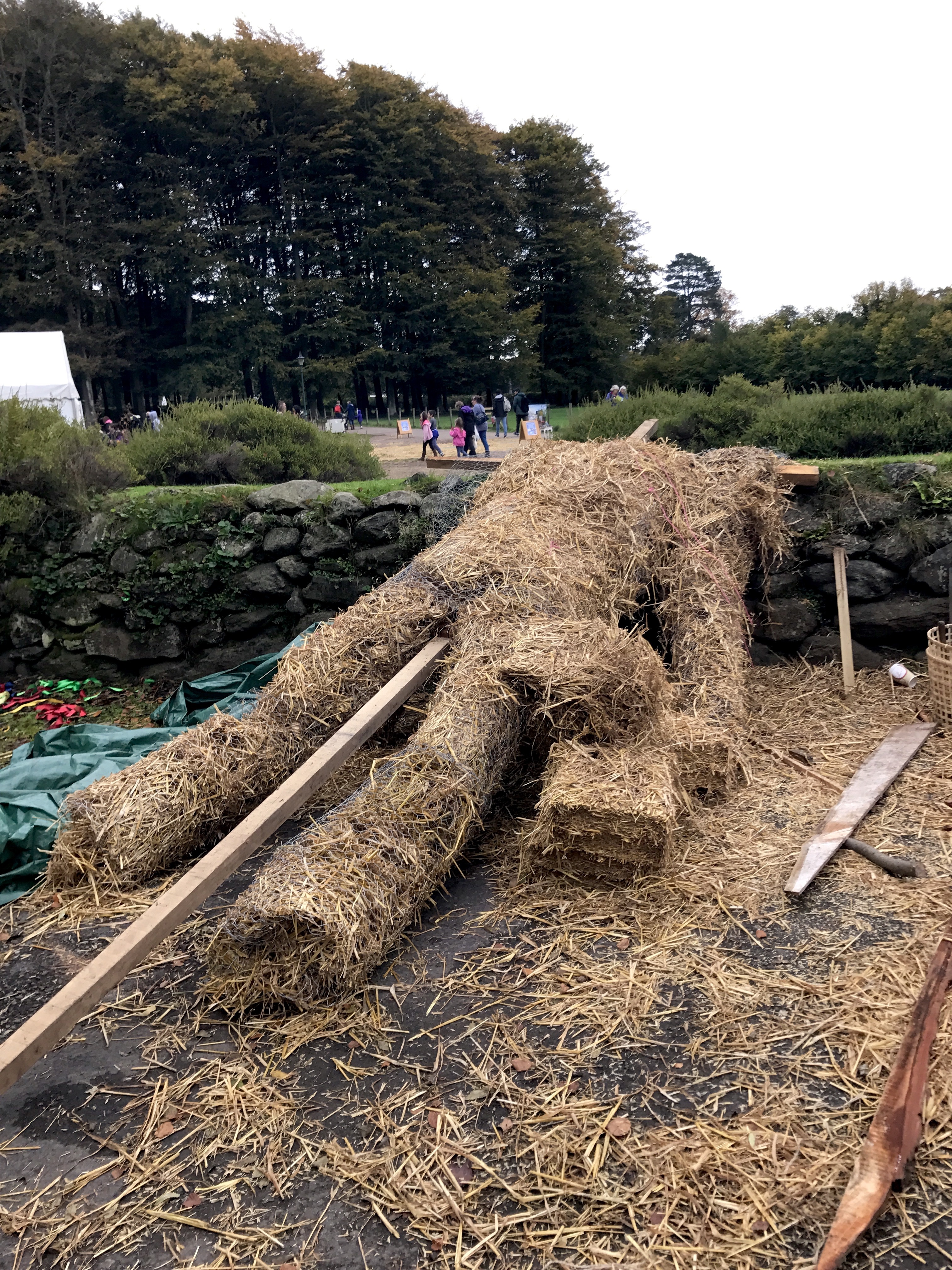 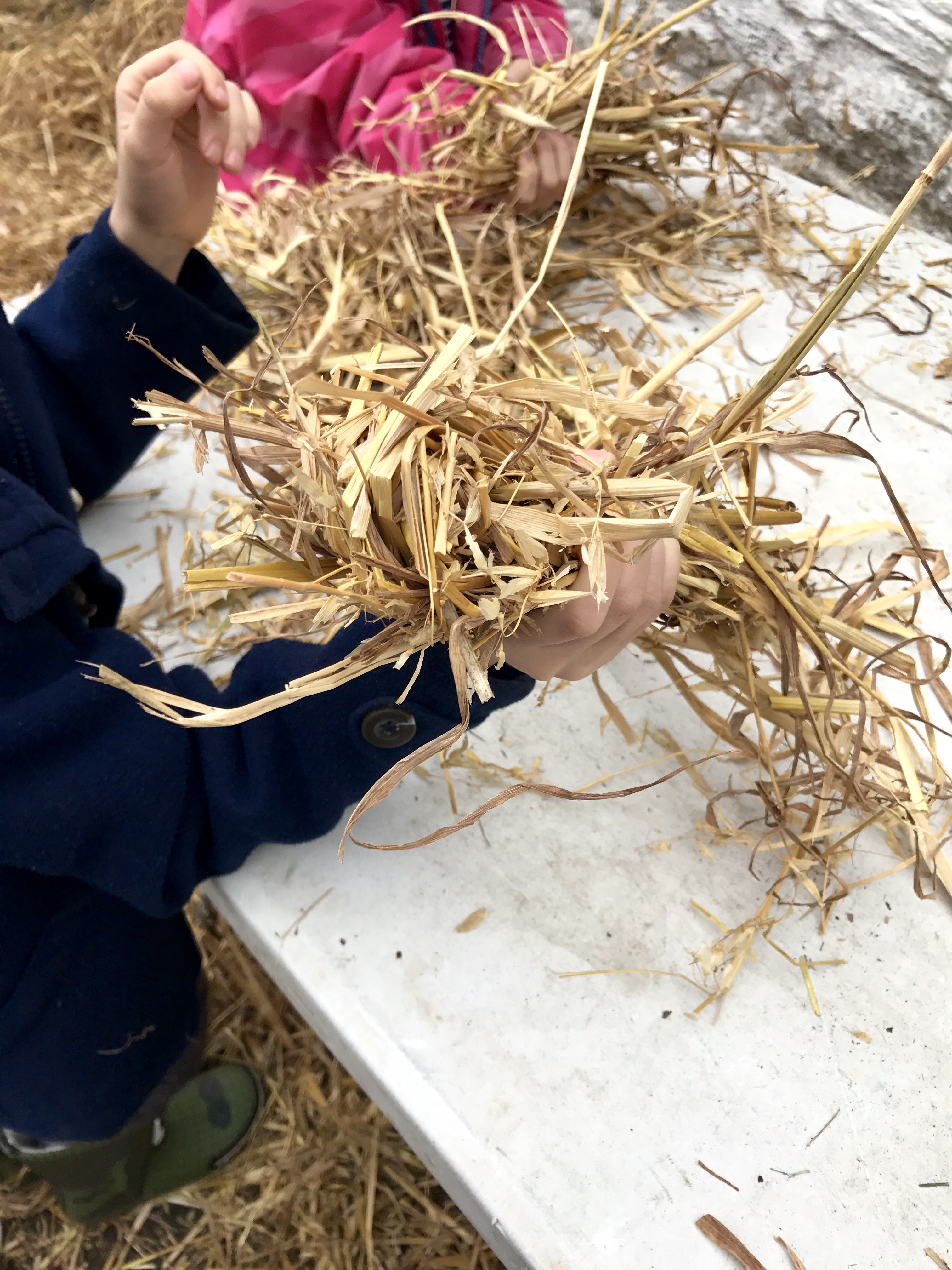 With guidance from museum staff, we made our own straw men, and made a wish on it. All the dolls are then bundled together and stuffed into the wire casing, which will be set alight at the weekend, with each one taking 8-10 minutes to burn. 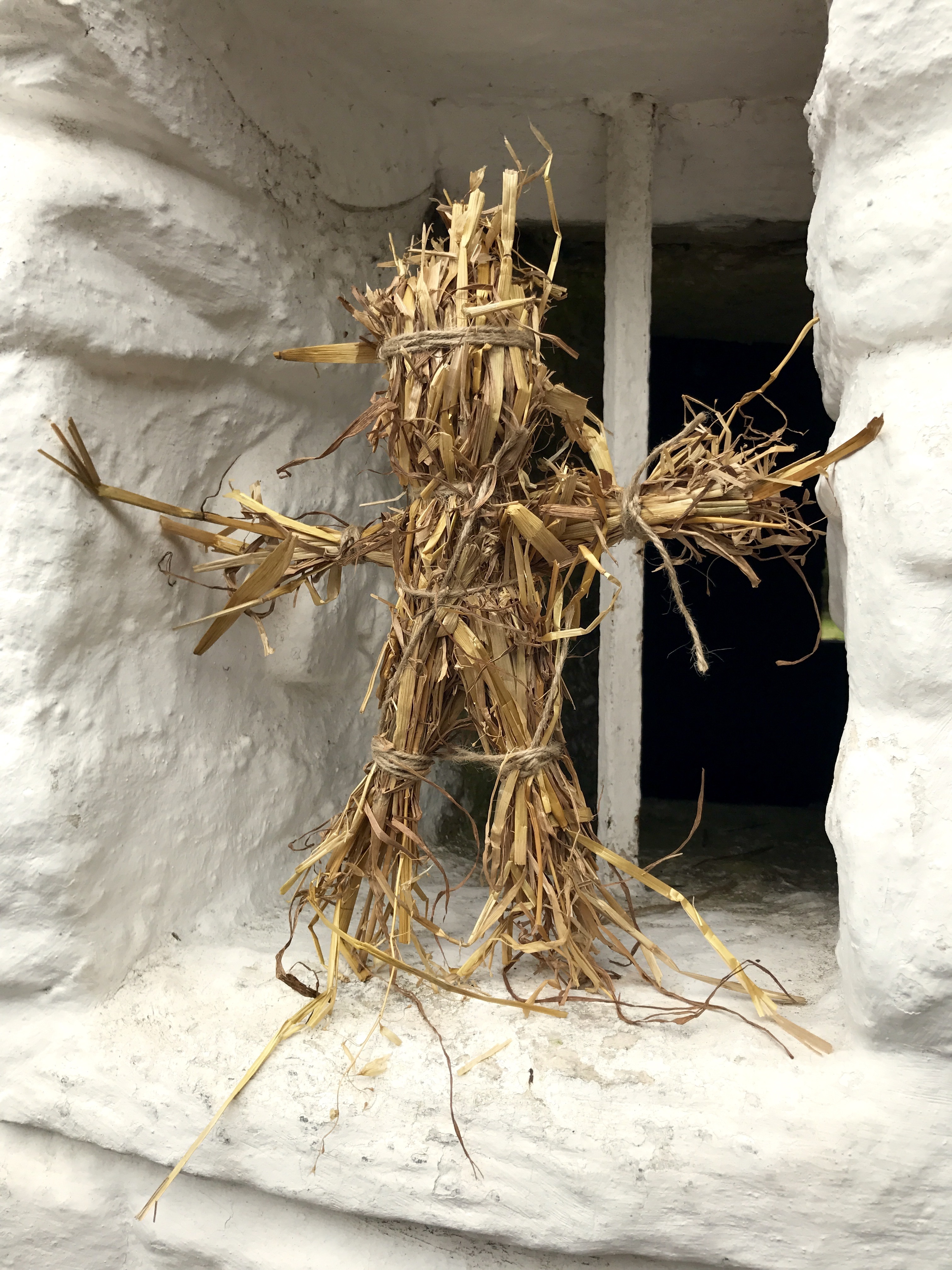 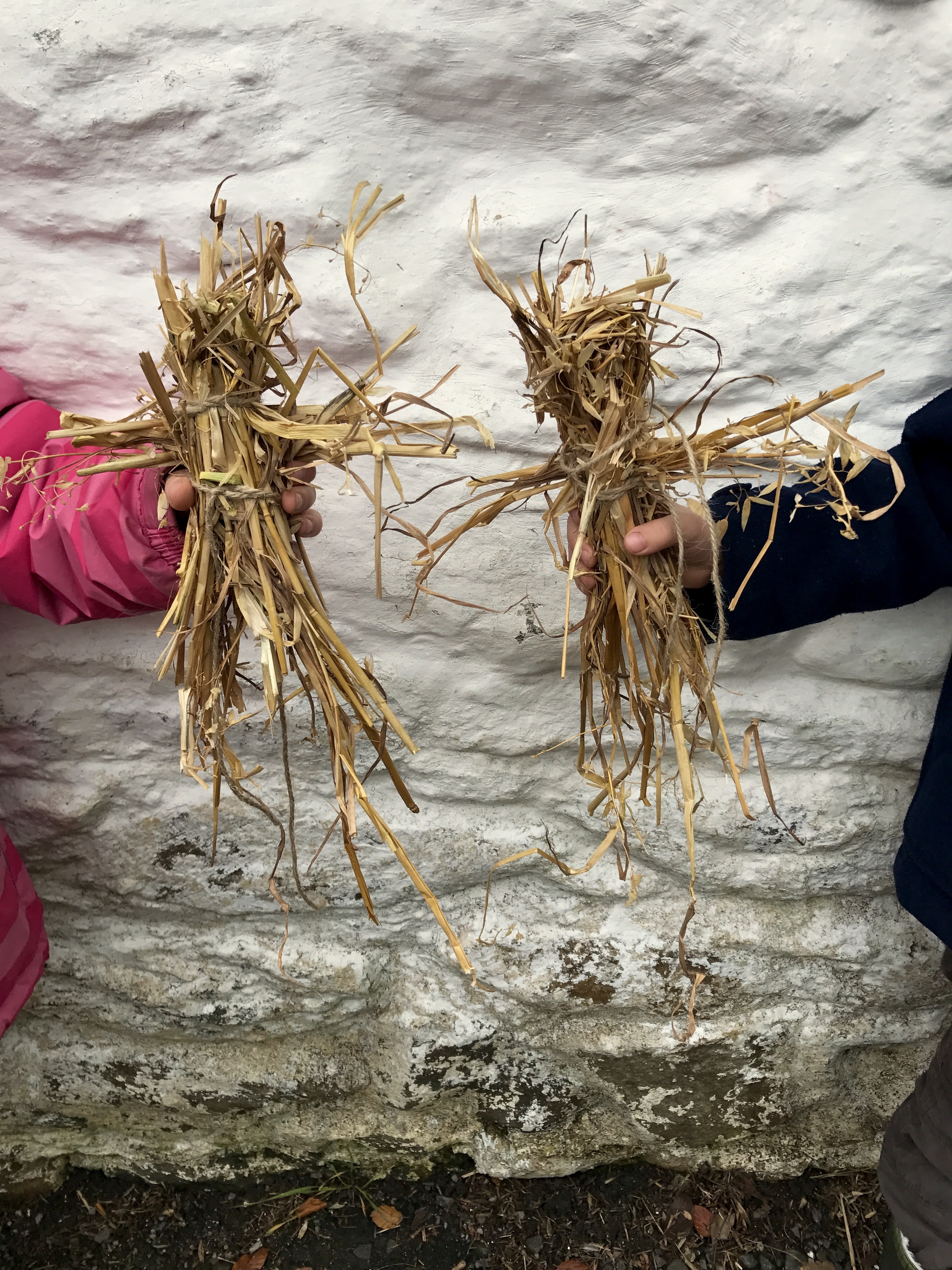 There are also plenty of other activities taking place at St Fagans this week. Children of 6 and over can take part in Morbid Histories (12pm, 2pm and 3pm at £2 per person), a 40-minute walking tour delving into some of the museum’s darker history.

I know my sensitive children would have found this a bit much, so instead, we headed to the Makers’ Market, where as well as plenty of hand-made products for sale, children could take part in craft activities, for an additional cost.

We opted for the stall where you could paint ceramic decorations or ornaments, with the smaller Christmas tree decorations costing £2 and bigger ornaments including dinosaurs and unicorns costing around £5. 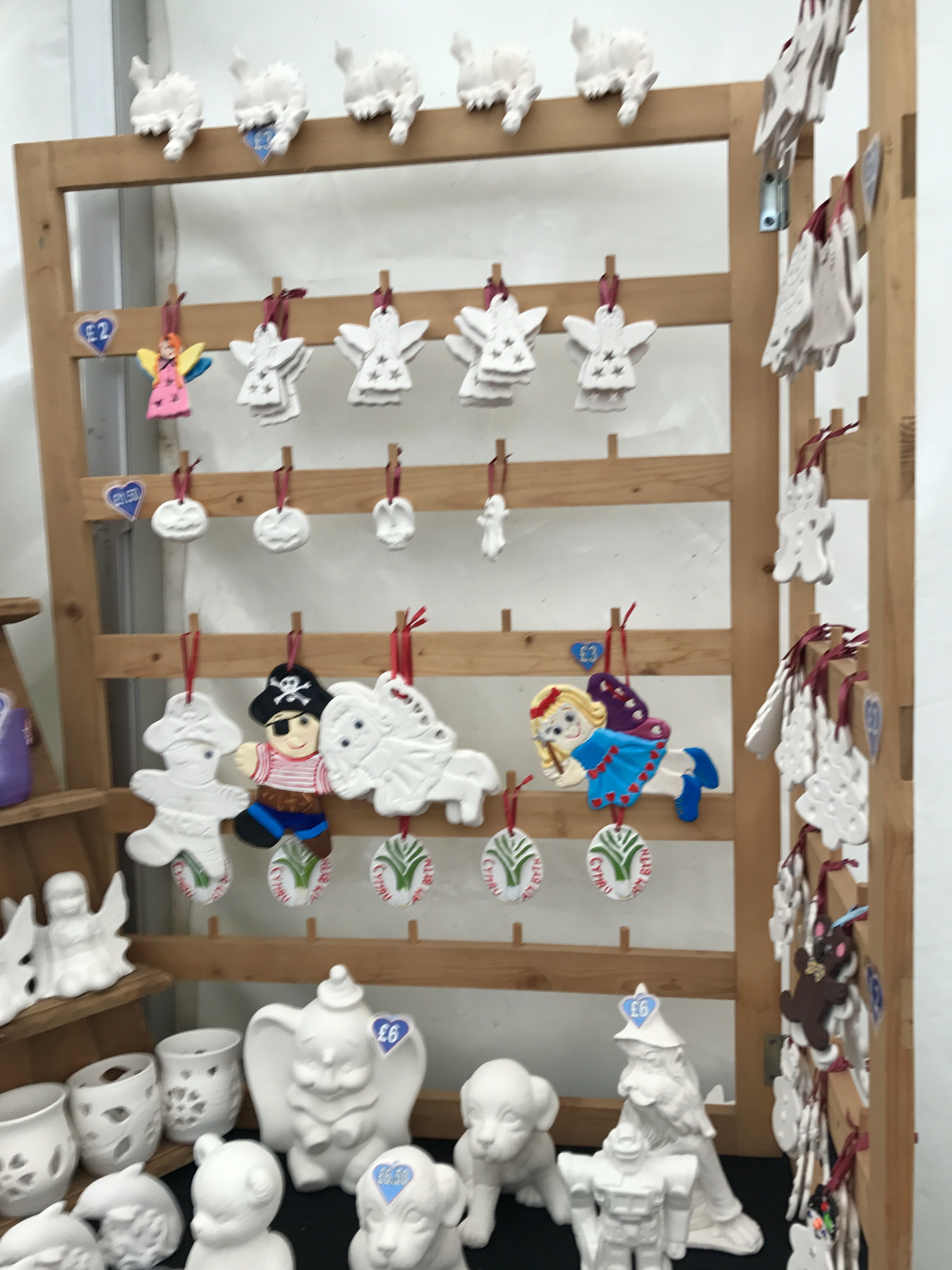 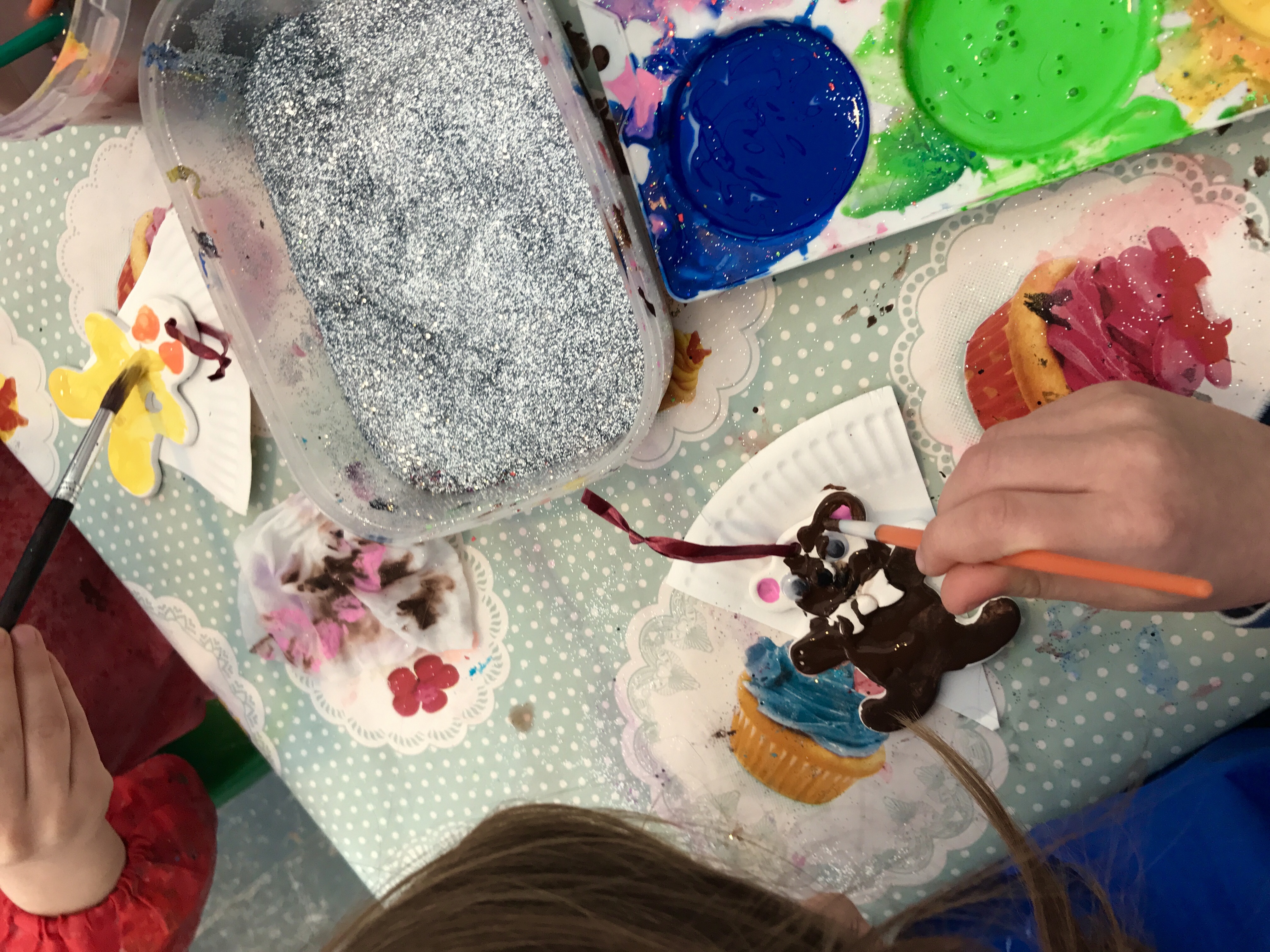 Other stalls include throwing your own clay pot for £4, and jewellery making.

We also spent time exploring the rest of the museum – there are over 100 historical buildings from across Wales (read more in our previous review). Today we spent time watching the traditional blacksmith striking the red-hot iron, as well as visiting the Rhyd-y-Car mining cottages, the Victorian school, Gwalia Stores, and the toll booth among others. 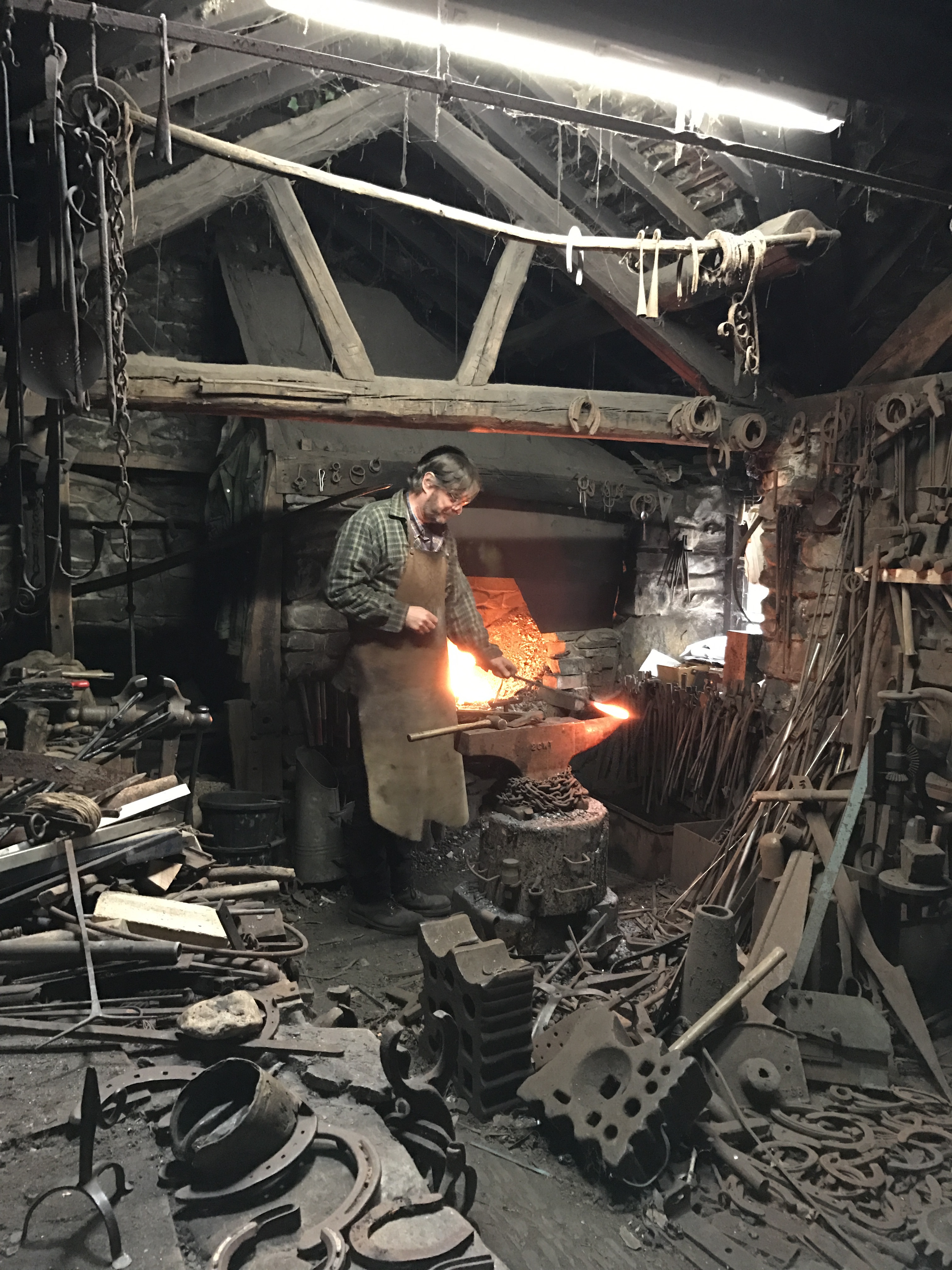 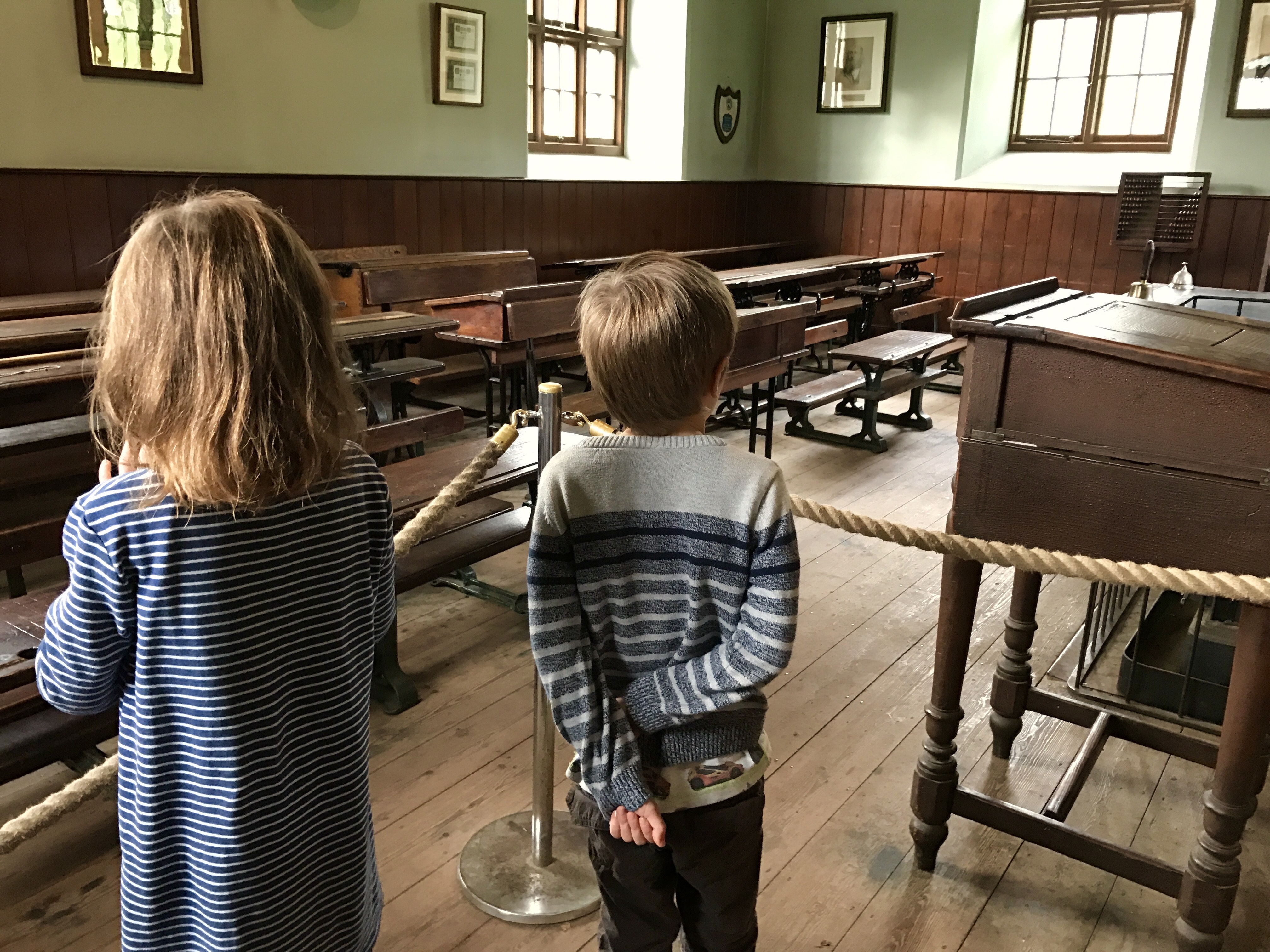 And we’ll back at the weekend to watch the wicker man we helped to make, burn at dusk.

The weekend also sees a family craft activity to make a Halloween lantern while waiting for dusk to arrive (for a small cost to cover materials).

St Fagans National History Museum is free to visit, although parking is £5 per day (pay and display, coins only).