You know that famous saying about how Christmas is magical as a child, but doesn’t even begin to compare to the magic you experience of being a parent at Christmastime? Well, it’s the same with Disney On Ice. I can only imagine how thrilling it would have been to have seen a show like this when I was younger – but watching my children’s wide-eyed excitement when their Disney heroes skated around on the ice rink in front of their eyes was just incredible.

Last night’s Disney On Ice performance at the Motorpoint Arena in Cardiff marks the start of a five-day stint in the Welsh capital, as part of the show’s 25th anniversary celebrations. I was invited to review it along with Little Miss E, my six-year-old daughter, and Little Man O, my four-and-a-half-year-old son.

In short, it’s brilliant. It’s everything you would imagine a Disney show to be – lavish costumes, vivid colours, awe-inspiring special effects, showstopping big dance numbers and so much more. All on ice skates and all so authentic-looking, you feel like it’s jumped straight out of a Disney animation. 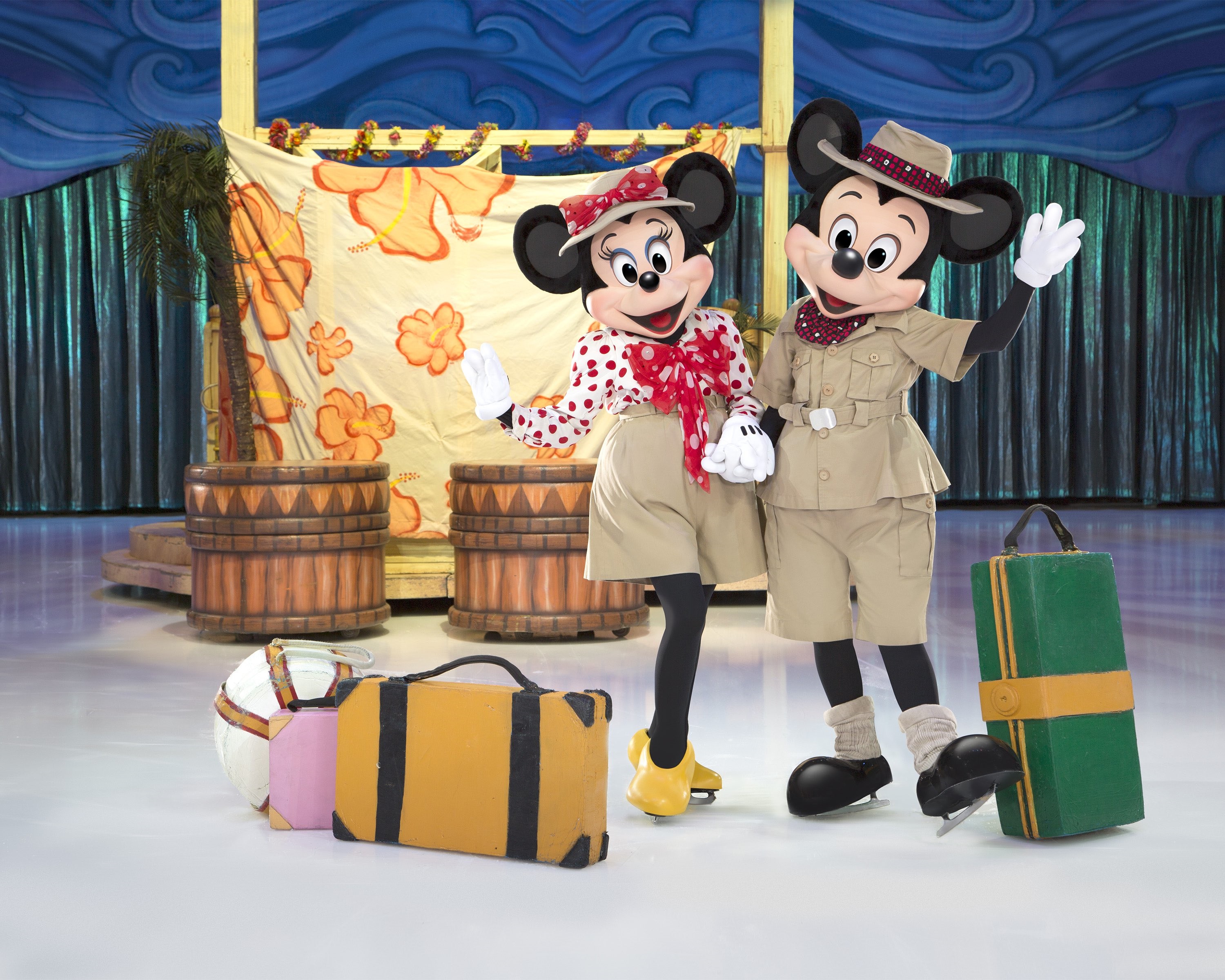 The show opens with Micky and Minnie Mouse, Donald and Daisy Duck, and Goofy, all dressed in safari gear. The classic characters are our narrators for the night, taking us on a tour of the timeless lands of four Disney films and introducing each of the 20 to 30-minute sections.

Our first stop is the African plains for a mini version of The Lion King. We’re soon singing and clapping along to the upbeat numbers I Just Can’t Wait To Be King and Hakuna Matata, while the slower ballad Can You Feel The Love Tonight? sees some breath-taking ice dancing from Simba and Nala, including some impressive lifts, spins and balances. Just beautiful.

From there, we head to London and the world of Peter Pan. The Darling family start this act on a stage above the main ice arena, while Peter and Tinkerbell skate around on the ice below. With a little bit of faith, trust and pixie dust (and not to mention some brilliant technical effects), the three children are soon flying above the rink, to gasps from the youngsters in the audience. 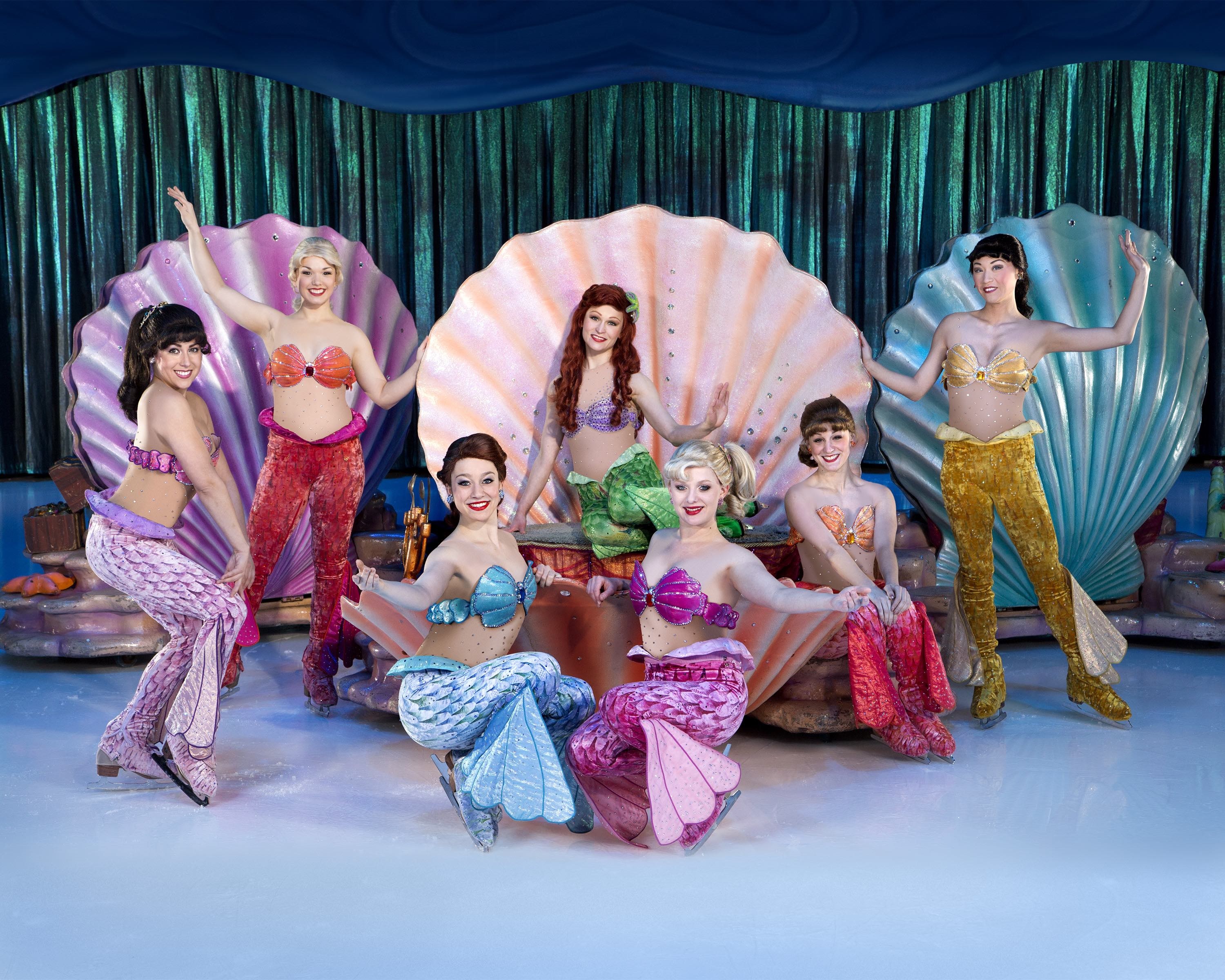 After the interval, The Little Mermaid combines bright costumes and extravagantly choreographed numbers with the darker moments as Queen Ursula persuades the mermaid Ariel to part with her beautiful voice in exchange for a pair of legs so she can pursue the handsome Eric, the human whose life she saved. The costumes for Ursula, Flounder and Sebastian are so like the film – I have absolutely no idea how the dancers underneath them managed to skate. They must have been so hot. The big dance number Under The Sea is a real highlight, with the stage filled with colour and movement. Wherever you looked, there was something amazing to witness.

There’s no surprises that Frozen – the last section of the night – gets the biggest cheer. Some of the little girls around me (many of them dressed in Elsa and Anna dresses) were hopping up and down in their seats in excitement at seeing their heroes take to the stage. Musical numbers include For The First Time In Forever, Love Is An Open Door, In Summer and, of course, Let It Go. 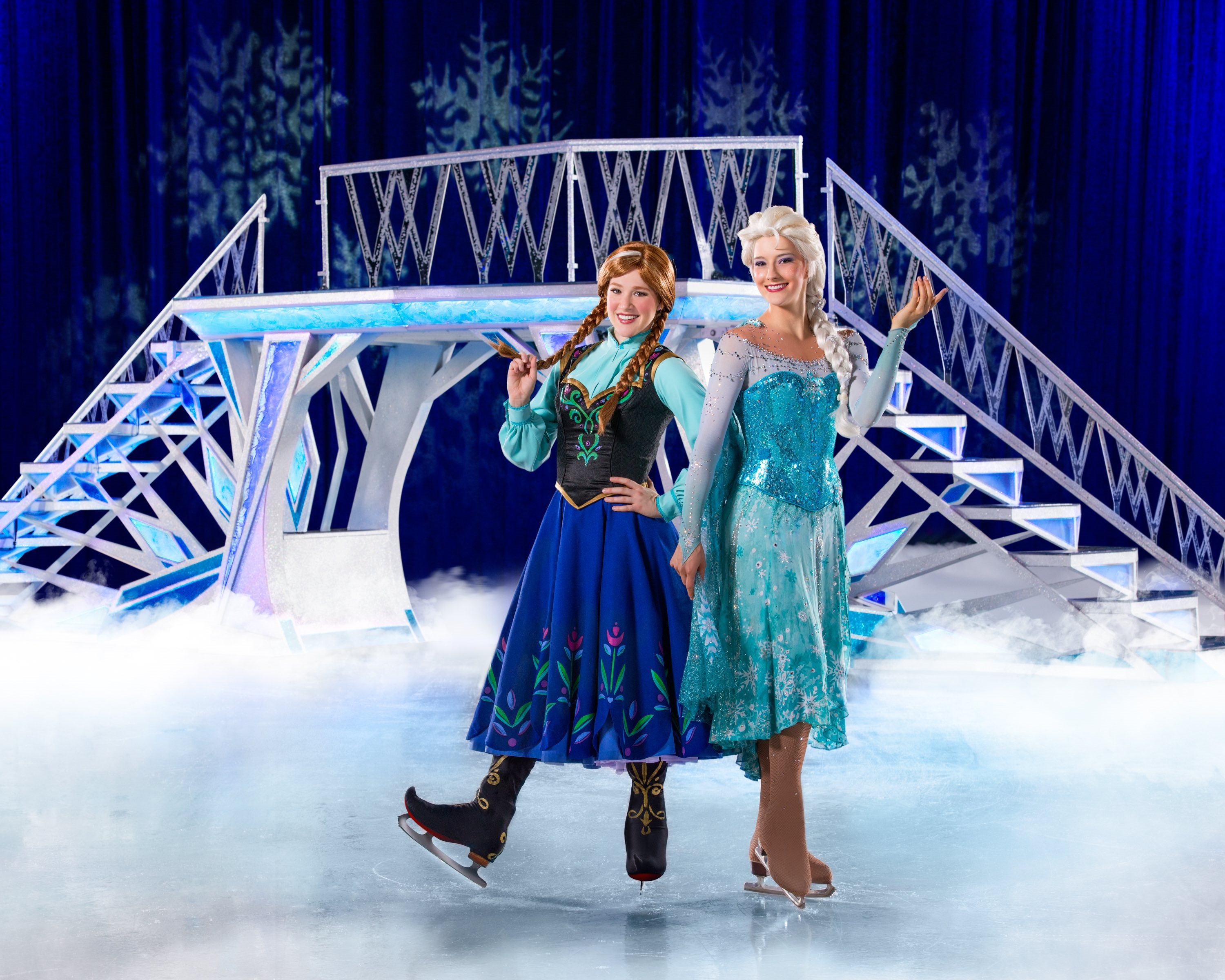 The costumes for Olaf and Sven are brilliant – especially when Olaf’s head falls off, just like in the film. The snow that descends when Queen Elsa plunges the kingdom of Arendelle into eternal winter is also really effective. My children thought it was amazing.

The show ends with every character from the night on the stage together, a colourful reminder of everything we’ve witnessed and just what a creative force Disney is.

Admittedly, tickets to Disney On Ice are not cheap, ranging from £15 to over £40, not to mention the lure of all the merchandise and food/drinks on sale inside the arena. However, it is such a spectacular, colourful show, full of inspiring dance numbers, costumes brought to life from the animations, and plenty of impressive special effects, it’d be difficult to be disappointed.

As we left the arena, Little Miss E turned to me and asked if she could watch it all again. I’d been thinking the same thing myself. As Peter Pan himself told the audience earlier in the night, there’s a little bit of child inside all of us that we need to hang onto. If anything’s going to bring it to the fore, it’s a night of Disney.

Disney On Ice is at the Motorpoint Arena Cardiff until Sunday. There are tickets still available for some performances.

Have you been to see Disney On Ice presents Silver Anniversary Celebrations with your children? What did you think? Do let me know in the comments section below, by tweeting me on @cardiffmummy or joining in the chat on the Cardiff Mummy Says Facebook group.

All images are production shots and copyright Disney On Ice.