The upside of my children’s swimming lessons starting at 8.30am on a Sunday morning is that once they’re finished in the pool, we’re already out and about with the rest of the day ahead of us. Last weekend, we decided to make the most of the sunny weather and head to Cardiff Bay Barrage so my children could have a good whizz around on their scooters.

We got there around 10am and, being there so early, managed to park by the Norwegian Church (short stay parking costs around £3 for three hours). When I’ve mentioned Cardiff Bay Barrage on my blog before, quite a few people have said they didn’t know how to get there. From the church, you head over the bridge, past The World Of Boats and The Doctor Who Exhibition, and then follow the path. I remember the first time I took this path to the barrage thinking “Is this it?” as to start with, it’s nothing more than a surfaced road surrounded by overgrowth. But stick with it, head round the corner, continue past the toilet block, and you’ll soon see the barrage itself. 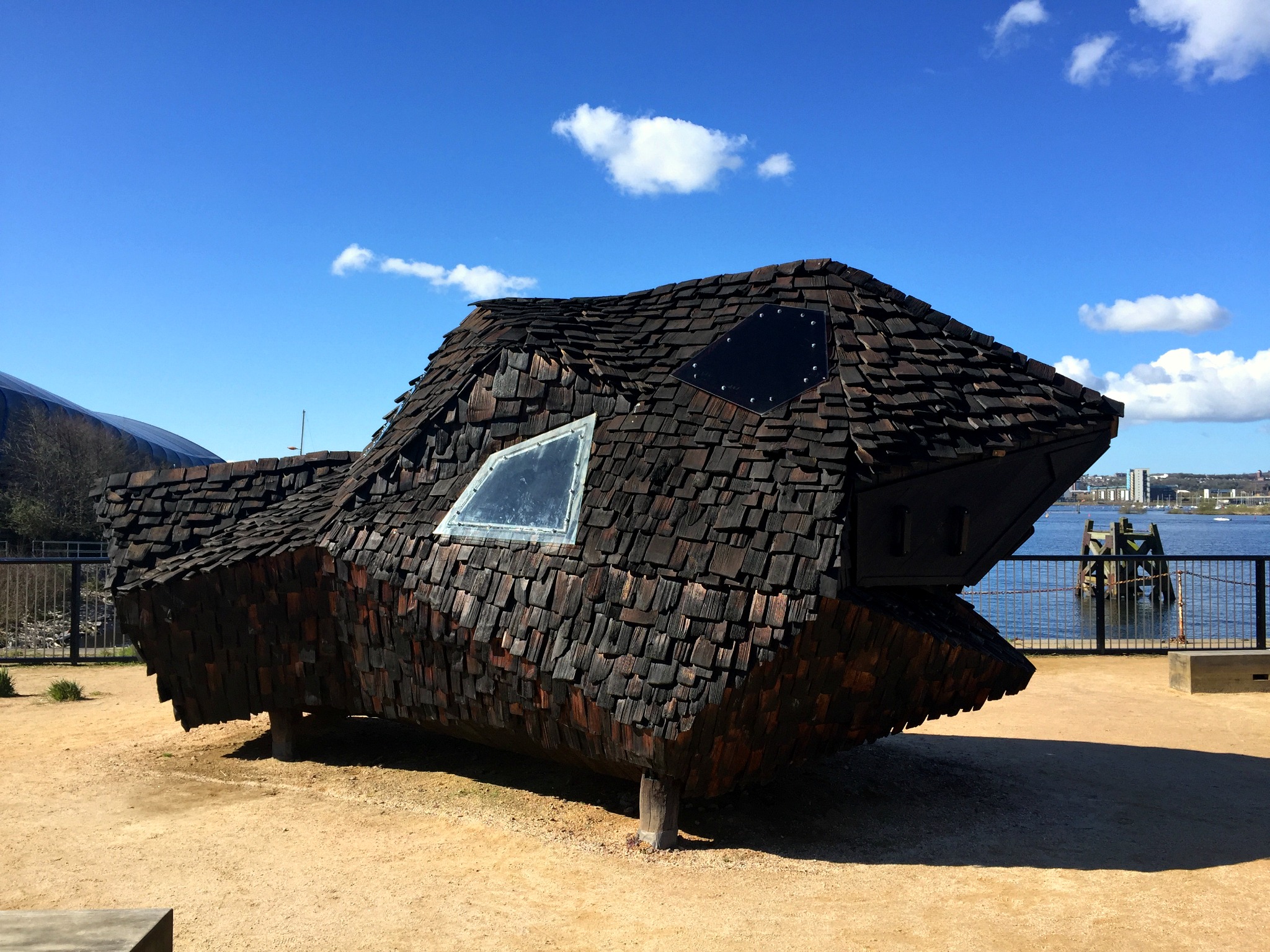 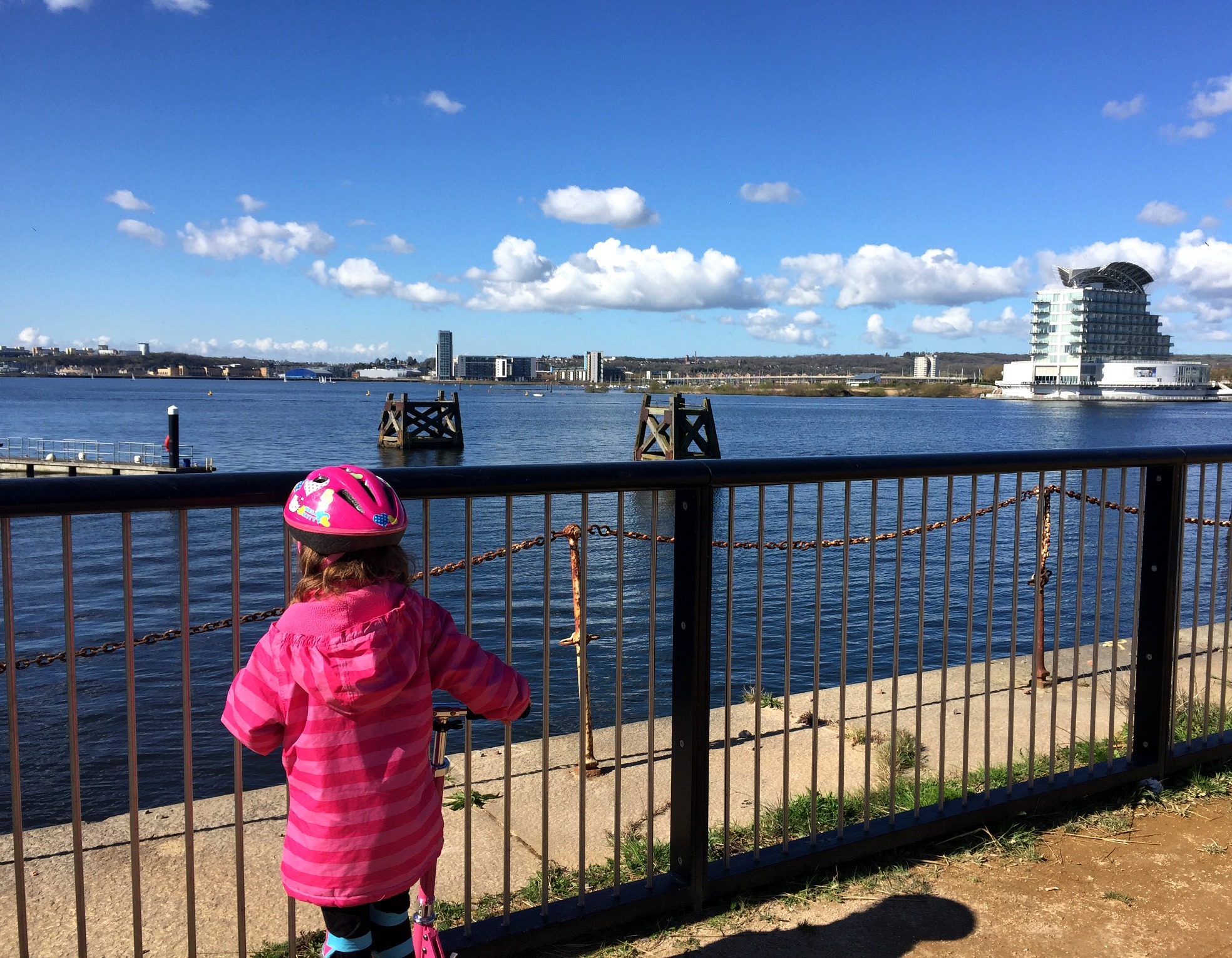 Opened in 2001, the barrage was constructed at a cost of £120m, as part of the regeneration of the old docklands and rejuvenation of Cardiff Bay. The 1.1km walkway links the Bay with Penarth, with stunning views over Cardiff Bay on one side and the Severn Channel on the other.

It’s a brilliant (and free) place to explore on foot, or by bike, scooter, skateboard, or roller skates, and is buggy-friendly. There’s a bike hire place near the start, with traditional cycles and pedal carts, which are a great way for families to get about. 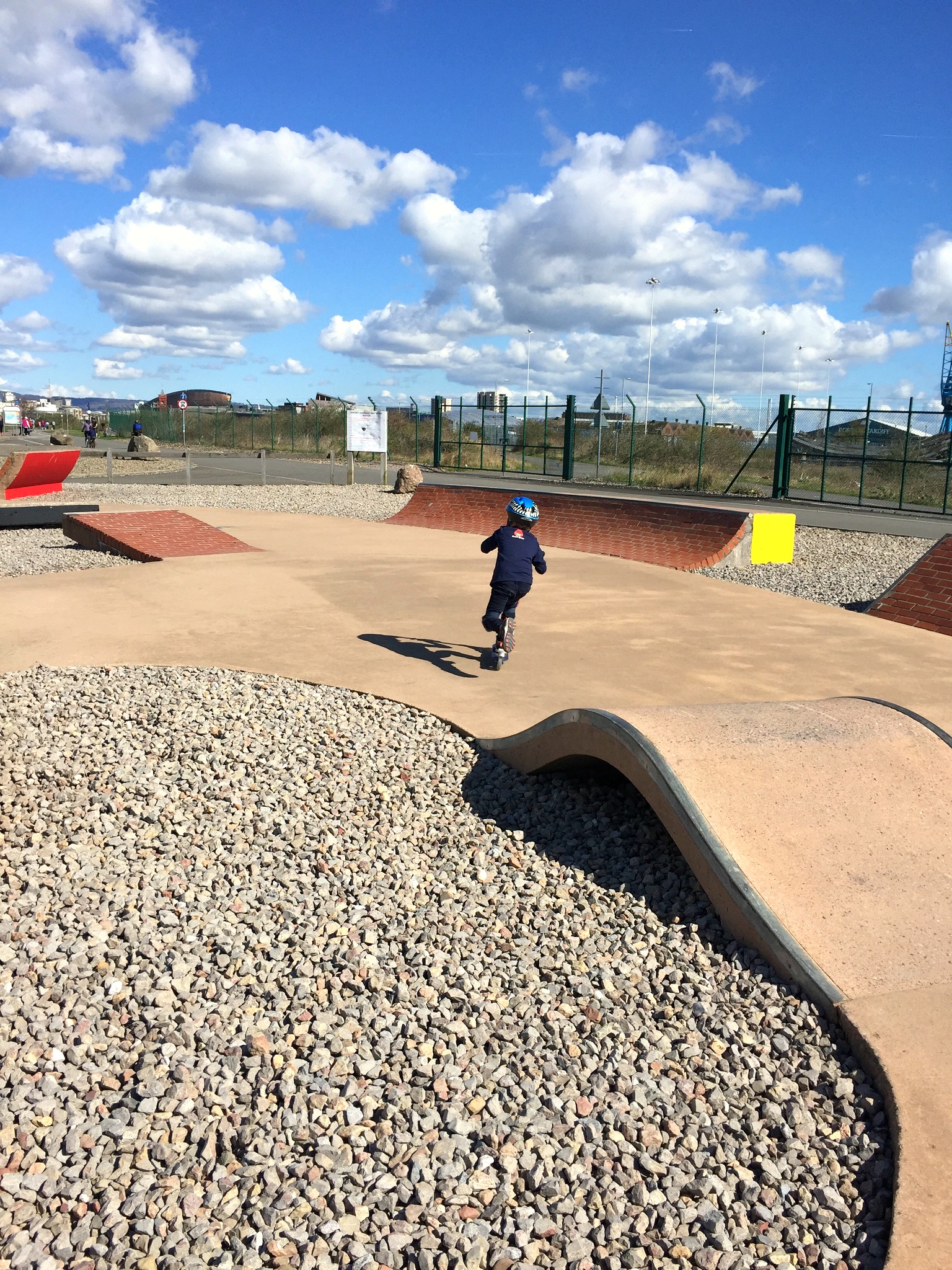 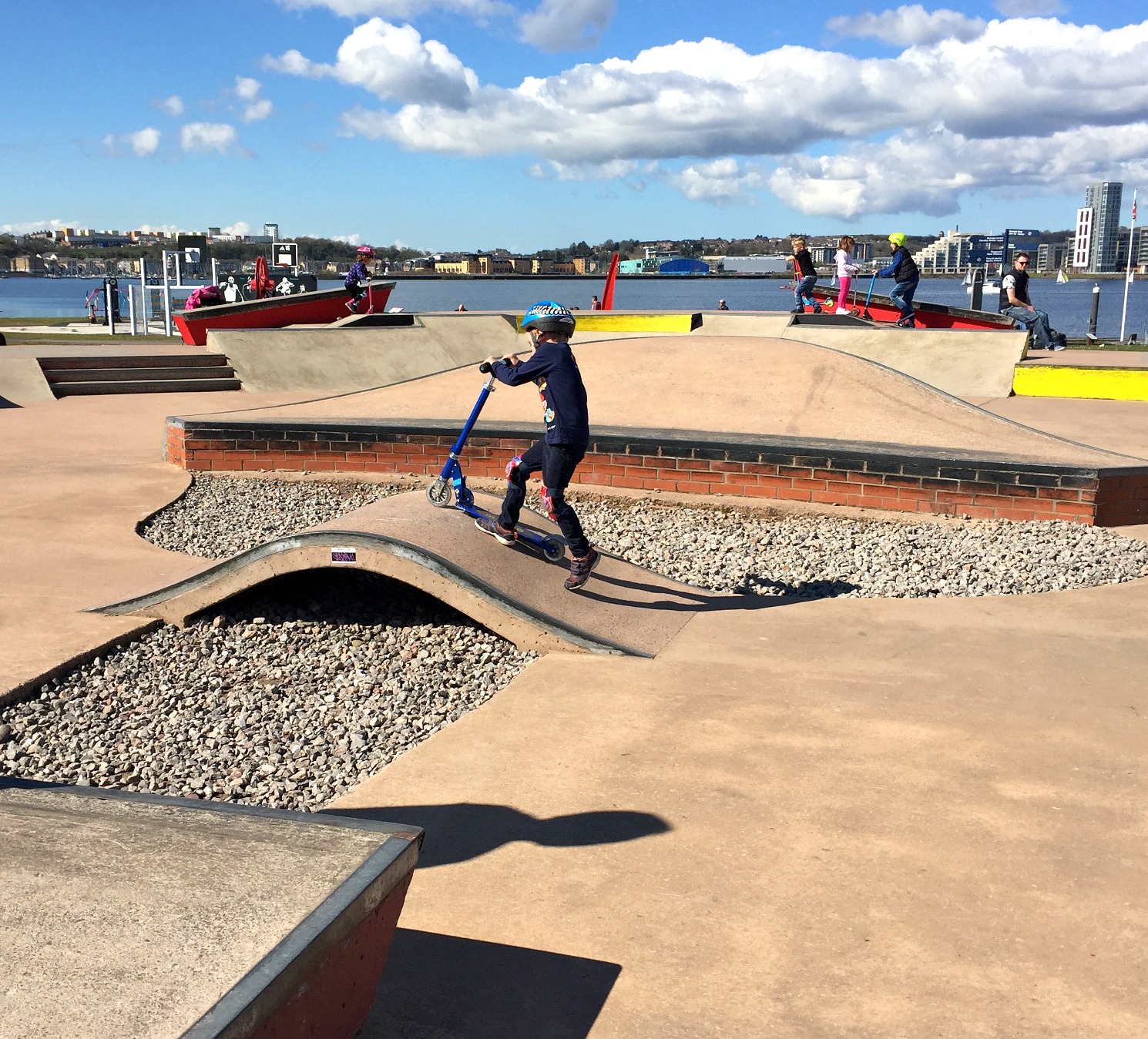 Our first stop was the skate plaza, a 1,100 square metre concrete area with various ramps, jumps and obstacles. Being there so early in the morning meant the older skater kids who usually frequent the park later in the day were not yet out of bed, so the park was filled with youngsters, mostly aged seven and under, able to enjoy the ramps without worrying about being squished by the teenagers.

Little Miss E, my six-year-old daughter, and Little Man O, my 4.5-year-old son, absolutely loved whizzing around on their two-wheeler Micro scooters, while Toddler amused himself sliding up and down one of the ramps.

There were a fair number of dads, trying to recreate their youth and impress their offspring on battered old skateboards… and one Cardiff Daddy getting into the spirit by borrowing Miss E’s pink scooter.

From there, we headed down to the outdoor sporting area. Designed in the shape of the London 2012 Olympic logo, this includes an 18-station outdoor gym, basketball area, football goal, tennis wall and climbing wall. I’ve never seen anyone use this area for its true purpose but my children think it’s fun in any case. 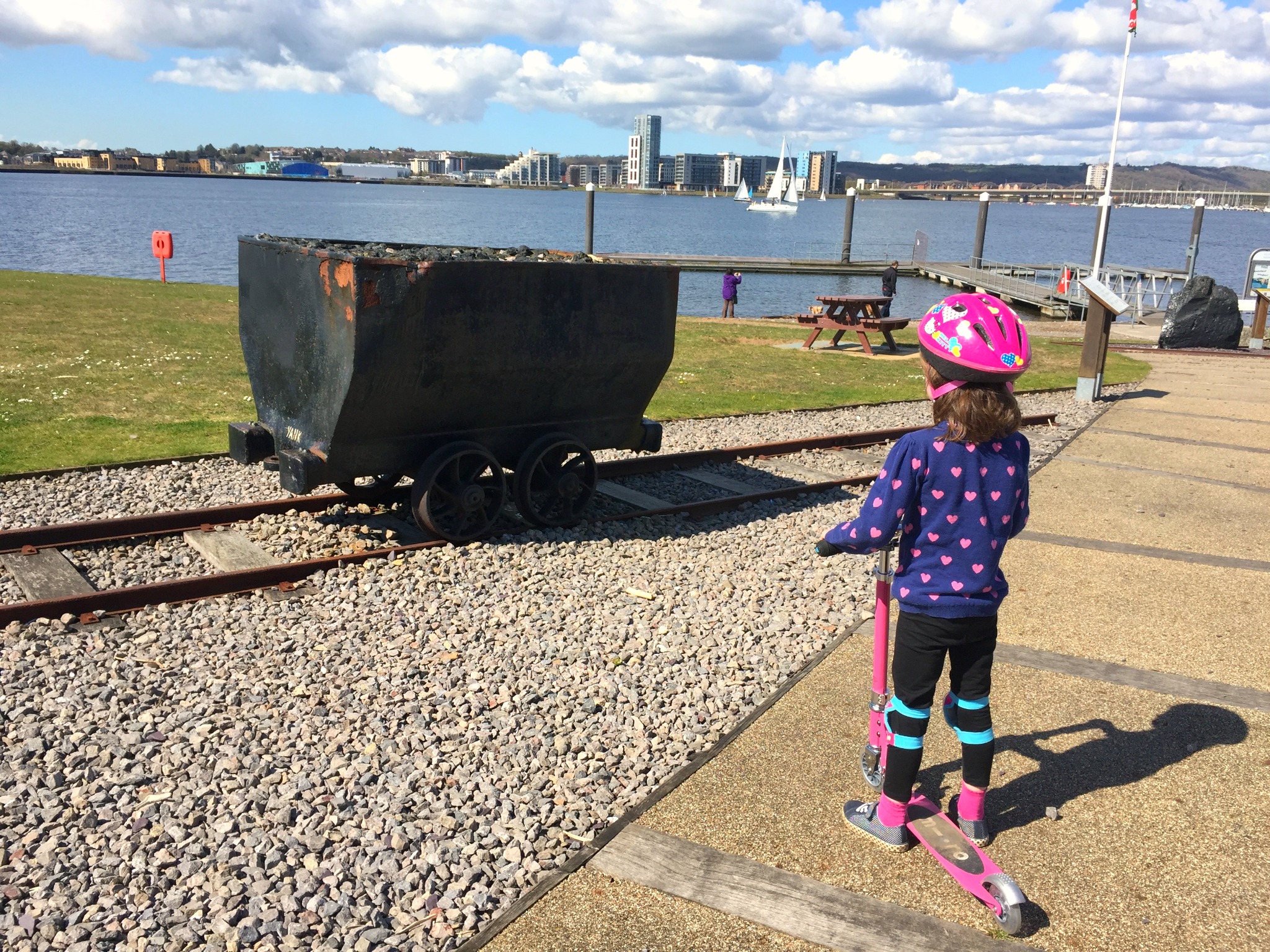 I love that all the attractions on the barrage are interspersed with sculptures and information points detailing the history of the Bay, such as the coal truck and giant piece of coal next to the sports area. My children were full of questions about what they were seeing, so it was a great starting point to talk to them about the history of their city.

All three of my children love the pirate ship-themed playground. When we visited, it was in the middle of two-weeks of repair work, so part of the playground was fenced off, but there was still plenty to enjoy. 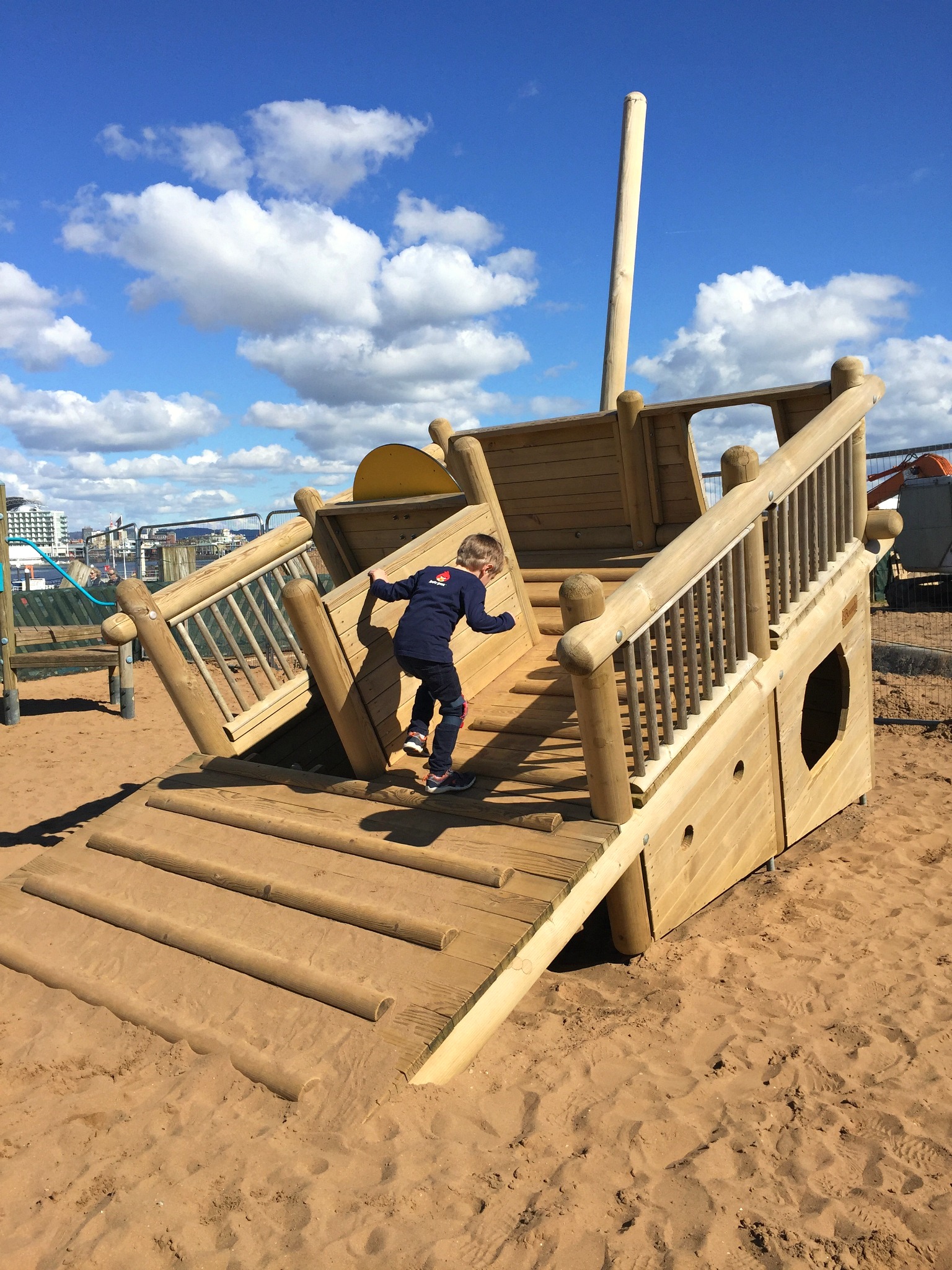 The park is on a base of sand, with wooden boats, climbing nets and walls for both younger and older children to explore.. Miss E and Little Man love the diggers, where they can pick up and dump the sand, while Toddler thought it was hilarious to pick up handfuls and rub it on his head. We cleaned him up best we could after leaving the park, but unsurprisingly were finding sand on him all day. 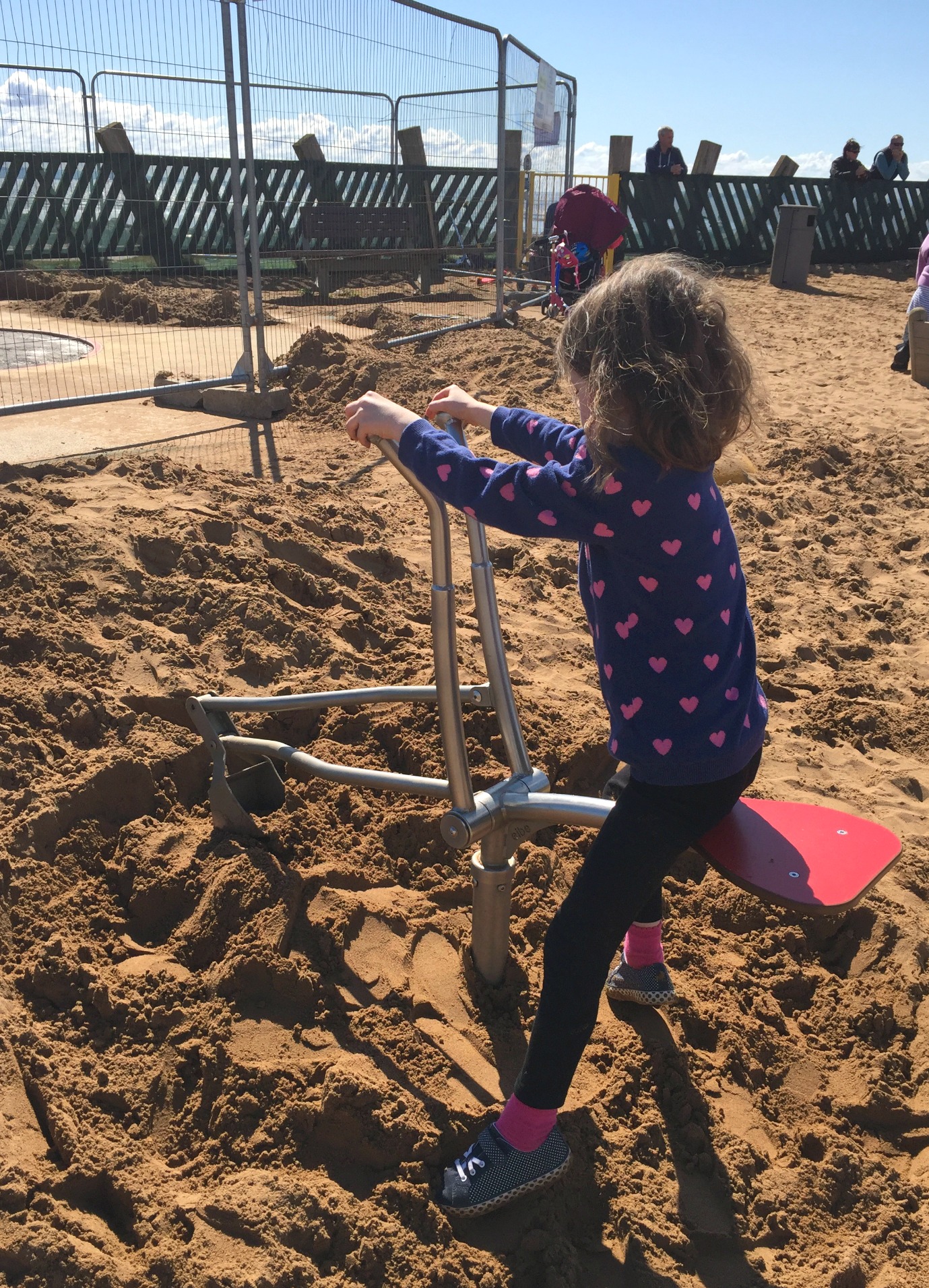 By this point, we’d been on the barrage for around an hour and a half and had barely made it half way across. In fact, we haven’t made it all the way across to Penarth since Little Miss E was in her buggy and we weren’t travelling at toddler pace and having to stop to play along the way. 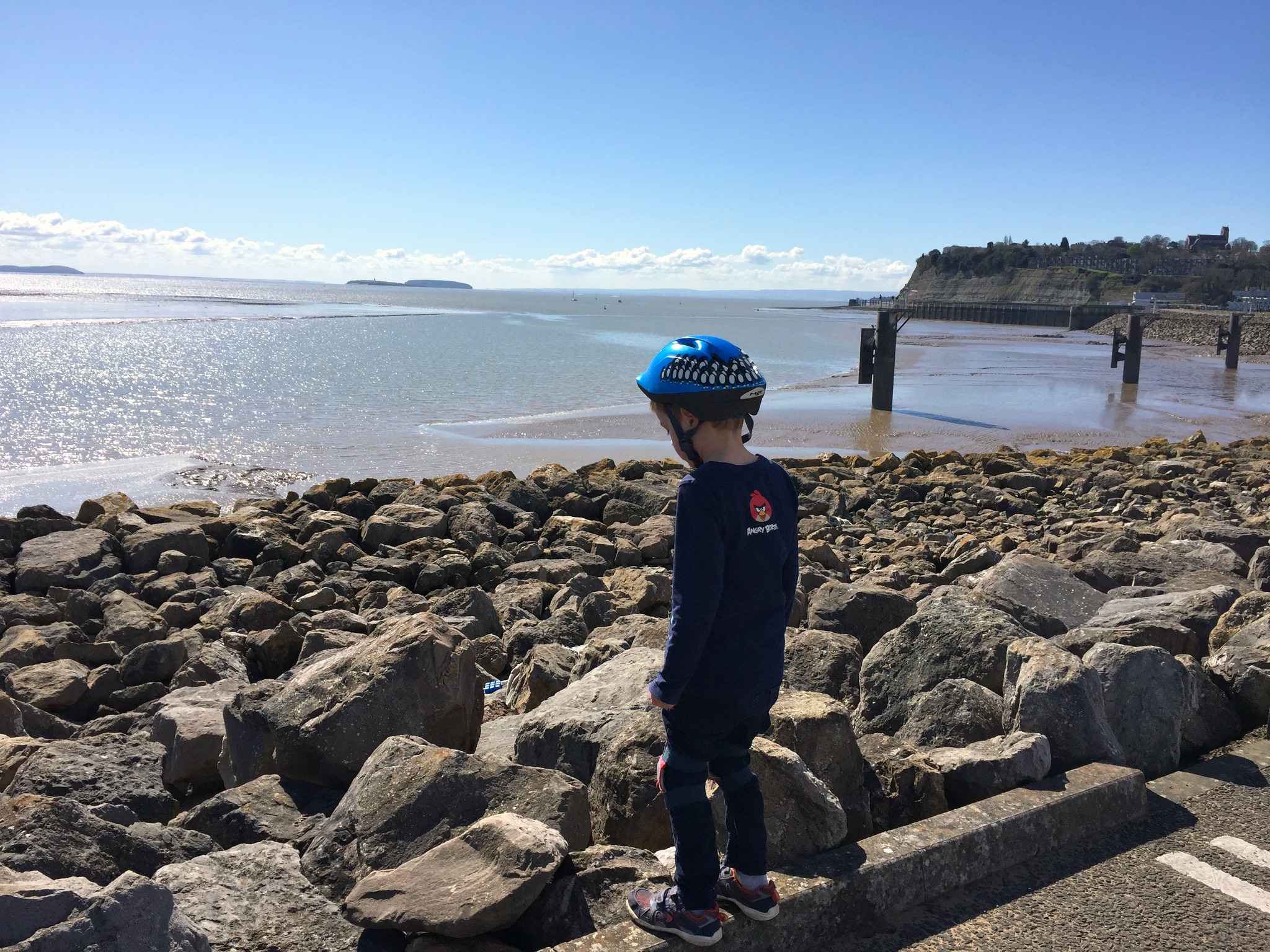 We had somewhere else to be by lunch time so couldn’t stay any longer, but on previous walks across the Barrage, we’ve headed to the Captain Scott Exhibition, which details the 1910 British Antarctic expedition which left from Cardiff Bay. It’s under the large white barrage sails, which are designed to look like a ship’s bow.

We were lucky that the weather was dry, sunny and warm. Later in the day, it was a lot cooler and more overcast – and as the Barrage is so exposed it can get really cold and windy. 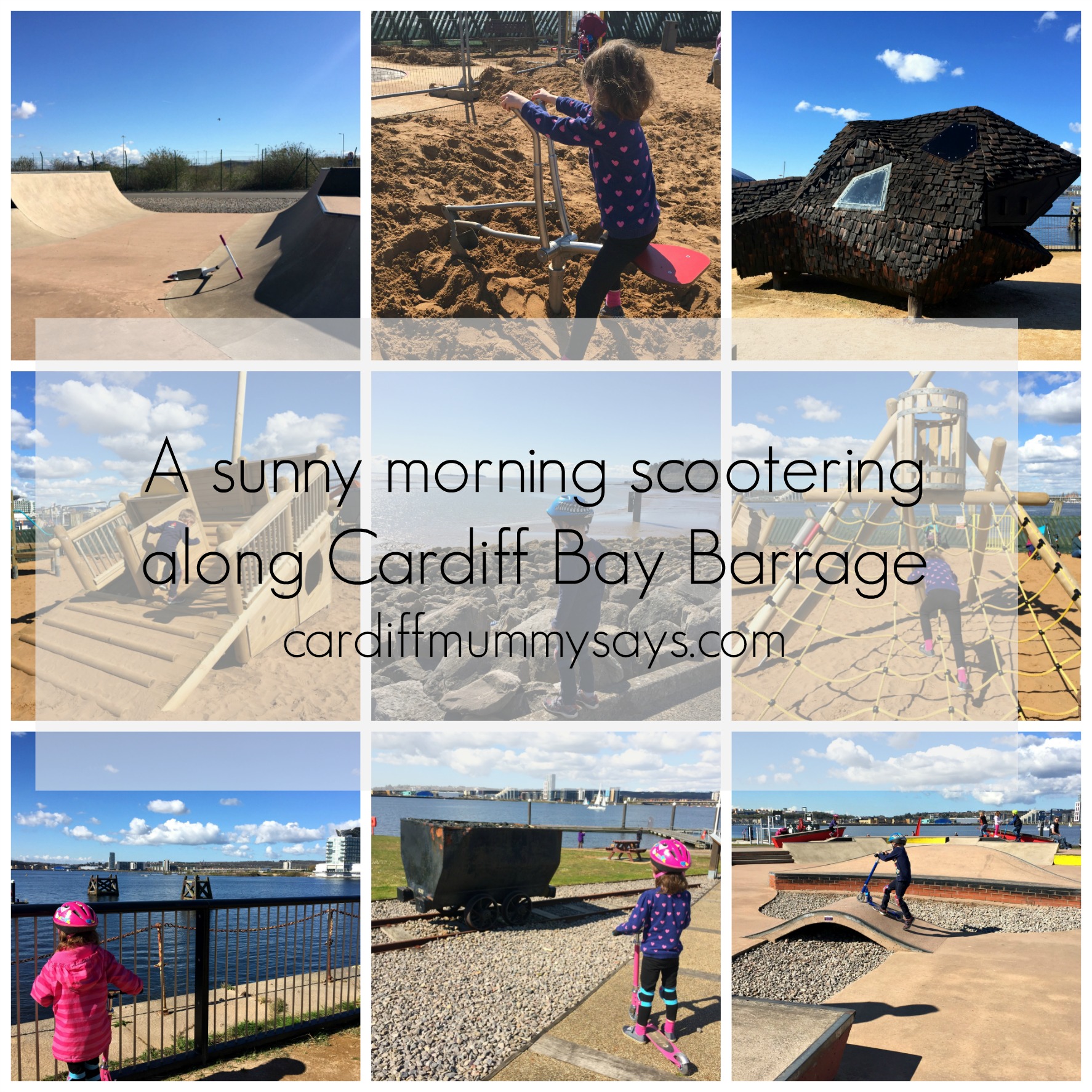 Have you been to Cardiff Bay Barrage with your family? Any recommendations for other Cardiff Mummy Says readers thinking of visiting? Do let me know in the comments section below, by tweeting me on @cardiffmummy or on the Cardiff Mummy Says Facebook page.

For more ideas of local days out and events, visit the Cardiff section of Cardiff Mummy Says.