Paid collaboration with Visit the Vale

Last weekend we were running around Barry Island in the blazing sun taking part in the 10K and family 2K races for Ty Hafan and enjoying all the family entertainment on offer in the seaside town.

Today we were back on the famous Welsh promenade of my hometown watching magic tricks and street theatre – thankfully all taking place under the shelters helping us to escape from the rain.

The weather might be completely different this weekend to last but both events are part of Barry Island Weekenders. This is an annual series of summer events that offer free entertainment to visitors with a different theme each week. Last year’s Weekenders attracted more than 43,000 visitors. 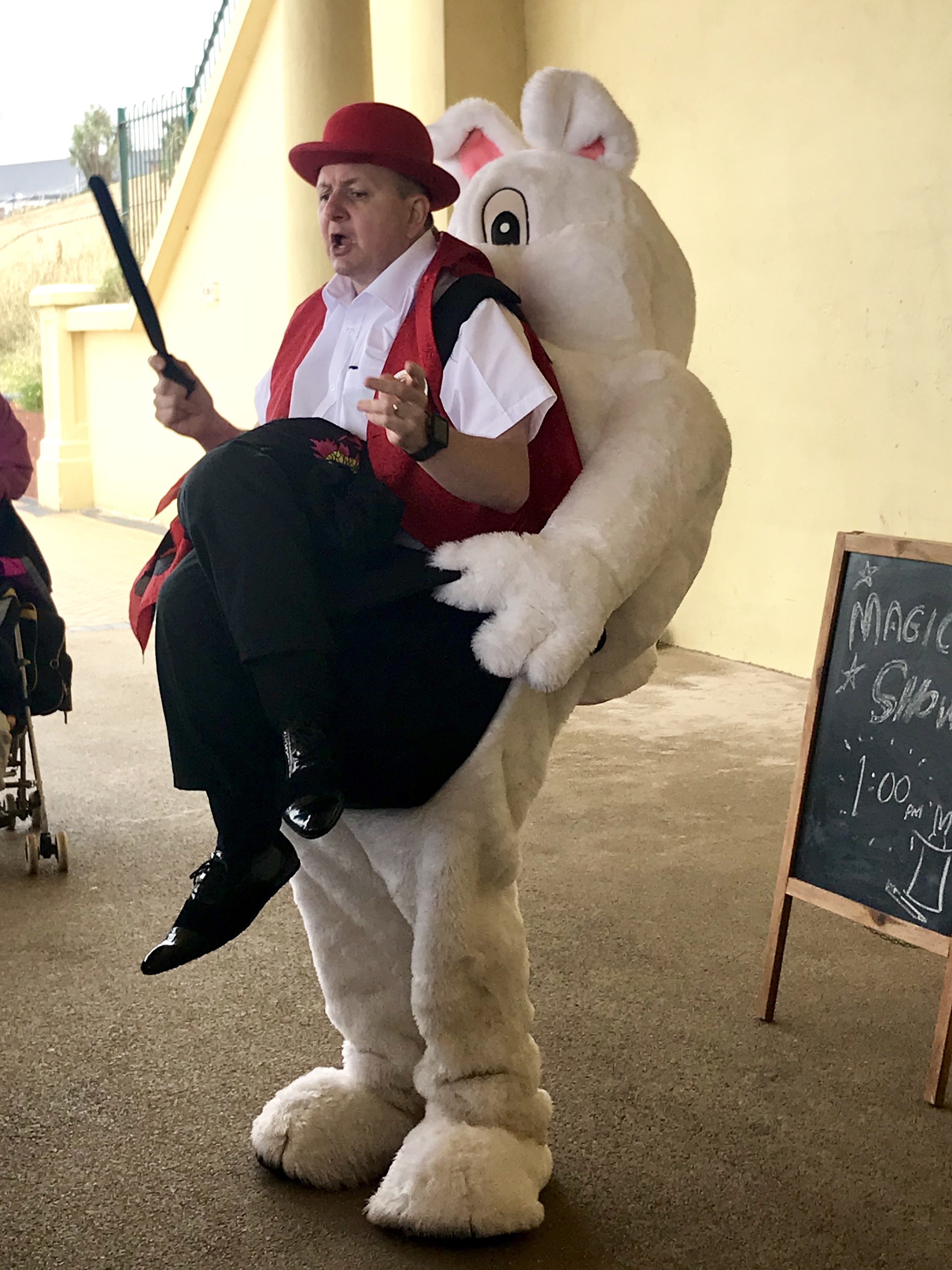 The Street Magic and Theatre Weekender we attended today continues tomorrow with entertainment at intervals from 12pm-5pm. The weekend of 18 and 19 August sees Barry Breakout Weekender celebrating hip hop with dancers, DJs and MCs; and 25 and 26 August is Cinema by the Sea with open air screenings of ET: The Extra Terrestrial on Saturday and The Greatest Showman on Sunday, both at 8.30pm.

Despite the weather we had a great time today. It was really lovely to have a wet weather option that wasn’t overcrowded and that also didn’t cost a fortune. Yes, we needed to dress up warm but the sea air was really refreshing and just what we all needed. 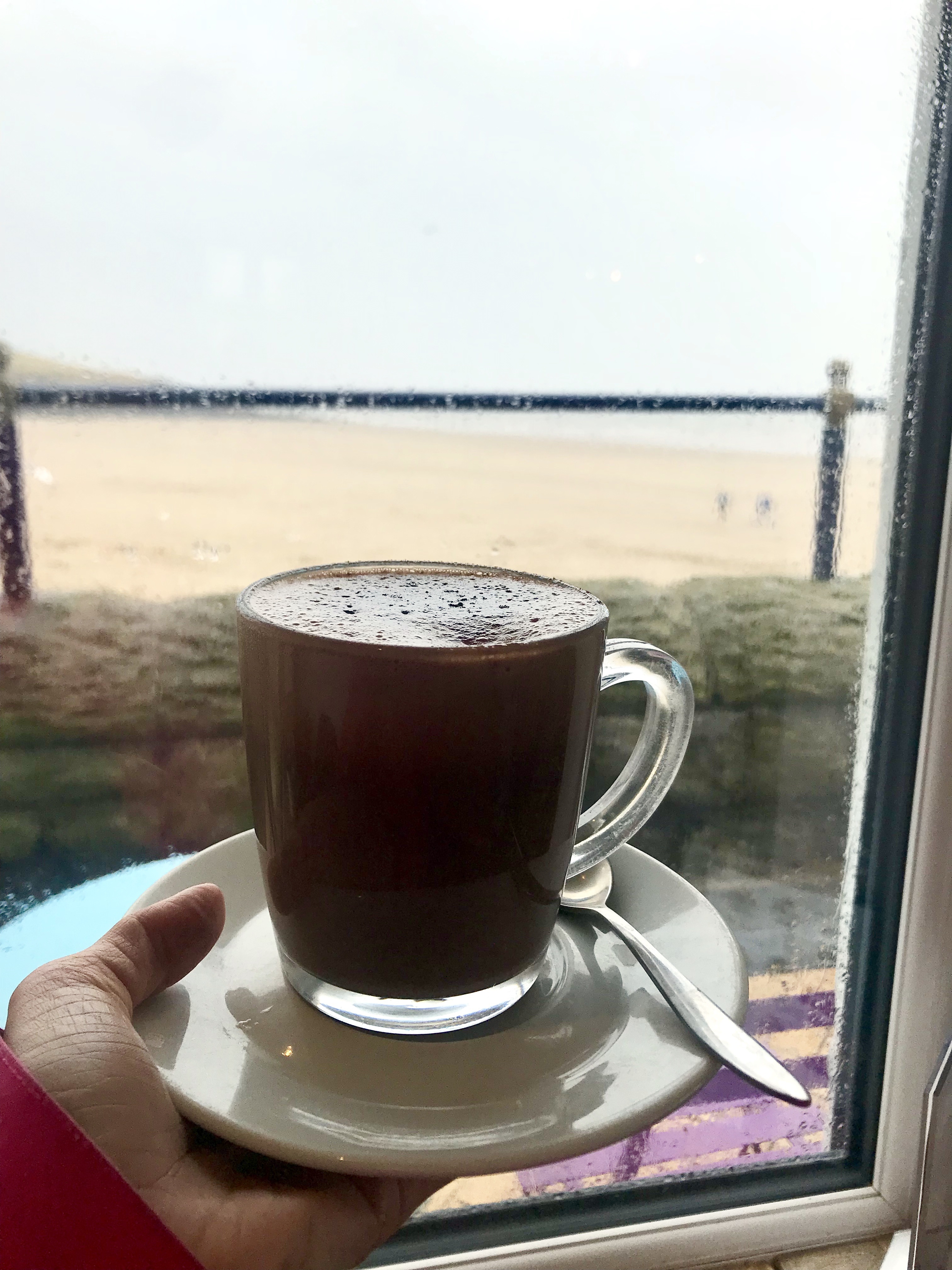 We paid £6 to park all day at the pay and display car park behind the funfair and £10 on a round of hot chocolates to warm up between the shows in Bay 5, the lovely coffee shop on the promenade. You could combine with fish and chips or lunch in one of the many cafes or playing on the 2p machines in the amusement arcades. The funfair was open although we didn’t venture inside today. We also saw braver people than us running around on the beach in their bathing suits. 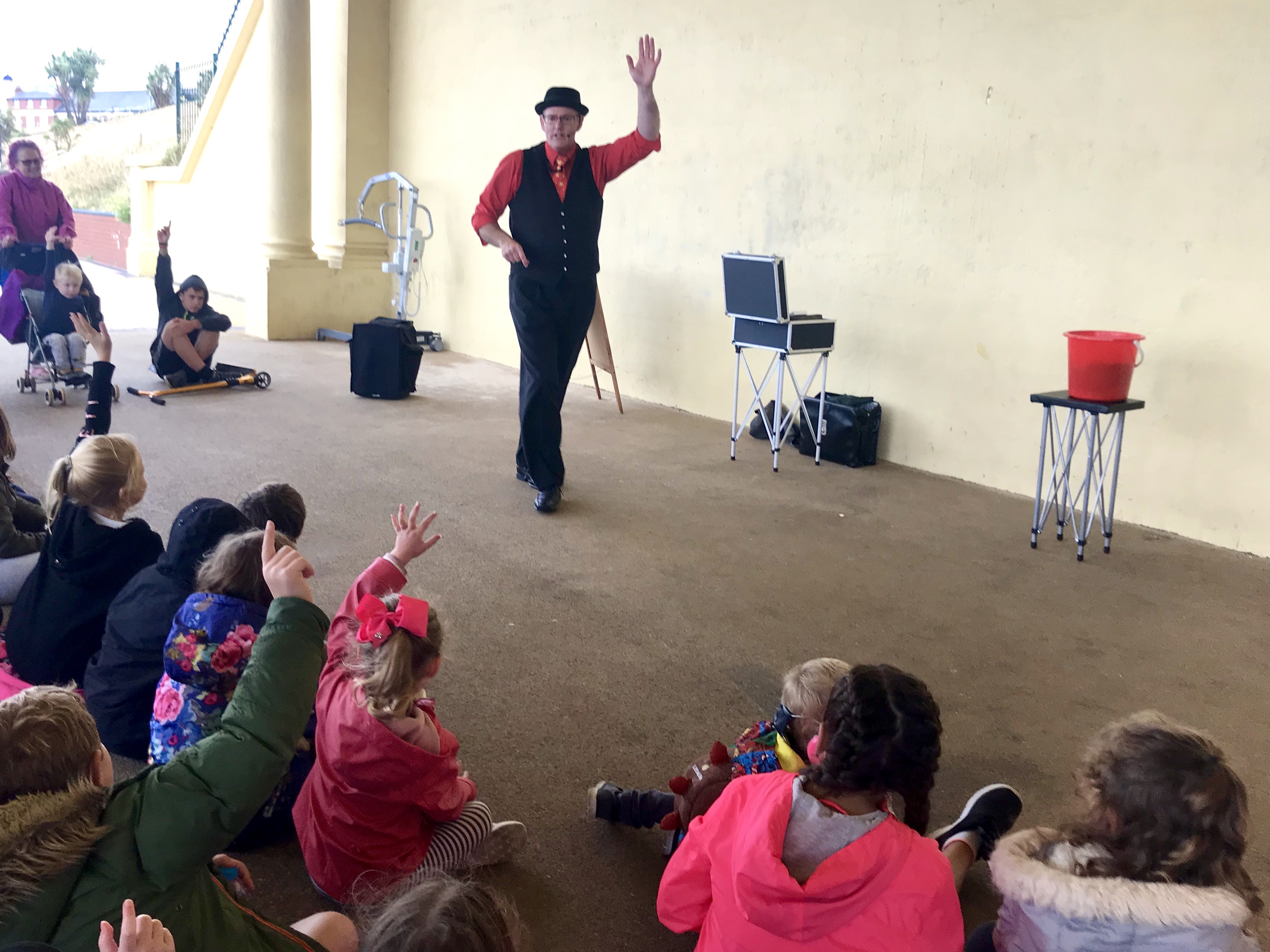 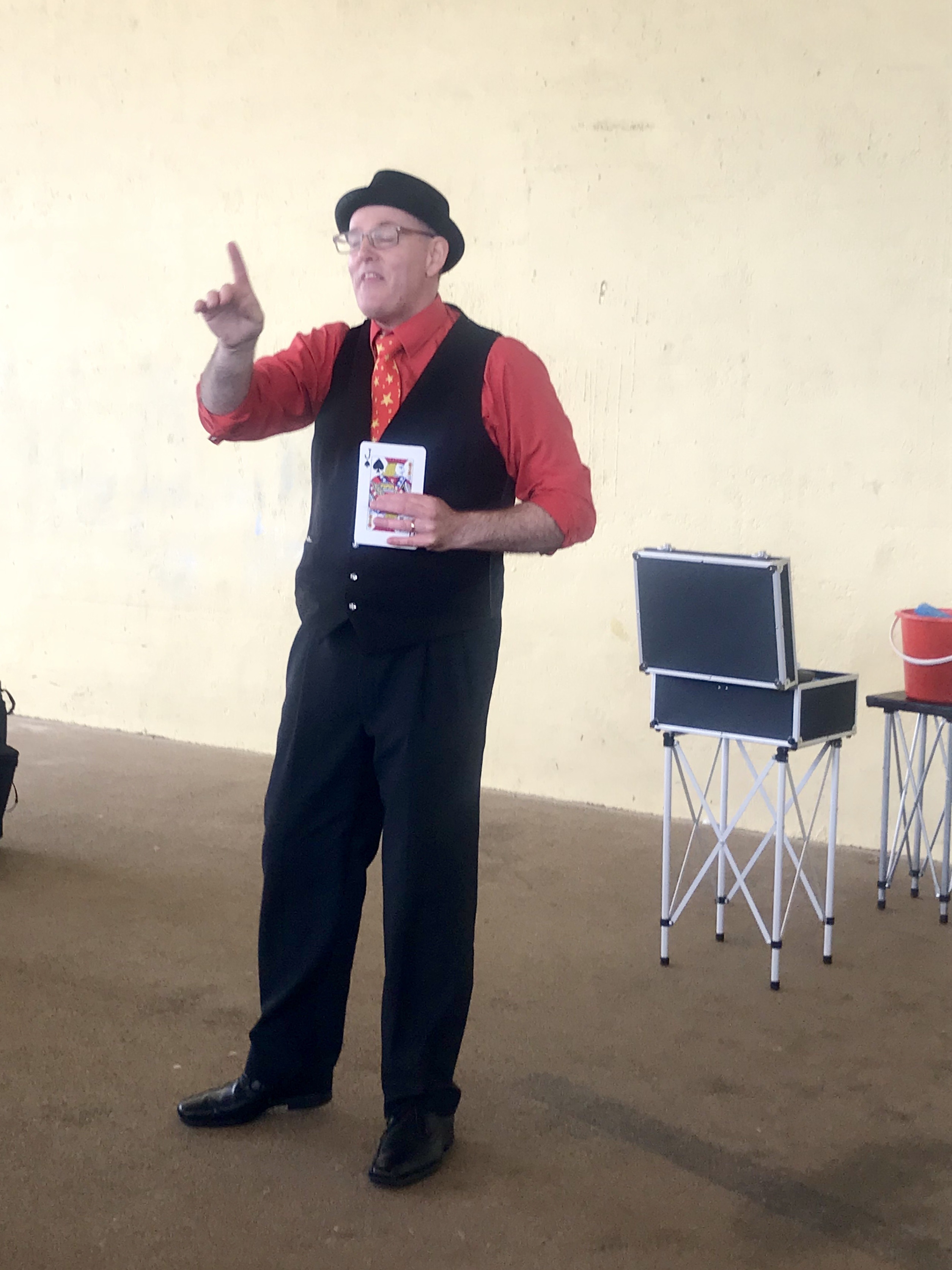 When we arrived at around 1pm Simon Sparkles was just about to begin a half-hour show. The magician is a real favourite on the Cardiff children’s birthday party scene. My children have seen him several times and always love his magic act. They find him hilarious and are always in awe of his tricks.

He did a few tricks we hadn’t seen before plus a couple of old favourites. As always there was plenty of audience involvement with various children chosen to assist with the tricks. Cardiff Daddy even found himself in the midst of the action as part of a magic tricks involving fizzy cans of soft drinks. 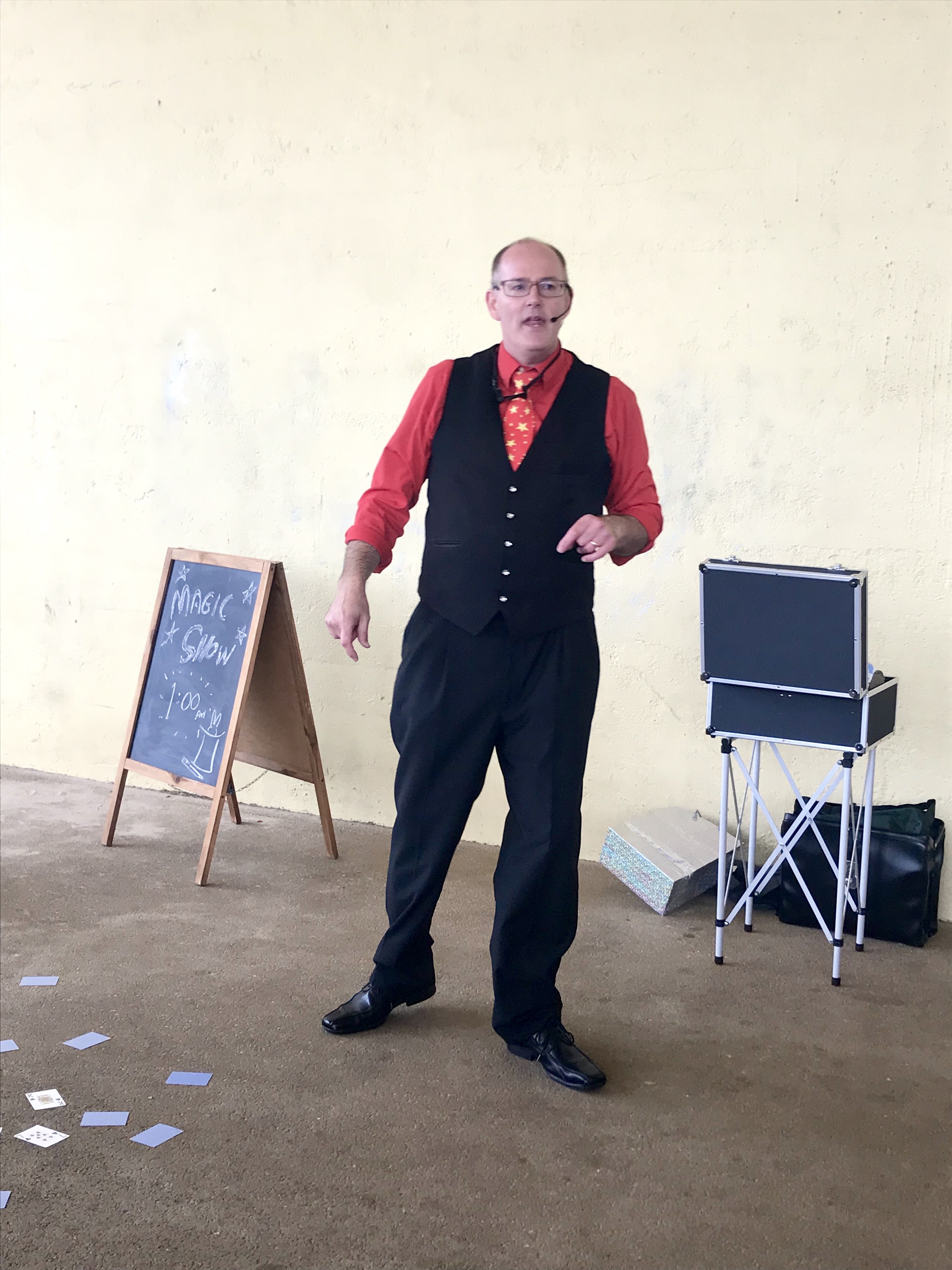 He also found himself up on stage again during a fantastic routine from Circo Rum Ba Ba involving acrobatics, fire sticks and plate spinning. None of the performers there knew we were reviewing – the Circo Rum Ba Ba ladies told us at the end they chose Cardiff Daddy because of his smiling face. This time he ended up being the base in a human pyramid while two of the acrobats balanced on him. He tells me he was thankful he managed to stay in place and didn’t come crashing down! 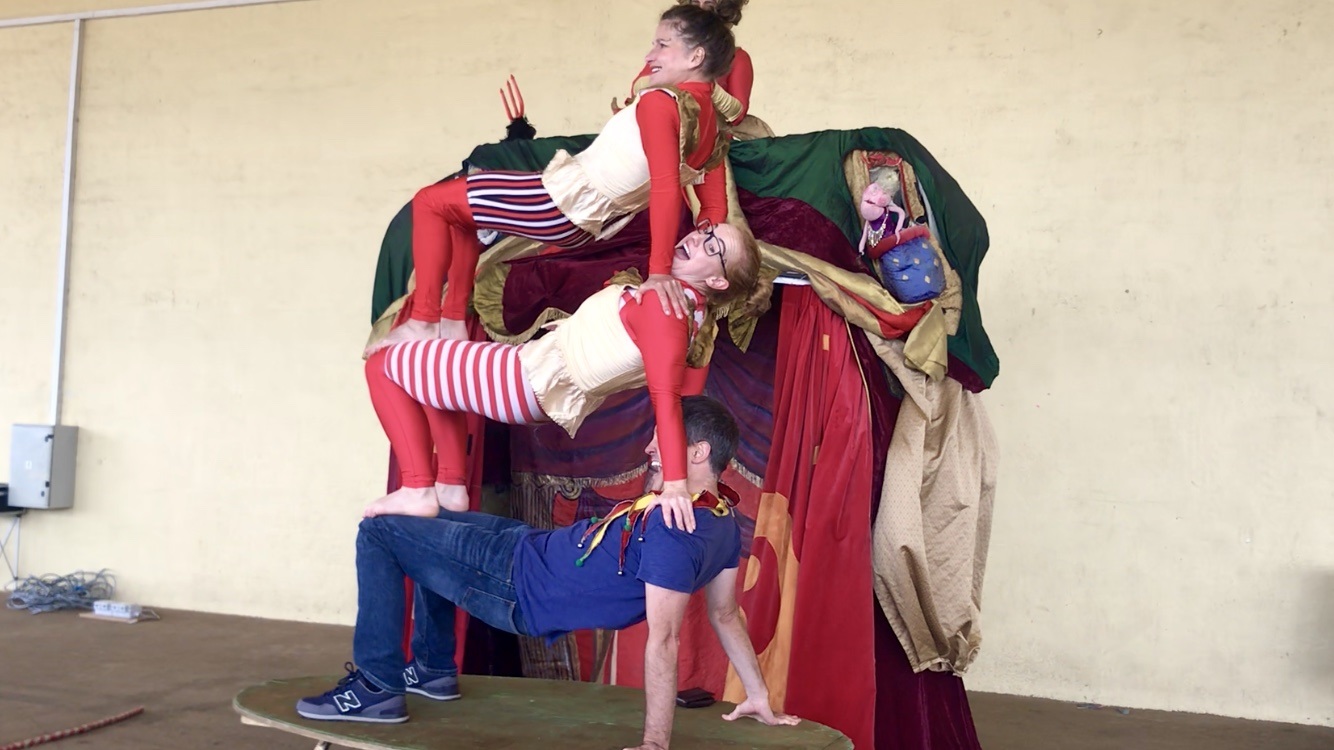 Circo Rum Ba Ba were brilliantly quirky. One performer acted as a compere, stood inside the top of a huge skirt from which the two other performers emerged. They had such charisma, wonderful facial expressions and were so enthusiastic it was difficult not to become completely immersed in their show. 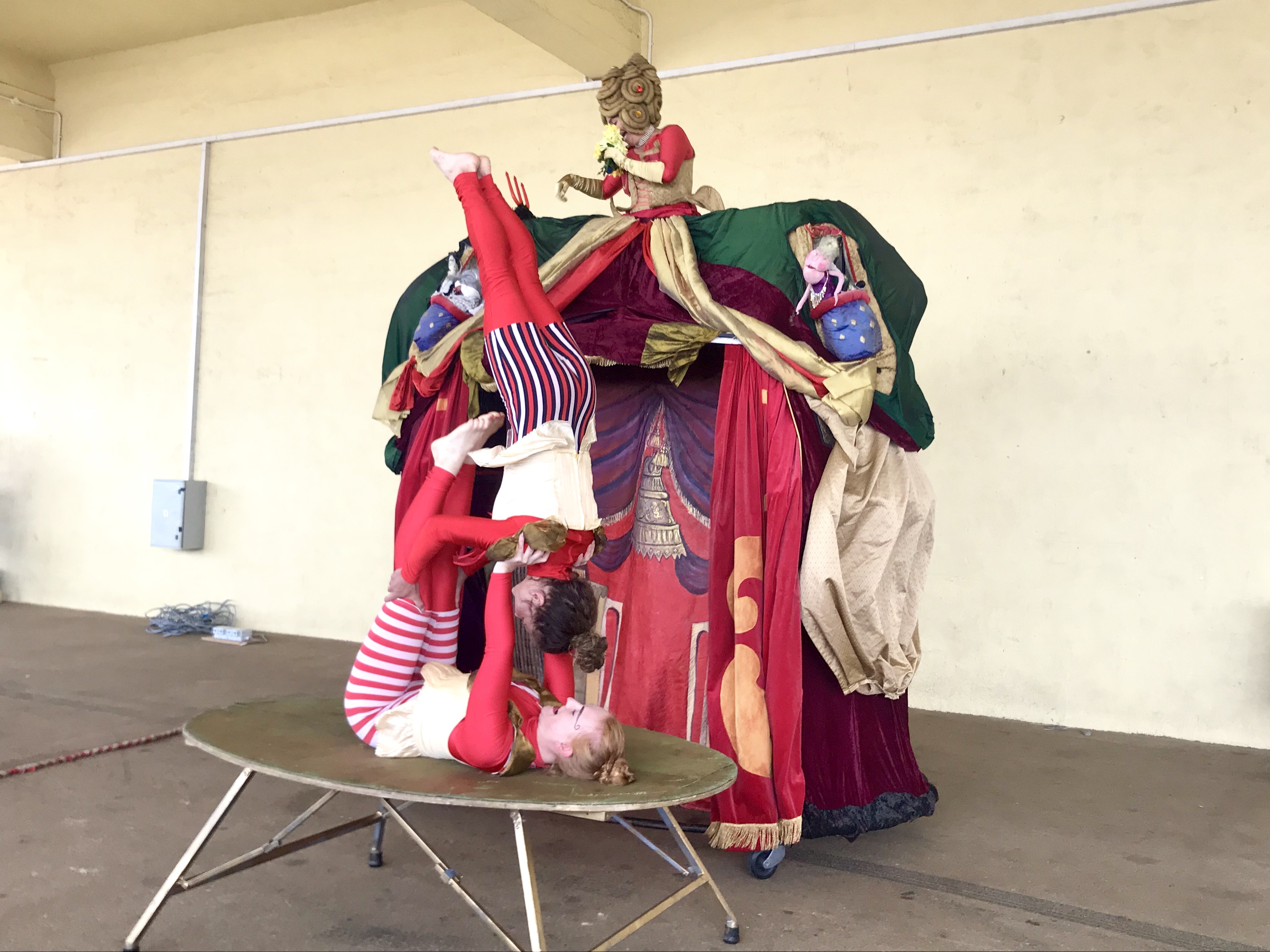 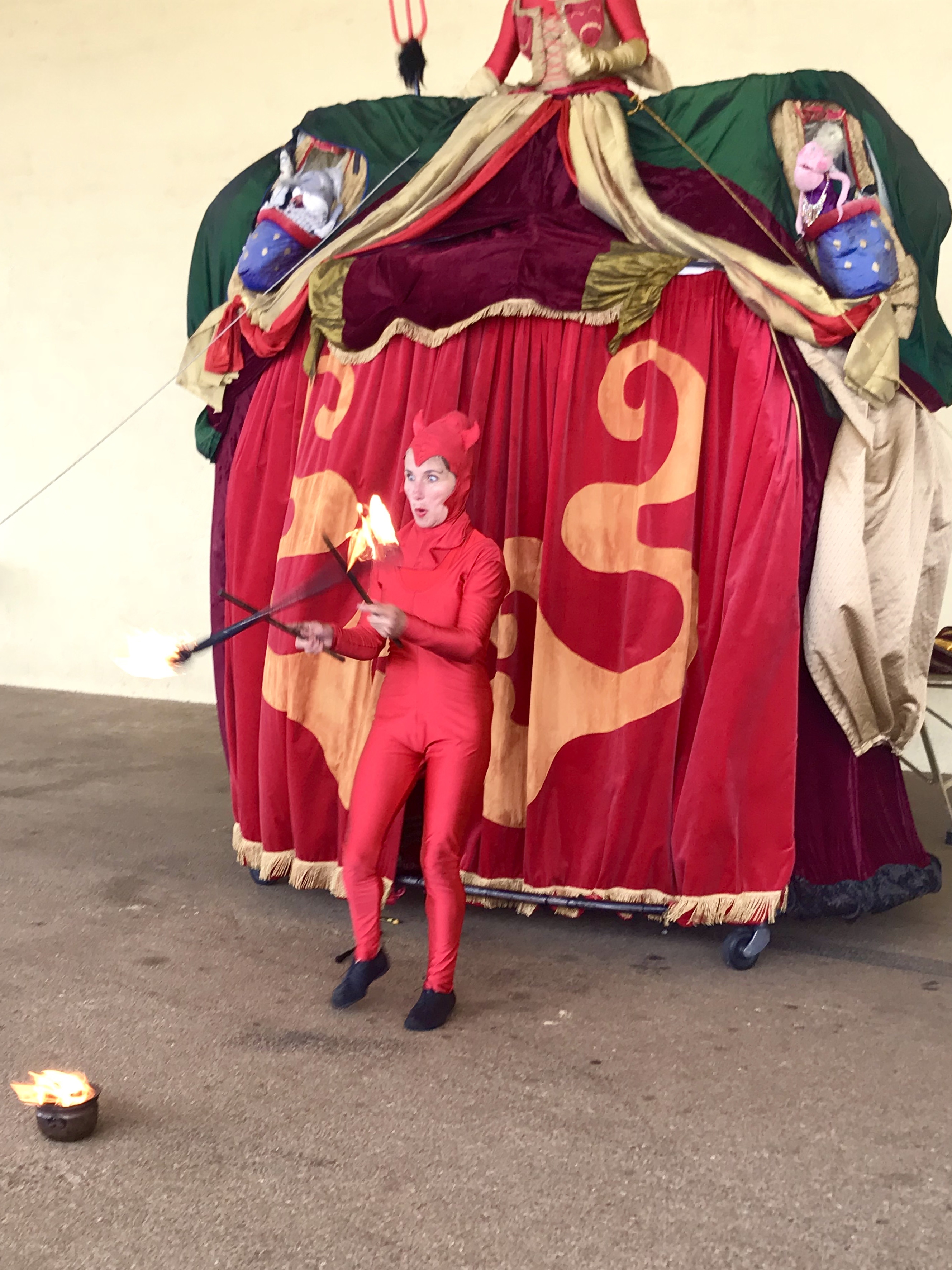 Sadly the weather meant that one of the outdoor performances had to be cancelled and the timings of the others was subject to change – worth bearing in mind if you are planning on attending tomorrow or future weekends. We saw Simon Sparkles and Circo Rum Ba Ba each perform twice – although my children didn’t seem to mind that the shows were the same. They are always so impressed with magic tricks and anything with a sense of danger such as the fire sticks and plate spinning that they were equally impressed second time as first.

It was a shame the weather altered the planned events but we still had a fantastic few hours at Barry Island – and didn’t need to spend a fortune either.