Taking pride of place on my kitchen windowsill right now are these three gorgeous flower-pots, hand decorated by my children.

They are so proud of their creations, made by them this morning at a Little Green Fingers workshop at Pugh’s Garden Village in Radyr, Cardiff.

In the space of a 45-minute workshop, they not only decorated these pots and chose which plants they wanted to place inside, but they also made some St David’s Day cards, featuring daffodils on the front. 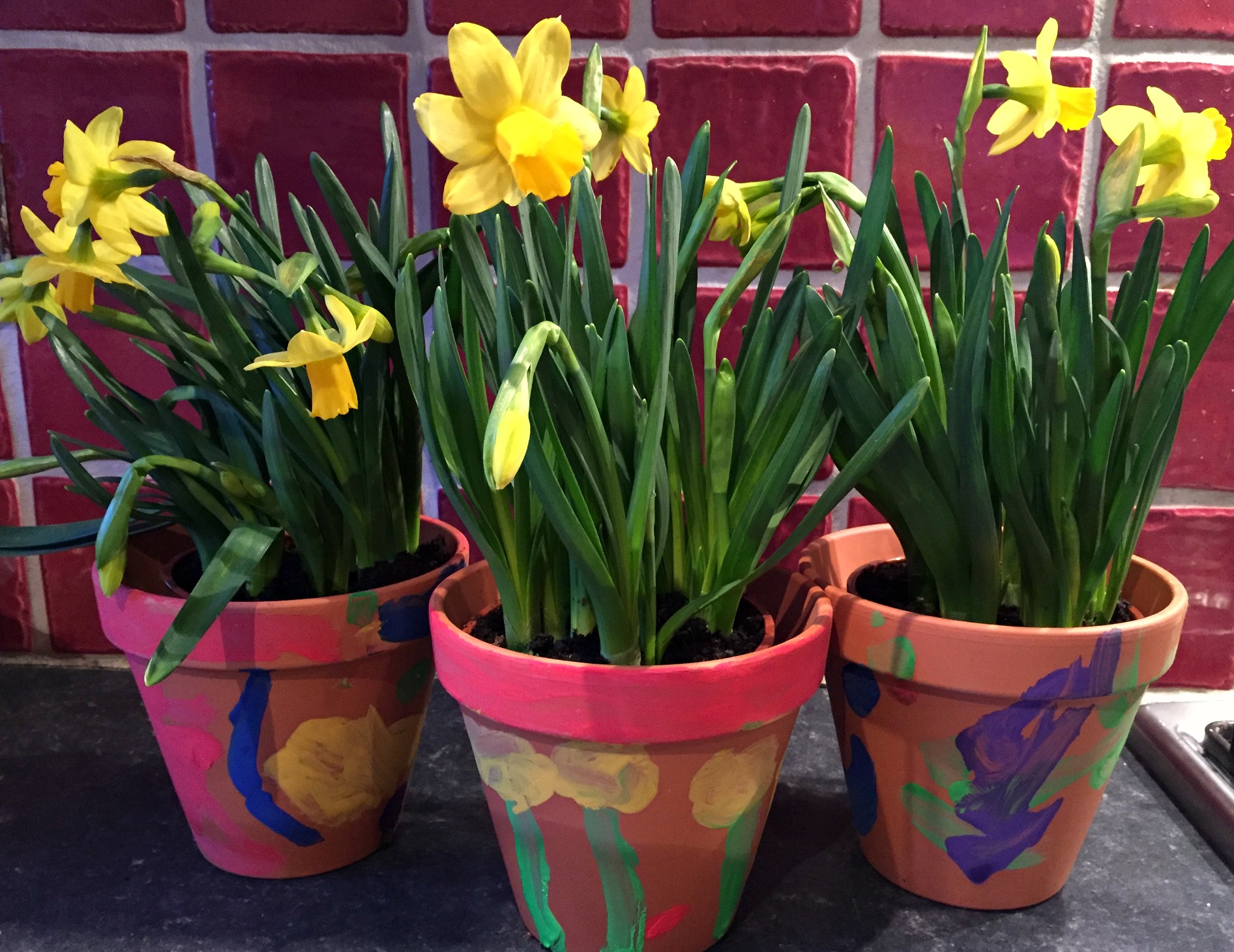 We’ve been wanting to go along for a while and finally got our chance today, as guests of Pugh’s.

We had a great time, and highly recommend the workshops to other families looking for a fun activity that helps children connect to nature.

The theme of today’s session was Go Potty – and the main activity was to decorate a plant pot. The 25 or so children in our session (which was one of five taking place today. with another five tomorrow) could either choose to Go Potty for Wales, in honour of St David’s Day on Tuesday 1st March, or to Go Potty for Mum, in celebration of Mother’s Day on Sunday 6th March.

Little Miss E, my six-year-old daughter, and Little Man O, my four-year-old son, both opted for the Wales theme. Their little brother, Toddler Boy I, who turns two next month, didn’t seem bothered either way, so the other two decided he might as well follow suit with the Welsh option.

The workshop today was run by Denise Leech, who has just joined Pugh’s in their new role of workshop co-ordinator. With a background in teaching young children as well as horticulture, Denise has a great way with the young children, very patient and kind. 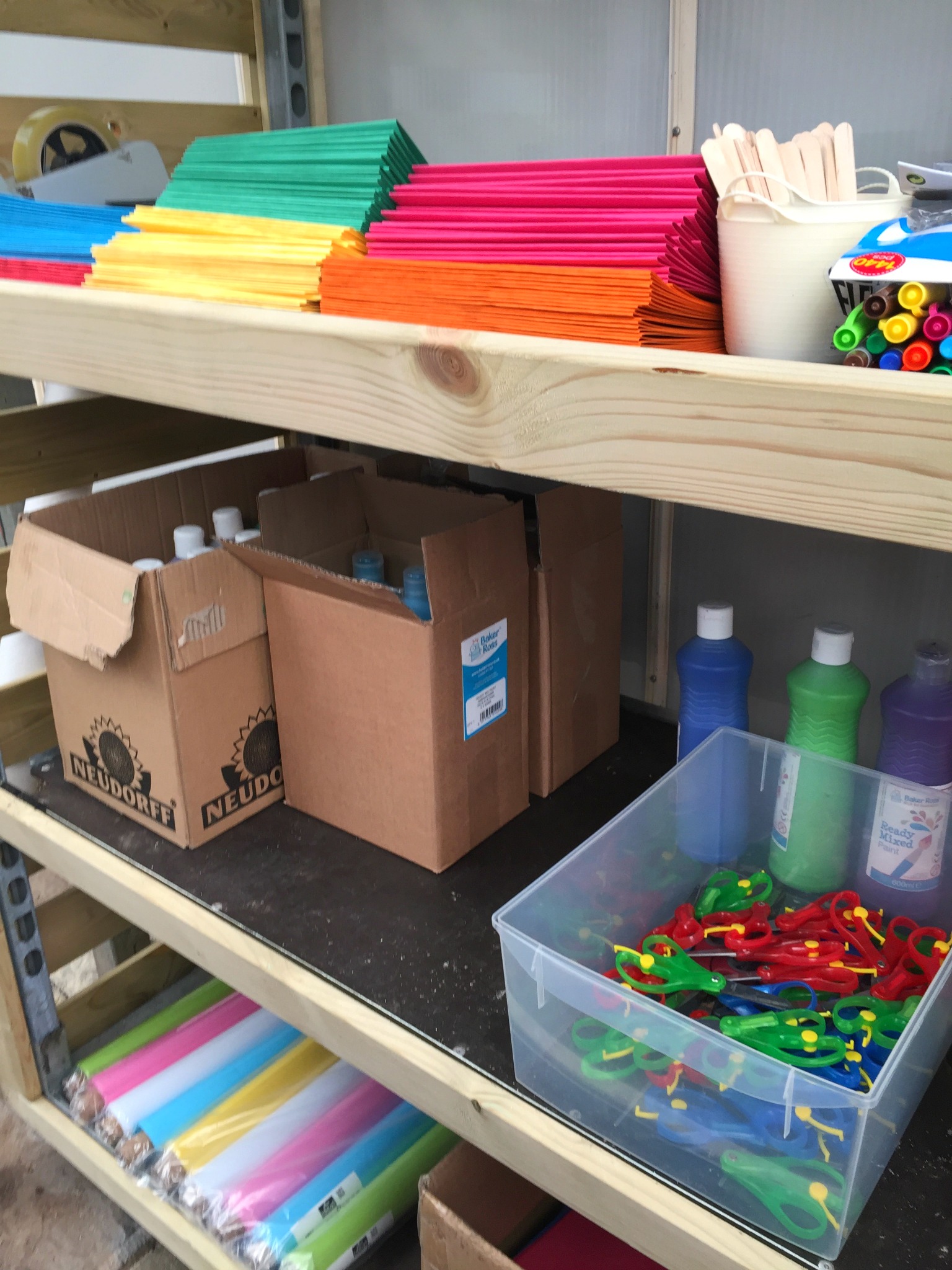 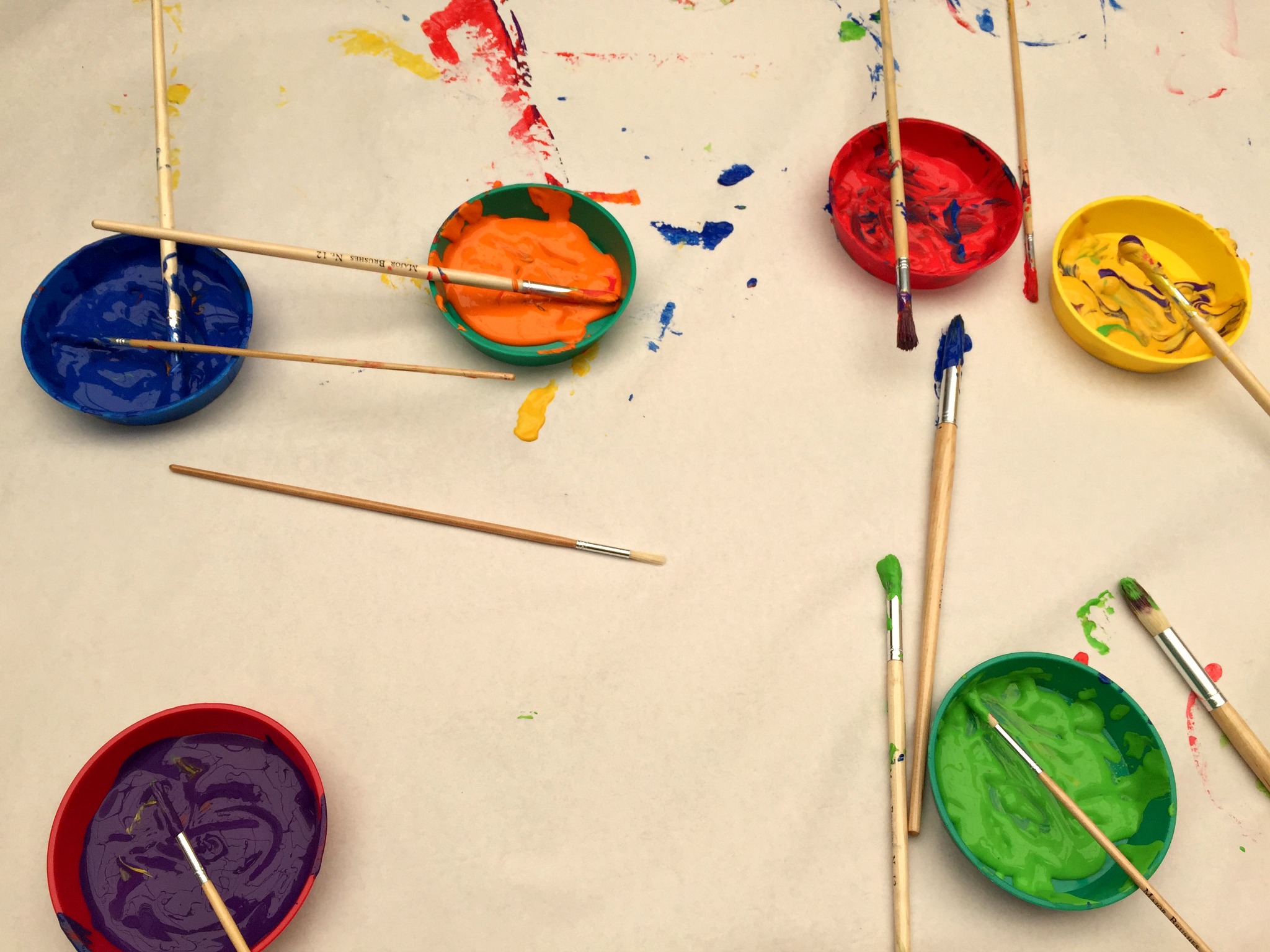 With paints in the centre of each of the three tables, children were instructed to try their best to keep one brush per colour and not to mix the colours too much. I was impressed by how well the eight or so children on our table managed to do this, patiently waiting for a brush to become free in their chosen colour – although perhaps a few more paintbrushes would have helped. 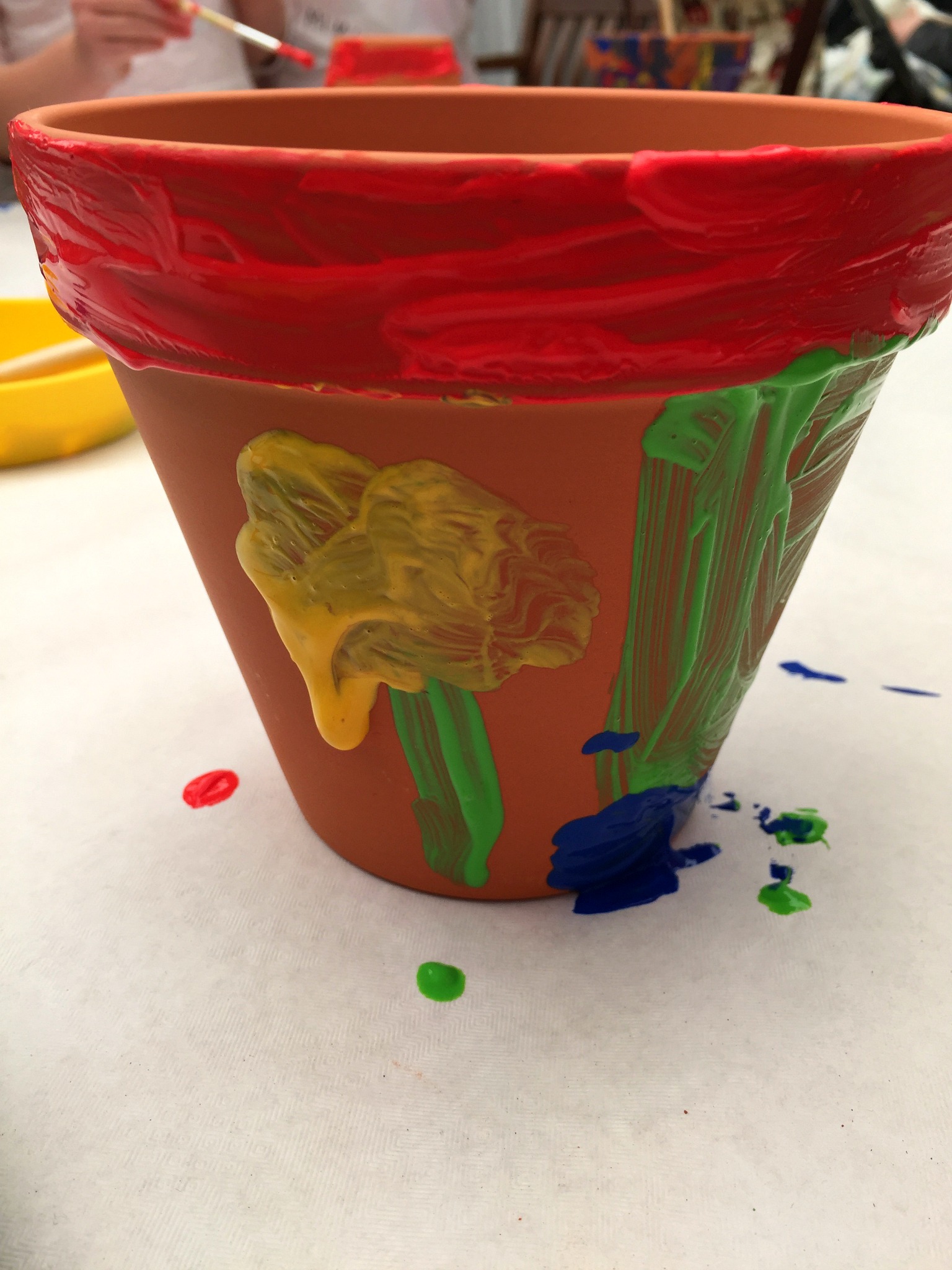 I was so impressed at Little Miss E’s attempts to paint a daffodil. She had a real concept of how she wanted her pot to look and worked hard to complete it. Little Man’s pot featured a (very surreal) red dragon. At 23 months of age, Toddler is slightly too young to get the most out of this kind of workshop – but being the youngest of three, he often finds himself tagging along with his big brother and sister. He splodged a few different colours onto his pot before losing interest and wanting to run off around the garden centre, but it’s lovely to have a creation by him, as well as the other two. 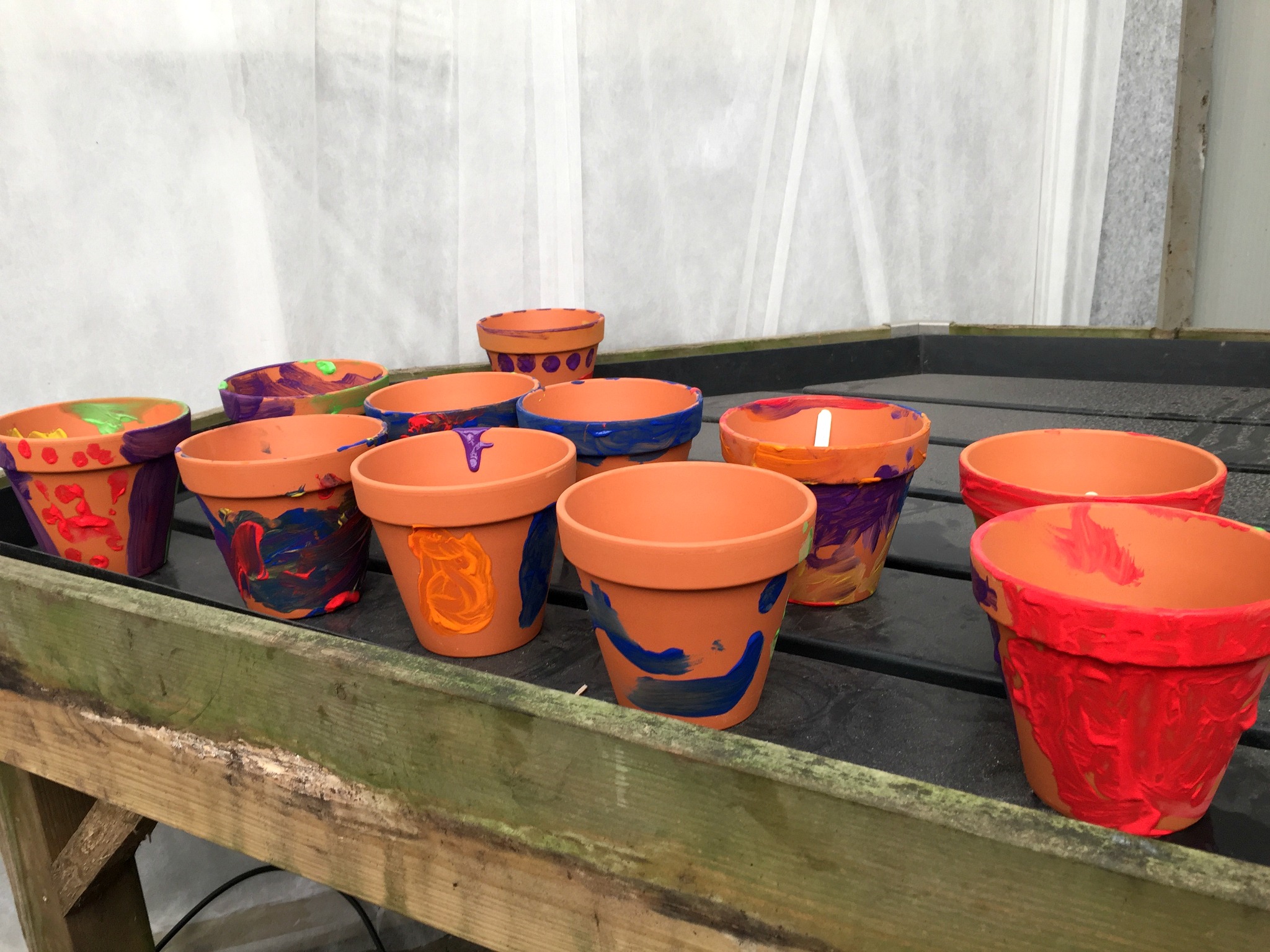 The pots were left to dry under a heater at the back of the workshop space, with the children then getting started on their cards. Again, the choice was between Mother’s Day and St David’s Day, with tissue paper circles being used to create flowers. My big two opted for daffodils and did a great job of sticking down the circles and ruffling them up to create flowers with very little help from me. 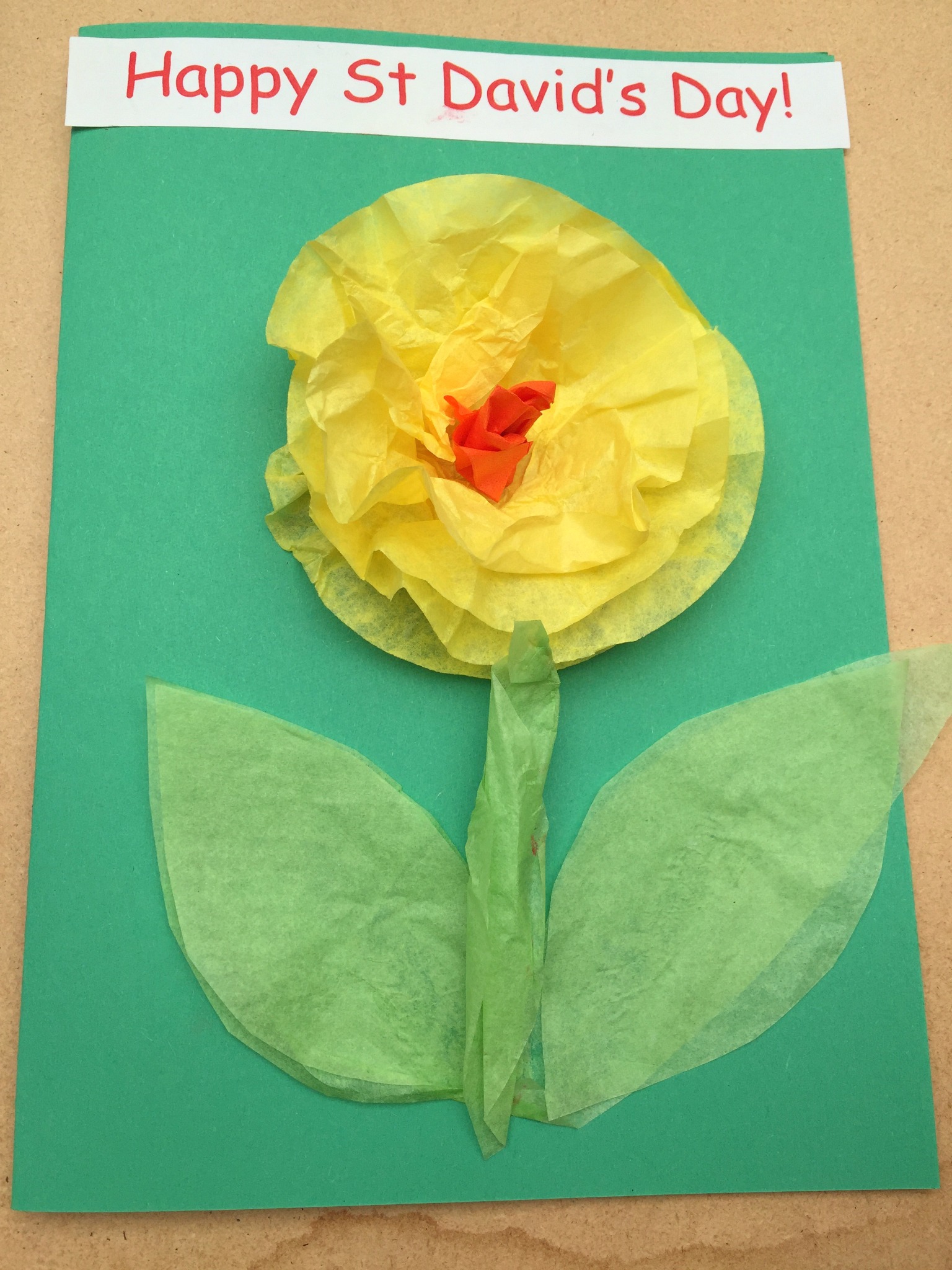 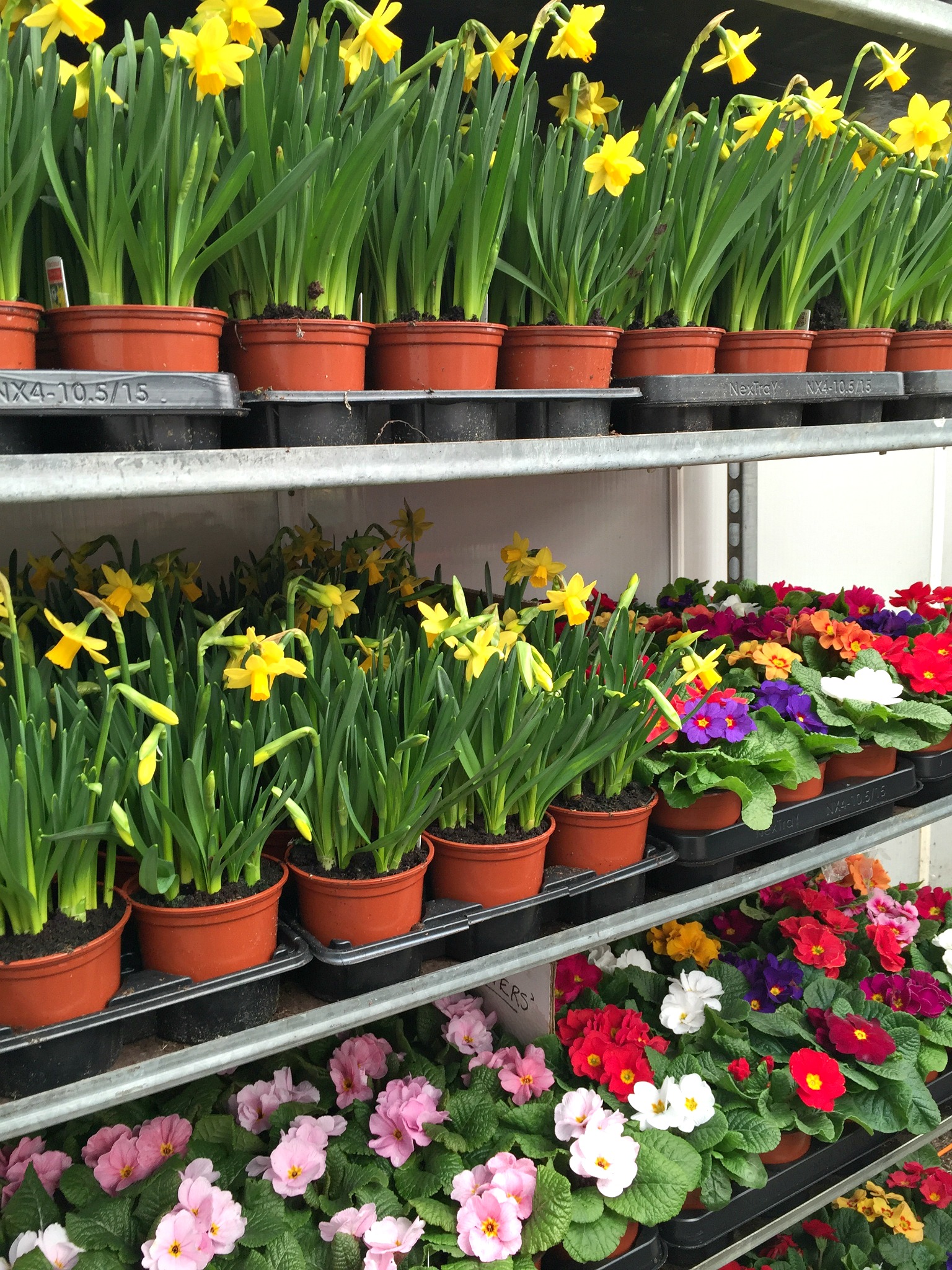 At the end of the workshop, the children could choose daffodils or primroses to go in their pots, which were placed in brown paper bags to prevent any not-quite-dry paint from staining on the journey home. The paint used was regular washable poster paint, but Denise explained that coating it with PVA glue would help protect it, should people wish to keep the pots outside.

If you have time, I’d also recommend a browse around the garden centre itself. As well as plants, the homeware and gardenware is lovely. There’s also a good-sized cafe area and toilets. 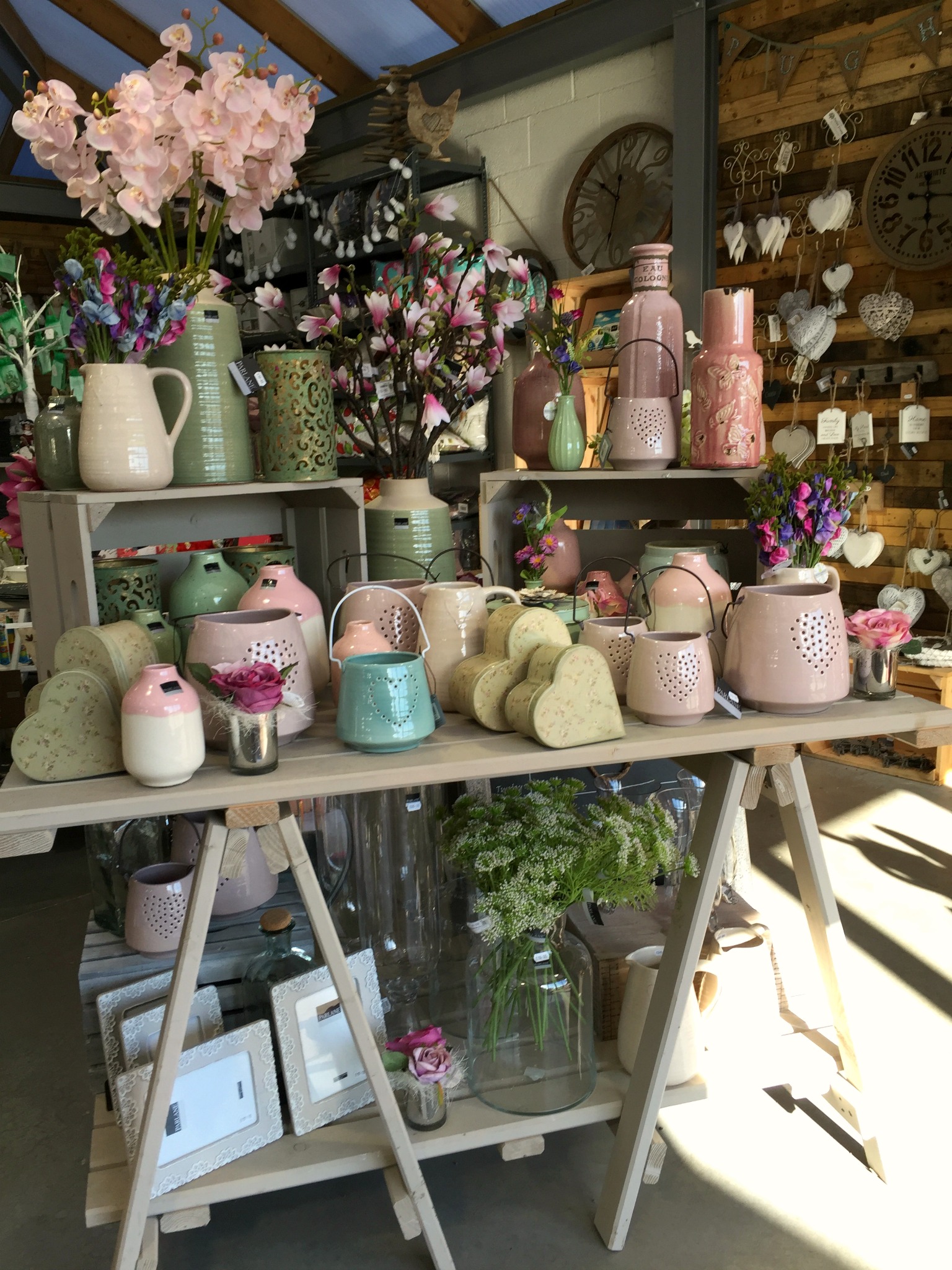 The workshops are 45-minutes, but you could also combine it with a trip to Fforest Fawr Sculture Trail, Mountain View Ranch or Castell Coch, all of which are a 5-10 minute drive away.

Pugh’s Garden Village Radyr will host its Easter-themed Ready Eggy Go workshops on 26th and 28th March, priced £6 per child. My 1st Veggie Patch sessions will be held on 6th and 7th April, priced £5 per child. Events sell out quickly so advance booking is recommended.

Have you attended a Little Green Fingers workshop at Pugh’s? Do let me know in the comments section below, by tweeting me on @cardiffmummy or joining in the discussion on the Cardiff Mummy Says Facebook page. 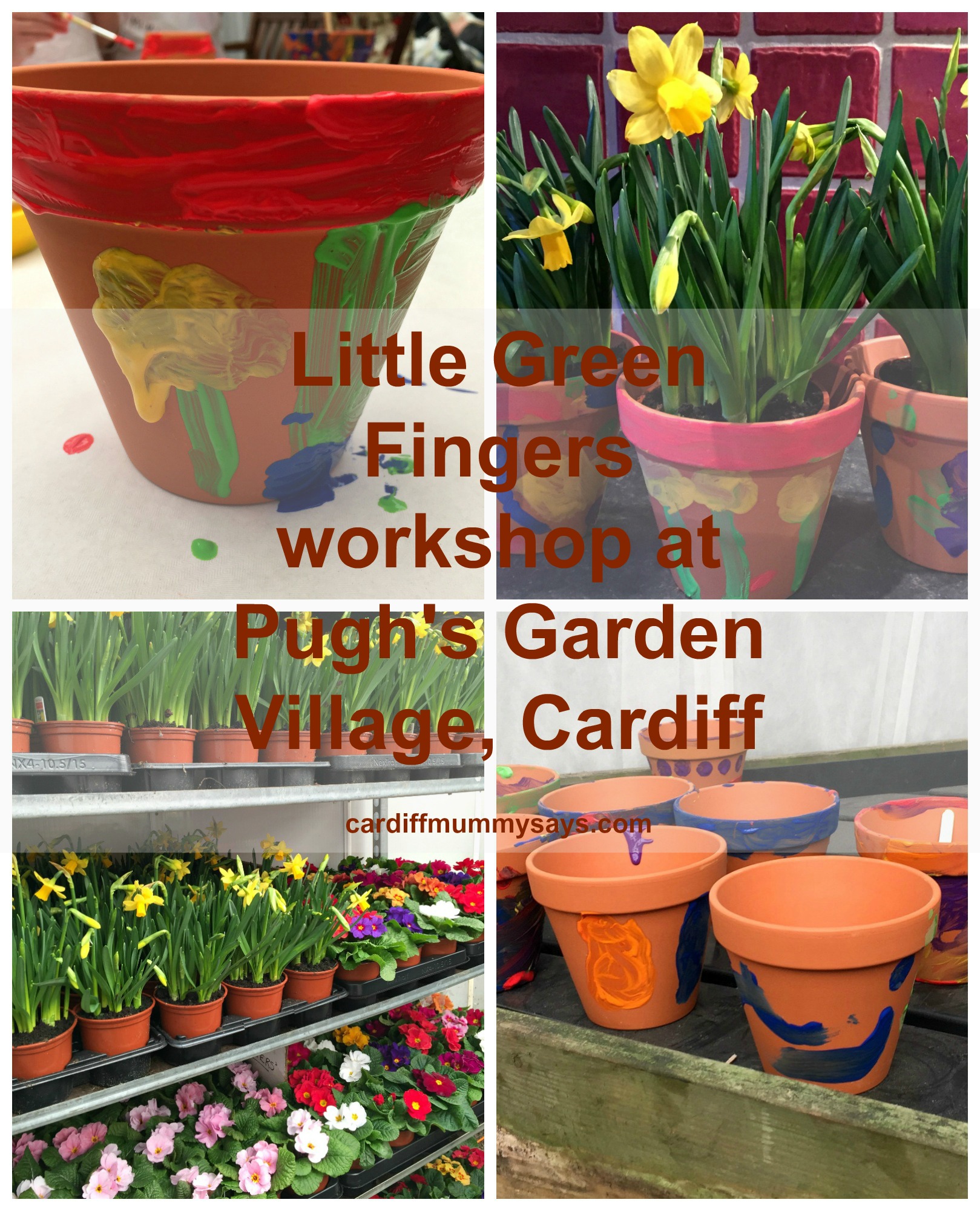