I know I’m Cardiff Mummy but I grew up in Barry and a big piece of my heart will always be there. So when my children said the thing they most wanted to do this week was to go on a train, it was a no brainer as to where our destination should be.

A lot of people think of Barry Island as a summer destination – and the golden sands of Whitmore Bay are definitely perfect on a hot and sunny day. But it’s also a brilliant day out at this time of year, when it’s not jam-packed full of tourists and the winter sunshine and fresh sea air provides the perfect antidote to the excesses of Christmas. 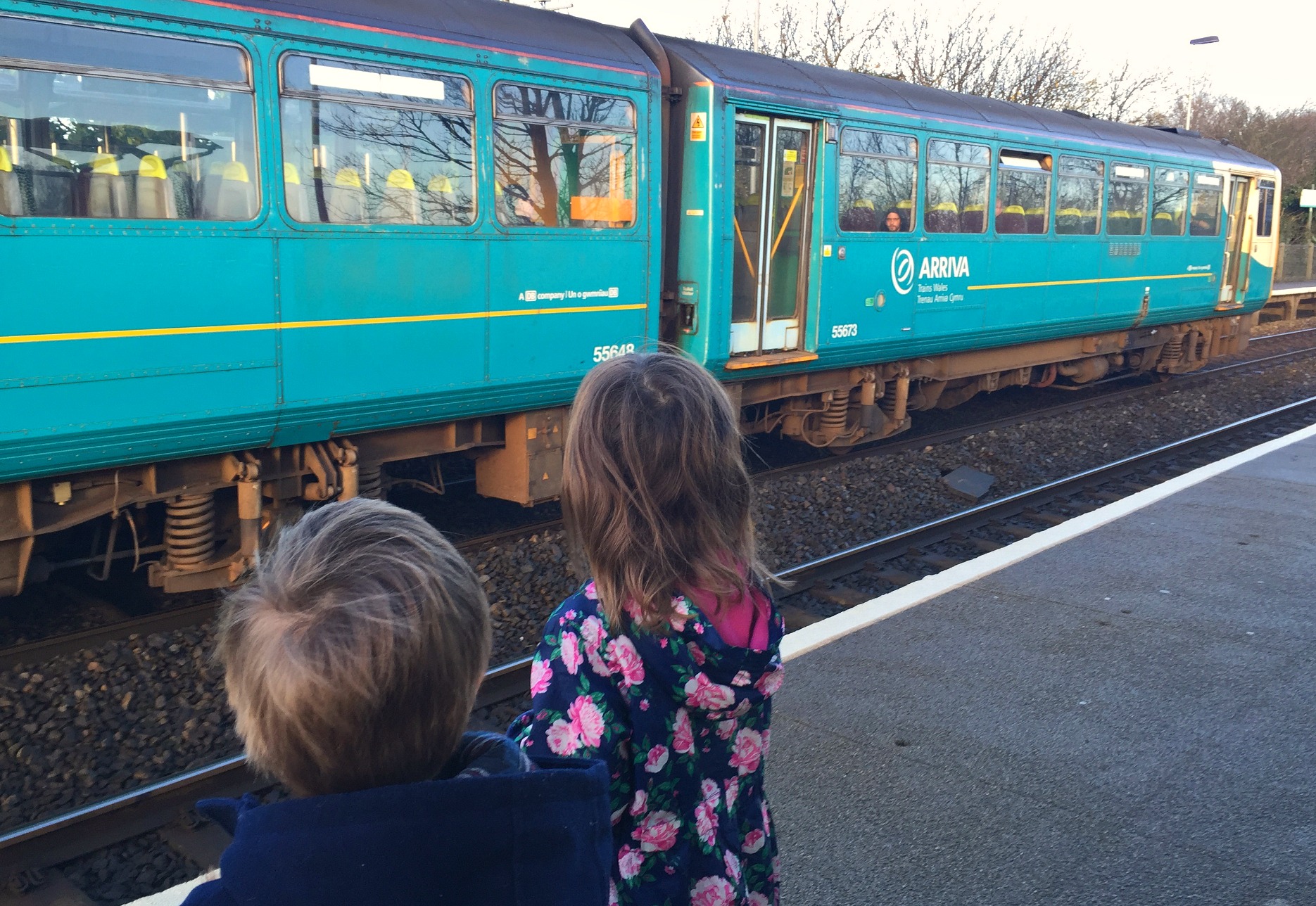 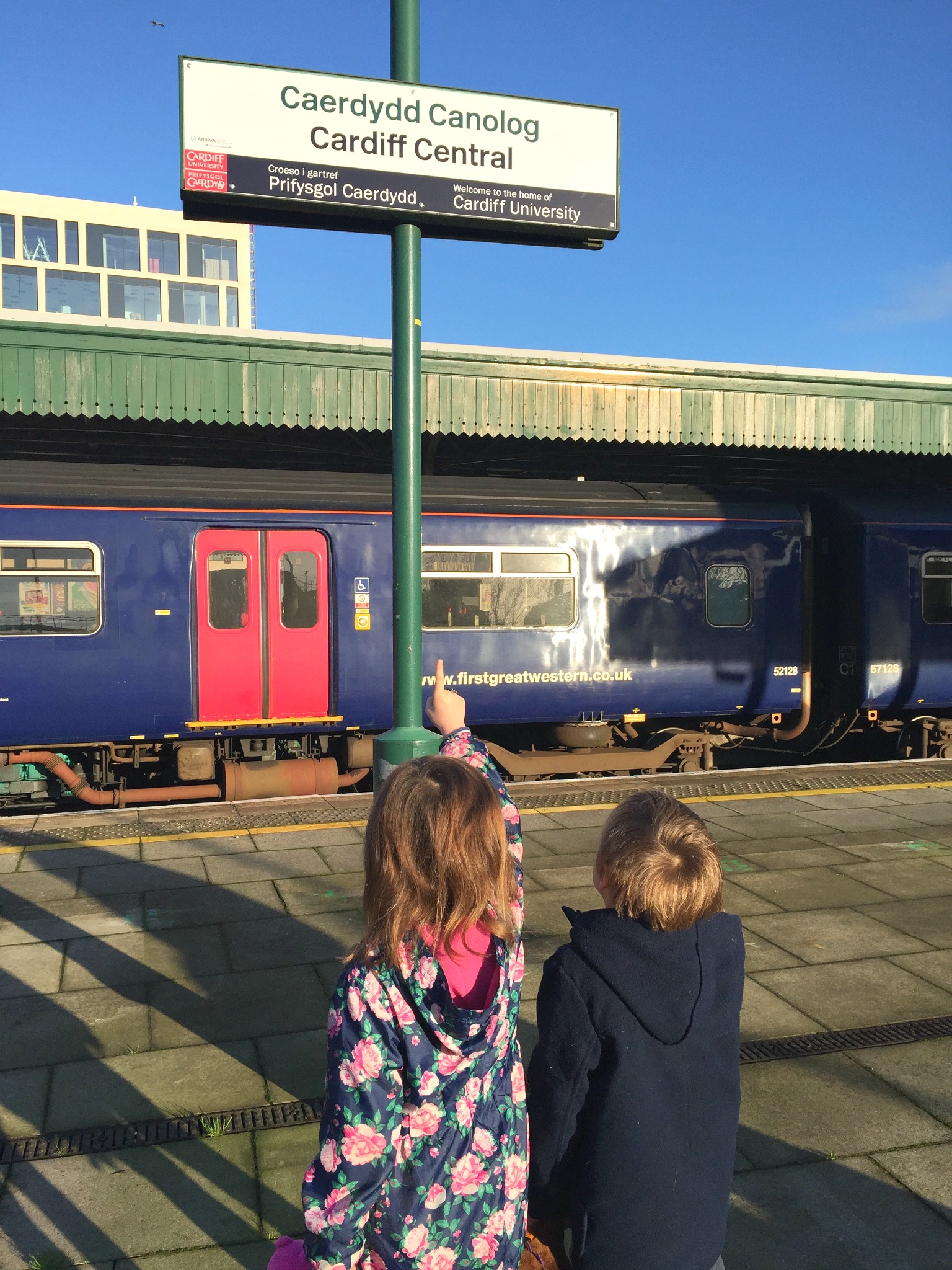 I’m embarrassed to admit that my children have never been on a real train trip before. With three children aged six and under, and a buggy, change bag and all the paraphernalia you need for a day out, it’s usually easier and cheaper for me to drive.

But today was all about the trains and my children were jumping with excitement when we arrived at our local station in North Cardiff. There was no way I could have got the buggy up the steps to the platform, but thankfully Cardiff Daddy was able to carry Toddler Boy I in his pushchair up the steps, while I carried the change bag, scooters, helmets and so on. We changed at Cardiff Central and after that it was about 25 minutes to Barry Island.

I used to get the Cardiff to Barry train a lot when I first finished university and lived back in Barry but worked in Cardiff. If I’m honest, the commuter trains that were always running late and were so packed you could barely move were my least favourite part of my working day. But seeing the journey through my children’s eyes made it magical again, not least because the train was pretty much empty.

My children love playing with their wooden train tracks and were so excited about going on a “real” train. They loved the tannoy announcements as we arrived at every station. They thought the tunnel we went through was super exciting. Little Miss E, my six year old eldest child, and four-year-old Little Man O were pointing out to each other everything they could see through the windows, and changed seats about eight times because they couldn’t decide which seat was best.

It cost £5 each for myself and Cardiff Daddy, £2.50 for Miss E, and the two boys were free as they’re under five. Like I said, it’s cheaper to drive and pay £5 to park all day, but the train journey was the whole point of our day out today. 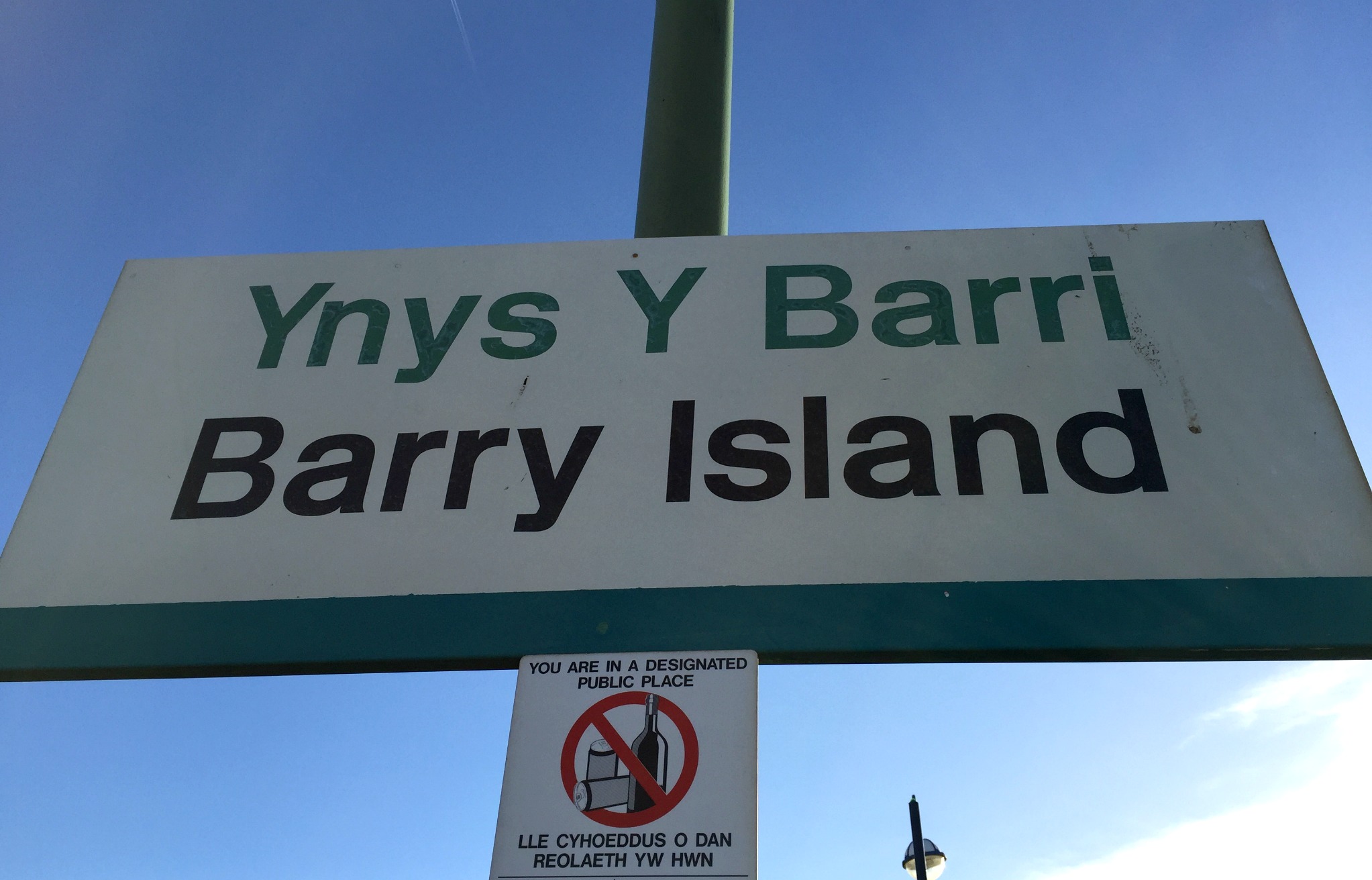 We were greeted at the station by my parents and my two nephews, who were joining us for the day, and headed off to the sea front.

It was lovely to see “The Island”, as we locals call it, so busy. People were sat in the cafes, playing on the sand and also in the arcades. My children wanted to make the most of the new scooters they had for Christmas though, so we made our way across the promenade.

The far end has recently been renovated to include a number of brightly-coloured beach huts, new toilet facilities and a climbing wall, which spells out the words Ynys y Barri and its English equivalent Barry Island. There’s also a circular structure featuring stone pillars which were perfect for children to climb on or hide between. 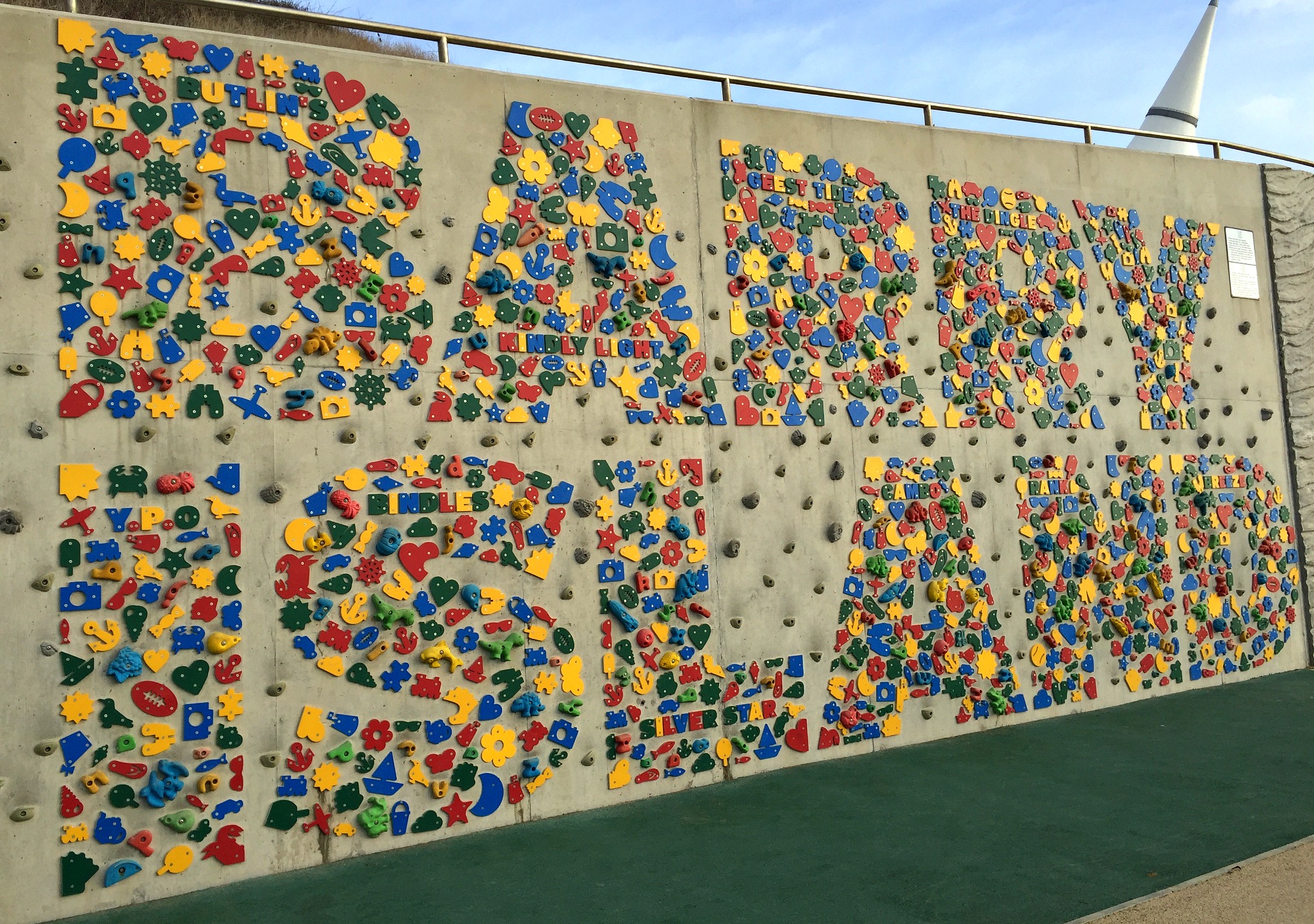 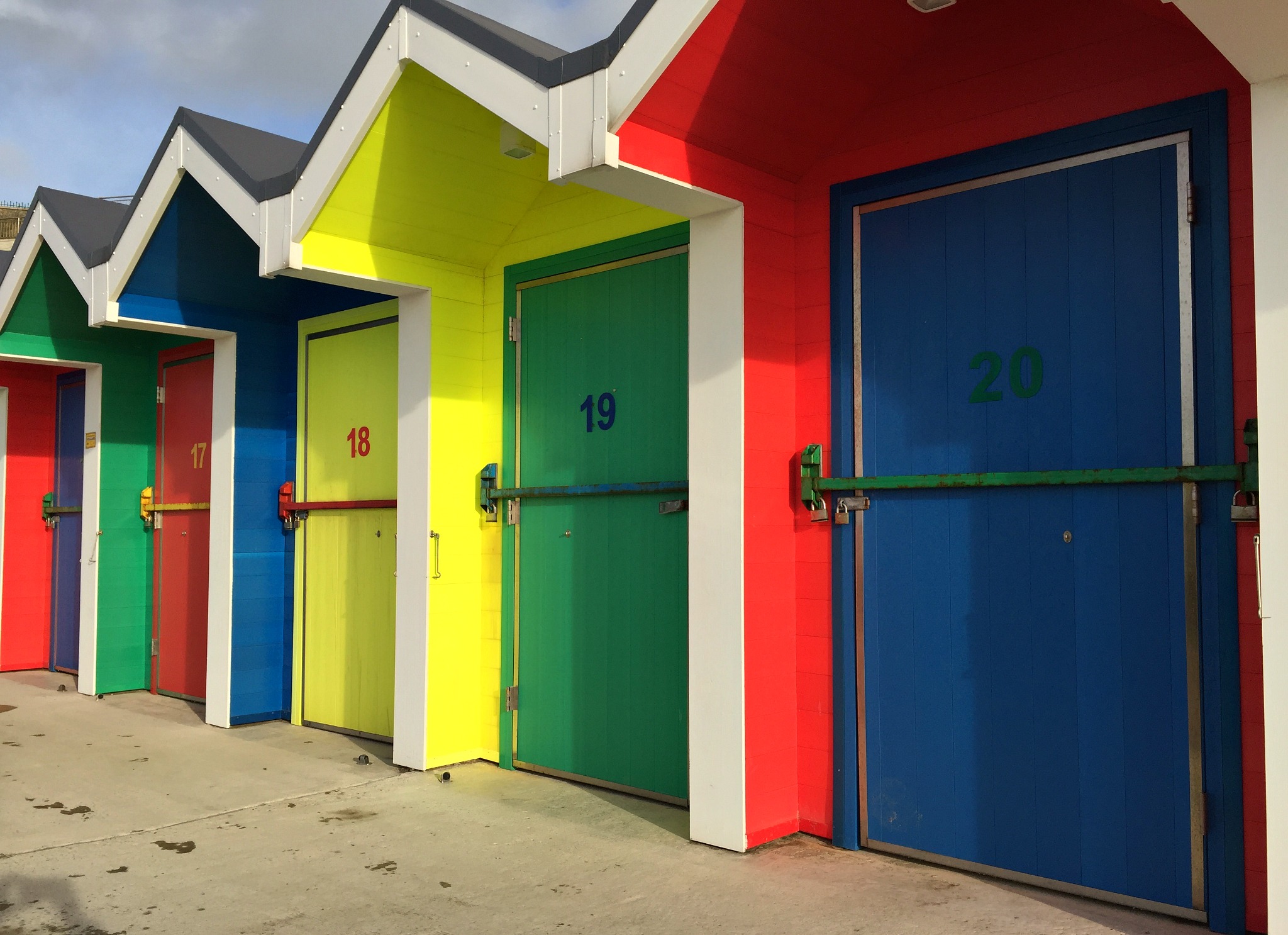 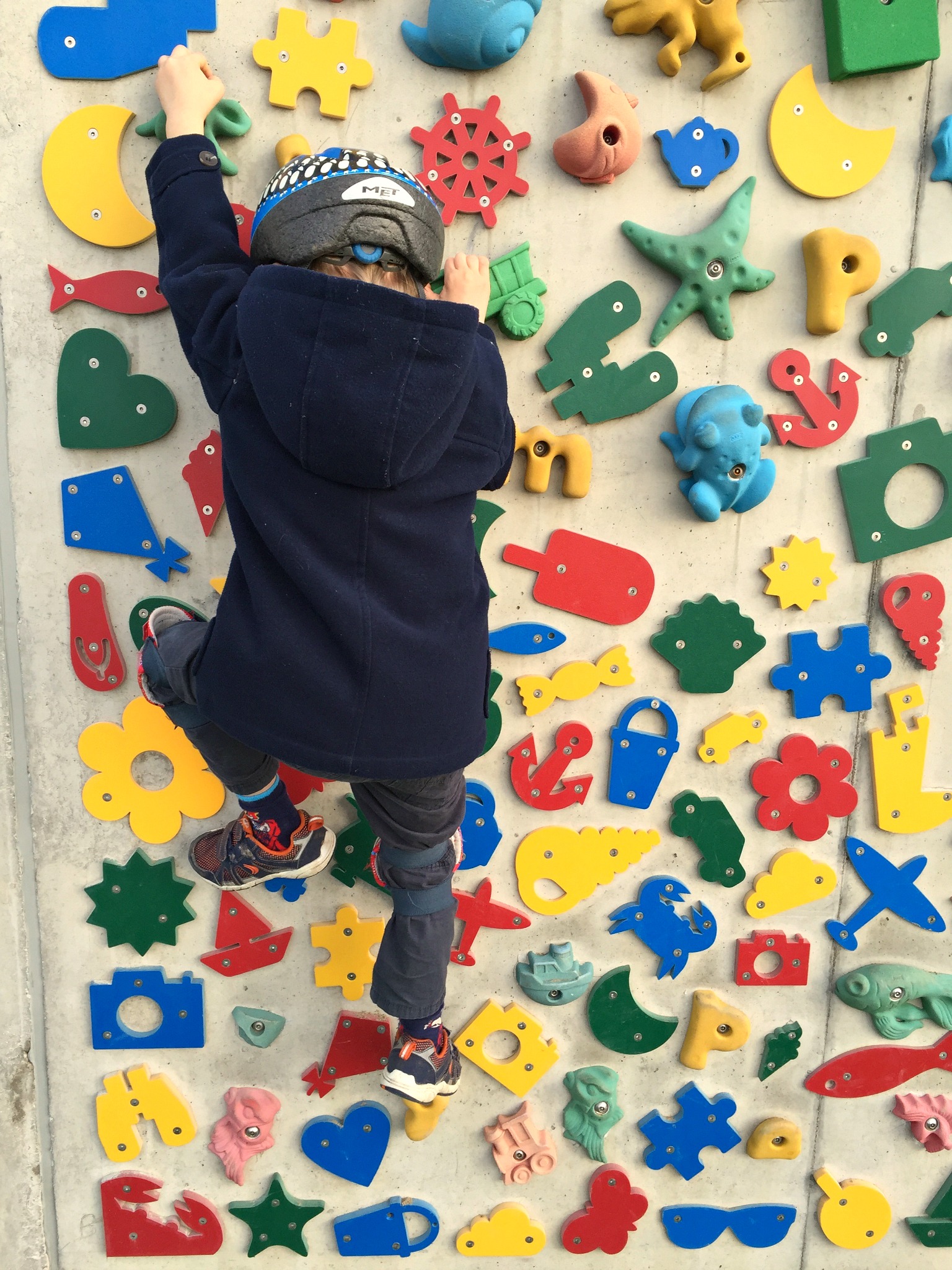 We headed back along the prom and to John’s Café for lunch. We had planned to get chips on the sea front, but after a good hour and a half in the outdoors, my children were getting a little cold. John’s serves a range of cooked breakfasts, sandwiches, paninis, jacket potatoes and other light meals very reasonably priced at around £4-£5 a meal. Today, as always, the staff were very friendly and accommodating of the children in our party, and the food came quickly.

From here, we headed into the fun fair. I have such happy memories of this place as a child – and was so sad when it looked like it might be closed down. It opened in 1929 and is such an important part of Barry’s heritage, not to mention tourism industry. It was bought earlier in the year by Henry Danter, a veteran of the fairground world, and is slowly being transformed. The log flume (my absolute favourite as a child) has been knocked down to make way for a new and improved model and new rides are being shipped in from across the world including a big wheel which Henry himself told us is currently being made in Germany. It’s definitely a work in progress, with the grounds looking like a building site – but we wanted to support the fairground’s restoration and its continued presence in the town and so my parents treated the children to a few rides. 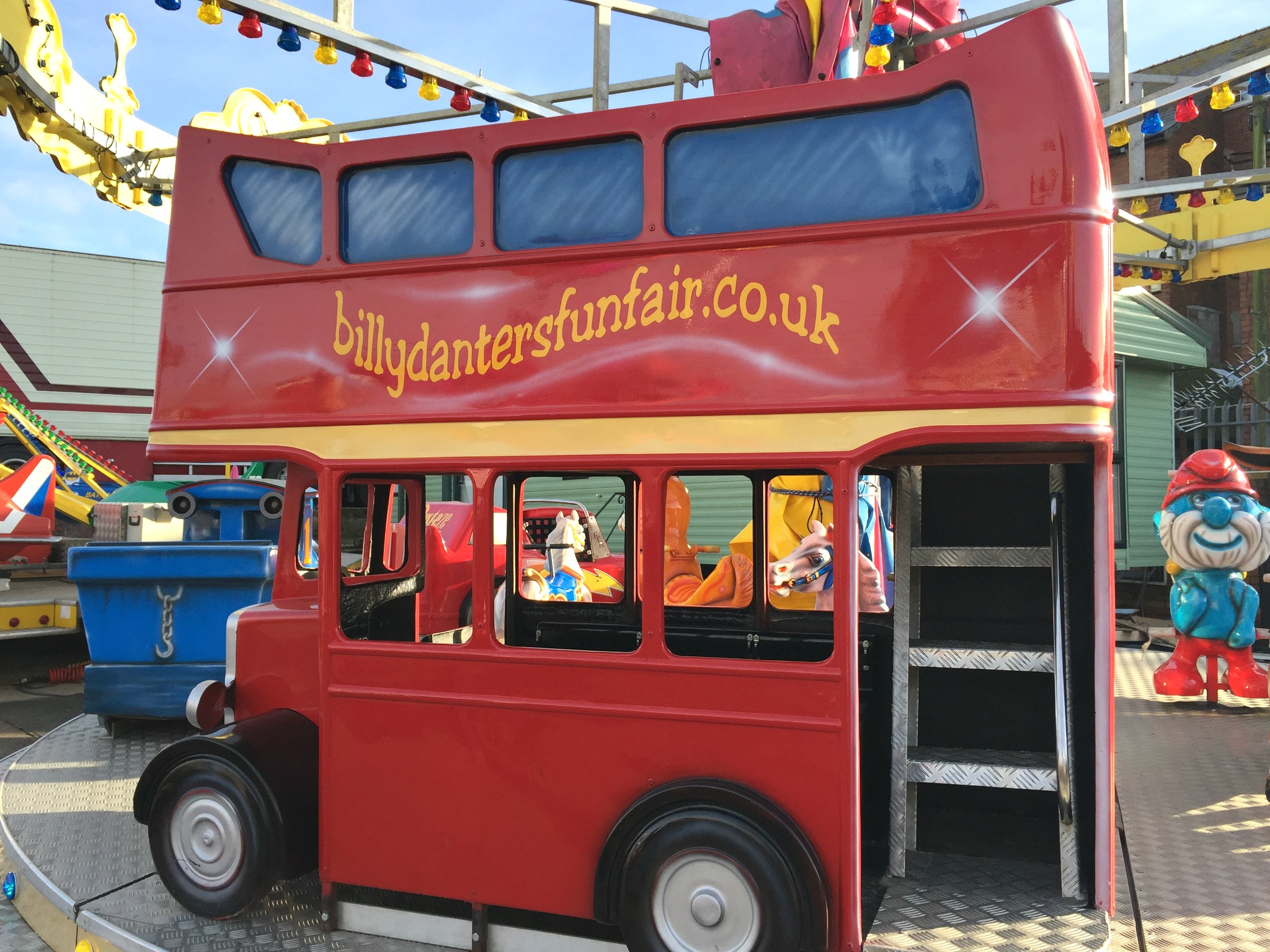 Despite the cold weather, my children were desperate for an ice cream, so we headed off to the famous Marco’s Café, before walking back to the train station for our return journey home. Thankfully, that was just as exciting for my children as the journey there. They’ve asked to keep the train tickets so they can play their own game of trains tomorrow. 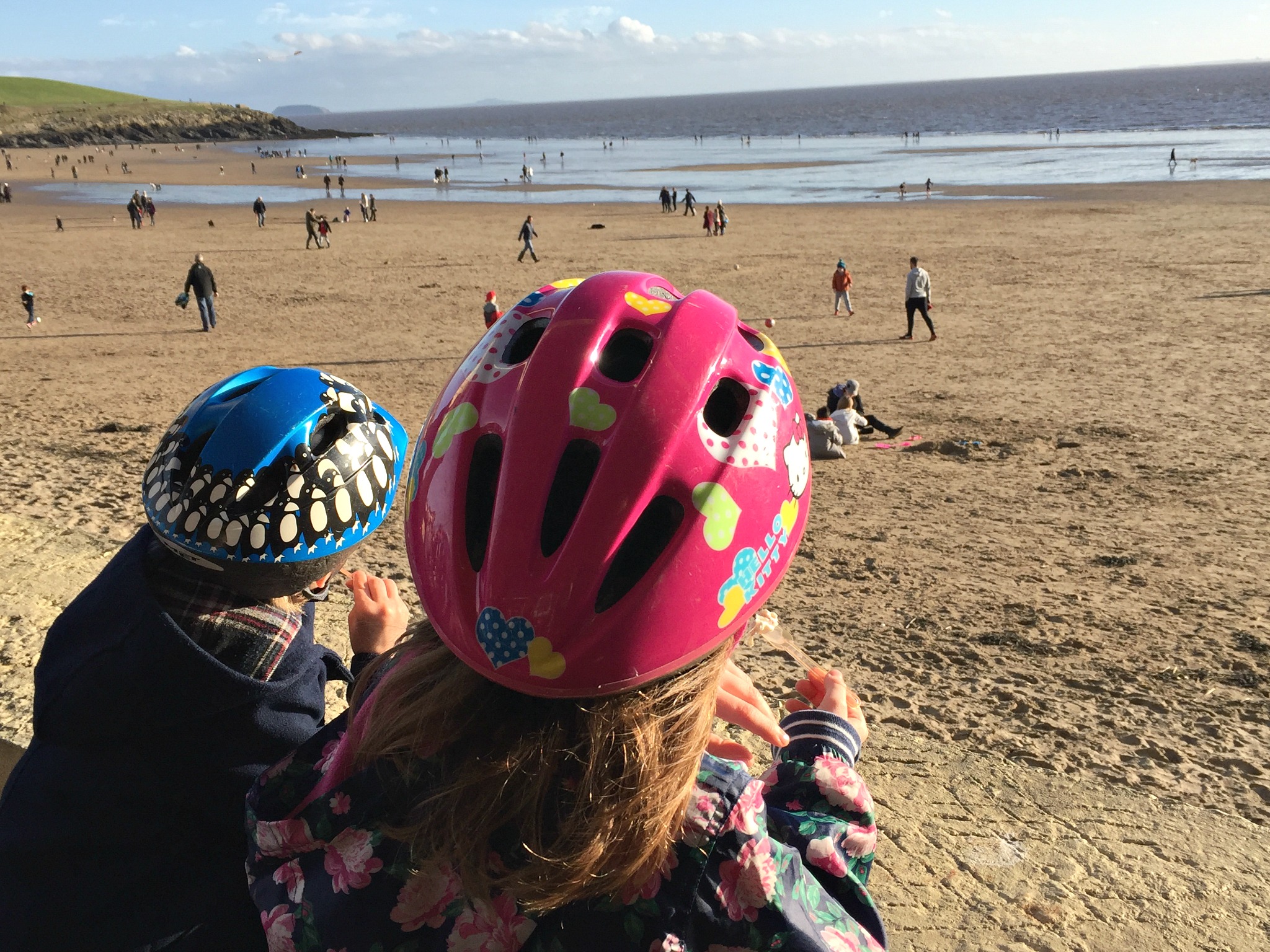 Have your children been for a winter trip to Barry Island? Do let me know on the Cardiff Mummy Says Facebook page or by tweeting me on @cardiffmummy

For more ideas of family-friendly days out in South Wales, visit the Cardiff section of my blog.

Homepage » Cardiff » On the train to Barry Island

16 Comments to On the train to Barry Island