We absolutely loved last year’s Beauty and the Beast and 2014’s The Little Mermaid, and are happy to report that this summer’s show Peter Pan Junior – which opened this morning for a week-long run at Sophia Gardens – is another brilliant success.

An abridged version of the films, the hour-long Disney Junior shows are perfect for family audiences. It’s a lovely way to give children the magic of a live Disney experience but without the hefty price tags usually associated with the professional productions. 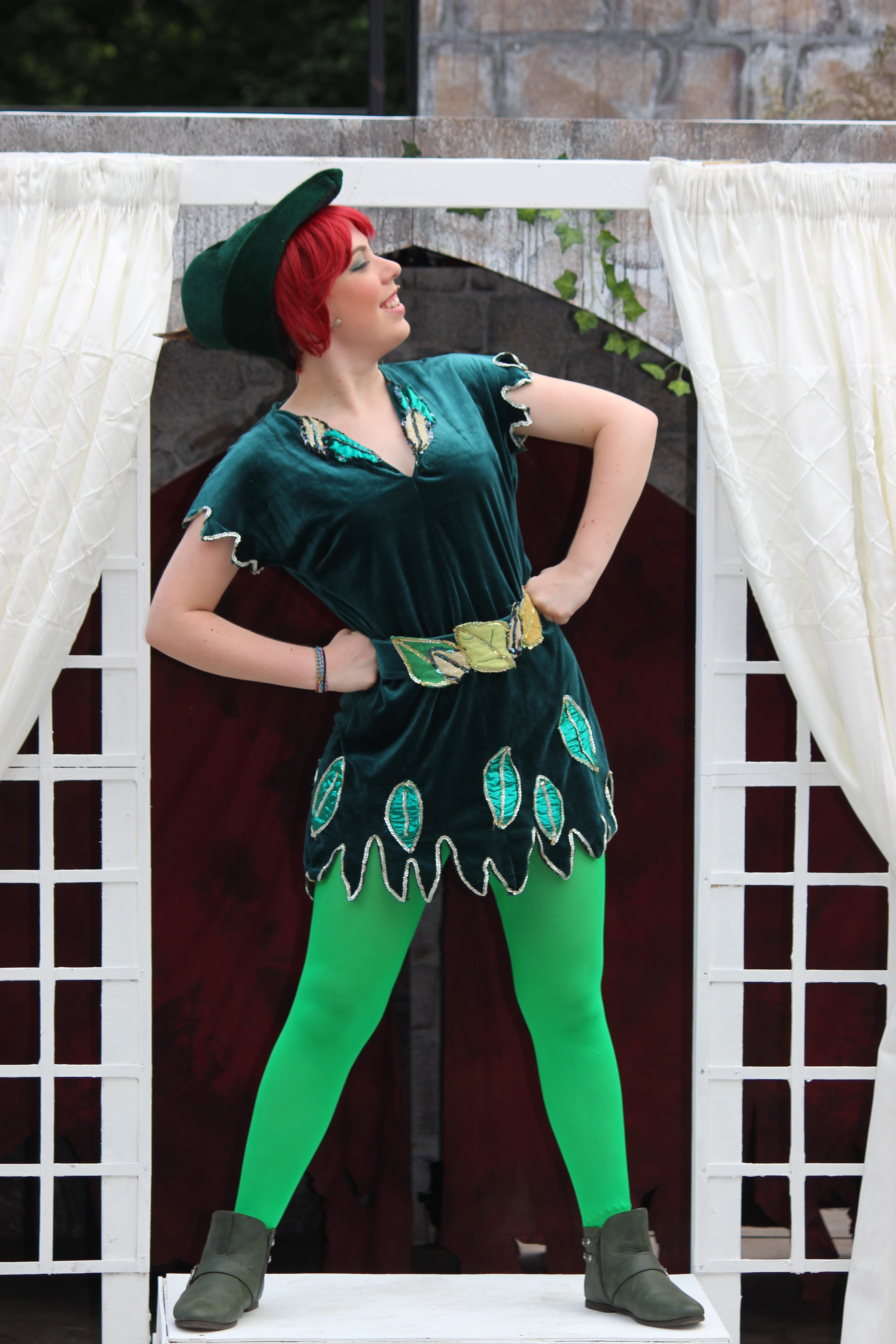 Peter Pan is one of my children’s favourite Disney movies, and this show, directed as in the previous three years by Emma-Jayne Parker, condensed all the best bits and added in a few new songs without losing any of the flavour of the original. 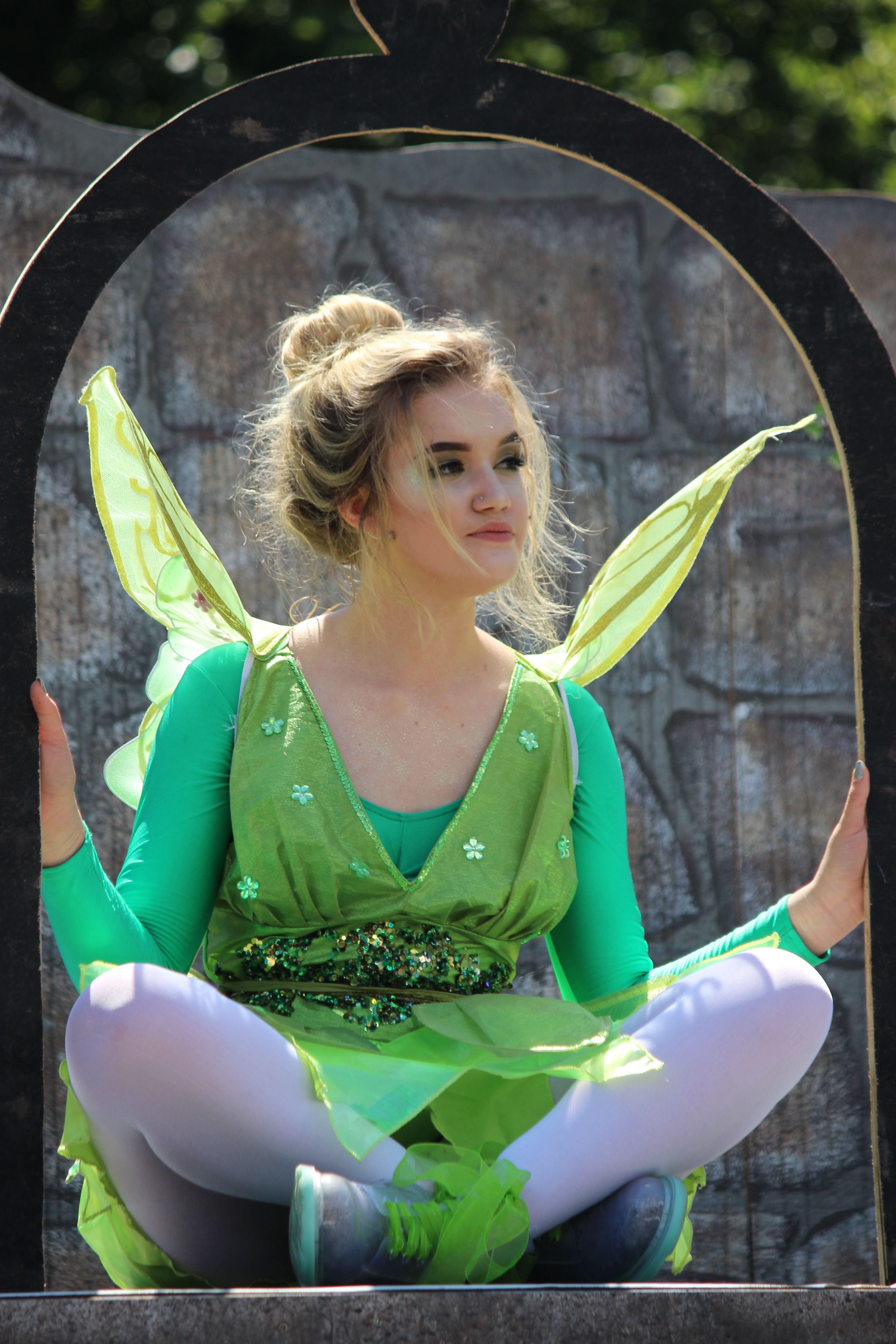 Although the audience are under cover, the Everyman cast perform on an open air stage – always a bold move given the temperamental Welsh weather, but it really adds to the experience with the beautiful backdrop of Sophia Gardens adding to the set. Today was dry and warm, so fingers crossed the weather holds for the rest of the week.

Opening with a group of fairies introducing us to the story, we meet the Darling family, where Wendy (Cadi Mullane) is told by her parents this will be her last night in her nursery due to all the stories she is telling her brothers Michael (Lewys John Ringham) and John (played today by Lexi Ricketts, who is alternating the role with Arthur Leeson) about Peter Pan, Captain Hook and Neverland. 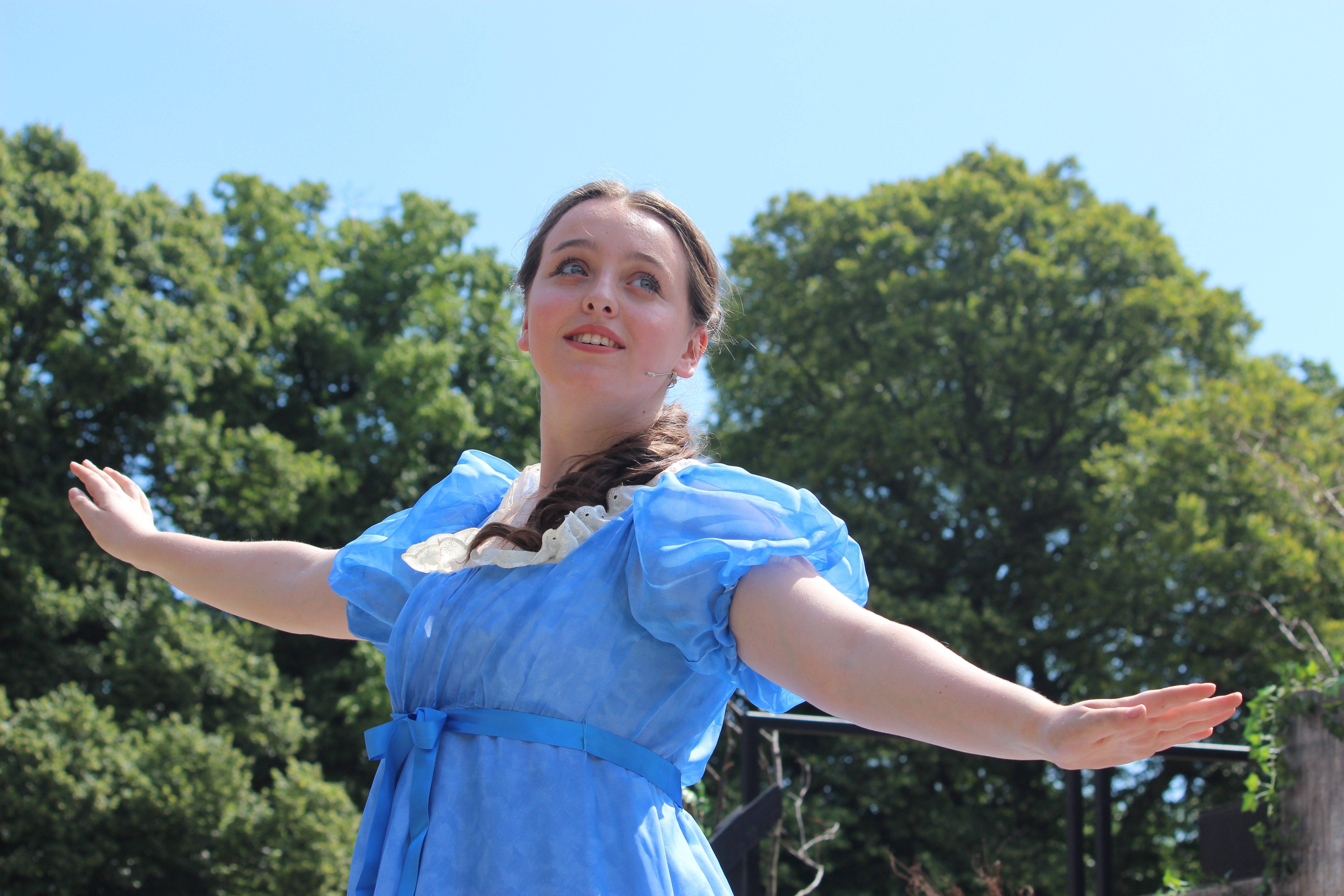 When the children are in bed, Peter Pan (played by a charismatic Emily March) and Tinkerbell (Meg Jones, who gets the balance between Tinkerbell’s magical and troublesome sides just right) visit the children, whisking them off to Neverland where they have an epic adventure, meeting pirates, Lost Boys and an Indian tribe. 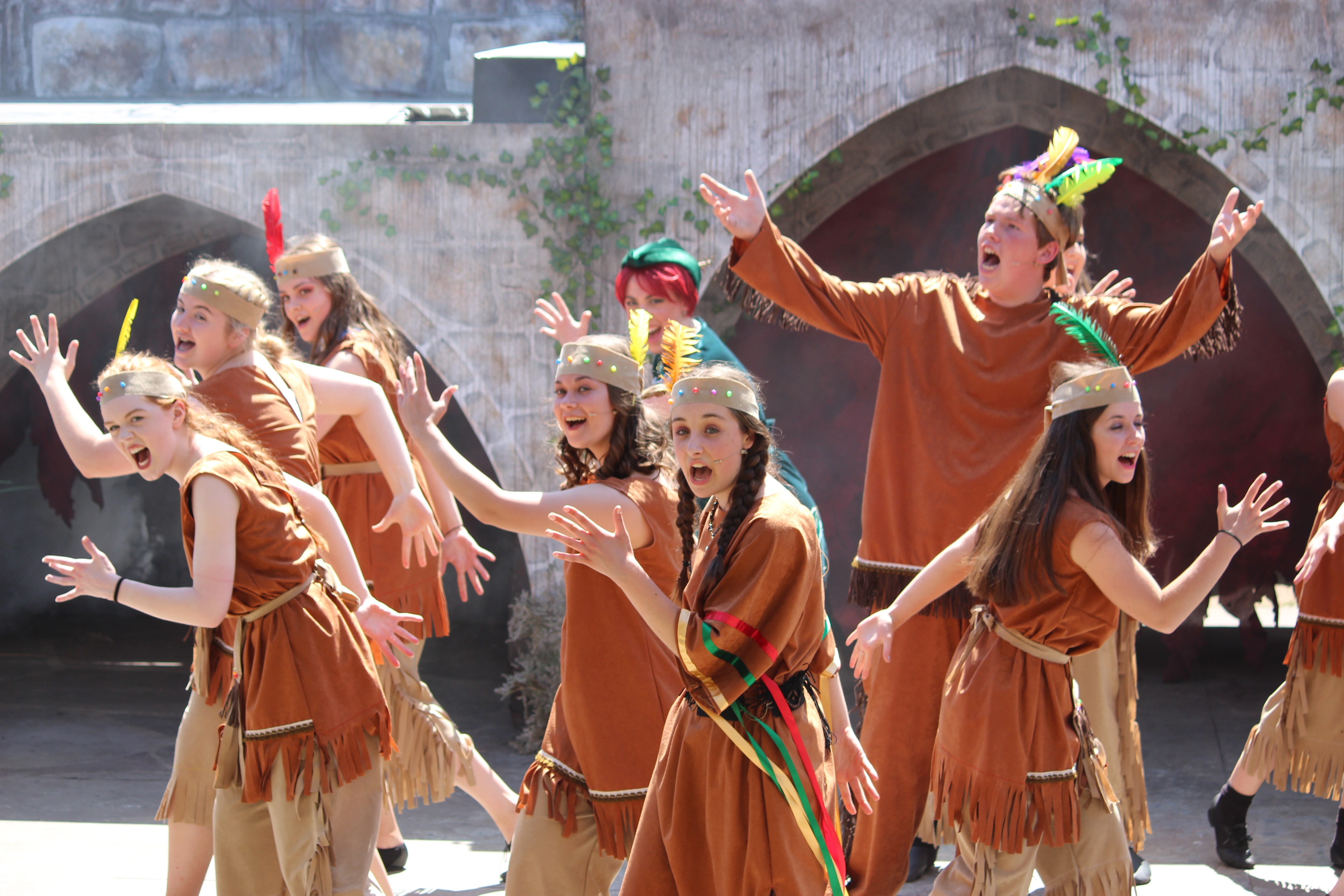 All the leading cast give strong and enthusiastic performances – but I especially liked Aled Gomer as Chief Tiger Bamboo, who played his part with plenty of tongue-in-cheek humour at wondering at one point why he is speaking in a stereotypical Indian chief voice.

Peter Pan doesn’t quite have the same big showstopper songs as other Disney musicals, but Wendy’s solo, Your Mother and Mine, was beautifully tender, while Captain Hook, Smee and the pirates singing Never Smile at a Crocodile was the musical highlight for me. A stage full of pirates and some slick choreography made this chorus number a visual delight. As the pirates sang, a large green crocodile puppet bobbed up and down over the top of the set. My children thought this was brilliant. 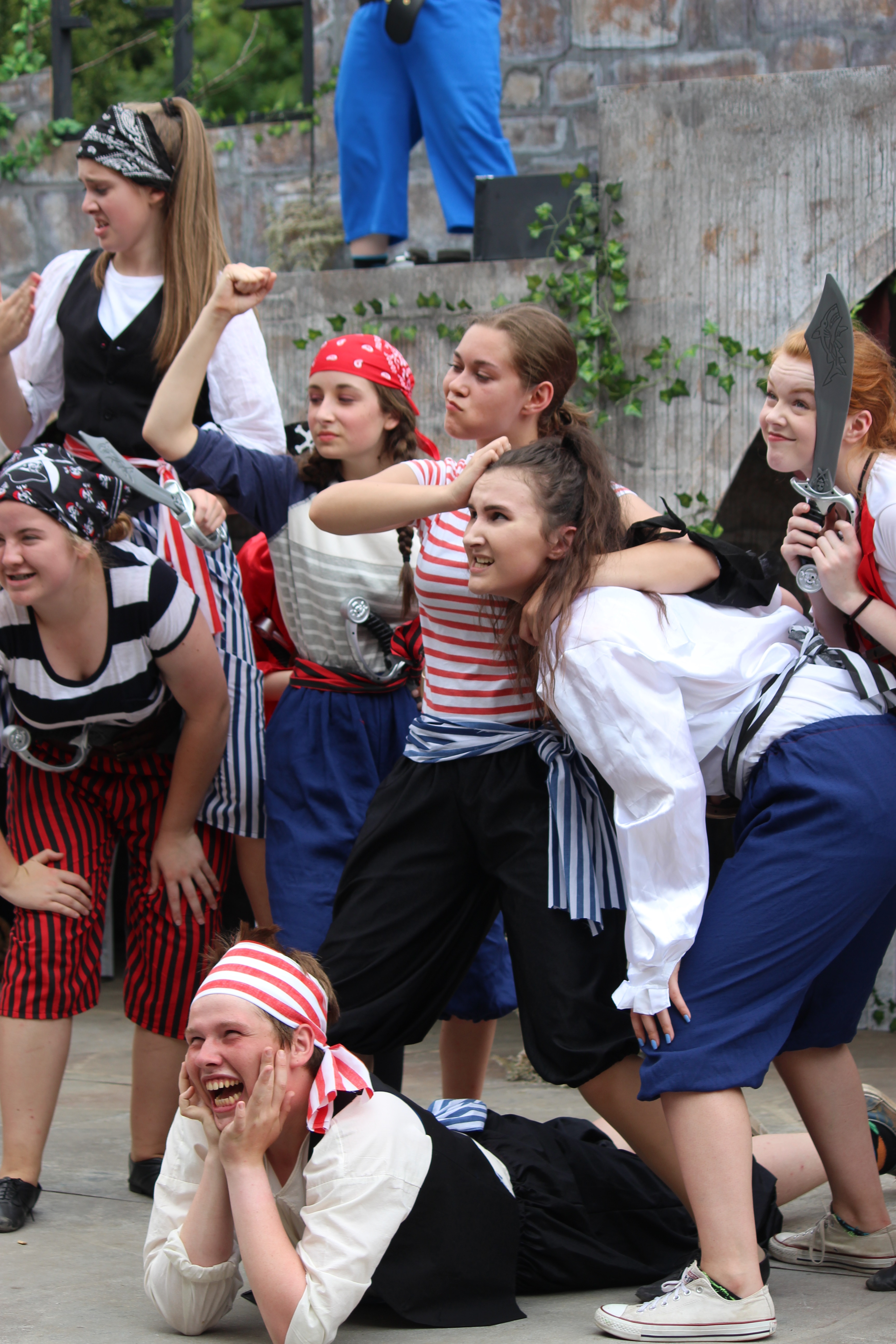 I took just my eldest two children along to today’s performance – Little Miss E, now 6½ and 4¾ year old Little Man O. Although my 2¼ year old Toddler Boy I has been to a lot of theatre performances, I’m not sure how he would have been at this one. There’s quite a lot of dialogue to concentrate on, and some of the toddlers around me did seem quite restless. I’m sure next year he’ll be fine though.

As has become traditional at the end of these Disney shows, the cast members were on hand outside the auditorium to meet the young audience members and pose for photos. It’s such a lovely touch to add to the magic of an already special theatrical experience, and you could see how excited the youngsters were to meet the performers they had just seen on stage. 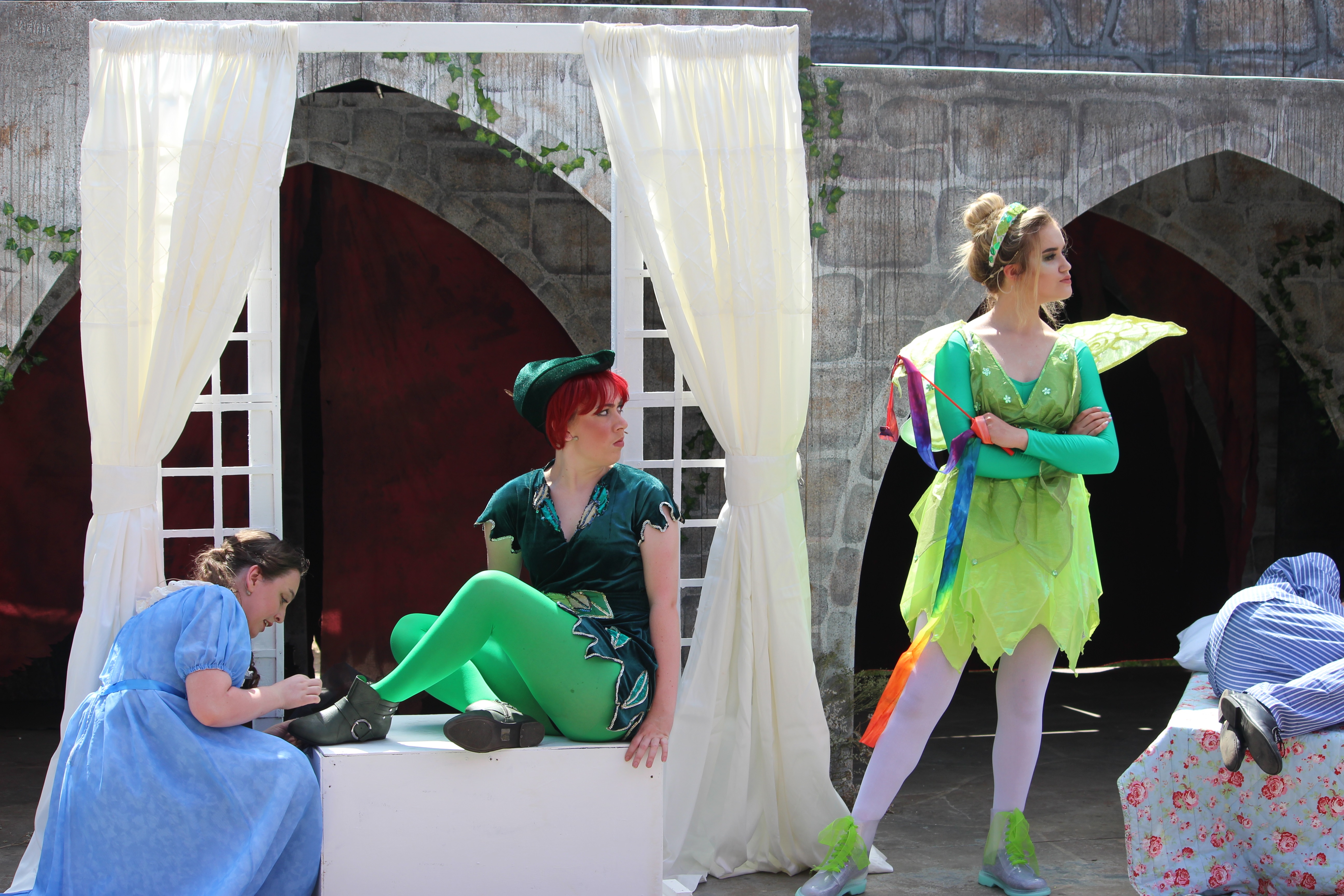 We rounded off the morning with pizzas from Dusty Knuckle, who are serving up their incredibly tasty wood fired pizzas on site throughout the festival (you can read our review of their courtyard restaurant here). There’s also toilet and baby change facilities, and space to leave pushchairs outside the theatre. Pugh’s Garden Centre are also on hand with pop up Little Green Fingers workshops, introducing children to nature.

We received complimentary tickets for the purpose of this review.