The family production at the Everyman Cardiff Open Air Theatre has become one of our favourite annual summer traditions. While the grown-up performers take on Shakespeare, classical musicals and comedies, each year the talented amateur cast of children, teenagers and young people pull out all the stops for a fun and vibrant musical show based on a children’s classic.

This year’s offering is Seussical Jr. It’s a departure from the previous five or so years of much-loved Disney classics which have included Peter Pan, Beauty and the Beast and The Little Mermaid. But it’s a move that has paid off with a strong and engaging production that packs so much in and is entertaining for all ages. In fact, Cardiff Daddy said it was his favourite Everyman family show yet. 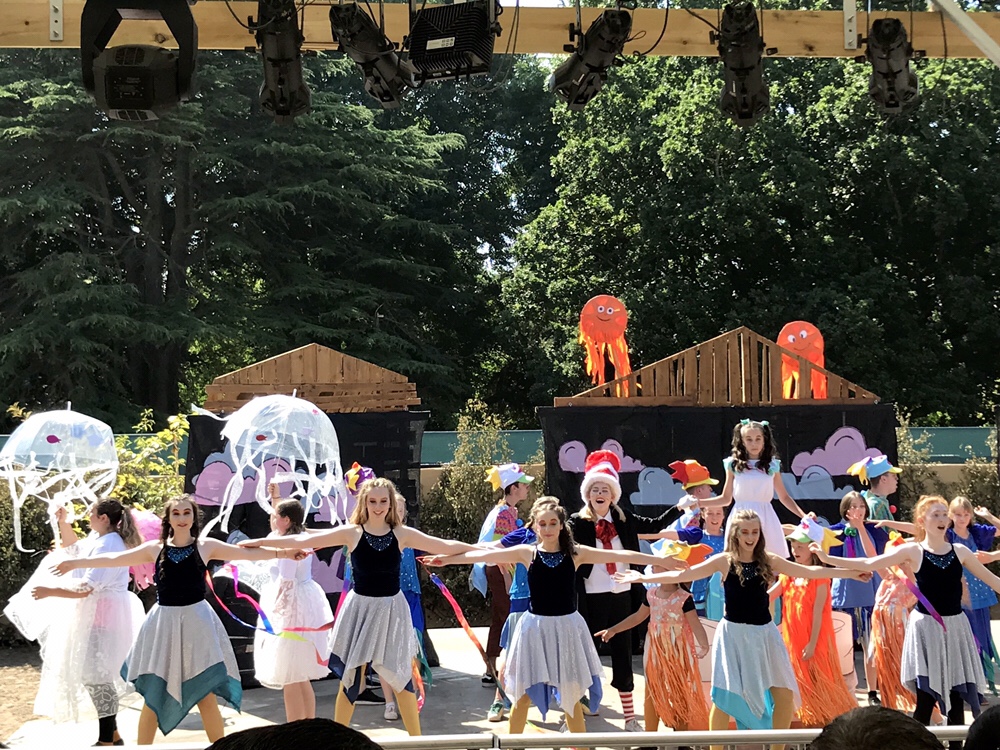 Written by Lynn Ahrens and Stephen Flaherty, Seussical is a quirky and colourful stage musical exploring the world of Dr Seuss, the American children’s author of 60 books which have sold more than 600 million copies worldwide. The musical debuted in Broadway in 2000 to much acclaim, followed by the West End soon after.

Seussical Jr is a one-hour condensed version suitable for younger audiences and much-loved by amateur and school groups. 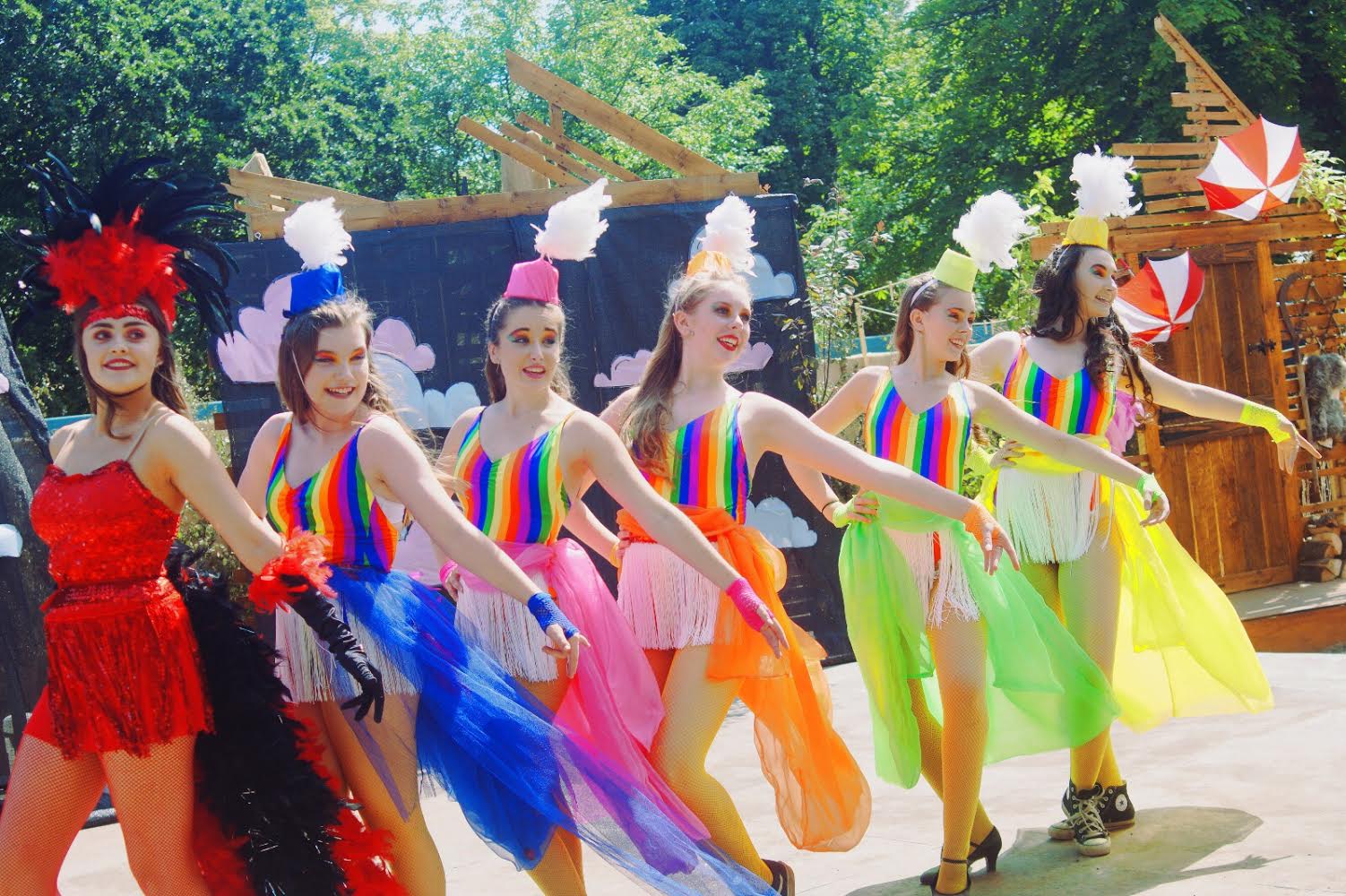 It cleverly interweaves several of Dr Seuss’s most famous stories for a show that is fun and fast-paced but also has many life lessons for us to take away too on the power of loyalty, family, and acceptance.

The narrative intertwines two main stories – Horton Hears A Who in which Horton the elephant hears a small speck of dust talking to him and vows to protect the tiny people, the Whos, who live in the tiny world of Whoville; and Horton Hatches the Egg in which Horton is tricked into sitting on a bird’s egg while its mother Mayzie takes an extended holiday; as well as snippets from other books too. Seuss’s most famous creation, The Cat in the Hat, ties the different stories together by narrating parts of the action and creating the kind of havoc seen in his eponymous story book. 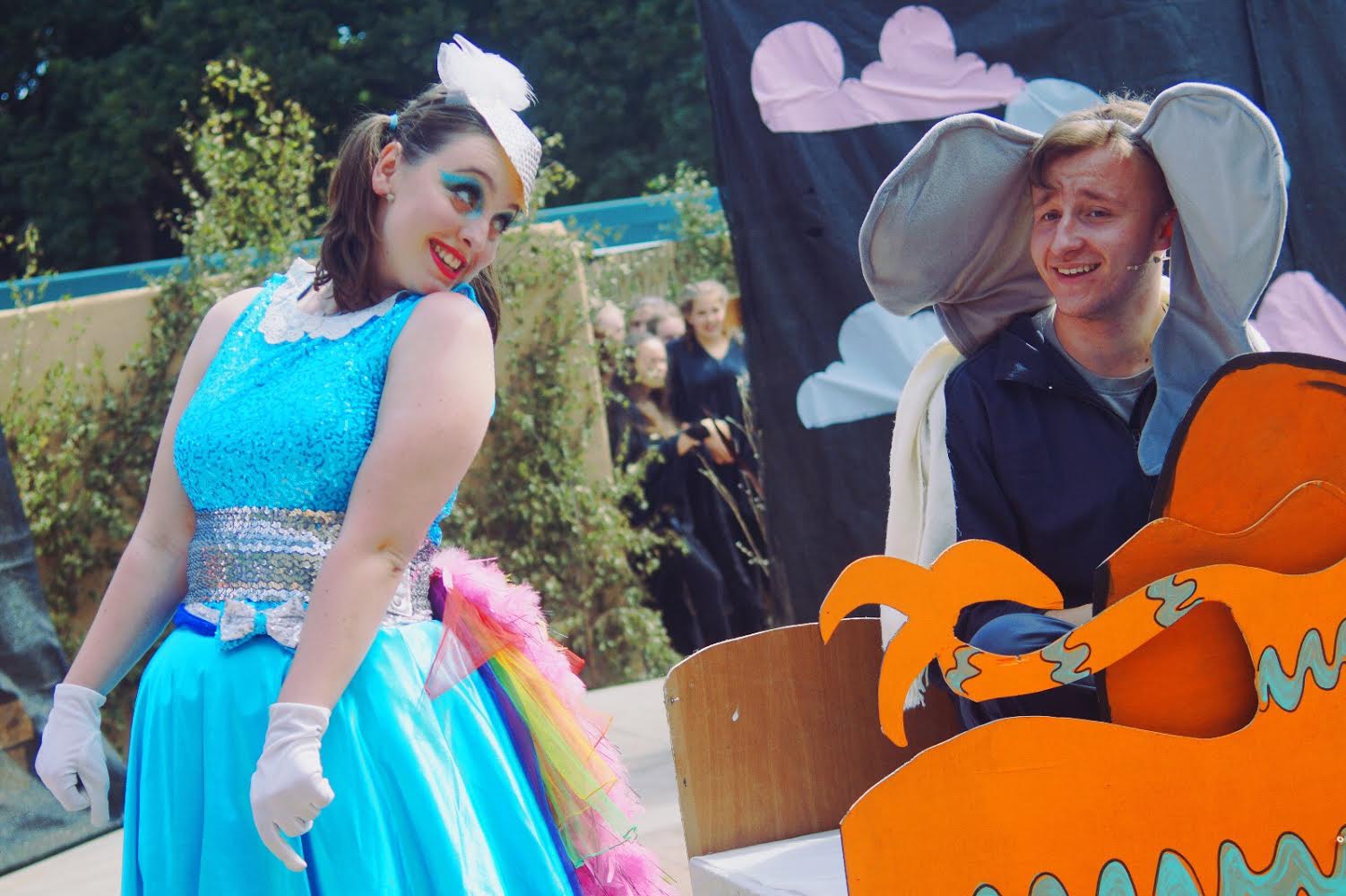 There are so many strong and enthusiastic performances but we particularly liked Cadi Mullane as the unassuming bird Gertrude McFuzz who is desperate for Horton (a very likeable Jack Davies) to notice her; as well as Becky Tongue as Jojo, a young girl in Whoville who finds herself in trouble with her parents thanks to the Cat’s antics but who ultimately saves the day (played on other days during the run by Lexi Ricketts); and Ellie Hughes as the vain and sultry Mayzie La Bird. The Wickersham Brothers – five monkeys who torment Horton – are also very entertaining with their slick dance moves and rhythmic songs (Llewys Brewer, Cerith Freeman, Piers Nihan-Bowen, and Morgan Thomason). 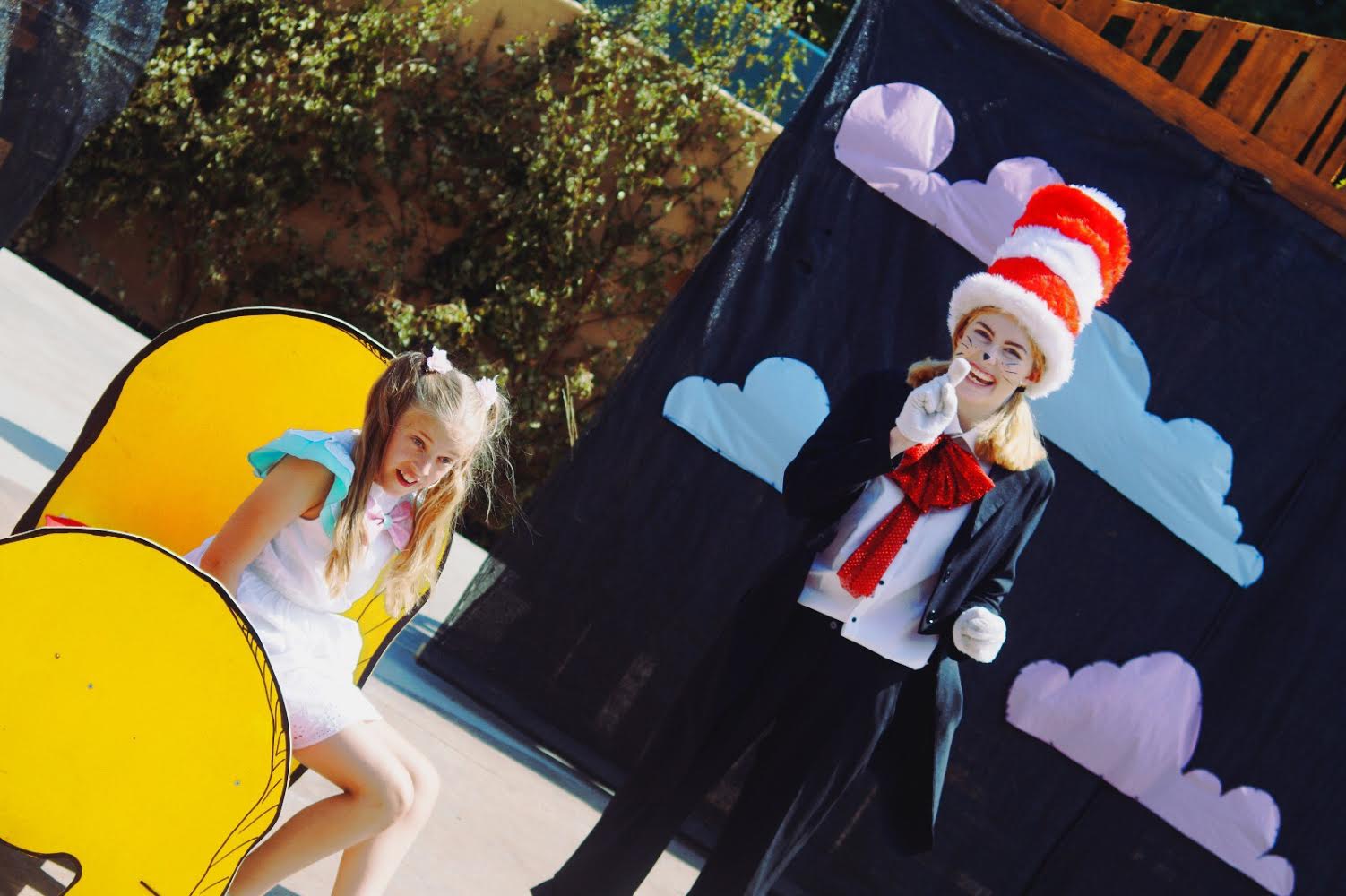 As always with these summer shows, there’s a sizeable chorus and troupe of dancers who fill the stage with colour and movement, with direction and choreography from Emma-Jayne Parker who has lead the summer show from strength to strength the last few years. We didn’t know any of the songs but that didn’t spoil our enjoyment at all because there are some really catchy and upbeat numbers which my children were still singing hours later.

Sophia Gardens makes a beautiful backdrop for the performance. Of course the sunny weather helps but if it does rain then the audience is under cover even if the performers are not. My four year old’s attention wavered midway through but all three of my children (8, 6 and 4) loved the show and were captivated. It moves at a fast pace with so many songs and scenes – but with a strong narrative underlying it too. It’s a great summer holiday treat.

Tickets are still available for most performances priced £10 each or £35 for a family – we highly recommend it as a great start to the summer holidays.

Seussical Jr is on at Cardiff Open Air Theatre Festival at Sophia Gardens until Saturday 28 July. Fiddler on the Roof is also on until 28 July. For more information on both shows or to book tickets visit the website here or call the box office on 0333 666 3366.

For more ideas of family-friendly activities during the summer holidays see my guide to 100+ events in and around Cardiff.