Thanks to Shrek and Wales Millennium Centre for inviting us along

Click here to get discounted tickets with Travel Zoo from 17-19 April.

Based on the hit DreamWorks animated film, Shrek the Musical is an entertaining feel-good family show with plenty of laughs and an overriding message that it’s okay to be different.

The five of us went to see it last night at Wales Millennium Centre – the first ‘big’ WMC show for my youngest (age four) and despite it being a late night for him he loved it as much as the rest of us.

Last seen in Cardiff in December 2015, Shrek is set in a magical land where the evil Lord Farquaad has banished familiar fairy tale characters such as Pinocchio, Little Red Riding Hood, Peter Pan and the Three Little Pigs from his kingdom. Loveable ogre Shrek is not happy that they have set up camp outside the swamp where he lives alone and so strikes a deal with Lord Farquaad – the deeds to the swamp in exchange for rescuing Princess Fiona from her dragon-guarded tower. However Fiona is hiding a secret of her own – and needs a kiss from her one true love to be rid of a curse put upon her since birth so that she can discover who she truly is. 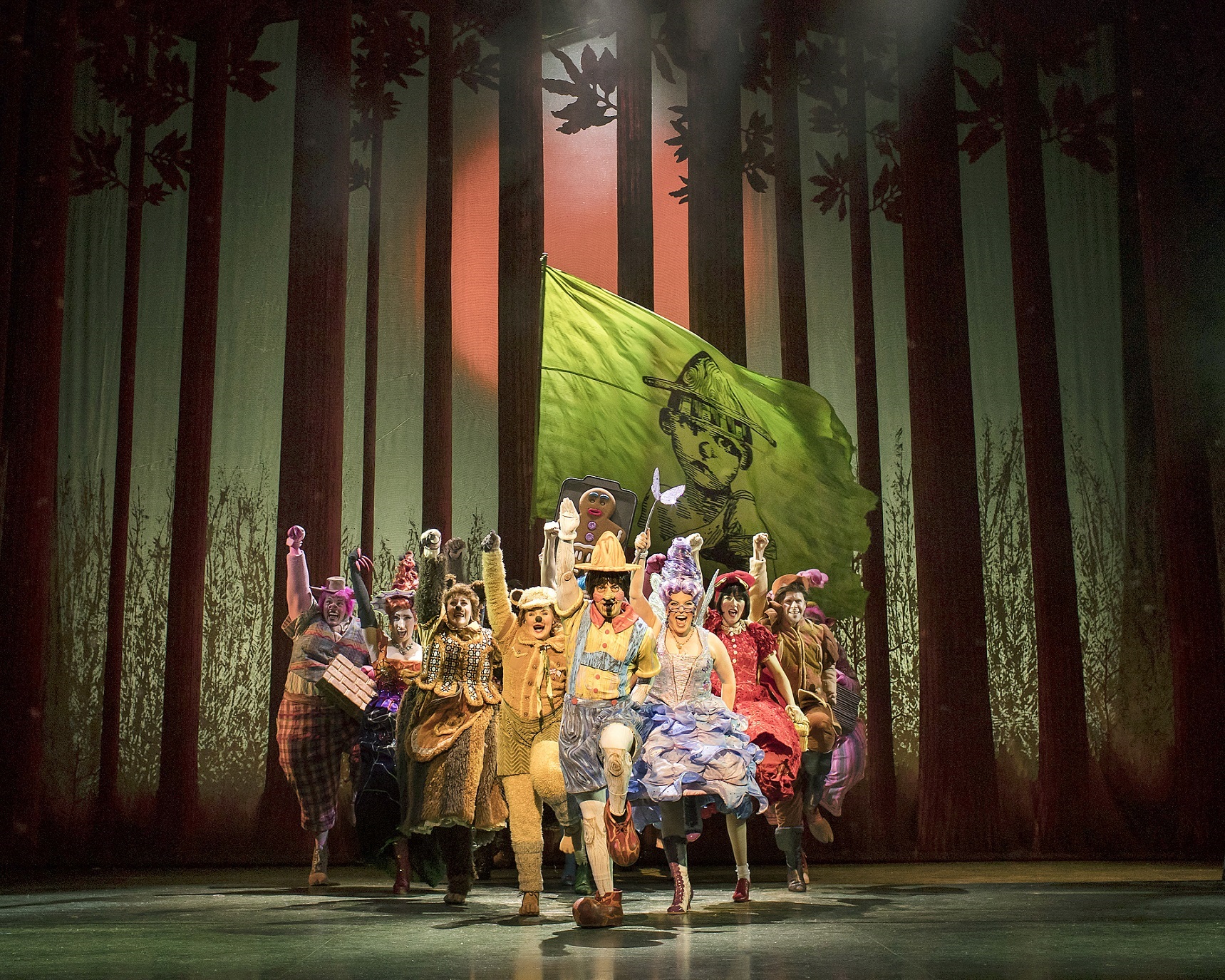 The whole show is full of magic and wonder from the huge fairy tale book and its turning pages setting the scene at the start of the show to the tap dancing rats there’s plenty here to impress. It’s very similar to the film, with huge chunks of classic dialogue repeated word for word. But there are changes and additions which mean we learn more about the backstories of key characters and a score of upbeat and catchy music to accompany the action. 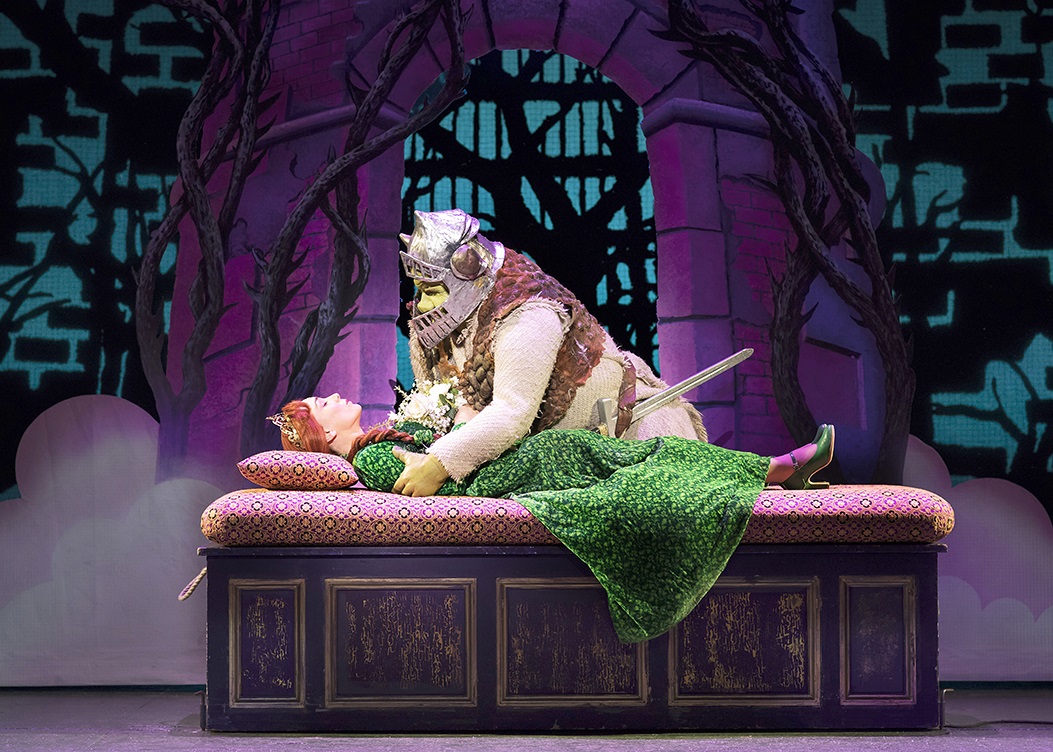 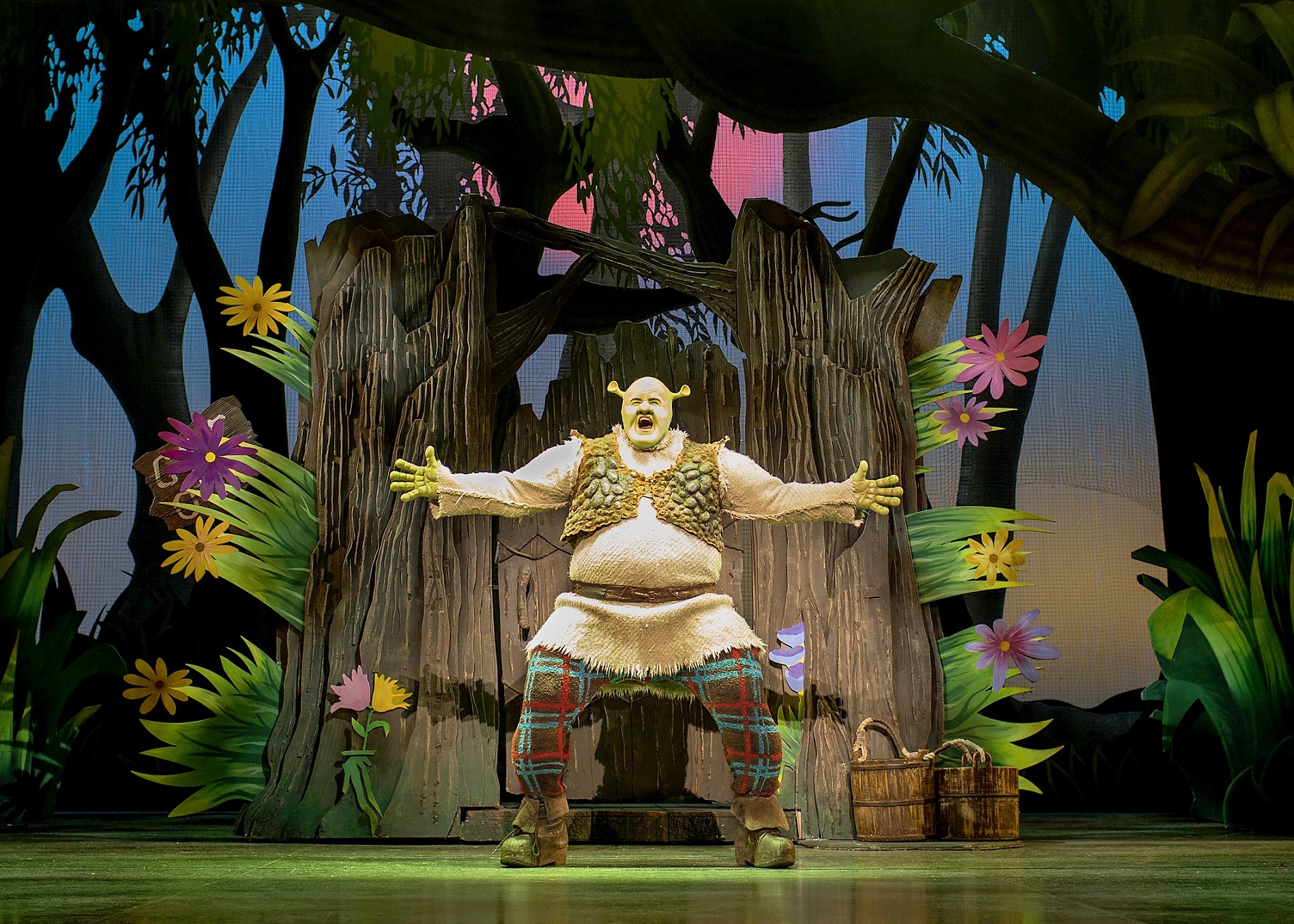 Sadly Welshman Steffan Harri – who should have been performing as Shrek tonight and who is pictured in these official photos – was poorly but understudy Michael Carolan did a brilliant job in the main role, sounding and looking every bit like the film version. Laura Main (best known from Call The Midwife) is an endearing yet slightly bonkers Princess Fiona (X Factor’s Amelia Lily will be in the role next week); while just as in the film Donkey, played by Marcus Ayton, is hilarious with some of the show’s best one liners and with his actions really demonstrating the importance of friendship and not giving up on those you believe in.

My children had been so excited to see how the show would recreate the dragon – and it didn’t disappoint. The red and scaly creature fills the stage, with several cast members operating her as she moves around the stage. Such a huge character requires huge vocals to match and the dragon’s passionate power-house vocals come from Lucinda Shaw. 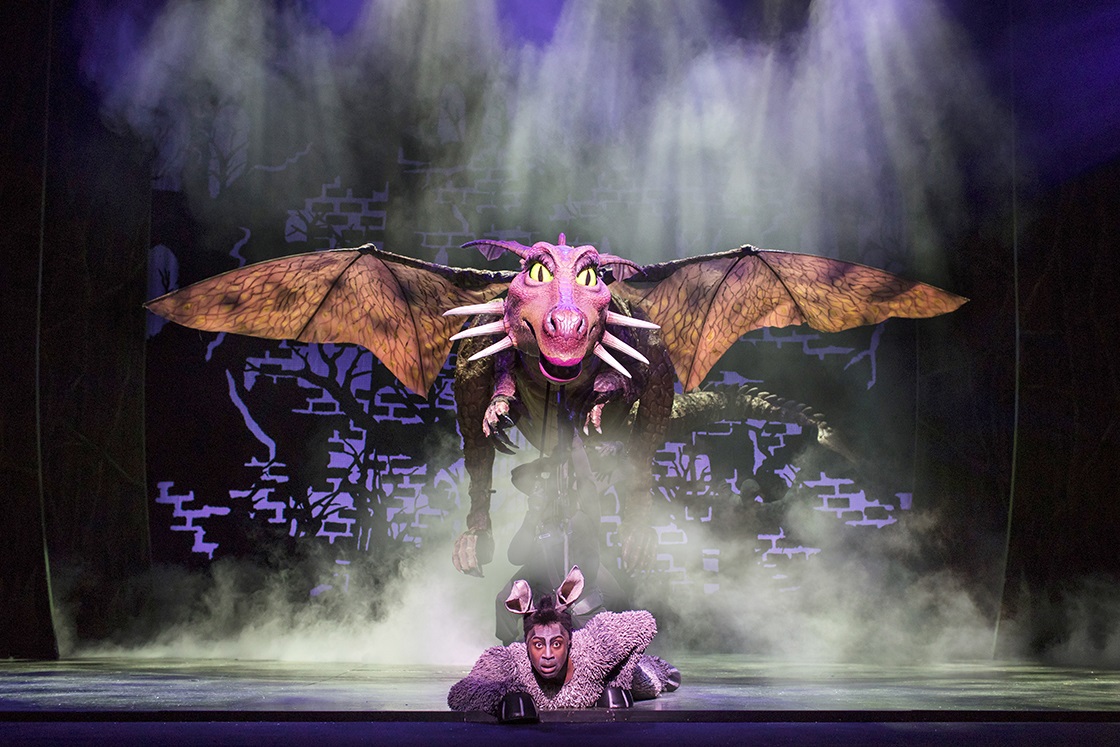 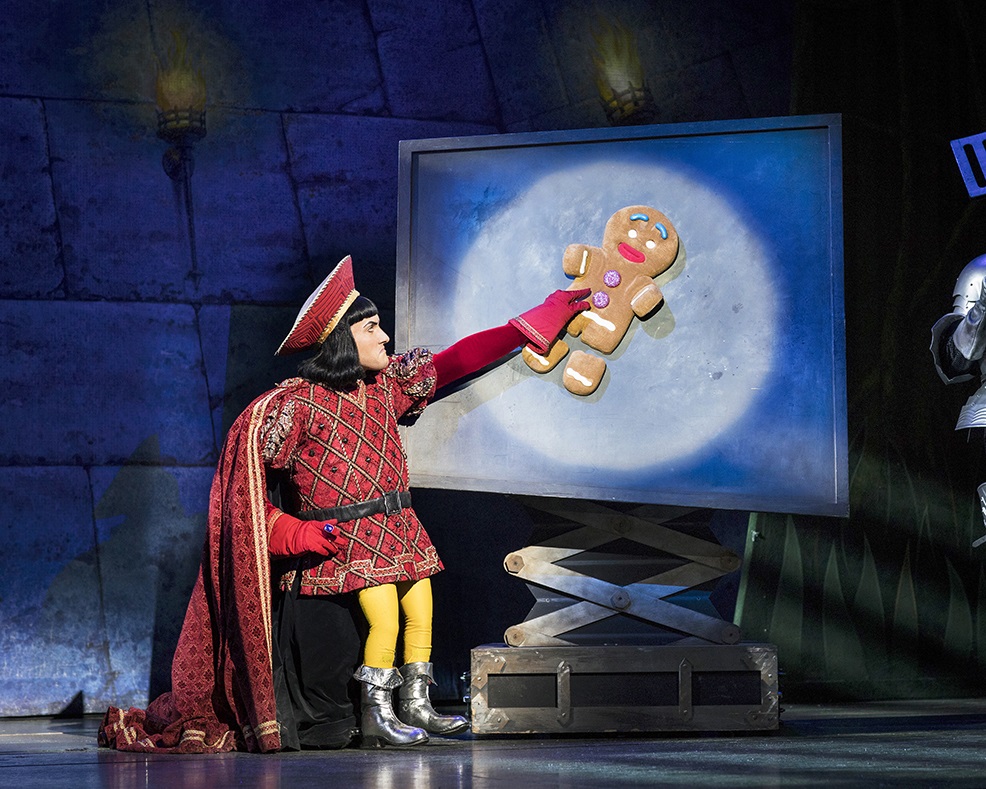 Samuel Holmes is hilarious as Lord Farquaad, the power-hungry wannabee king. As fans of the film will know Lord Farquaad is rather vertically challenged and so Holmes spends pretty much the entire show performing on his knees leading to some truly funny moments with his miniature fake legs.

The stage is bright and colourful; the ensemble have some great dance numbers; and there’s a happy ending. Although Shrek isn’t quite as musically strong as other family shows we’ve seen there’s nothing we disliked about it at all. In fact it’s brilliant family entertainment for all ages and a great introduction to musical theatre for children. 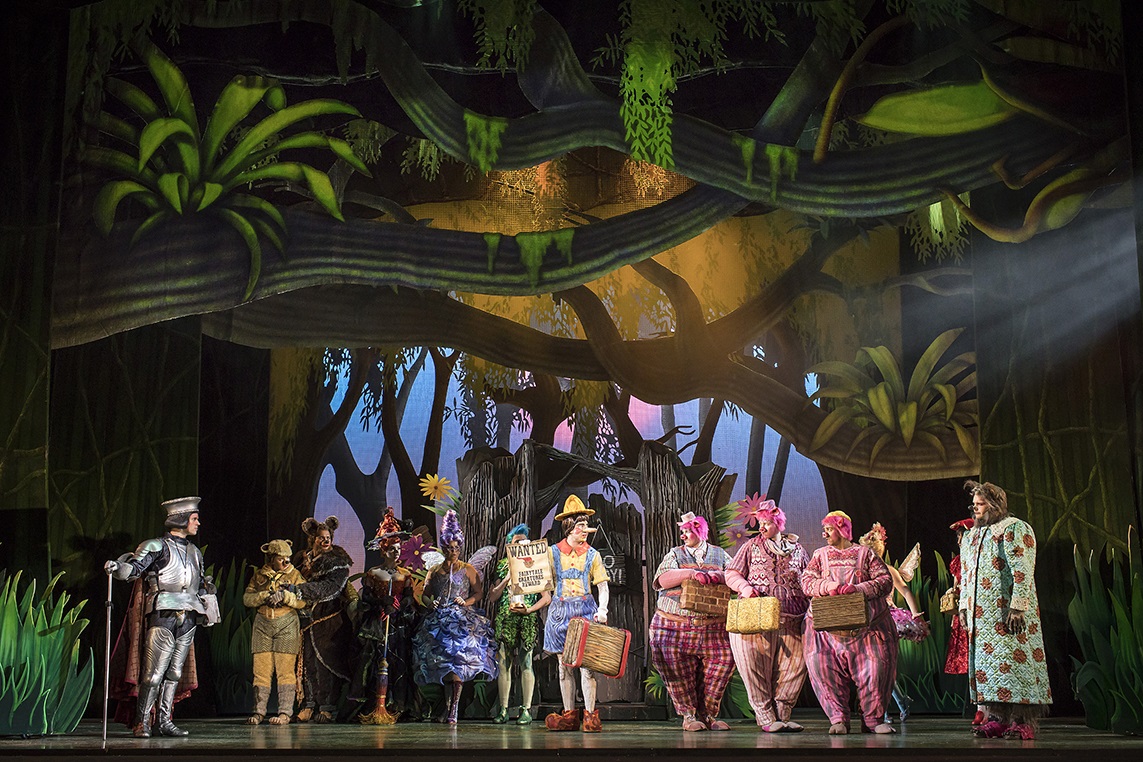 Have you seen Shrek or are you planning on going? I’d love to know what you thought either in the comments below; on the Cardiff Mummy Says Facebook page or you can tweet me on @cardiffmummy