Days out Cardiff, Tape Bute Park, things to do Cardiff

In the search for fun and free activities to enjoy with my children this summer, today we found ourselves at Tape. This unusual interactive art installation at Cardiff’s Bute Park is based on the idea of a giant cocoon or spider’s web. It’s possibly the closest we humans will come to knowing what life is like for insects. The installation is made from clear sticky tape layered together so that it becomes strong enough to form a tunnel-like structure suspended between the trees.

We loved it! It’s quite unlike anything I’ve ever experienced before, and my children thought it was brilliant. It opened last Friday night and has certainly got people across Cardiff talking. We arrived at 11.30am and there had already been around 100 visitors before us. In fact, in the five days since opening, it’s had over 2,000 visitors; around 200-300 on weekdays and 400-500 a day at the weekend. The organisers expect those numbers to grow as word gets around about this most quirky of visitor attractions. 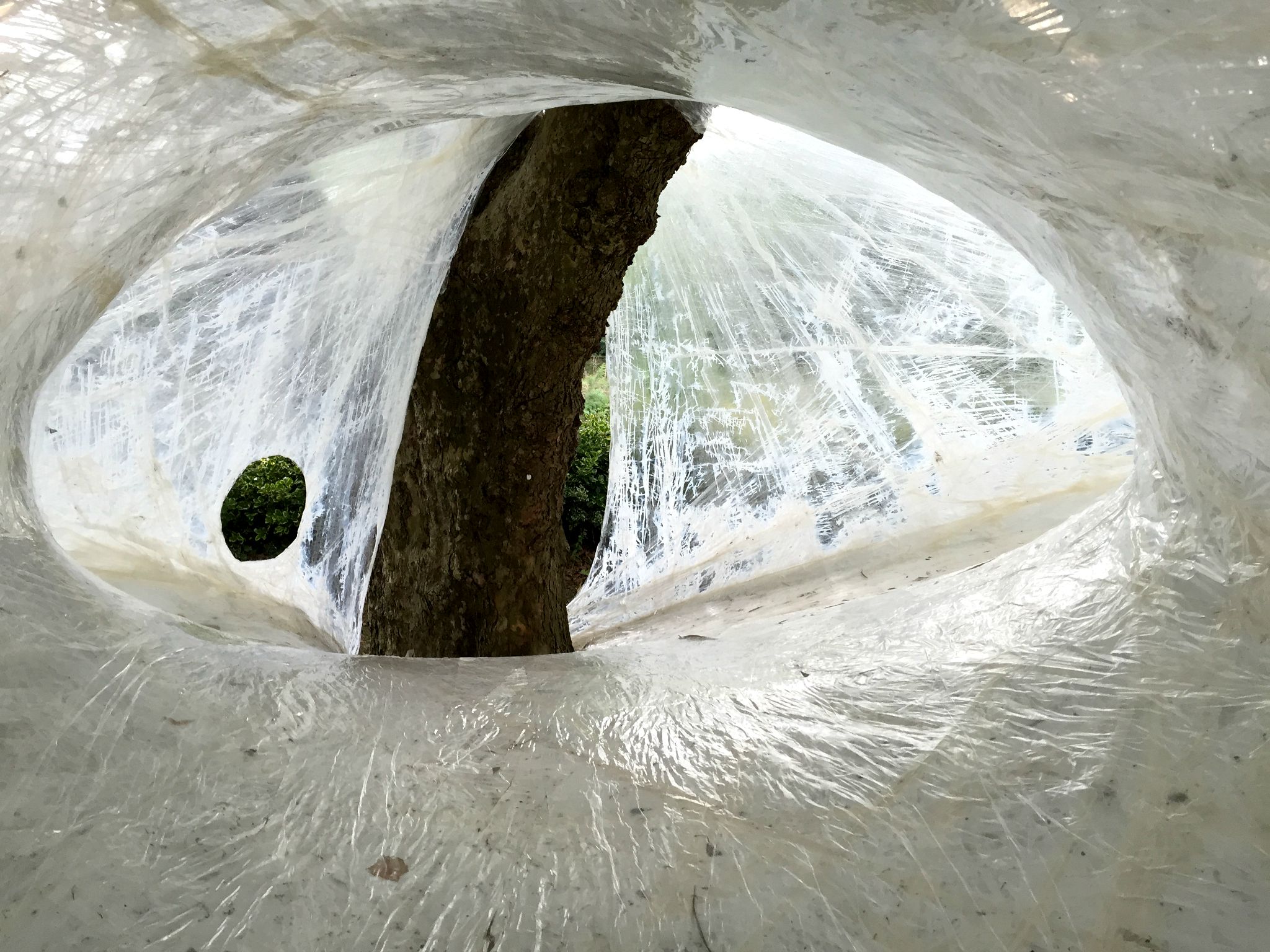 It is devised by Numen/For Use, an award-winning collective of artists from Croatia. They have run the installation in other cities across the world including Paris, Tokyo, Stockholm and Melbourne. This is its first visit to the UK, and Numen have worked in partnership with Migrations Cymru, which brings international contemporary performance to Wales, as well as Giving Nature A Home in Cardiff, a schools outreach programme delivered by RSPB Cymru and the City of Cardiff Council. Incidentally, this scheme is funded by the Welsh Government’s carrier bag levy in Tesco supermarkets (so you can feel a little less guilty the next time you forget your bags and have to buy one!). Quite fittingly, at the end of the installation’s time in Cardiff, the tape will be recycled and made into bird houses.

We queued for about 25 minutes for our turn, took our shoes off and climbed up the ladder into the entrance, unsure of what to expect. The first thing that hits you is how white and light it is; you can’t help but touch the tape, amazed at how something so simple can become so strong. The entire structure is made entirely of sticky tape and nothing else, and took a week and a half for a group of volunteers to construct. 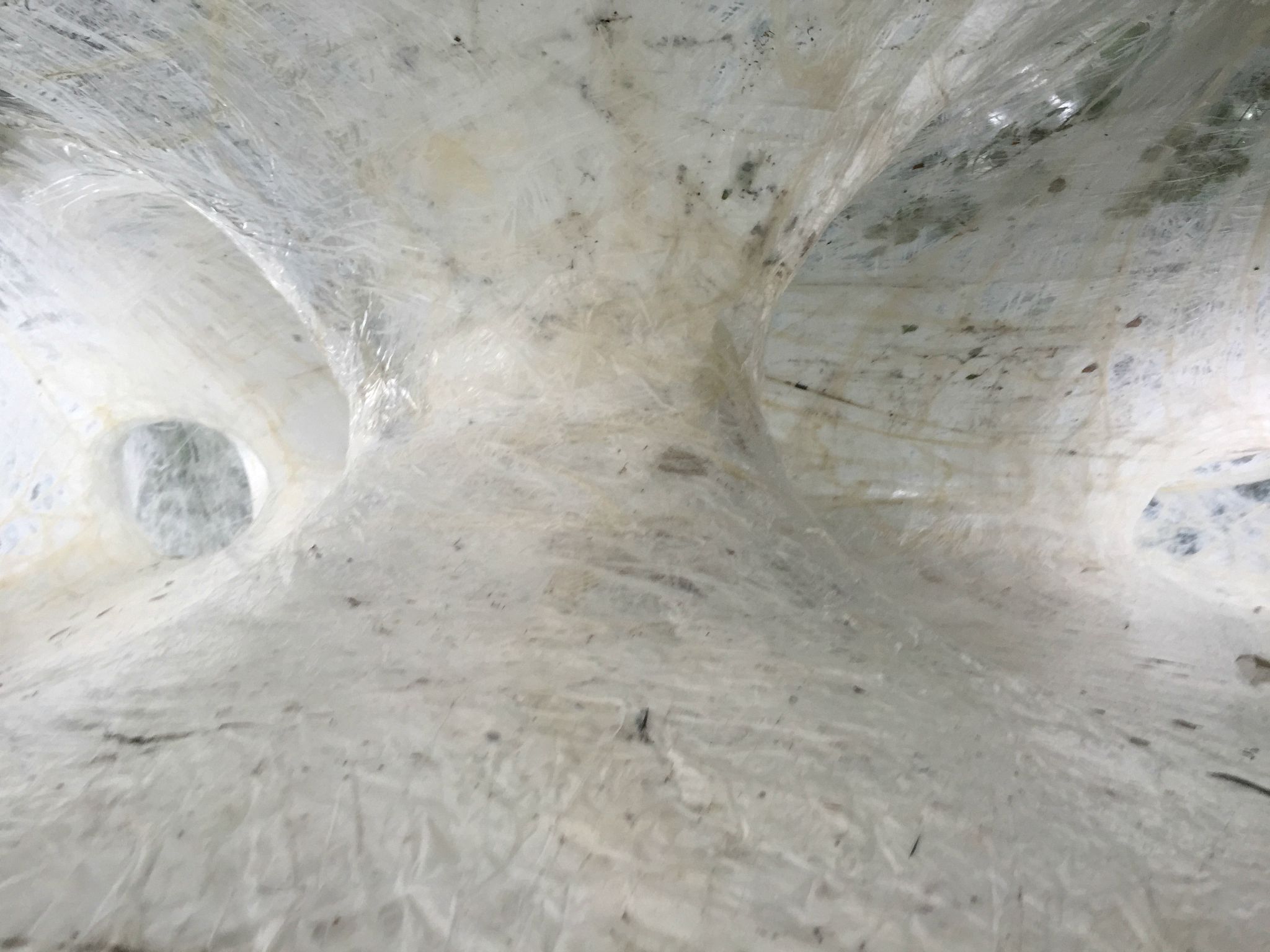 The structure takes five people at a time – although younger children count as half an adult, so my friend and I plus our five children were able to explore it together. Children under 10 must be accompanied by an adult, although quite frankly I found this whole concept so intriguing, I would have gone in anyway.

I wasn’t sure what Baby Boy I, my 16 month old, would make of it. As you come into the tunnels, there’s a bit of a slope to the left, so I had to hold on to him tightly to make sure he didn’t slide down it, but the rest of it, he was fine. He thought it was hilarious and laughed his way round it. It would be difficult with non-mobile babies though, as it’d be tricky to carry them around. 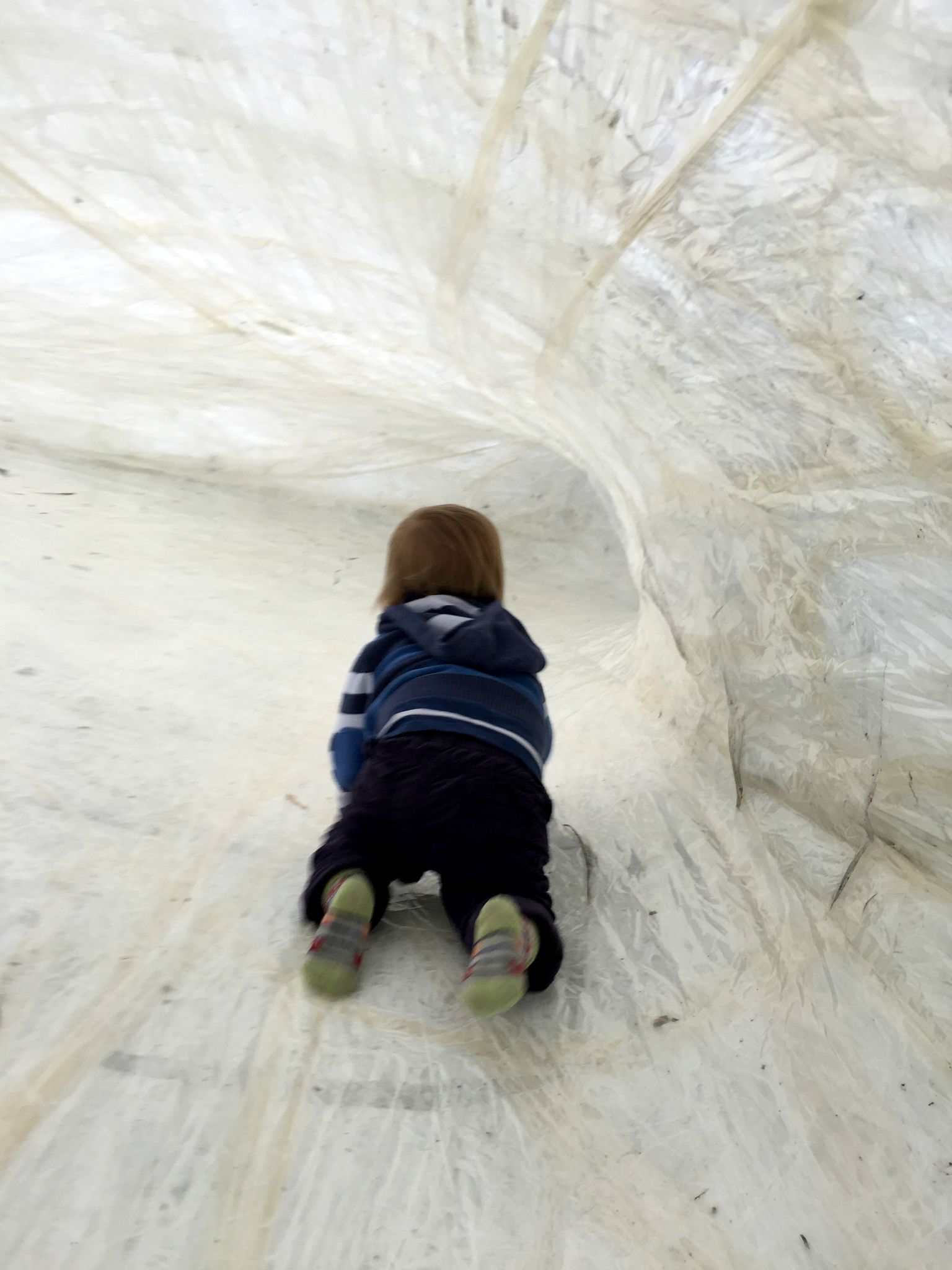 My two other children, 5½ year old Little Miss E, and 3¾ year old Little Man O had great fun walking around with their friends – there’s no jumping or running inside. At busy times, you get two laps of the installation. It would have been nice to have spent more time inside, but I think two laps is about right considering how busy it is at the moment, and it means the queue moves quickly for those waiting. 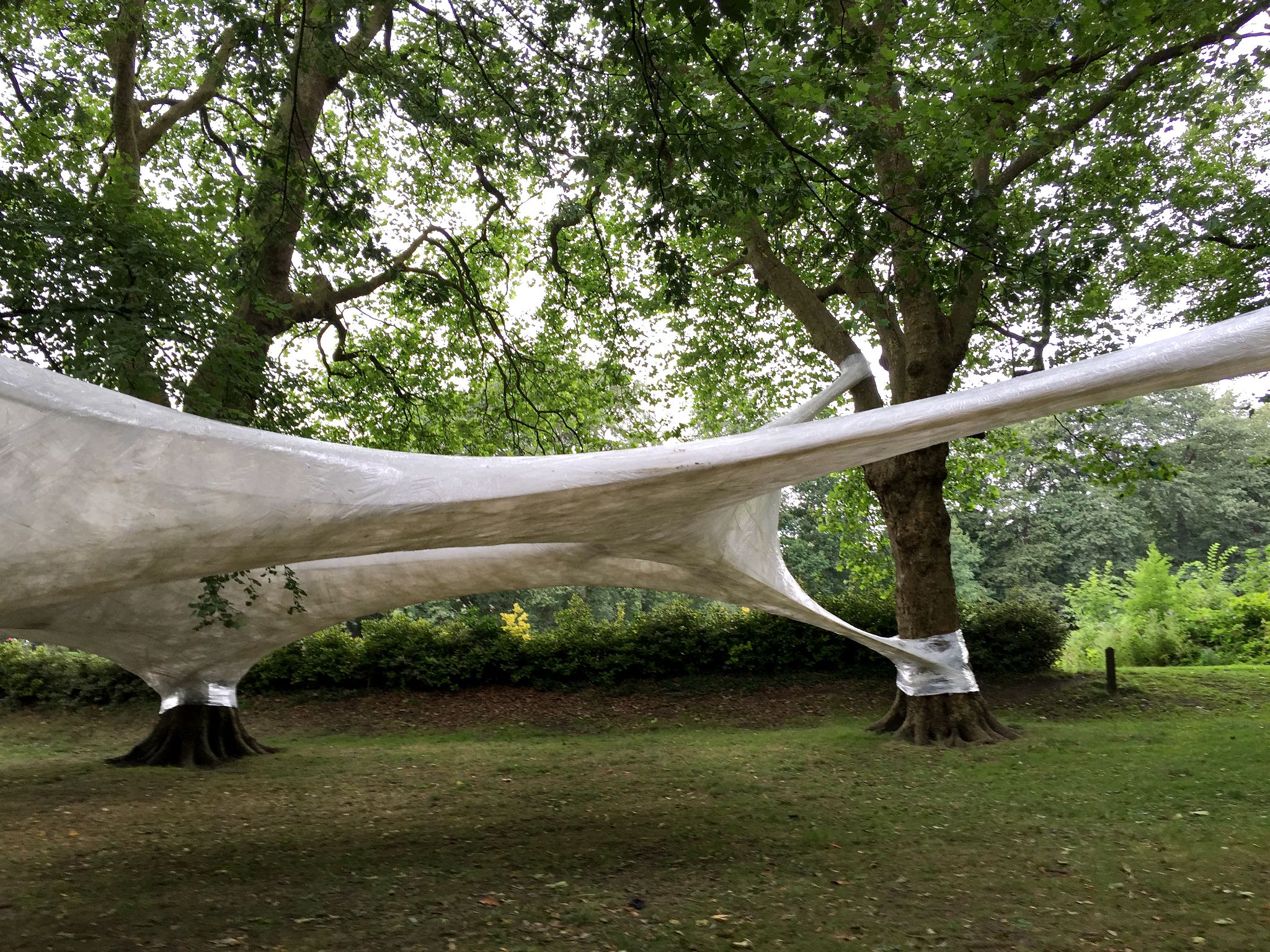 We were only inside for a few minutes, but my children haven’t stopped talking about it. Taped is such a fascinating and fun experience that which lead to all sorts of other discussions about insects and how they make webs and cocoons.

We then spent the rest of the day at Bute Park, climbing trees, running around, having a picnic and generally exploring one of Cardiff’s most famous outdoor spaces, with a new-found respect for any spider’s webs we encountered.

Tape is at Bute Park, Cardiff until 31st August, located near the West Lodge entrance and Pettigrew Tea Rooms. It’s open from 8am-8pm and is free to visit.

Have you been to Tape? What did you think? Do let me know in the comments section below, on the Cardiff Mummy Says Facebook page or by tweeting me on @cardiffmummy

Or check out how we got on with our recent visits to Cosmeston Lakes and Fforest Fawr Sculpture Trail, both free to visit.

8 Comments to Tape: What’s it like inside Bute Park’s giant spider’s web?