The Ugly Duckling at the Sherman Theatre is a wonderful piece of theatre for young children and their families. We went along to the press performance this afternoon and although at 10 and eight my two eldest children are older than the recommended age guidance of three to six year olds, they sat enchanted by this beautiful and heartwarming show, and seemed to enjoy it almost as much as their five year old brother.

Adapted from the Hans Christian Andersen fairy tale by Katherine Chandler, we first saw The Ugly Duckling at the Sherman way back in December 2014 (you can read that review here). My children were then five, three and just nine months. Amazingly the eldest two still remembered parts of the show, most notably one of the songs, “The world keeps turning around and around” and the loud “honk” sound made by the ugly duckling. It just goes to show what an impact live performance can have on children. 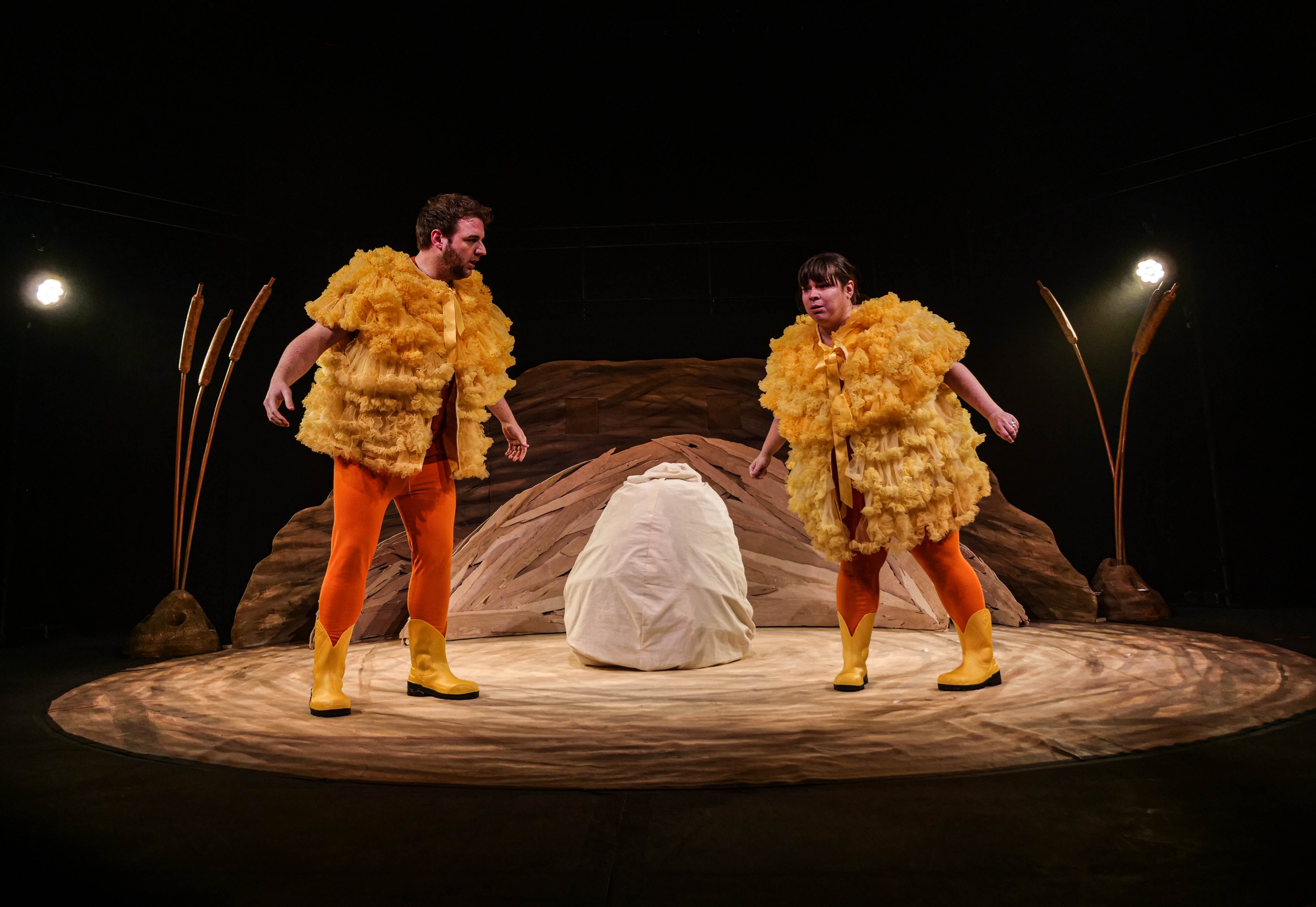 Under the direction of Sara Lloyd, the show has changed somewhat since we first saw it. The costumes and set are completely different, but it’s still just as lovely as we remember, funny at times and with an underlying message that it’s okay to be who you are.

Jed O’Reilly performs the role of the ugly duckling with such a wide-eyed enthusiasm. Even though all the other animals he meets (two chicks, a hen, a cat, and a dog, all played by Mari Beard and Tom Blumberg) tell him he’s ugly and strange he puts on a brave and happy face. He’s very endearing. Beard and Blumberg are such charismatic performers with great interaction between them. Beard’s turn as the egg-laying hen with the wonderfully big bottom is particularly well-received by the young audience

The scenes where no words are used – the beginning where the duckling hatches out of his egg, for example – show just how much can be communicated with actions and intonation alone as the chicks quack, while the duckling can only honk. The young children loved joining in with the honk sound. 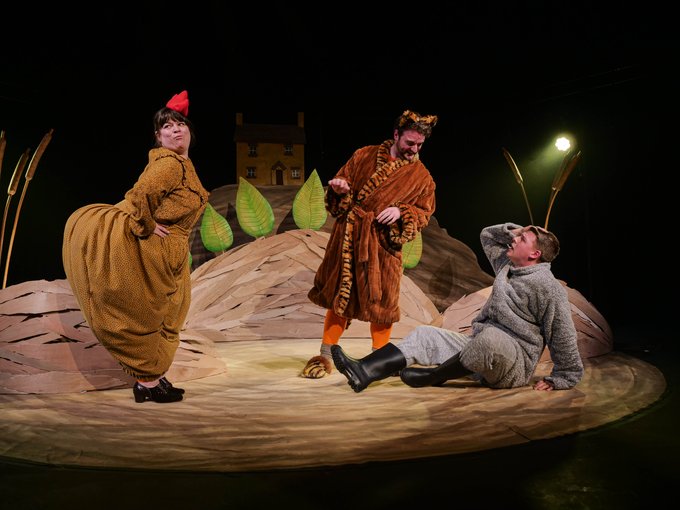 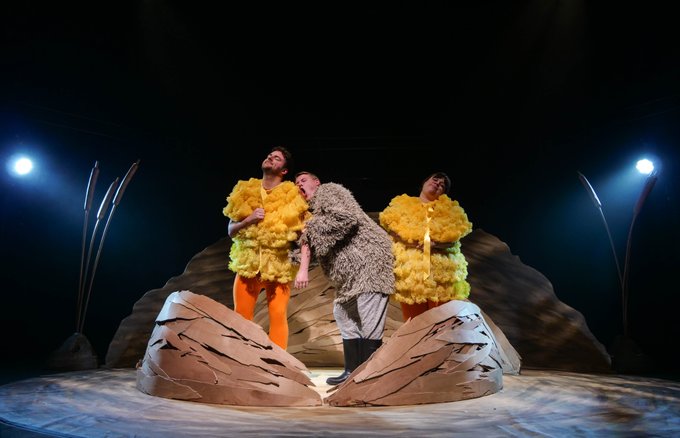 At just less than an hour in length and performed in the Sherman’s smaller studio space, The Ugly Duckling is a great first theatre experience for older toddlers and pre-schoolers. The atmosphere is informal, with children invited to sit next to the stage on comfy cushions, or further back in the unreserved seating. The cast of three start talking to the children before the show has formally started, creating a relaxed and welcoming environment that puts the youngsters at ease. You can also see the show in Welsh, as Yr Hwyaden Fach Hyll.

If you’ve already for tickets, you’re in for a treat. If you haven’t got them, we really recommend booking. This is a festive treat that will leave you warm and fuzzy inside – and your children honking for the next few weeks too. 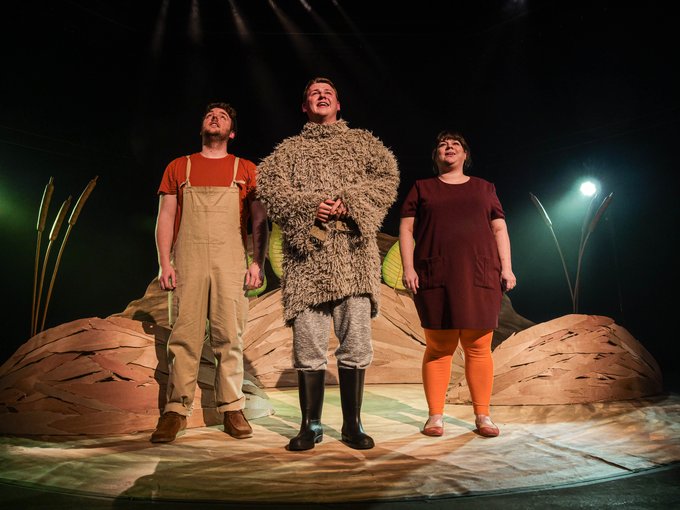 The Ugly Duckling and the Welsh language Yr Hwyaden Fach Hyll are at the Sherman Theatre until 31 December. Tickets cost £9.50. Book online here.

For older children aged seven and above, the Sherman is also staging The Snow Queen. You can read our review here.

Homepage » Cardiff » A review of The Ugly Duckling at the Sherman Theatre, Cardiff