I’ve been filming this morning with ITV Wales News, talking about how the rising costs of childcare in Wales affect life for working parents.

A report this morning from The Family and Childcare Trust revealed that childcare prices in Wales have risen more in Wales than anywhere else in the UK.

Here in Cardiff, a day’s childcare at a private day nursery will cost around £45-£55. If you have more than one child, it often isn’t cost effective for both parents to work.

Childcare costs have definitely affected my ability to work. In 2009, when I returned to part-time freelance journalism after having my first child, Little Miss E, now 6, I was paying around £40 a day in a private nursery. In 2012, when I returned part-time after having my second child, Little Man O, who is now 4.5, a price increase meant it was costing us around £85 a day for two children.

Since having our third child, Toddler Boy I, now 23 months, I do pretty much all my work in the evenings and weekends, and care for my children full-time. This is because the costs of paying for nursery for my two youngest children, plus an after school club for my daughter as well as holiday childcare for her, would mean a hefty chunk of my income would be eaten up by childcare costs. 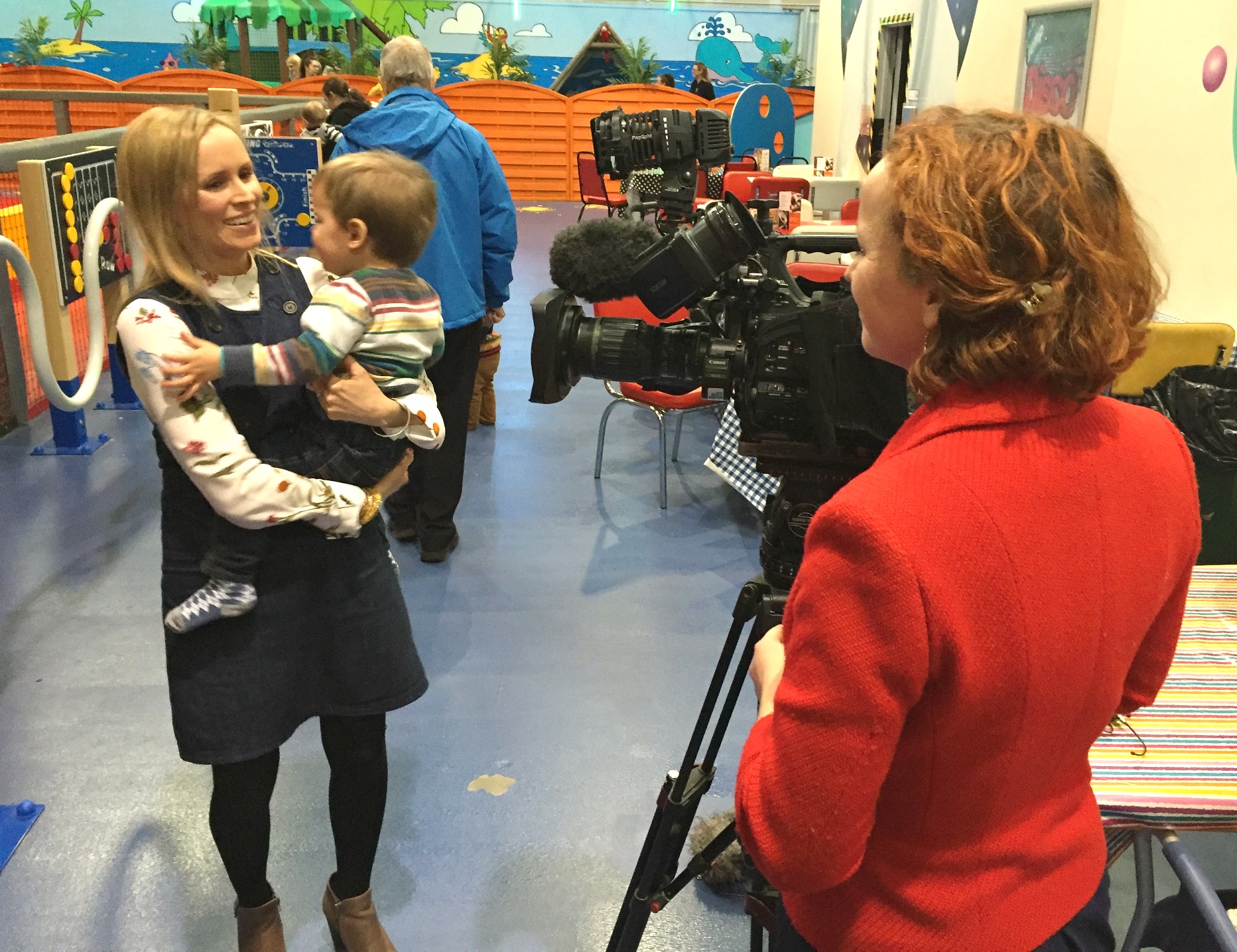 However, we live in a society where the cost of living seems to be determined by two salaries. House prices, family cars and holidays all seem to require two salaries to pay for them, not to mention the fact that bills, food and general expenses all seem to be rising faster than inflation.

I’m lucky that being self-employed means I can set my own hours and work around my children. It’s not ideal that I spend all day looking after them, and then settle down to work when they are all in bed – it’s knackering, for a start – but it works well for our family at the moment.

I know it’s a similar story for many of my friends who work and who don’t have grandparents able to look after their children.  (And the pressure on the amazing grandparents who spend their retirements looking after their grandchildren is another blog post entirely.)

Some of my friends – for example those who work in the NHS, where shift work is common – work opposite hours so that they don’t need to rely on childcare. The downside of this is that the parents rarely get to see each other and quality family time can suffer, but as one friend who did this tells me, “it’s only for a few years and it becomes a lot easier when they get to school”.

A number of my friends have taken the leap to self-employment, carving out careers that can fit in around their children. Others stop work entirely – some because they want to, others because there’s little point in them working merely to send their child to be looked after by someone else. I have some mummy friends who keep on working despite childcare costs meaning they take home hardly any of their salary because they know if they give up their job, it will badly affect their future career prospects.

Like I said earlier, my children are my responsibility and I don’t expect other people to pick up the flack for me. But I know I am not the only Welsh parent frustrated by the disparity between the situations in Wales and England.

There, pre-school children aged three and four are entitled to 15 hours of free childcare a week, which can be used in nurseries, playgroups and with childminders.

In a lot of Wales, such as here in Cardiff, pre-school children are entitled to 2.5 hours a day, every day of the week, in a state nursery school/pre-school. These are usually attached to a primary school and are different to the private nurseries a lot of parents use for childcare. Both of my eldest two children have benefitted enormously from these part-time places, especially as they are educated in Welsh, and Welsh isn’t out home language – but it hasn’t been easy fitting in work around it.

If you work and choose to take up the place, you either have to find a child care provider who is willing to take your child to and from school. You usually still have to pay a full day’s rate, despite the child not being there for 2.5 hours (understandably because the child care provider can’t realistically fill a space for 2.5 hours during term-time) and in the case of most nurseries, you have to pay an additional cost for this “wrap-around” service. Where a wrap-around isn’t available, some parents I know use their lunch hours to pick up the child from one nursery and take them to another. Others have to forgo the pre-school place entirely because they can’t make it fit around work.

Childcare costs in the UK are the second highest in Europe, behind only Switzerland, in part due to the high staff-to-children ratios. Most parents I know are happy that their children are being well looked after – but the downside of this is that the costs of high staffing are passed on to parents.

So what’s the answer? Welsh Labour has pledged 30 hours of free childcare for working parents of three and four-year-olds for 48 weeks of the year to support parents. But this depends massively on which party wins the Welsh Government elections – and we all know politicians don’t always deliver on pledges anyway. It also doesn’t do much to help families with children aged under three.

In the meantime, families across Wales will keep on juggling work around childcare, accepting that their income will take a hit during the early days and cutting back on household expenses where possible.

You can see the item on ITV Wales News Wales at 6 today at 6pm.

What do you think? Do childcare costs affect your working arrangements? Do let me know in the comments section below, on the Cardiff Mummy Says Facebook page or by tweeting me on @cardiffmummy

The outfit I’m wearing comes from Warehouse. You can read about it here