Thanks to Pieminister Cardiff for inviting us to review

There’s something so comforting and nurturing about pie and gravy. Especially on a Sunday. And especially when someone else is doing the cooking and clearing up.

We were treated to a family meal at Pieminister in Cardiff at the weekend. Quality family time while eating comfort food was exactly what we needed after a busy couple of weeks where we have been like ships passing in the night. 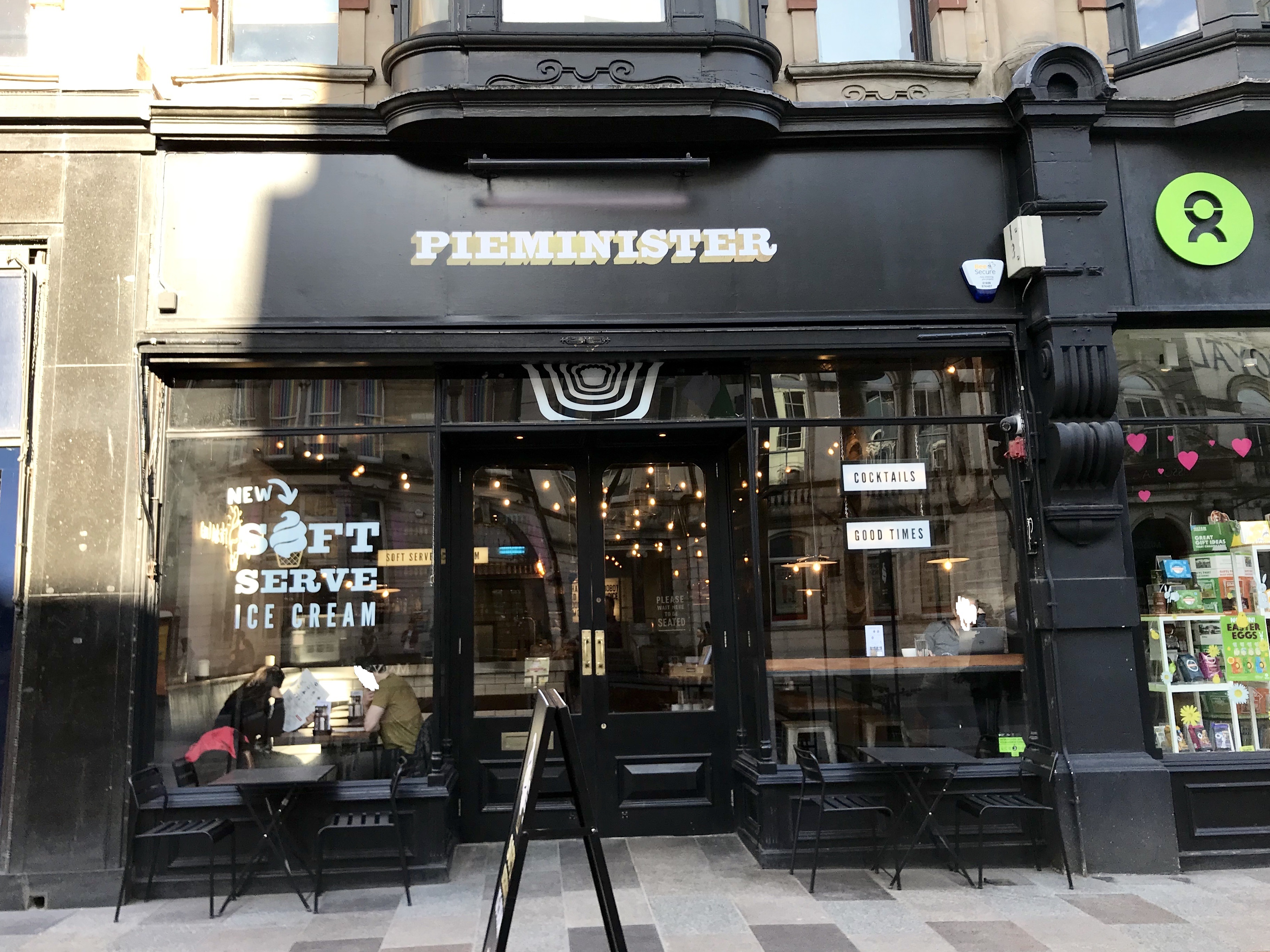 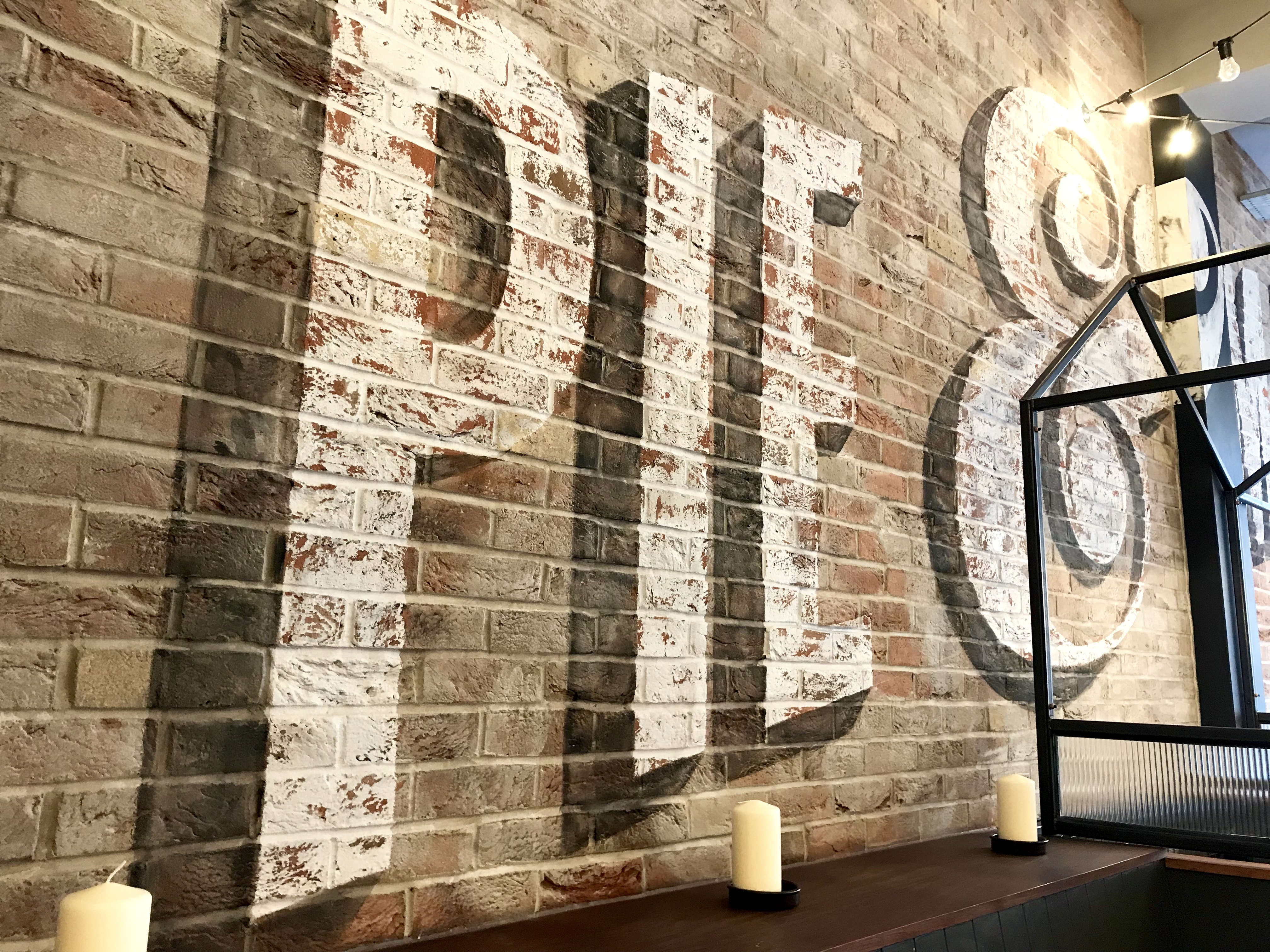 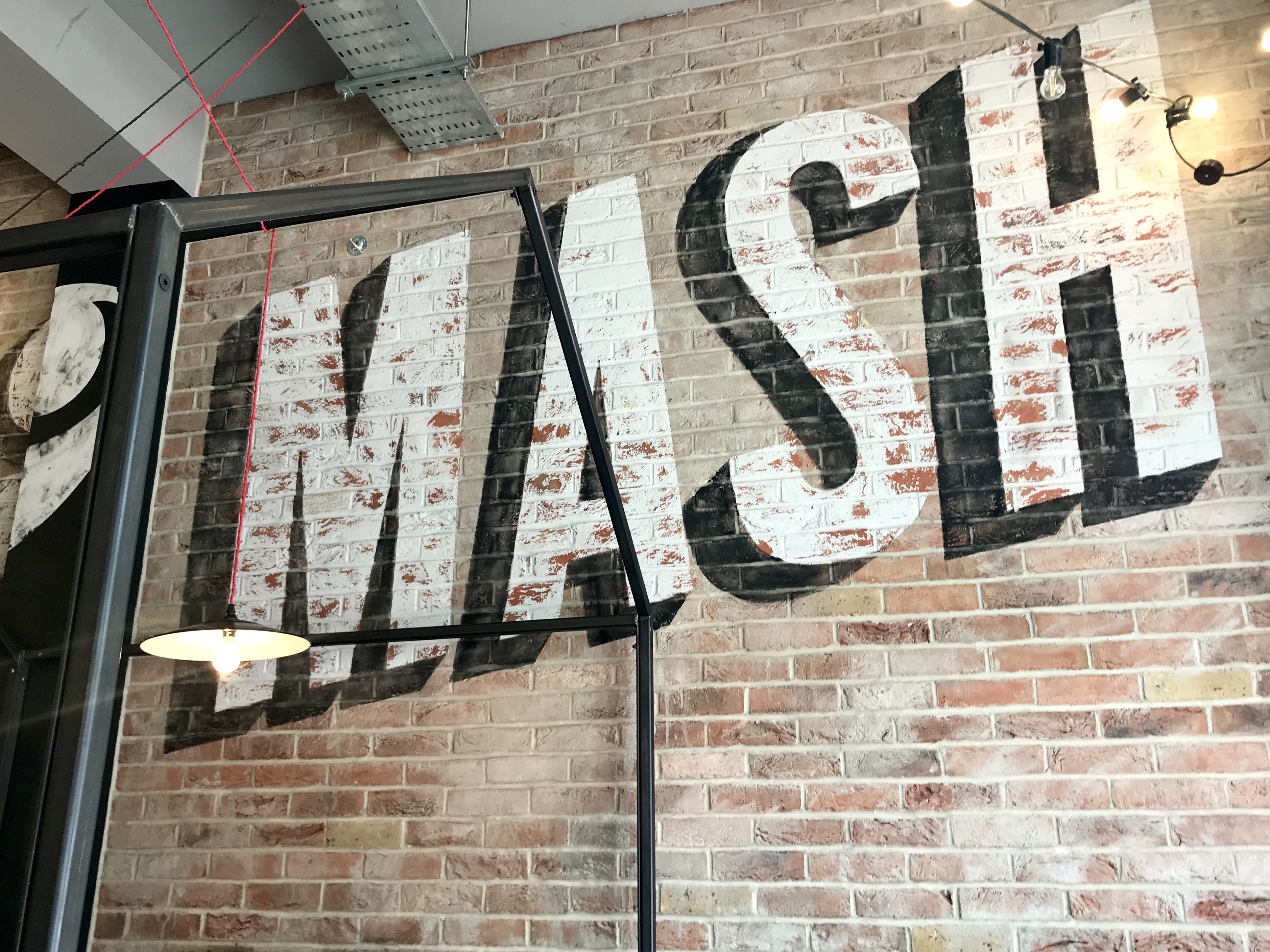 The multi award-winning company was founded by brothers-in-law Jon Simon and Tristan Hogg in Bristol’s hip Stokes Croft area in 2003. They now have restaurants across the country and their products are stocked in various pubs and supermarkets. The Cardiff branch opened in 2014. Their pies use responsibly-sourced ingredients including 100% free range British meat and eggs. They have a selection of Vegetarian Society and Coeliac Society approved pies as well as their new vegan pie which carries the trusted Vegan Trademark. The company’s Romany Simon (Jon’s wife and Tristan’s sister) says the company has a real family ethos and they have always had their own children in mind when creating new pies and designing their restaurants.

We arrived at around 12.30pm when it was just starting to get busy with a mixture of families, couples and groups of friends. 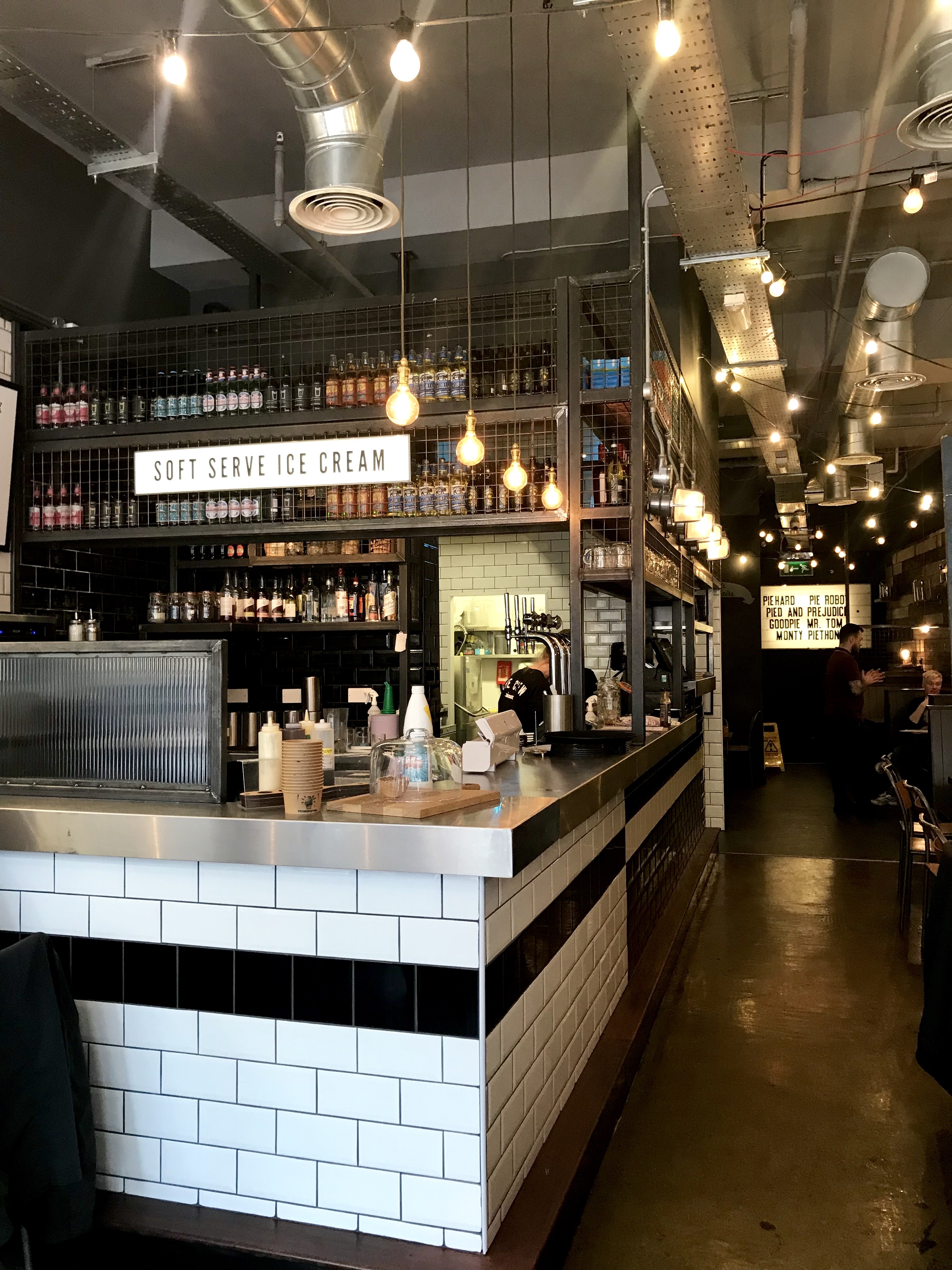 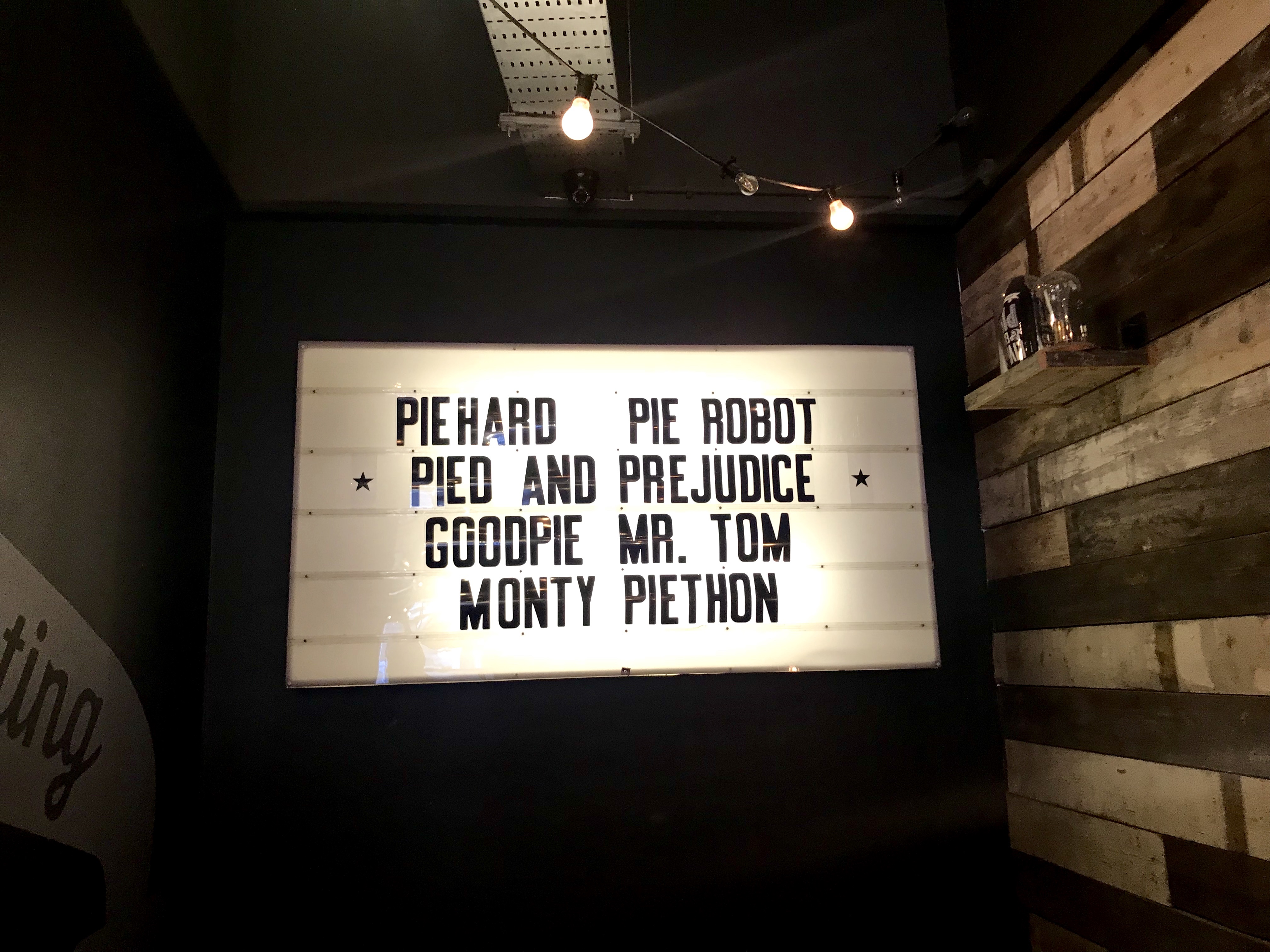 The St Mary Street restaurant has a lovely vibe, with exposed brick walls featuring some brilliant art. The words Pie & Mash adorn one wall; while another has a number of pie-themed puns on classic film and book titles.

We were lucky to be seated in one of the booths on the ground floor (there’s extra seating downstairs). I’ve always really appreciated booths when eating out as a family; the semi-private areas are great if you’re worried about your children disturbing other diners.

My children were immediately given ‘Pie-rate’ menu activity sheets and a pot of pencils which kept them entertained while we ordered and waited for our food. 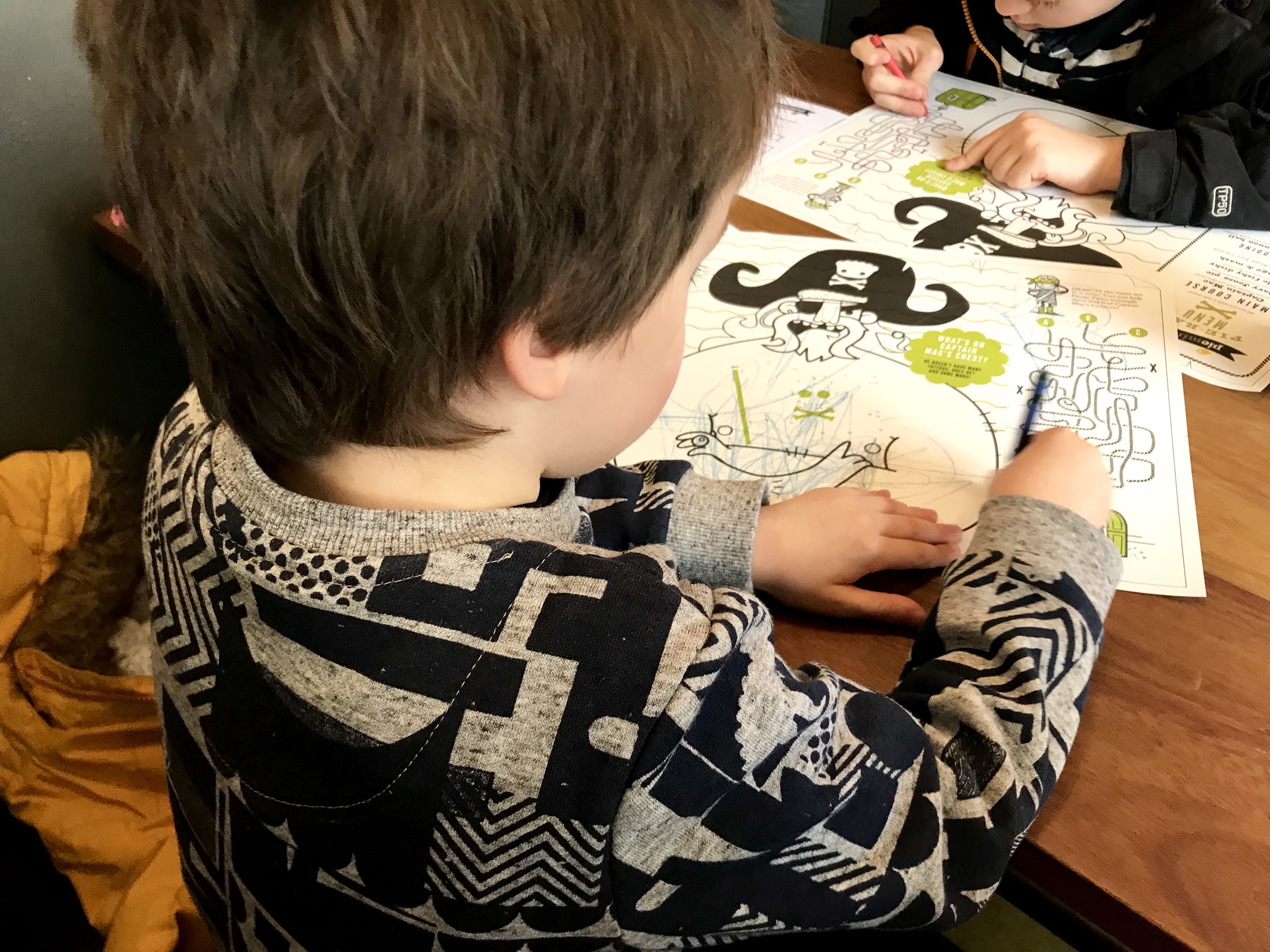 Our waitress explained the menu options – you can order a pie and gravy (£5.50) and then choose various accompaniments such as minted mushy peas, mash, chips, onion rings, each individually priced. Or you can choose one of the different meal deals which includes a pie and various combinations of sides – starting from Pie and a Side (£7.50) to Tower of Power (£14) which includes two classic pies, mash and minty mushy peas.

There are 10 pies on the menu including three vegetarian choices and one vegan. There’s also a gluten free menu with three of the most popular pies available without gluten. For those wanting a lighter meal choice, there are skillets (£7.50), which are pastry-free dishes baked in a cast iron pan.

Cardiff Daddy went for the Free Ranger pie – free range British chicken and Wiltshire cured ham pie with leek and thyme. He opted for the Mothership meal deal (£9.50) so the pie came beautifully presented on a bed of soft and creamy mash potato, accompanied by minty mushy peas, and topped with cheddar and crispy shallots. He was impressed with the amount of filling and the big chunks of chicken. 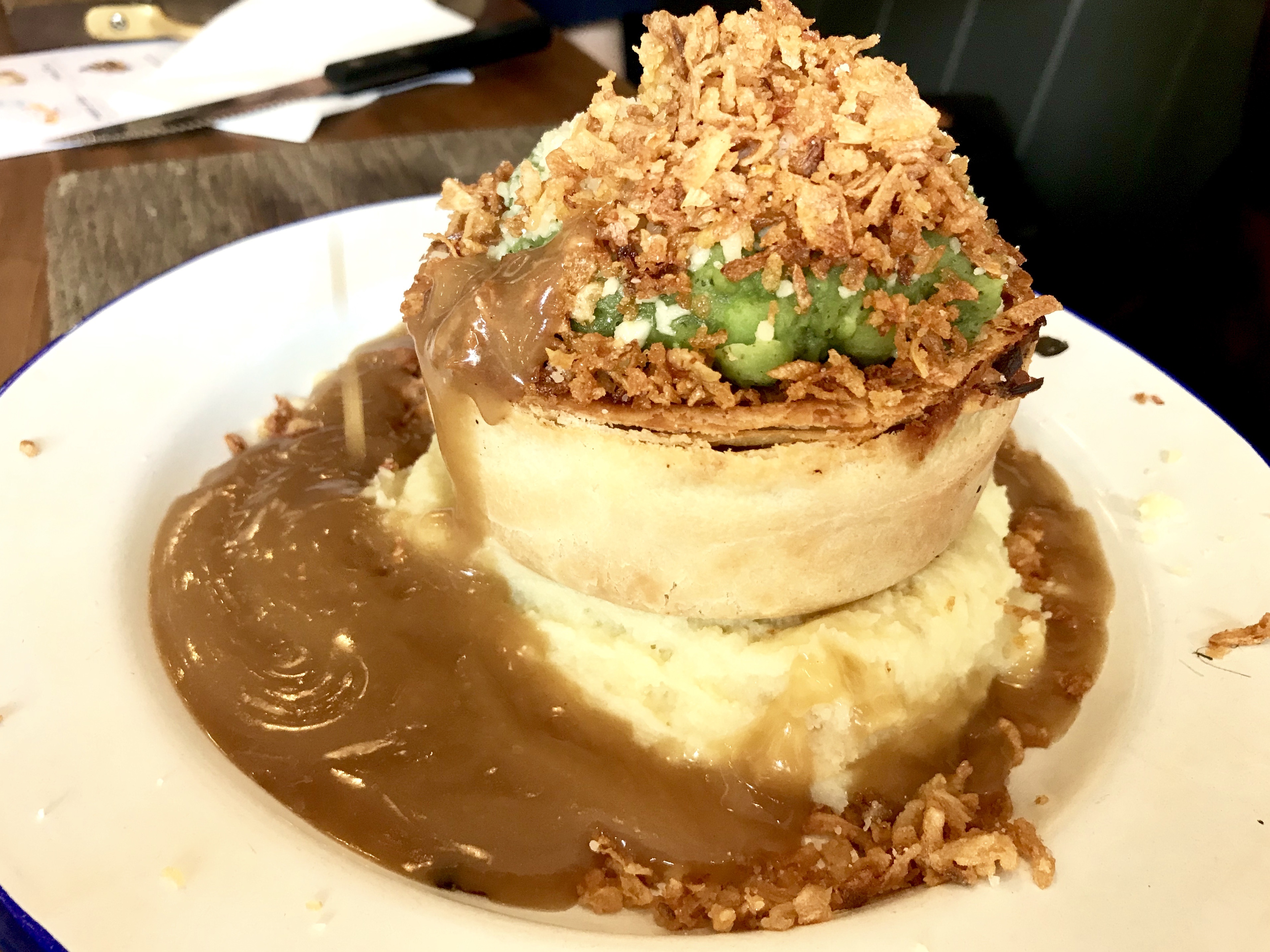 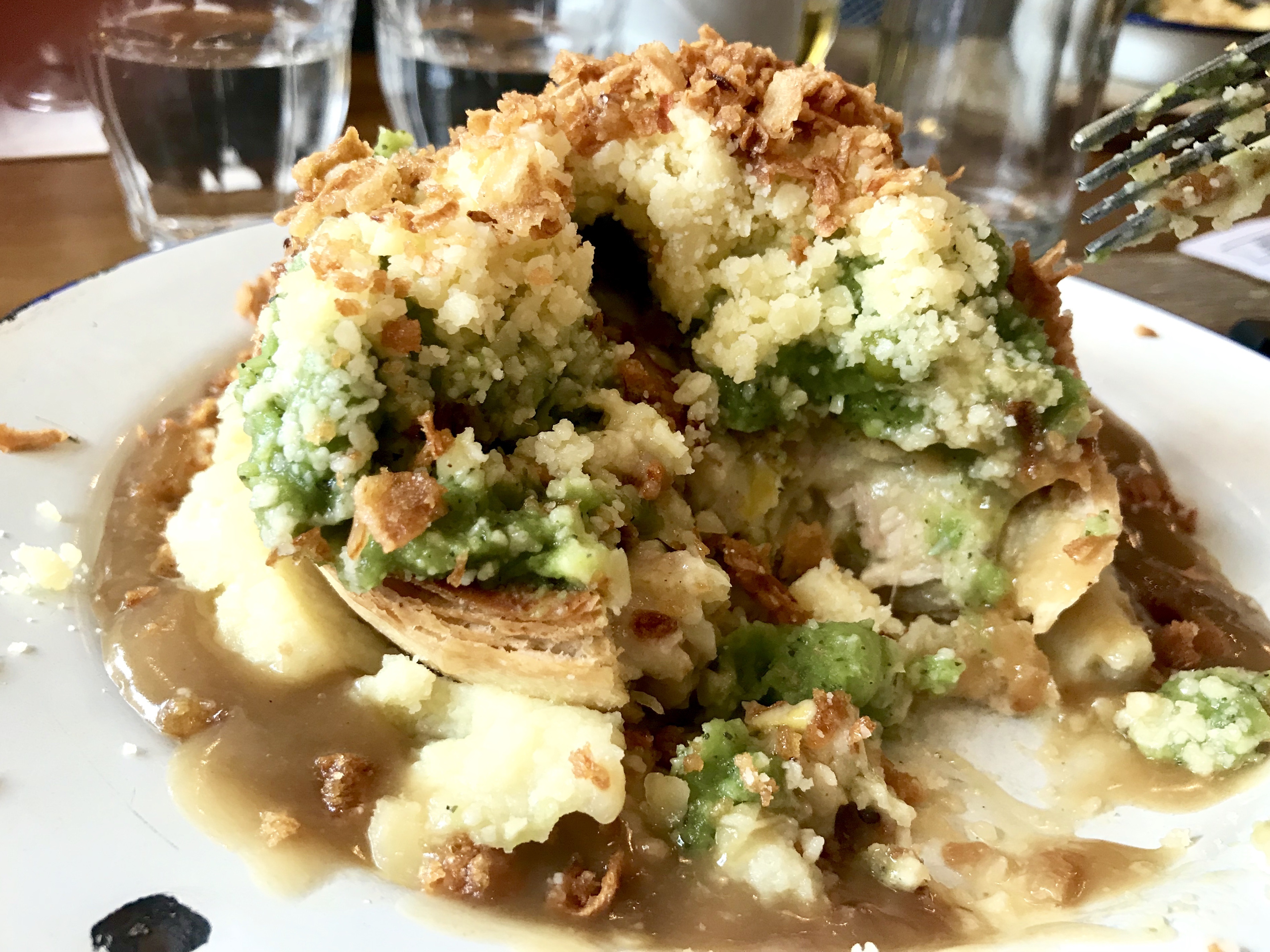 I’d wanted to try Pieminister’s new vegan pie ever since it was launched in January so I opted for that – although I was tempted by Roots Manoova on the skillet menu. This is a vegan gluten-free hot pot of roasted root vegetables, red wine and quinoa with a potato top. Maybe next time. 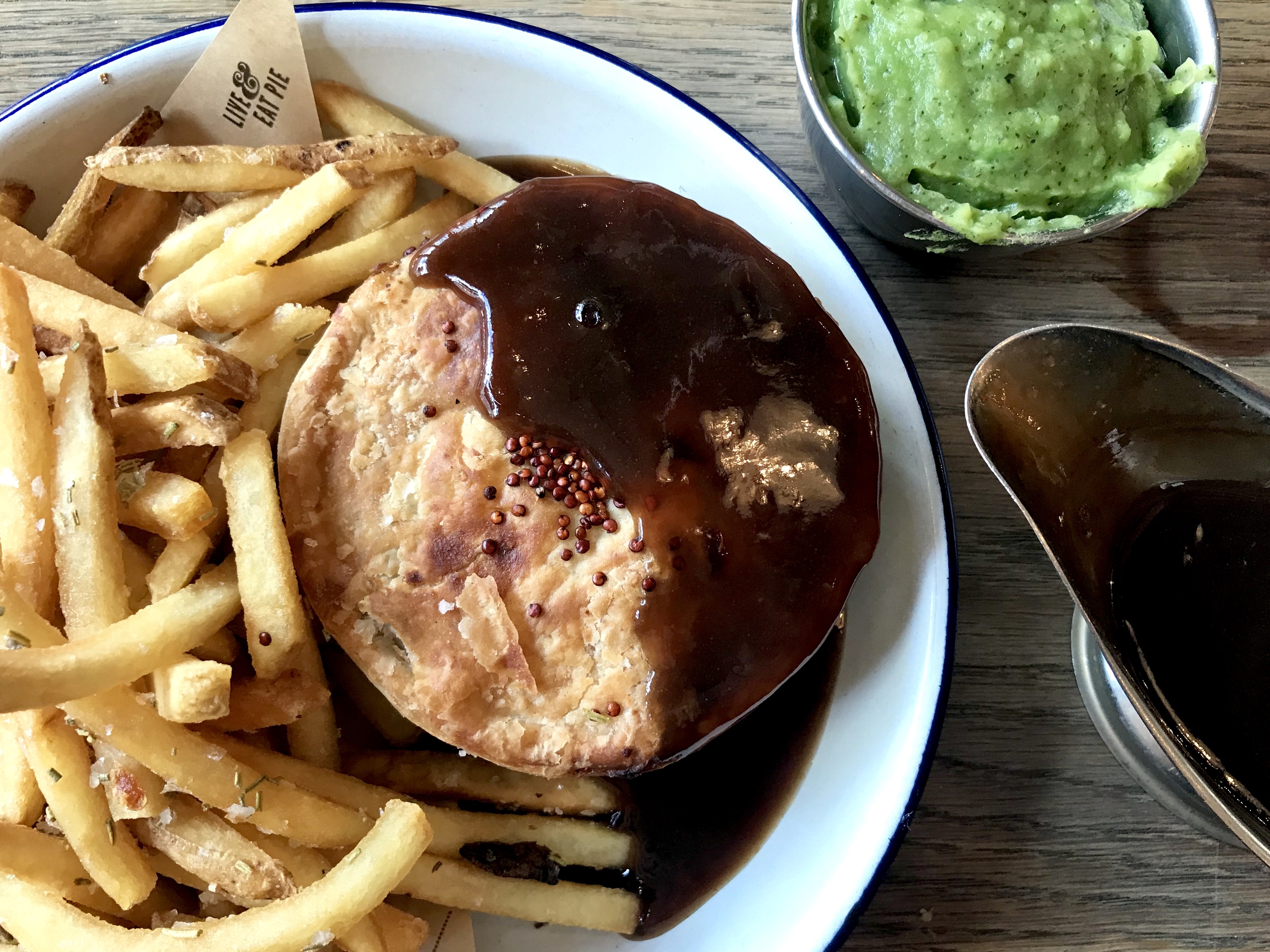 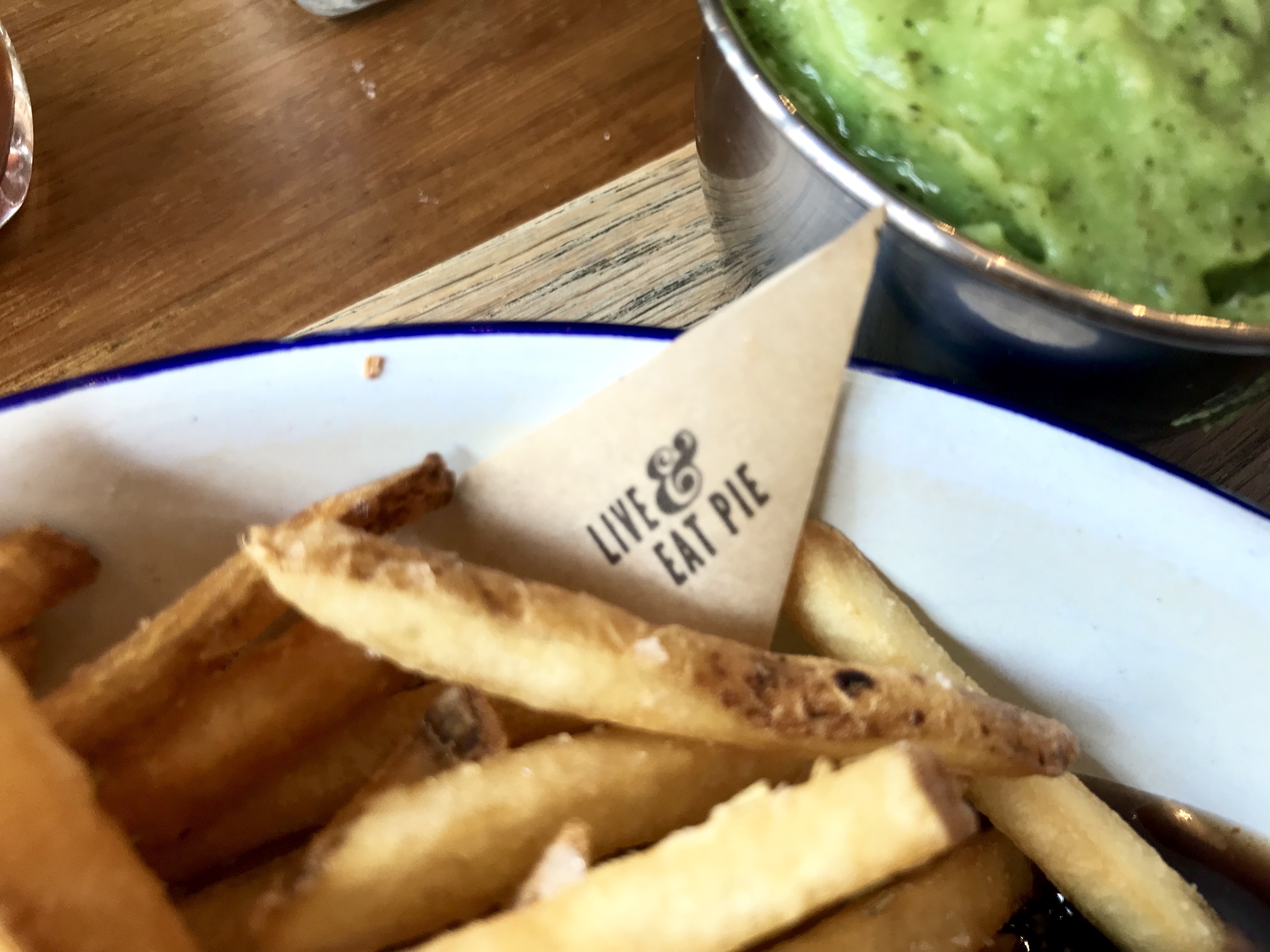 The vegan pie is called Kevin and has a rich filling of mushroom, tomato and red wine with baby onions and thyme. The only slight downside is that there’s no vegan mash available as yet so I accompanied my Pie and a Side of minty mash with skin-on fries with rosemary salt (£3.50). They were so flavoursome and delicious – but a mash option would have really made the meal for me. 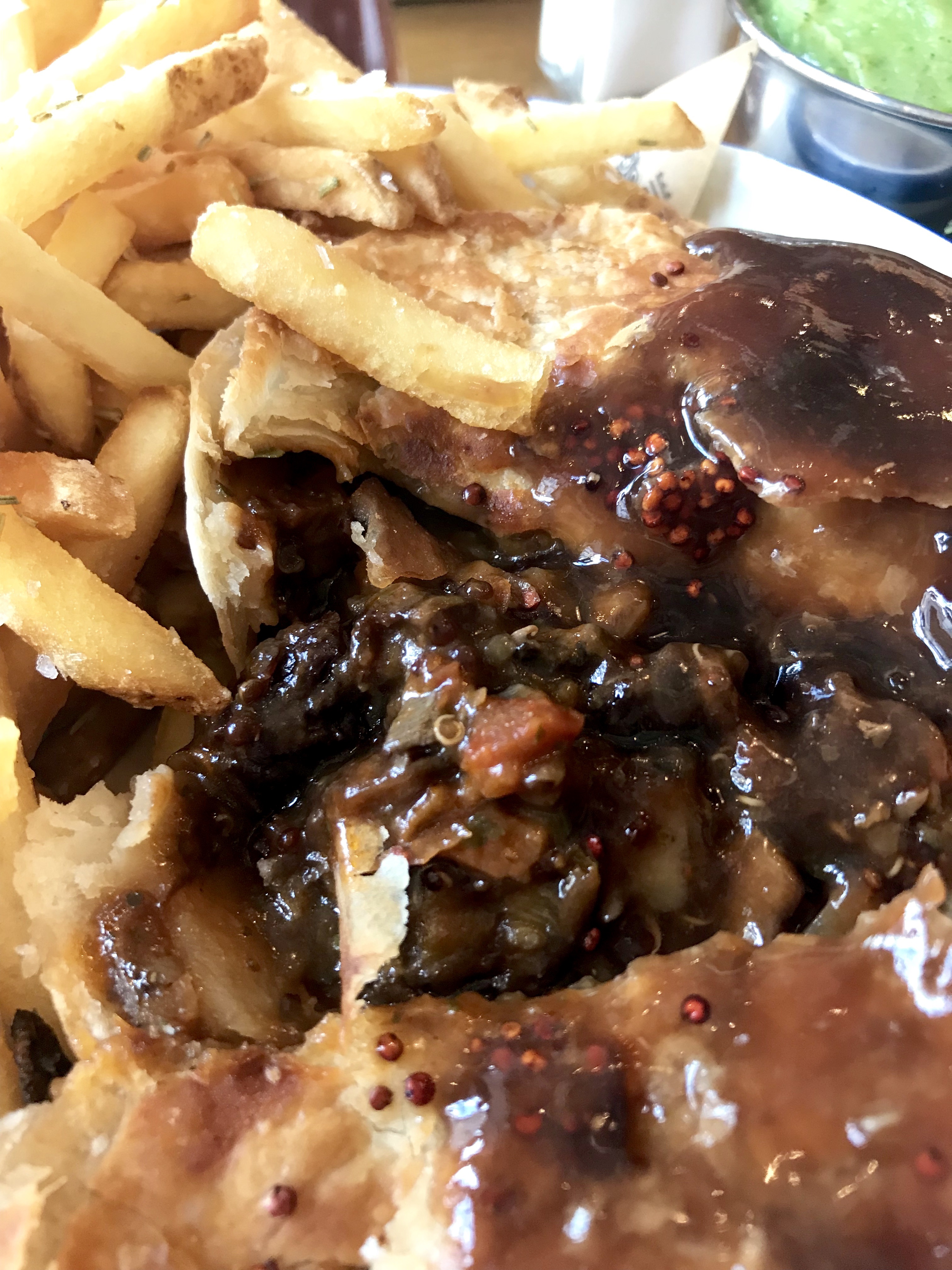 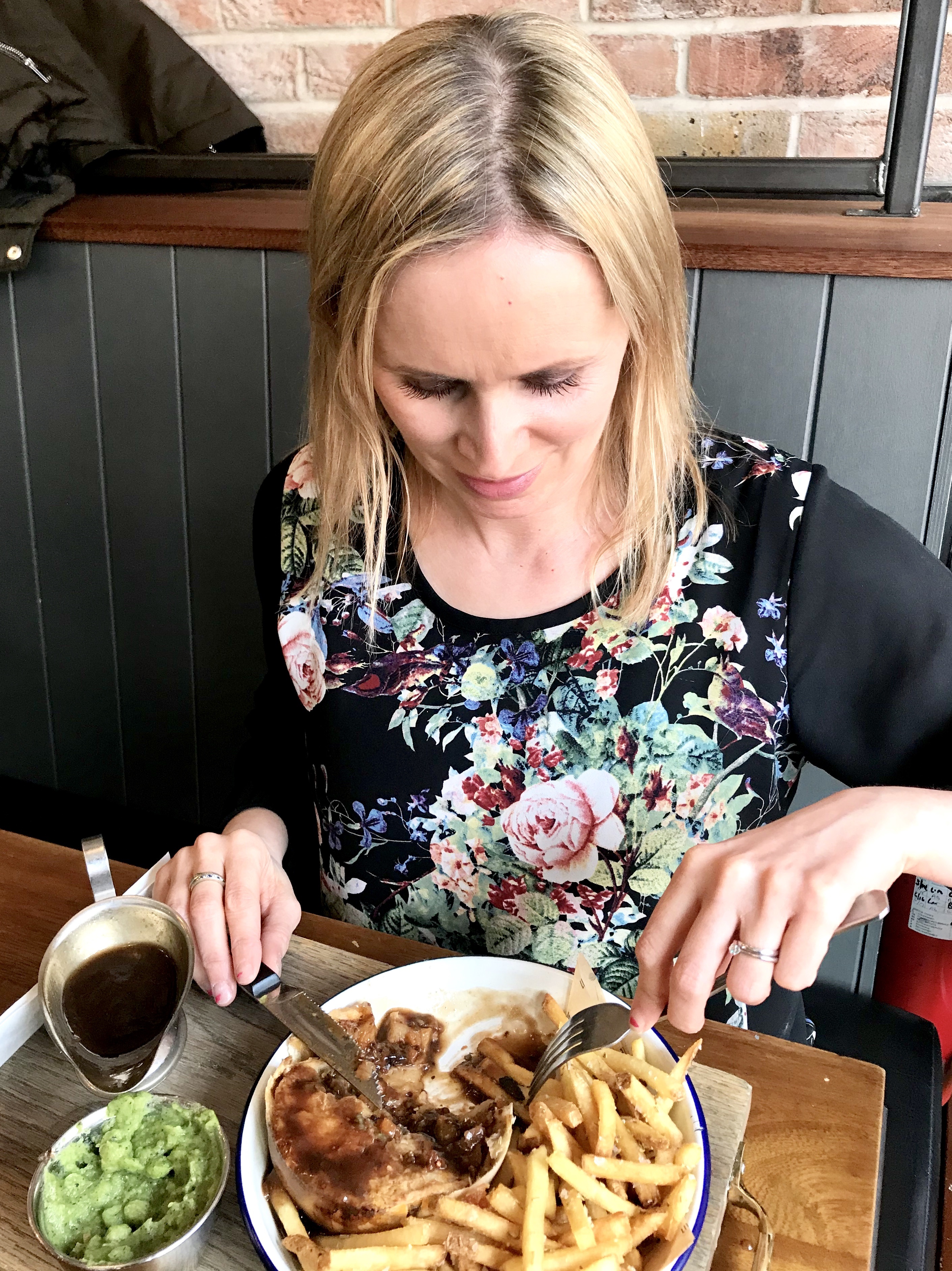 The children’s menu had a few hearty meal options including macaroni cheese; cottage pie with peas; fish pie with peas; and sausage and mash. Children’s meals cost £4.95 and include a soft drink plus an ice cream cannon ball for pudding. You can add a portion of chips for £1.50.

Both my boys opted for macaroni cheese which is one of their favourite meals. Little Miss E, age 8, had her heart set on a ‘proper’ pie and so ordered the Chicken of Aragon from the main menu – a pie filled with free range British chicken dry cured bacon and tarragon which she had accompanied by garden peas. It was definitely too big a portion for a child but she did a great job regardless. 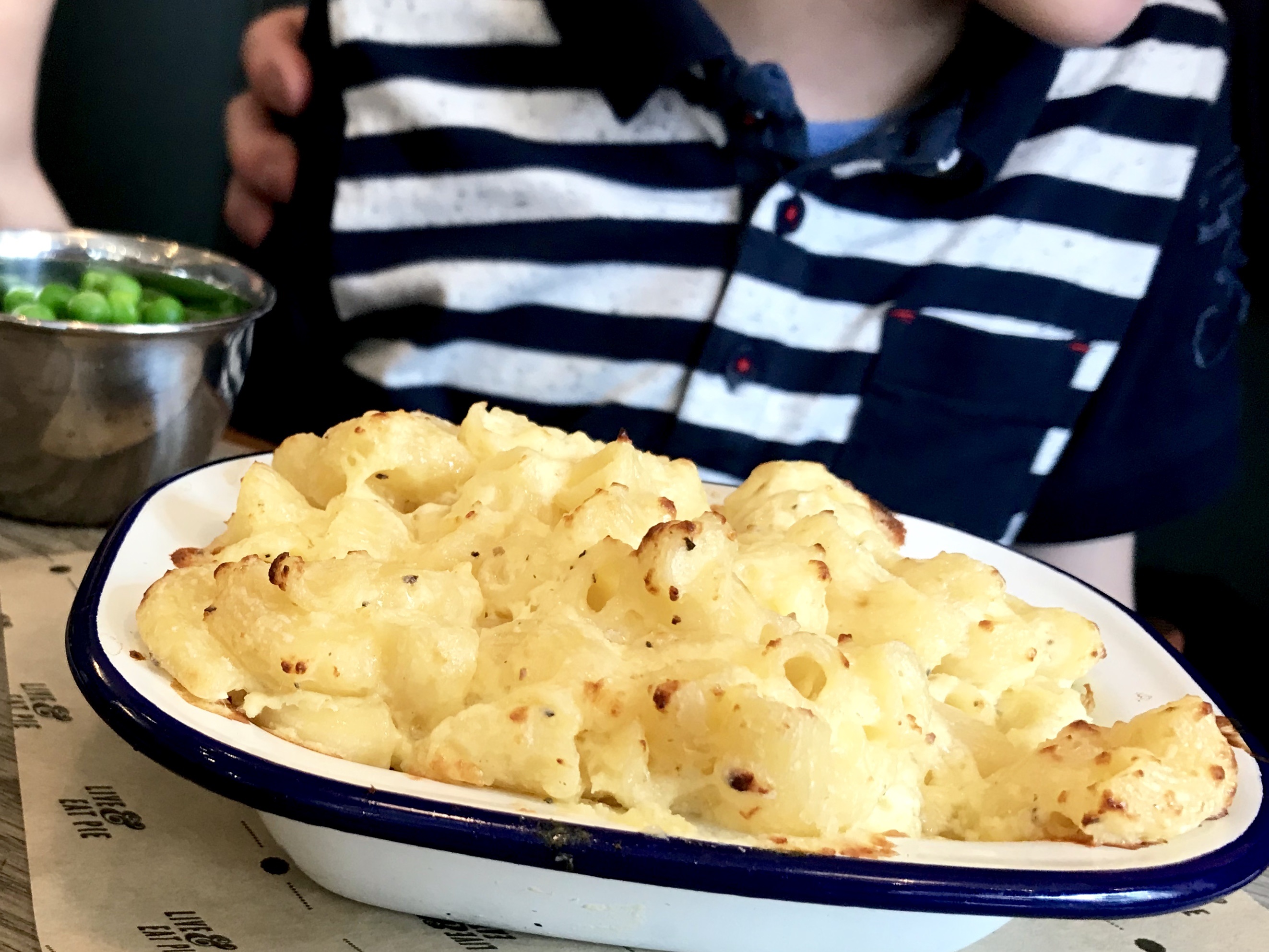 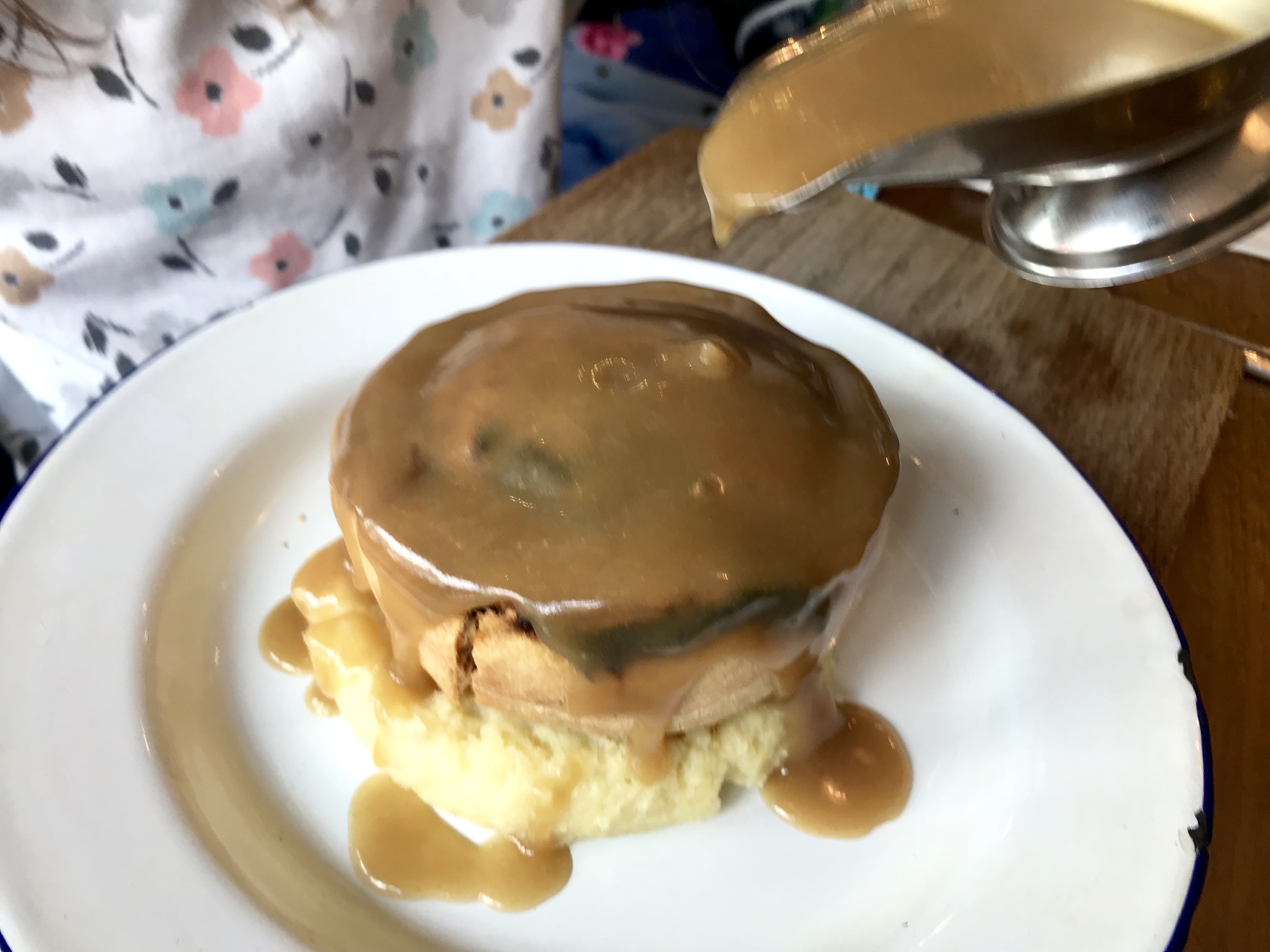 Cardiff Daddy and I were far too full for dessert but there’s range of soft serve ice cream sundaes priced £4.80 each. I couldn’t see a vegan option but for the hardier meat eaters the chain have just launched a new Pie Scream sundae which sees vanilla ice cream topped with apple, bacon and bourbon, maple syrup and a pork scratching.

My children had no hesitation in ordering dessert. The children’s menu includes an ice cream cannon ball – but as Miss E had ordered from the adult menu she asked for a chococurrant ice cream cone instead. And then of course her brothers wanted the same so luckily the staff let us upgrade. All three of them loved the brown and purple swirling blend of blackcurrant and chocolate ice cream served in waffle cones. 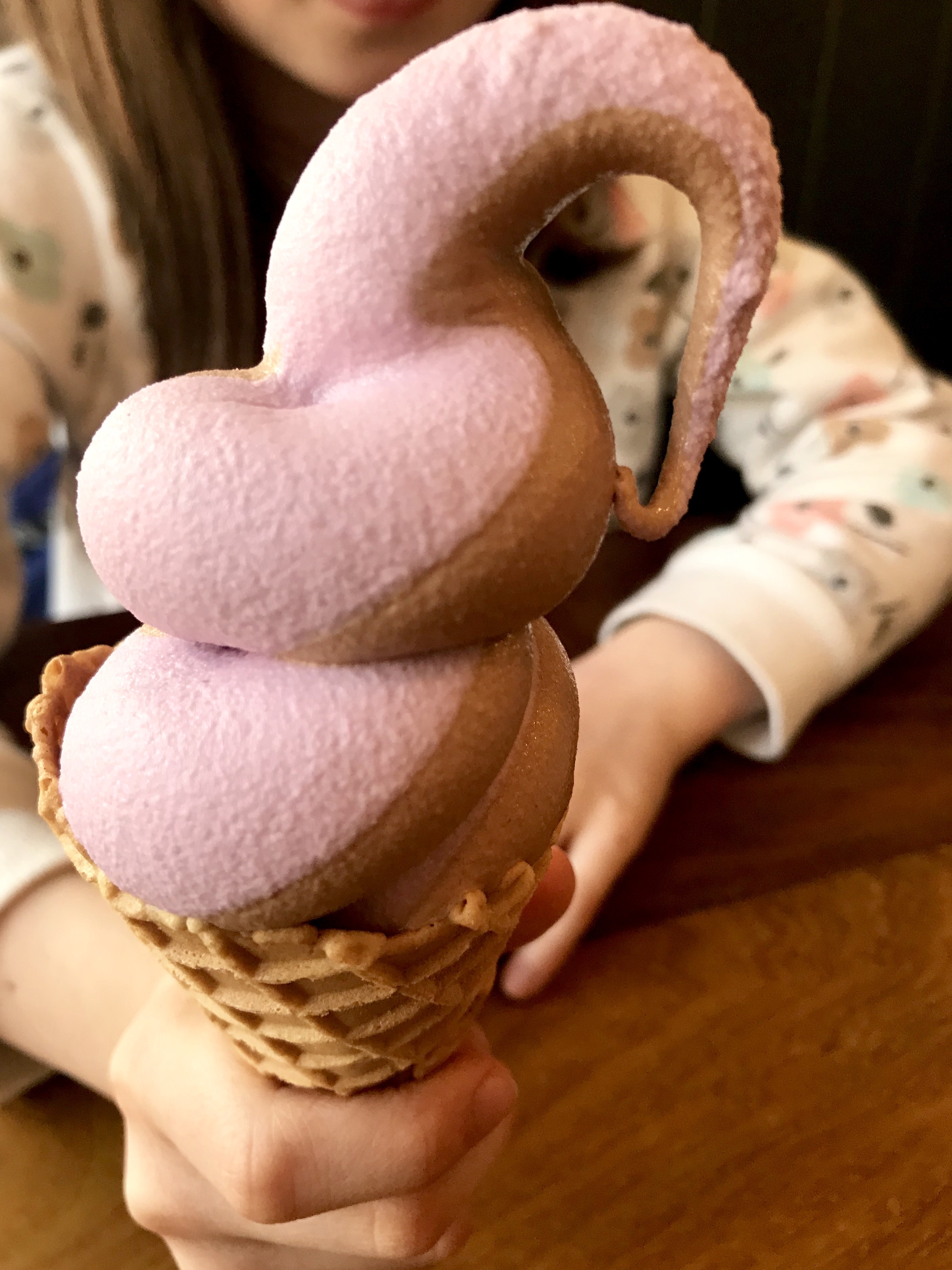 We were really impressed with our first family meal at Pieminister. The portions were generous and the food tasty and very filling. We’ll definitely be back. In the meantime though I bought a few pies to take home with us – all pies on the menu are available to buy ‘cold’ priced £4 each and are suitable for freezing. We are looking forward to having our own Pieminister nights at home.

As well as Cardiff, you can also find Pieminister restaurants in Bristol, Birmingham, Brixton London, Leeds, Nottingham and Sheffield and they are about to open in Liverpool. They also have Pie and Mash Cafes in Bath, Manchester, Oxford, London, Bristol and Stoke-on-Trent. Their pies also feature on the menus in an ever-growing number of pubs and are sold in selected supermarkets. See the full list of stockists on their website.

Have you been to Pieminister in Cardiff or elsewhere? Let me know what you thought in the comments below, on the Cardiff Mummy Says Facebook page, or by tweeting me on @cardiffmummy 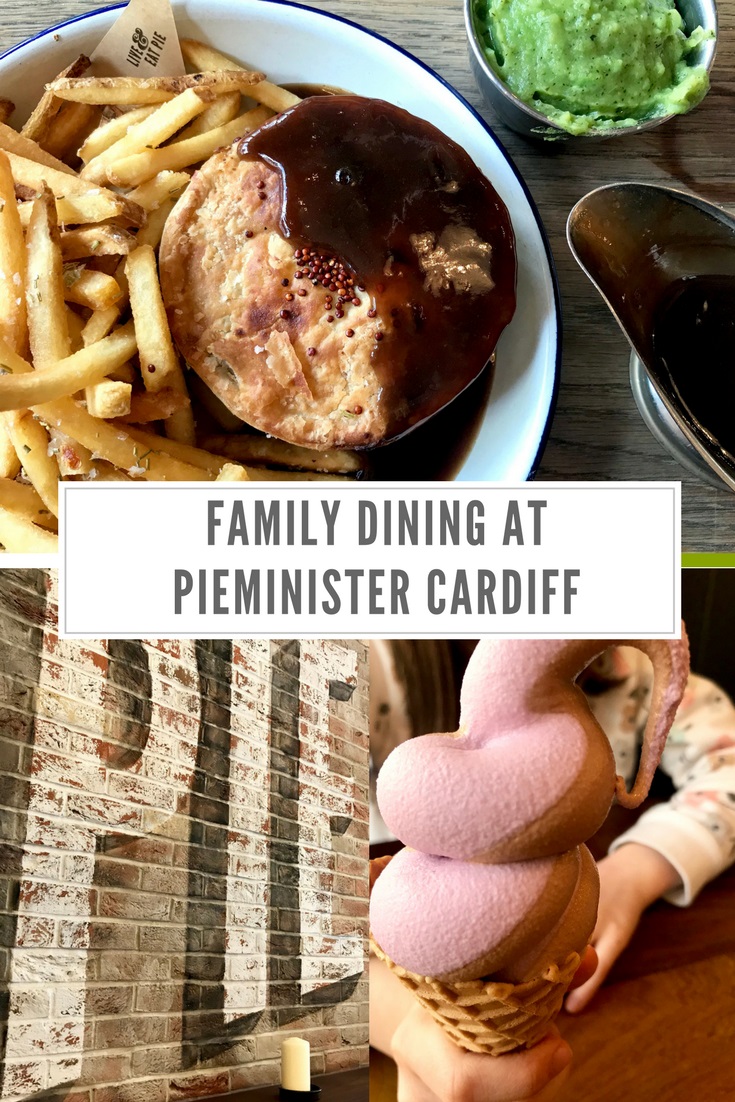 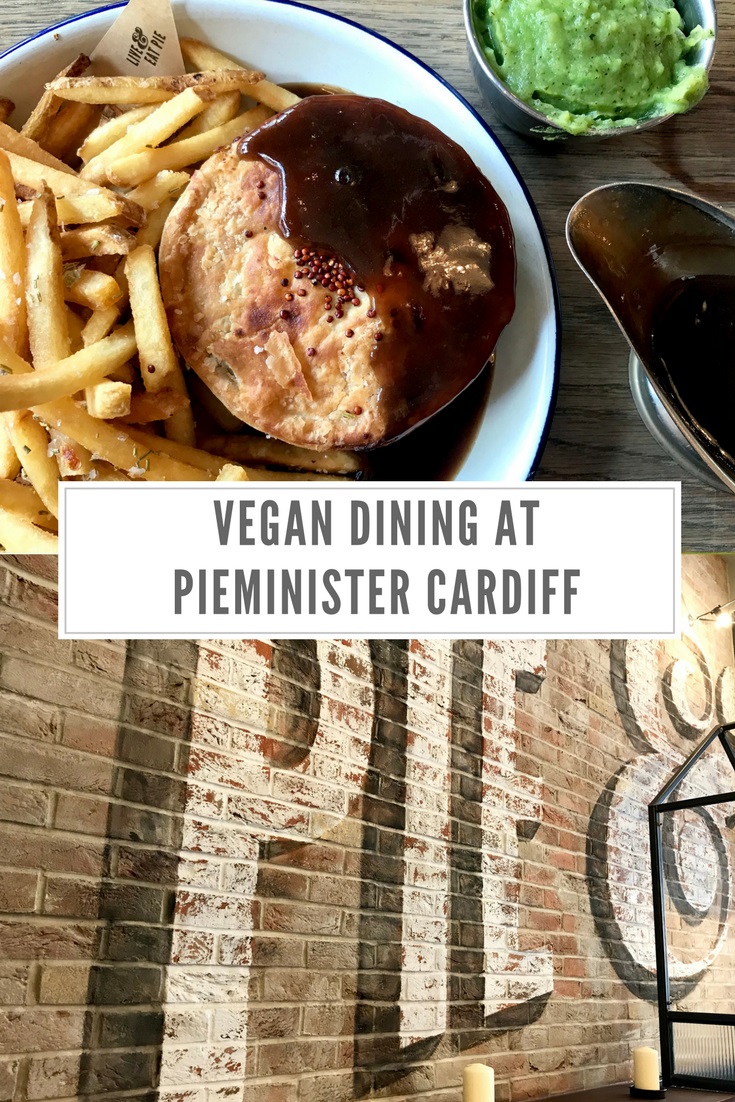