Climate change is the greatest environmental challenge our world has ever faced. Global temperatures are at an all-time high; 17 of the 18 warmest years on record have all taken place since 2001. This isn’t the natural cycles of warming and cooling – changes that would normally take hundreds of thousands of years are happening in decades.

It will impact us all, but the world’s poorest people are especially vulnerable. Extreme and less predictable weather patterns mean less food, decreasing access to safe water, and unstable living conditions, with women and girls more likely to be impacted by climate change.

Habitats of animals across the world are being destroyed by roads, cities, dams, deforestation and changing sea levels. Some species are showing signs of adapting, but global warming is happening so quickly that many of them can’t adapt quickly enough to keep up with these environmental changes. The Arctic is warming twice as fast as the rest of the world. Sea ice is melting and forming earlier and later each year. Populations of polar bears are likely to decline by 30% by the middle of this century – it’s harder for them to build their dens and feed their young.

The warnings are stark – last year leading climate scientists said we have just 12 years to limit global warming to a maximum of 1.5C and to avoid ‘climate breakdown’.

Man-made climate change is the biggest environmental crisis of our time.

We are the last generation that can do something about it.

This week is Wales Climate Week, from 2-6 November 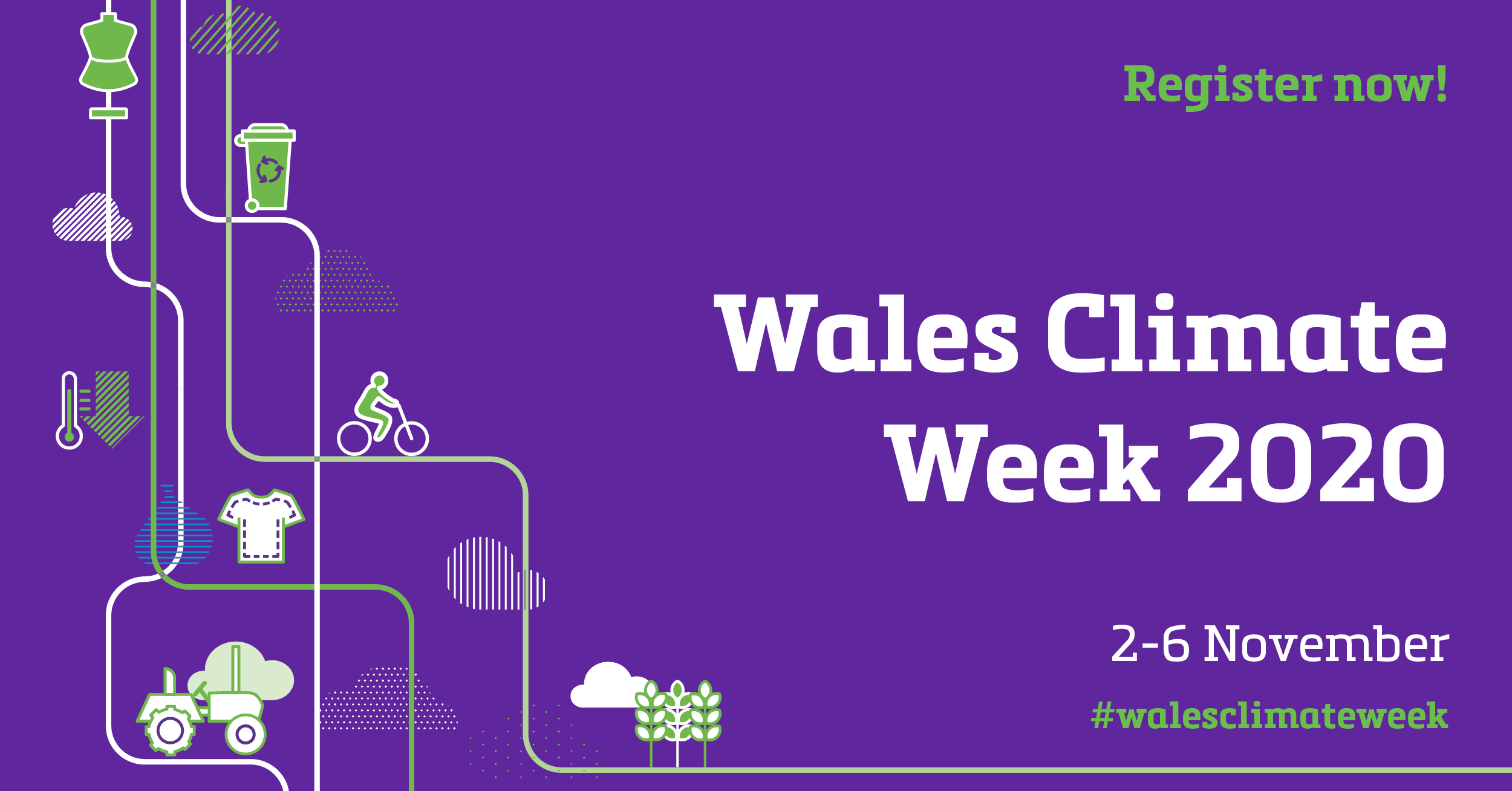 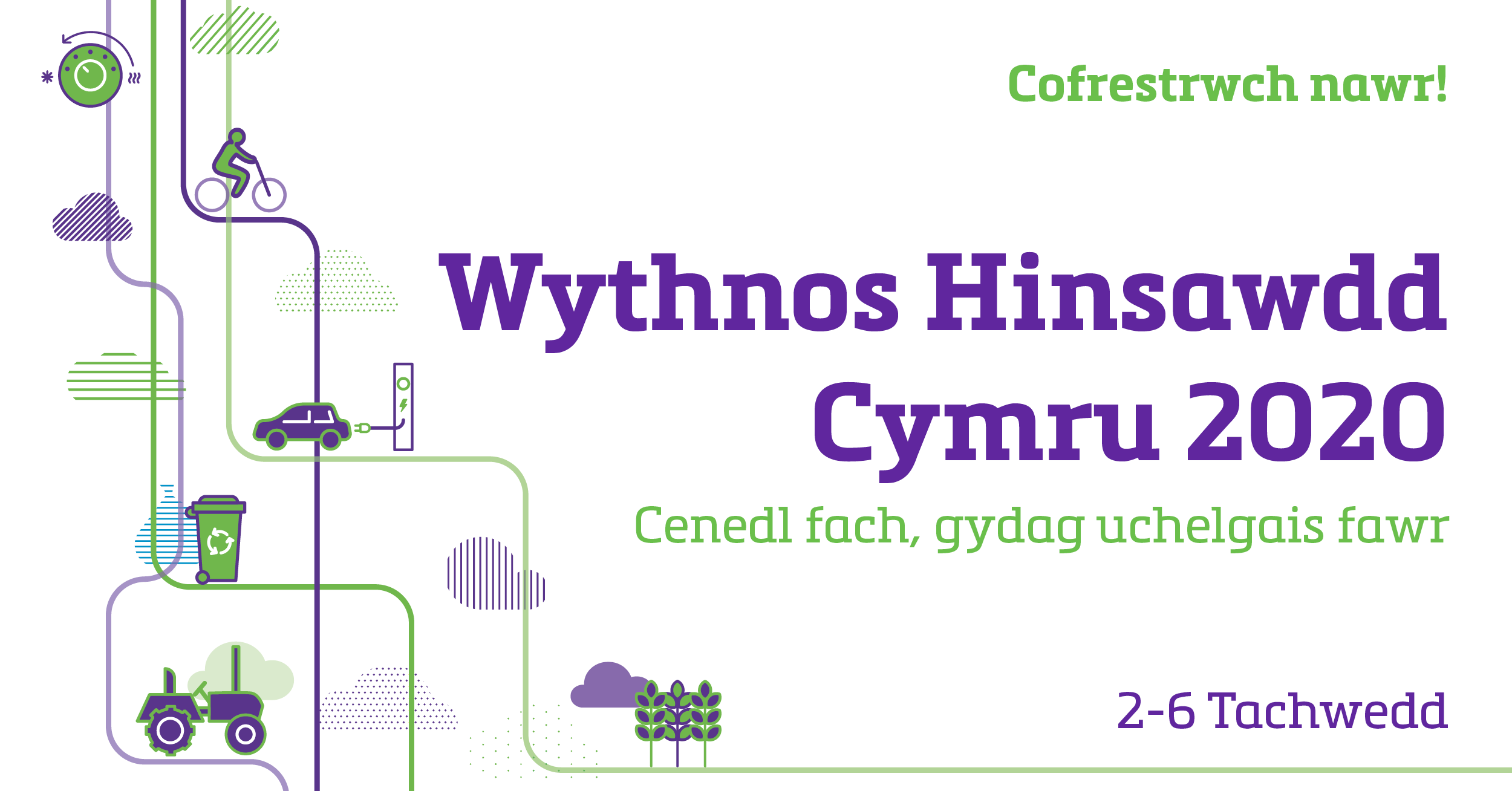 Wales Climate Week takes place from Monday 2 to Friday 6 November, with a series of virtual and interactive events open to all – and it’s all free.

The digital event will bring together national and global policy makers, campaigners, innovators and anyone interested in tackling climate change.

Organised by Welsh Government, Wales Climate Week will see speakers from the private and public sector sharing their expertise, as well as individuals and communities explaining how they have come together to tackle climate change.

Most importantly, it will provide practical examples of what individuals and organisations can do themselves to help fight against the climate emergency.

It’s really easy to register – just visit the Wales Climate Week website here, where you will also find the timetable for the week’s events.

Wales on target to reduce emissions by at least 80%

The Welsh Government will reduce emissions by a minimum of 80% by 2050, as set out in The Environment Wales Act of 2016. The good news is that Wales is on track to meet its 2020 interim emission target of 27% – and will in fact increase that reduction in emissions to 95%, to be set out in legislation to be published next year.

But there’s still plenty of room for improvement and more that must be done. The conference wants to unite Wales with the aim of reducing that target sooner.

November 2021 will also see the publication of the new All Wales Low Carbon Delivery Plan, which will set out the actions needed in Wales to cut emissions and support the growth of a low carbon economy. 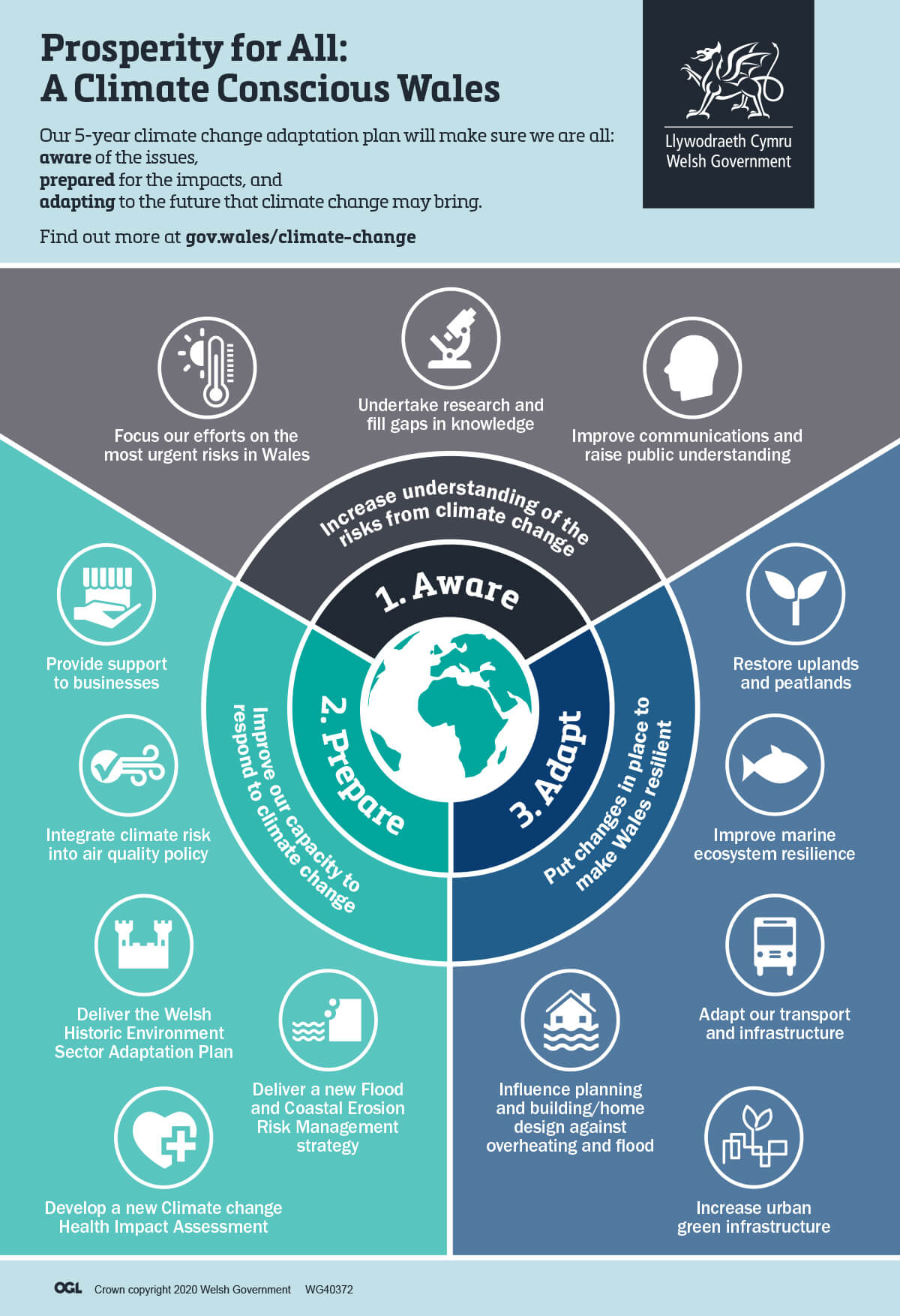 The conference opens today, Monday 2 November at 10.30am, with an introduction from First Minister of Wales Mark Drakeford, Nigel Topping, the UN High Level Champion, and Chris Stark, Chief Executive of the UK Committee on Climate Change. They will set out how Wales Climate Week will bring people across Wales together to tackle key climate issues and to mark a year until the United Nations Climate Change Conference, COP26, and the new All Wales Low Carbon Delivery Plan..

Each day of the conference will see a panel of experts leading sessions on subjects including the future of transport strategy and the emerging trends for active travel, low carbon transport and homeworking; how marine energy is a significant and so far largely untapped form of renewable energy that will be crucial in tackling the climate emergency; and how Welsh agriculture can continue to respond to the climate emergency.

Other sessions will include how grassroots communities are taking action in different ways; how trees are crucial in the fight against climate change; and how ‘storytellers’ in the creative arts can shape the narrative and communal imagination towards action and engagement with the climate crisis.

There’s even a session on reducing carbon footprints in school on Thursday at 11am, which the whole class can take part in. Run by members of Keep Wales Tidy’s Education team, the webinar is an interactive introduction to what the Greenhouse effect is and what impact we are having on our climate through the daily things we do, eat and buy.

Also on Thursday at 1pm is a session on low carbon hacks, offering quick and easy suggestions of things people can do in their own homes, communities and in their own lives to make a real difference to health, the environment and local communities.

Alongside the main conference, a series of fringe events will see organisations such as RSPB, Extinction Rebellion and Environment Platform Wales offering more informal sessions and discussions. See the timetable here.

Do you know a Low Carbon Hero? 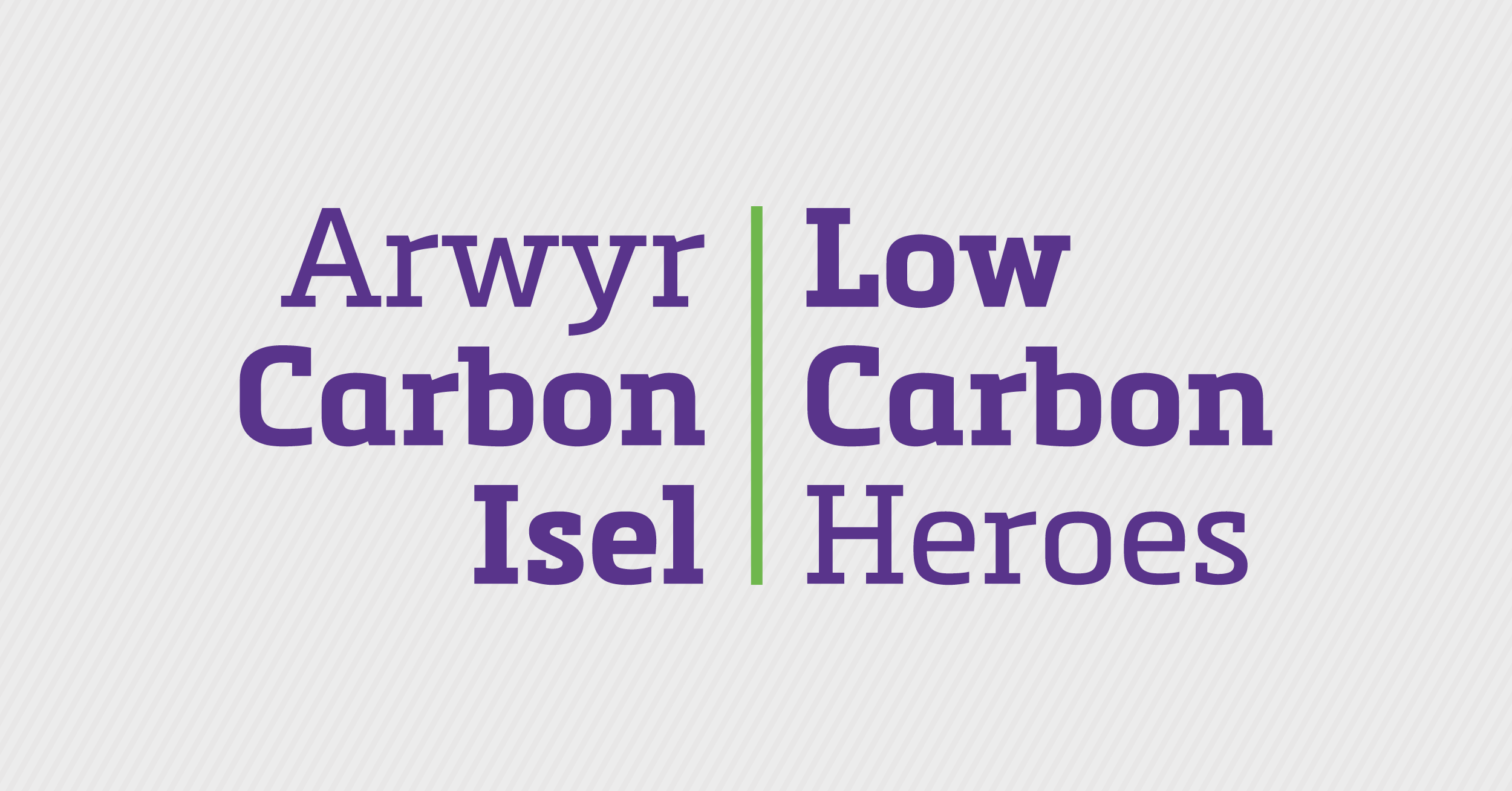 As part of Wales Climate Week, the Welsh Government wants to celebrate Low Carbon Heroes – those individuals and groups in Wales who have made a special effort in their home and working lives to contribute to a greener society. It doesn’t have to be complicated – it can be as simple as walking or cycling instead of using the car, or upcycling clothes or furniture. The Welsh Government is asking individuals to share what they are doing to be a Low Carbon Hero on their own social media feeds using the hashtag #LowCarbonHeroes and in Welsh: #ArwyrCarbonIsel 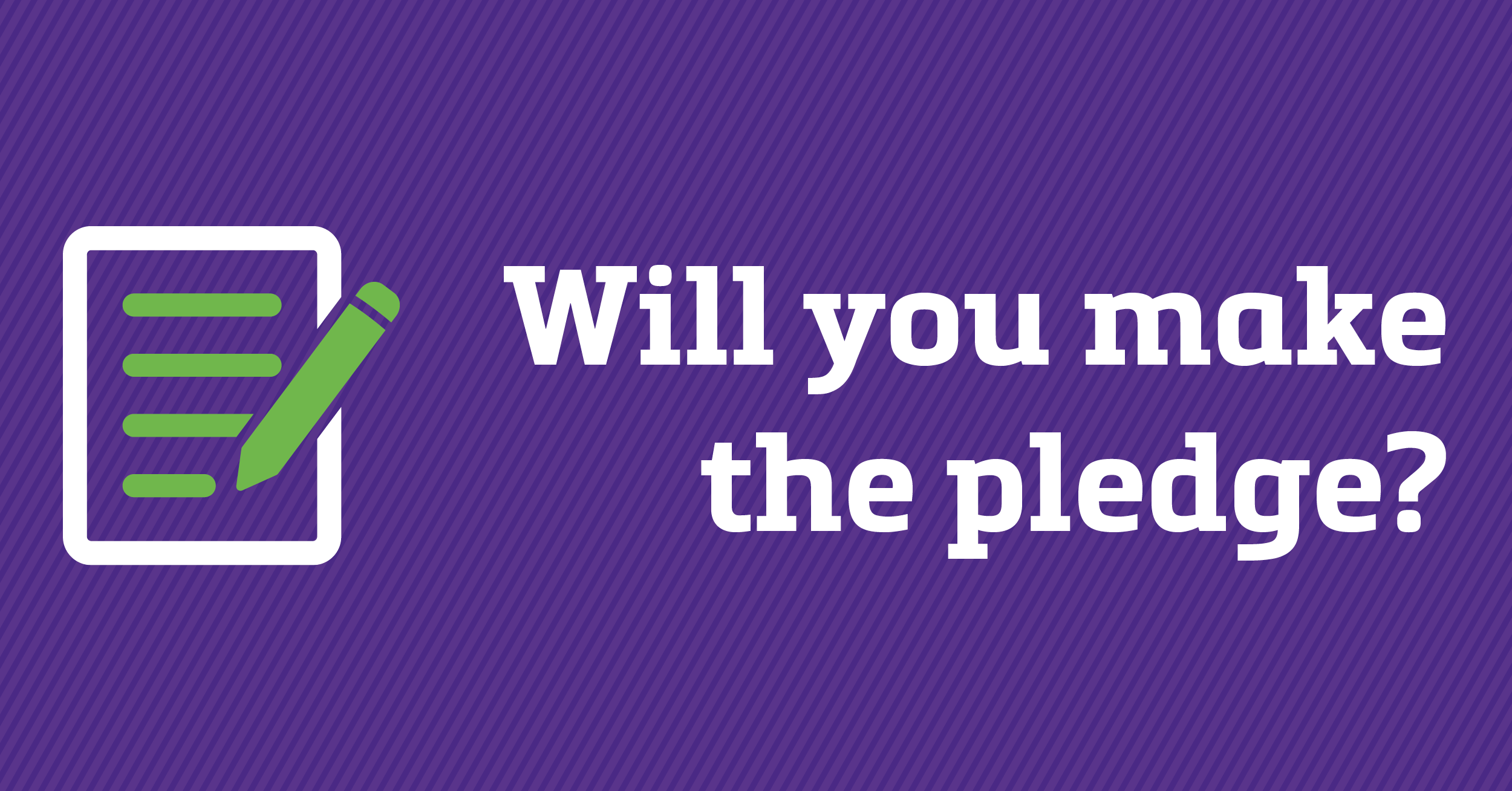 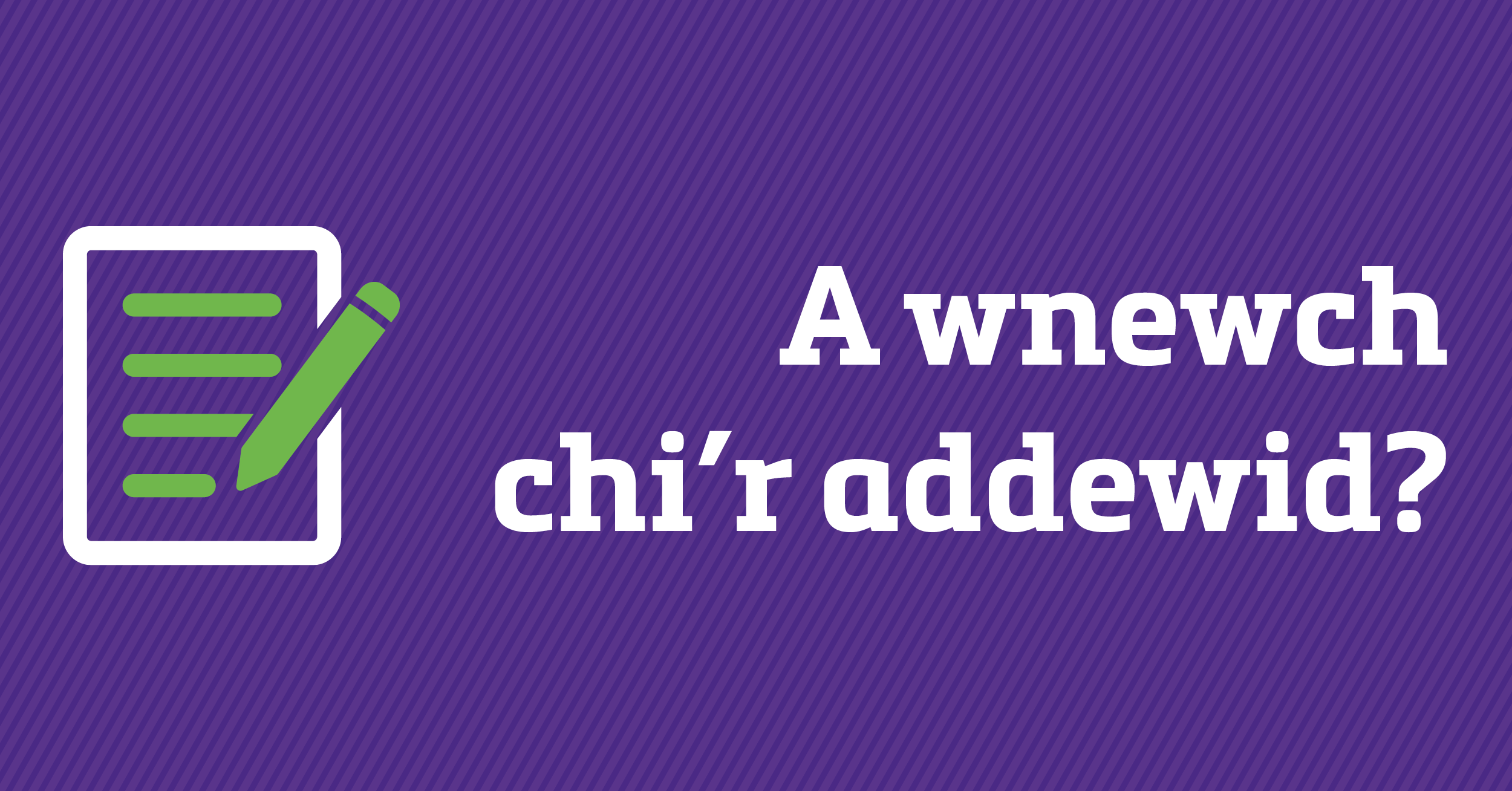 The Welsh Government is also asking businesses across Wales to ‘make a pledge’ to commit to environmentally friendly practices that reduce carbon emissions. More information here.

For more information on Wales Climate Week, visit the website here (or here in Welsh) or follow the hashtags #WalesClimateWeek / #WythnosHinsawddCymru