About a month ago my car needed three new tyres and the drive shaft also needed replacing. Cue a hefty bill.

Next, my mobile phone broke, which is never great when you have kids and want to be contactable, and even more rubbish when social media is a big part of your job and you rely on your phone for work purposes. It took around two weeks to sort and it was a real struggle.

The day I got my phone back, our hot water stopped working. That was another depressing bill and a week of boiling up water to wash.

The day the boiler was fixed, I turned a corner and crashed my car into a traffic island. It was my fault, I fully admit that, but I genuinely have no idea how it happened as it’s a corner I drive around all the time. We’re all okay, thank goodness, but the car isn’t. The tyre popped and there’s some damage to the chassis and suspension. Thank goodness for car insurance, although we still have to pay the excess.

We don’t have this kind of money just lying around. Three lots of maternity leave (the bare minimum for us self-employed types), plus part-time working for the past six years, have meant our belts have been well and truly tightened.

I’m usually a really a positive person and try not to let the small stuff bother me but this has left me feeling pretty down, wondering what would be next. Turned out it was my eternity ring suddenly developing a crack in it. I have absolutely no idea how that happened.

And then, while walking three miles for an appointment I needed to keep, I saw this graffiti. 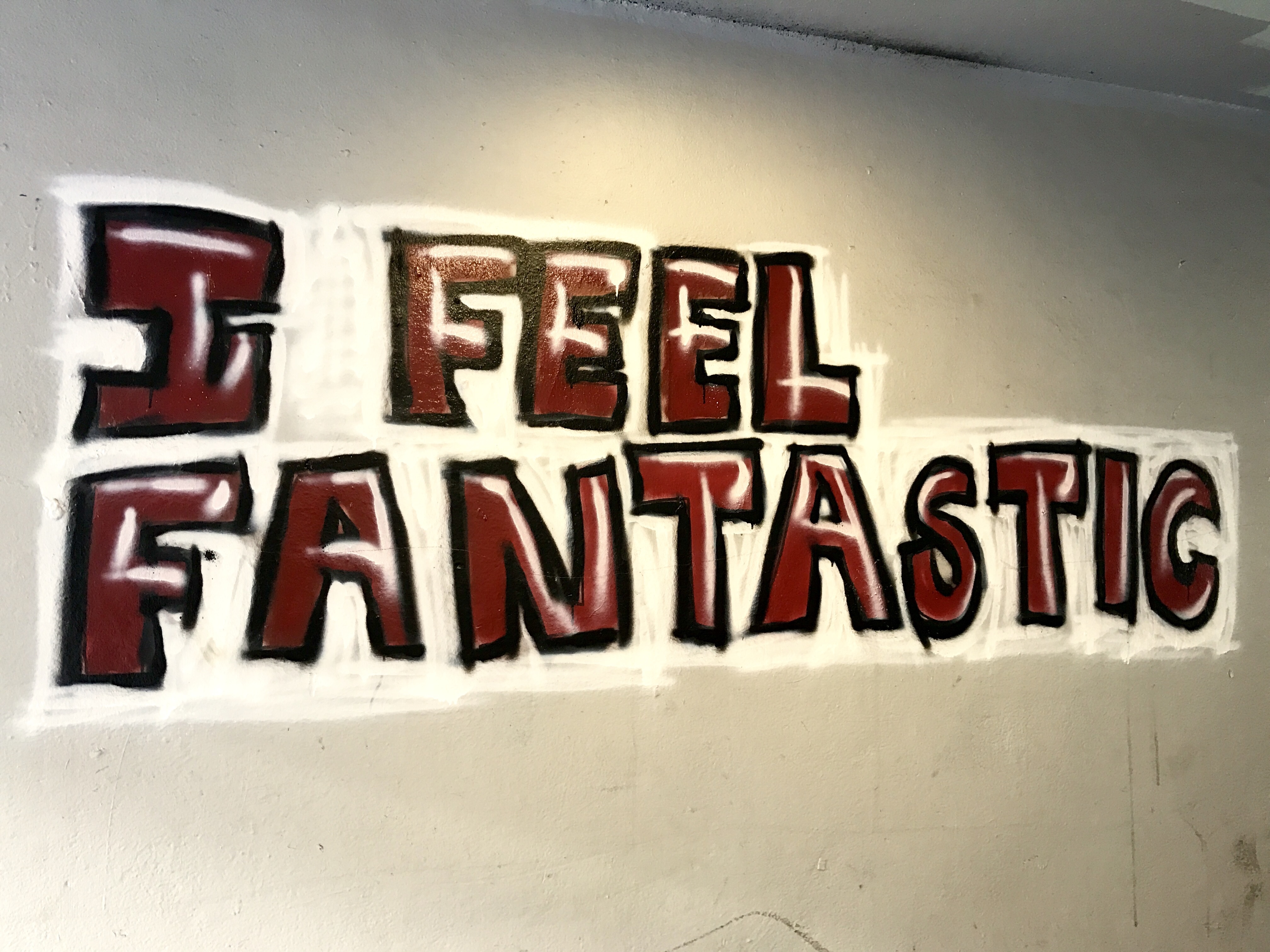 It really stopped me in my tracks.

I have a friend who is a life coach and he always says that while we might not be able to control what happens to us, we can control how we react to it. The yoga teacher in me knows this too, but somewhere along the line, I admit I had lost sight of that and was beginning to wallow.

Yes, it’s been a rough run of things. But, despite everything, we’re all okay. Nothing truly awful has happened. It’s mostly just been inconvenient and expensive.

I was disappointed my plans for yesterday had to be cancelled due to having no car, so instead I walked a mile to take my big two to school and then another two miles into town with Toddler in the buggy. (Great for my healthy challenge.)

And then I bumped into two of my NCT friends who, randomly, separately, both happened to be in town and we all went to a coffee shop and had a good old catch up while our toddlers played together.

I still have no car. We still have big bills to pay. But I had an awesome day, despite it not being the day we had planned. And actually, it did make me feel pretty fabulous, after all.

6 Comments to When life hands you lemons…