For the most part, I love internet grocery shopping. My life is made so much easier when people can bring my shopping right to me door, rather than me having to take one, two or three kids to the shops.

However, sometimes things don’t go to plan. Like when you need a key ingredient for a recipe and they send you a completely random substitution that is nothing like what you have in mind. Or when you order fresh produce by number of items rather than weight and they send you the biggest, most super-sized vegetables.

I had one of ‘those’ deliveries this week.

I ordered five parsnips because that’s how many we’ll eat with a family roast dinner. I always try to buy what we need, rather than pre-packaged bags, as otherwise the excess inevitably ends up going off in the fridge.

As you may have seen in recent blog posts, we are working with Love Food Hate Waste on their #giveupbinningfood for Lent campaign.

£13 billion of edible food was thrown away from our homes in the UK in 2015 alone! That’s a total of 7.3 million tonnes of food (400,000 tonnes of that here in Wales). This is all edible food – and if it was prevented it would have the same environmental benefit of taking one in four cars off the road. And if that’s not enough of an incentive, cutting back on food waste could save households up to £15 a week – a whopping £60 a month – or £700 a year!

The organisation hopes to inspire households to change their eating, shopping and food storage habits to help cut down on the amount of food which is unnecessarily thrown away.

Portion control, and measuring out ingredients before cooking – for example, weighing dry ingredients such as pasta and rice – is an important factor in reducing food waste and the campaign’s theme for this week.

Anyway… back to the parsnips! They were HUGE – each one was about the size of four regular parsnips.

Ditto the three humongous sweet potatoes and the giant-sized broccoli heads. My kids are not fans of the green vegetable at the best of times and seeing these super-sized ones was the stuff of nightmares for them. 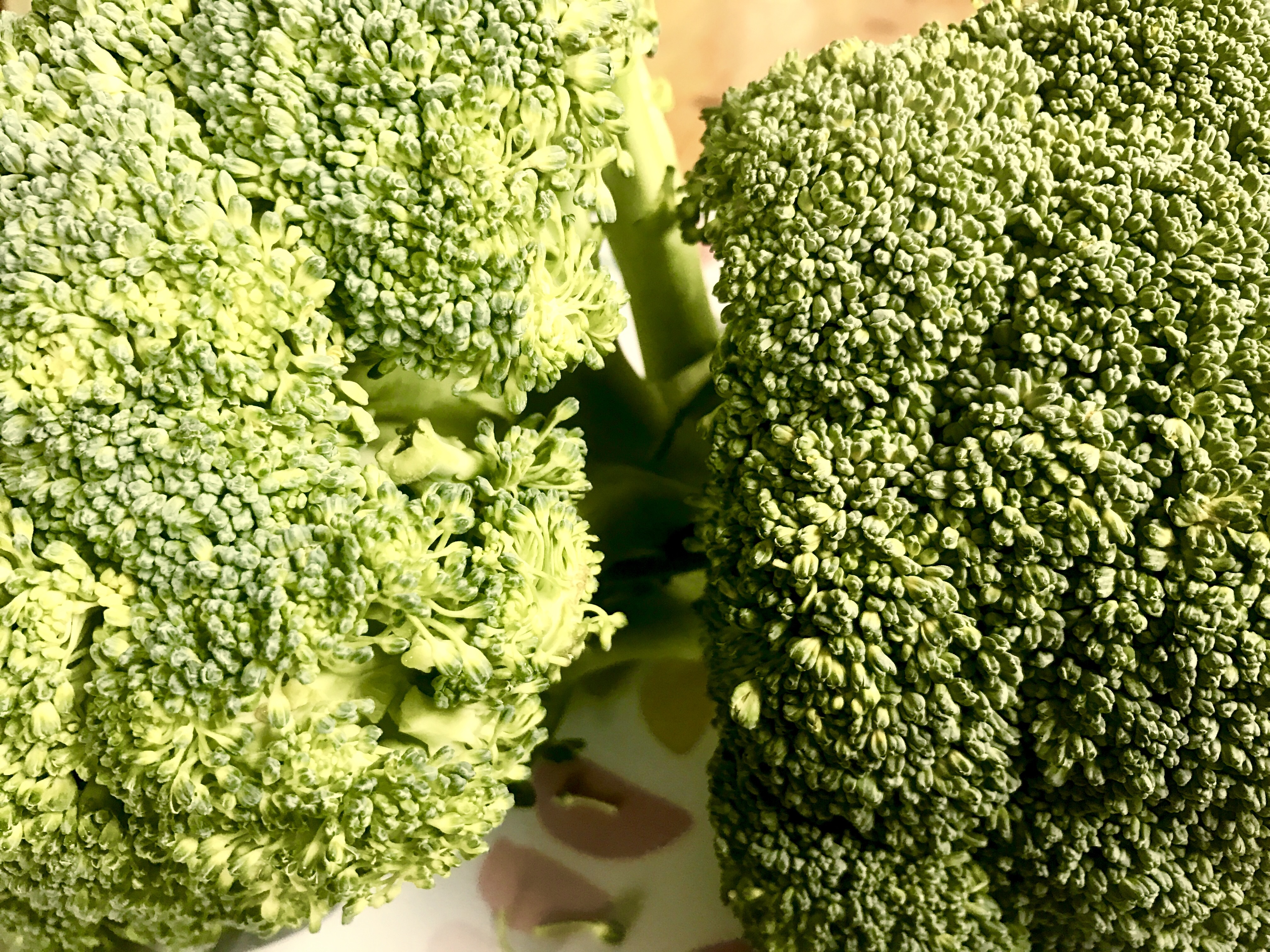 We also have an abundance of fresh spinach because the small size bag I’d ordered wasn’t available and they’d given me the large one as a substitution at no extra cost.

In the rush of unpacking the groceries, I didn’t register just how much extra food we had, so I wasn’t able to send back some of it back with the delivery driver. I’ve emailed the store in question to suggest they think carefully about the average size of products people expect when they order, as they are contributing to the inexcusable levels of food waste in this country. What’s the point of me thinking about food portions when ordering, when they don’t?

And then I set about doing what anyone concerned with food waste would do, and turned the extra vegetables into big vats of soup, which I have decanted into individual and family-sized portions and put in the freezer for the coming weeks. I have a particular ladle for doing this and I know how many spoon-fulls I’ll have, as well as Cardiff Daddy and our three children.

The sweet potato and parsnips have been flavoured with dried chilli flakes for a lovely creamy soup with a sweet undertone and a spicy kick.

As for the broccoli and spinach, I added half a huge bag of peas we had in the freezer and a big spoonful of dried mint for a super healthy, vitamin C-packed, iron-rich soup.

The proportions of vegetables in this soup don’t really matter, although I would say that too much spinach and broccoli can make it bitter, so do be generous with the peas and the mint for a more palatable taste, or alternatively, add cream or crème fraiche for a sweeter taste.

Here’s how you make it. 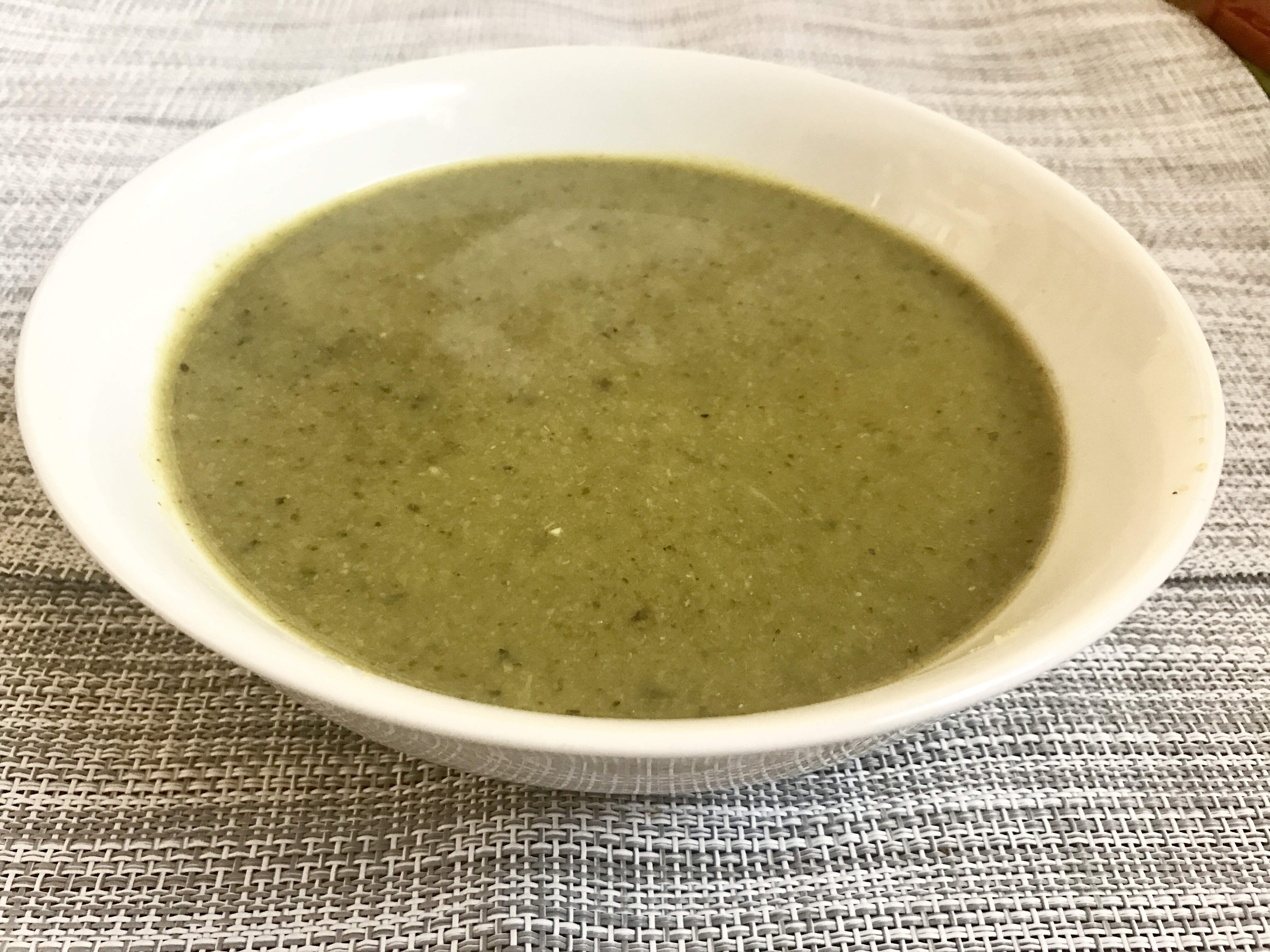 2 cloves of garlic, peeled and crushed

Optional extras: a small tub of crème fraiche or a few slices of blue cheese 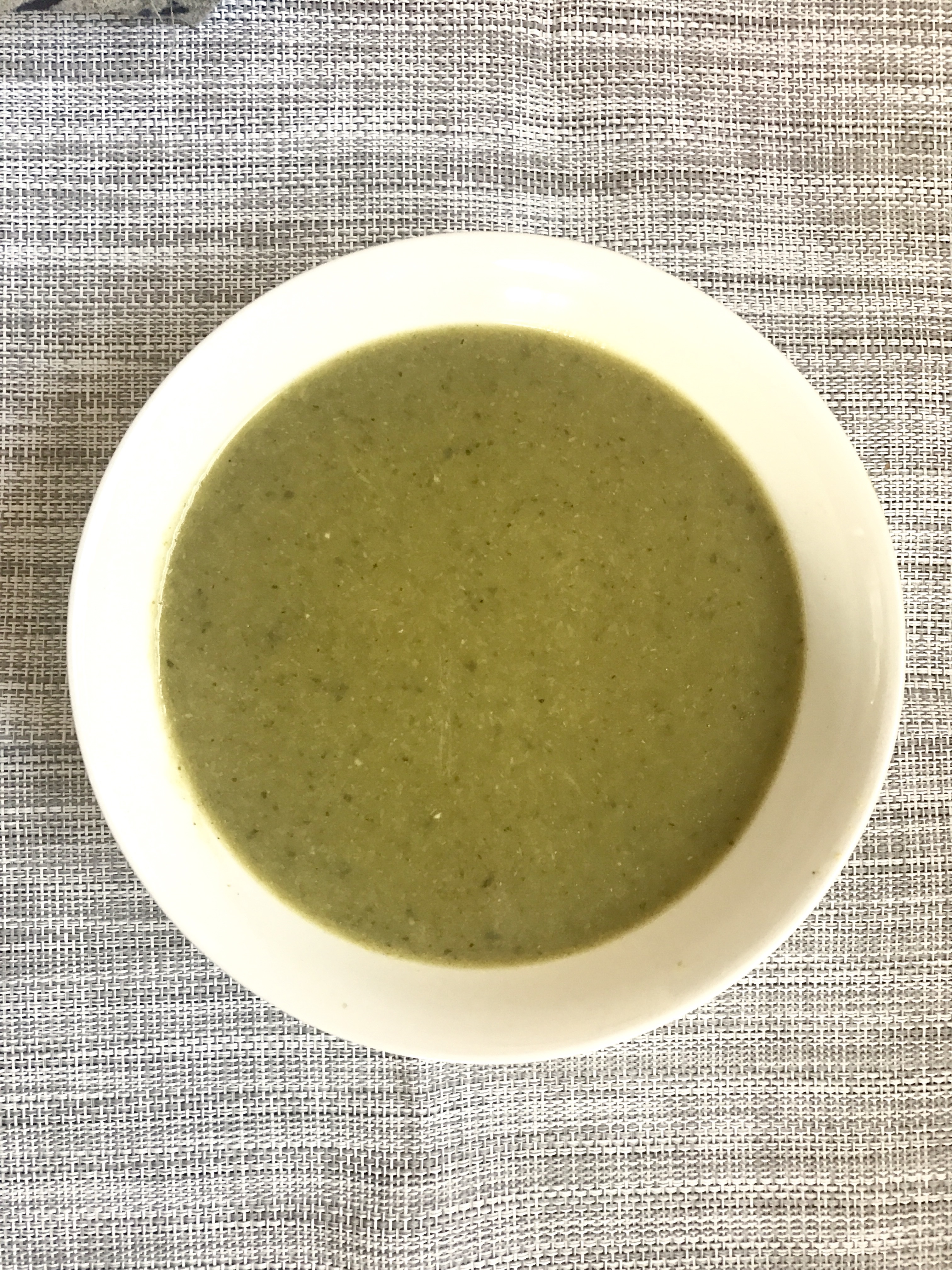 Let me know if you give this recipe a go, either in the comments below, on the Cardiff Mummy Says Facebook page or by tweeting me on @cardiffmummy 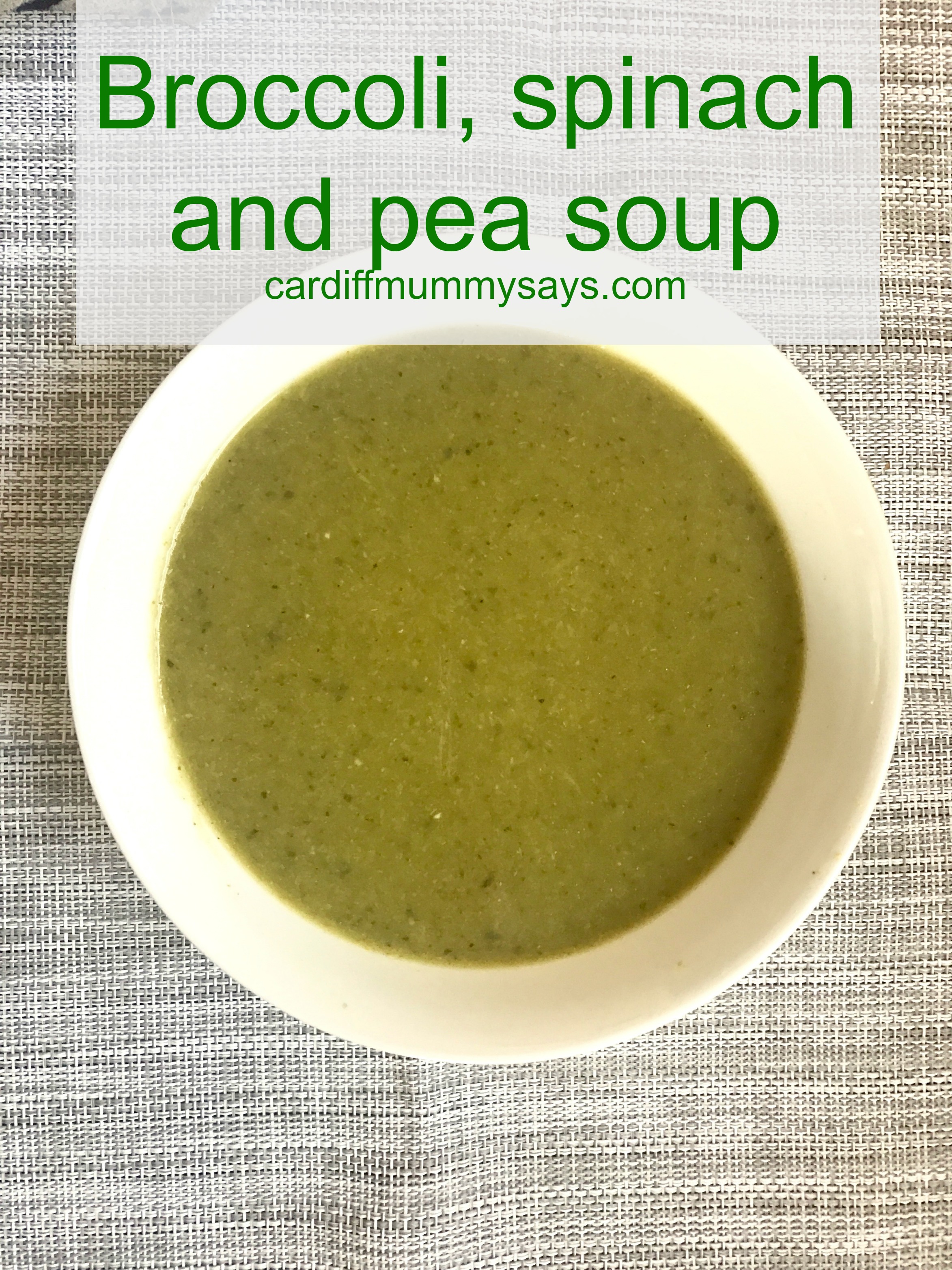