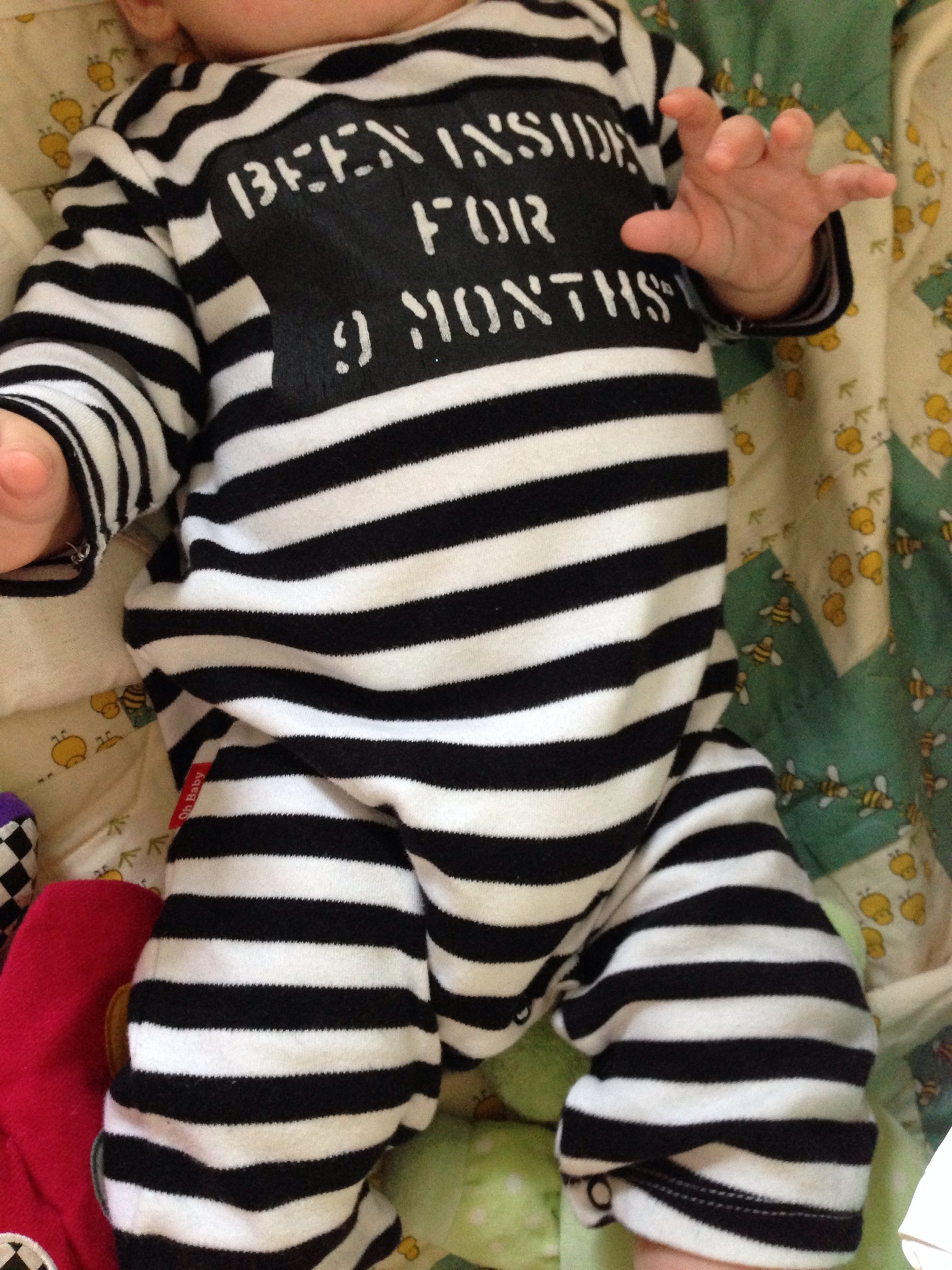 This outfit made me chuckle when my lovely friend Lydia bought it for Little E when she was born at the end of 2009.

As a new mum, I’d never heard of Oh Baby London – the company who made it – before, but Lyds said she’d given this gorgeous sleepsuit to several of her mummy friends and it was always well-received. I can see why. It certainly gets people talking.

The one we have is age 3-6 months, but Little E was so tiny she didn’t start wearing it until she was almost seven months old. Little O wore it a lot sooner, as he was always a size ahead in baby clothes. And now it’s Baby I’s turn – his big brother and sister think it’s brilliant that all three of them have worn it.

I usually buy onesies with feet on them as I worry about my kiddies’ little toes getting cold, but as both my boys have such big feet, it’s lasting longer than other sleep suits in the same size.

Considering it’s been worn by all three, and has been washed many times, it’s in fantastic condition. It’s still soft, the colours haven’t faded and it hasn’t lost its shape. It still looks new.

I’m sure I’m not the only parent to take a photo of their little one wearing this behind the bars of their cot. As long as they don’t end up behind bars for real!

If you like it, you can get one here on Amazon.