Who says January has to be boring? Even if you’re healthy eating or not drinking alcohol January is one of the best months of the year for a trip to the cinema with the impending movie industry awards season meaning the release of loads of great films.

Molly’s Game; All The Money In The World; Three Billboards Outside Ebbing, Missouri; The Darkest Hour; and The Post are some of the most anticipated new movies for grown-ups screening this month.

There’s also plenty on offer for families too with several films released at the end of last year and the start of this one.

I’ve rounded up this selection in conjunction with The Red Dragon Centre, home to Cardiff’s Odeon cinema where a family ticket for two adults and two children or one adult and three children will cost from just £20, with adults paying kids’ prices for children’s films.

The Red Dragon Centre has launched its #thehappyplace campaign this month, the perfect place to banish the January blues with entertainment and dining all under one roof. As well as the cinema there’s 10 pin bowling at Hollywood Bowl or you can dine at one of the restaurants including Five Guys, Grill’n’Shake, Oriental Garden, Spice Route or Bella Italia (click for their current Kids Eat Free offer valid until 9 February). Plus there’s free parking for customers (subject to minimum spend and ticket validation).

We visited yesterday where the talented young dancers from Performing Arts Academy Wales surprised unsuspecting customers with a flash mob dance to Pharrell Williams’ Happy before a performance of dances to help them raise funds for their forthcoming trip to the Dance World Cup. You can watch the dance on The Red Dragon Centre’s Facebook page.

We were also treated to lunch from the new menu at Bella Italia. Little Miss E loved her pizza. Both my boys demolished their Burger Bellisimo (two mini beef burgers in buns served with chips and a superstar stick loaded with cucumber and tomato). Cardiff Daddy had ribs and chicken from the grill menu – grilled butterflied chicken breast with slow roasted pork ribs marinated in Italian herbs. I was pleased to see the restaurant have both vegan and gluten-free menus with a good selection of choices. I opted for the vegan mushroom risotto (which can be made gluten free on request) accompanied by roasted Mediterranean veg. You’ll be able to read more about our visit on The Red Dragon Centre blog soon. 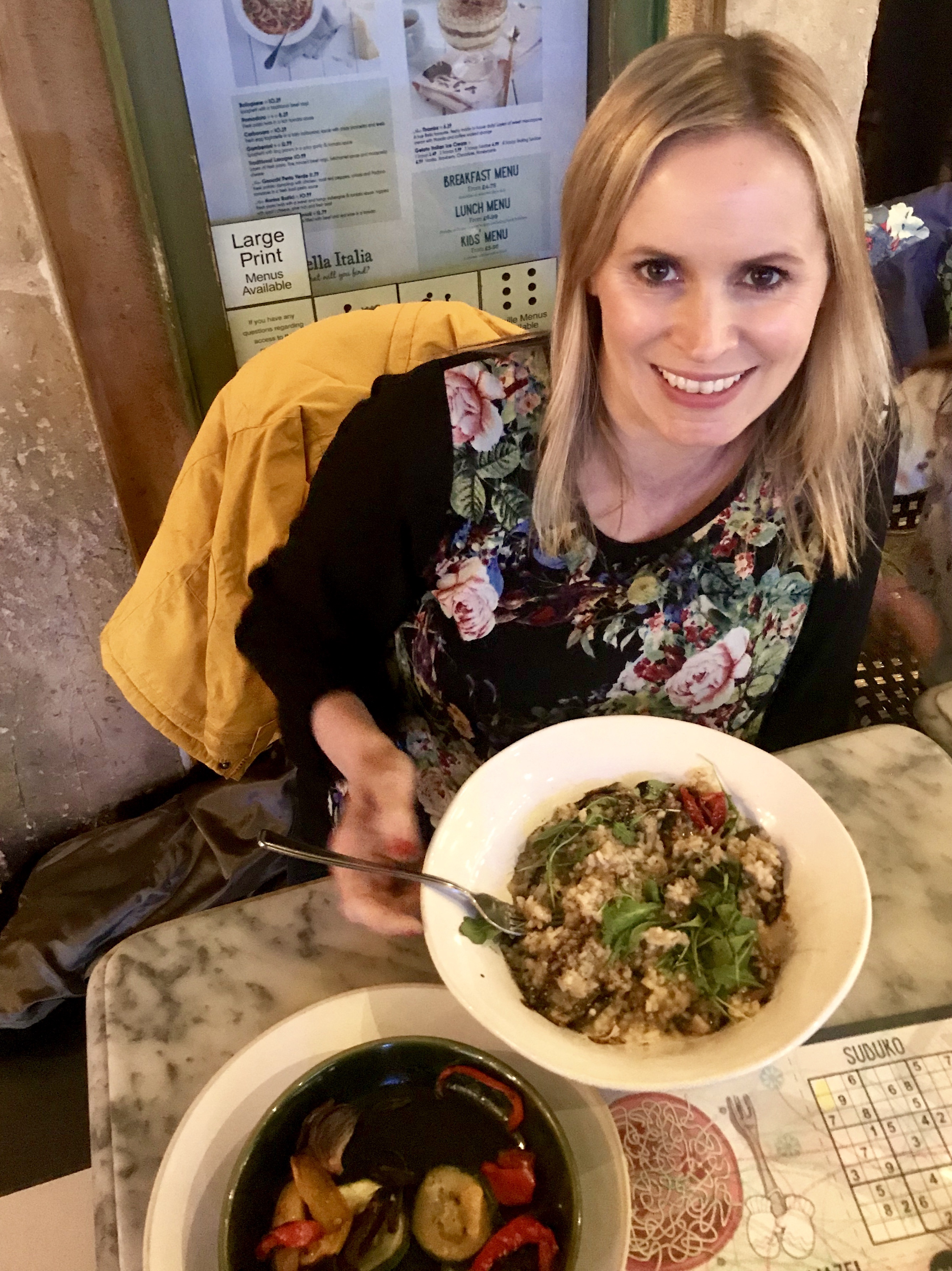 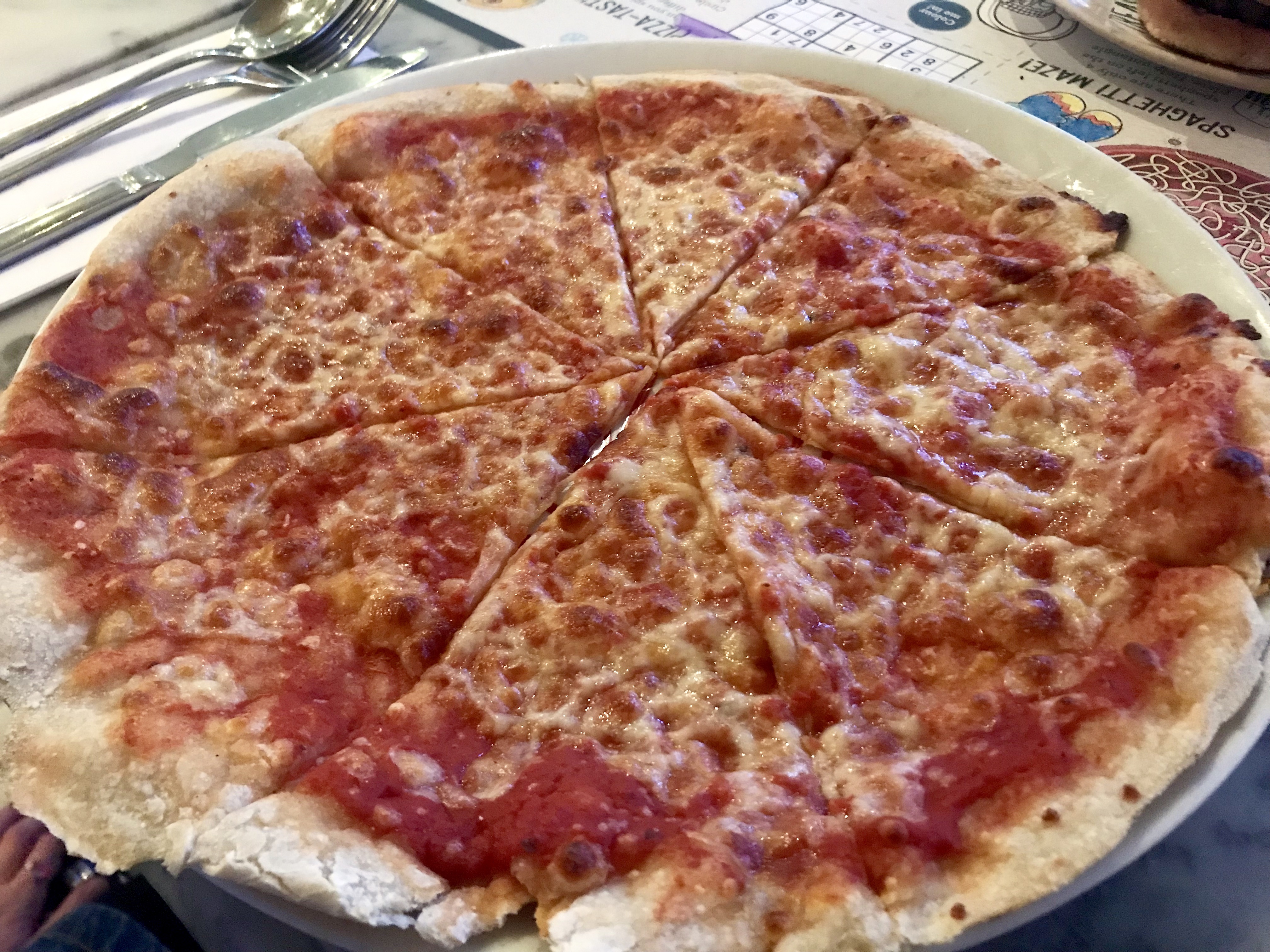 In the meantime though here’s our round-up of all the family films you can watch this month.

Have you seen any of these films or are you planning on a cinema trip this month? Let me know in the comments below; on the Cardiff Mummy Says Facebook page or you can tweet me on @cardiffmummy

This one was released in November but is still going strong. The marmalade-loving bear finds himself imprisoned after being framed for a crime he did not commit. Can the Brown family help him clear his name and catch the real thief?

An animated comedy set in Spain in which a giant but gentle bull is mistaken for a dangerous beast and captured and torn from his home. But then the country’s leading bullfighter picks Ferdinand as his opponent for his final fight and he finds himself in the ring…

Picking up where The Force Awakens left off, The Last Jedi sees Rey beginning her training in the ways of the Force. Starkiller Base has been destroyed, but the First Order are far from defeated and the war between them and the Resistance grows ever more fierce. The Resistance could really use a Jedi Knight on their side – but Luke Skywalker has decided that it’s time for the Jedi to end.

Jumanji: Welcome to the Jungle (12A)

Four teenagers in detention discover an old video game console in their school’s basement. Sucked into the game and trapped in the world of Jumanji they have no choice but to take on the most dangerous adventure of their lives – or risk being stuck in the game forever. This follow-up to the classic 1995 film stars Dwayne Johnson, Kevin Hart, Karen Gillan and Jack Black.

Inspired by the life of PT Barnam and his circus this new musical celebrates the birth of show business and dreams becoming a reality. Starring Hugh Jackman, Michelle Williams, Zendaya, Zac Efron and Rebecca Ferguson, it tells the story of a visionary who rose from nothing to create a mesmerizing spectacle that became a worldwide sensation

Catch it first with previews at Odeon Cardiff on 13 and 14 January.

The latest animation from Disney Pixar sees 12-year-old aspiring musician Miguel magically transported to The Land of the Dead on an extraordinary journey into the afterlife to solve an ancient family mystery.

From the creators of Wallace and Gromit and Chicken Run comes this tale of young caveman Dug and his epic quest to save his tribe from a mighty enemy and his Bronze Age city. The latest Aardman Animations film features the voices of Eddie Redmayne Tom Hiddleston Maisie Williams Richard Ayoade Timothy Spall Rob Brydon and Jonny Vegas among others.

And if none of these take your fancy then check out the special Odeon Kids screenings on weekend mornings where you can see films that are around 6+ months old from just £2.50 per person.