Just five minutes into Naomi’s Wild & Scary at St David’s Hall Cardiff and an alligator snapping turtle has weed all over the stage. Naomi Wilkinson, children’s television presenter and all-round adventurer, just about manages to hold it together and carry on. And then the turtle does it again.

The turtle is just one of a whole host of dangerous and scary creatures to appear on stage this afternoon as part of the show, currently touring the UK. Thankfully it’s not quite as big or as scary looking as the one that has just appeared on the giant video screen behind the presenter (it can bite a human’s head off, we’re told)…. but the turtle has certainly let us know who is boss today.

For two hours, Naomi – star of CBBC programmes Naomi’s Nightmares of Nature, and Wild and Weird – and her co-presenter ‘Animal Mark’, keeper of all manner of exotic animals, take us on a tour of the world, combining video footage of Naomi meeting some of the world’s most deadliest animals, with real animals on stage. A cameraman provides close-up footage, projected onto the big screen. 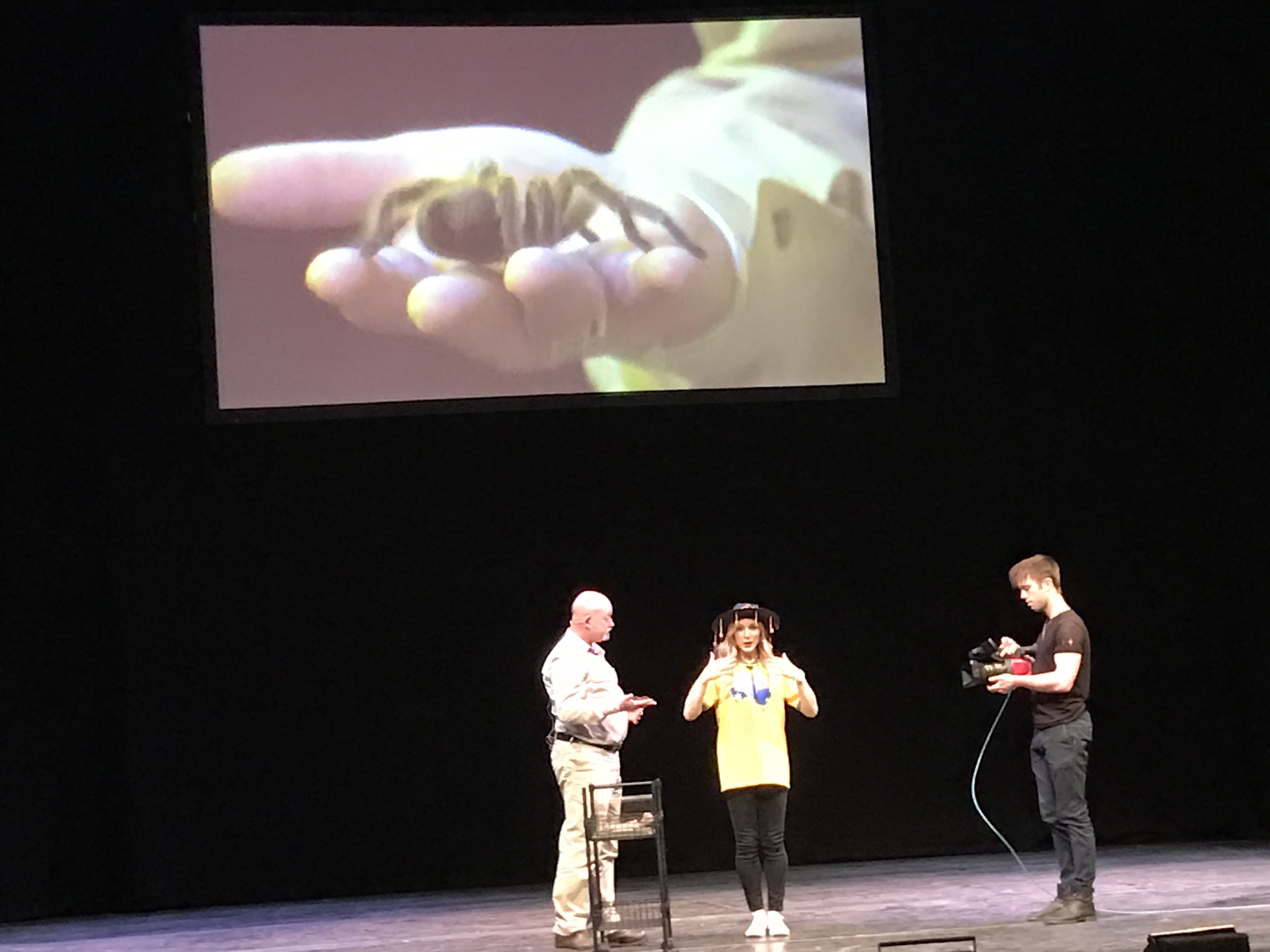 Over the course of two hours, we learn so much about the different species, as we meet snakes, spiders, reptiles and other creatures. They’re almost all rescue animals, we are told, with no chance of being released into the wild.

Naomi enters each section of the show in a different costume, a kangaroo-style outfit with Crocodile Dundee-style hat with corks, a radioactive suit, and a cockroach suit among others. There are a few songs interspersed, including one about how Naomi and team go to the loo while sleeping in the jungle or other such places, accompanied by video footage of some of the worst toilets they have encountered. Naturally, the children find it hilarious.

What I love about Naomi is that she’s not afraid to admit she gets scared too. She talks about phobias and her irrational fear of sharks, which was so severe that she wouldn’t even visit aquariums, even if she knew there were no sharks there.

She shows us video footage of her swimming with sharks – something she never imagined she would do – and points out that most shark species are not the deadly people-eating variety we see in the films, and that you are 15 times more likely to die by being hit on the head with a coconut than at the jaws of a shark. Sitting in the boat afterwards, you can see her shaking and the tears forming as she is completely overwhelmed by what she has just done. 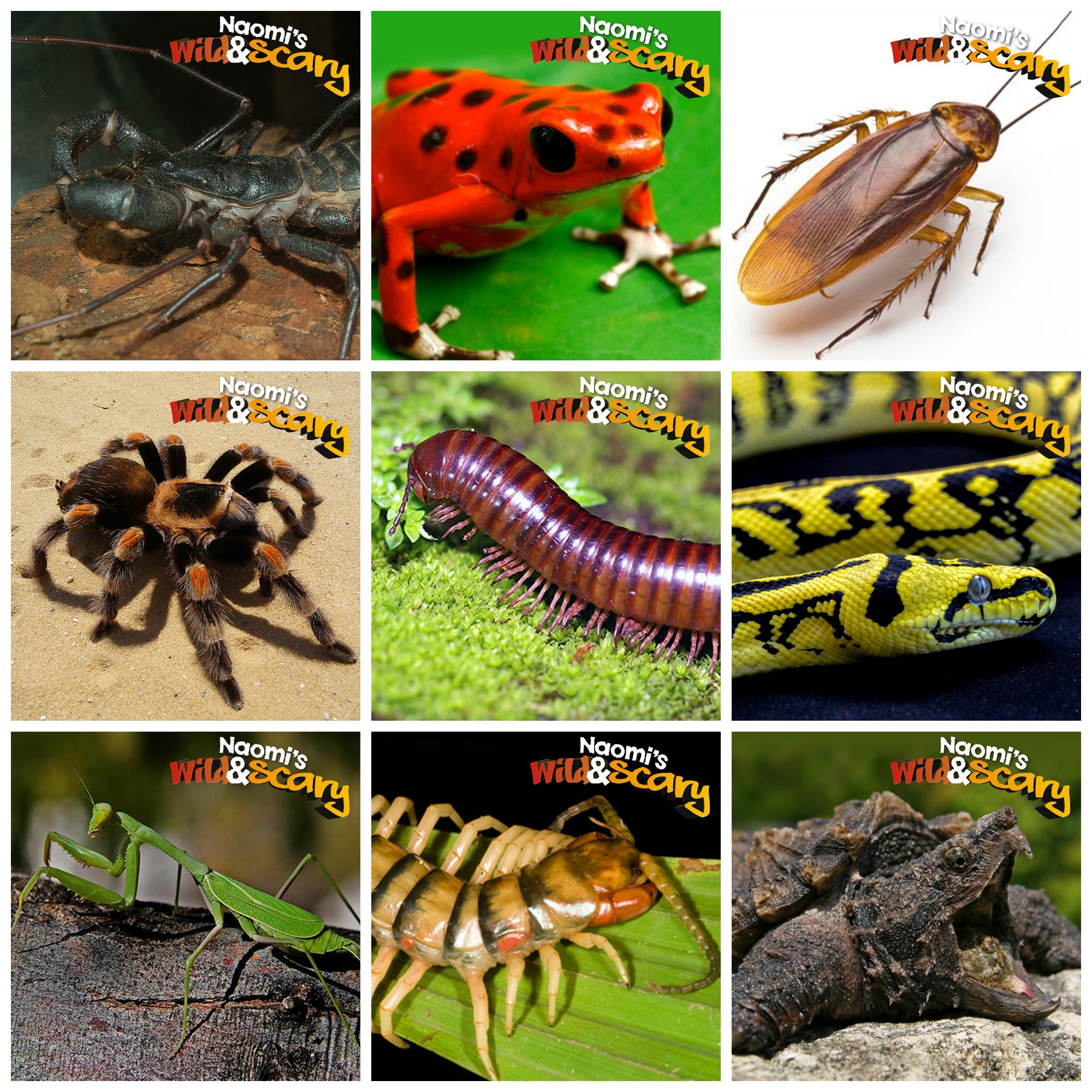 One downside for anyone who has ever attended an exotic animal-style party is that the size of the audience means there’s no chance to meet the animals. I must say though that this was a huge relief for me, having never quite completely recovered from having been harangued by my son to hold a giant snake at one such party some six months ago. I was trembling, in a hot and cold sweat, and completely petrified. Unlike Naomi, I’m not to brave as to want to do it again!

The show ends with a beautifully inspiring closing segment featuring videos from environmentalists from across the world about how it’s actually humans endangering wildlife… but it’s also humans who can help to save them too. A great message for the youngsters in the audience.

For more on Naomi and her Wild & Scary show, see her website.

Thanks to St David’s Hall or the review tickets