We love Roald Dahl in our house and we also love Lego so you can imagine how excited we were to see the fantastic Lego sculptures of some of the author’s most famous child heroes, currently on display at Wales Millennium Centre.

The characters actually arrived at the Cardiff Bay arts centre on August 17 – but with family holidays, family birthdays, a wedding, the start of the new school term and so on we finally managed to see them at the end of last week.

We popped down after school to view not just the Lego models but also the new Nelson Mandela exhibition (more on that to come soon).

Originally created by the Roald Dahl Story Company Ltd and Lego to celebrate Roald Dahl Day in 2017, six of Roald Dahl’s most loved child heroes have been transformed into fabulous LEGO® sculptures.

With their arrival in Cardiff, Charlie, James, George, Sophie and Billy are appearing together in one location for the first time.

They will be joined by Matilda from 4 December 2018 to coincide with the opening of Wales Millennium Centre’s big family production this Christmas – the Royal Shakespeare Company’s Matilda the Musical.

Dahl was born in Cardiff in 1916 to Norwegian parents. He spent his early years in the Welsh capital and was baptised in the Norwegian Church, just a few minutes’ walk from Wales Millennium Centre.

The Lego sculptures had been on display in the foyer but due to the Mandela exhibition have now moved to the first and second floors. Some of them were easy to find; others took a little longer, but the foyer staff were happy to help point us in the right direction.

We’ve read pretty much all of Roald Dahl’s books so the characters are all firm favourites of my children and instantly recognisable, bearing a wonderful resemblance to Quentin Blake’s famous illustrations. 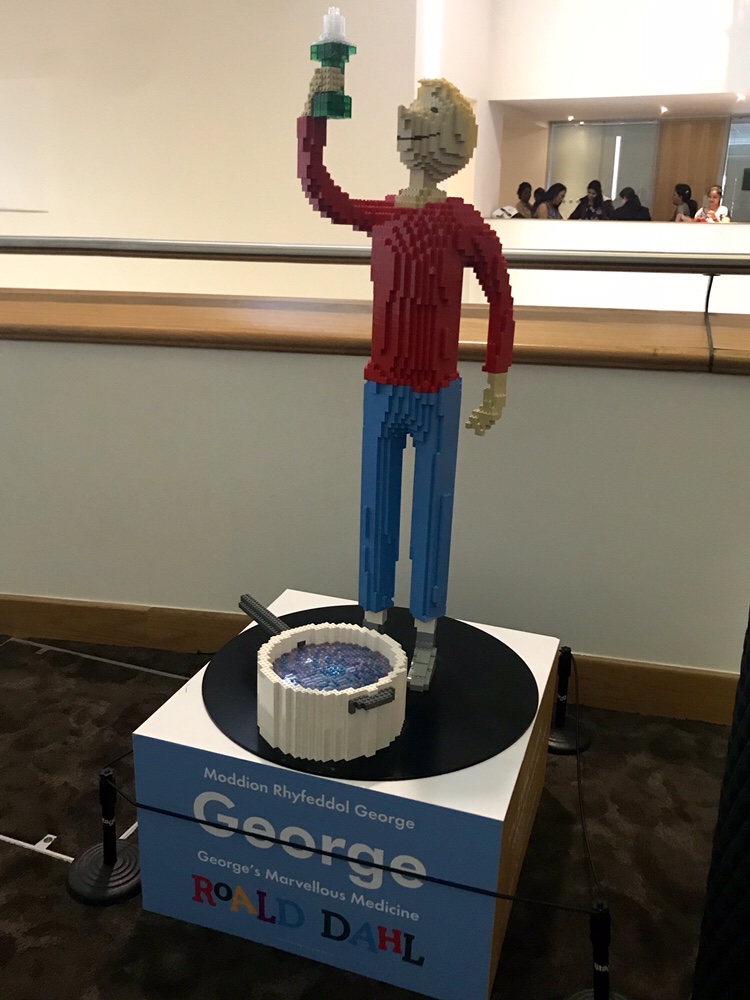 My children loved George and his pot of marvellous medicine, as well as James stood on top of his peach with Grasshopper. 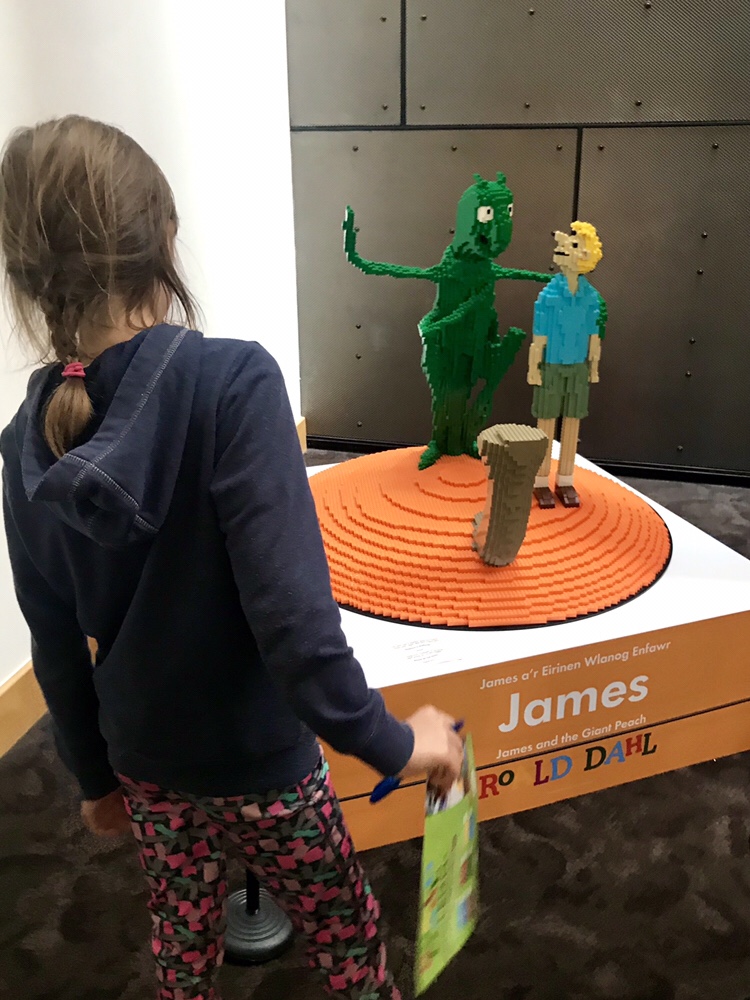 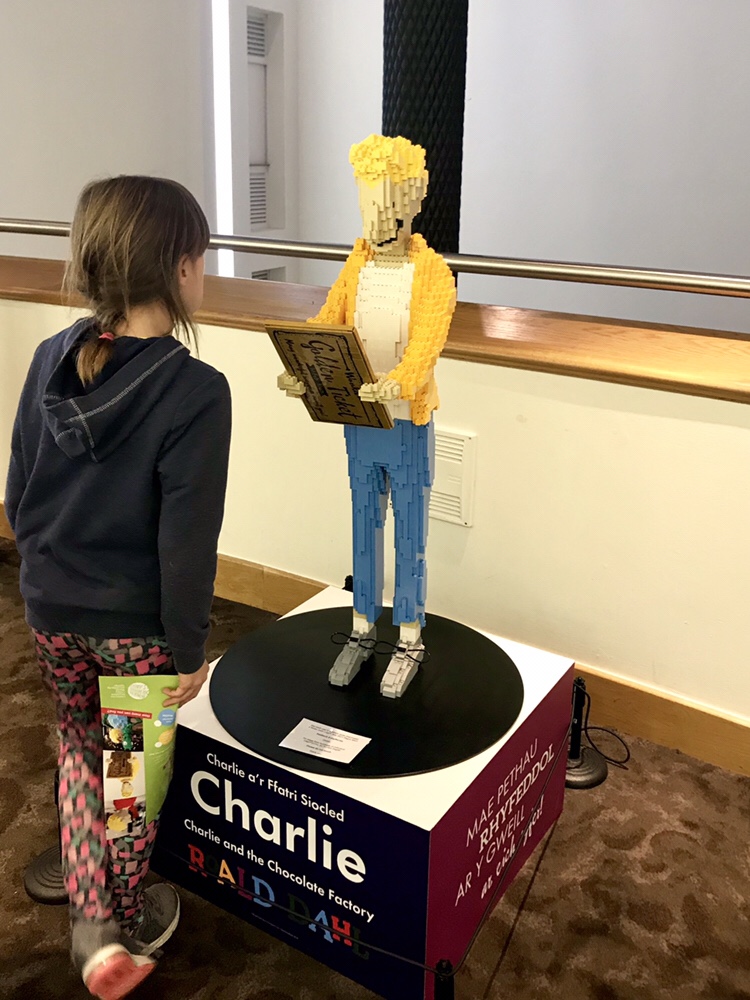 Charlie (of Chocolate Factory fame) was another favourite, as well as Billy from Billy and the Minpins. Not quite as famous as Dahl’s other stories, this book was recently rereleased in a brand new edition, retitled it reflect Roald Dahl’s original name for the book. It also marks the first time Quentin Blake has illustrated a new Roald Dahl hero in nearly 20 years. 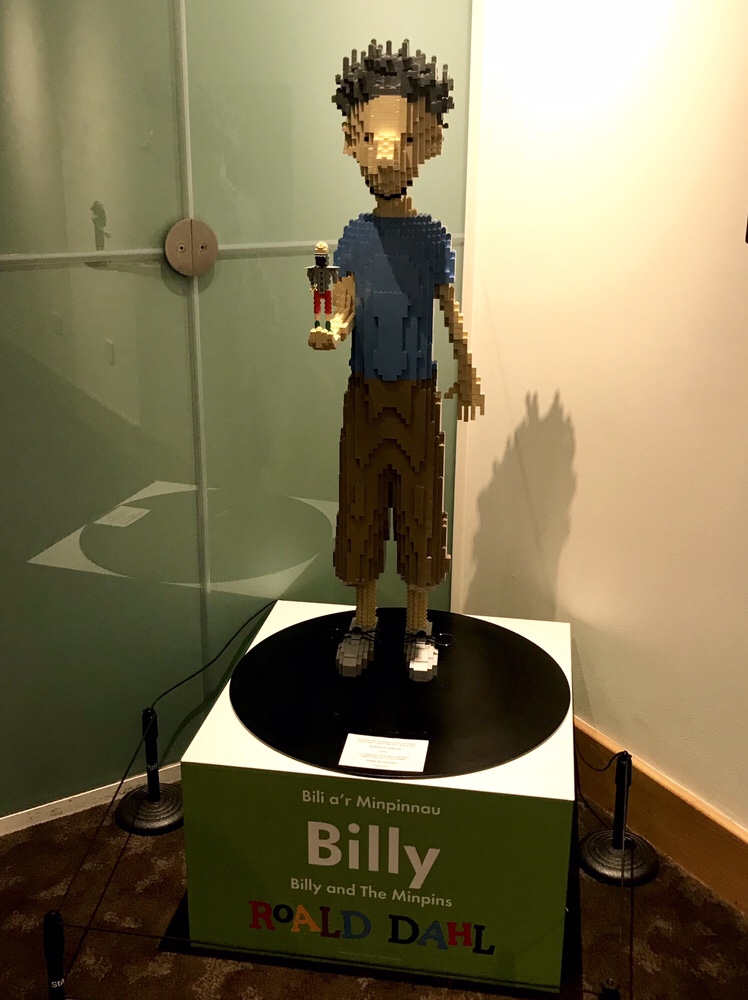 My eight year old daughter loves the character of Sophie from The BFG and this was her favourite sculpture. She was particularly impressed with the detail of the fingernails on the giant’s hand and Sophie’s glasses. 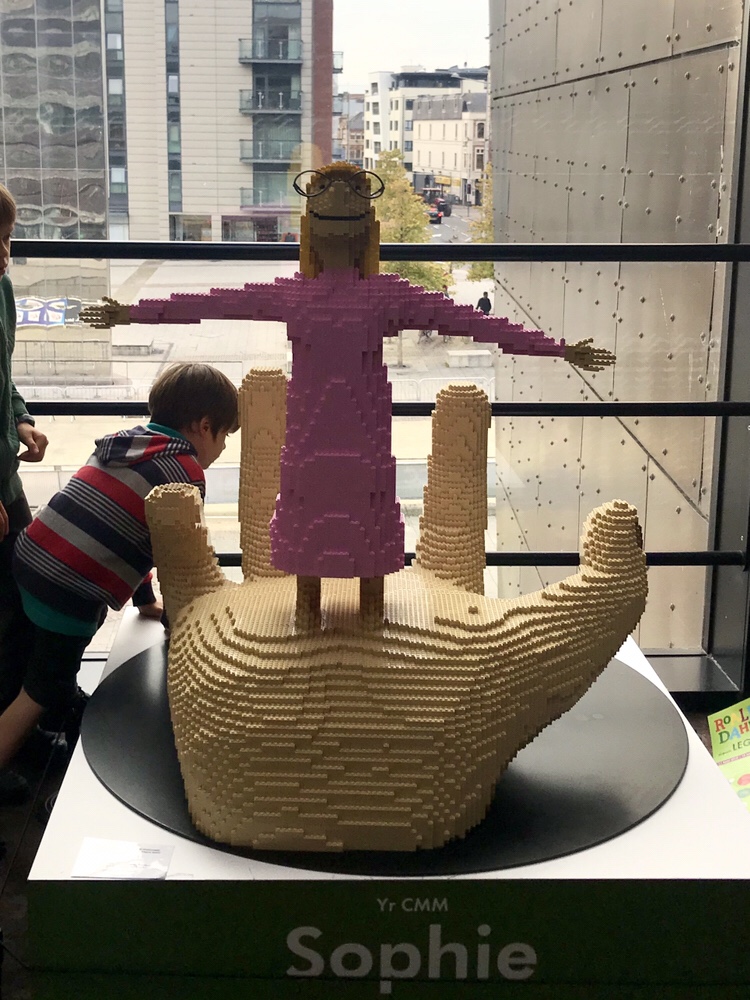 She is a real life Matilda – always has her head in a book – so we’ll definitely be back to see the Lego version when she arrives in December.

The Roald Dahl Lego display is at Wales Millennium Centre until 13 January 2019. Entry is free. Visit the website for details.