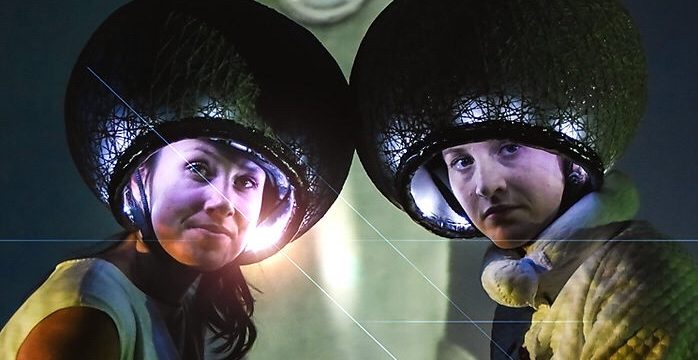 Based on the book by Heather Dyer, The Flying Bedroom is an imaginative – if a little quirky – blend of dance, performance and digital storytelling that approaches the issue of anxiety for young children.

We saw it this afternoon at the Sherman Theatre as part of its tour around Wales, a second run following success last year.

Right from the onset, children are made to feel at home and are invited to sit at the front of the stage if they wish, placing them right at the heart of the action.Created by North Wales-based Little Light dance theatre company, The Flying Bedroom opens with Elinor, played by Angharad Jones, anxious about her first day at ‘big school’ in the morning. She worries that people will laugh at her hair, steal her lunch money, and that she’ll be no good at rocket science, not helped by her big sister Sian (Cat Ryan) teasing her. 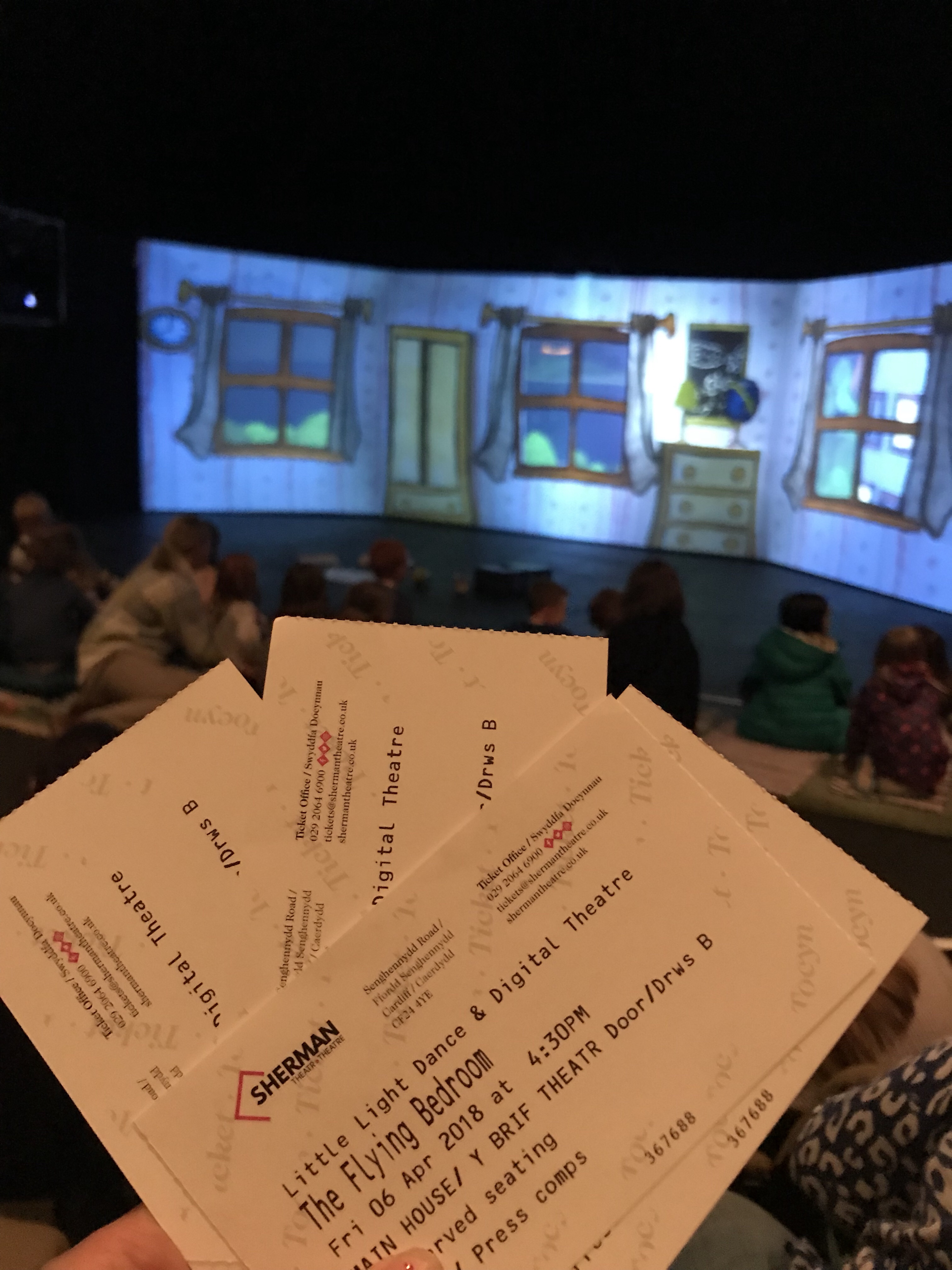 As she falls asleep, her room starts to fly. An animated screen at the back of the stage helps us witness her adventure, whizzing through the streets and onto far off lands – a tropical island, an encounter with a pirate ship, deep under the sea, and into space. It’s great to see theatre companies embracing digital technology but the graphics feel a bit dated and aren’t quite as effective as they could have been.

On her journey she meets a wide range of characters (all played by Cat Ryan) each of whom help her discover more about herself. She realises she can outwit a pirate and defend her lunch money; and even help an astronaut fix a space rocket. 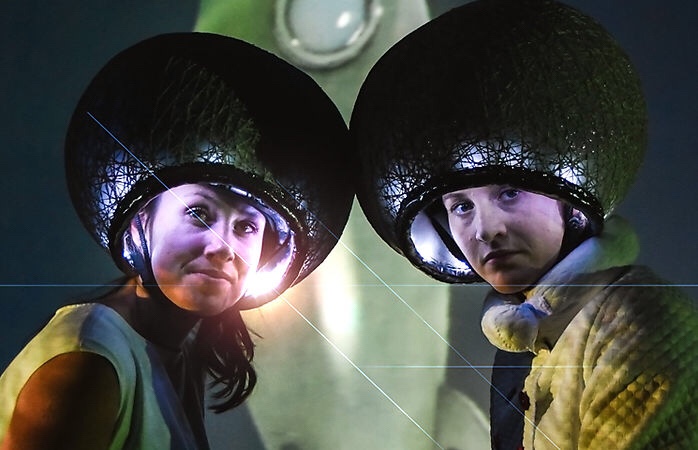 The show is fully bilingual, with the two performers cleverly flitting between Welsh and English throughout. It’s done in such a way – with one saying something in English; the other answering in Welsh and with words and phrases repeated between the two languages – that even if you don’t speak Welsh you can still understand what’s going on. 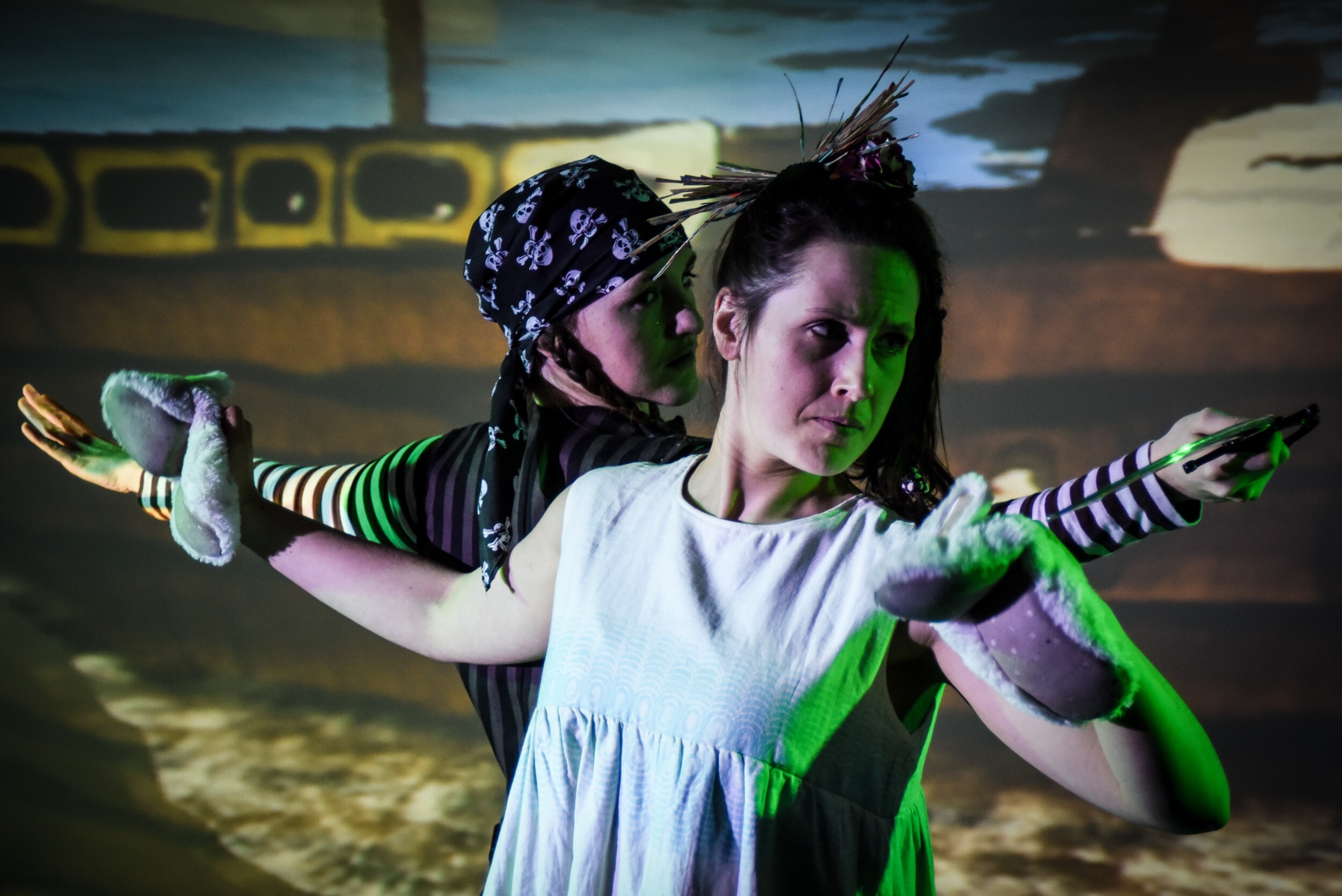 At 45 minutes it’s a good length for small children and I’d say it’s best suited for three to six year olds. My eldest two children are eight and six and a half and although they looked captivated during the show, their verdict at the end was that it was just “okay”. Littlest, who is four, seemed to really enjoy it though. It’s definitely relevant for him as he starts big school in September. We bumped into a friend at the theatre and her children were similar – her seven year old was indifferent but her five year old loved it… and her baby sat on her lap entranced by the whole thing throughout. 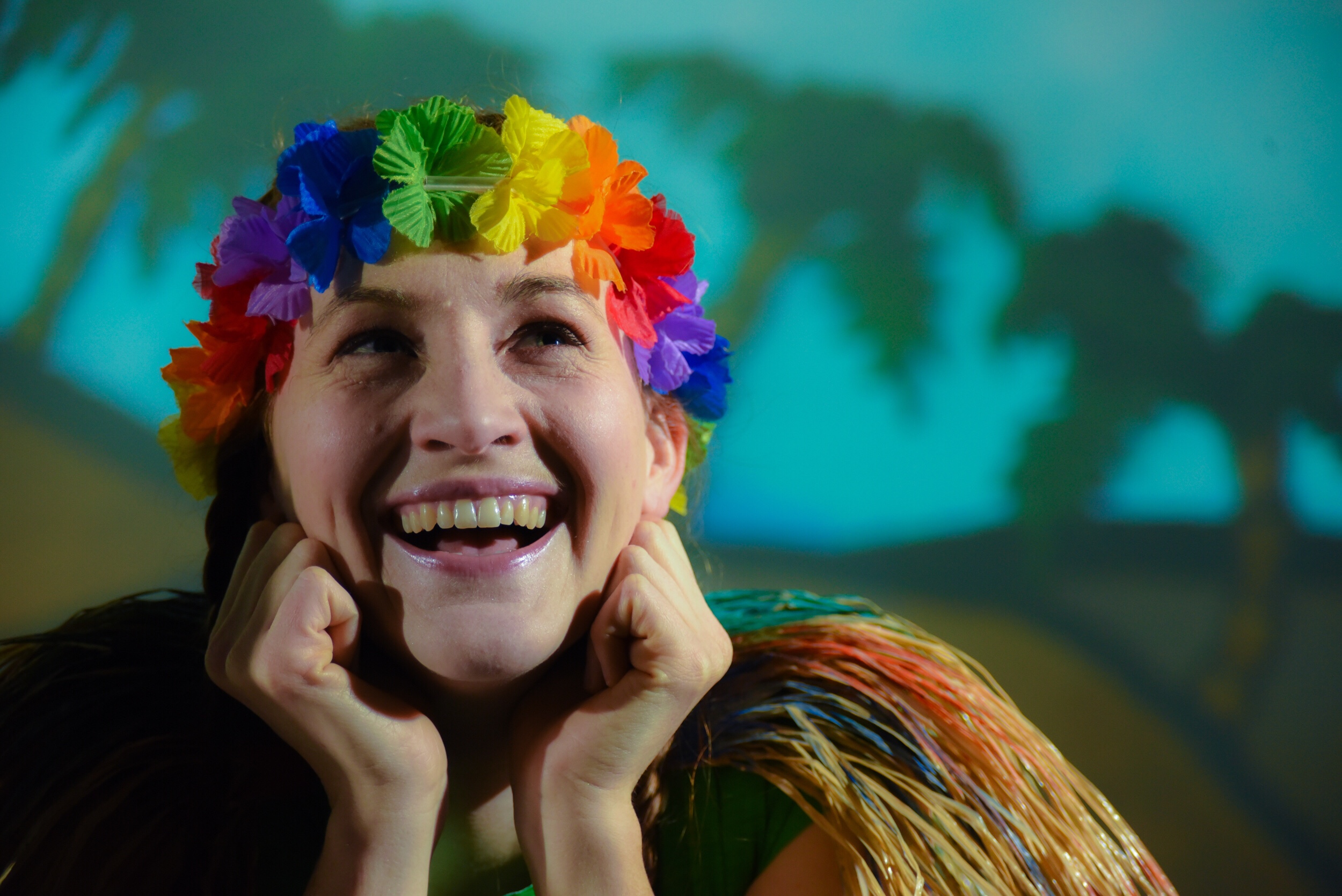 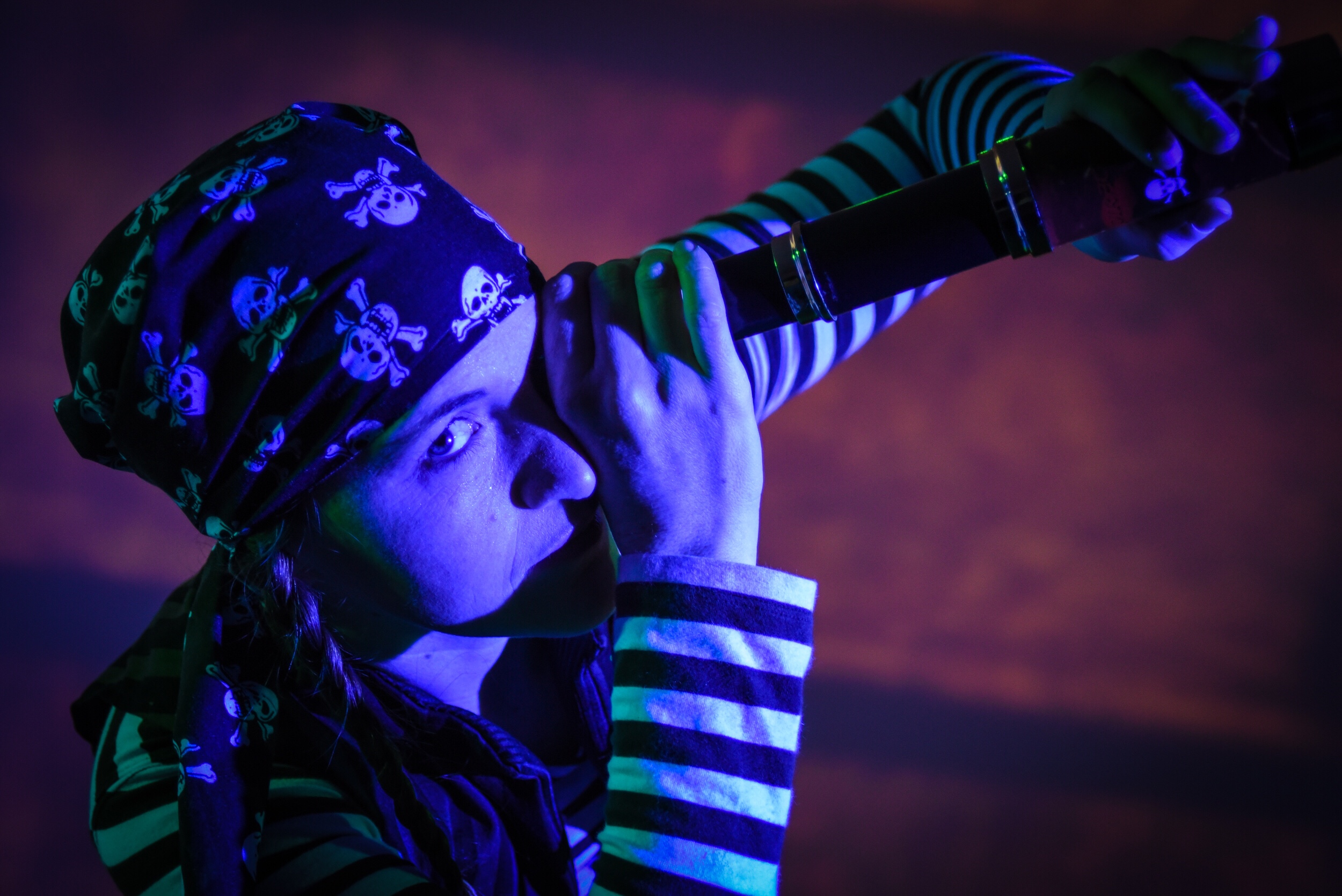 It’s great to see the subject of childhood anxiety being approached in such an accessible way (it reminded me in ways of Taking Flight’s You’ve Got Dragons from last year). Investing in the graphics – or even abandoning them altogether in favour of good old imagination and a few more props – would definitely strengthen the show and its underlying messages. 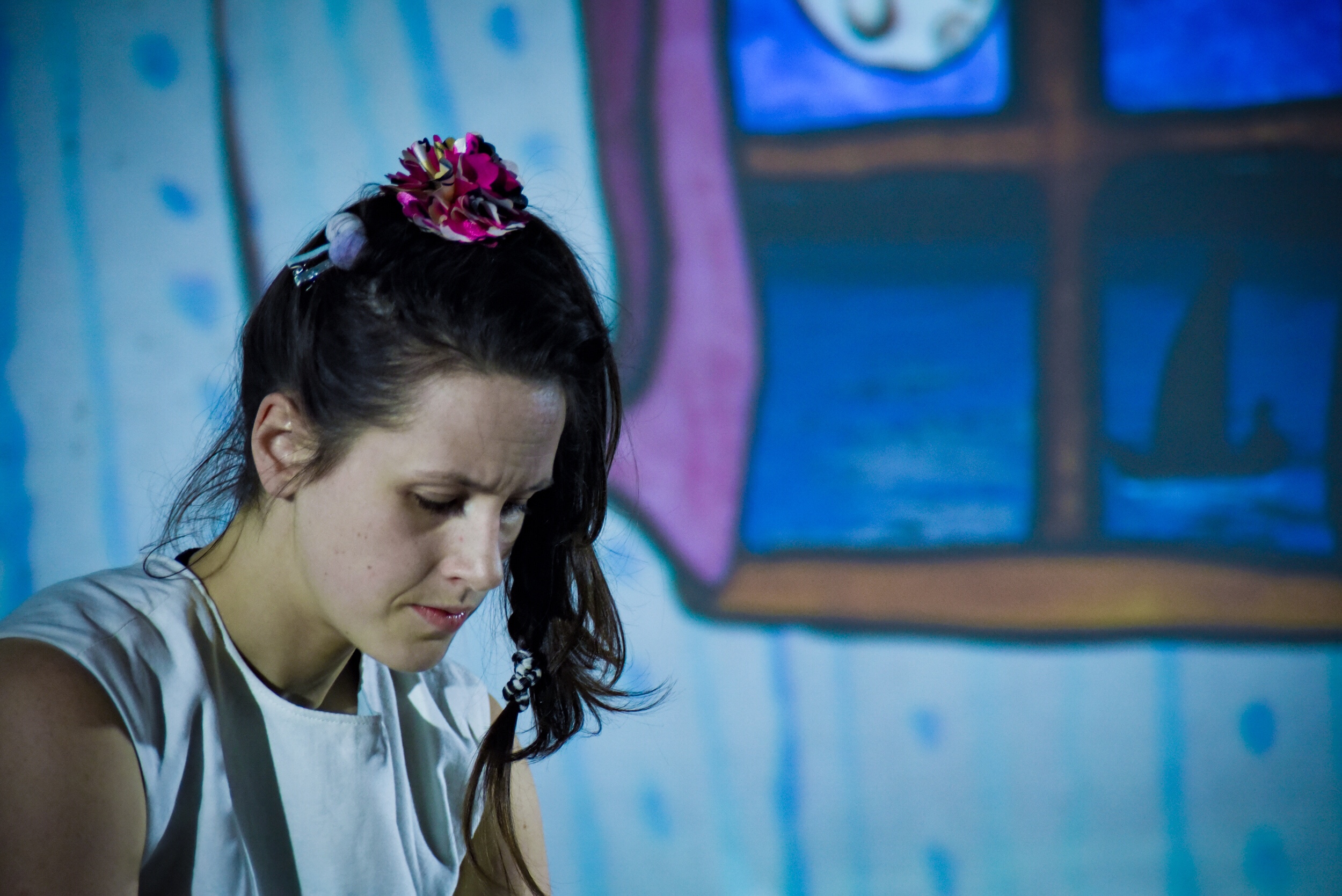 The Flying Bedroom continues at the Sherman Theatre on Saturday 7 April with performances at 1030am 1.30pm and 4.30pm. See the website for more information.

The show is touring Wales. See here for dates.

Homepage » Cardiff » The Flying Bedroom at the Sherman Theatre – review