The last time I watched The Addams Family was in the early 1990s, when Anjelica Huston, Raul Julia, Christina Ricci and Christopher Lloyd portrayed the kooky family on the big screen. Who could forget that finger clicking da-da-da-da tune and Wednesday Addams with her plaited black hair?

That film, and the follow-up The Addams Family Values, was just one of the many incarnations of the macabre family. Charles Addams’ cartoons first appeared in The New Yorker magazine in 1938, before being turned into a television show in the 1960s, animated cartoons in both the 1970s and 1990s…. and now a stage musical version currently touring the UK following huge success on Broadway.

The reviews of the UK show have been mixed. Some of the serious critics weren’t impressed when the show first opened, although later performances have garnered a great response from local papers and bloggers, not to mention audiences.

I took my two eldest children, Little Miss E, 7½, and Little Man O, 5¾, to see the show last night for its opening performance – and, incidentally, the 100th show. It wasn’t perfect, but we really enjoyed it. It got a standing ovation from the audience at the end, and there was so much laughter throughout. 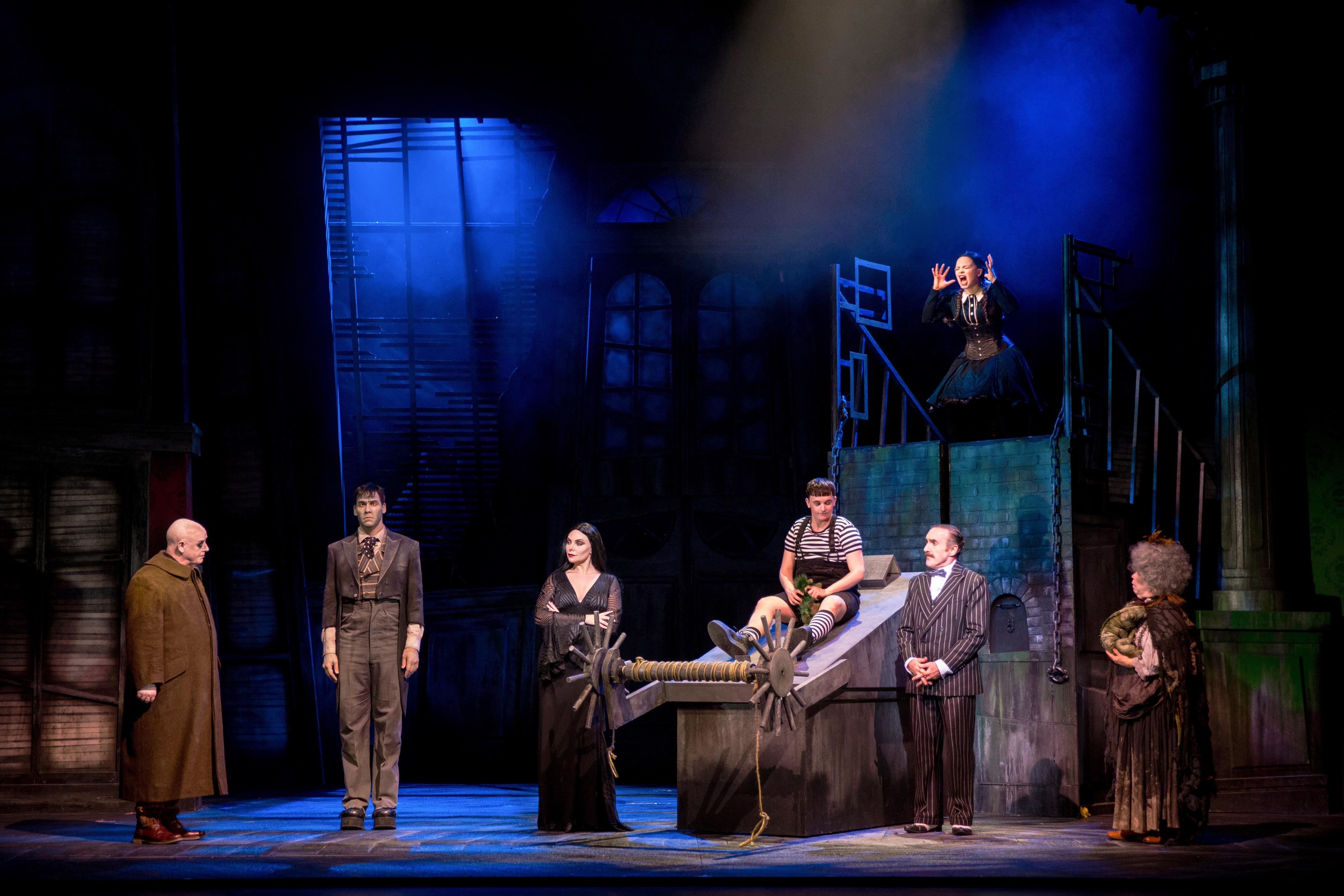 My two had absolutely no idea who The Addams Family were, so I played them the theme song (they knew it from a learning song they sing at school) and told them it was a bit like the animated film Hotel Transylvania, which they love, and indeed the plots of the two are similar, with a regular boy falling in love with a girl from a spooky family.

I was worried whether my children would be scared. It’s not scary, but it is quite dark, although always with enough humour to lift it. Wednesday tortures her younger brother Pugsley; Morticia kisses Pugsley goodnight and then shuts the lid on his coffin/bed; that kind of thing. There were a few sexual references, but they were done subtly enough that they went completely over my children’s heads. The recommended age guidance is 7+ and I’d say this is about right.

The plot was perhaps a little drawn out, and it didn’t quite have the same memorable musical numbers as other theatre shows. But there was plenty we enjoyed.

We loved Carrie Hope Fletcher as Wednesday Addams, all grown up and fallen in love for the first time. We’ve previously seen Carrie at Wales Millennium Centre as Truly Scrumptious in Chitty Chitty Bang Bang, but she looks so completely different here you’d never have guessed it was the same person.

Oliver Ormson is Lucas, Wednesday’s love interest and, after the pair decide to get married, is just as mortified about the idea of his parents meeting Wednesday’s parents, as she is. 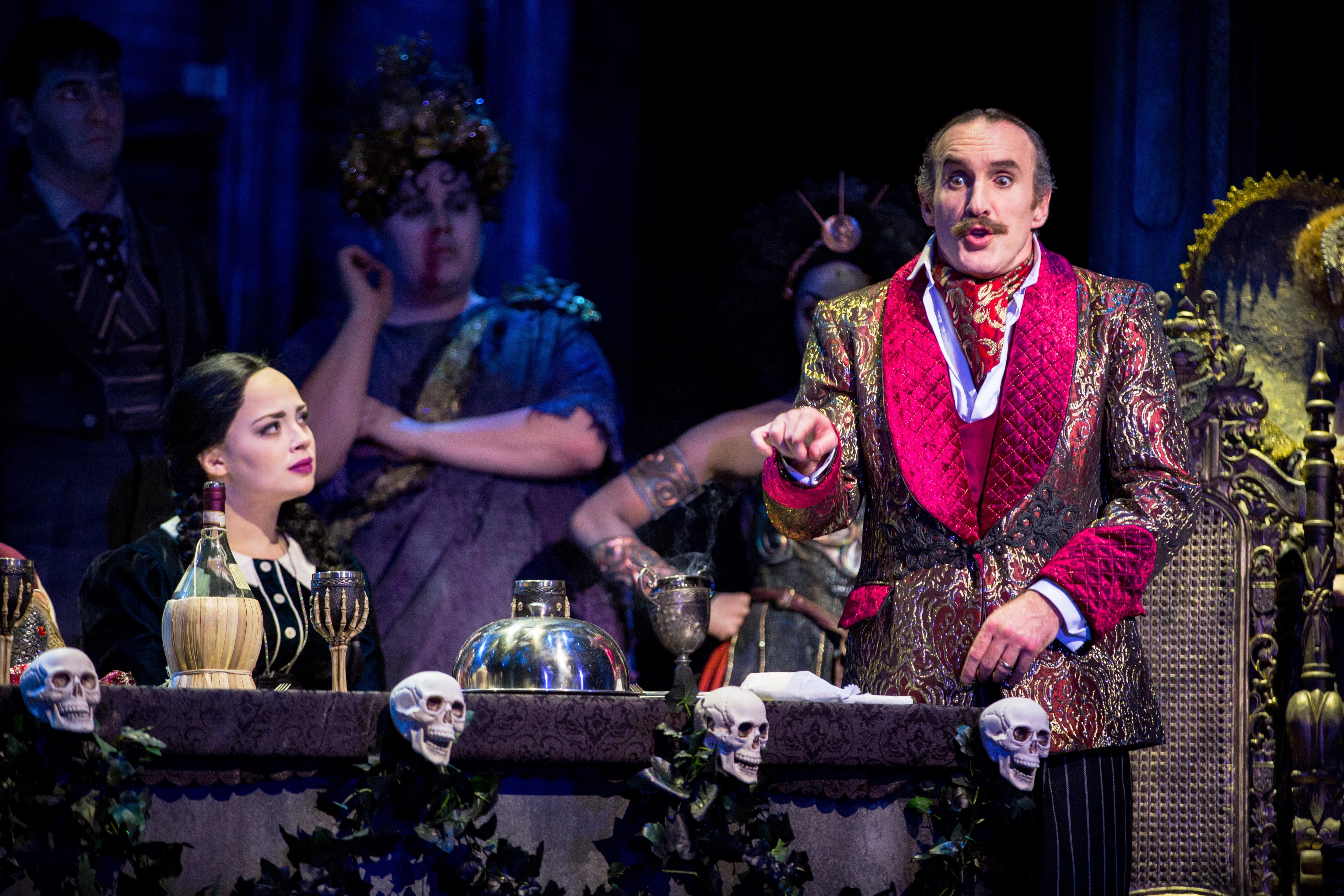 The family dynamics were well played out. Pugsley (Grant McIntyre) worries he’s losing his sister to love and the two wind each other up in a way that is all too familiar to anyone with a sibling, or who is parent to siblings. As Morticia, Samantha Womack (probably best known as Ronnie Mitchell in EastEnders) was a lot less pale and a lot sexier than in the film, but she had a wonderful stage presence, and no doubt a lot of mums in the audience could relate to her changing relationship with her daughter. I loved the dynamics between her and on stage husband Cameron Blakely as Gomez Addams, although it was his relationship with Wednesday that was particularly touching.

The audience loved TV-favourite Les Dennis as Uncle Fester, the bald-headed brother of Gomez. He acted as a narrator at times, pausing the on-stage action to speak directly to the audience. It worked really well, adding a lot of humour. 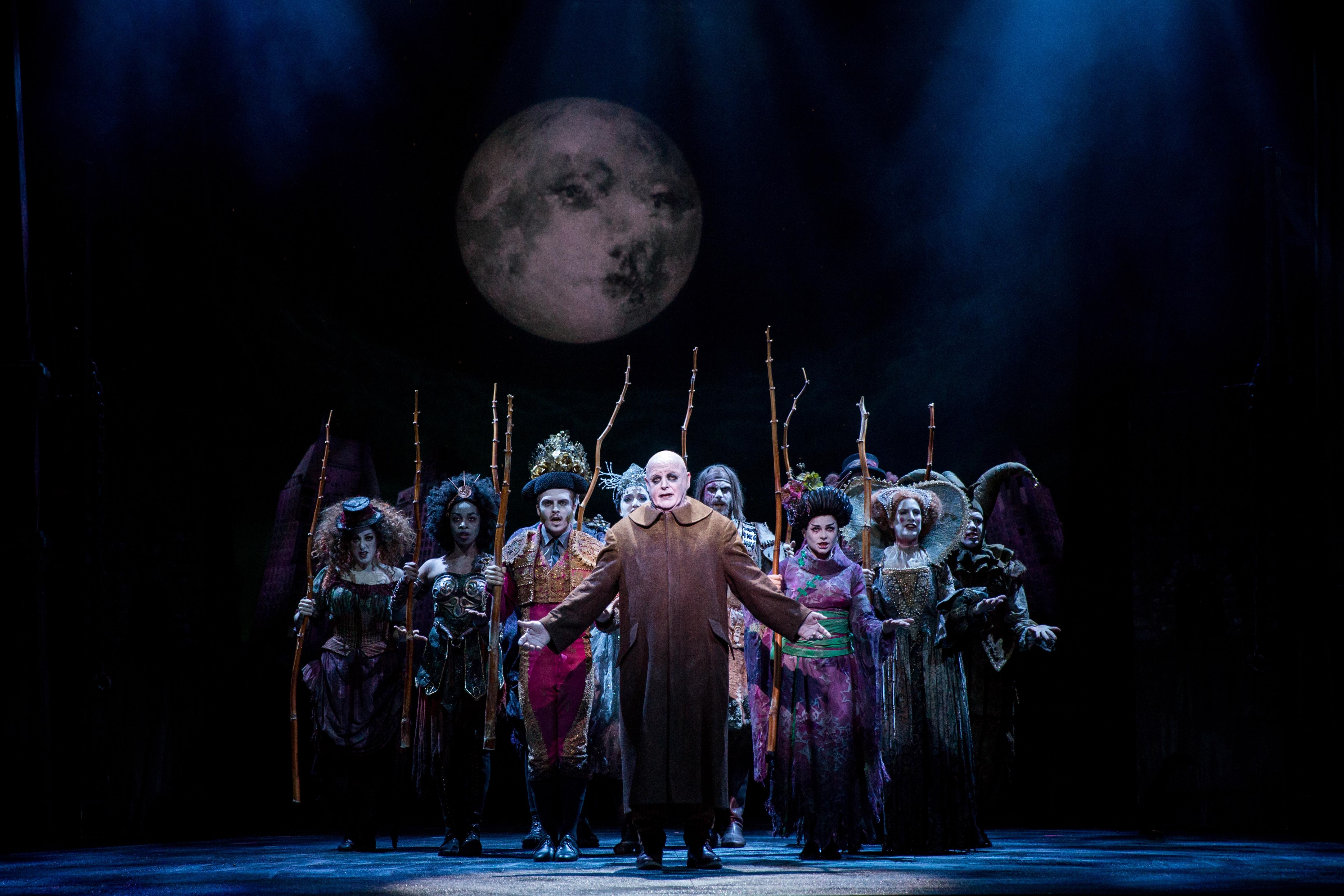 My children thought Lurch (Dickon Gough) was hilarious. He barely said a word until the very end of the show, but his slow movements across the stage had us captivated.

There were plenty of laugh-out-loud moments, both from the physical comedy and also the witty one-liners of which there were so many. 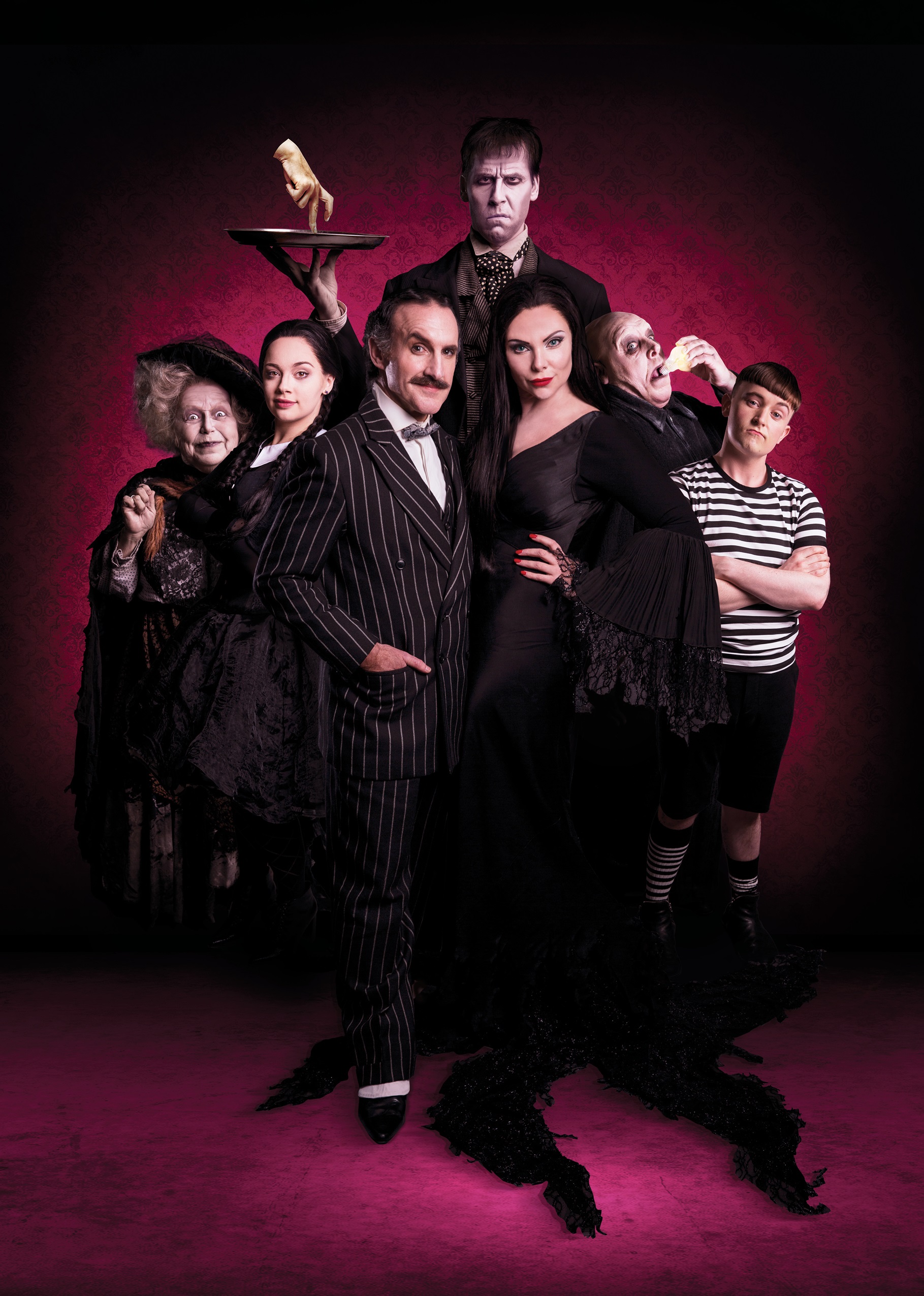 The costumes of the main cast were exactly as you would expect if you’ve ever seen the film or TV show, but it was the spooky period costumes worn by the supporting cast of ghoulish Addams family ancestors that really impressed. The way the chorus members moved about the stage, taking it in turns to appear as the painting in a giant frame, worked really well.

Funny, emotional and feel-good as love finds a way and characters rediscover who they really are, The Addams Family is a quirky, highly enjoyable stage show, and a great summer holiday treat for families with older children.

The Addams Family is at Wales Millennium Centre until Saturday 12th August. Call the box office on 029 2063 6464 or visit www.wmc.org.uk to book.