Thanks to the New Theatre Cardiff for inviting us to see Horrible Histories: Terrible Tudors in exchange for this review

My children are obsessed with the Horrible Histories TV show at the moment. They love the Terry Deary books too but there’s something about the TV show, which blends gruesome facts, singing and rapping, endless jokes, historical information, contemporary references and a bit of poetic license, into memorable sketches, that has really captured their imagination. My nine, seven and just-turned-five-year-old are always telling me random – usually hideous – facts about the Victorians or Normans, the Egyptians or the First World War.

There might be the odd historical inaccuracy (people from ancient history definitely didn’t rap or floss, for example, and it’s been well-publicised that the show has had to correct a few errors) but the TV series, just like the books, ignites children’s imaginations with the realisation that history isn’t just boring stuff that happened in the past. It’s led to so many questions from my three and a desire to know more about different historical eras.

With the TV show such a favourite, you can imagine how delighted they were to be invited to review Horrible Histories Live on Stage at Cardiff’s New Theatre last night.

Birmingham Stage Company – highly acclaimed for their children’s theatre productions – are currently in the city with two productions, Terrible Tudors and Awful Egyptians, at the New Theatre until Saturday. (They’re also back in Cardiff in April at the Sherman Theatre with Brand New Barmy Britain.) 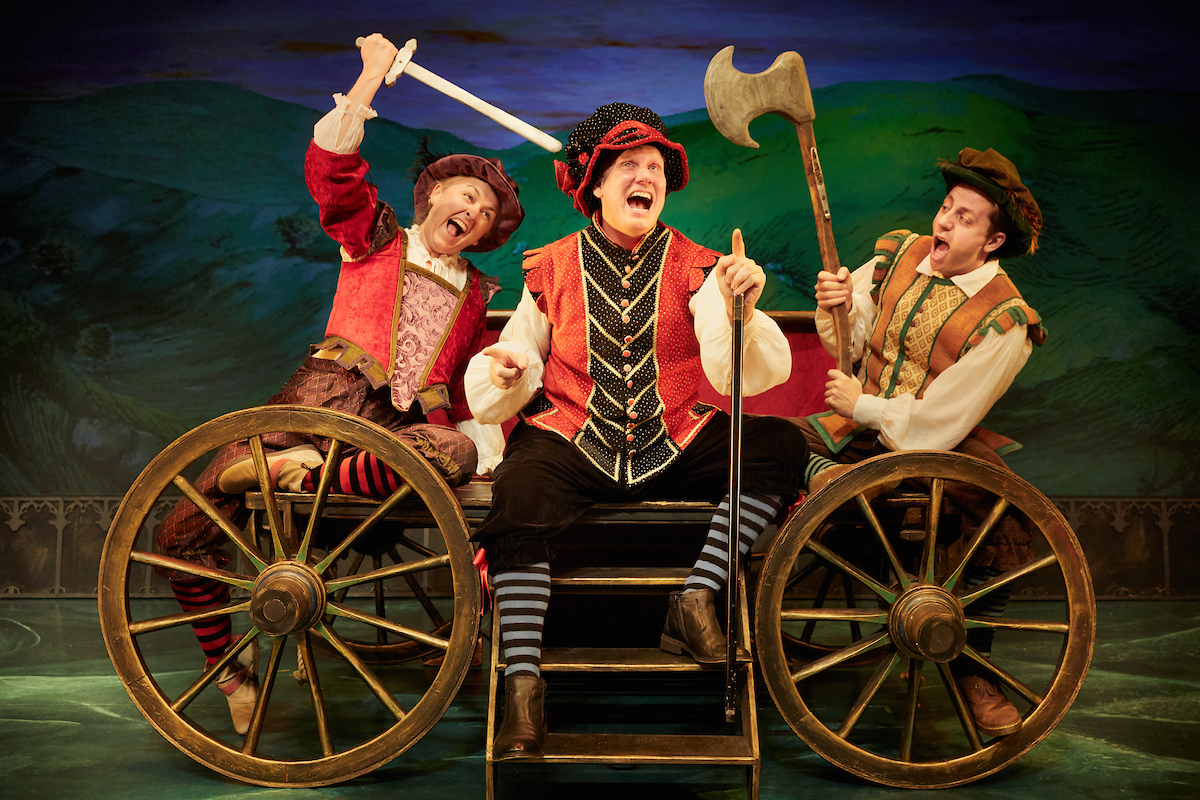 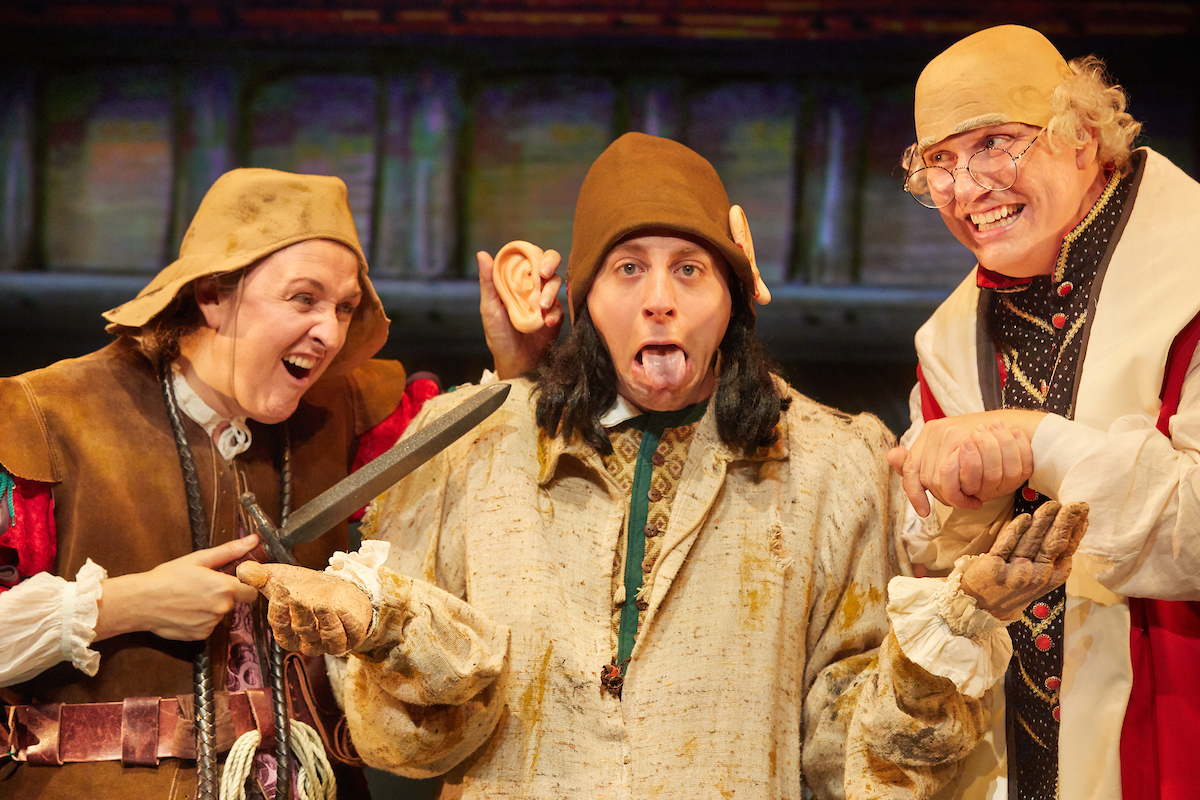 The timings of some of the shows means they’re geared more towards school groups – but there are evening and weekend performances of both too, including last night’s opening performance of Terrible Tudors.

The show starts with Richard III and ends with the death of Elizabeth I, packing so much into its two 45-minute acts. It’s dark at times with nasty and gruesome facts, body parts being chopped off and people being beheaded. But every time it verges on scary, the humour turns things around and has you laughing again. Simon Nock, Izaak Cainer and Lisa Allen perform a huge range of different characters with particular highlights for me including Queen Elizabeth I and Will.i.am Shakespeare singing I’ve Gotta Feeling; a football style chant that explains the Protestant and Catholic divide of the time; and an audience sing-along about Henry VIII’s six wives that means you’ll never forget their various fates. 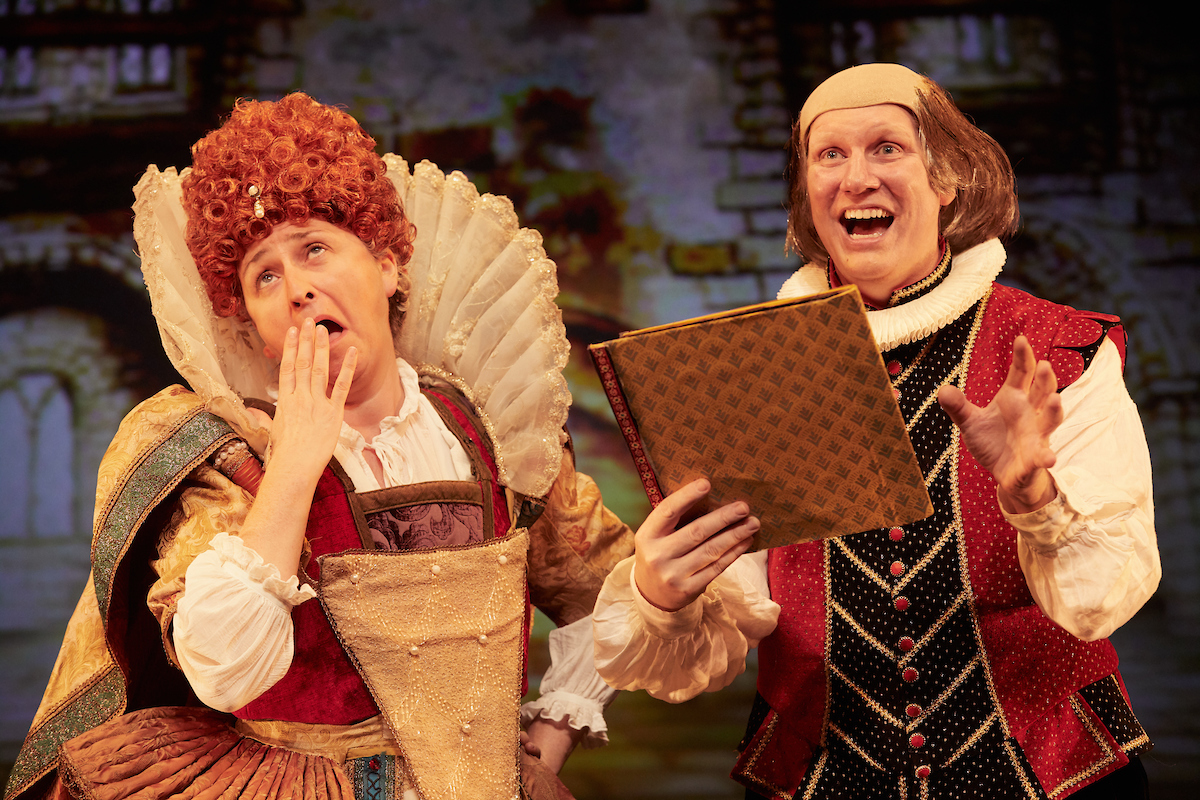 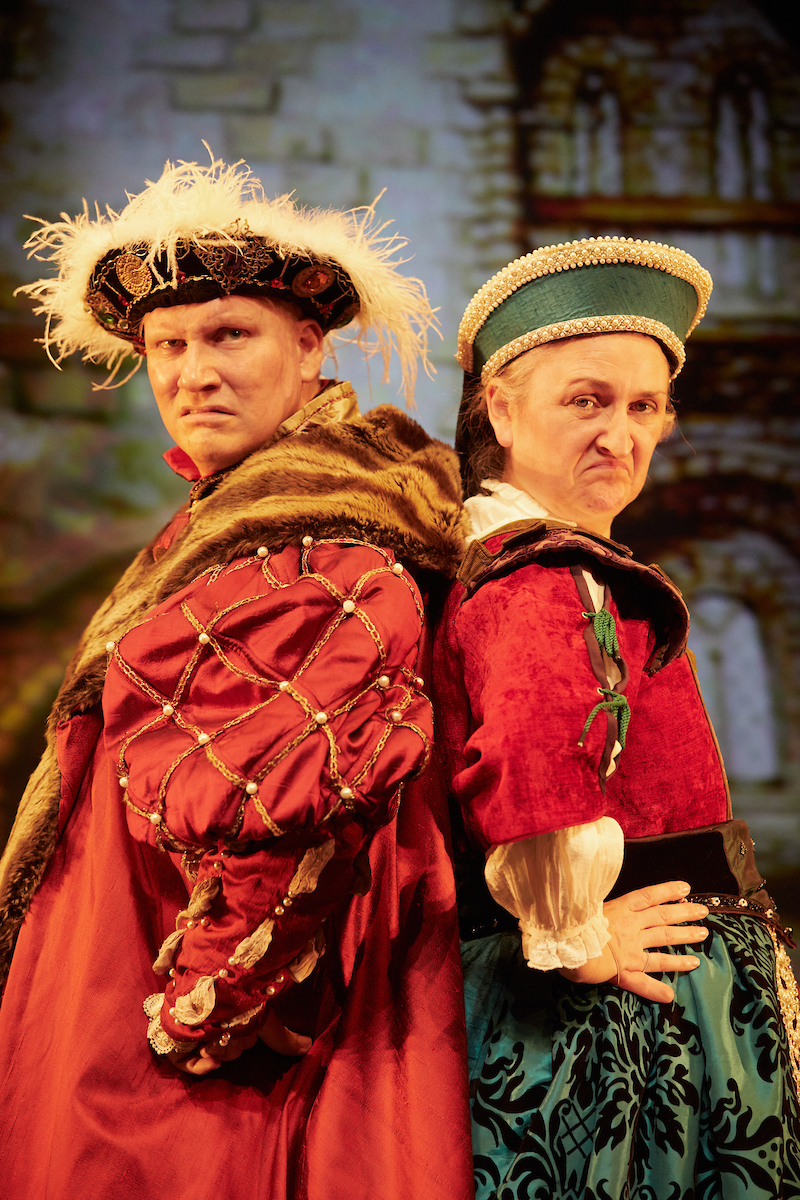 For the second act we’re given 3D glasses so we can watch in ‘Bogglevision’. My eldest two children loved this, although the youngest was a little unsure. We see the Spanish Armada sailing towards us; fireworks exploding before our eyes and a skeletal head edging our way. The show would have been great even without this, but this added extra is impressive.

The age guidance states the shows are suitable for children aged five and above. However, I think this depends on the individual child. Murder, beheadings and violence are routinely referred to and acted out – albeit surrounded by humour – and some of the content is quite dark. My youngest – who turned five this week – takes things like this in his stride. However, I know my now nine-year-old daughter would not have coped well with it at all when she was five.

Overall though Horrible Histories Live on Stage is a thoroughly entertaining piece of theatre, educational and informative but hilariously funny and rather gruesome too. We loved it.

You can book both shows here.

You can book here.