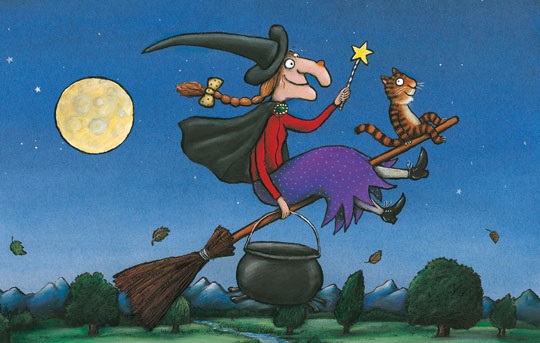 Adapting a popular picture book into a stage show is always a tough task. How do you turn a story that takes no more than five minutes to read into an hour-long performance that is faithful to the story but which entertains and holds the attention of the audience?

Especially when the book is such a well-loved favourite as Room On The Broom by the queen of young children’s literature, Julia Donaldson.

Her fast-paced rhyming prose in this and other books is staple bedtime reading for millions of households across the country, with little ones able to recite the book by heart before they can even read themselves. The illustrations by Axel Scheffler – her creative partner for many of her most famous books, including The Gruffalo – are bright, engaging and well-loved.

We’ve seen a few stage adaptations of Donaldson’s books over the years. What The Ladybird Heard was brilliant (I reviewed it here); The Gruffalo and The Gruffalo’s Child were good but some of the characterisations didn’t work as well as they could have. 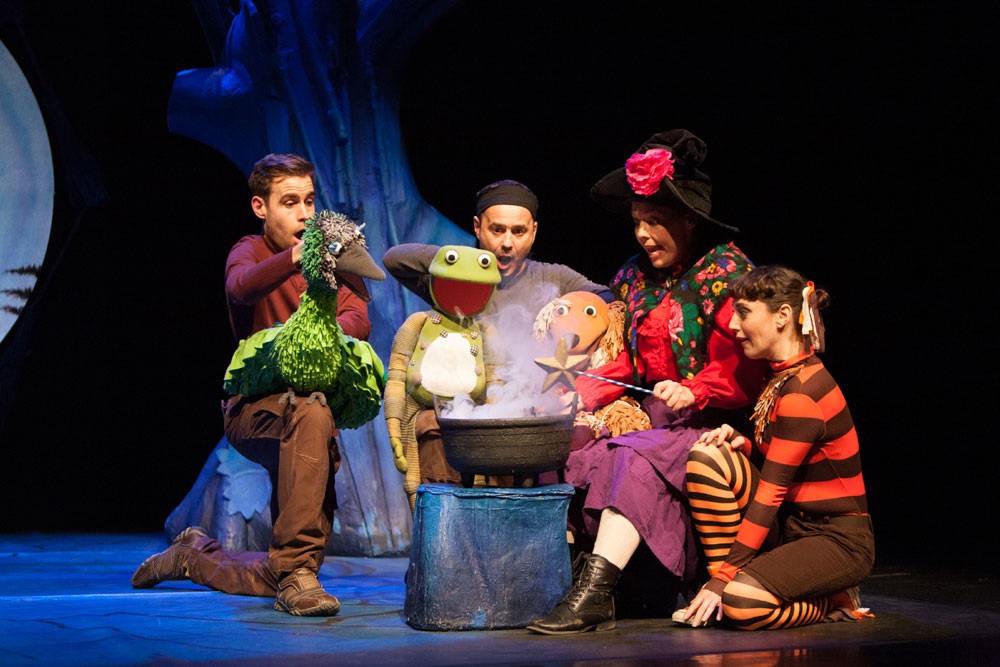 Room On The Broom Live, currently showing at The New Theatre, Cardiff as part of a UK tour from Tall Stories, lies somewhere in between. It is a lively and energetic performance which stays true to the story and features many lines from the book, but it would have benefitted from more chances for the audience to participate, as the children and the parents at today’s show were jumping on any chance to recite a familiar line from this much-loved book or to shout at the stage.

The action starts with a group of campers in the forest at night. Set against the backdrop of a moon and trees, there is an element of eeriness about it, but not too much to frighten the youngsters in the audience. In fact, the children think the snoring from one of the campers is hilarious. My five-year-old daughter, Little Miss E, was laughing out loud. Suddenly, they spot something flying in the air above – a witch’s broomstick tumbling towards the ground…. and the cast of four cleverly transform into the well-loved characters from the book.

The familiar story is expanded and accompanied by a variety of catchy songs, as the witch and her cat find themselves flying their broomstick down to the ground after the witch drops her hat, bow and wand. Their search for the missing items finds them meeting a dog, a bird and a frog, all of whom want to board the broom too. With the broom fully-loaded with five passengers, it breaks and the friends fall down into the bog – and the witch finds herself in the clutches of a menacing dragon. Thankfully, her kindness towards her friends means they are there to help her when she needs it most and they cunningly scare off the dragon. 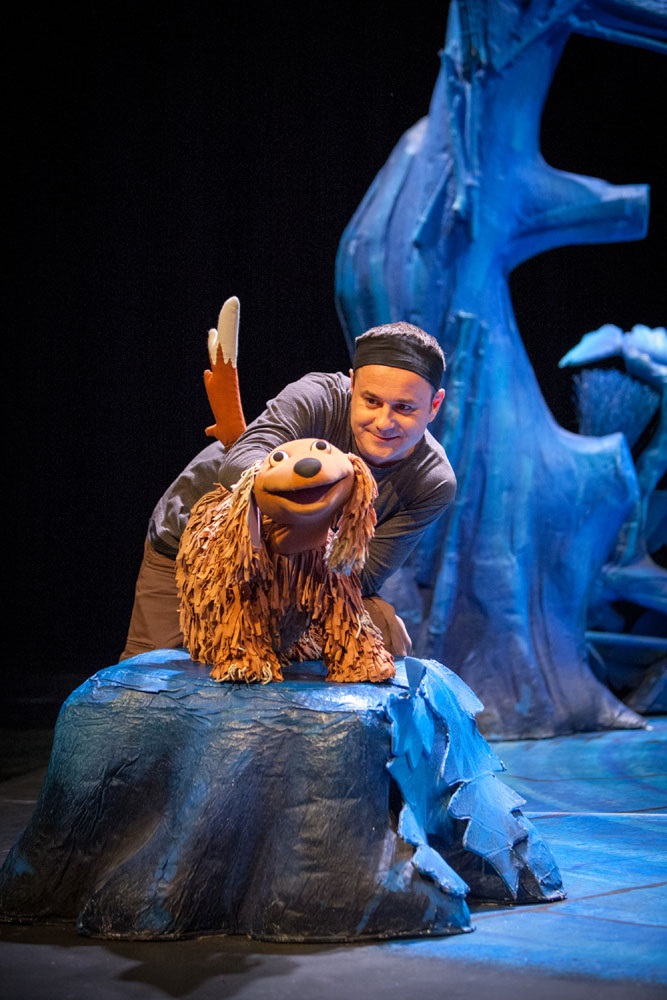 I loved Yvette Clutterbuck as the witch. She has a touch of the comedy actress Miranda Hart about her, both vocally and in the fact she kept forgetting her spells and her clumsiness at dropping her possessions.

Emma Maclennan is an endearing cat, with her striped costume staying faithful to the cat in the book. The use of puppets for the three animals wanting to hitch a ride on the witch’s broomstick worked well. I’m never too sure what young children will make of puppets being visibly moved by the actors in question, but there didn’t seem to be any confused young people around me. Dan Foxsmith plays the bird and David Garrud as the dog and the frog – but all of the cast operate the puppets at various points too. Dan Foxsmith also plays the dragon – a fire-breathing creature whose favourite food is witch and chips, complete with Welsh accent (which would have been passable anywhere other than Cardiff!).

It was great to see back stories being created for the characters. The cat was found by the witch in the mud and is rather jealous of the other creatures who want to board the broom. The dog is excitable, playful and loves to howl, the green bird has been left behind by his flock, while the country and western singing frog is escaping a princess who is trying to kiss him.

At around an hour long with no interval, the show was the ideal length for the children in the audience, who ranged in age from newborn to around seven. Any longer and their interest would have started to wane. A couple of the songs were really catchy; others less so. My eldest two recognised them instantly playing in the toilets after the performance finished but thankfully we managed to avoid the merchandise stall!

As I mentioned previously, the audience seemed to be looking for opportunities to join in, so some more interaction would have gone down well, but my children, not to mention their parents, really enjoyed ourselves.

Room On The Broom Live is currently touring the UK. For a full schedule, see the website. It runs at New Theatre, Cardiff until Sunday 27th July with a few tickets still available, if you’re quick!

Have you seen, or are you going to see, Room On The Broom Live? I’d love to know what you thought. You can let me know in the comments below, on the Cardiff Mummy Says Facebook page or by tweeting me on @cardiffmummy

For more ideas of family-friendly activities in Cardiff and South Wales, see this post on 63 free family days out for summer 2015.

Disclaimer: We were given four tickets for Room On The Broom in exchange for a review.

4 Comments to Room On The Broom live – theatre review