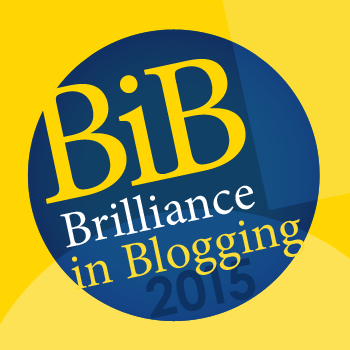 I’ve been blogging for just over eight months now. It’s been a fantastic experience and a brilliant learning curve. And just when I thought I’d got my head round it all, my blogging friends are all suddenly talking about the Brilliance In Blogging Awards. Also known as the BIBs, this is an annual awards ceremony for parent bloggers run by the Britmums network. That’s right – we parent bloggers have our own awards! The Oscars of blogging!

All over Twitter and Facebook people are saying “please nominate me!” I kind of ignored all this campaigning at first; I was more thinking of all the wonderful blogs I enjoy reading and how hard it would be to choose who to nominate. There are so many fantastic bloggers out there writing entertaining articles on all aspects of parenting and you can only nominate one in each category, so it’s going to be tough.

But then a blogger I admire messaged me to say he had nominated me in the BIBs’ Fresh Voice category. Me! Little Cardiff Mummy Says, tapping away on her iPhone when her baby is napping in the buggy while I’m on the school and nursery run, and jumping on her laptop when all three kiddies are in bed and I’ve cleared up the day’s mess. With no child-free hours whatsoever during the week, I very rarely get onto my laptop before 8pm for a couple of hours of writing, a few nights a week. Some bloggers work full-time on theirs! I love what I do, and people tell me they enjoy my blog…. but it’s very much a sideline, so you can imagine how shocked I was that someone thought it was award-worthy. Or nomination worthy, at least. 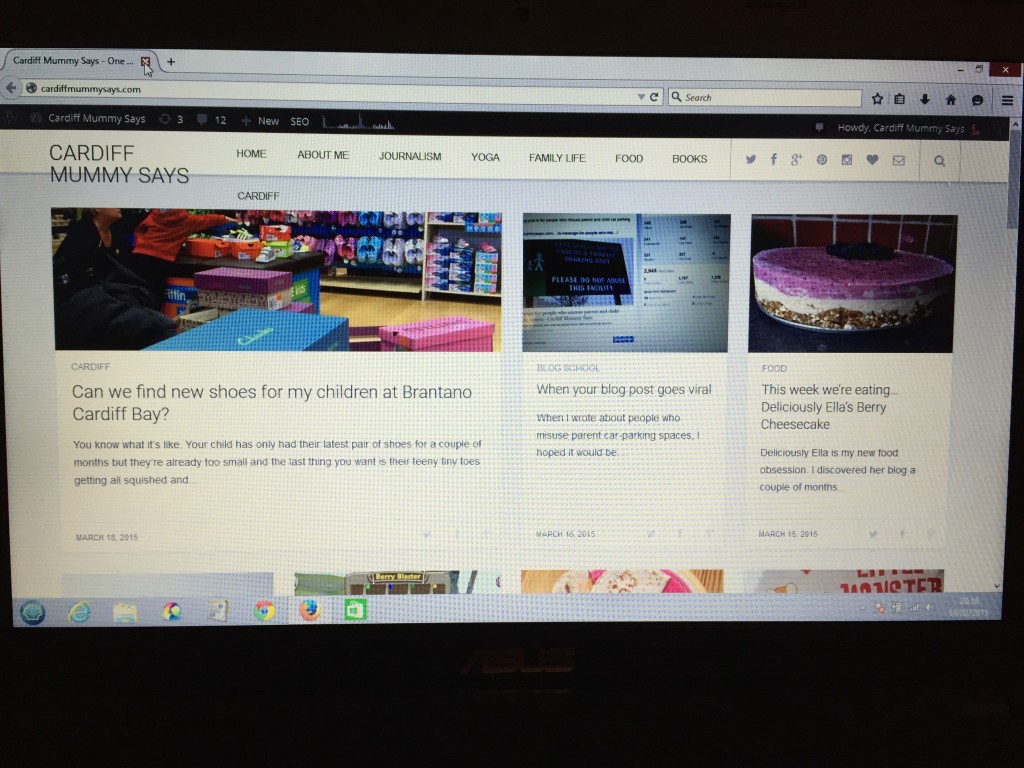 Last year the BIBs got over 200,000 nominations and votes. The person who won the Fresh Voice category was Katy Hill. Yes, as in the gorgeous former Blue Peter presenter! Now, I’m not sure if we regular folk stand a chance when there are celebrities in the running, with their glamorous and exciting lives. But the parents who read my blog tell me they relate to what I say, and my reader numbers are growing every week. Since I got the confidence back last August to stop blogging in secret and share my writing, my blog has had more than 145,000 page views and more than 1,100 people like my Facebook page (edit: since I wrote this post, those figures now stand at 300,000 and 1,600). It got me thinking that perhaps there are other people who like my blog enough to nominate me too, so my existing nomination won’t be all lost and lonely among the thousands of others.

You can read all about the BIBs here.

You can nominate bloggers in up to 12 categories here. Nominations are already open and close at midnight on 12th April. 10 people in each category will make the shortlist – the five with the most nominations (so every nomination helps!) and five chosen by the judges. Voting will then start again for the five finalists, with the winners being announced at the Britmums Live awards ceremony on 19th June.

The information you need for me is as follows:

Blogger’s email: cardiffmummysays at gmail . com (I’m writing it in this way so that spambots don’t find me – I’m sure you can work the address out).

You then have to say why you think the blogger deserves the award – now obviously that’s up to you, but my reason for starting Cardiff Mummy Says was because, as a parent of young children living in Cardiff, I could find no real media that was relevant to me. As a reader, I wanted something that combined articles of local interest with general articles on parenting. I also wanted to be part of a community where people could share their opinions and support each other online. I hope that’s what I have created and I hope the non-Cardiff articles are just as relevant to parents elsewhere in the world too.

You then have to link to your favourite post on the site – I’ve written over 100 posts, but here’s a reminder of some of the most popular ones.

Nothing bad has happened, I’m just having a bad day

Rules of the shop according to toddler shopkeepers

How does anyone manage to keep on top of the housework when they have young children?

A poem – First Day At School

Wow! Did I really write all of these?! I guess the Fresh Voice category is the best place to nominate me, but you might decide one of the other categories suits me better.

Like I say, the awards are hugely competitive. I can only imagine how long it will take the judges to sift through all the nominations. But you have to be in it to win it and even if I don’t make the list of nominees, it’s humbling to think that even one person thought I deserved to. Whether I make the shortlist or not, I’m so grateful to everyone who has read my blog over the last eight months, liked a post, commented or shared. You’re all awesome. x