It never ceases to amaze me that we have a castle right in the middle of our city centre here in Cardiff. A beautiful part-Gothic Victorian, part Norman castle amid all the shops and office buildings. It also never ceases to amaze me that if you live or work in Cardiff, you can visit for free. You just need to sign up for a Castle Key, which costs a bargain £6 and is valid for three years. Even better, there’s no charge for Castle Keys for children.

The castle is a brilliant way to spend a few hours if you’re in the city centre. And if you visit over Easter, there’s a trail you can take part in until Sunday 23rd April at the cost of £1 per child. 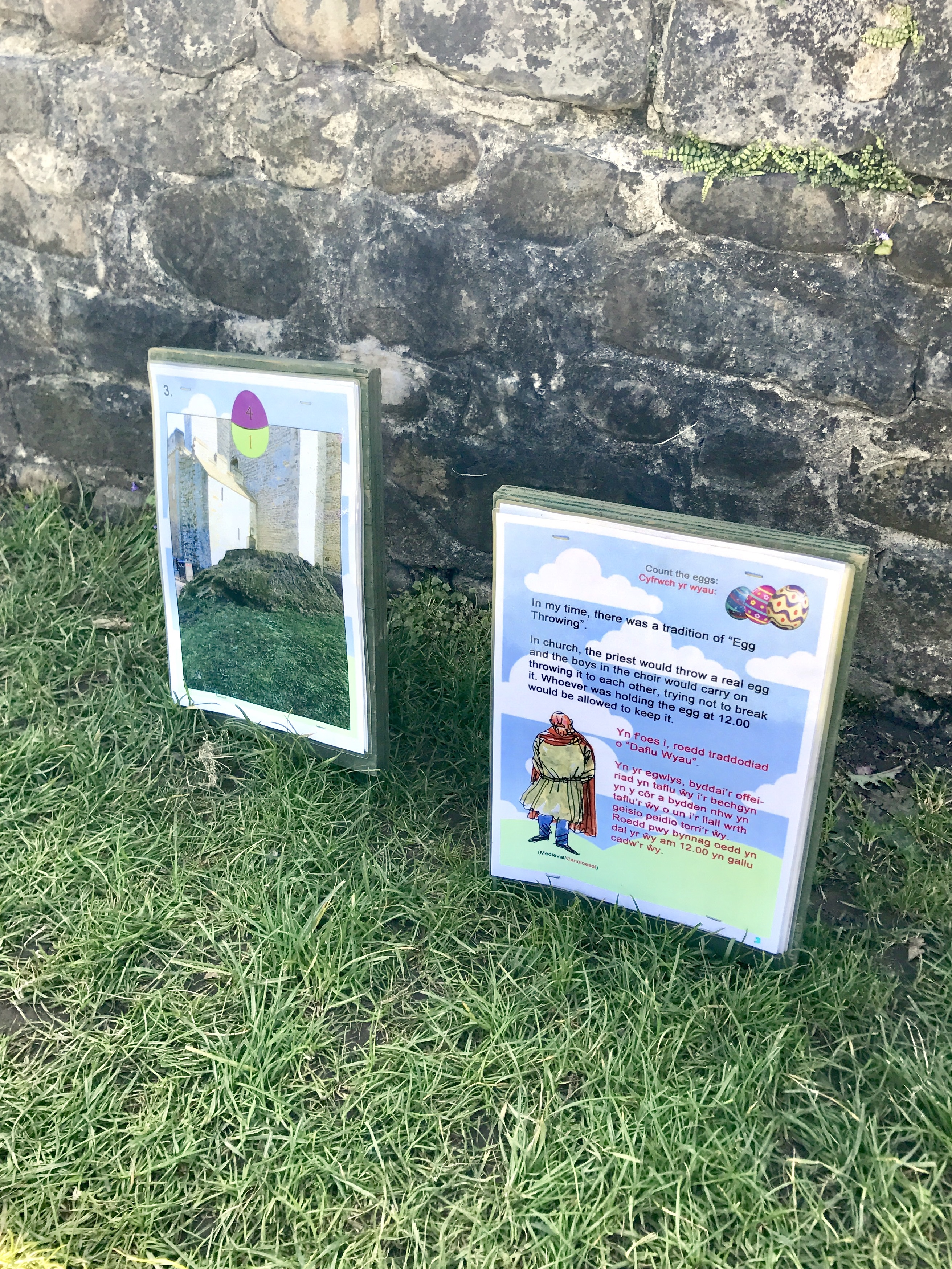 I took my three children – Little Miss E, 7, Little Man O, 5, and Toddler Boy I, 3, and we spent around three hours there in the sunshine.

It’s a place we go to regularly, but having the trail gave us a different focus by which to explore.

The trail encourages children to explore the castle grounds, looking for clues. These are are all on colourful display boards, giving anecdotes about the history of Easter, and each has a number written on it. Collect all the numbers as you journey around and then the very last clue gives you a code, replacing each number with a letter. Spell out the word and you can claim a prize from a selection of small toys.

I will say that the trail is the same as in other years, but although my children remember taking part previously, amazingly they didn’t remember any of the clues or the all-important answer, so it didn’t affect our visit.

They loved all the little facts about past Easters, such as when chocolate Easter eggs were first invented, the world’s biggest Easter egg, and an Easter bombing in the city during the second world war. 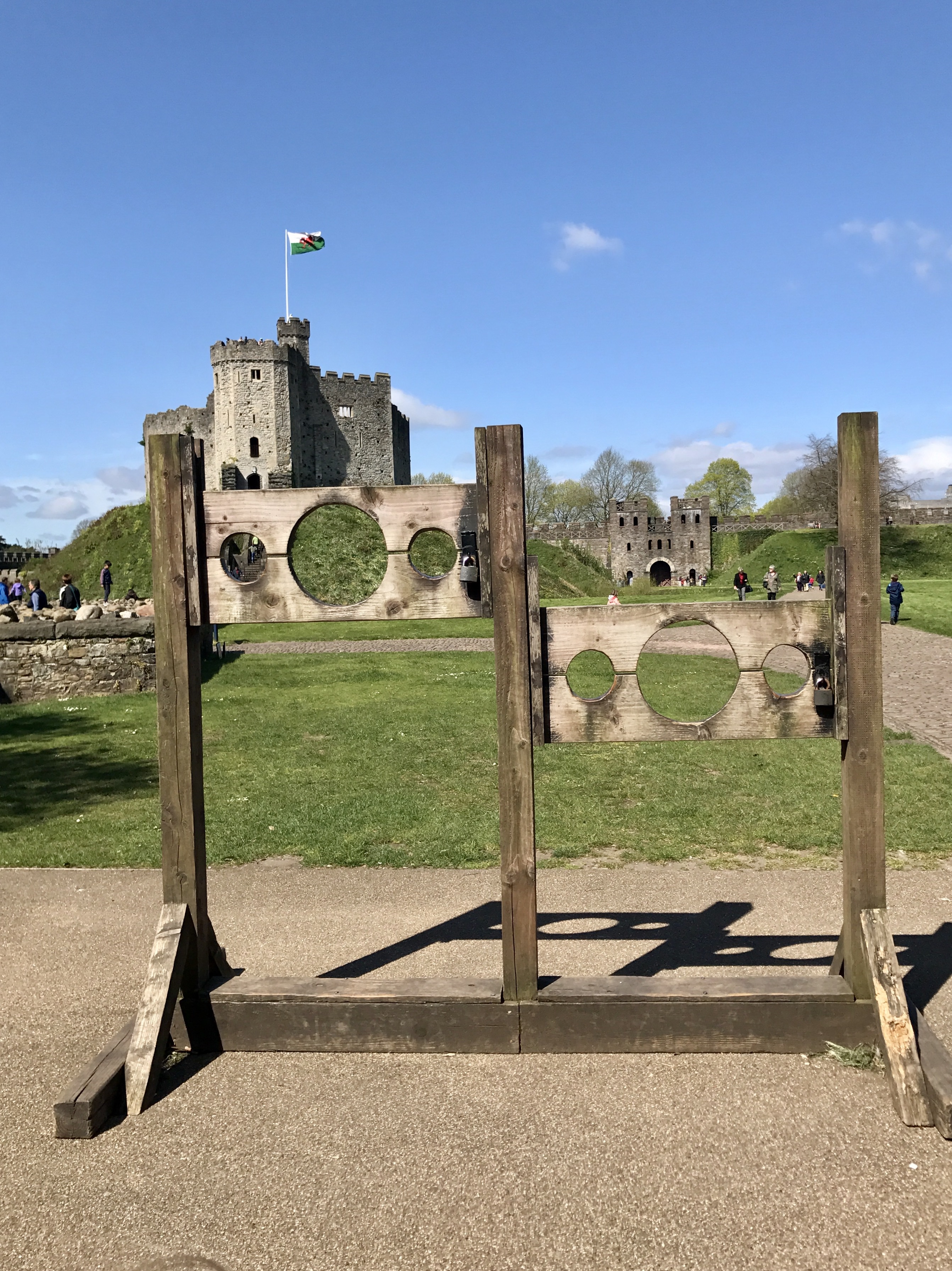 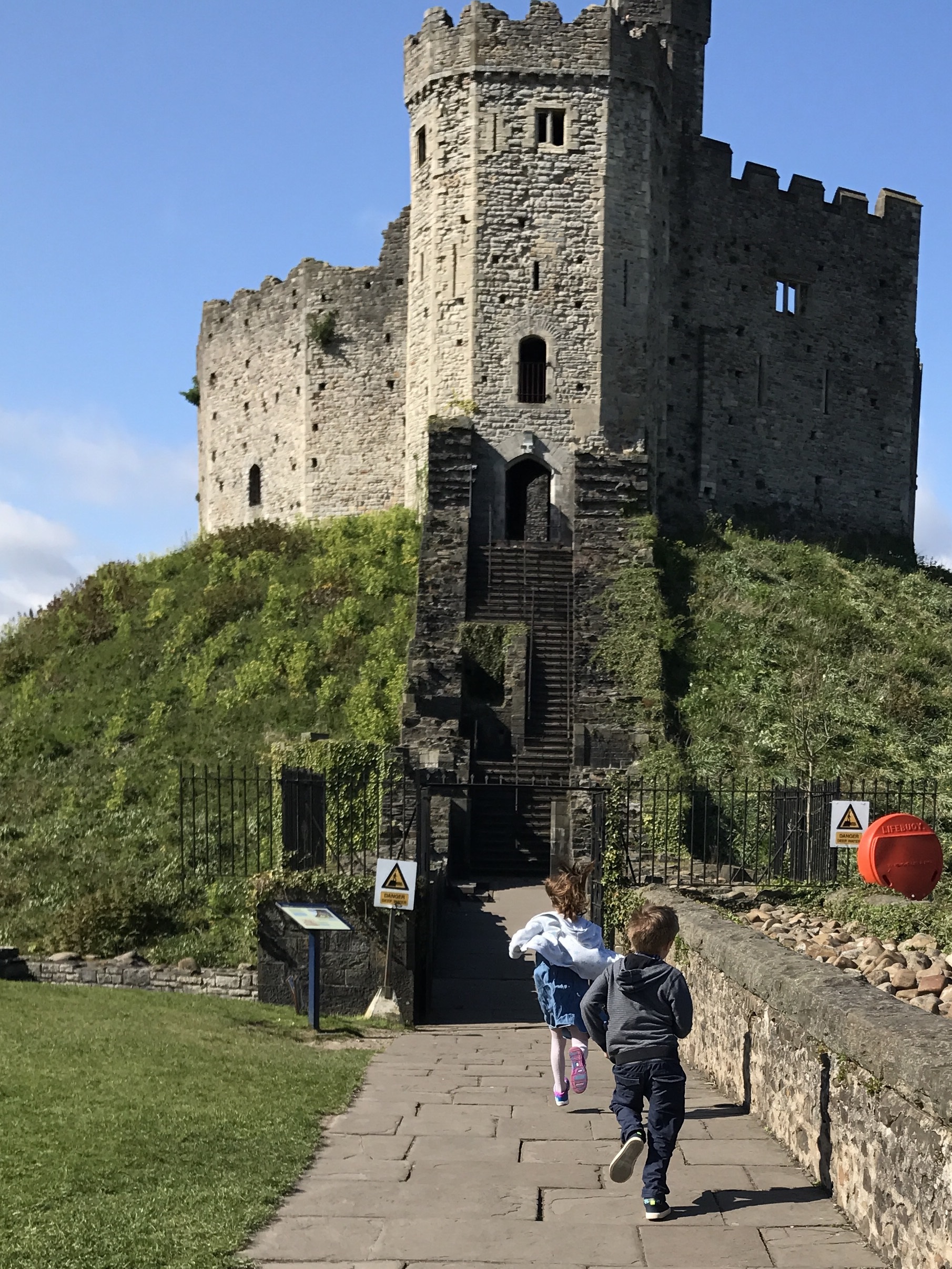 The trail is mostly on the castle lawns, with a handful in the wartime shelters within the castle walls and the walkway alongside the battlements.

All of these areas are accessible with a pram or wheelchair but it’s worth noting that buggies are not allowed in the main castle apartments or the Norman keep (which is accessed via lots of stairs).

After we’d completed the trail, we headed down in the lift to Firing Line, a museum depicting the history of the Welsh soldier. There’s a lot to read here… and with three kids I never get to read as much of this as I’d like, but my children enjoyed the dressing up area of helmets and army wear, and seeing the life-size depictions of soldiers from different historical periods. 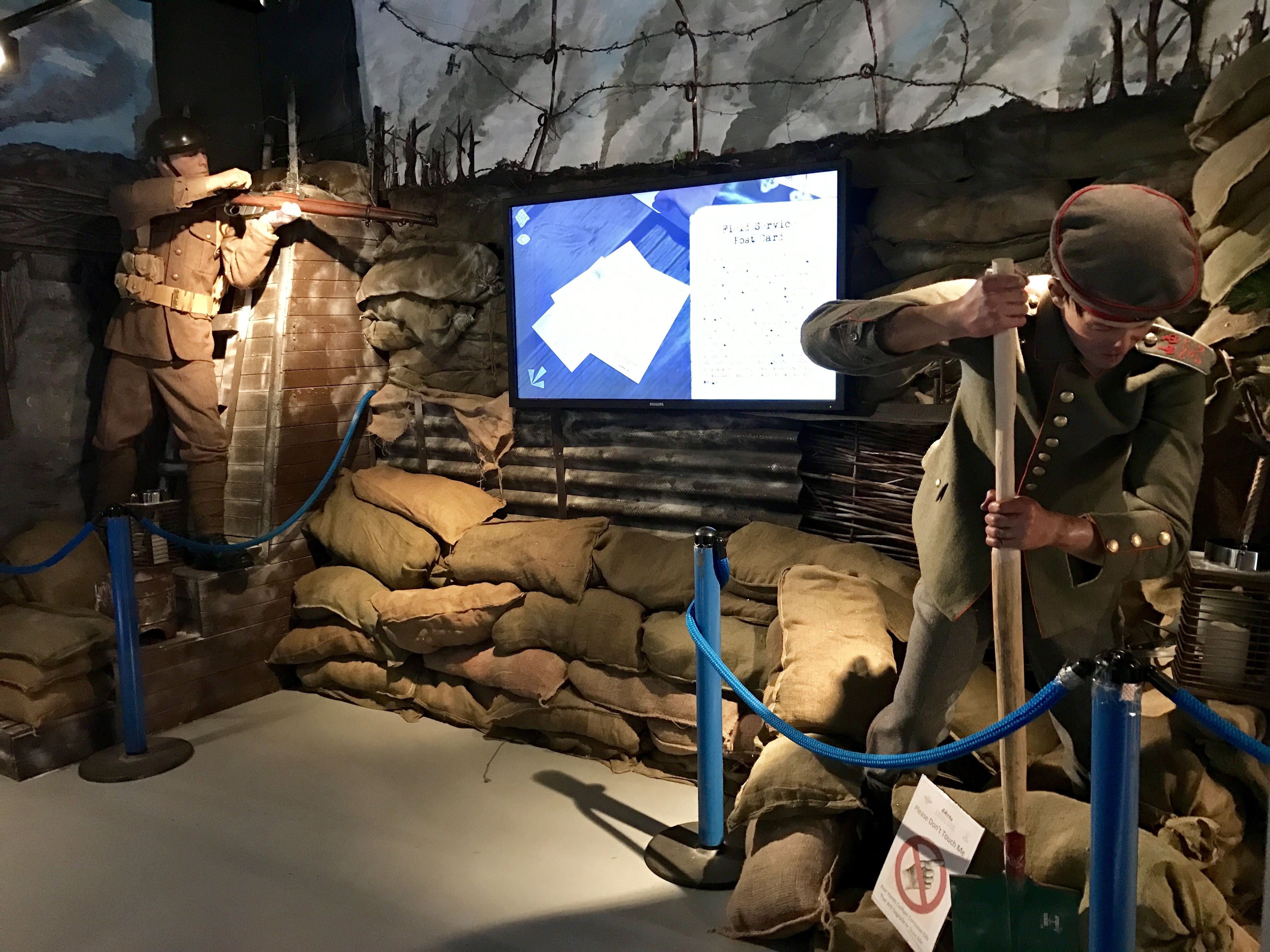 Other things worth looking out for are the trebuchet, an historically accurate replica of a 13th century siege engine developed to attack the solid walls of castles; the remains of a Roman wall; the sculpture of the abandoned soldier;  the medieval-style stocks, which are perfect for photo opportunities; and a small dressing up and play area on the second floor. 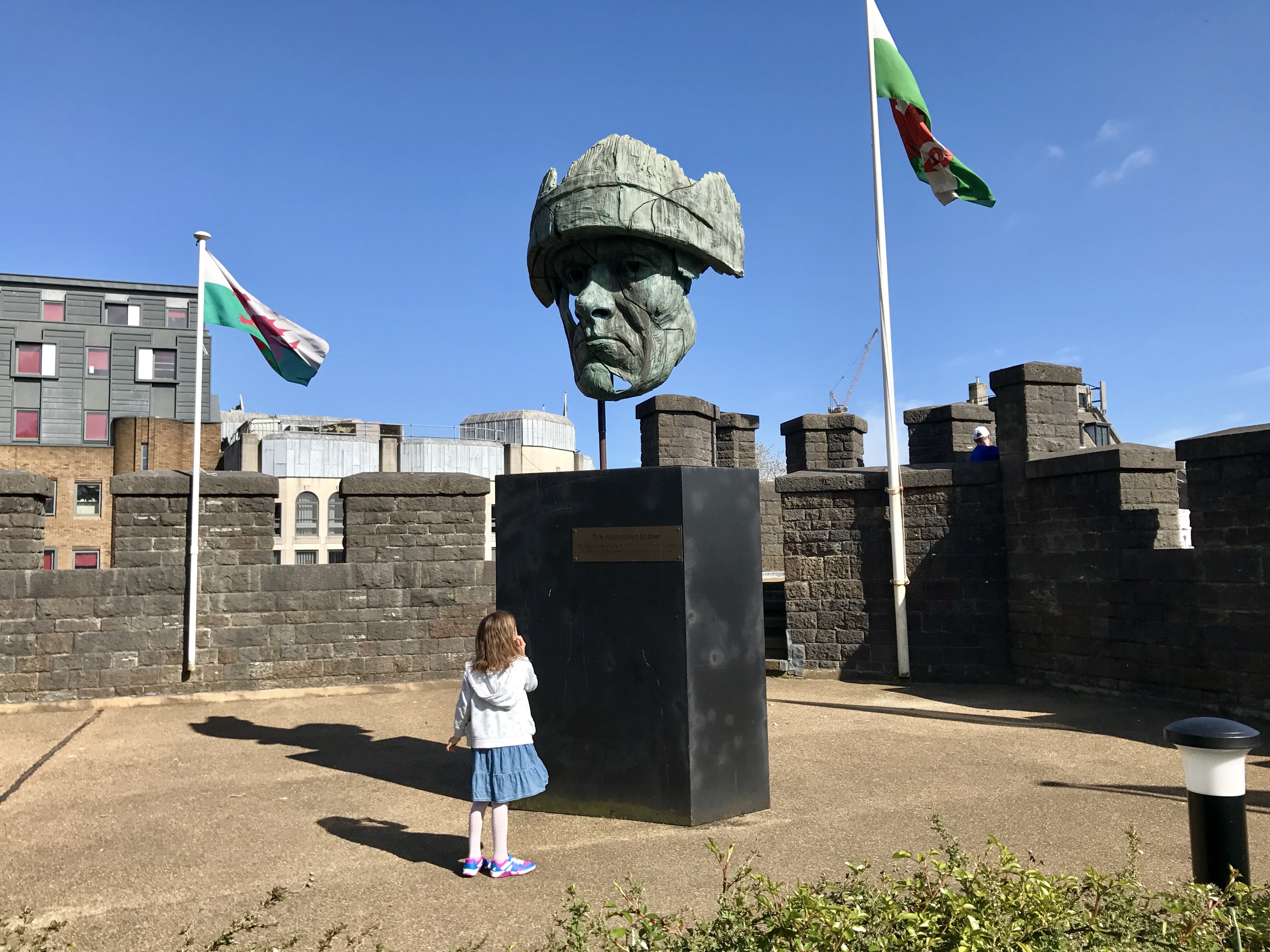 The Easter Trail at Cardiff Castle runs until Sunday 23rd April. It costs £1 per child, on top of usual admission prices, or a valid castle key.

Have you visited this Easter? Let me know what you thought in the comments below, on the Cardiff Mummy Says Facebook page or by tweeting me on @cardiffmummy 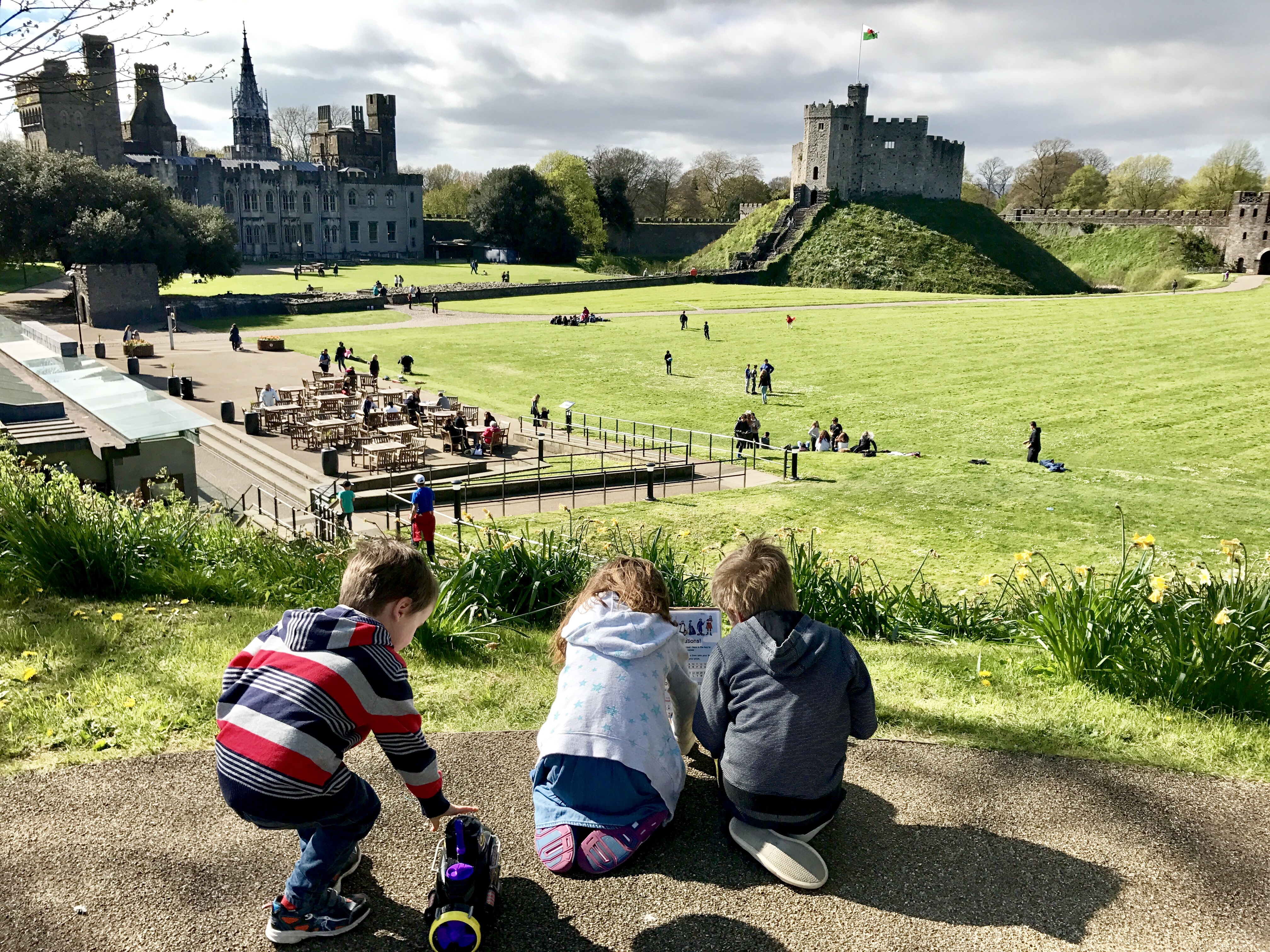 Disclaimer: We paid for our Easter trails and my Castle Key ourselves and Cardiff Castle did not know we would be writing this review.