One of the best pieces of advice I was given when we signed up for our National Trust membership three years ago was to, as well as the usual day trips, use the properties as ‘service stations’. So, breaking up a long car journey by stopping at a property en route to give the children a chance for a run-around, have a picnic, use the loos and, of course, enjoy a property we might not otherwise have visited.

That’s exactly what we did earlier this month when we had to drive to Oxford. We left Cardiff earlier than we needed to and spent a couple of hours at Chedworth Roman Villa near Cheltenham, about 90 minutes from Cardiff. 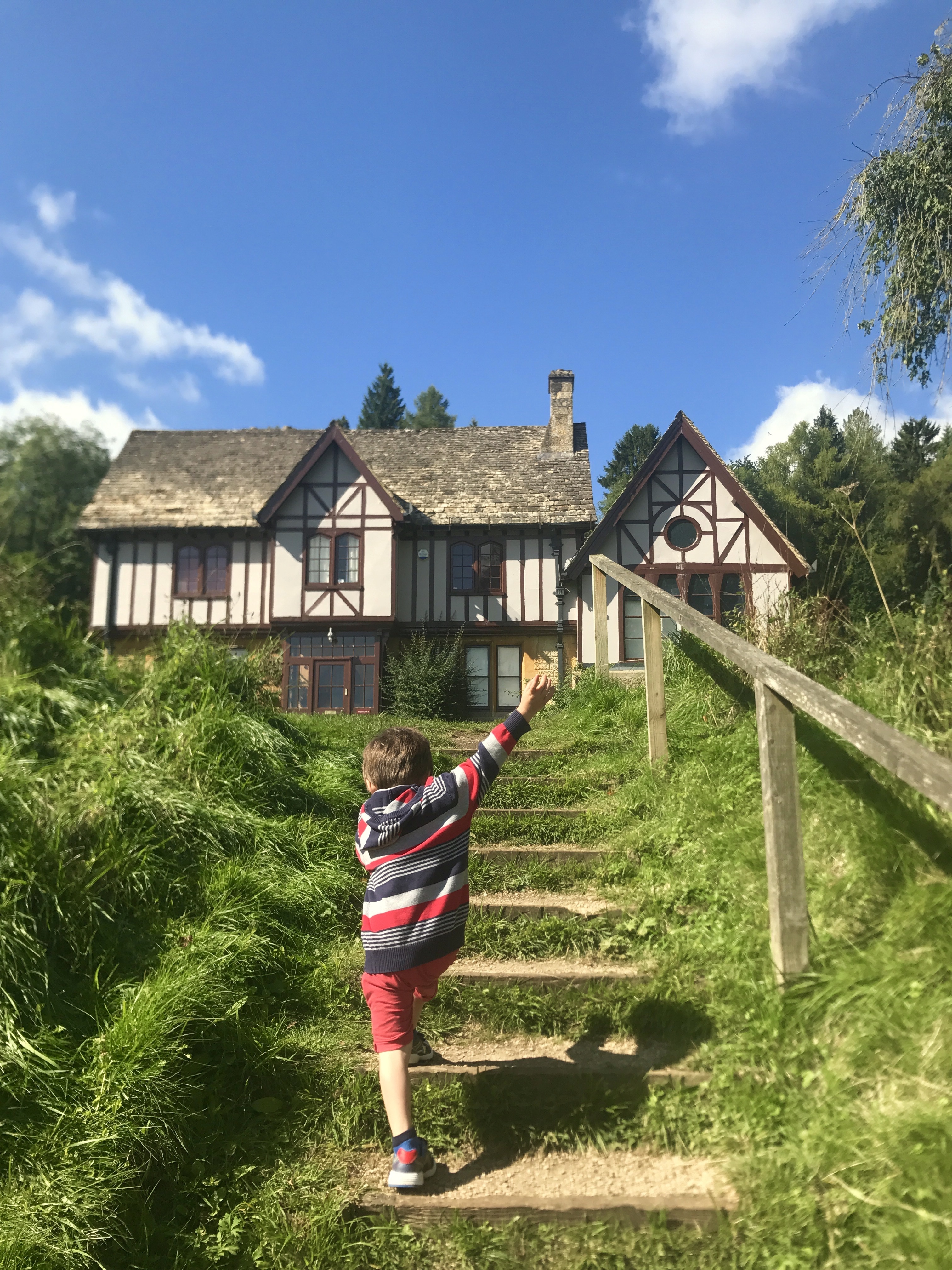 It’s somewhere we had wanted to visit for a while because as a family we love the Romans. You might remember our holiday to Rome earlier this year. It was a return trip to our honeymoon destination 10 years on and with three kids in tow. We loved showing them such sites as the Colosseum and the Roman remains at Ostia Antica.

We have also loved visiting the Roman ampitheatre, baths, and barracks in Caerleon, just half an hour from home. 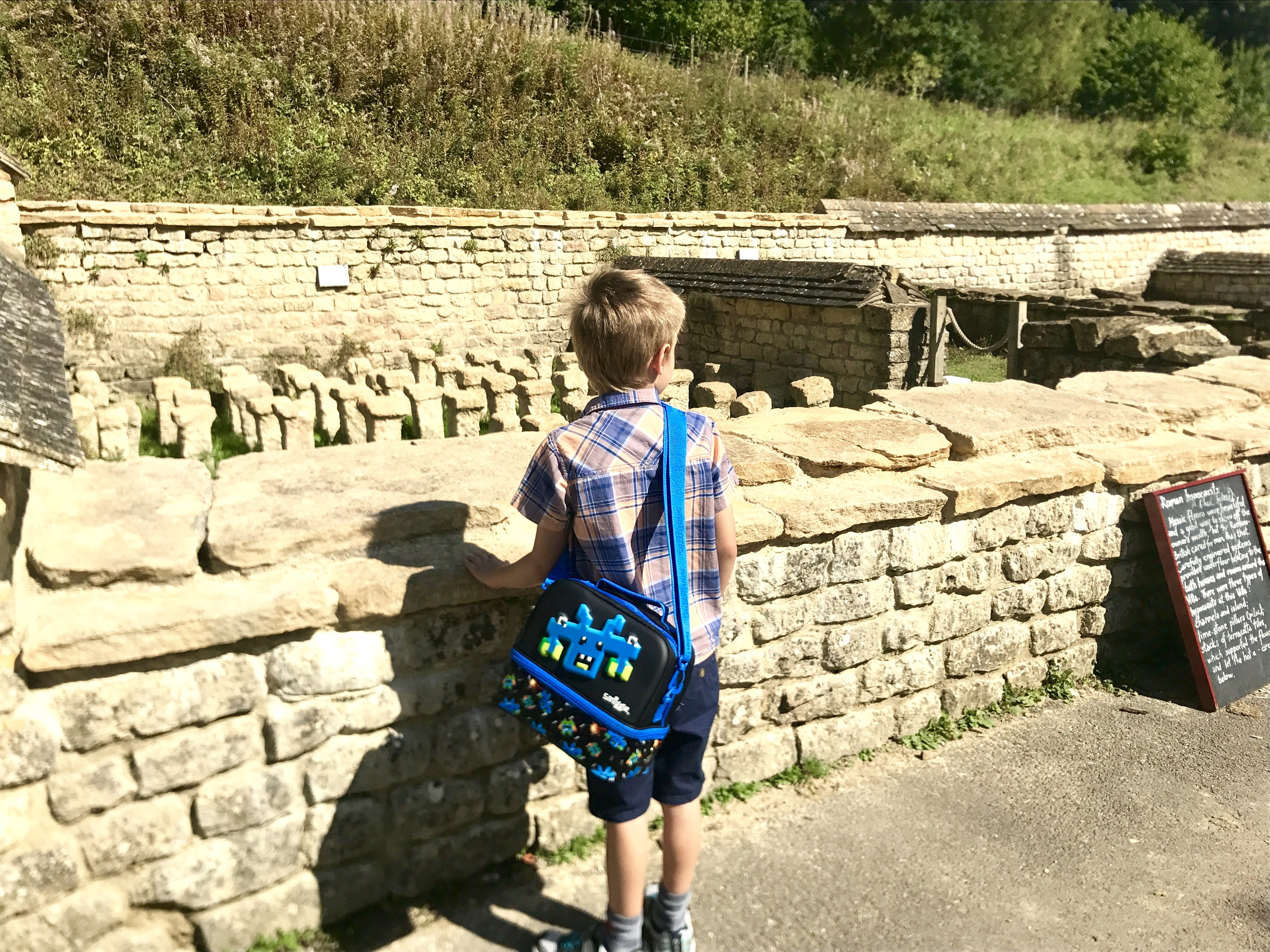 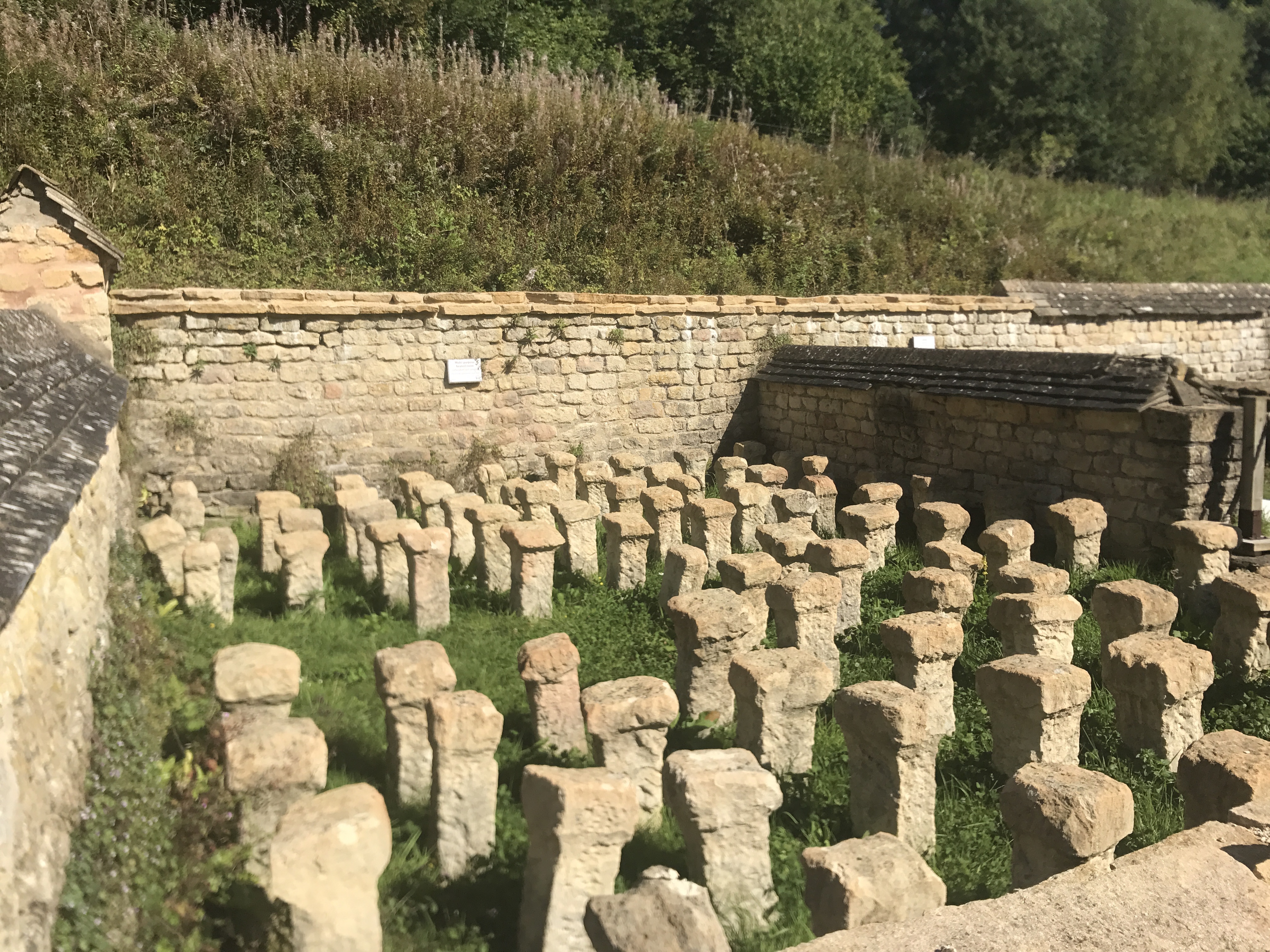 Chedworth is quite different to most other NT properties we have visited. Instead of a huge stately house with more rooms than I have fingers, and acres of immaculately kept gardens, Chedworth features the remains of an old Roman villa and bath-house, giving a fascinating glimpse into the lives of the Roman elite.

Dating back as far as the 2nd century, the villa was extended and improved during the 3rd and 4th centuries. During its heyday, between 360-380AD, it was a place of wealth, luxury and comfort with intricate mosaic floors, marble features and extensive bath house rooms. Yet when the Roman Empire pulled out of Britain in 410AD it was abandoned and the villa fell into disrepair. It wasn’t re-discovered again until 1864 by Victorian archaeologist James Farrer, with the property coming into National Trust ownership in 1924. 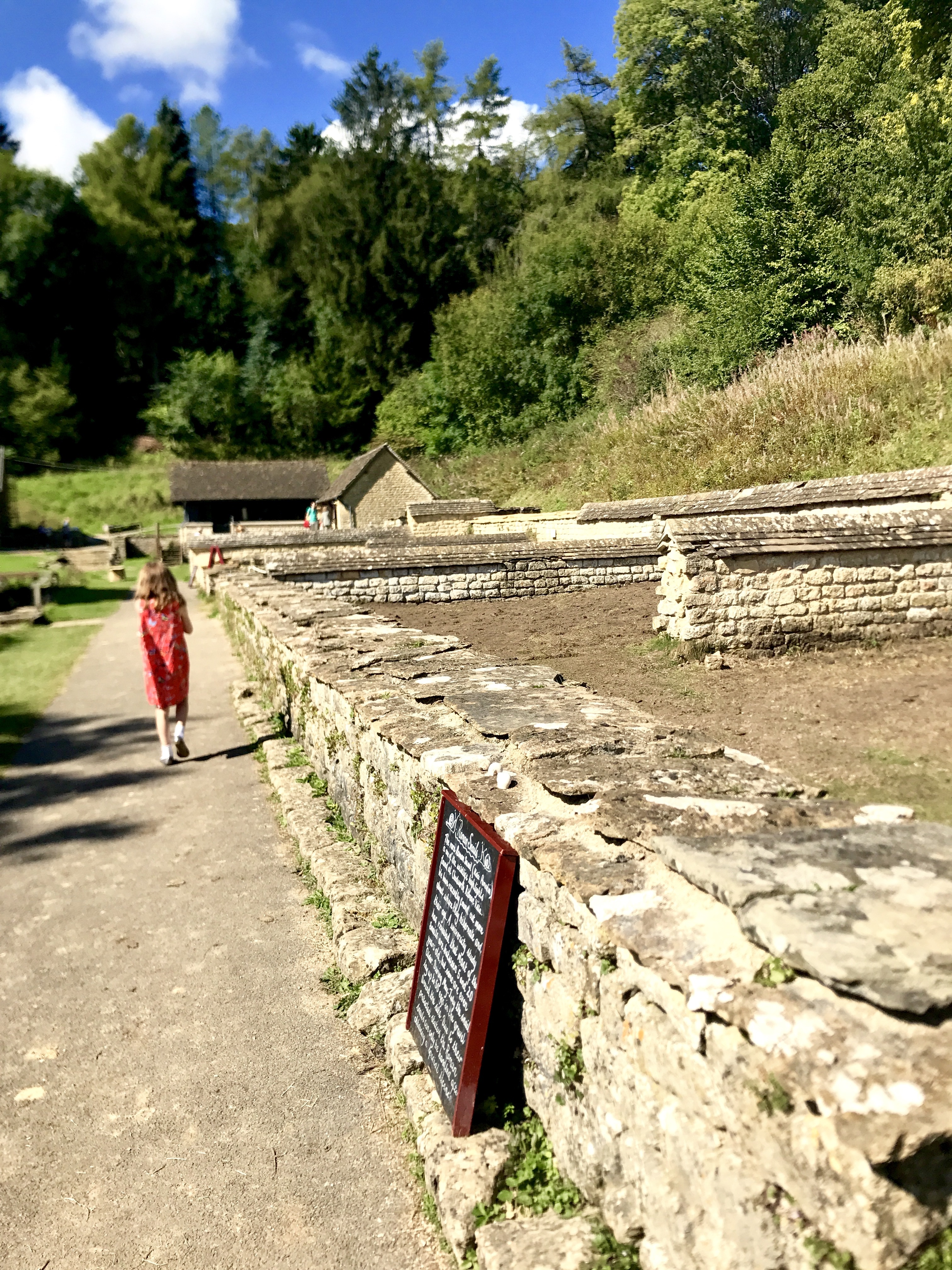 The artists’ impressions around the site give a sense of what the building was once like but it’s such a shame not to be able to see it in all its glory.

That said, the remains give a real sense of how advanced the Romans were. You can see their sophisticated under-floor heating system while the Roman mosaics are so intricate and impressively detailed. 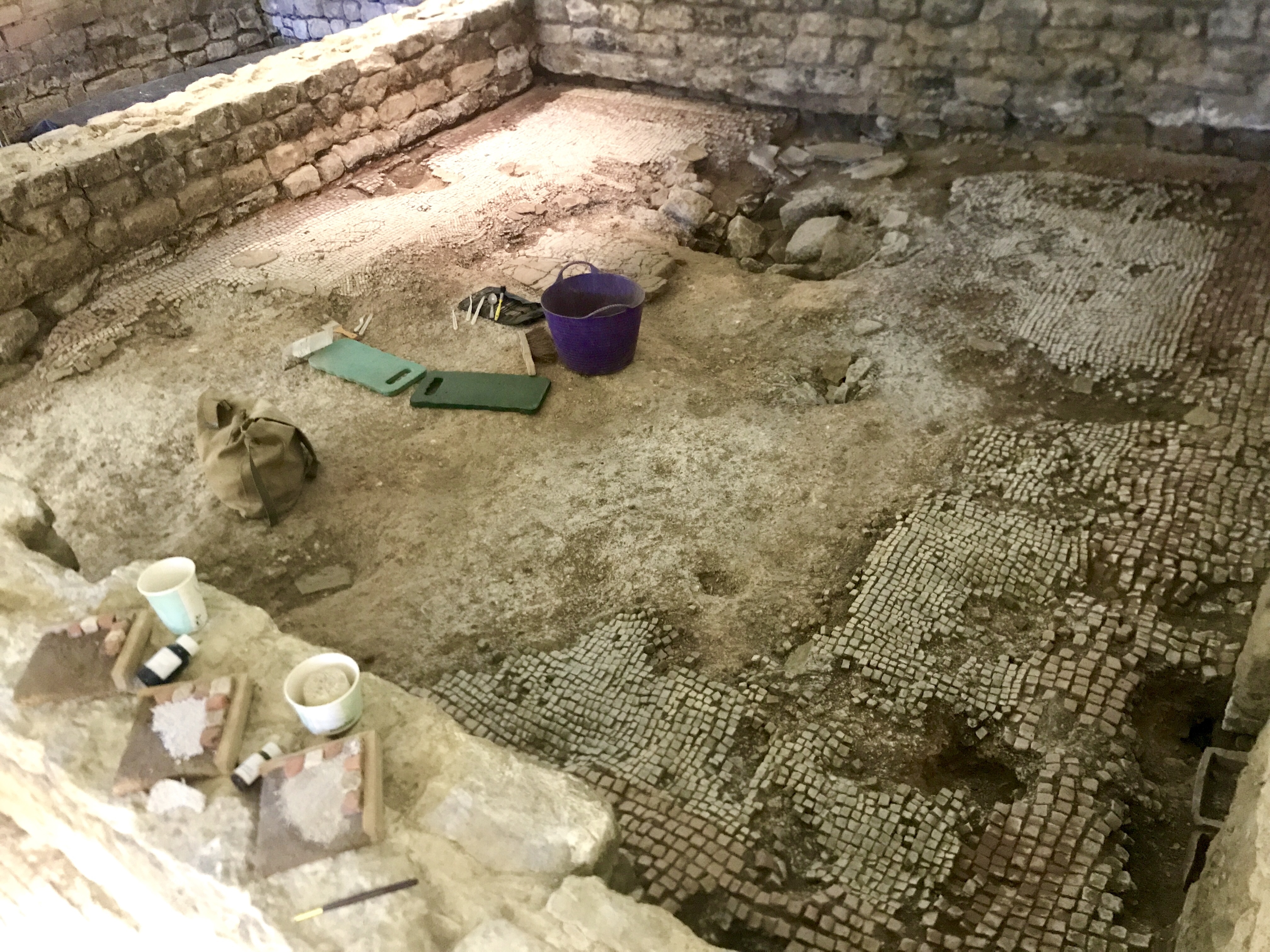 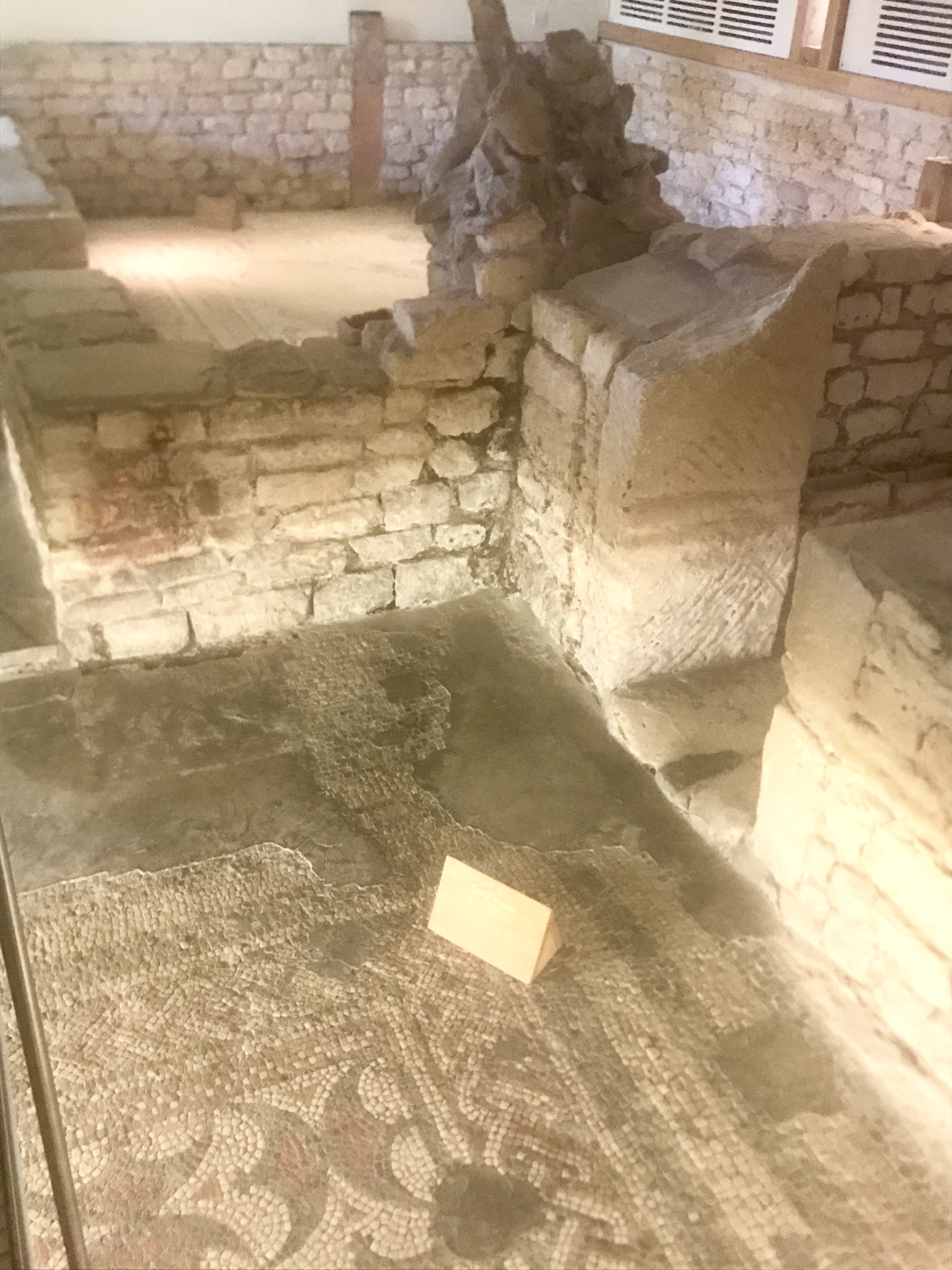 You can walk through the bath houses on suspended walkways plus there’s a great area where children can get hands-on with replica Roman artefacts and dressing up costumes, as well as make their own mosaics from magnetic board sets. 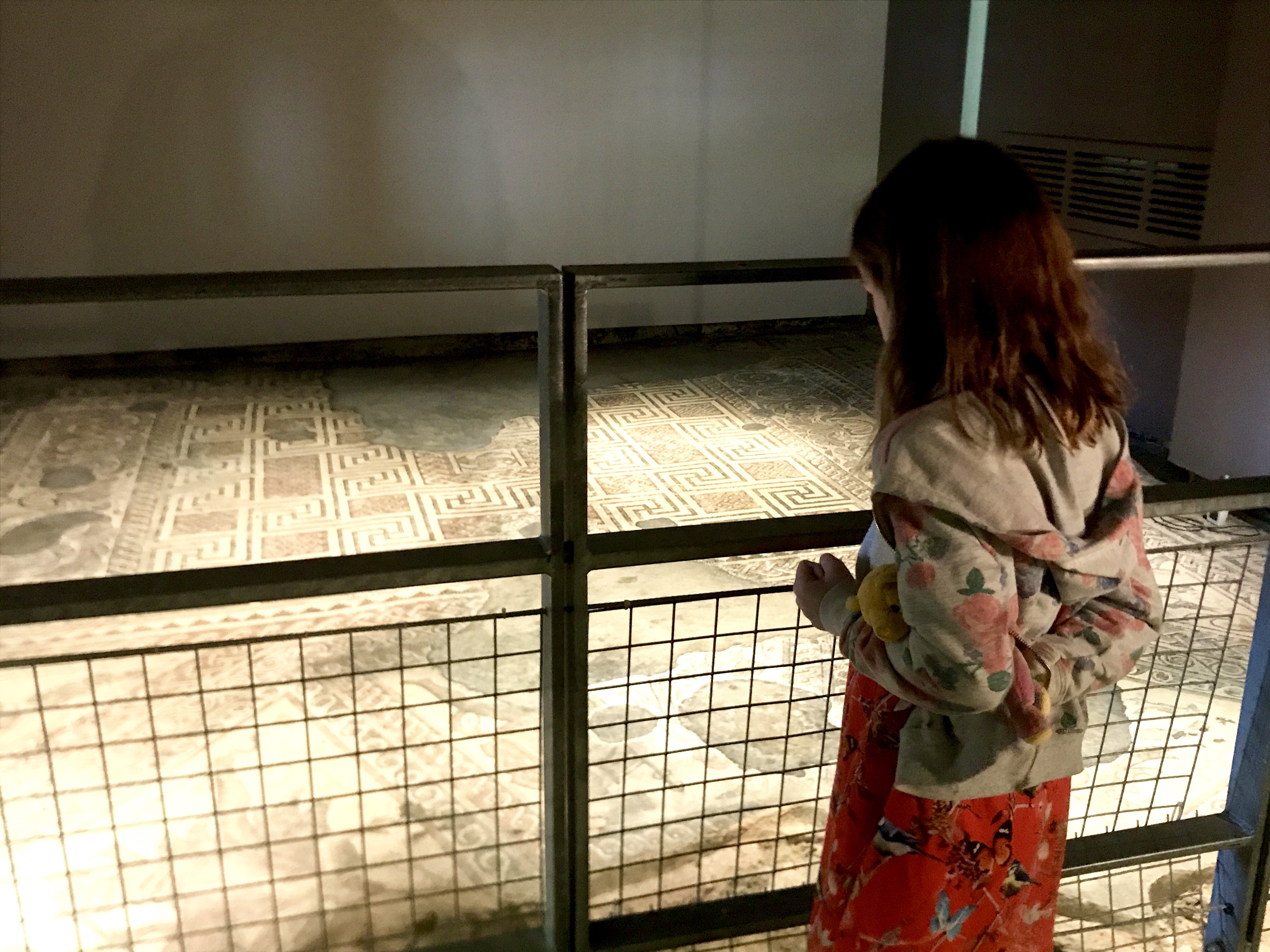 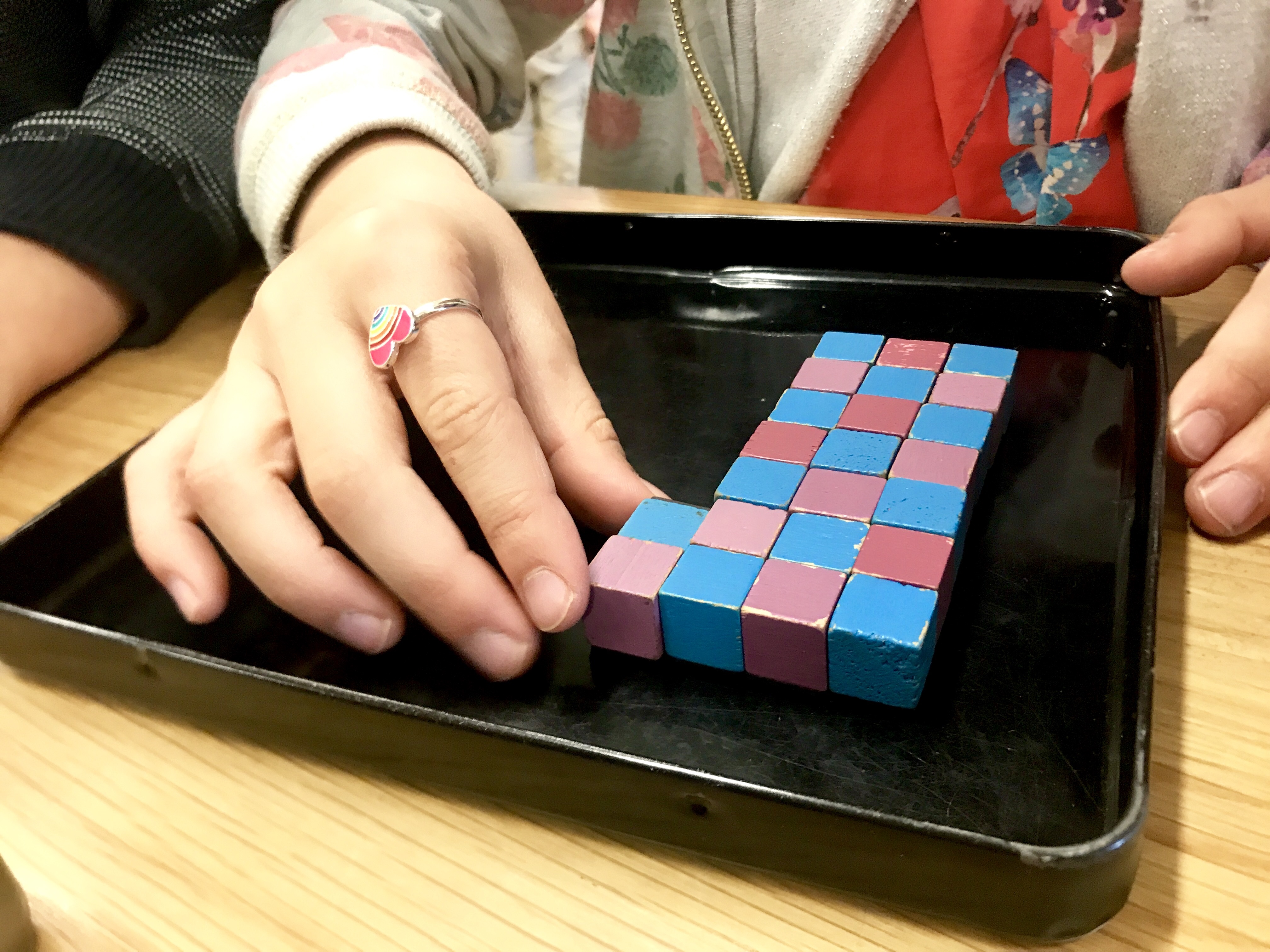 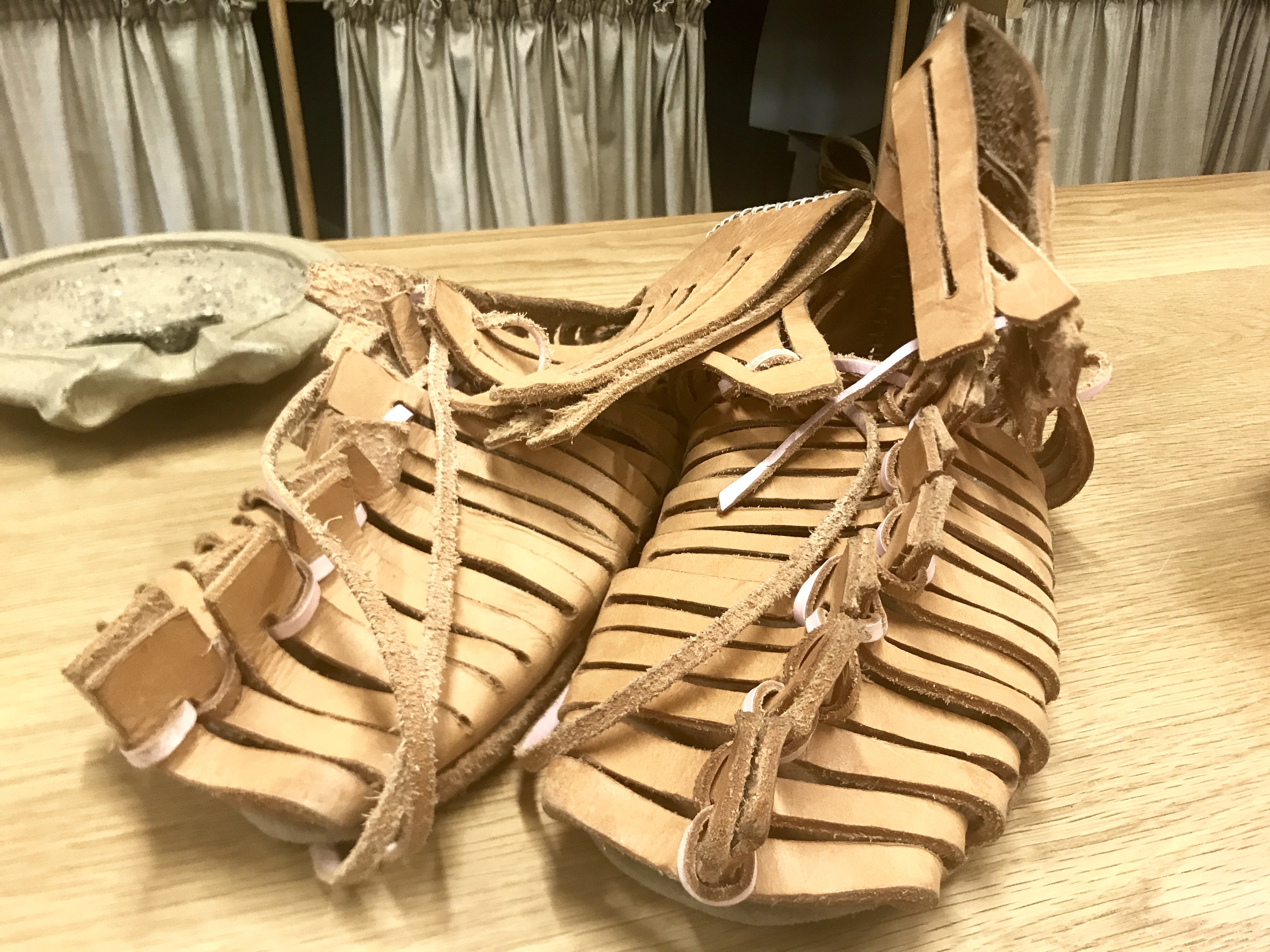 A white and black Victorian building houses a museum of artefacts discovered at Chedworth. For two weeks each August excavations take place on the site and archaeologists are still uncovering new artefacts each year adding to the collection of Roman jewellery coins and more. 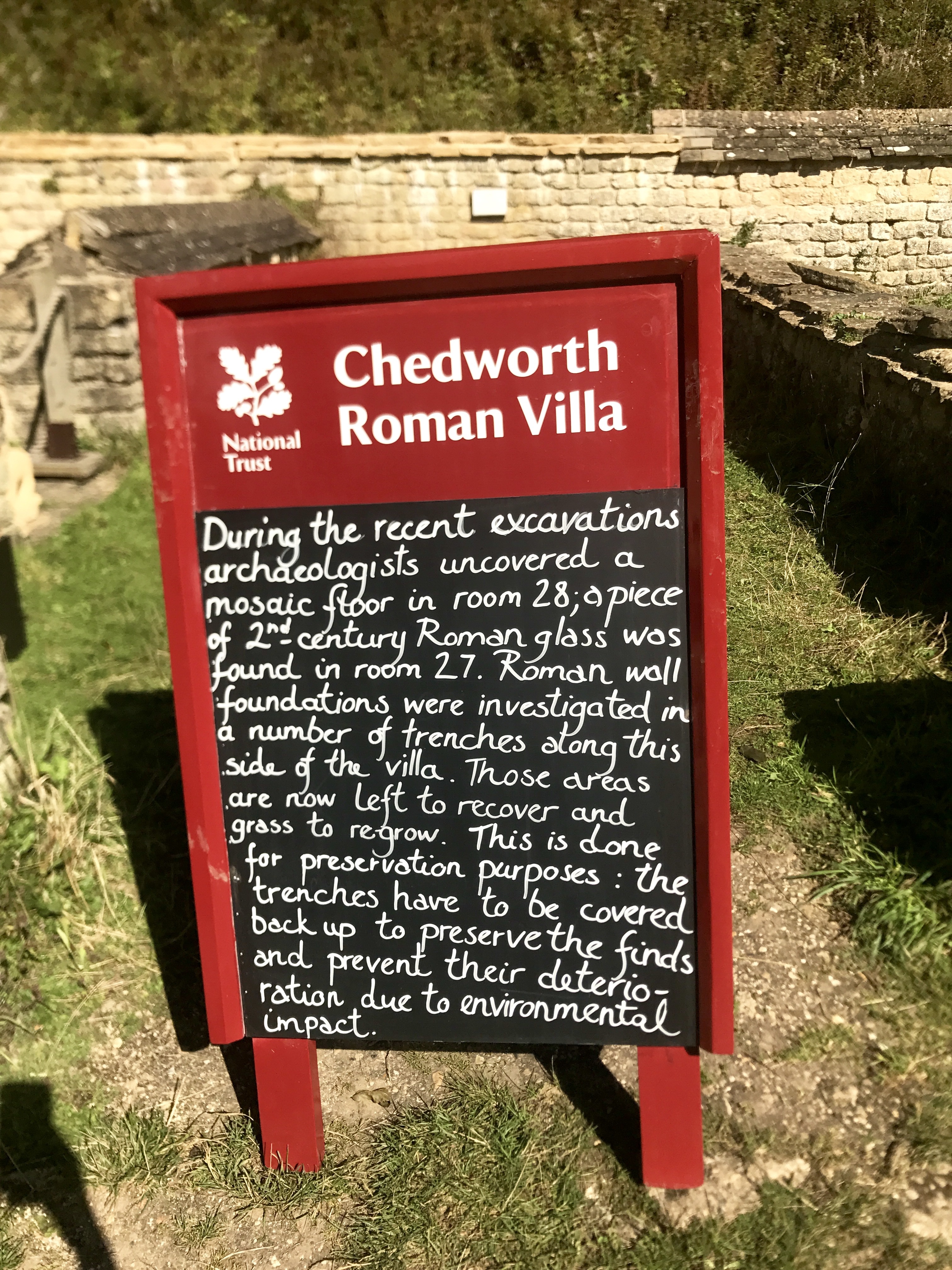 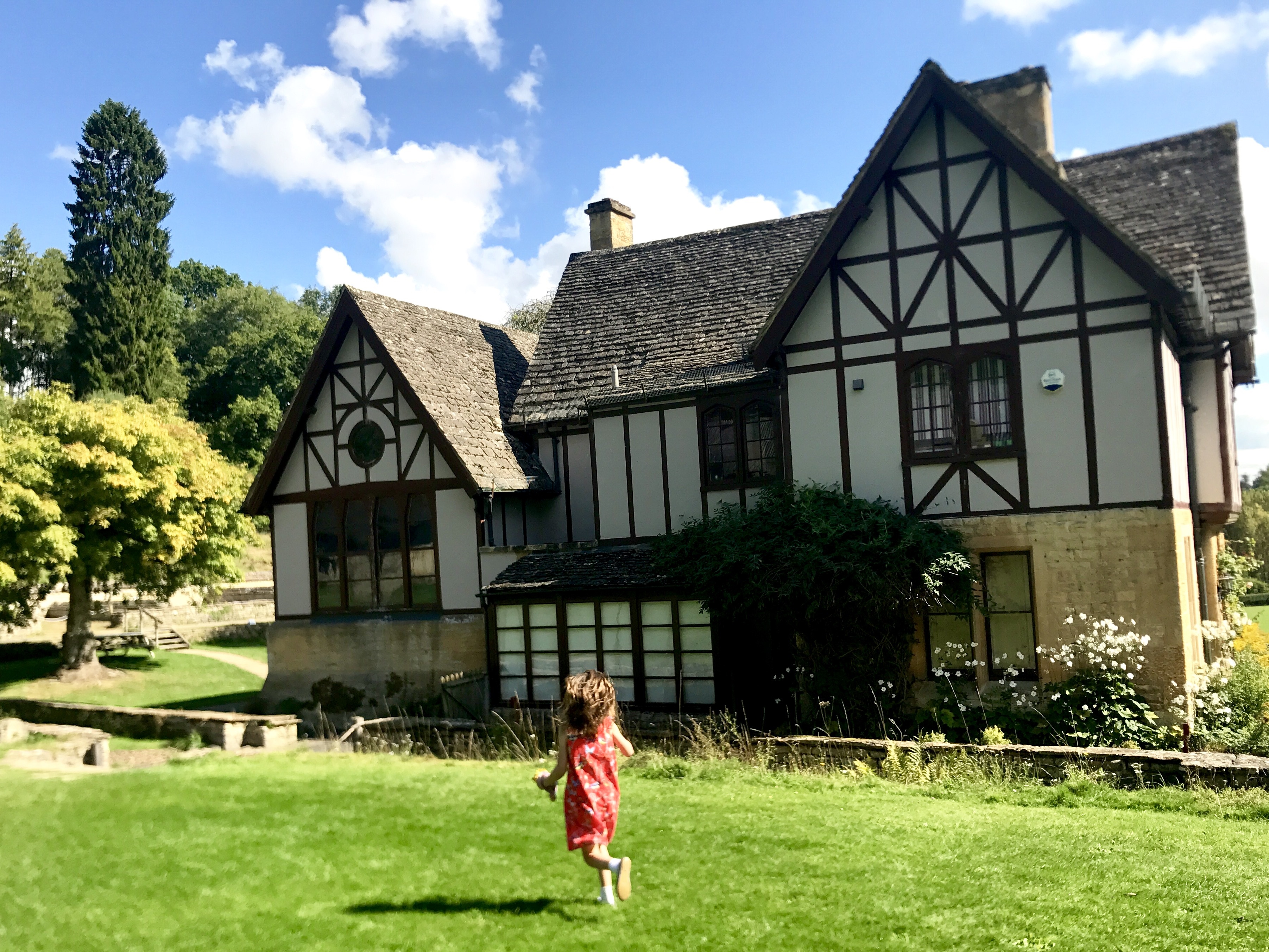 There’s also a woodland trail for children (not suitable for buggies as it’s on a hill and with uneven surfaces) with small wooden treasure chests to find, each housing an image of different animals that can be found on the estate.

My children were also given trails of things to spot around the grounds to help them understand more about life in Roman times. 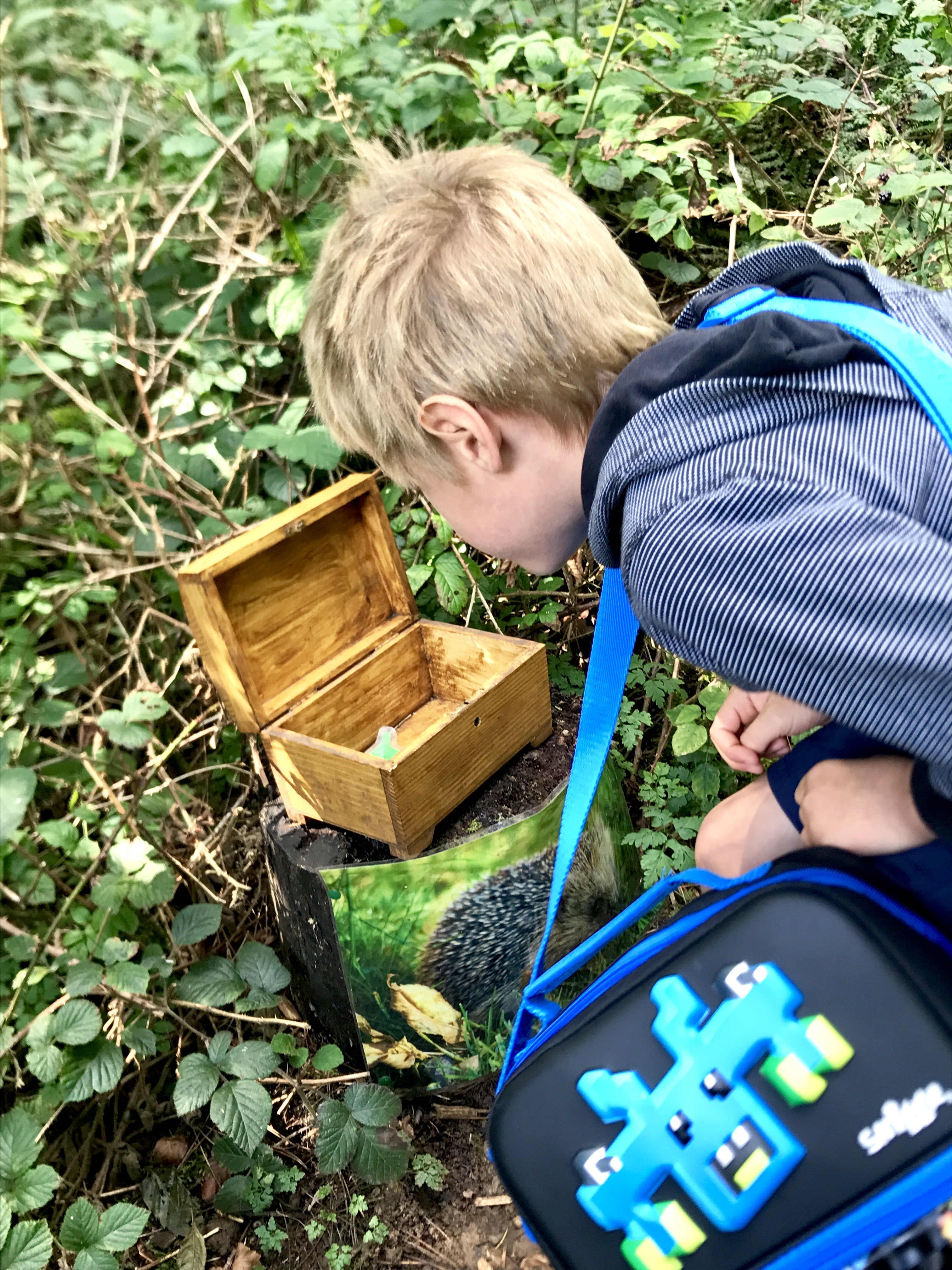 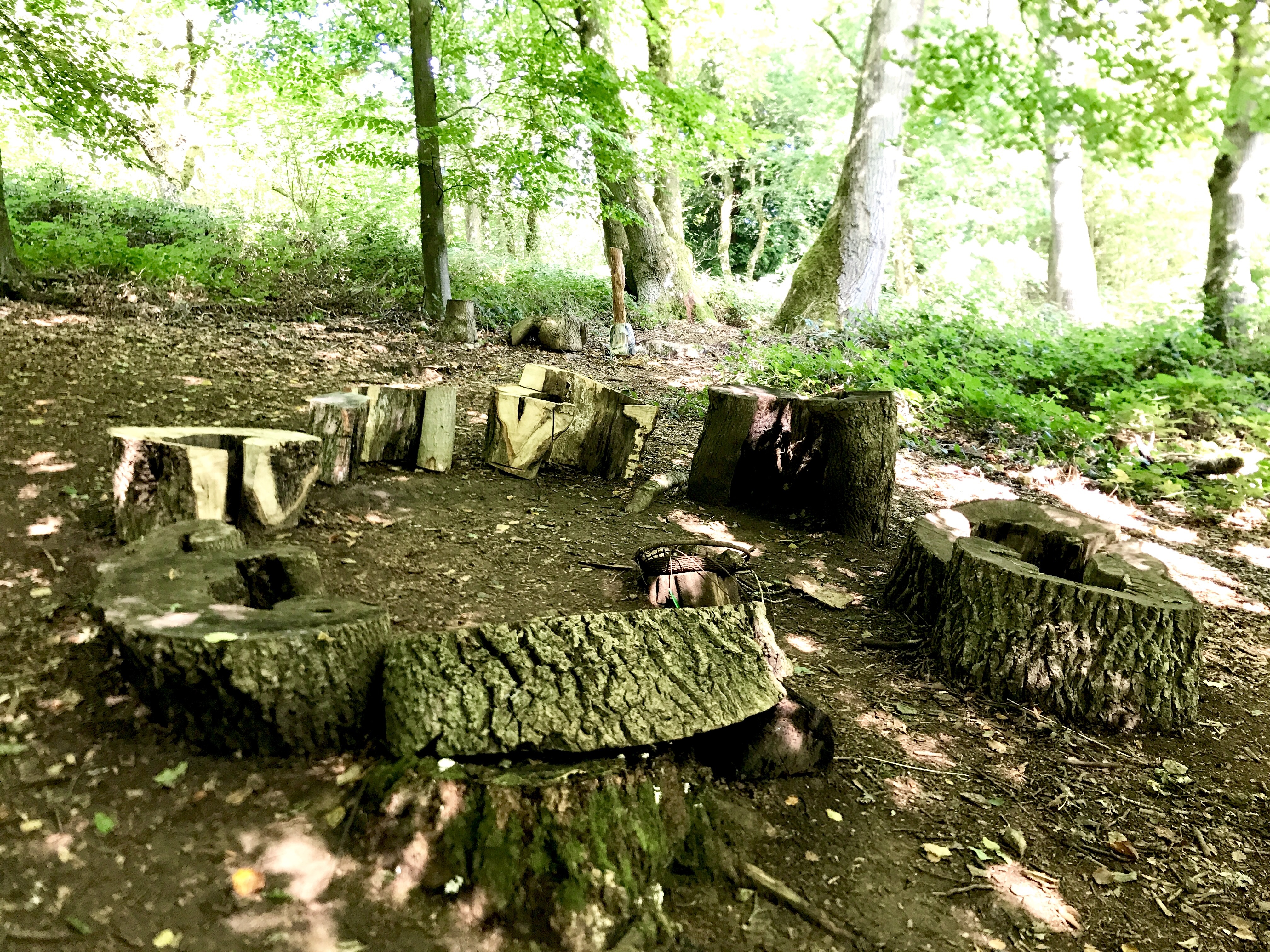 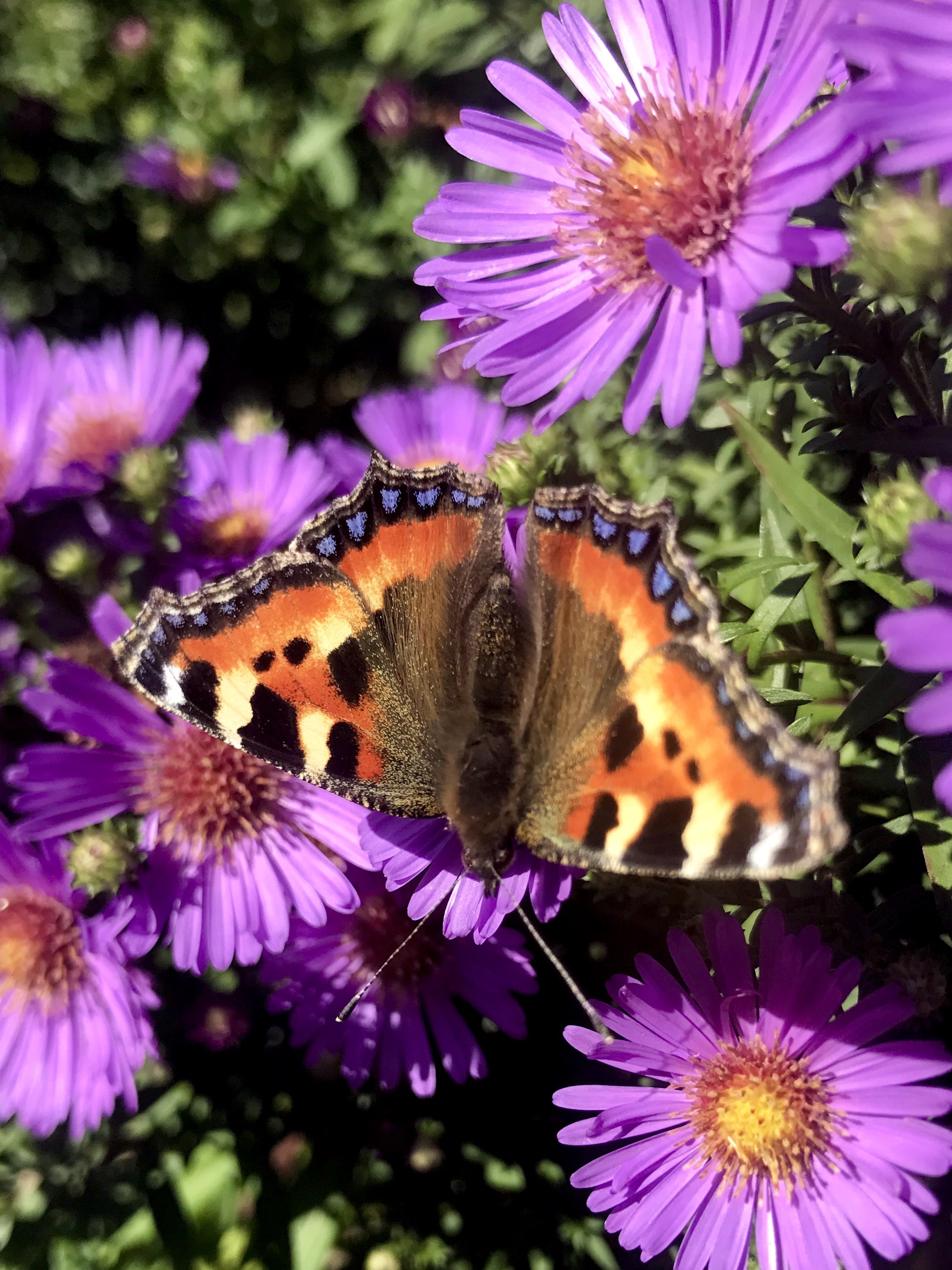 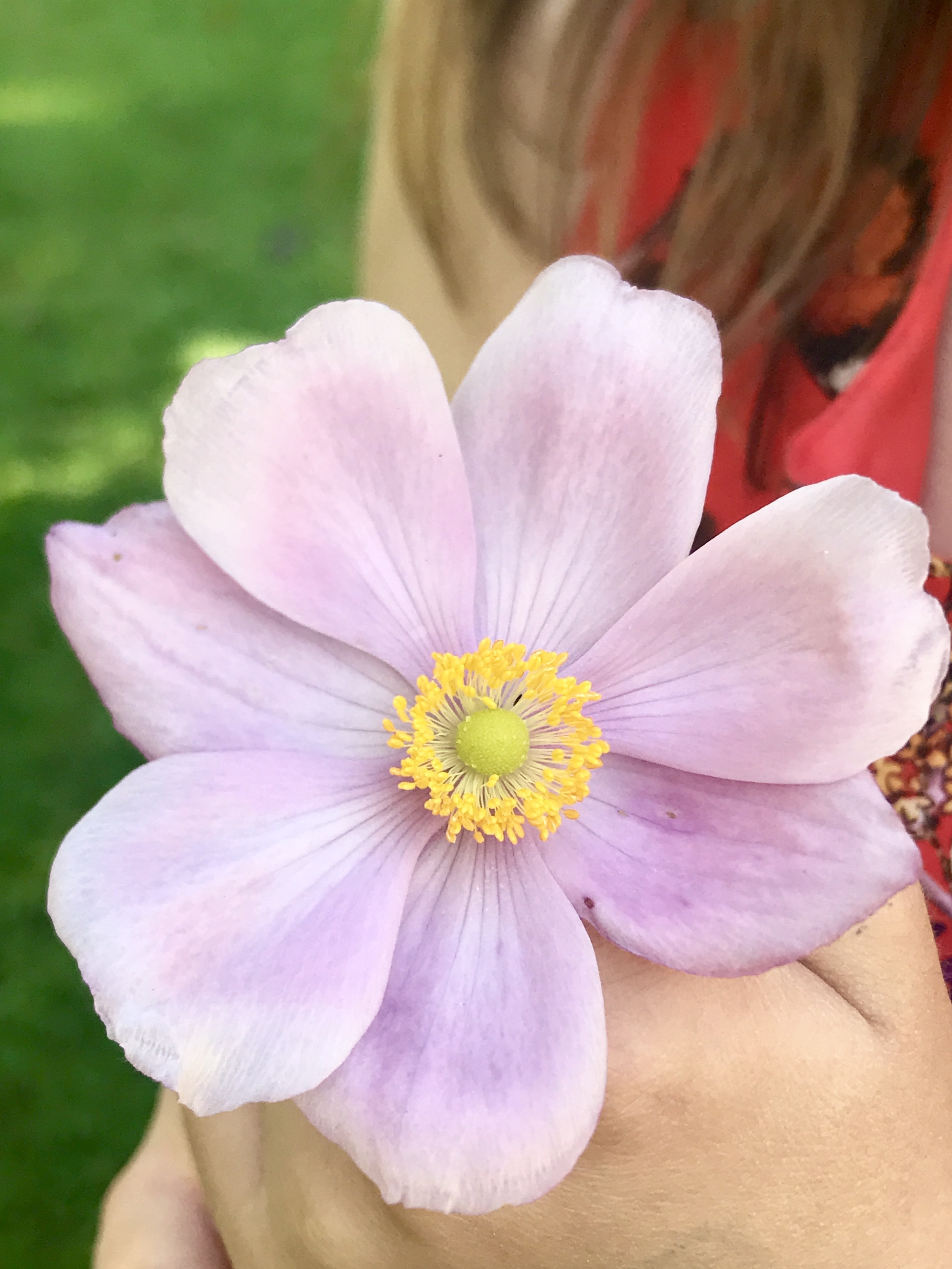 There are a few picnic benches dotted around, as well as National Trust deckchairs in front of the museum house. From here you get the most amazing views across the Cotswolds. It’s truly stunning. 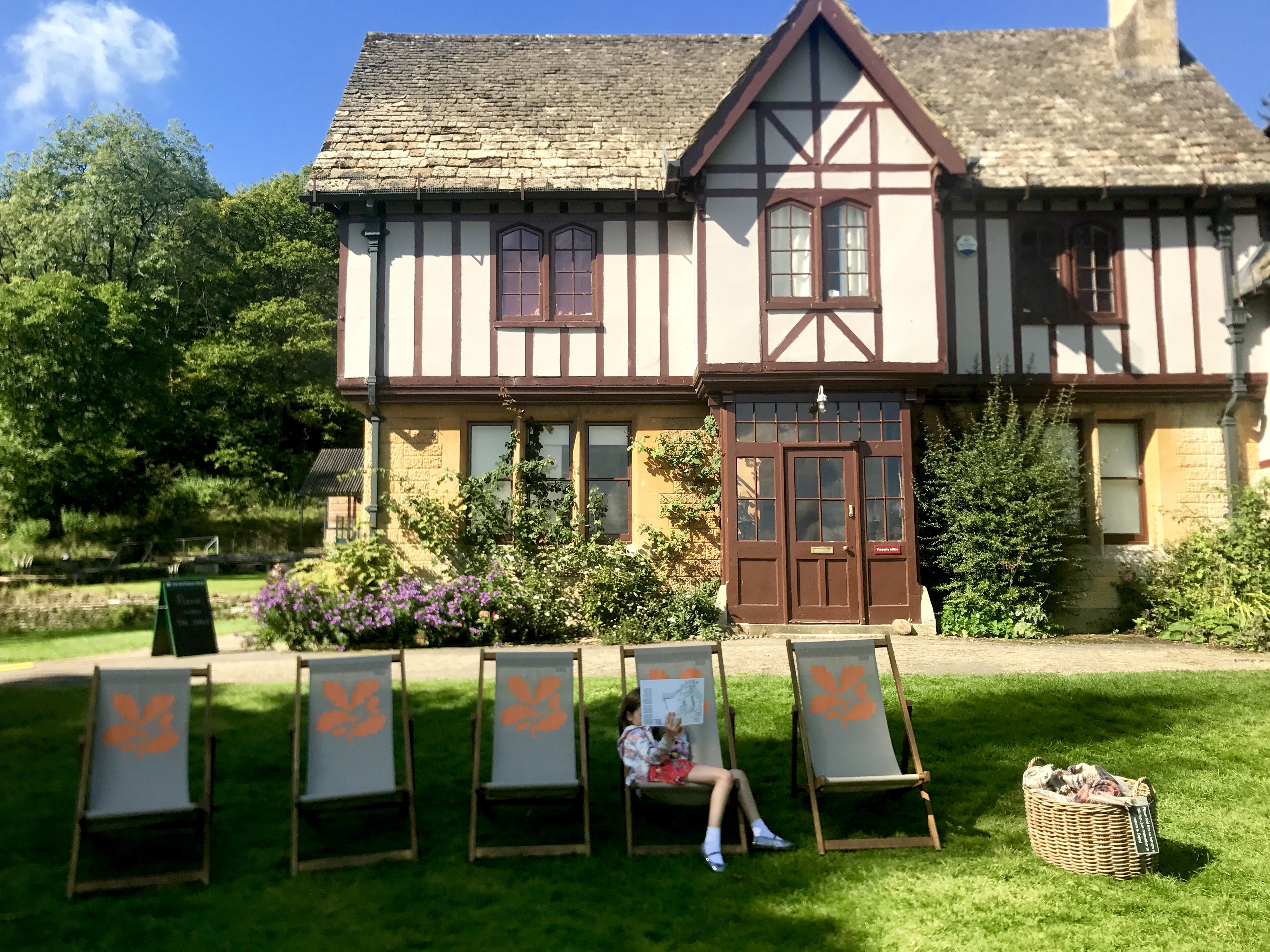 Further down from here there’s a chance to play hop scotch (apparently it was invented by the Romans who used it as a way to train the soldiers, who would do it in full gear) and climb on a collection of tree stump stepping stones. 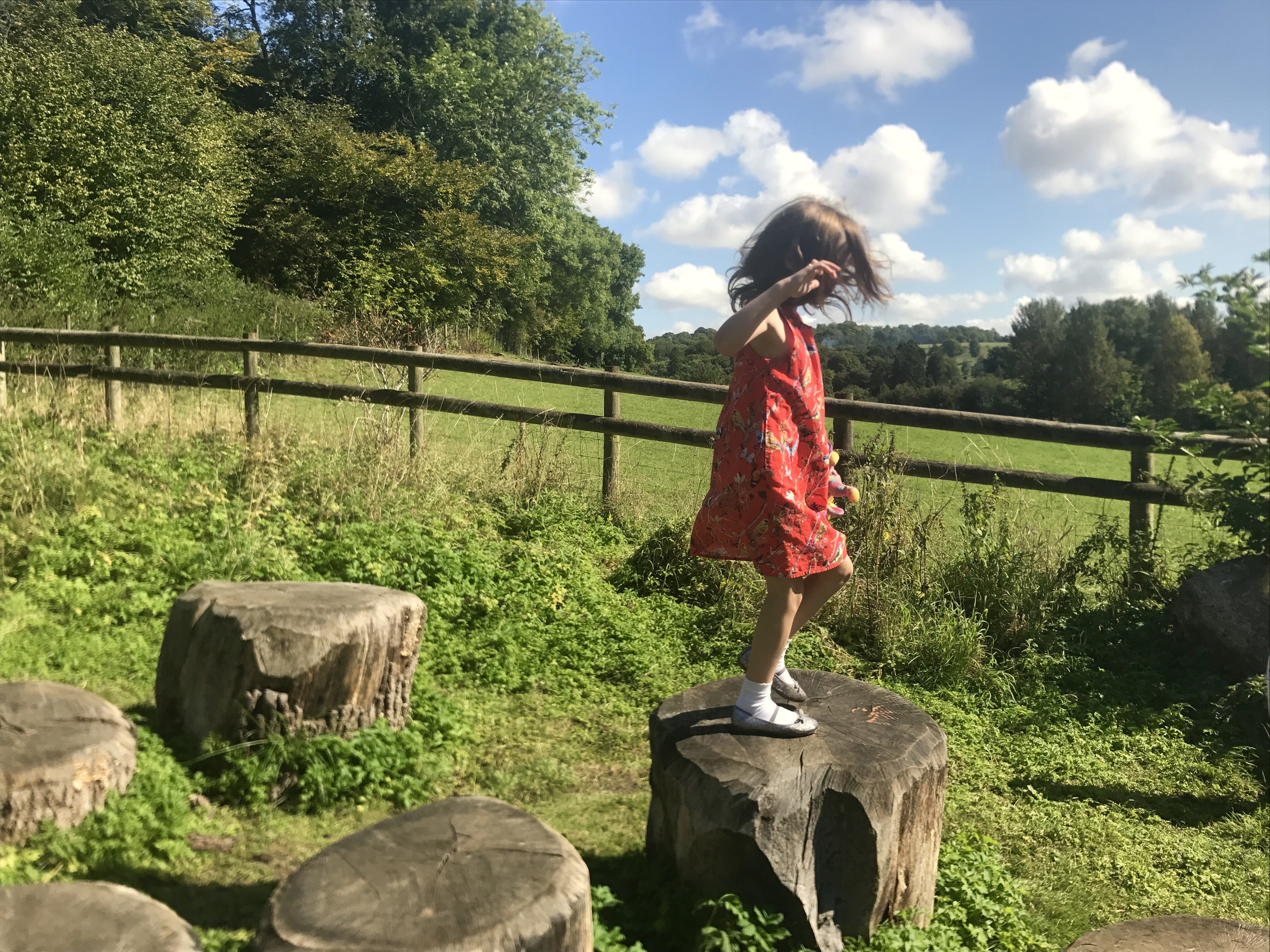 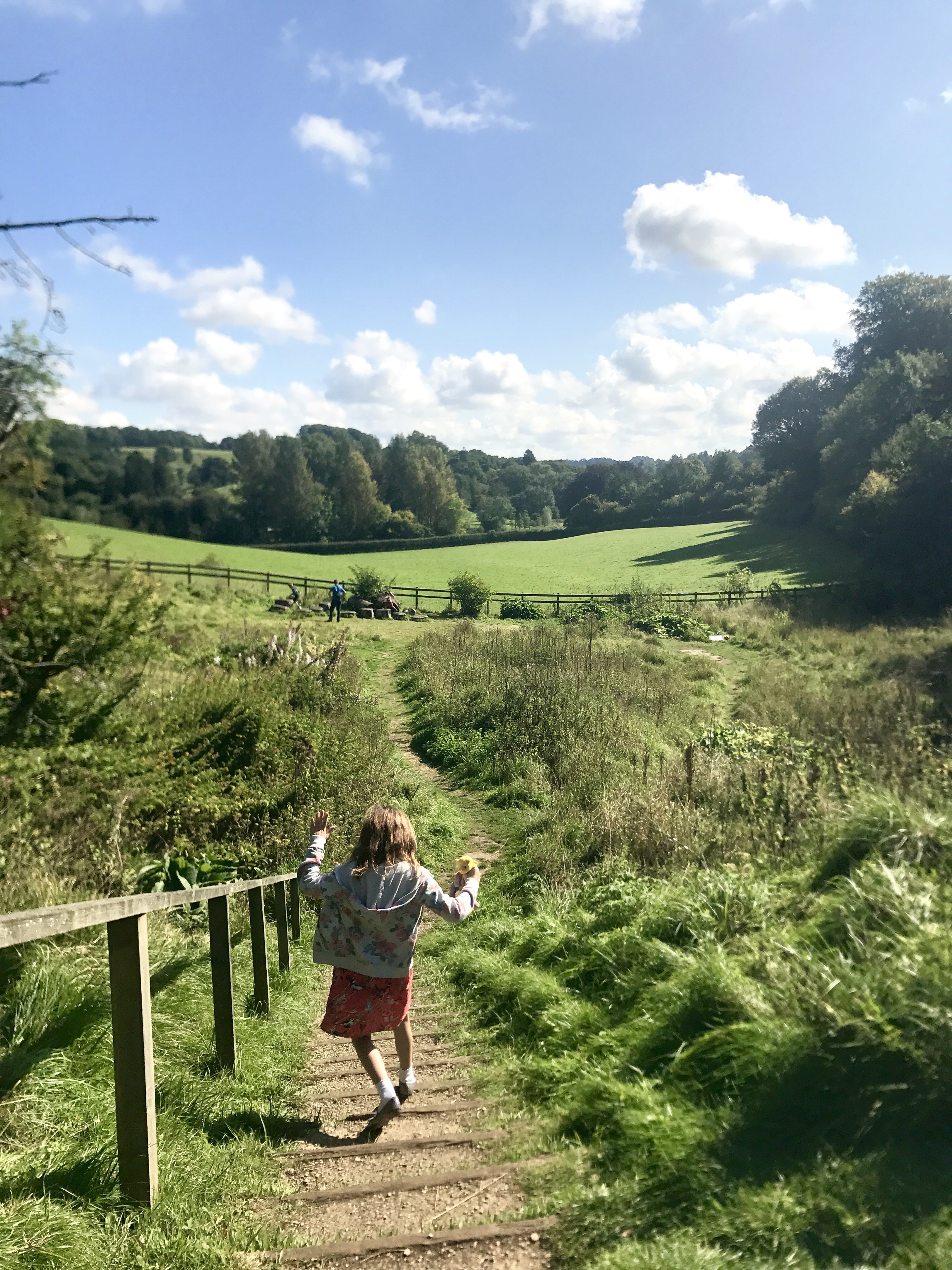 Chedworth is also home to the rare Roman snail, a protected species. We didn’t see any of the giant snails ourselves although there are several shells dotted around the exhibits. 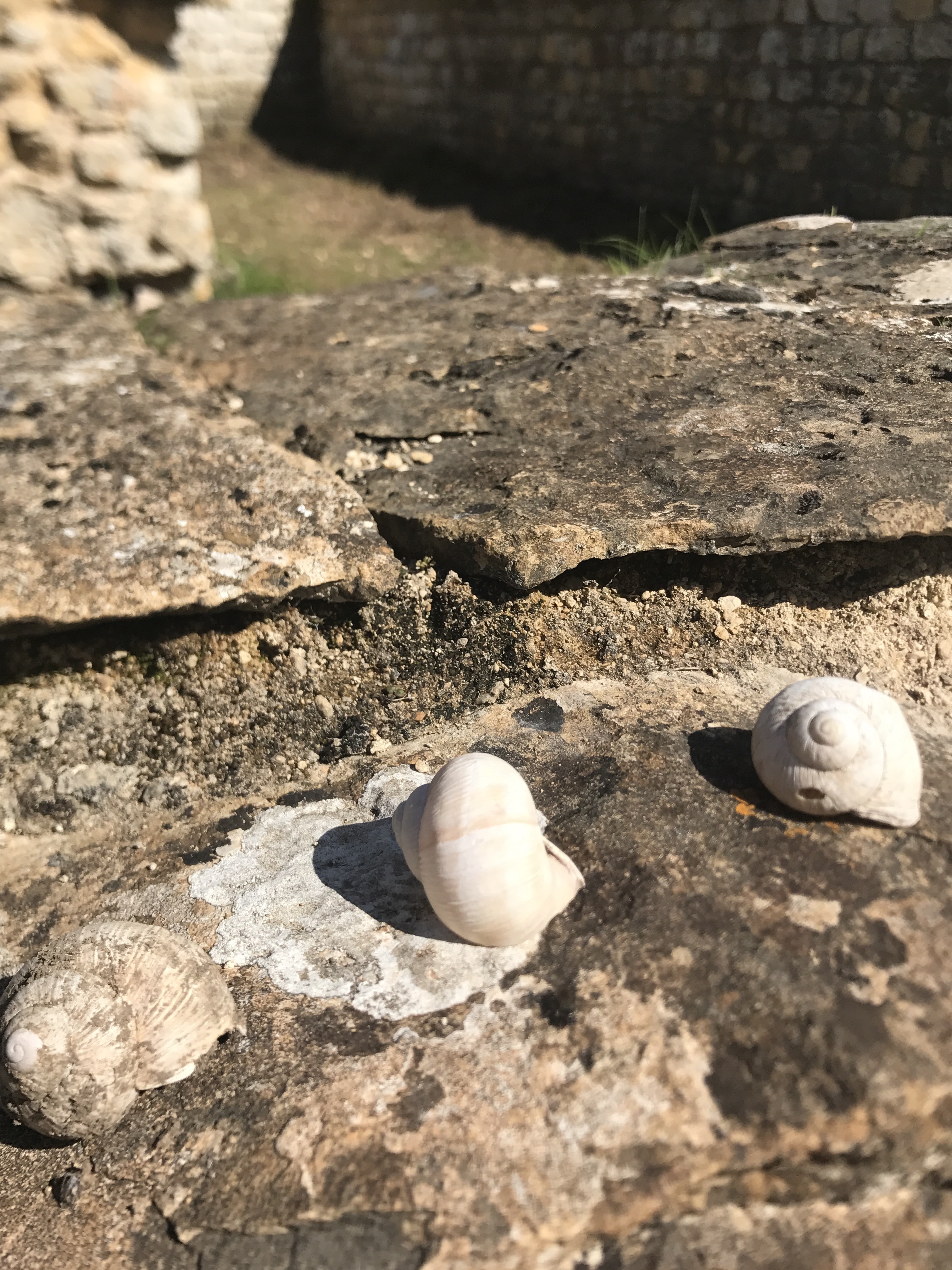 We were at Chedworth for around two hours ,which gave us just about enough time to see everything. With a picnic lunch and such incredible views you could certainly extend it for the best part of a day. 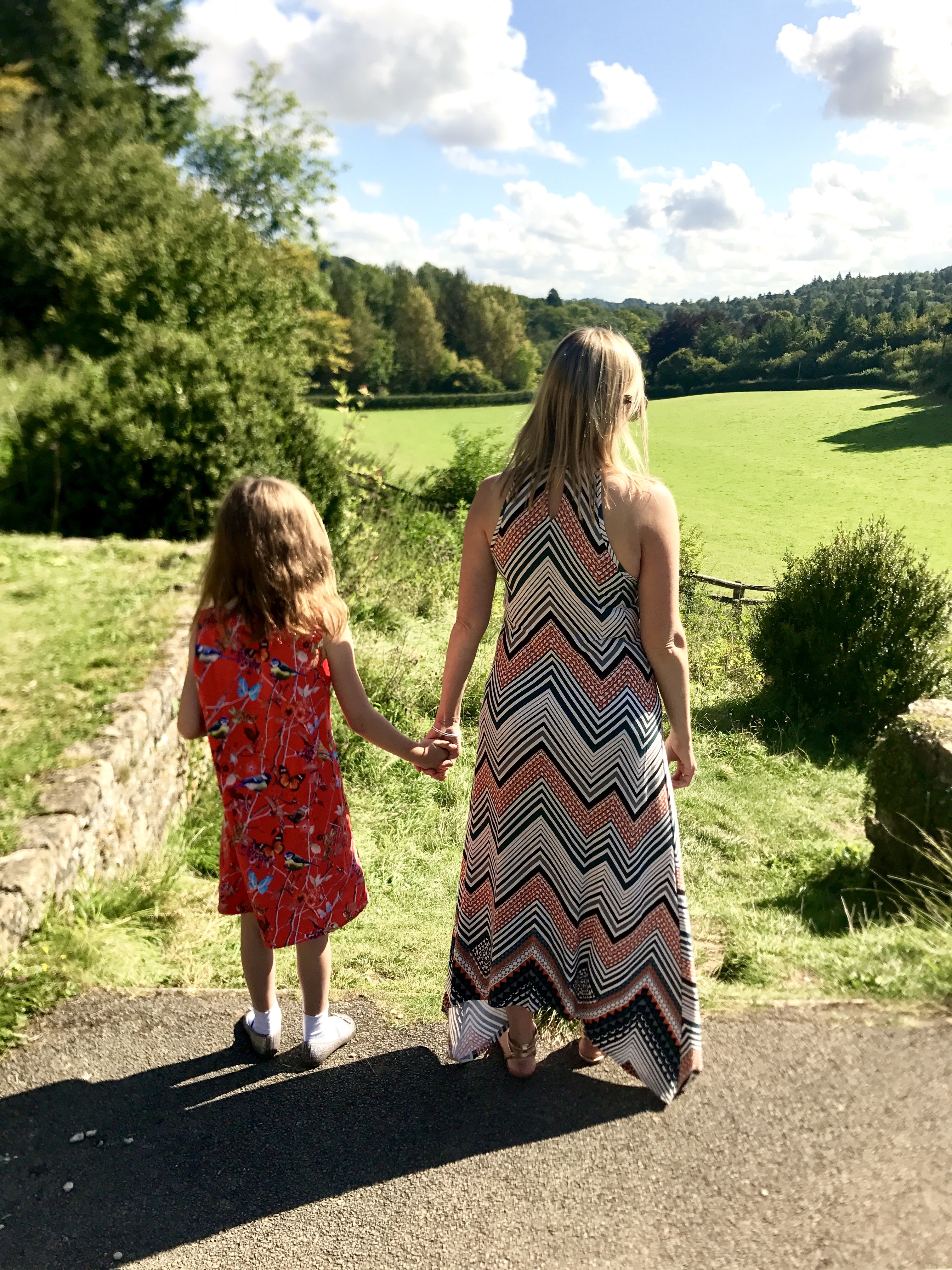 Have you been to Chedworth Roman Villa? Let me know what you thought in the comments below on the Cardiff Mummy Says Facebook page or by tweeting me on @cardiffmummy

We pay for our National Trust membership ourselves and Chedworth Roman Villa did not know we would be writing this post.