Like a lot of families, we were disappointed to hear the sculptures were being removed from Fforest Fawr woodland in Tongwynlais. The magical, mythical wooden carvings had sadly decayed beyond salvation over the years so sadly they had to go.

But the good news is that a new collection of sculptures were installed just a few days ago – and they’re beautiful.They have been created by award-winning chainsaw artist Simon O’Rourke and were put into place at the end of last week. Commissioned by Natural Resources Wales, all 10 were carved from the same giant redwood tree which was cut down in Oswestry because it was dying and posed a risk to the public. 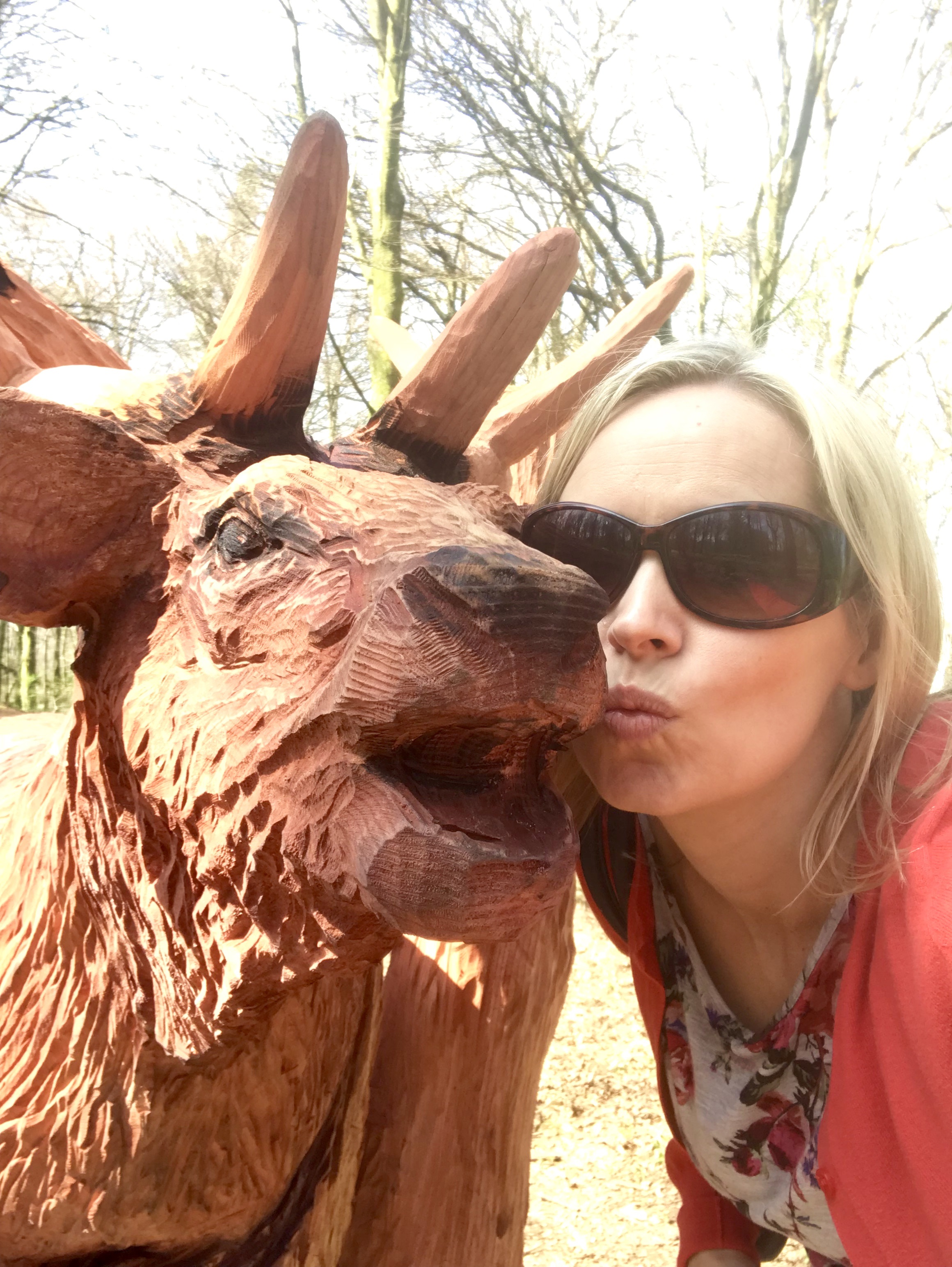 I headed there on Friday morning with Littlest, plus some friends, their children and dogs, and we had great fun following the trail.

Situated not far from Castell Coch – the fairy tale-style castle whose red roof protrudes through the trees at Tongwynlais – Fforest Fawr is about a mile or so down the road after the castle’s entrance if you’re coming from the A470 and not far from Mountain View Ranch if you’re coming via Caerphilly Mountain.

The 1.5 miles/2.6km trail is mostly flat and buggy-friendly. The ground was really dry when we visited although there were still plenty of big muddy puddles along the way which pleased Littlest no end… even if we did almost lose a wellie at one point! 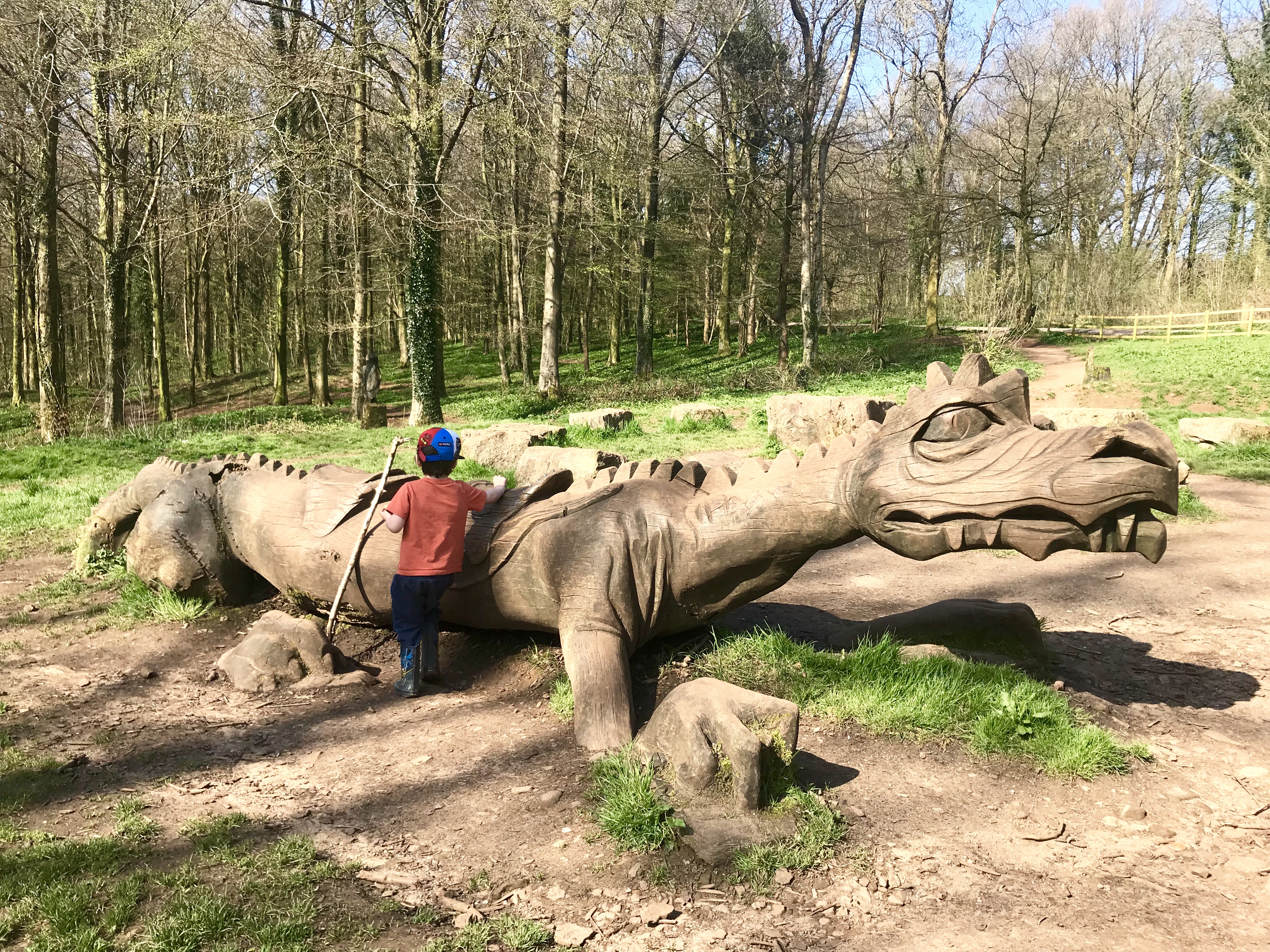 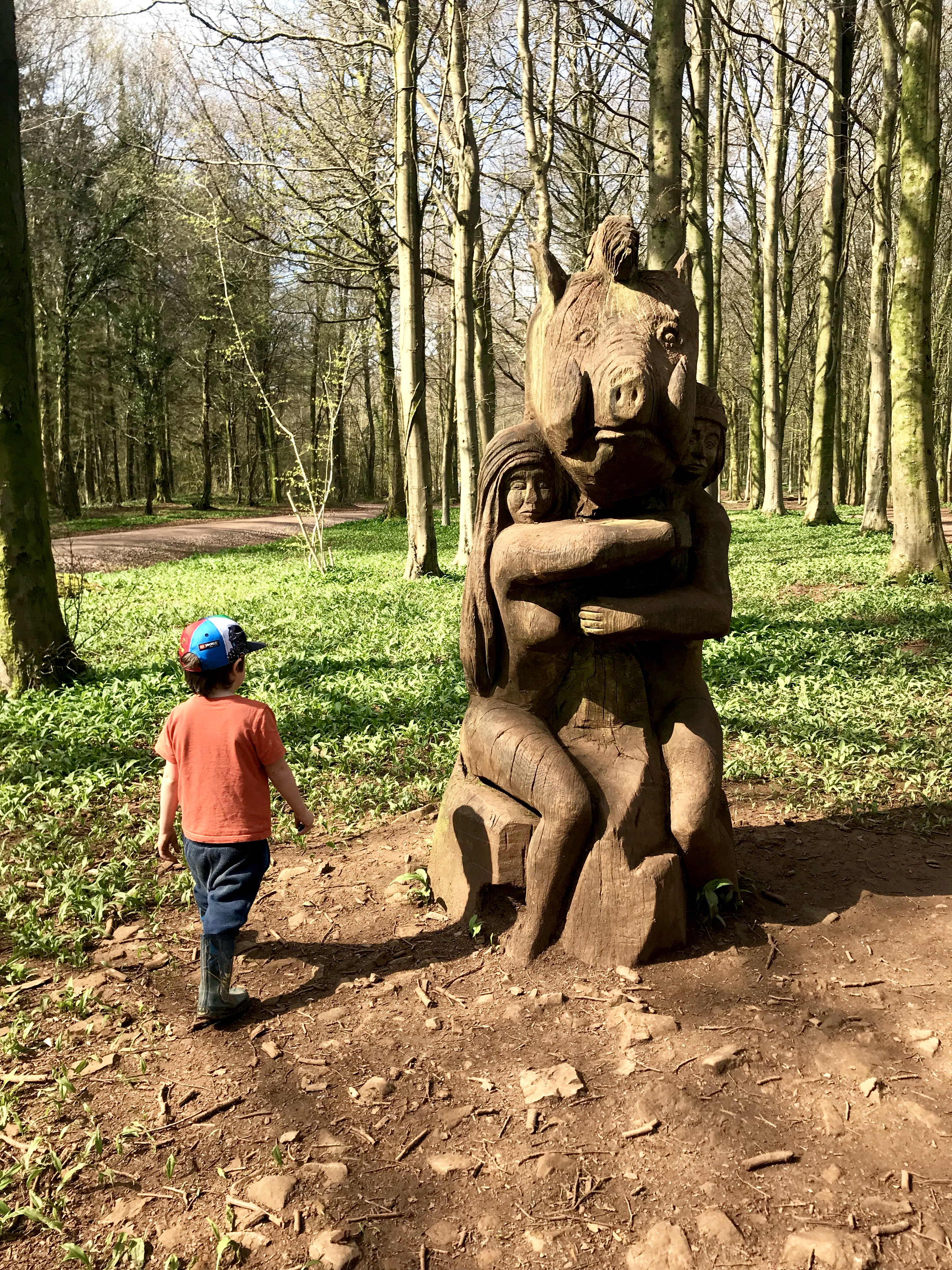 Some of the old sculptures are still dotted along the trail, including the dragon in the car park which has saddles carved into its back making it perfect for children to sit on, plus some of the curious characters at the start of the trail and the treasure chest at the end.

It wasn’t long before we came across the first of the new sculptures; they’re such a beautiful red colour and looked really striking in the sunshine. 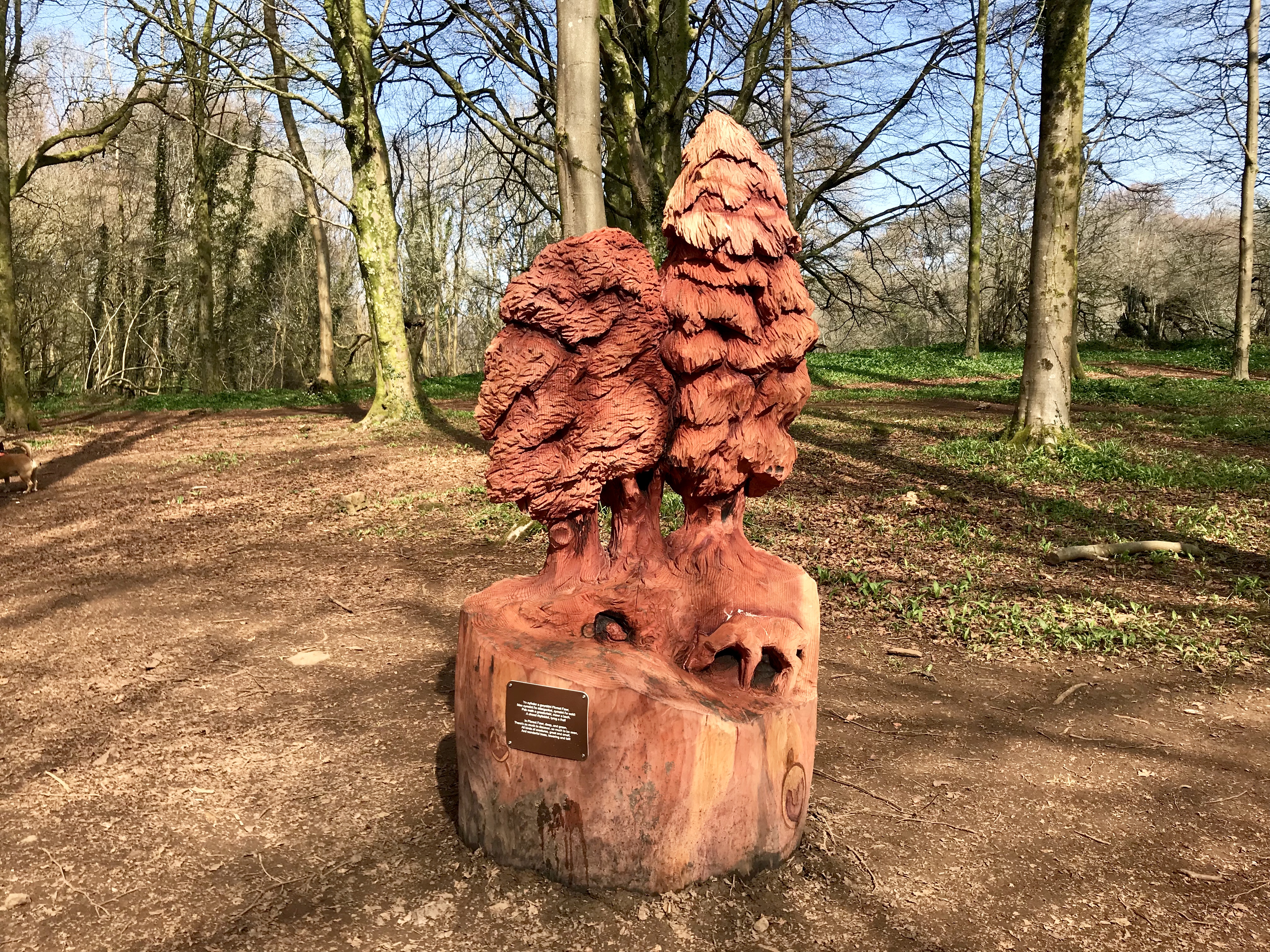 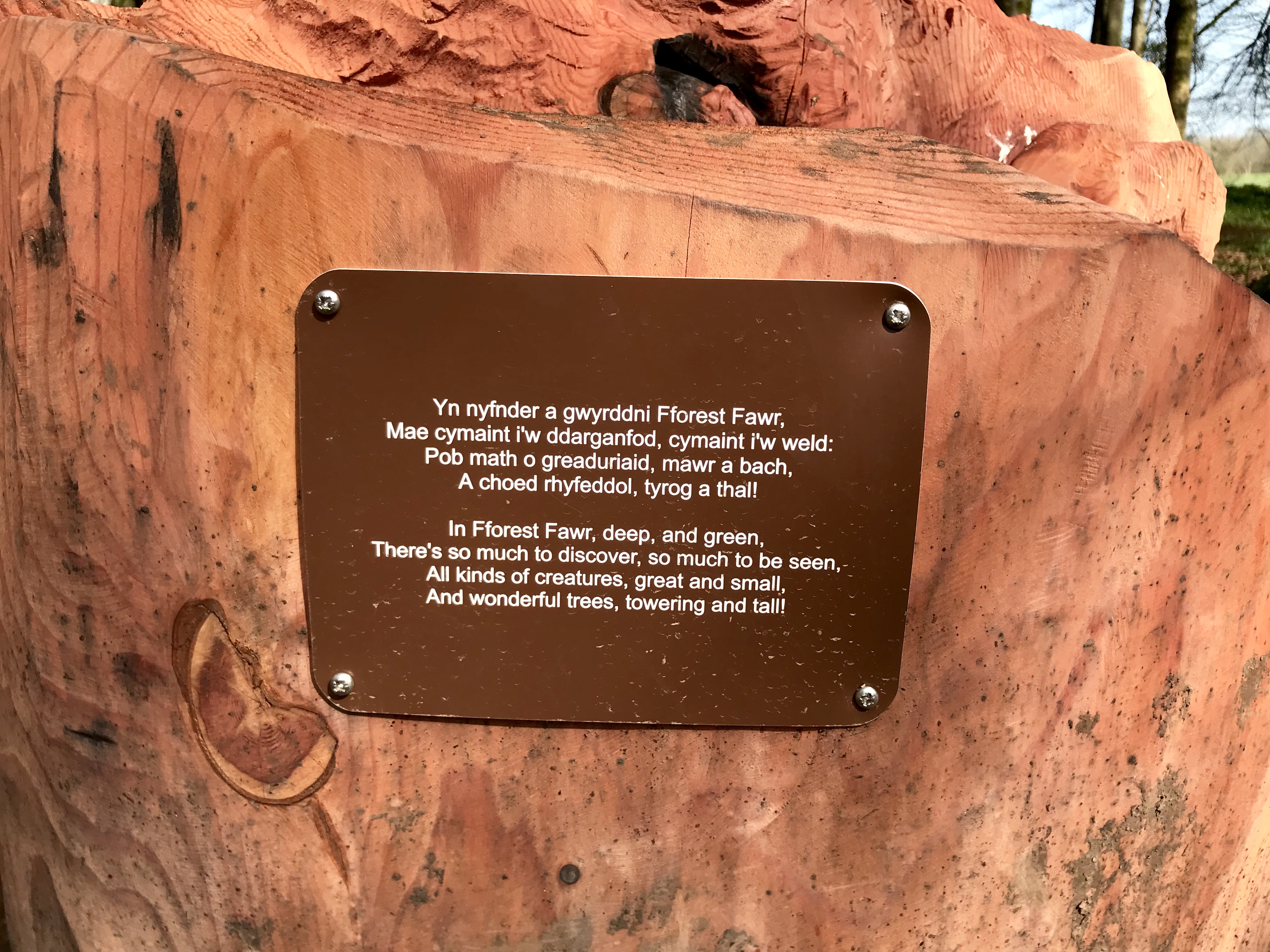 The carvings are based on woodland animals which lived in the forest in the past – including such creatures as a European lynx; a red squirrel; a red deer; a devil’s coach horse beetle; a European wolf (which really confused my friend’s dog who started emulating the howling pose); an otter and more. Each has a verse in English and in Welsh, telling the history of the forest and its wildlife. 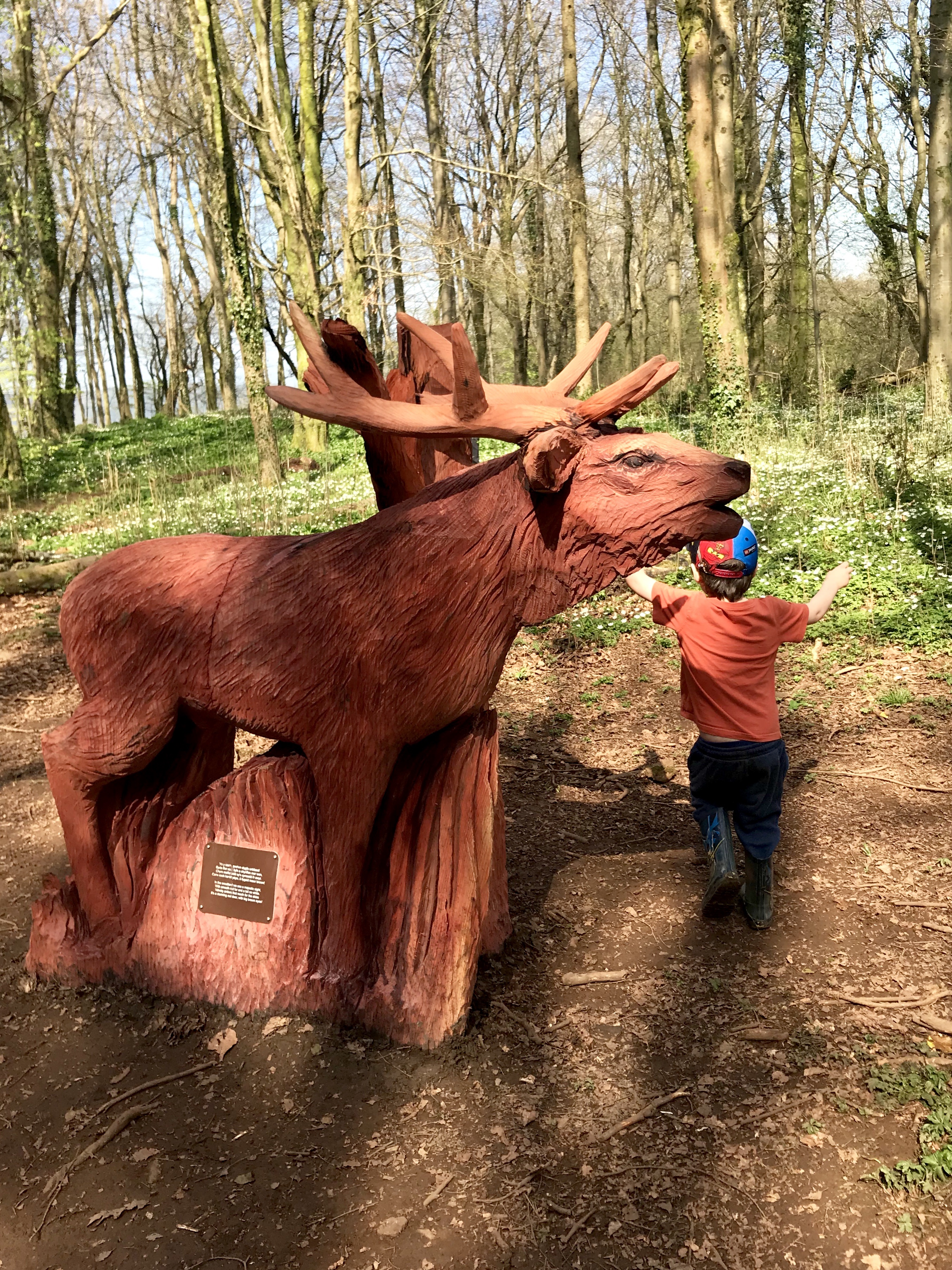 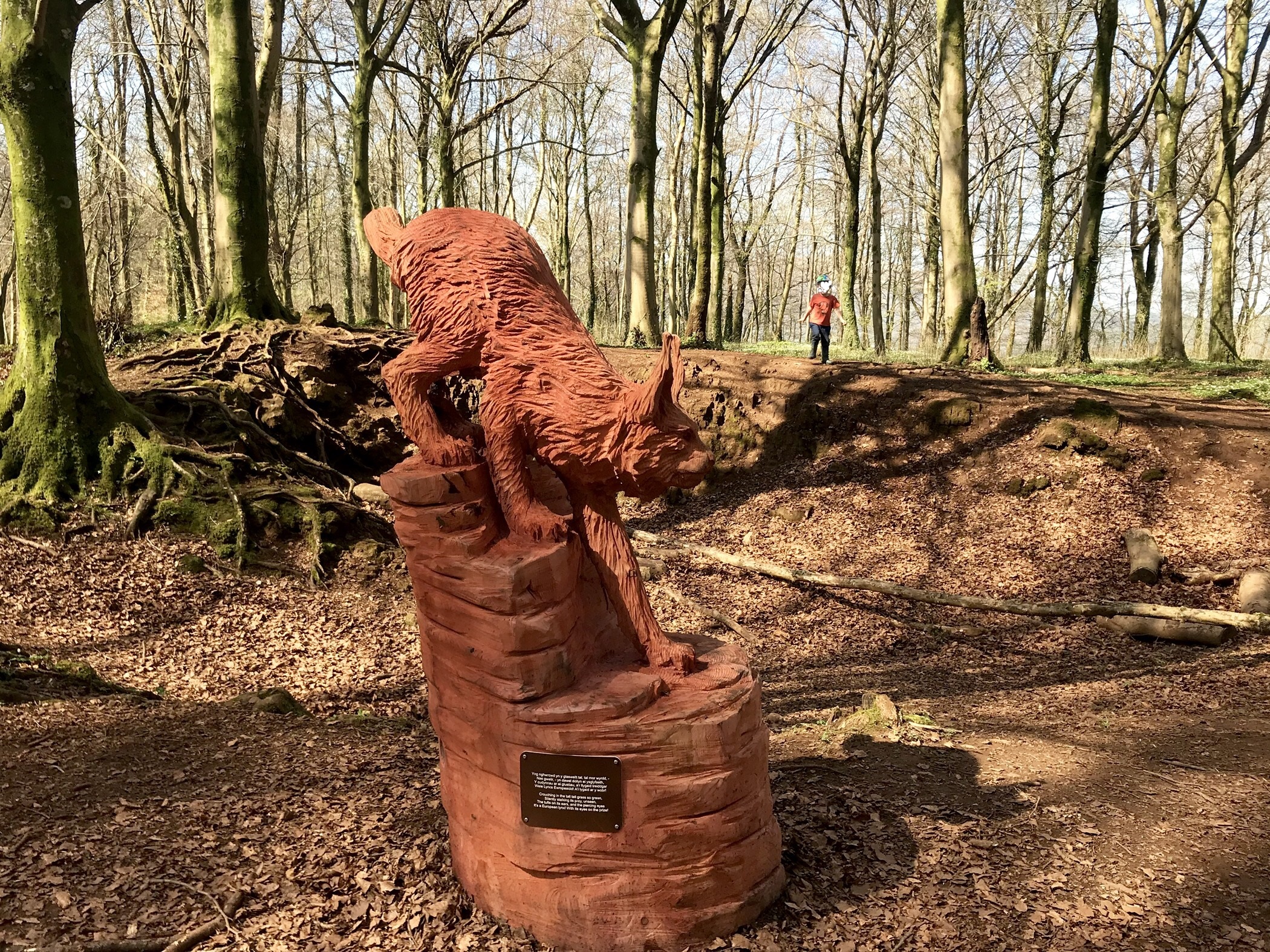 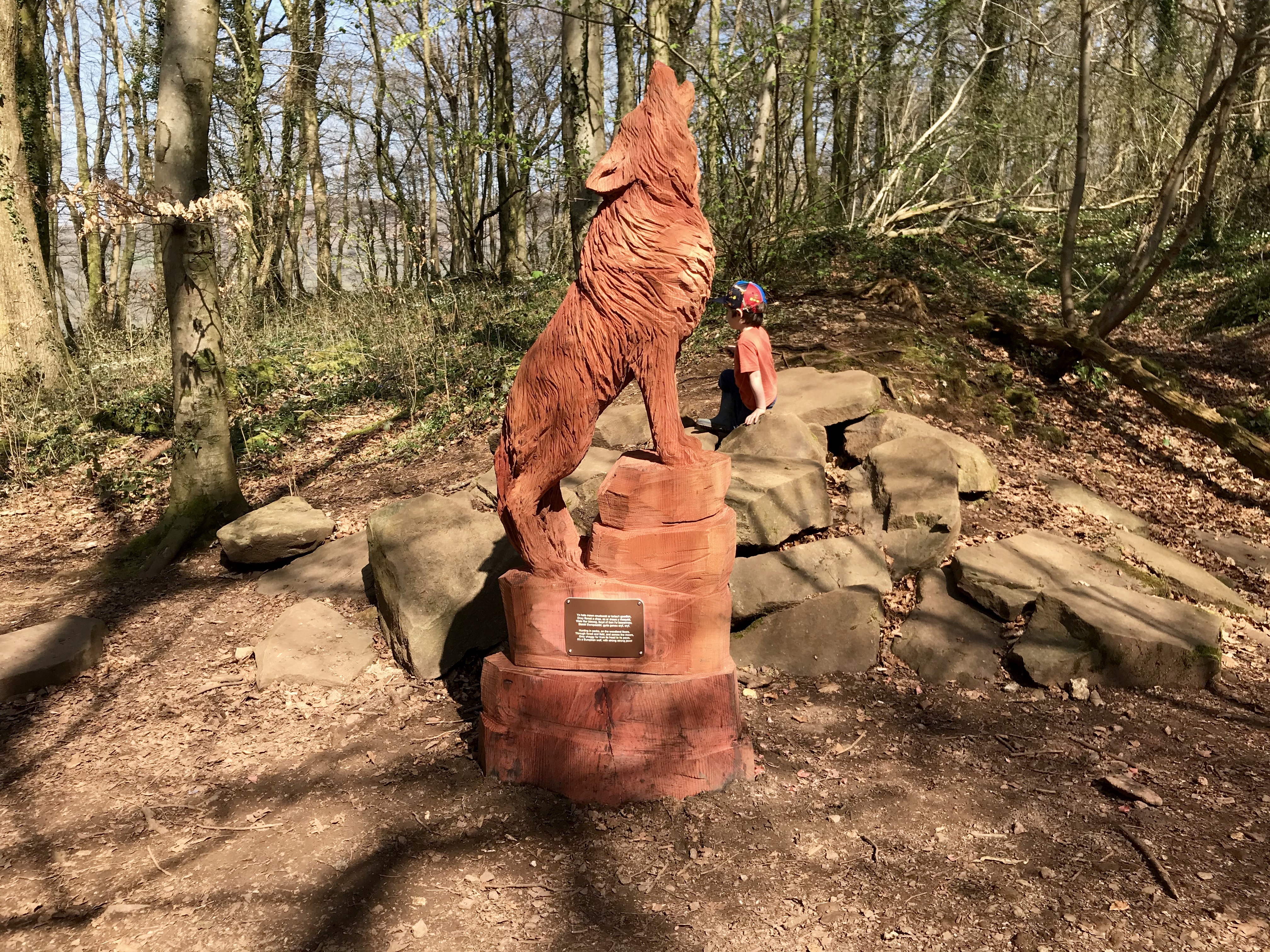 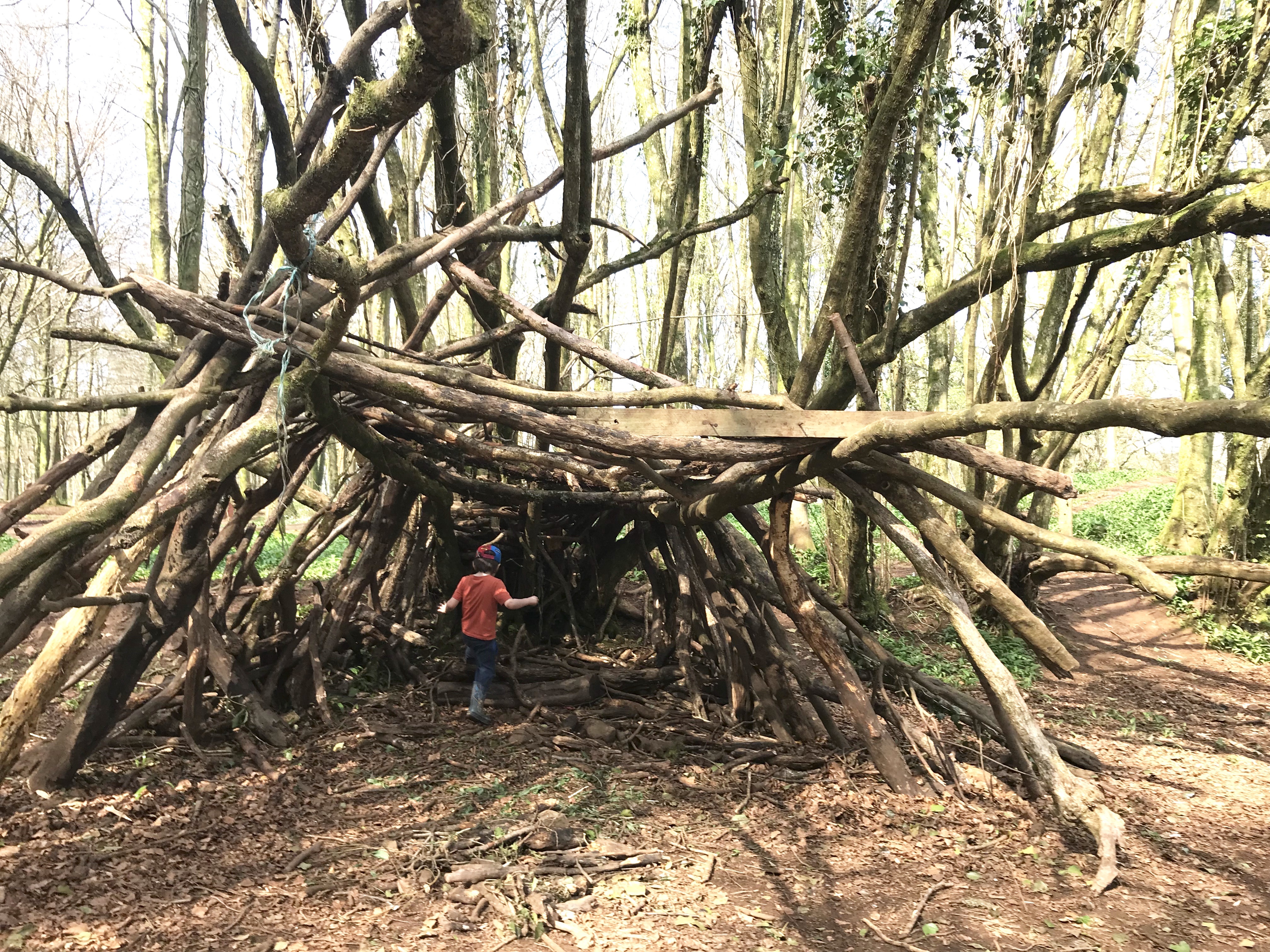 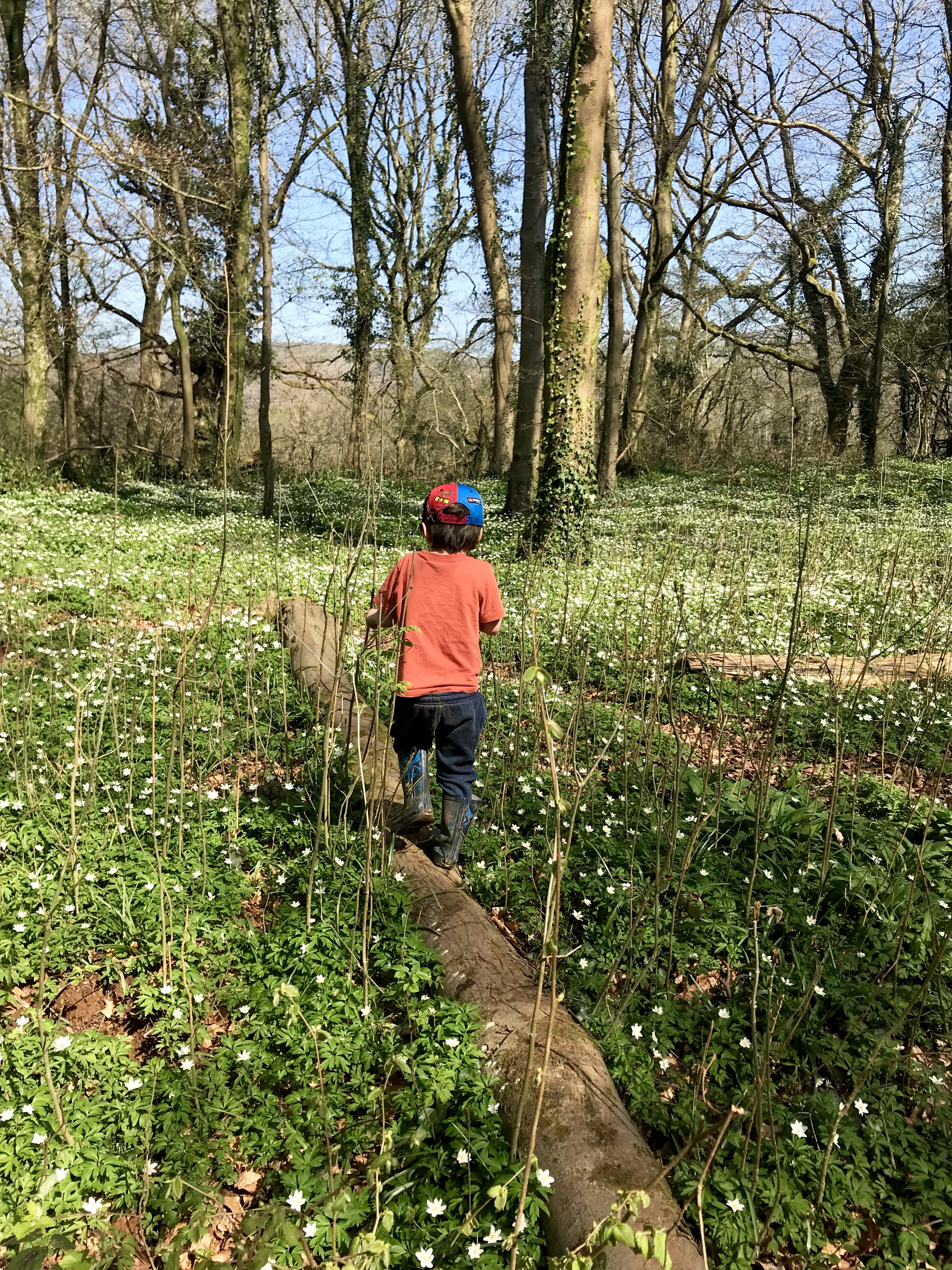 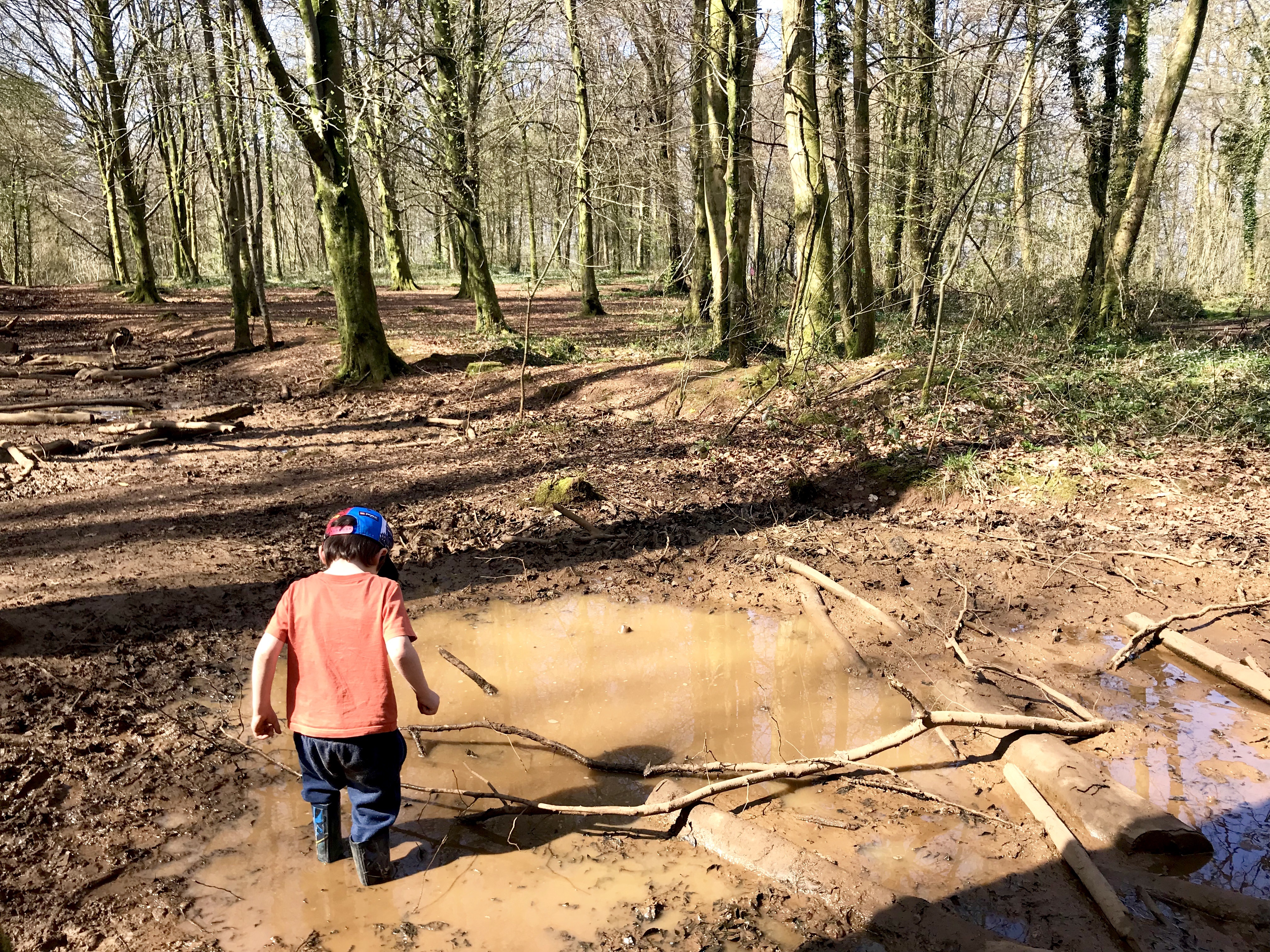 The trail is really easy to navigate and ends up at the most beautiful view point looking over the Garth. The giant’s chair which was the perfect seat to enjoy the scenery has sadly gone and the regular replacement bench is not quite so exciting… although there is a beautifully carved bench a little further back. 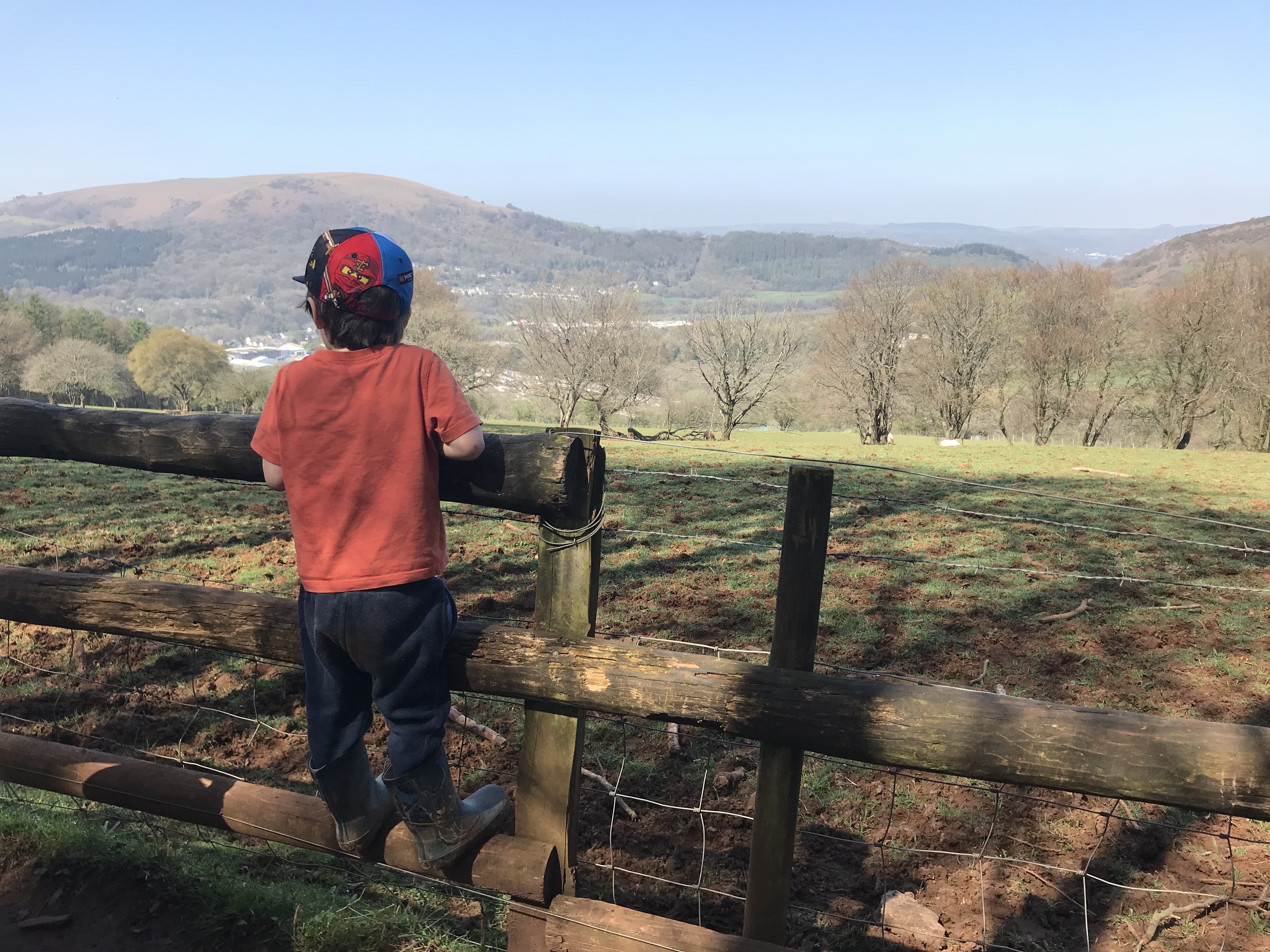 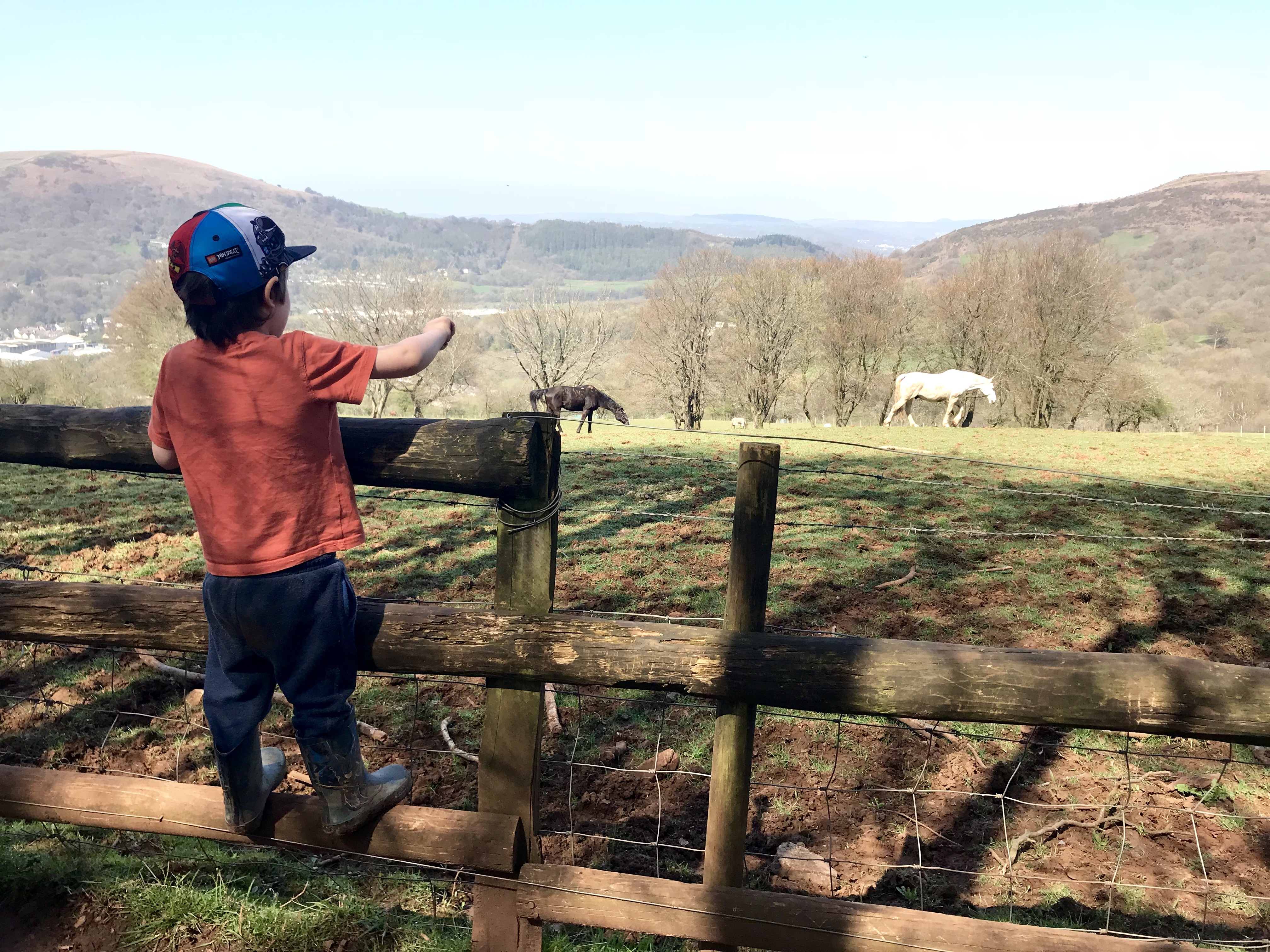 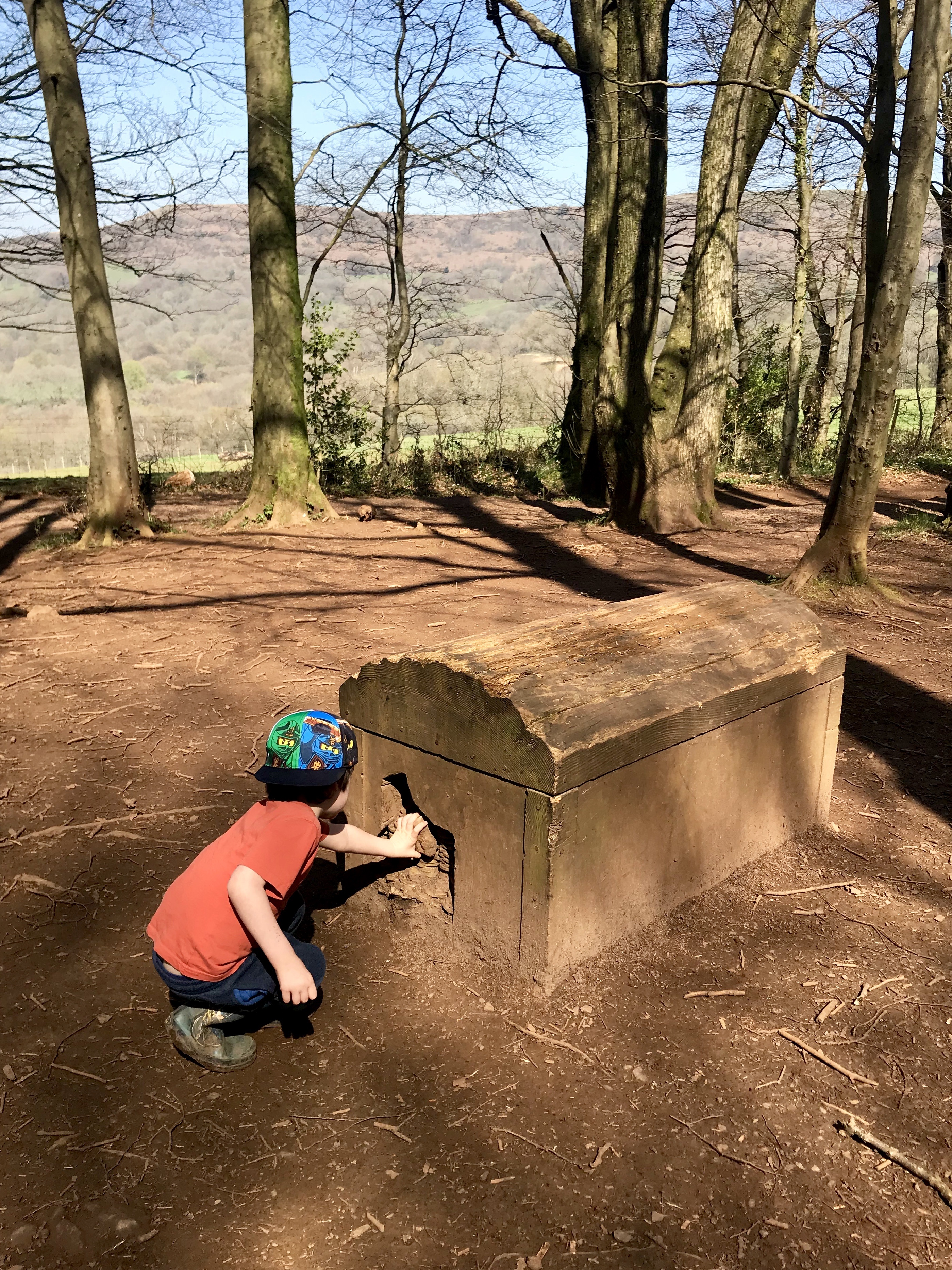 …or you can do what we did on Saturday when we visited Fforest Fawr again – because after seeing photos of their little brother my other two children really wanted to visit too – which is to continue down the woodland path (possible with a buggy although the ground is uneven and muddy in places) on to a wide gravel path and to the Three Bears’ Cave – part of an old mine. You can also verge off the main path here to the Forest Café (it’s signposted). 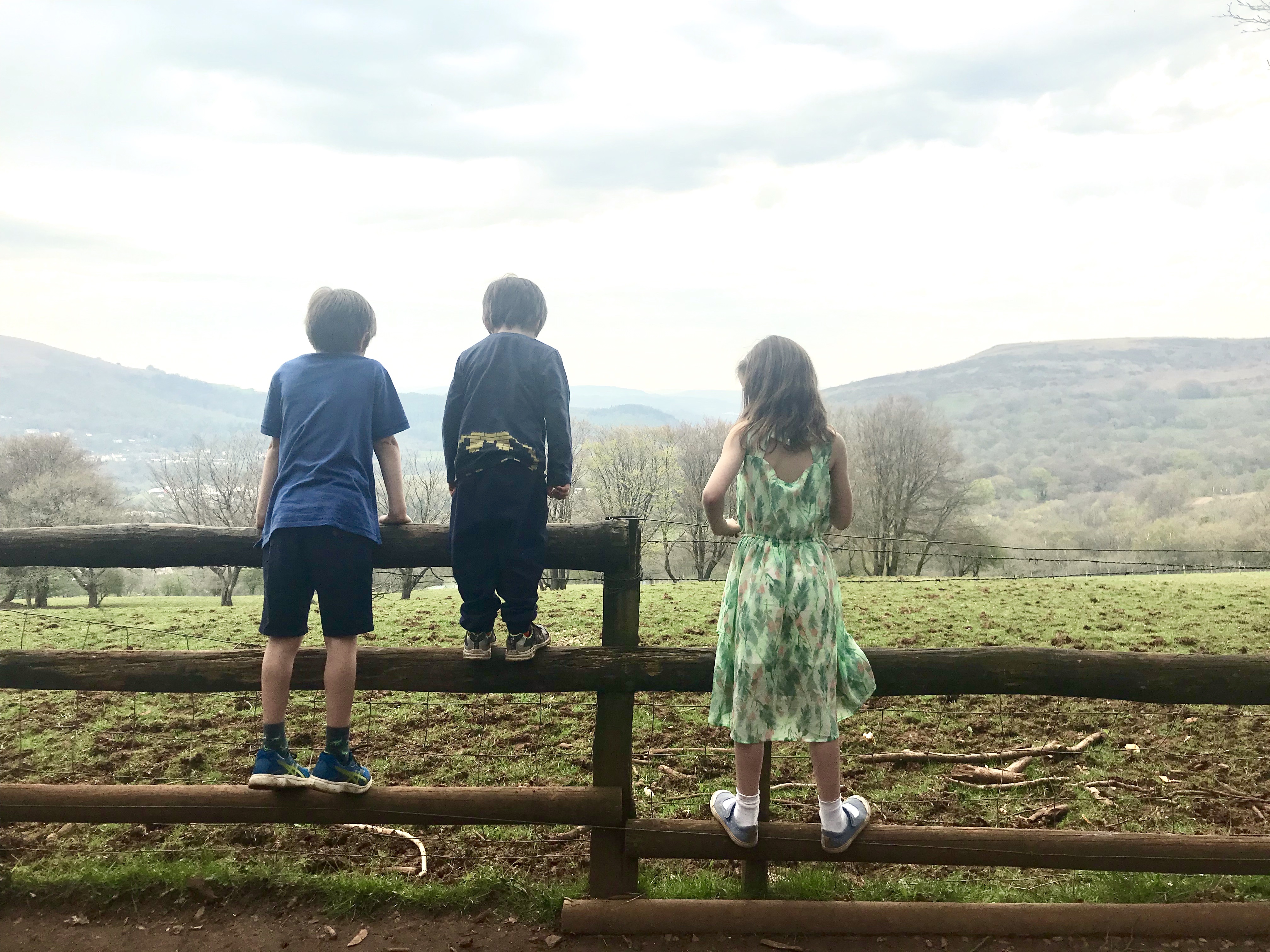 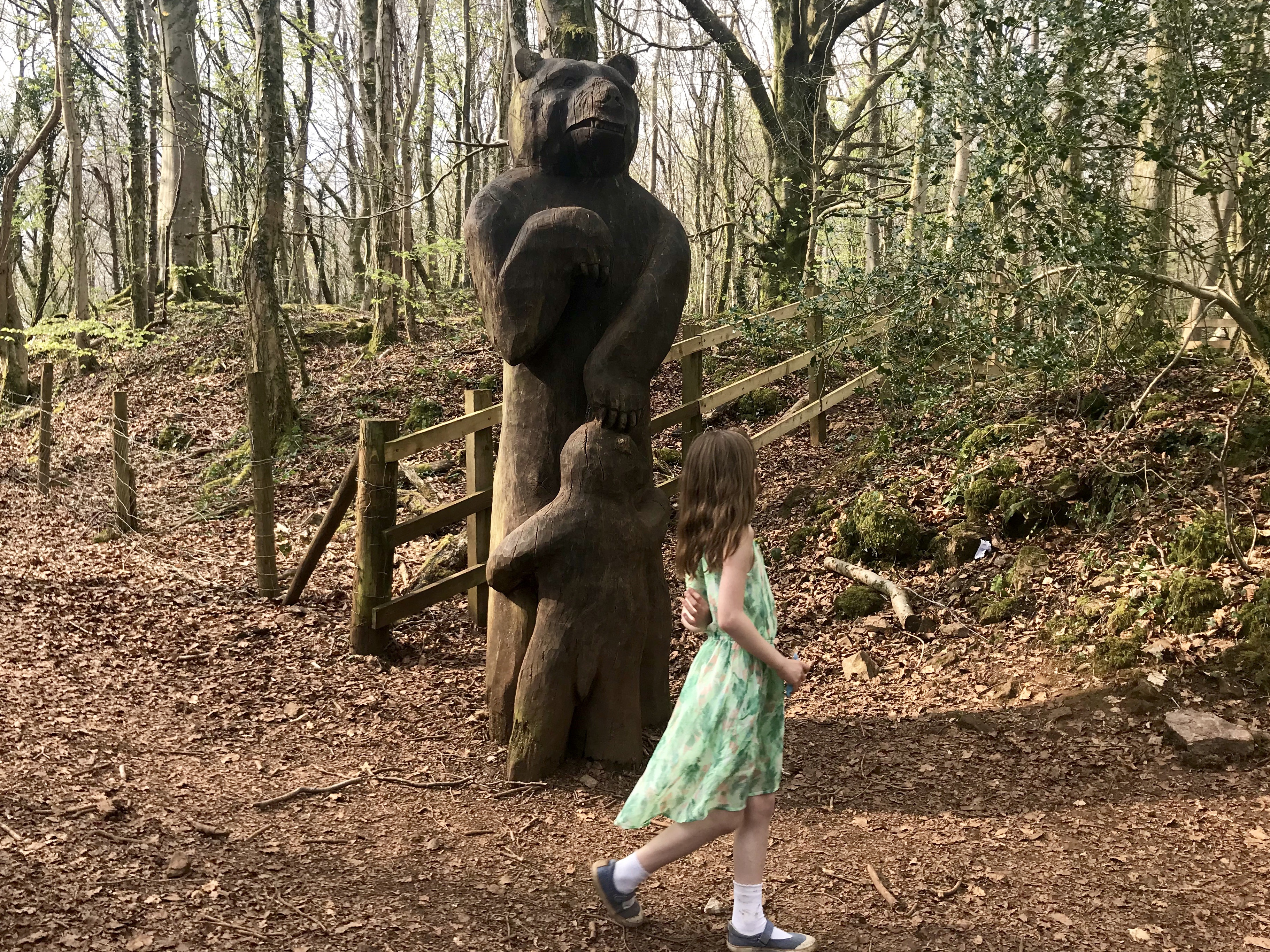 On both visits, all the children ended up covered in dirt and mud with grubby hands and knees and clothes desperate for a wash. All the signs of a good day out, if you ask me!

In September 2018, work is began to remove approximately 4,000 diseased larch trees. During this time, some sections of the forest will have to close to allow the work to take place, and people are asked to adhere to footpath diversions which will be clearly signed.

Have you been to see the new sculptures at Fforest Fawr? Let me know in the comments below, on the Cardiff Mummy Says Facebook page or by tweeting me on @cardiffmummy

See the Cardiff Mummy Says Instagram account for more snapshots of this and other days out in South Wales.

Thanks to Jack at Tongwynlais.com for the heads up on the arrival of the new sculptures. 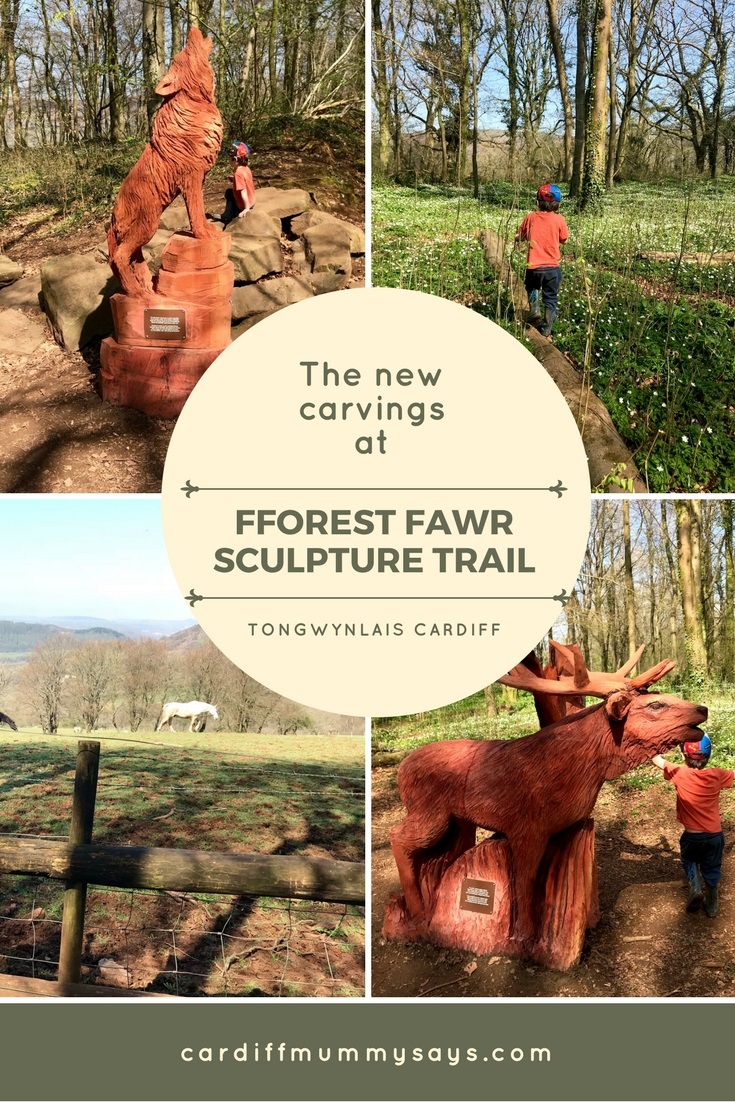