When my grandmother died from cancer last year, her family rallied round her doing everything we could to make her last months, weeks, days and then hours as comfortable and dignified as we possibly could.

But we couldn’t have done it without the support of the Marie Curie nurses who helped care for her.

The charity offer nursing care to people with all terminal illnesses across the UK as well as providing support for their loved ones. Nurses often stay with a patient in their home for eight or nine hours at a time, overnight and in many cases as a person’s life comes to an end.

In Wales, Marie Curie support more than 3,500 people living with a terminal illness annually. Around 150 nurses care for around 2,400 terminally ill people and their families in their homes each year. Nurses at the Marie Curie Hospice in Penarth care for around 1,000 people each year, both those staying in the hospice and those using the day services. Across the UK Marie Curie employs more than 2,700 nurses, doctors and other healthcare professionals. With nine hospices around the UK, it is the largest provider of hospice beds outside the NHS.

All this crucial care and support is provided for free to terminally ill people and their families.

All that practical and emotional help and support won’t cost them anything.

But it costs the charity a lot.

One hour of nursing care in someone’s home costs £20 – and it costs £4,460 to keep the charity’s nursing service running across the UK for one hour.

In 2016/17, the charity spent £149.5 million on their crucial caring services, research into terminal illness, and campaigning for better end of life care, as well as spending funds on improving awareness of our charity and generating future income.

Half of that bill is funded by the NHS. The other half comes from donations.

March is Marie Curie’s Great Daffodil Appeal which sees people supporting the charity’s work by giving a donation to wear a daffodil pin. The charity have been raising awareness and funds this way since 1986 and it’s always been well-supported here in Wales because of the daffodil’s association as our national flower and the campaign coinciding with St David’s Day on 1 March. 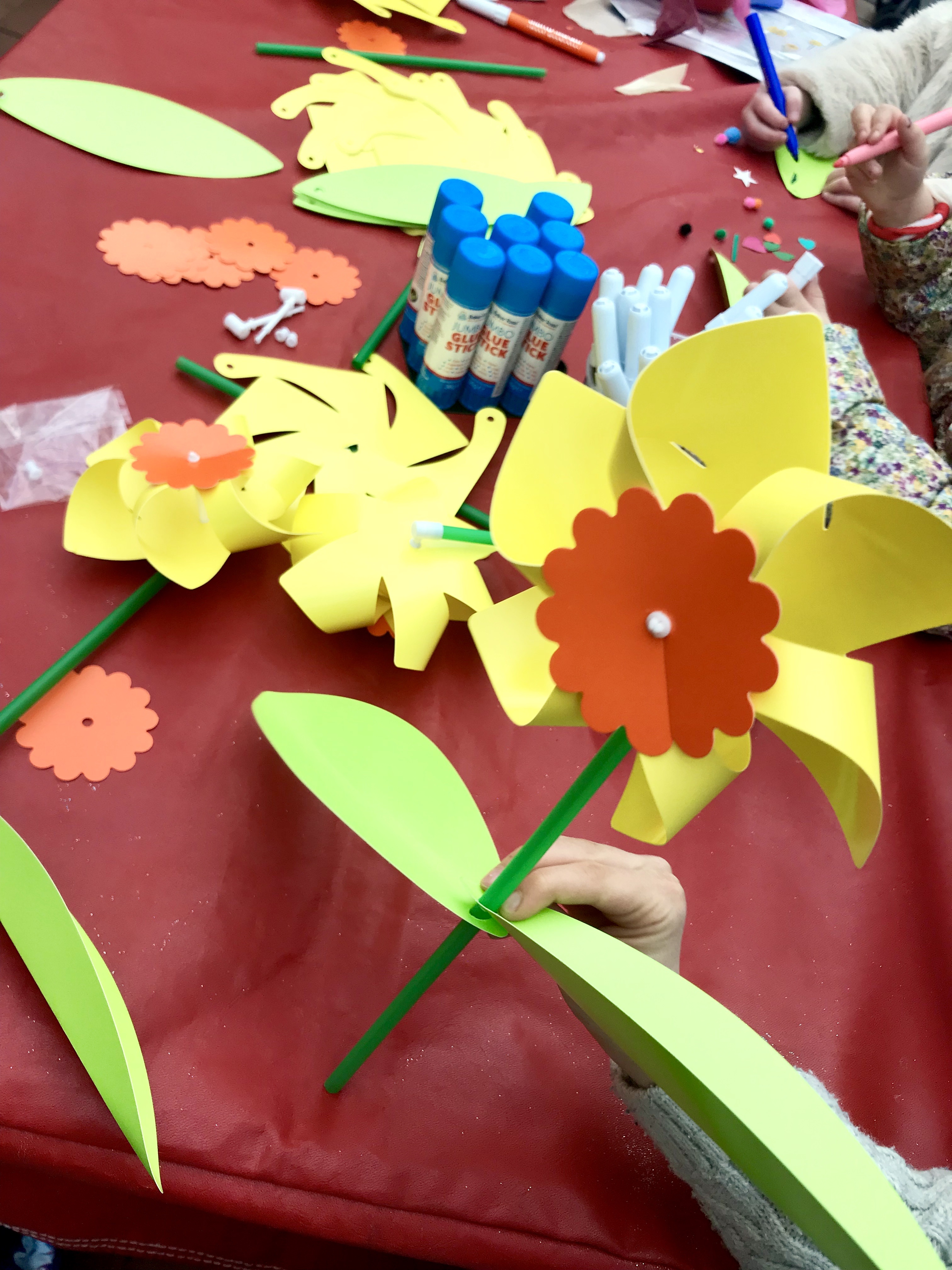 Yesterday I took my children to The Red Dragon Centre in Cardiff Bay for a daffodil-themed fundraising event they were holding in aid of Marie Curie Cymru.

We were party there in our role as family blogger ambassadors for Cardiff Bay entertainment complex – but also in a personal capacity to help support the charity and raise awareness of its work.

My two oldest children know what terminal illness is. They know the basics of what Marie Curie do. Eight year old Little Miss E even knows all about Marie Curie herself thanks to her Good Night Stories for Rebel Girls book. 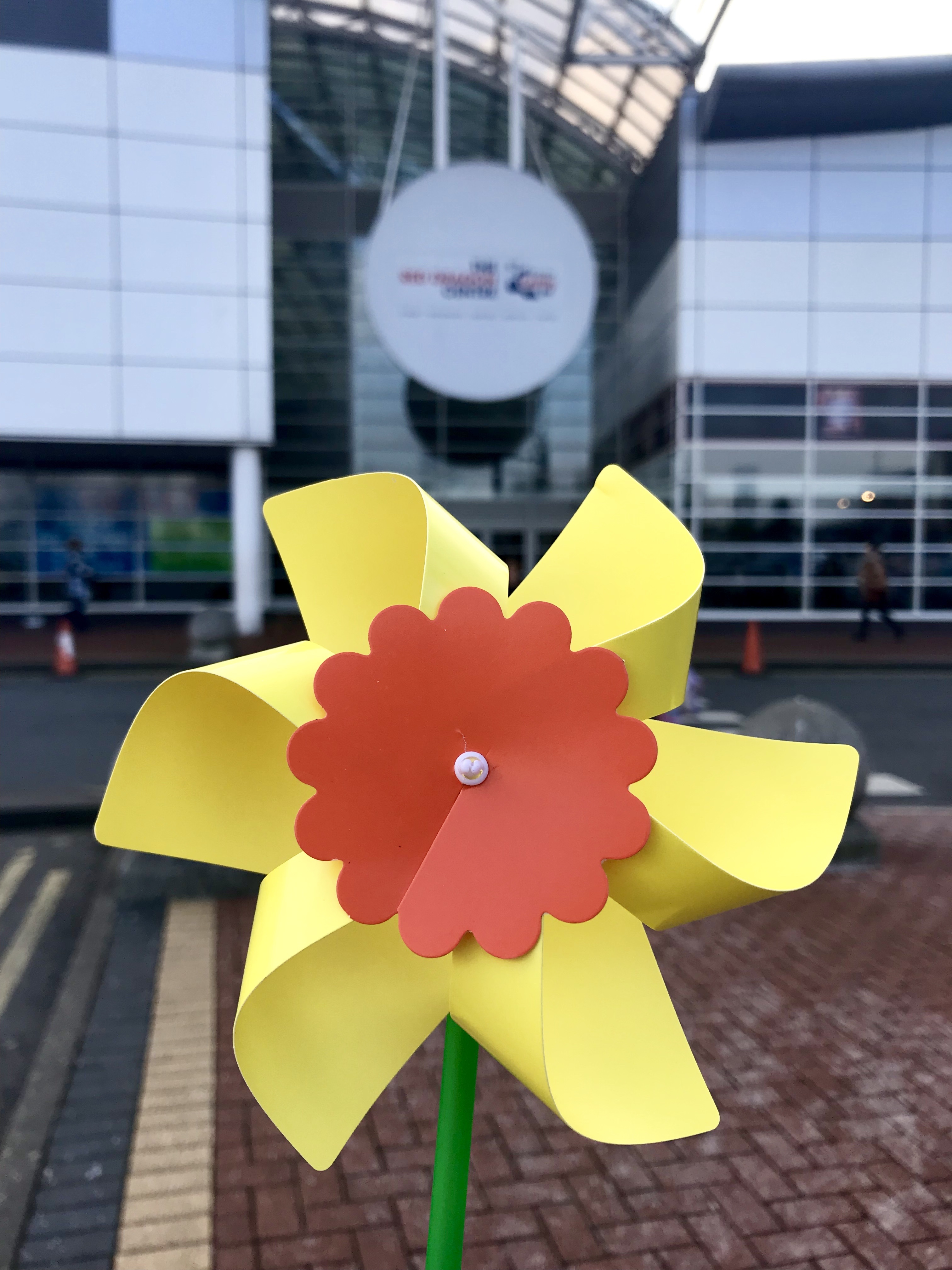 But the day itself was about raising funds through fun activities provided for free – but with donations for Marie Curie appreciated.

The craft tables where children could make their own daffodil windmills were so busy and later on while walking around Cardiff Bay we saw so many children carrying them. They were simple to make with staff on hand to help. Ours have been put in a vase next to our real daffodils. And as Miss E pointed out “These ones will last a lot longer!” 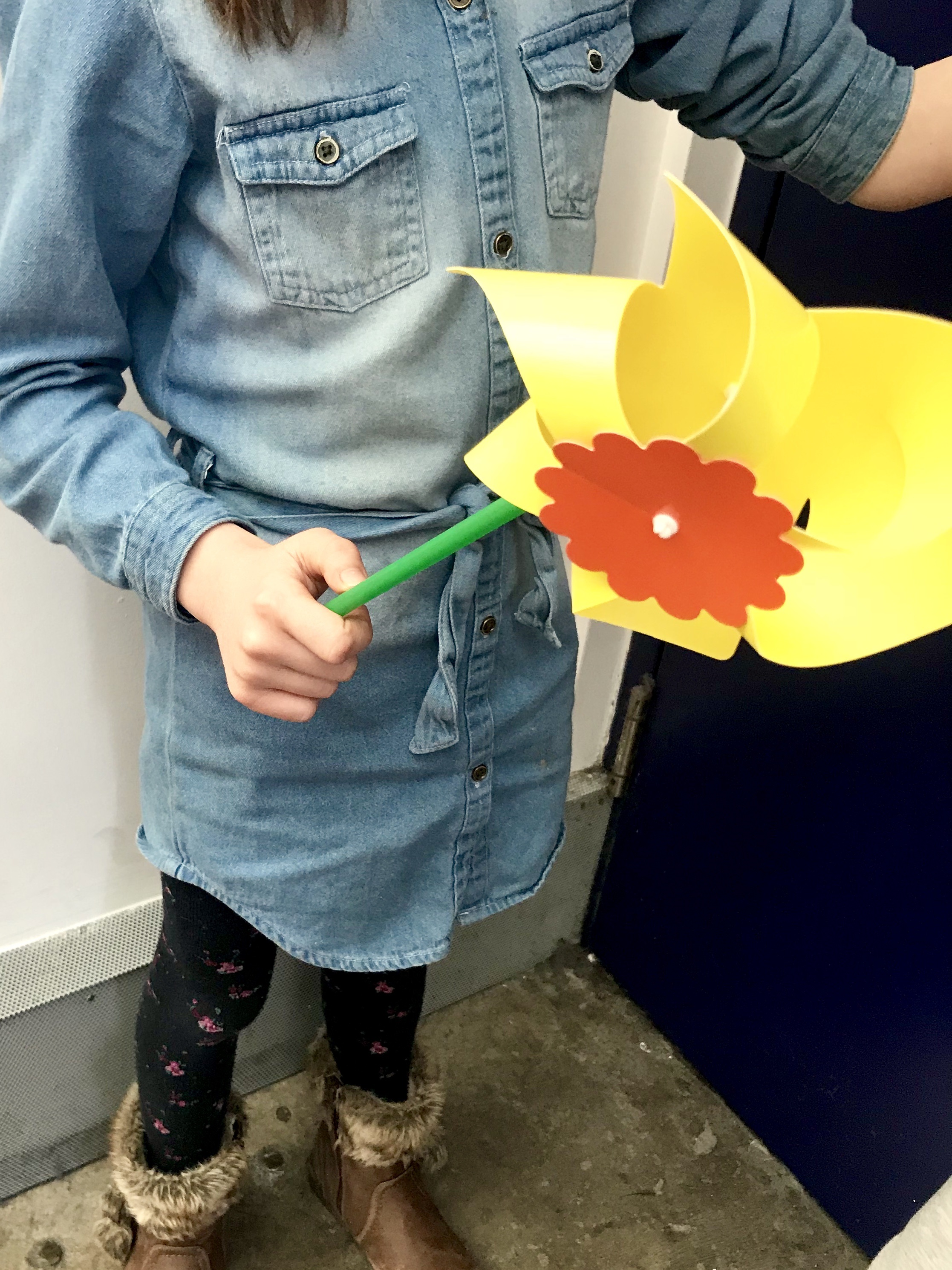 Character mascots Upsy Daisy from In The Night Garden and Fifi from Flower Tot Garden were meeting children and posing for photos throughout the day. Miss E used to love Upsy Daisy – but it seems she is far too cool to give the character a hug these days. She did however say we should rename her Upsy Daffodil for the day. 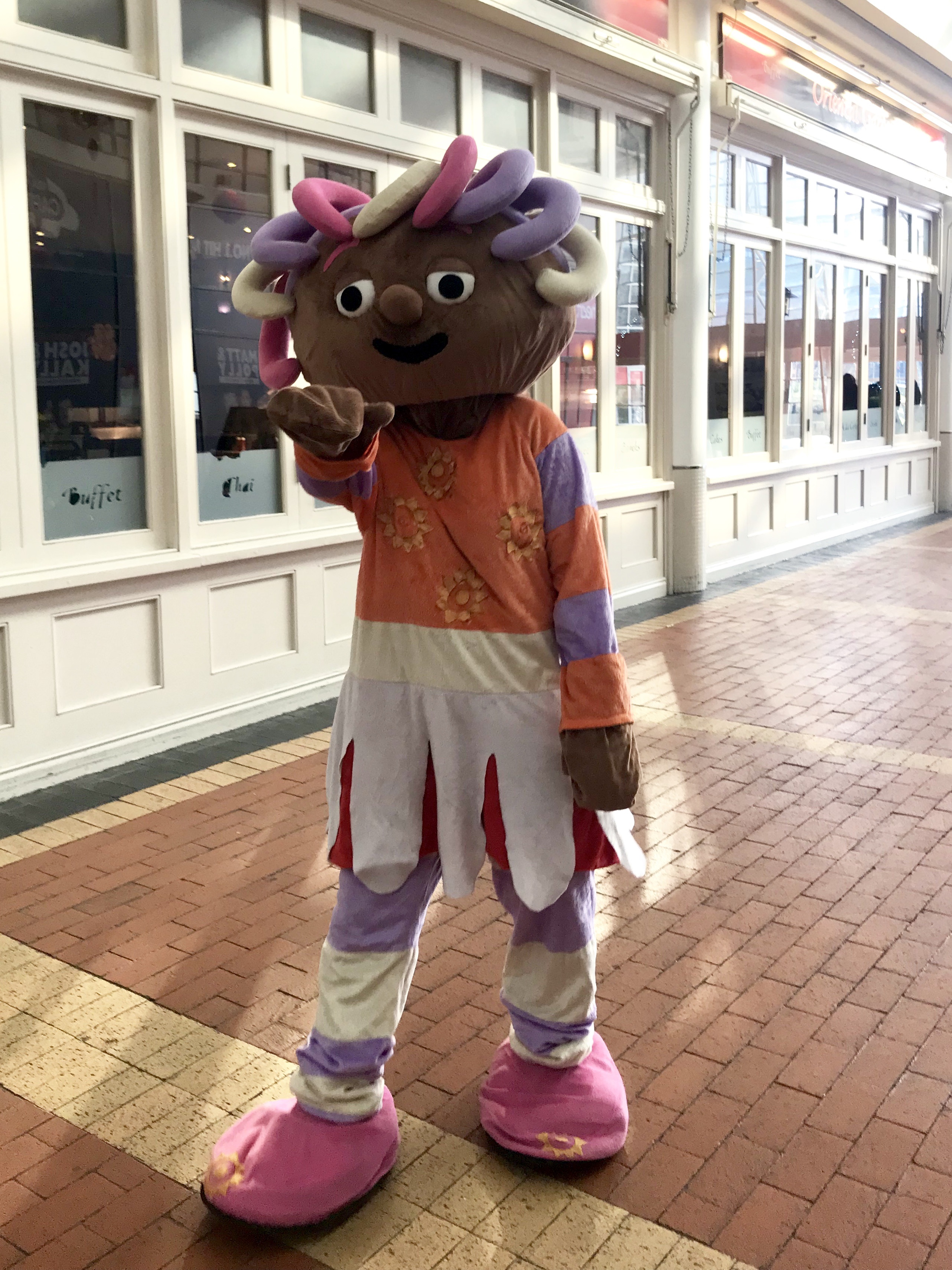 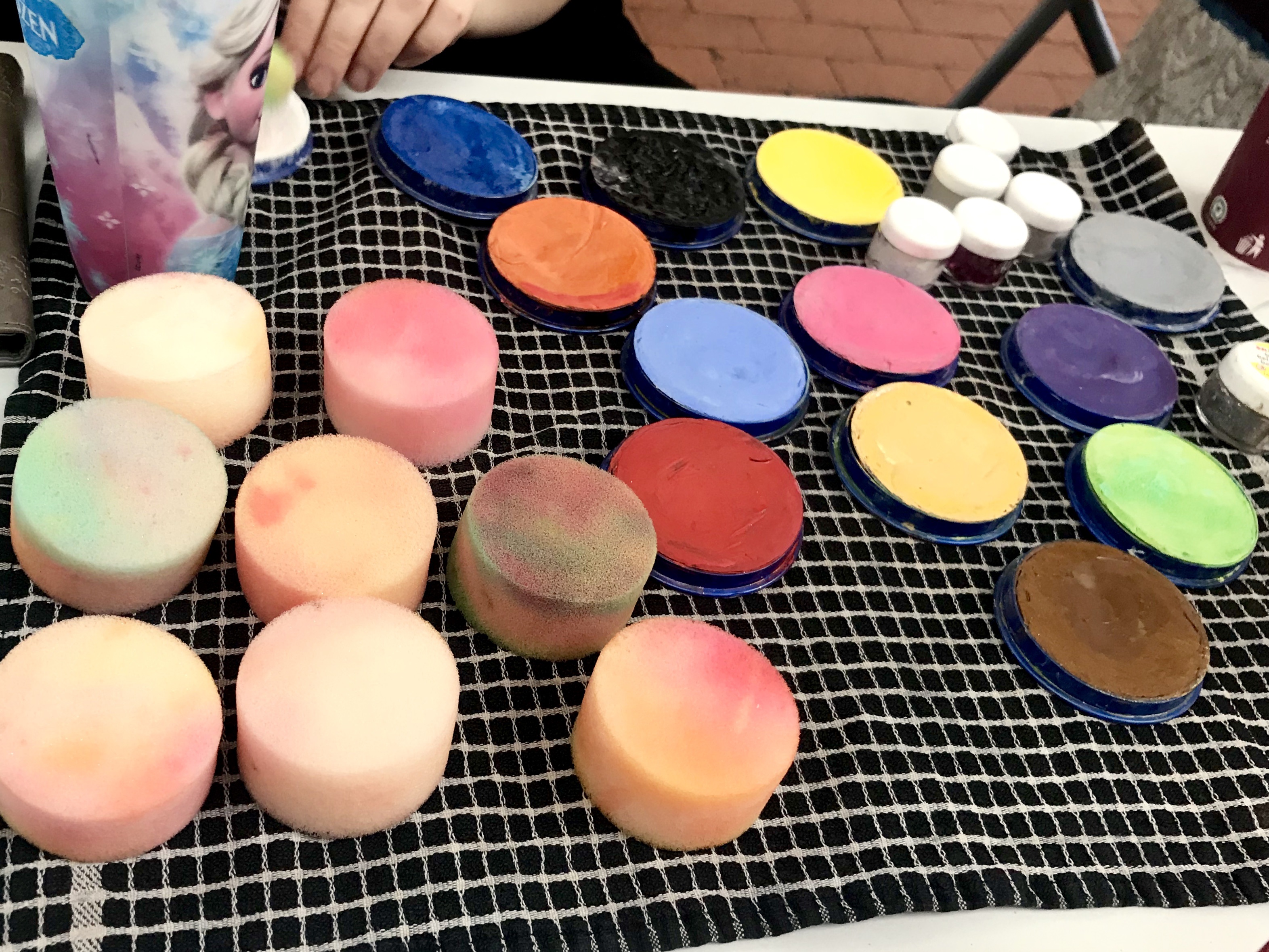 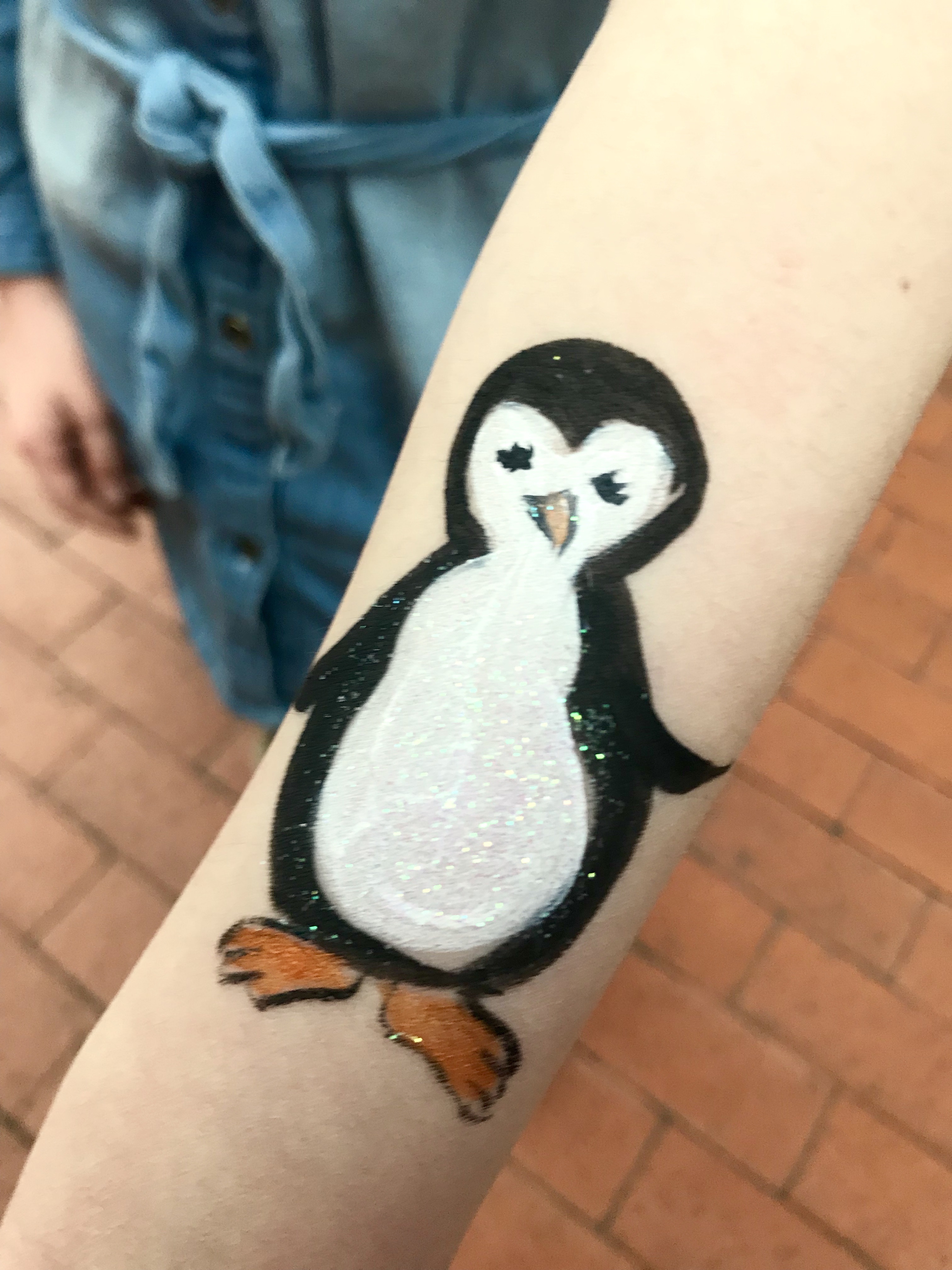 Face painting was also provided for free – which is amazing considering what it usually costs to have three children’s faces painted. Littlest was Batman; Little Man was a leopard; Miss E had a penguin on her arm (again far too cool to have her face painted!).

And of course we made a donation.

The event was only at The Red Dragon Centre yesterday – but you can still donate to and find our more about the Great Daffodil Appeal here.