If you’re as old as me, you’ll remember Joseph and the Amazing Technicolor Dreamcoat from the early 1990s. Revived for the stage in 1991 after a 10 year absence, it was huge back then. Heartthrob of the day Jason Donovan starred in the lead role, followed by children’s television presenter (as he was then) Phillip Schofield. Any Dream Will Do gave Jason a number one singles chart, with the cast recording of the soundtrack also topping the album chart. I’m sure I wasn’t the only young teen playing the cassette continuously in her bedroom. At that point I’d never seen the show (I’ve watched it since), but I did perform a version of it with the local amateur dramatics group I was a member of, and it’s always been a show I have a real soft spot for.

Fast forward 26 (!) years, and the show is at Cardiff’s Wales Millennium Centre for the week and I couldn’t wait to take my eldest two children, Little Miss E, 7, and Little Man O, 5½, along to experience it for the first time.

Would it match up to my childhood memories? Would I be with happy with anyone in the lead role who wasn’t my first celeb crush Jason Donovan?! Absolutely. And then some. We loved, loved, loved it. 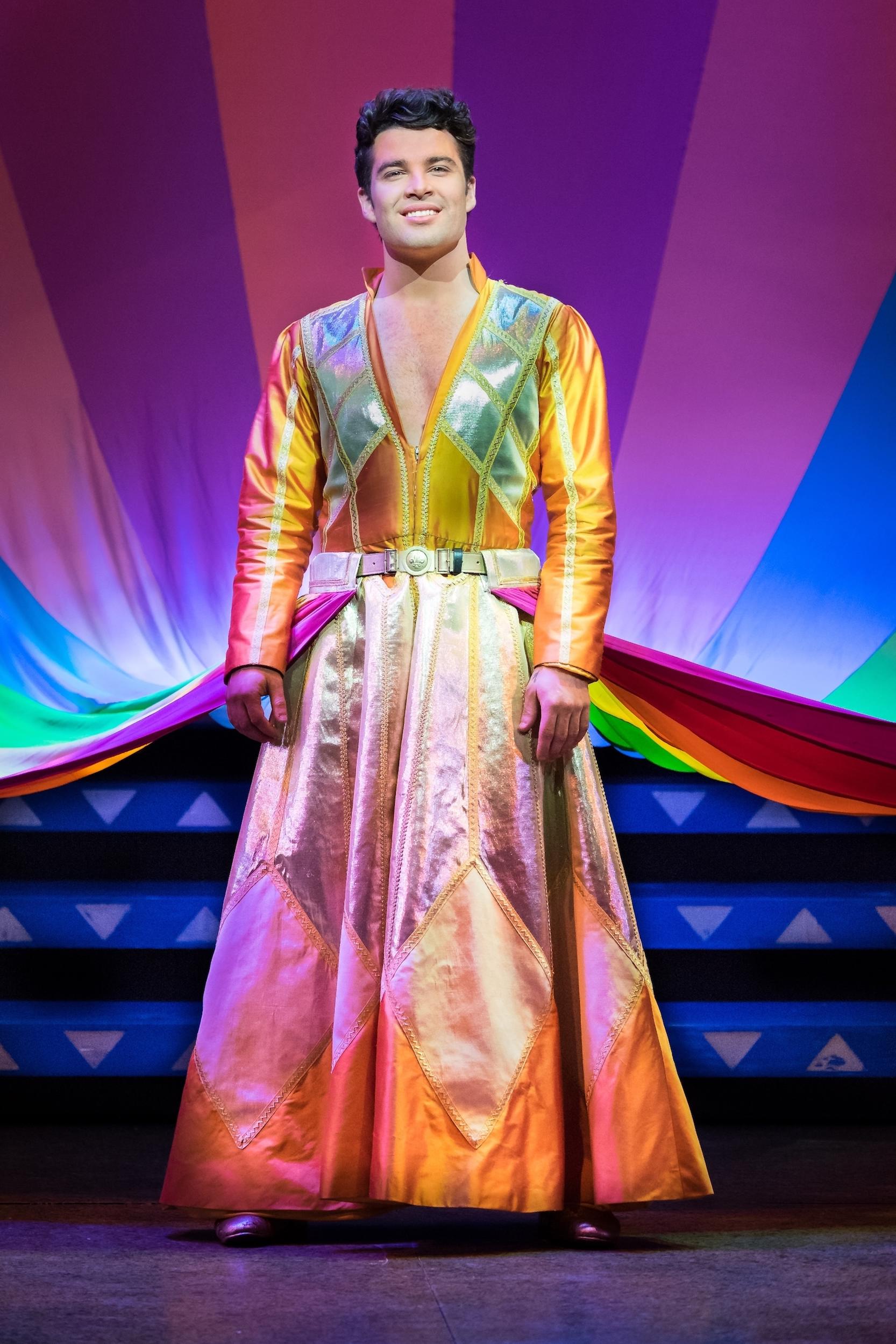 Originally written as a 15-minute show for a London school in 1968, Andrew Lloyd Webber and Tim Rice soon transformed Joseph into a full-scale musical, making it to the West End in 1973 and Broadway in 1982. It has enjoyed several revivals since, including one in 2007 which saw Lee Mead in the lead role, having been chosen on Lloyd Webber’s BBC television talent show Any Dream Will Do.

Bill Kenwright’s new touring production gives a fresh and modern twist to the musical. The staging is simple yet effective, it’s brilliantly funny at times (we loved the pop up sheep and the singing camel) and utterly engaging throughout. The show is two hours in length, including the interval, and other than one moment where the eyes on the huge Pharoah’s head light up red, there’s nothing scary, so it’s a great choice for a child’s first big stage musical. My kids also loved the choir of children singing on stage throughout.

The story is taken from the Biblical book of Genesis, and follows Joseph as his 11 brothers tire of him being their father’s favourite and sell him as a slave. His ability to depict the meanings of dreams eventually sees him become the Egyptian Pharoah’s second in command when he predicts a forthcoming famine and saves the nation. His starving brothers come to him to beg for food but as they don’t recognise him under his mask, he plays a trick on them to see if they have changed their wicked ways. 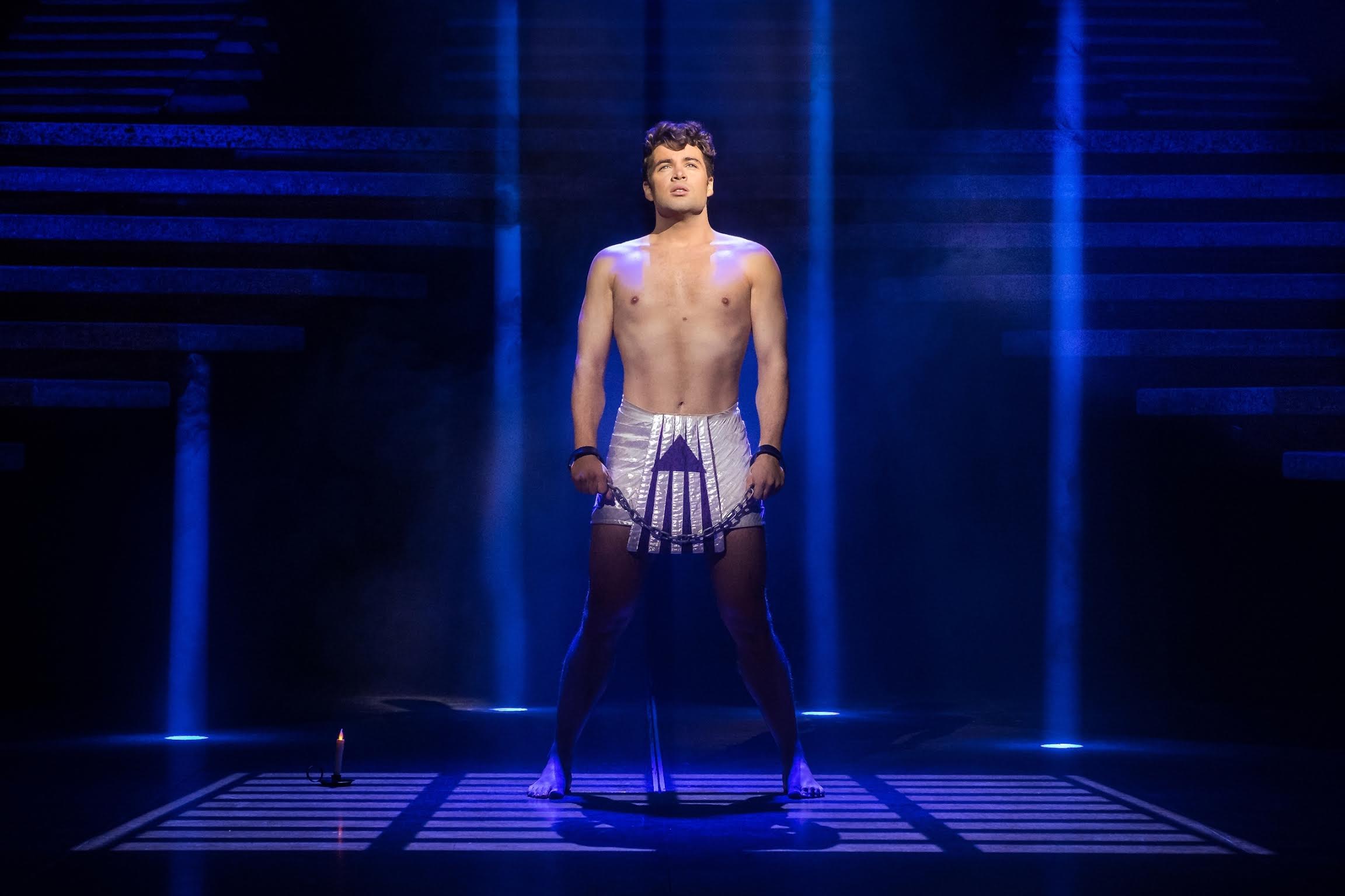 Joe McElderry of X-Factor fame stars as Joseph. The Stage – the esteemed newspaper for the acting industry – said in their five star review, “He may just be the best sung Joseph there’s been”. Which is amazing praise indeed for someone with only a couple of years of theatre under their belt. Joe certainly has plenty of stage presence and charisma, with great delivery on the comic moments and a sensitive tone in slower musical numbers such as Close Every Door. He spends much of the show in nothing but a loin cloth, which will no doubt please his many pop fans, who have ventured to the theatre because of him.

Britain’s Got Talent star Lucy Kay is the narrator. It’s a demanding role that sees her on stage throughout telling the story, and requires a good vocal range. She has a belter of a voice, directs the action well and my daughter in particular loved seeing a really strong female role in among all the men. 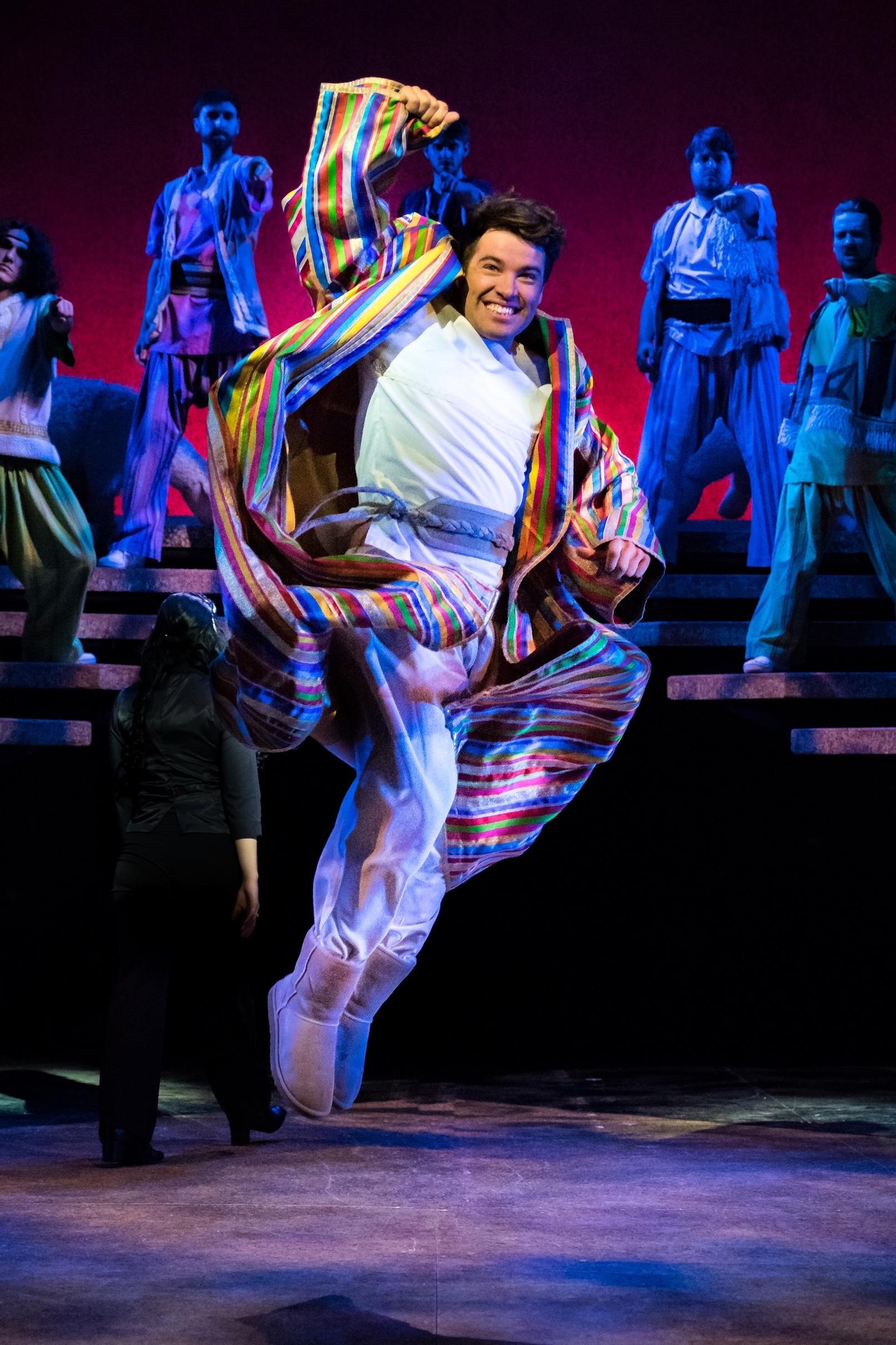 Ben James-Ellis is brilliant as Pharaoh. A semi-finalist in the aforementioned TV show Any Dream Will Do, Ben has since carved out a successful musical career. Pharoah is traditionally played as an Elvis-style character, and Ben is perfect in the role, complete with plenty of hip thrusting and uh-huhs in his musical number, Song of the King.

It didn’t take my children long to notice that the whole musical is sung. Unlike others they have seen there are no spoken words. I did worry this might make it harder for them to follow, but other than a few quick questions they didn’t seem to have any problems.

The only downside for me was the fact that I could have really done with a sing-a-long version of the show. I was very grateful for the closing medley of songs where the audience were up and dancing along to indulge.

Oh, and it won’t surprise you to hear I bought the soundtrack in the foyer on the way out and sang all the way home in the car. Thankfully my kids are young enough not to disown me for this. 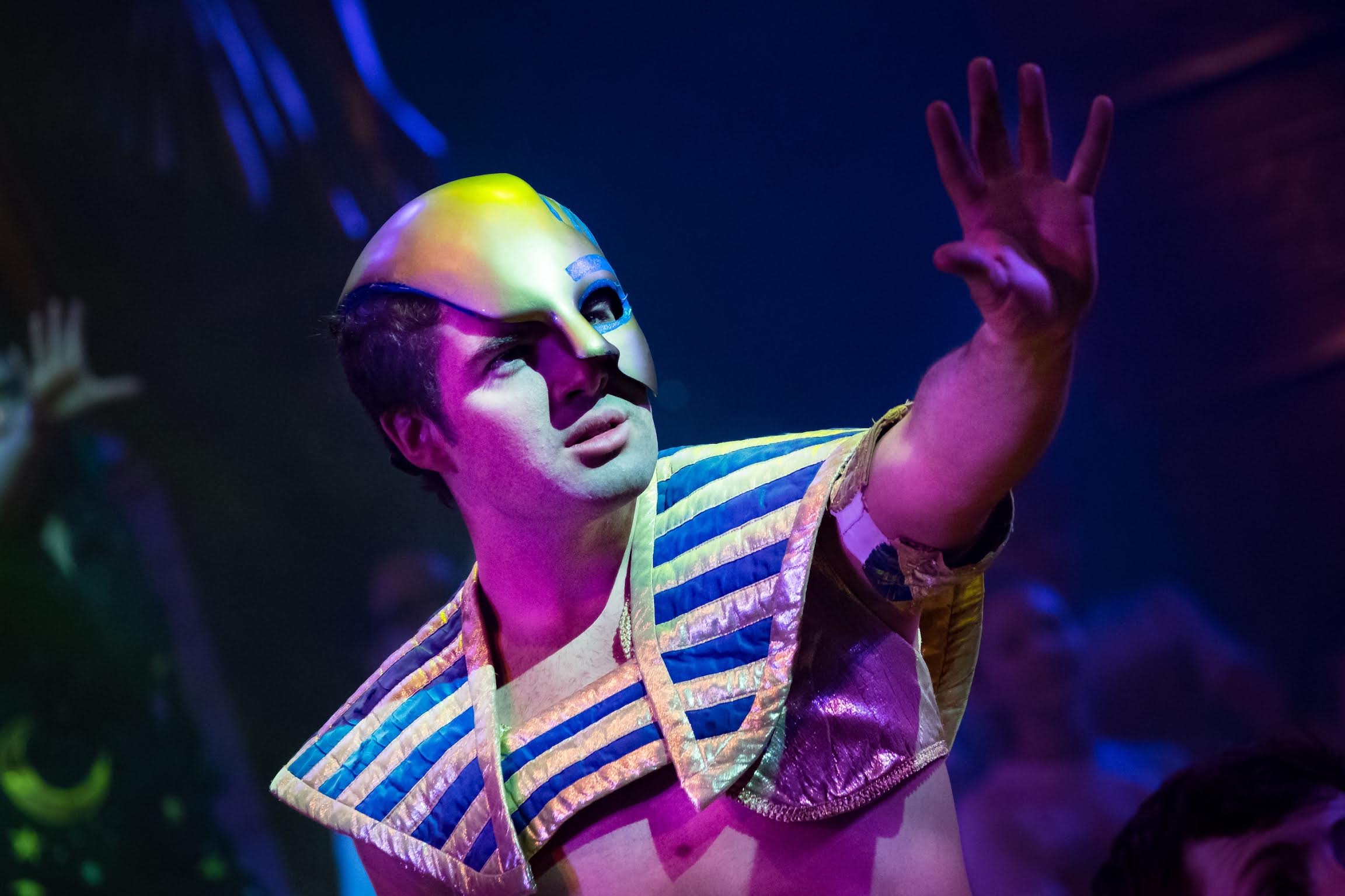 Joseph and the Amazing Technicolor Dreamcoat is at Wales Millennium Centre until Saturday 13th May with performances at 2.30pm and 7.30pm on Wednesday and Thursday, 5pm and 8pm on Friday and 2pm, 5pm and 8pm on Saturday. The role of Joseph will be played by Michael Colbourne on the Thursday performances.

Thanks to Wales Millennium Centre for the review tickets for this performance.