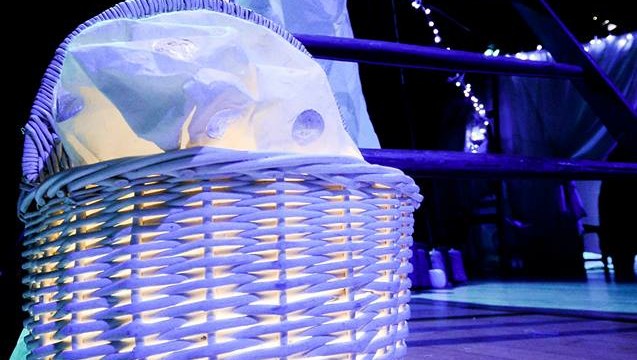 children's theatre, Theatre Iolo Out Of The Blue

As the youngest of three children, Baby Boy I has been to a lot of theatre in his first year of life. I think he was about six weeks old when he accompanied his big brother and sister to his first show and he’s been to a dozen or so since. But today, for the first time, I took just him to a performance created specifically for his age group – Out Of The Blue, a show for babies aged 6-18 months.

Created by Cardiff-based Theatr Iolo, Out Of The Blue is a complete sensory delight that absorbs and entrances the 15 or so babies in the audience, not to mention their parents too. Sat on cosy mats, blankets and cushions right next to the stage, Theatr Iolo have created the perfect, welcoming environment for the young audience – many of them experiencing theatre for the first time – with plenty of interaction from the one-man cast of Kevin Lewis, who is also Theatr Iolo’s artistic director.

The 25-minute performance sees Kevin answering the door and receiving a number of parcels. As he unwraps each one, he is intrigued by what is inside but, as is always the case with babies, is equally fascinated by the sounds the different wrapping papers and boxes make and has great fun exploring this to the delight of the babies.

And the beauty of such an intimate audience is that Kevin can improvise his performance according to their reactions. What makes one baby laugh, leaves another wide-opened with surprise. Some sit still, fascinated, others want to crawl closer to the action (yep, that was my child!). Kevin walks around the audience, showing them various props from the show up-close and responds to them accordingly. 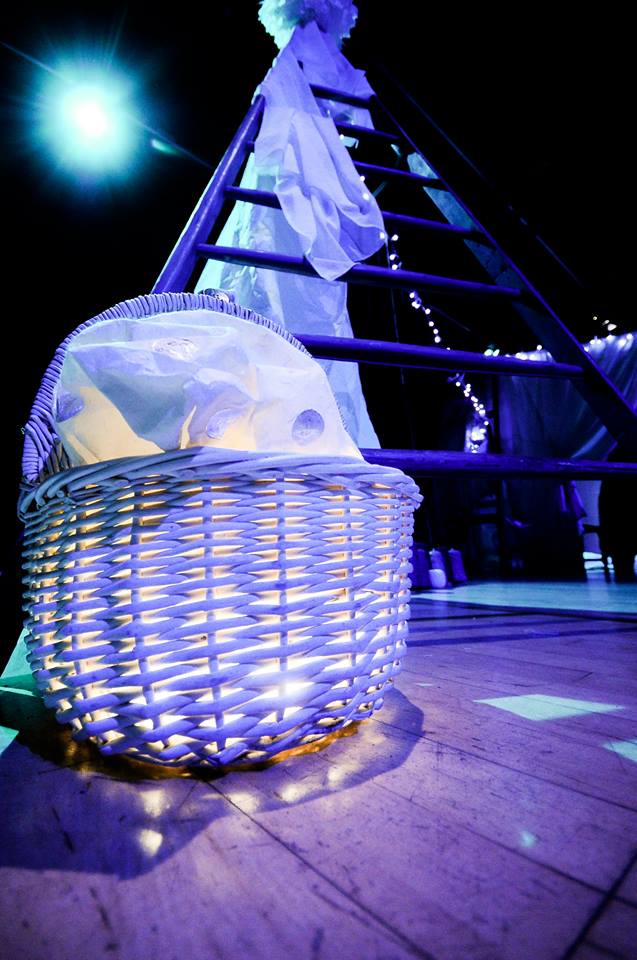 As the performance draws to a close, it blends into a sensory play session, where the babies are given various materials to scrunch, hide behind and explore. They especially love the foil blanket, the kind of thing you get given after running a marathon. It’s fascinating to see their little faces as they hear the noises it makes when they handle it and see the light reflecting off it.

Some might question whether babies need theatre or if it can benefit them in any way. You only have to look around at the amazed and intrigued faces of the youngest members of today’s audience and hear their gurgles, giggles and, in a couple of cases, proper belly laughing and excited yelping, to see the answer to that question.

Sarah Argent, Theatr Iolo’s creative director, tells me at the end of the show that after years of creating theatre for pre-school audience (such as the brilliant Boxy and Sticky, which we saw last week), she was keen to develop a show for babies after being intrigued by the growing movement for it in Europe. She received a Creative Wales Award from the Arts Council of Wales and spent time researching baby theatre in Italy and Germany, as well as at a play centre here in Cardiff, to understand more about baby development. The research shows, as the performance uses sound, touch and repetition in ways that delight the babies present today.

Currently mid-way through a sold-out run at Chapter Arts Centre in Cardiff, Out Of The Blue has previously been staged at Chapter as well as a stint in London, where it entertained over 800 babies in December in a Christmas variation of the show, which is continually evolving.

Sarah also reveals that Theatr Iolo will later this year be heading to Australia to perform in the prestigious Sydney Opera House, something she says is both exciting and daunting. When it comes to the latter, I don’t think she has much to worry about. Seeing how the babies in Cardiff responded today, I’m sure their Australian counterparts will be equally as delighted and captivated by this gorgeous show. And hopefully it won’t be too long before it’s back entertaining babies in Cardiff once again.

All shows in Cardiff are sold out – but you can follow Theatr Iolo’s Facebook page to be the first to hear about future shows and performances.

Did you see the show? Do let me know on the Cardiff Mummy Says Facebook page or by tweeting me on @cardiffmummy

Disclaimer: we were given two tickets for the purposes of an honest review.

If you like my blog, it would mean so much to me if you would nominate me in the Fresh New Voice category of the Brilliance In Blogging parenting blog awards – the BIBs 2015.

Homepage » Cardiff » Out Of the Blue: Gorgeously captivating theatre for babies

4 Comments to Out Of the Blue: Gorgeously captivating theatre for babies