I’ve already mentioned on Cardiff Mummy Says that we bought National Trust membership earlier this year. We’ve had some really lovely family days out at various properties, both locally and while holidaying in Devon and West Wales.

So when we heard Father Christmas was meeting children at Tredegar House in Newport for £2.50 per child (plus usual admittance charges for non-members), we thought we’d pay him a visit, as well as check out the other festive goings-ons. 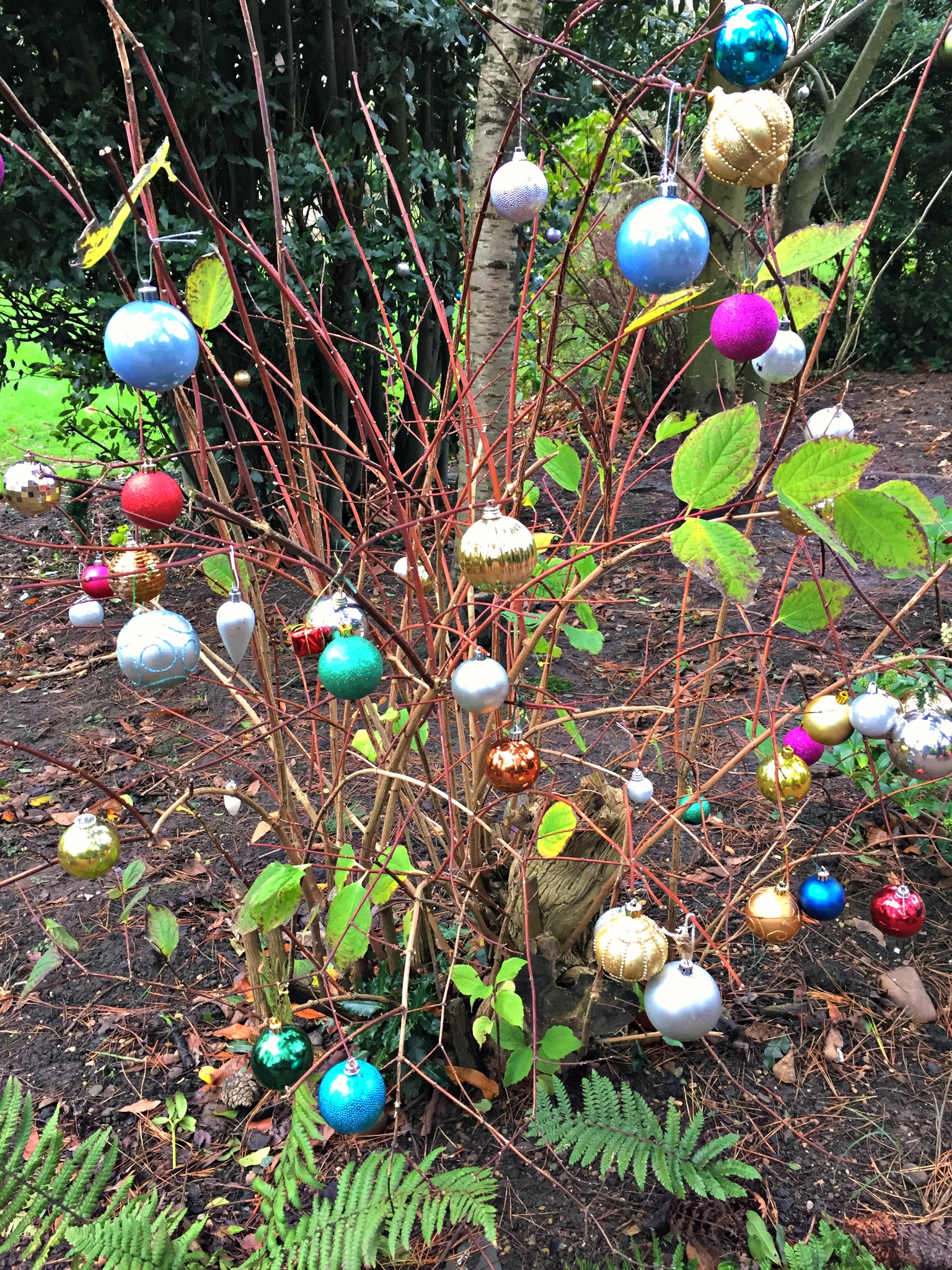 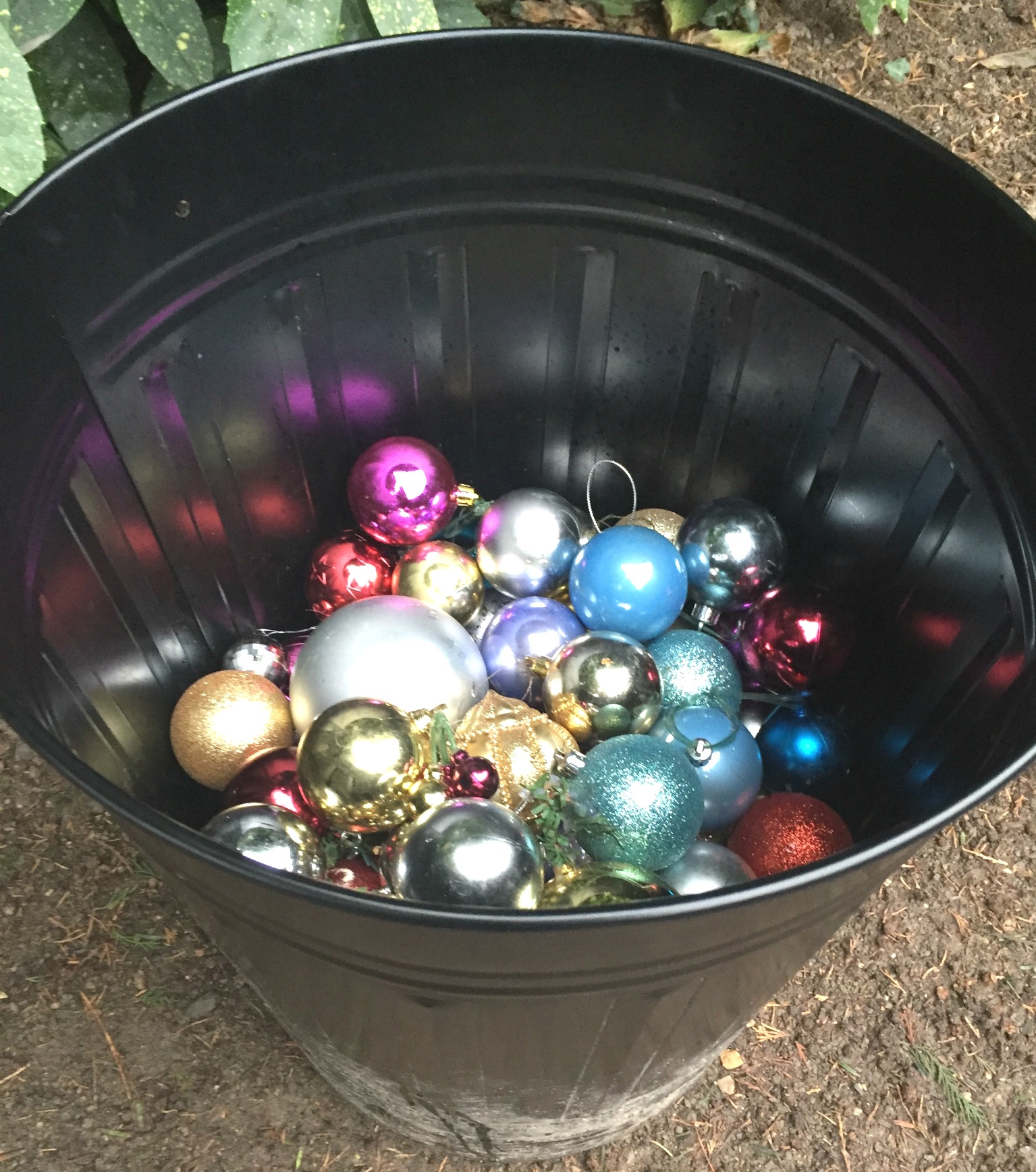 As soon as we walked down the path from the car park to the house, we were greeted by the beautiful sight of trees adorned with baubles. Visitors are encouraged to pick a bauble from a large bin and to decorate the trees. My children loved doing this – the shining colours looked so festive, sparkling in the winter sun on the evergreen winter trees and adding colour to those trees whose branches are now bare.

We were welcomed on the steps of the house by three volunteers in luxurious period costume. We entered the 17th century manor to the sounds of carols being sung in the lobby, a large Christmas tree and large ornate (electric) candelabras, all creating a warming and wintry atmosphere. A friendly member of staff showed us where we could leave our buggy, as they’re not permitted in the main house (although they are fine in the grounds). 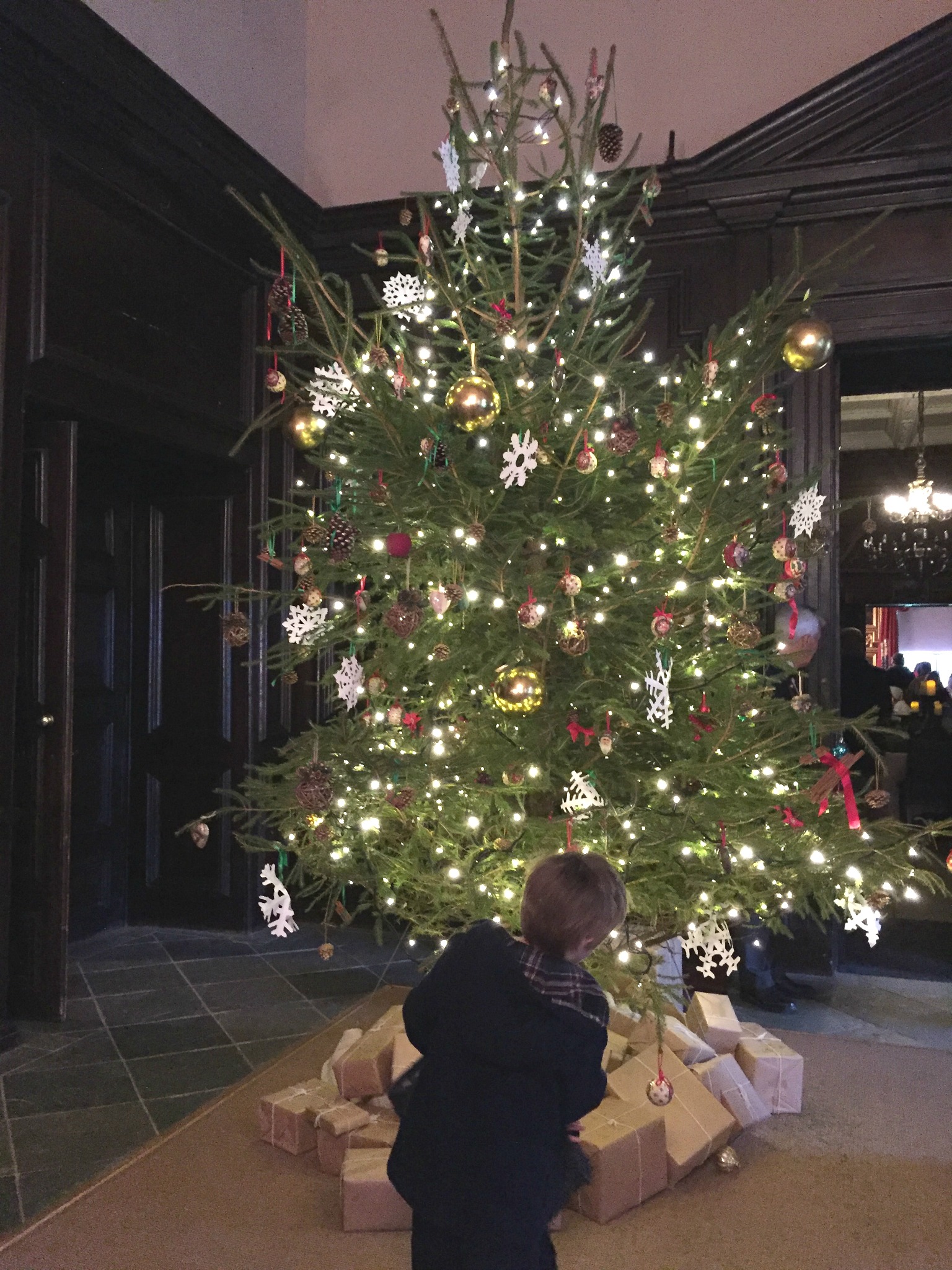 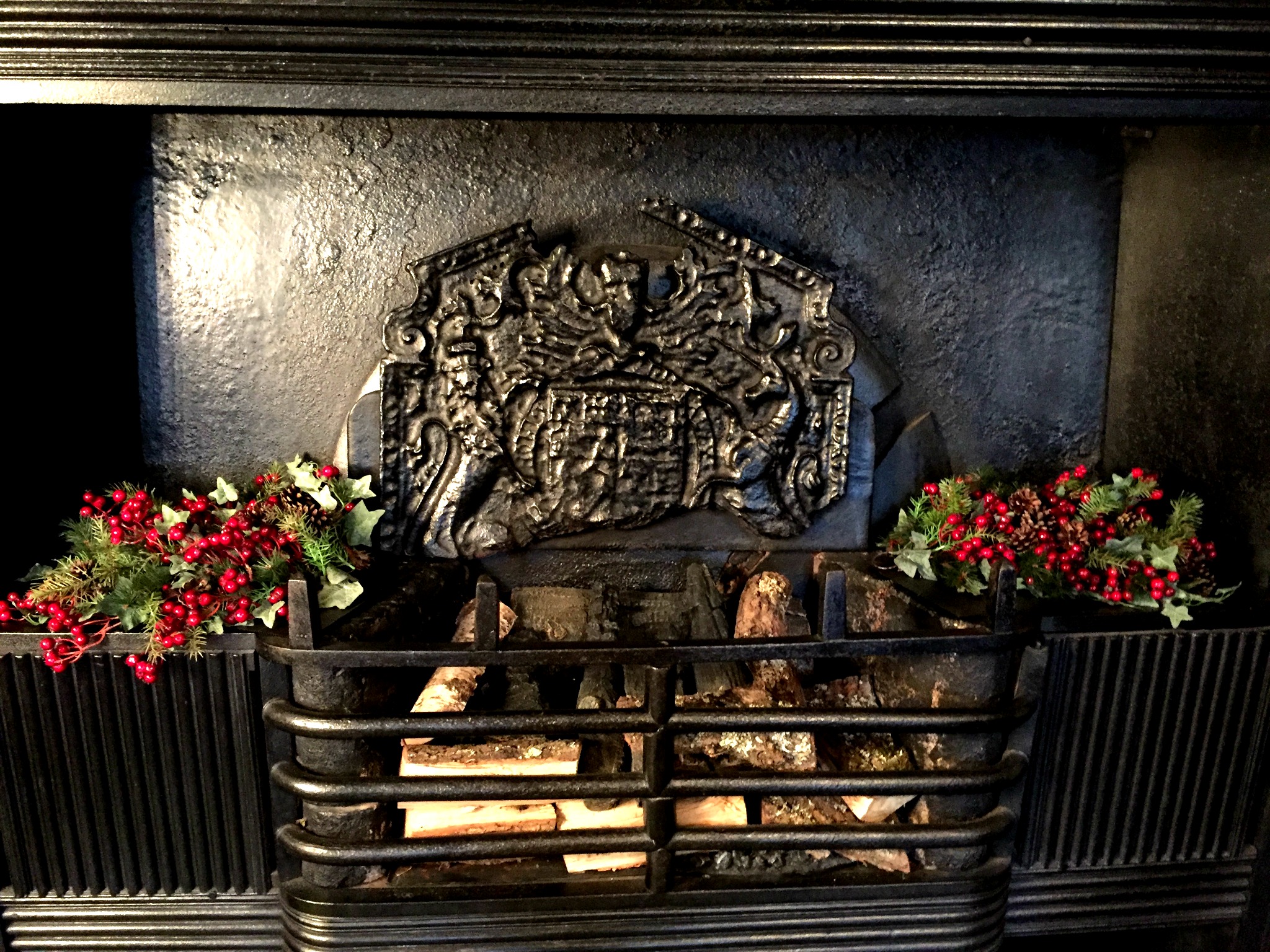 Tredegar House’s theme this year is Charles Dickens’s A Christmas Carol, with actors playing the famous literary characters. As we explored, we found Ebenezer Scrooge sat counting his money on the banqueting table in the dining room while Bob Cratchit looked on, and we also met the ghosts of Christmases past, present and future.

Little Man O, my four-year-old middle child, has been scared of Scrooge ever since we tried to read a children’s version of the tale to him. He was a bit reluctant to approach Scrooge, but the actor was very friendly towards him, asking him about the Christmas jumper he was wearing and encouraging him to say bah humbug to other visitors, which really helped to ease his fear. 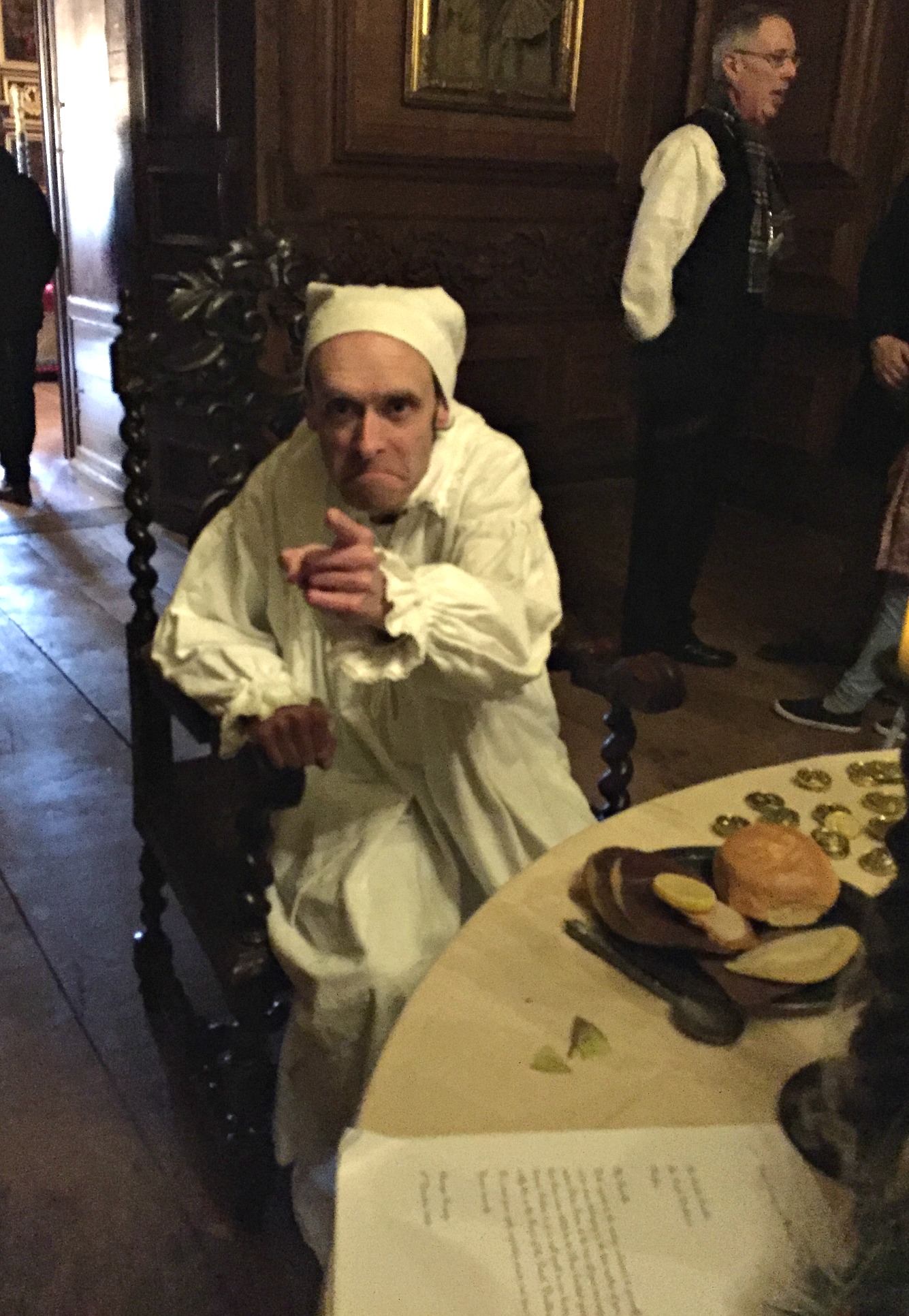 Elsewhere in the house, we made paperchains to decorate one of the large Christmas trees, stirred the mixture for the Christmas pudding in the kitchen and followed clues around the garden for a treasure hunt, as luckily it was a dry and sunny winter’s day. There was the chance to make pomanders out of oranges and cloves, plus Christmas market stalls dotted around. The upstairs of the house is closed off during the Christmas weekend festivities, but there was still plenty to keep us entertained for a couple of hours. 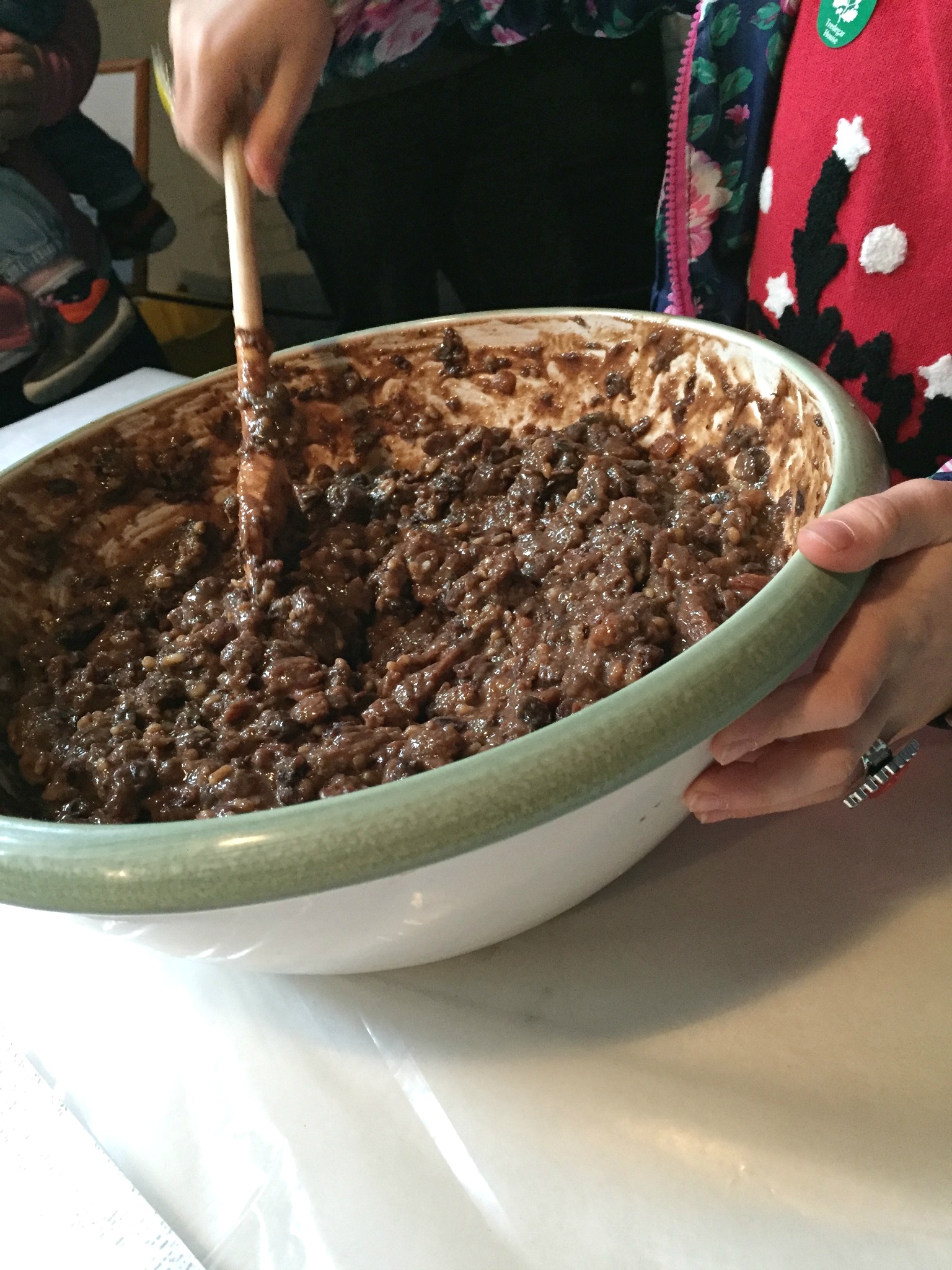 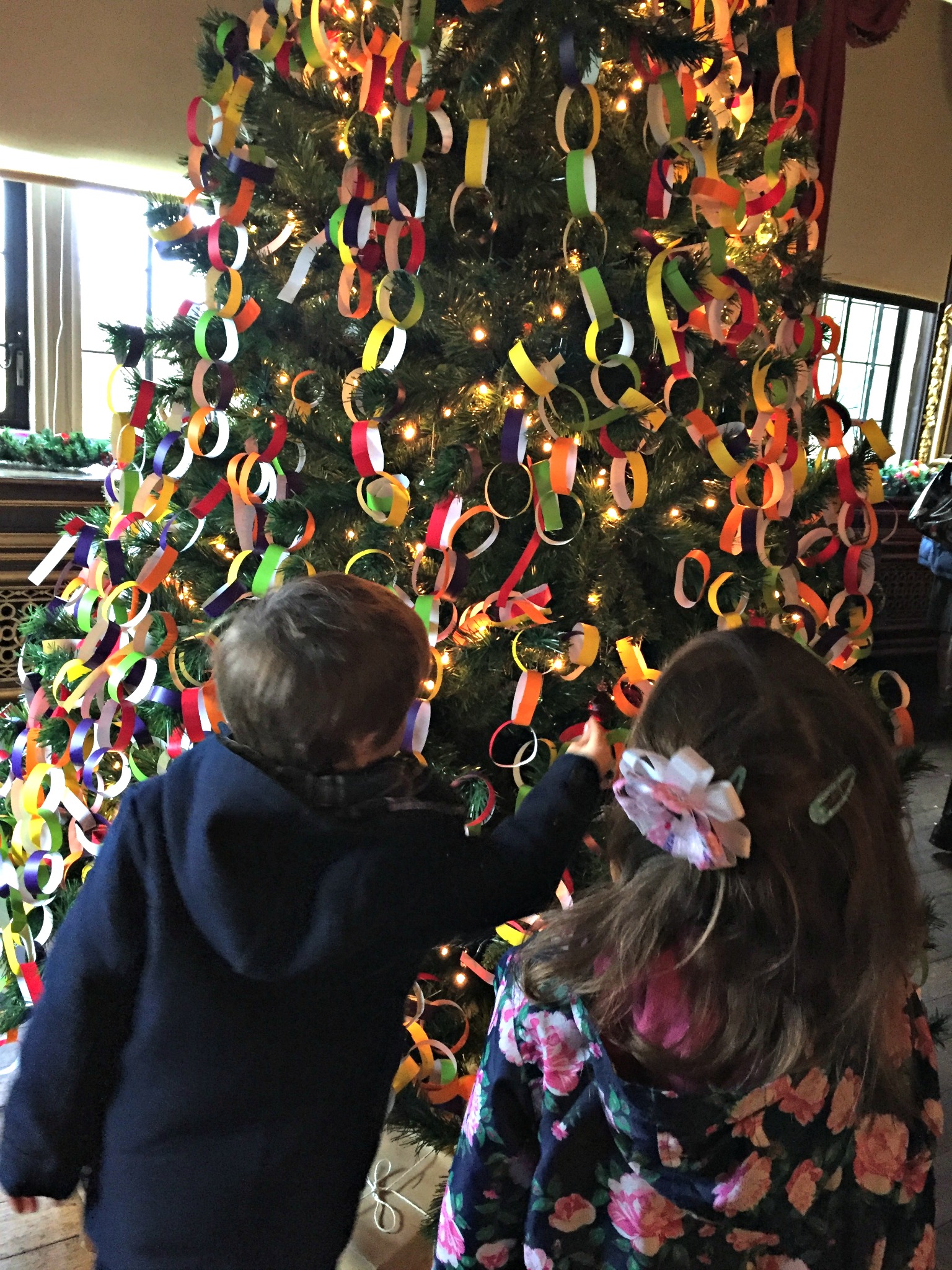 The tickets to see Father Christmas give you an allocated slot of 30 minutes. We could see a bit of a queue developing so started queuing about 10 minutes before our allotted time. We waited for about 20 minutes, which we thought wasn’t too bad for a busy December weekend. As we queued, one of the ghosts entertained us by telling us jokes and asking people to dance with him (yes, I was one of those who found myself waltzing up and down the waiting area!).

The room was beautiful when we stepped inside. Father Christmas sat in an old fashioned chair, dressed in a luxurious red and white costume. Piles of presents were wrapped traditionally in brown paper and string, and there was a tree in the corner.

He asked my children a few questions and posed for a few photos (there’s no-one taking official photos but you can take as many as you like of your own) before giving them a small gift. 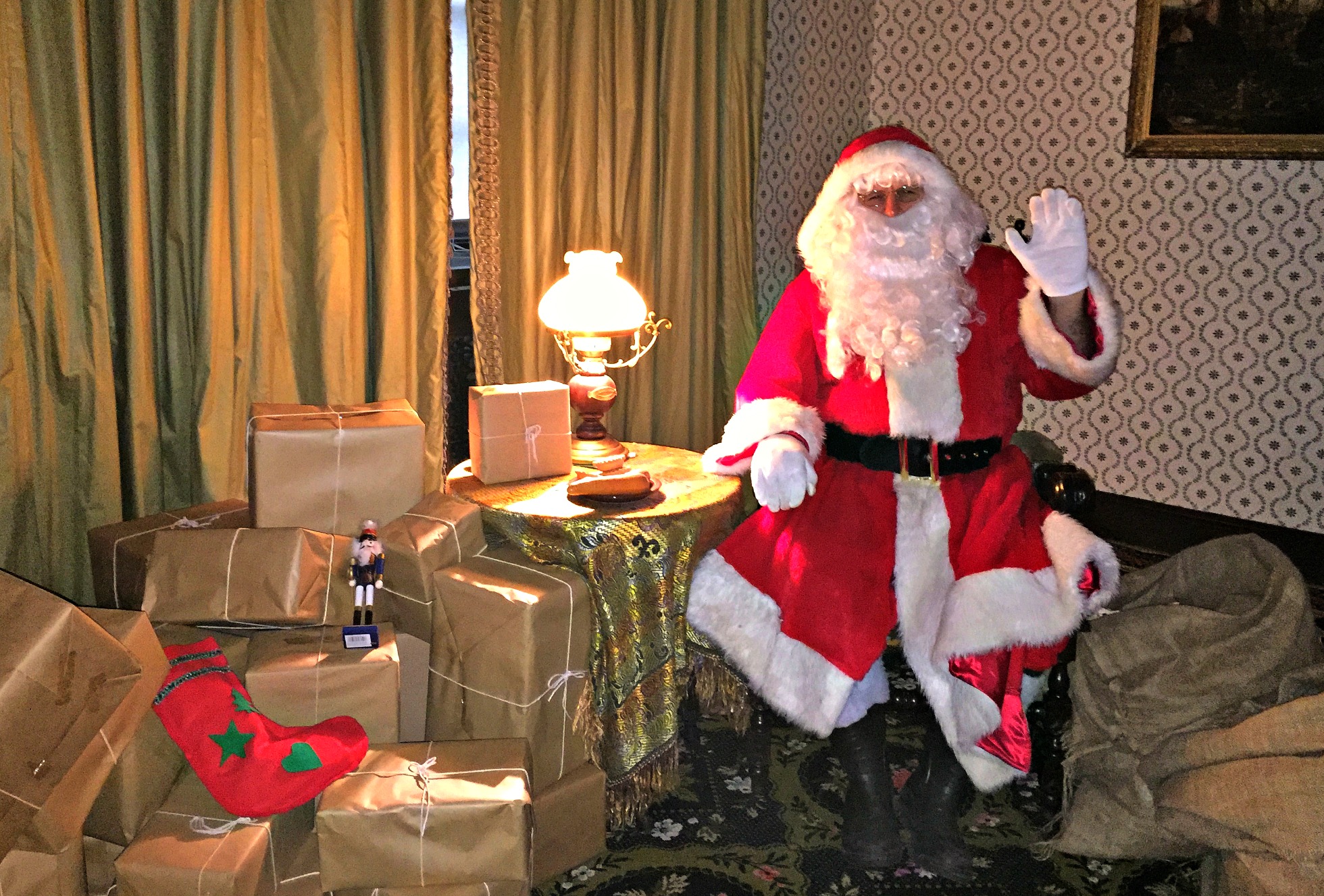 We were inside the room for around five minutes, which doesn’t sound long but was just about enough. The gifts were good quality considering how inexpensive the visit was – toy wooden robots for Little Miss E and Little Man O, and a fluffy penguin for Toddler Boy I.

Father Christmas at Tredegar House is more of a traditional meet and greet than the kind of Santa ‘experience’ that seems to be more and more common these days. The fact you don’t have to book in advance makes it a good option for time-pushed families, it’s affordable enough that you haven’t wasted a fortune if your child is scared of Father Christmas, and there’s plenty of other activities going on around the house to keep you entertained before and after the visit.

What really stands out from our visit to Tredegar House is the old-fashioned, traditional atmosphere. It’s such a lovely contrast to some of the fast-paced materialism of Christmas and a reminder of the simplicity of times gone by.

Have you been to see Father Christmas at Tredegar House? Let me know your thoughts in the comments section below, on the Cardiff Mummy Says Facebook page or by tweeting me on @cardiffmummy

*Disclaimer: we paid for our own tickets to see Father Christmas at Tredegar House and used our National Trust membership cards for entry.