We spent the May Whitsun bank holiday weekend at the in-law’s caravan in Borth. The seaside town in Ceredigion is somewhere we’ve been to a lot over the years and, having visited pretty much everywhere within a 90-minute radius, we decided to venture further afield this time with a trip to Caernarfon Castle, one hour and 45 minutes away. The journey was worth it for us as it’s free to visit with the Cadw family membership I had for my birthday last year, but to break up the journey we decided to stop at Beddgelert en route, reaching our destination after an hour and a half.

Beddgelert has almost mythical status among my two oldest children, as they’ve learned about it at school. They know it’s a ‘chwedl’ – the Welsh word for legend (more about that later) – but I’m not sure if they actually realised it’s somewhere they could visit, so it worked out well as a stopping-off point to the castle. It’s also somewhere I remember visiting as a child on one of our many family holidays in North Wales and so I was looking forward to a return trip with my own children.

The village of Beddgelert itself is beautifully quaint, with stone-walled tearooms and gift shops, several small bridges over the river Glaslyn, and cocooned by the green mountains of Snowdonia all around. There’s a map with various marked routes to follow, ranging from half an hour to several hours. We spent the best part of an hour exploring at our own pace, throwing sticks in the river and playing in the dens we found in the woodland. 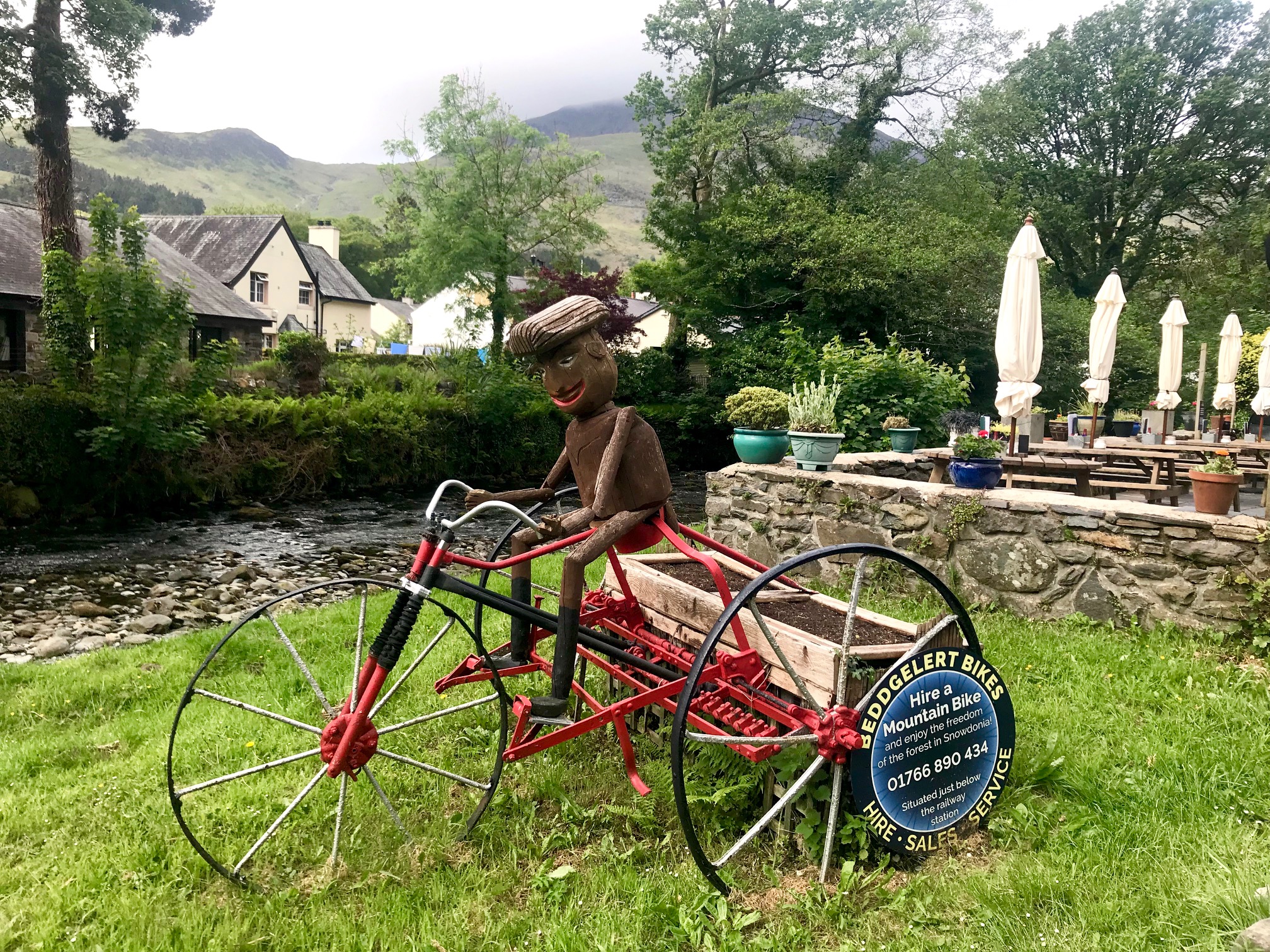 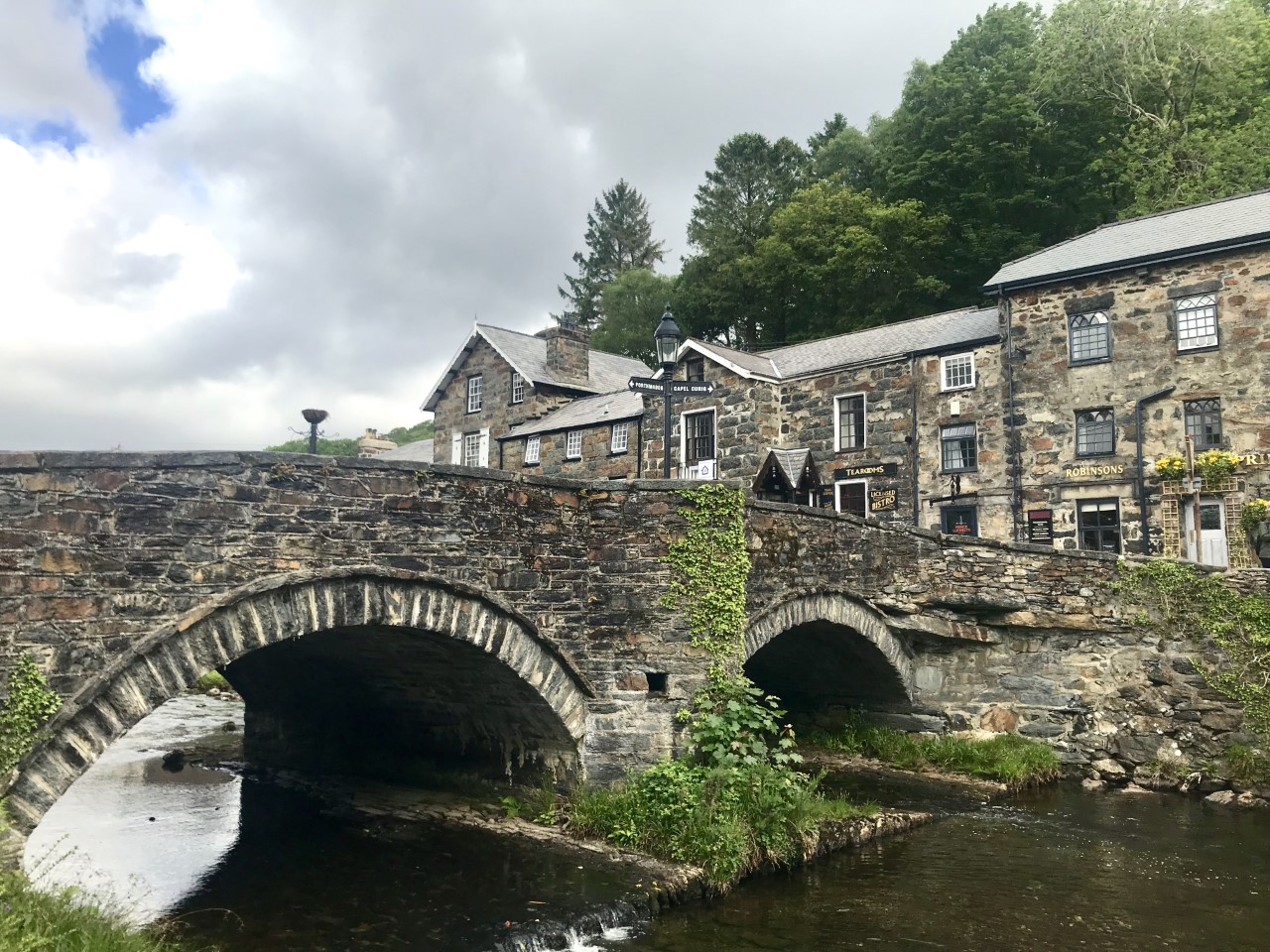 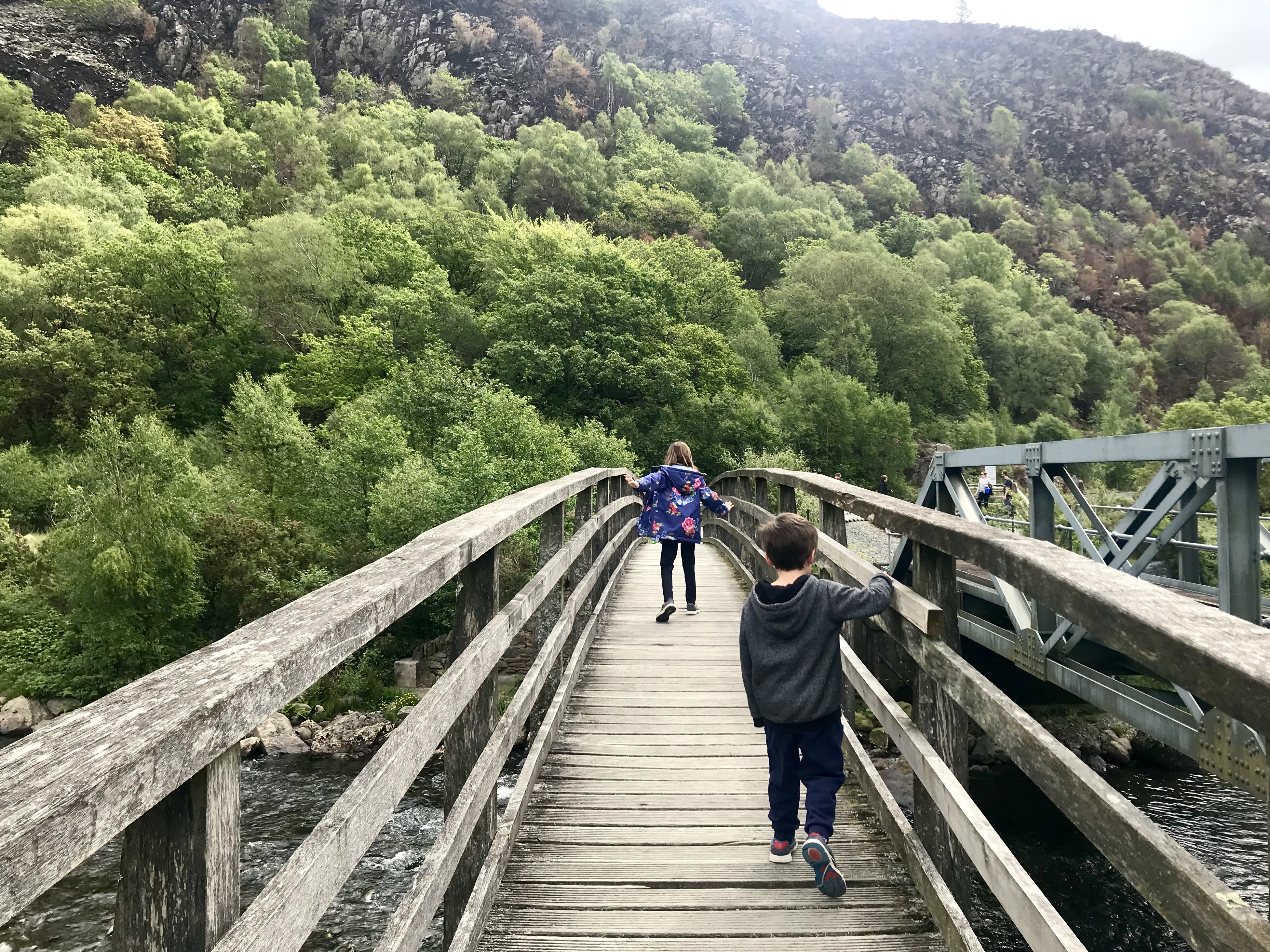 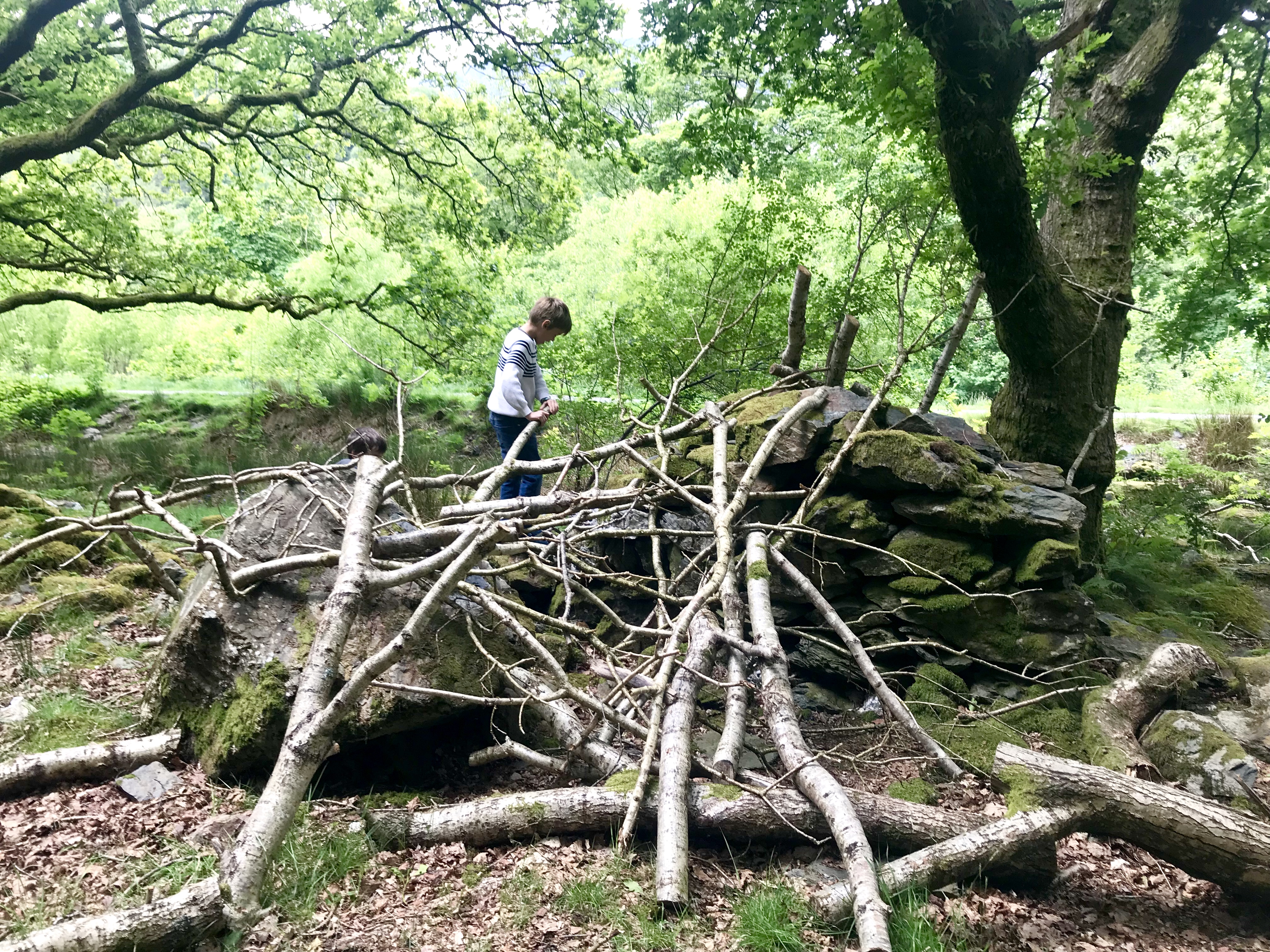 However, it’s the lone tree shadowing two text-covered slate plaques, surrounded by iron railings, and the nearby stone walls with a statue of dog inside, that is most tourists’ purpose of visiting and what most people think of when they hear the word Beddgelert.

Beddgelert translates as Gelert’s Grave, and legend has it that the site is the resting place of a dog called Gelert, killed by his owner, Prince Llywelyn the Great, in the 13th century, in what turned out to be a huge mistake. 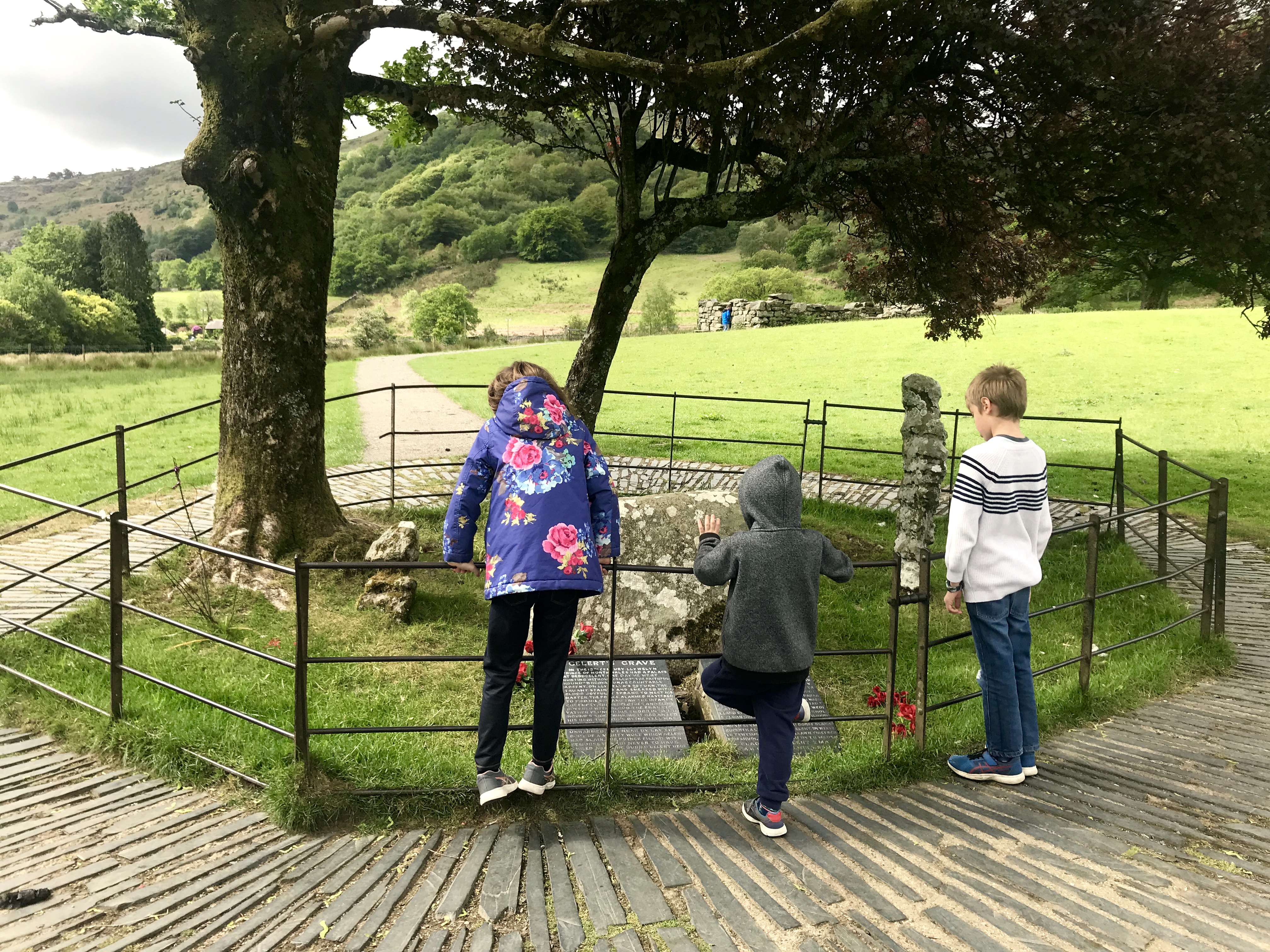 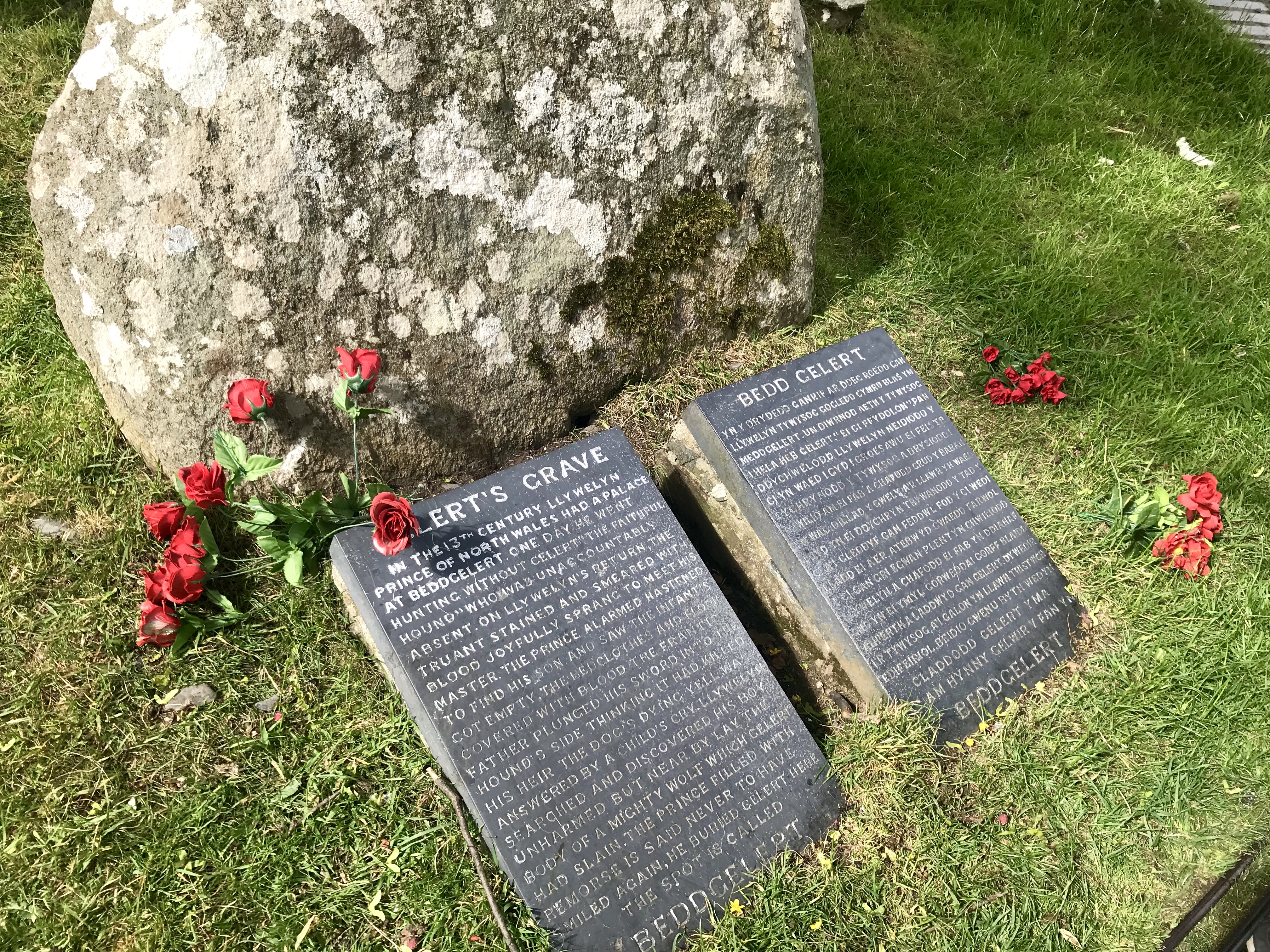 The story on the tombstone reads as follows:

“In the 13th century Llewelyn, prince of North Wales, had a palace at Beddgelert.
One day he went hunting without Gelert, ‘The Faithful Hound’, who was unaccountably absent.

On Llewelyn’s return the truant, stained and smeared with blood, joyfully sprang to meet his master.
The prince alarmed hastened to find his son, and saw the infant’s cot empty, the bedclothes and floor covered with blood.

The frantic father plunged his sword into the hound’s side, thinking it had killed his heir.
The dog’s dying yell was answered by a child’s cry.

Llewelyn searched and discovered his boy unharmed, but nearby lay the body of a mighty wolf which Gelert had slain.
The prince filled with remorse is said never to have smiled again. He buried Gelert here”.

It would be wonderful if the story were true, but it’s generally accepted to be a folk tale. It’s thought Beddgelert takes its name from an early Celtic saint named Kilart, or Celert and variations of the tale appear in different cultures (you can read some of them here). Even Disney’s 1955 animated film Lady and the Tramp features a similar story, with Tramp carried off to the pound when he’s found in the baby’s room with an overturned cradle. Lady shows the dead rat behind the curtain and they realise Tramp saved the baby, so thankfully he is spared the fate of Gelert. 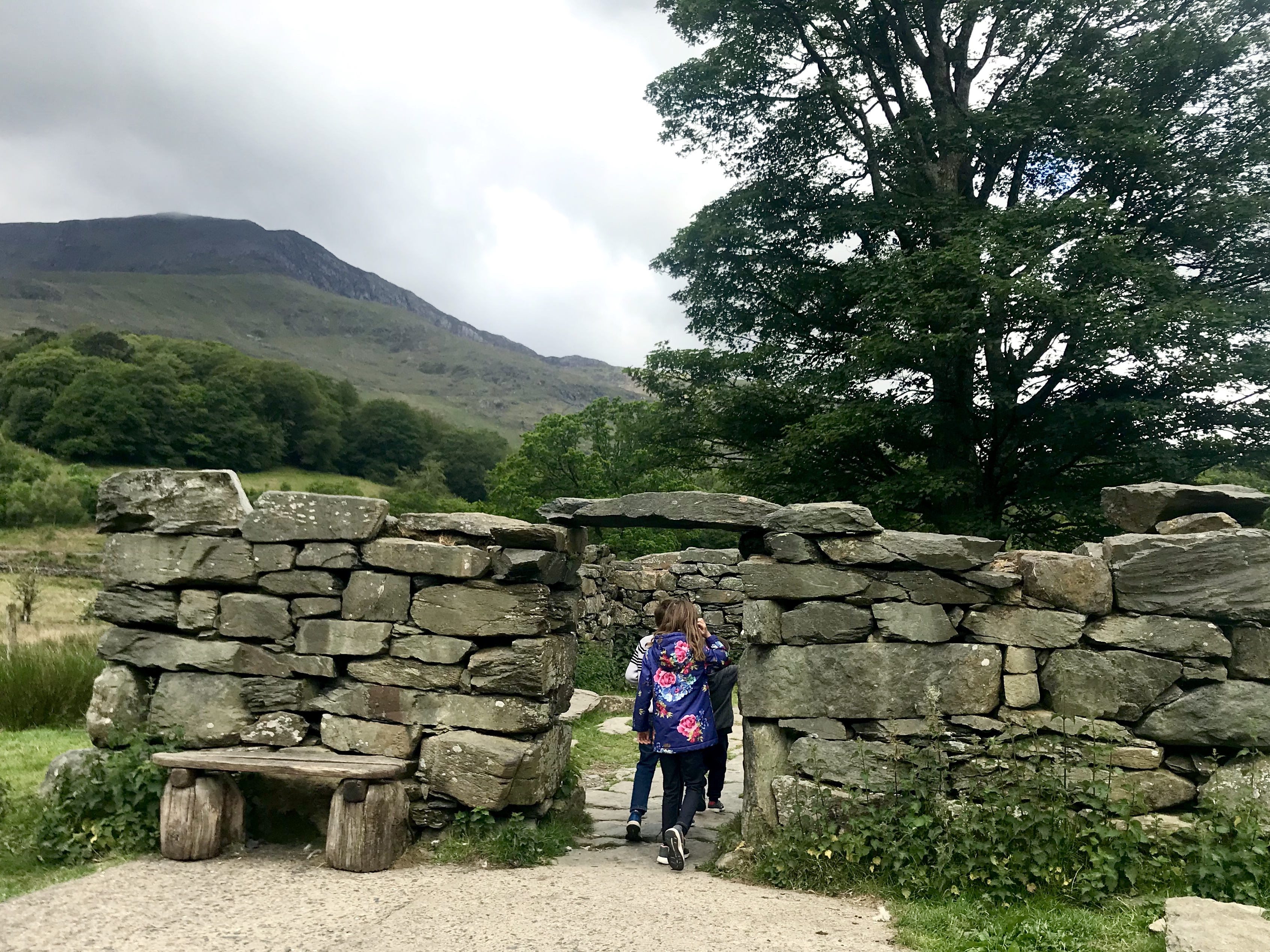 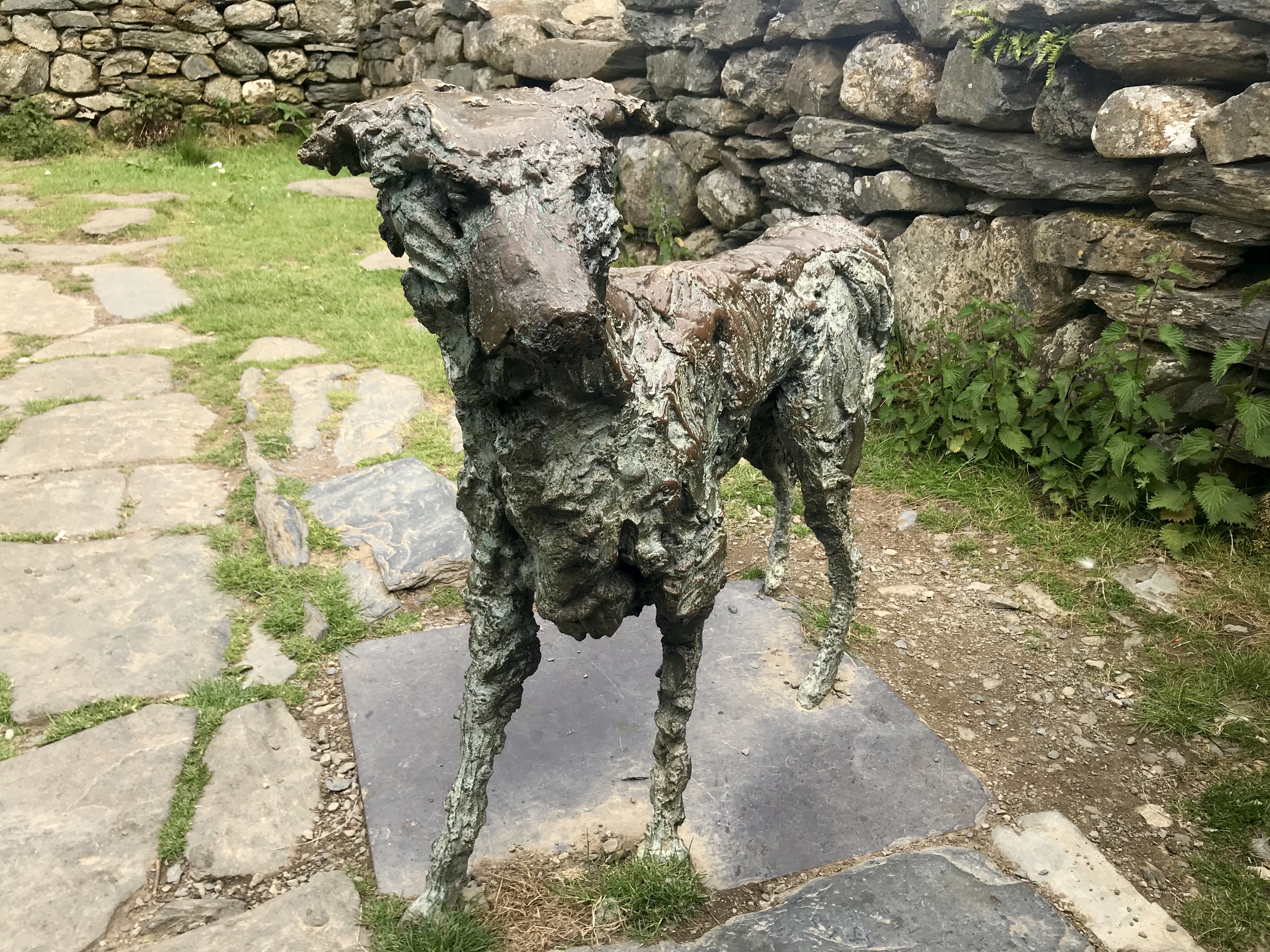 True or not though, Beddgelert has always felt to me like an important place to visit in terms of Welsh culture and history. For us, it opened up conversations on myths and legends and the old traditions of storytelling before they were written down. It lead to conversations on assessing all the facts before taking rash and dramatic actions. And it felt so peaceful and quiet, we enjoyed a couple of hours of family time exploring the beautiful countryside nearby.

Have you been to Beddgelert? I’d love to know your experiences and top tips in the comments below, on the Cardiff Mummy Says Facebook page or you can tweet me on @cardiffmummy

You can see more of our UK travel adventures here or follow Cardiff Mummy Says on Instagram.