A bank holiday weekend – and with blue skies and sunshine yesterday, what better place to be than the best beach in Wales? The stunning three mile sandy stretch of Rhossili Bay in Gower was not only voted Wales’ Best Beach 2018 but also came third in the UK in the TripAdvisor Travellers’ Choice Awards, and was named in Suitcase magazine’s Top 10 beaches in the World among countless other accolades.

In fact the Gower Peninsular as a whole – with more than 25 beaches and rugged farmland – was designated Britain’s first Area of Outstanding Natural Beauty in 1956. It’s a popular place with campers and caravans – and at around an hour and a half’s drive from Cardiff it’s easy enough to drive there and back in a day too.

Rhossili is one of mine and Cardiff Daddy’s favourite places, somewhere we used to visit before children but where we haven’t been in a while. As we were in Swansea that morning as guests of Mumbles Pier (more to come on that soon), we thought we’d take advantage and finish the day with a trip to the beauty spot. 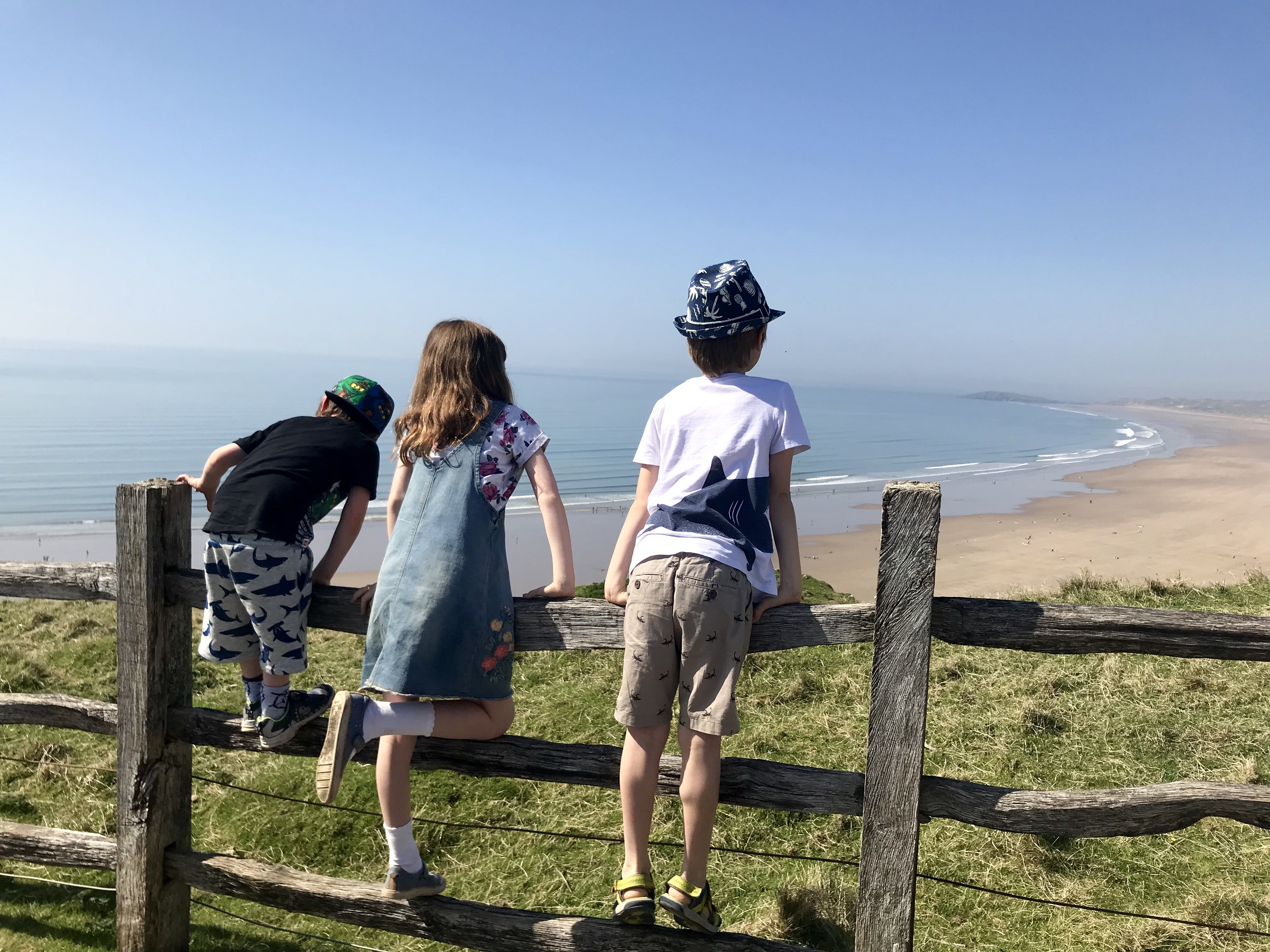 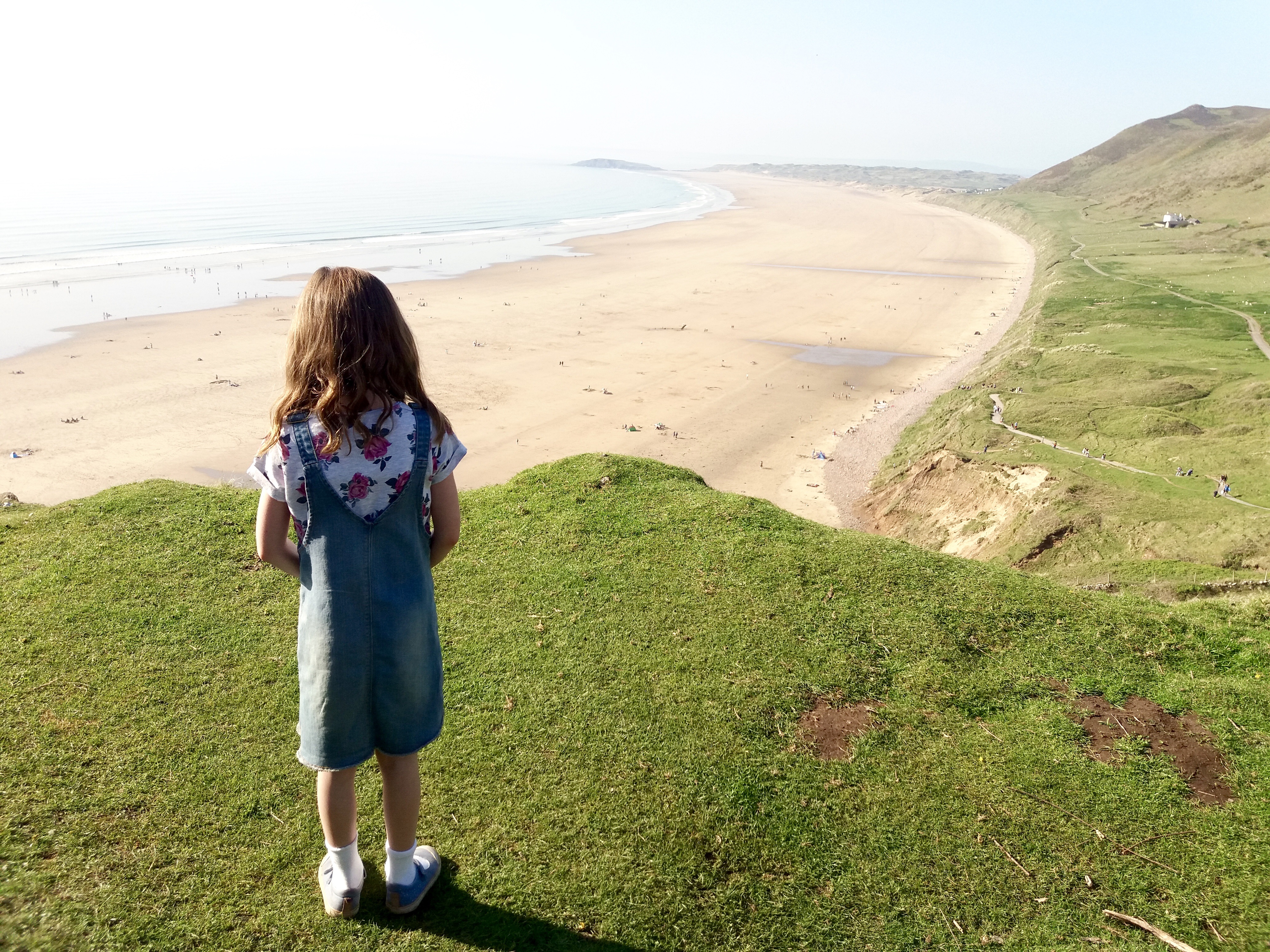 We arrived around 2.30pm, parking in the National Trust owned car park at the top of the cliffs. It’s £5 to park all day, £2.50 for half a day – or free for National Trust members, which was a bonus for us.

There are toilets, a visitor centre, a shop and the Worm’s Head Hotel at the top – plus the most amazing views across the beach and to Worm’s Head. One of Gower’s most recognisable landmarks, Worm’s Head is a headland of around a mile long, marking the most westerly tip of Gower. Consisting of a small island and a rocky causeway, the name comes from an ancient word ‘wurm’ meaning dragon, due to its serpent-like appearance. You can access Worm’s Head at low tide, although be careful not to get cut off when the sea comes back in. If you’re lucky you may even spot grey seals, and even dolphins. 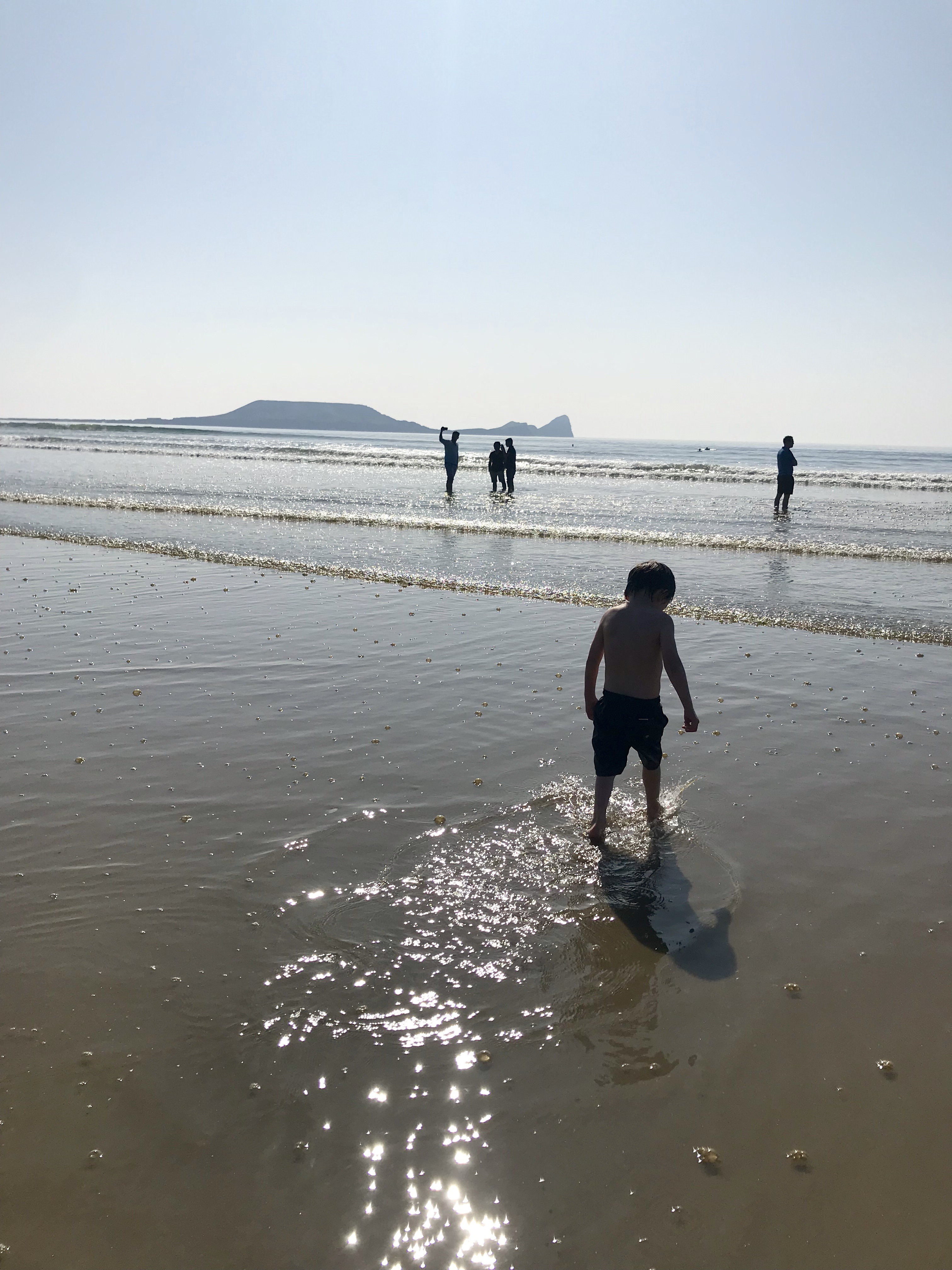 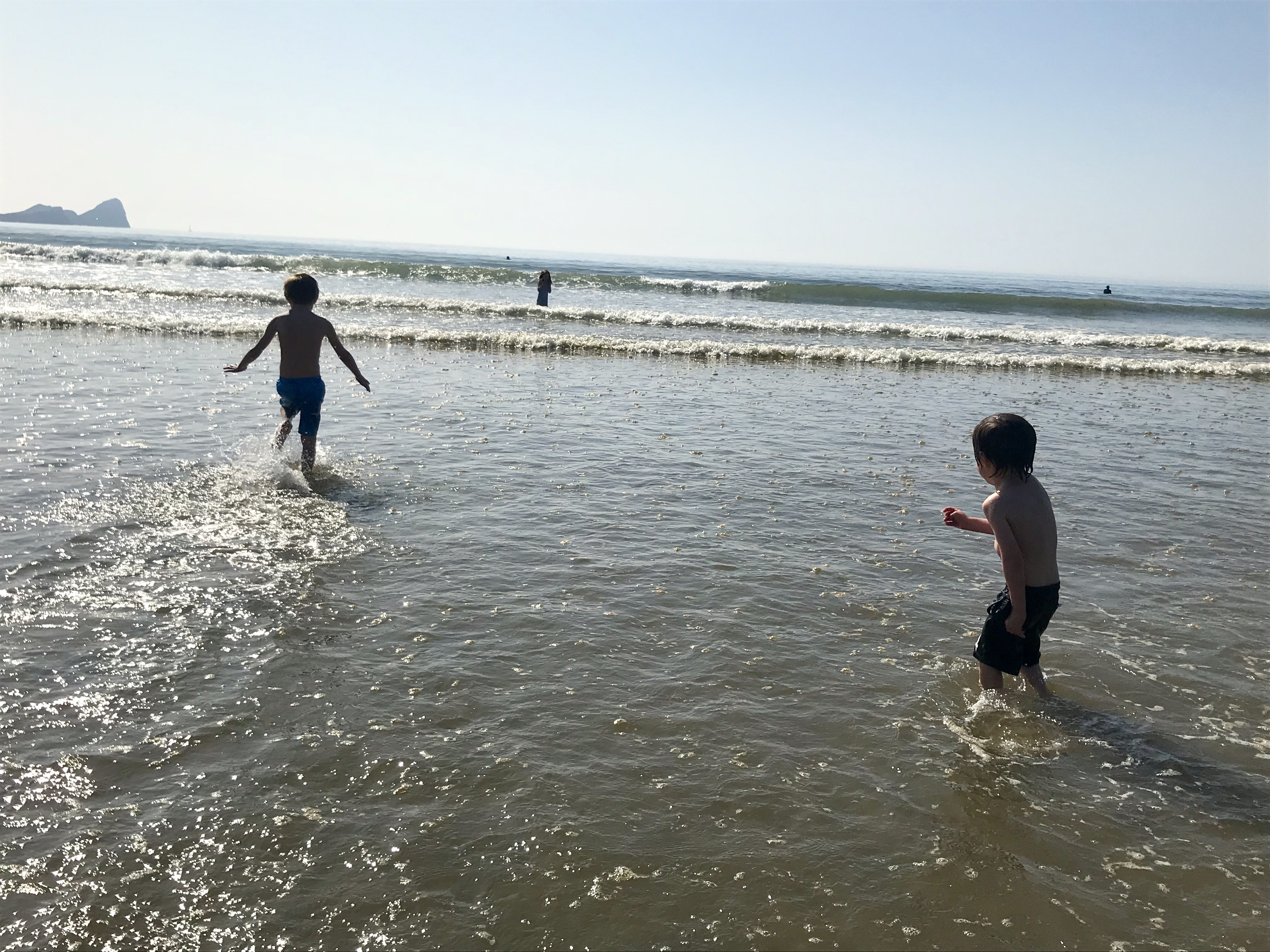 To access the white sand beach you need to walk five minutes or so down the hill. It’s not wheelchair accessible and it’s not easy to navigate with a buggy or smaller children who may struggle with walking. But that’s not to say it’s impossible. We saw several families making the journey down and up with babies and buggies – including one super dad carrying a toddler in a back pack while also pushing a baby in a buggy. It’s worth knowing there are no toilets or other facilities on the beach.

Despite the car park at the top being really busy, the beach is so vast it didn’t feel over-crowded at all.

If you’re feeling energetic then you can walk from Rhossili to the Llanegennith end of the beach which will take around 45 minutes. 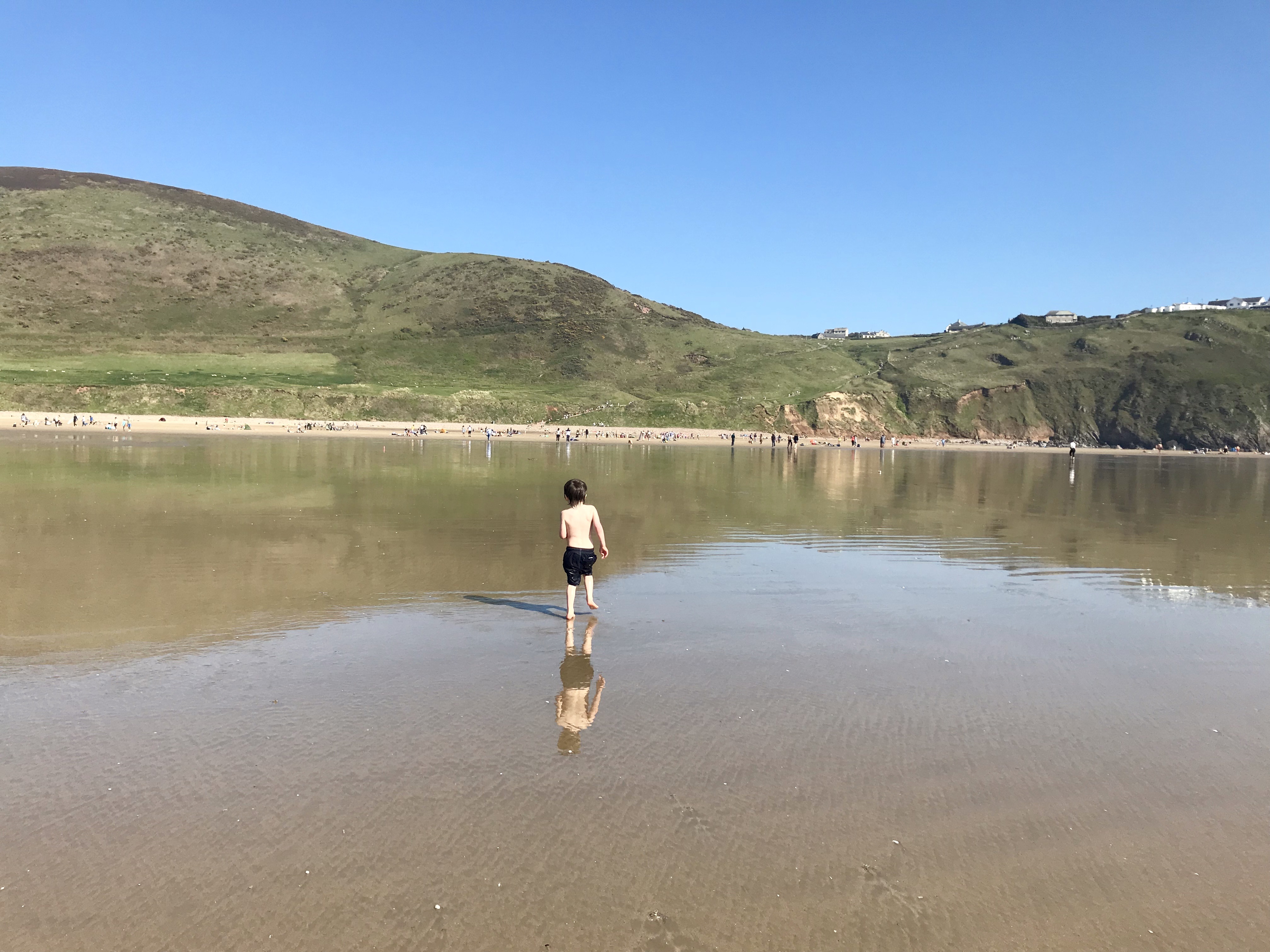 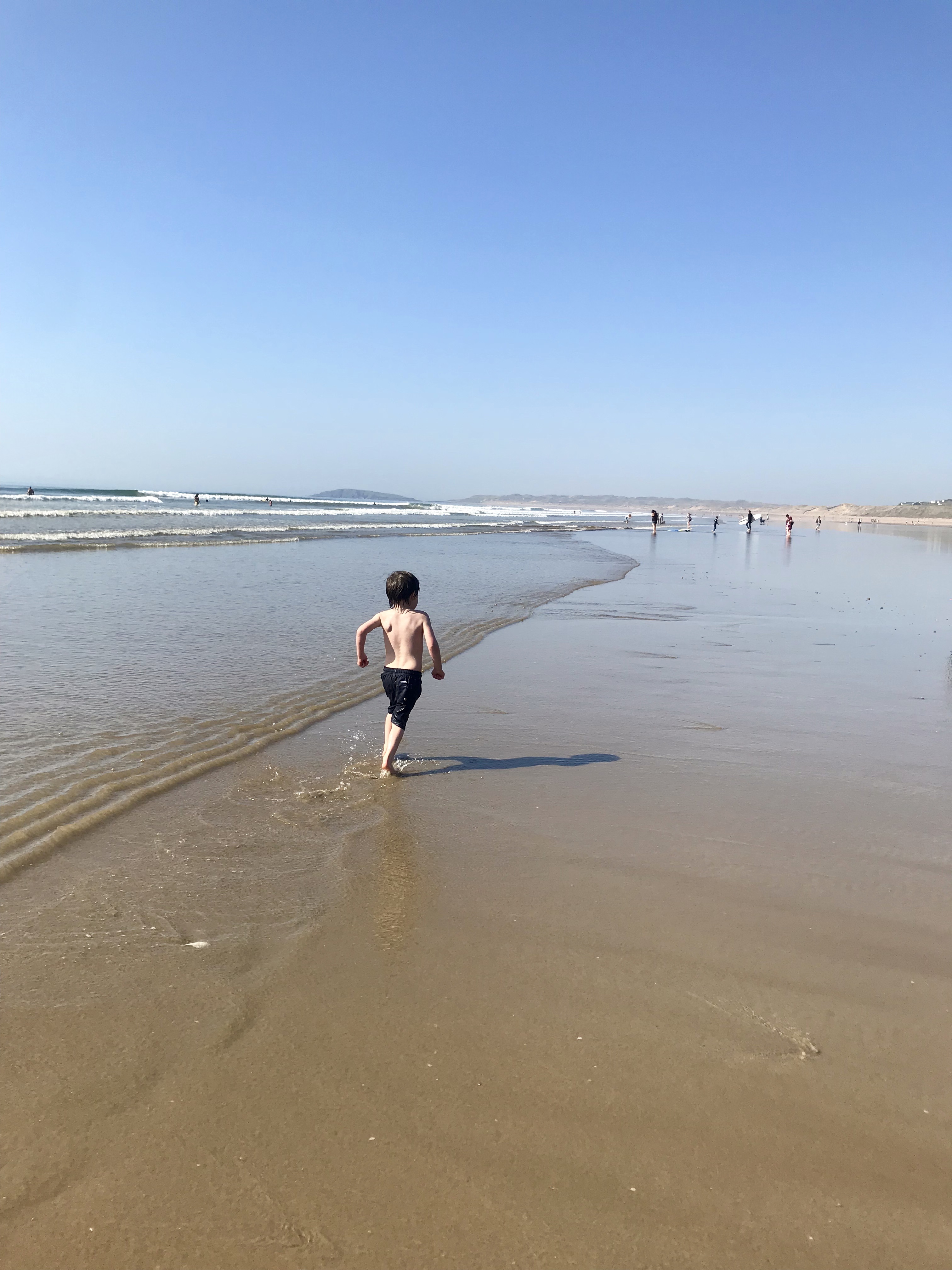 The tide was quite far out but on its way back in when we arrived, and my children wasted no time in running into the water, jumping over waves and splashing around.

I made it up to about my knees and found the water cold – although they didn’t seem bothered in the slightest.

Out of the water, we collected shells, drew pictures in the sand, and my boys played football.

We were on the beach until around 5.30pm, making the most of the early evening sun before trekking back up the hill to the car park. 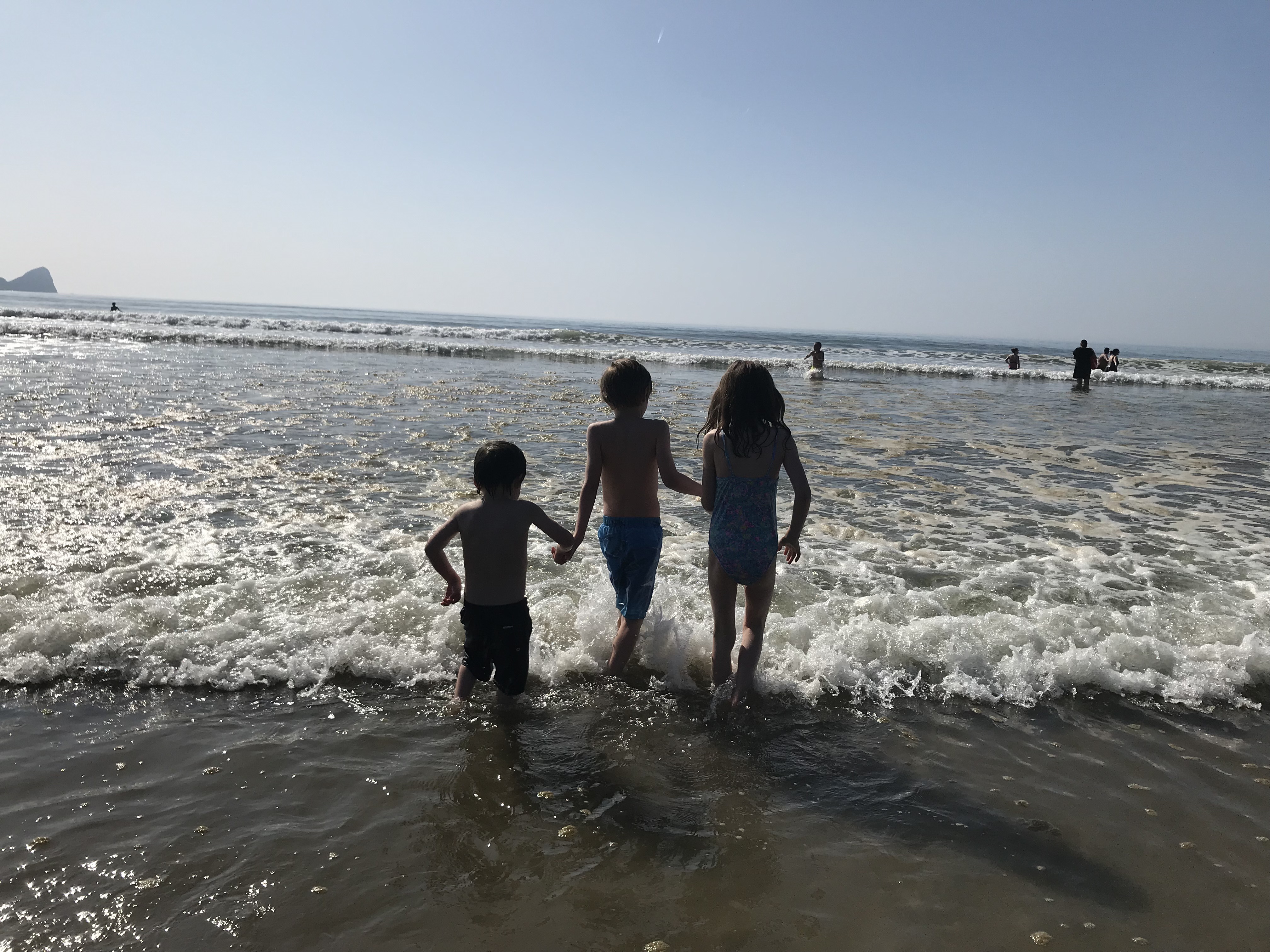 Little Miss E, my eight year old eldest child, hit the nail on the head when she commented that walking back up was harder than walking down. Luckily we made it without too much trouble, taking one last look at the view before heading back on the road to Cardiff. 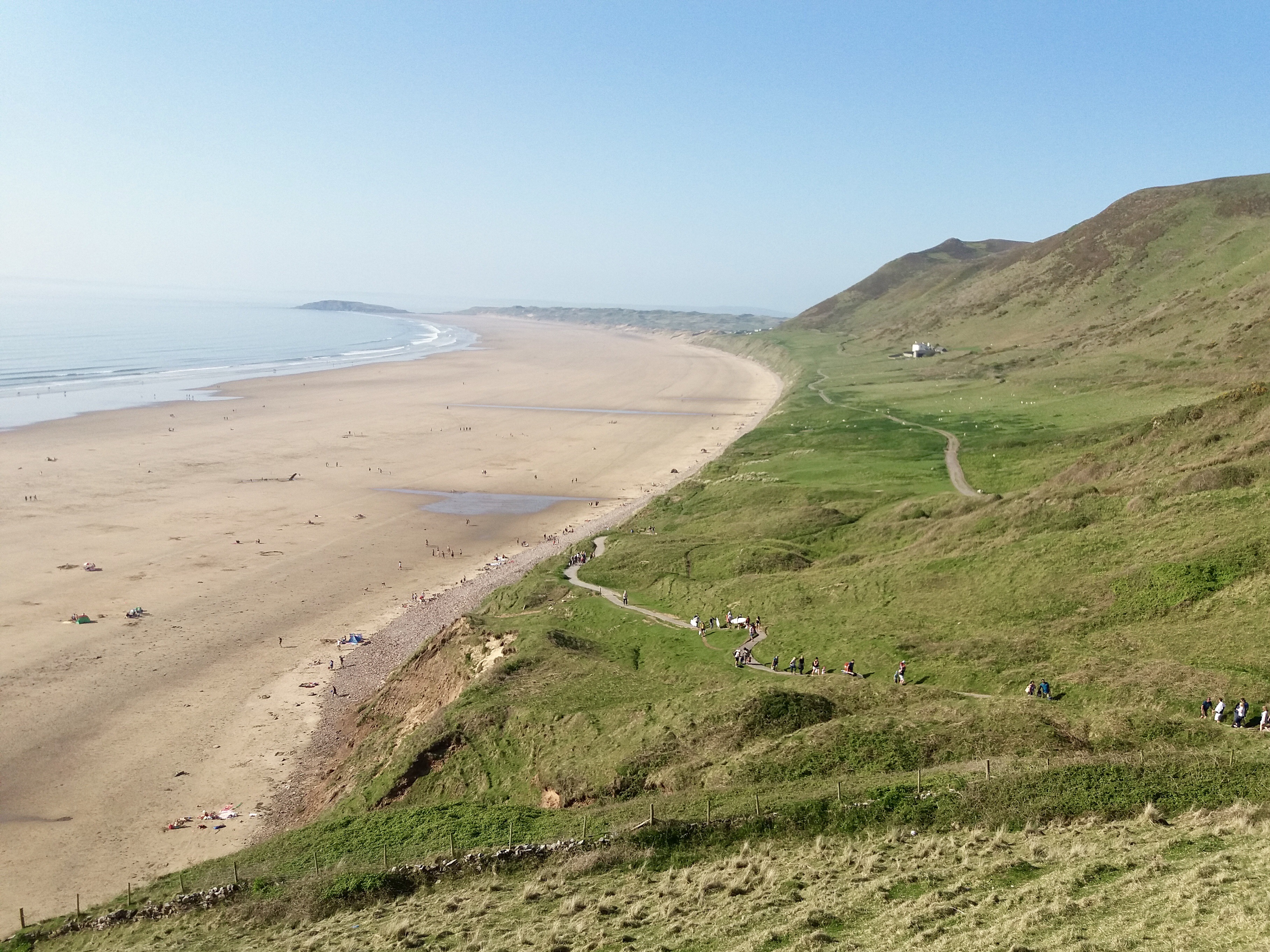 Have you been to Rhossili with your family? Let me know in the comments below, on the Cardiff Mummy Says Facebook page or you can tweet me on @cardiffmummy

Follow Cardiff Mummy Says on Instagram for more snapshots of our days out in South Wales and beyond. 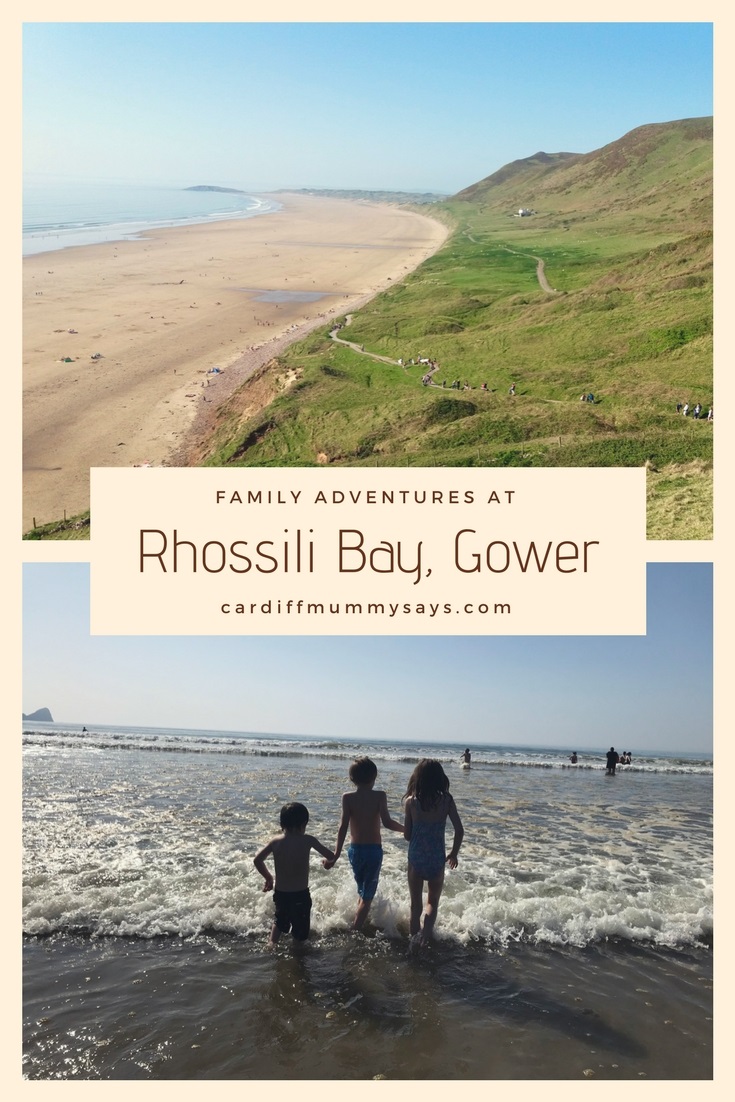